Have you ever bought a watch that you bought and sold before? I am sure many watch enthusiasts would say yes to that. Well, what if I ask you how many times you bought the same watch? I have more than one answer to this question. Here is one of them. 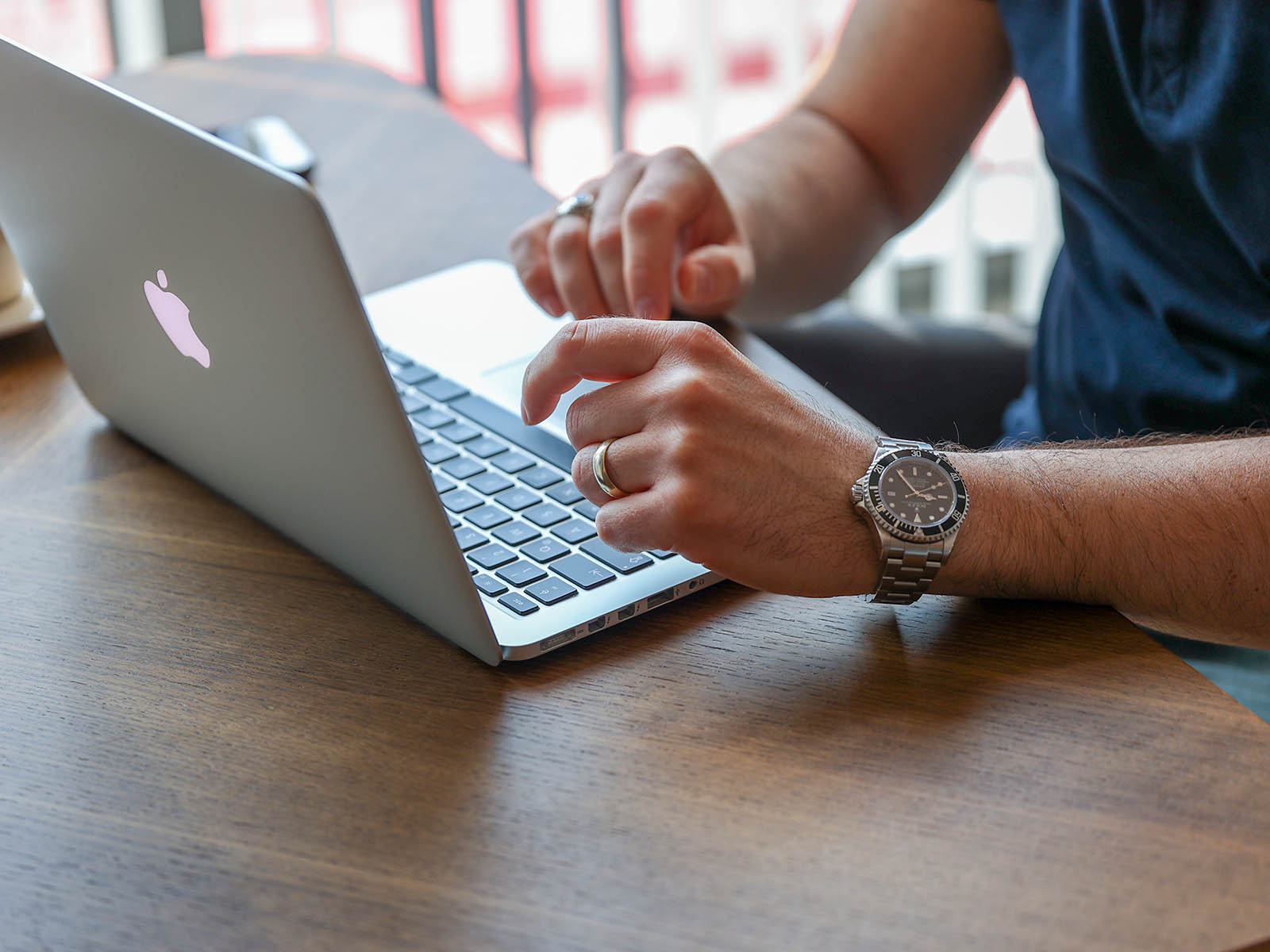 Hello everyone. I guess I don't need to express my interest in vintage Rolex models. I am sure our fellow watch lovers who follow me on Horobox TV and social media are well aware of my passion. I do not want to waste your precious time by telling my story of how I started the watch hobby, either. However, as the title suggests, a bit of flashback is essential. 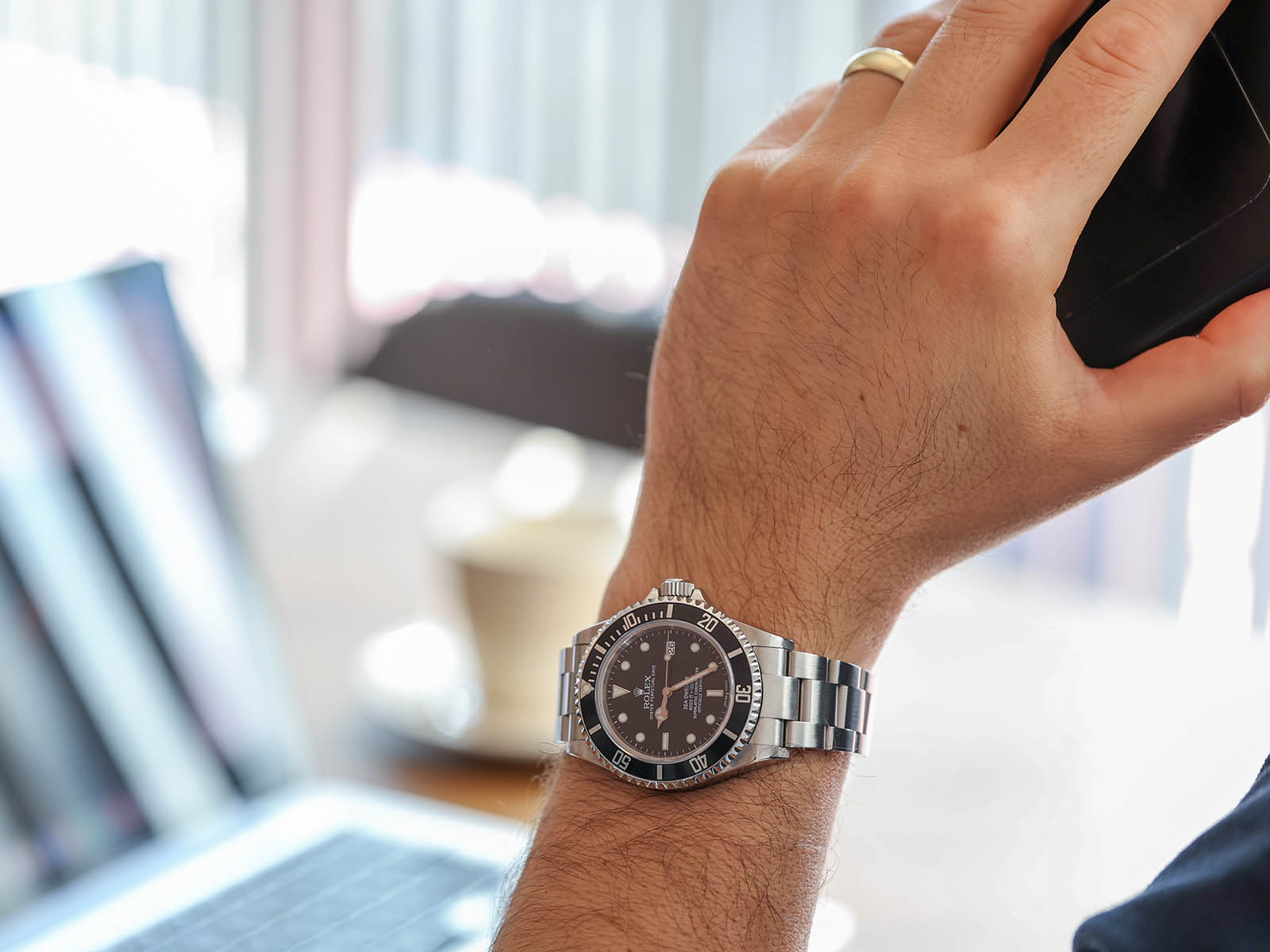 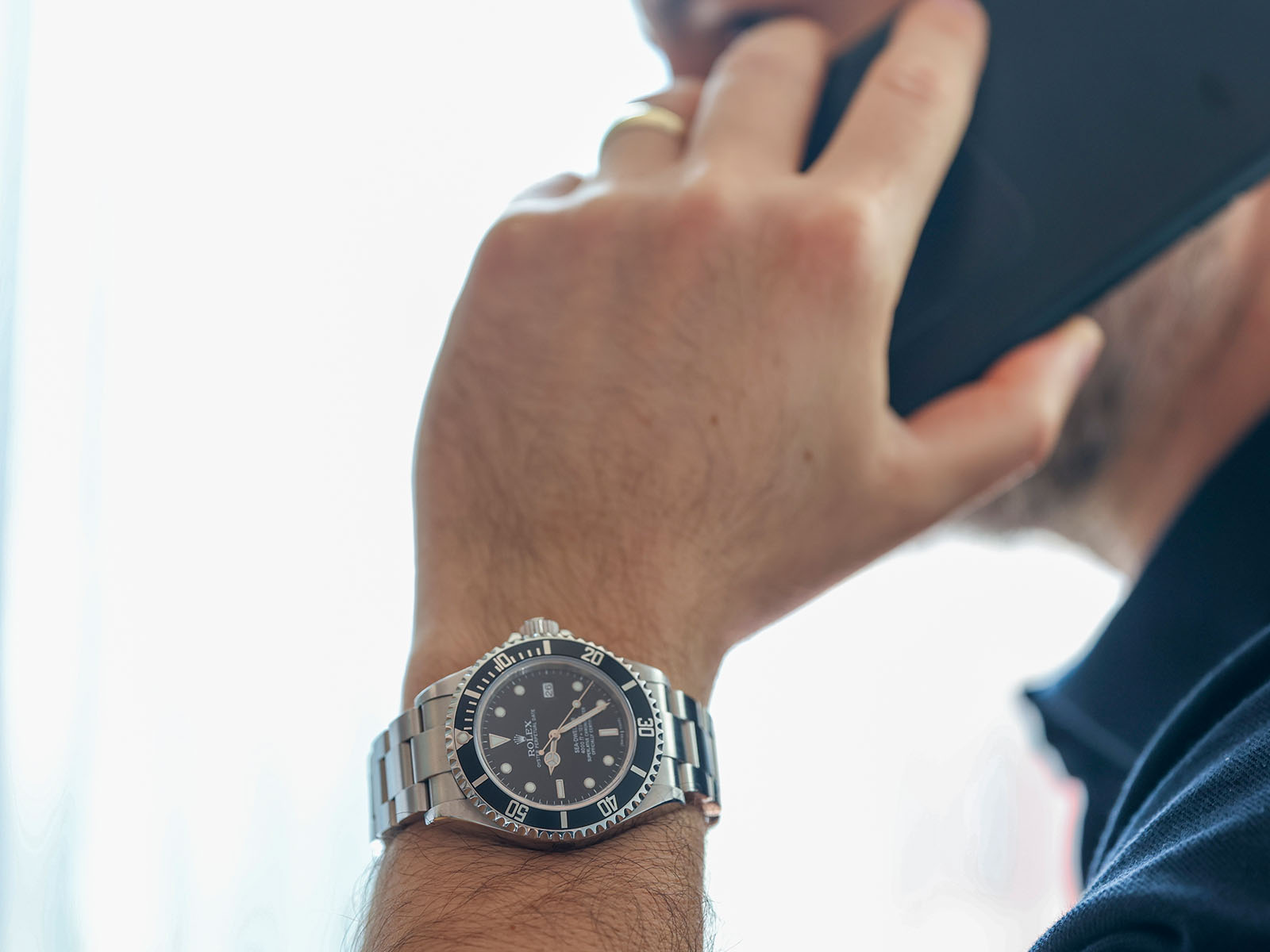 I've been collecting Rolex watches since 2006. Even though I knew the brand long before, I bought my first Rolex that year. That watch that got me thrilled, made me feel like I crowned my watch hobby as best as possible and even won a victory in life was a 1990 model (E Series) Submariner Ref. 16610. It was a pristine condition specimen. It was a stylish example where all the hands and indices on the Swiss T<25 tritium dial glowed like a torch. Of course, after discovering different models from the brand, learning the stories behind them, and due to my ever-evolving tastes, I have owned many other sports Rolex models. 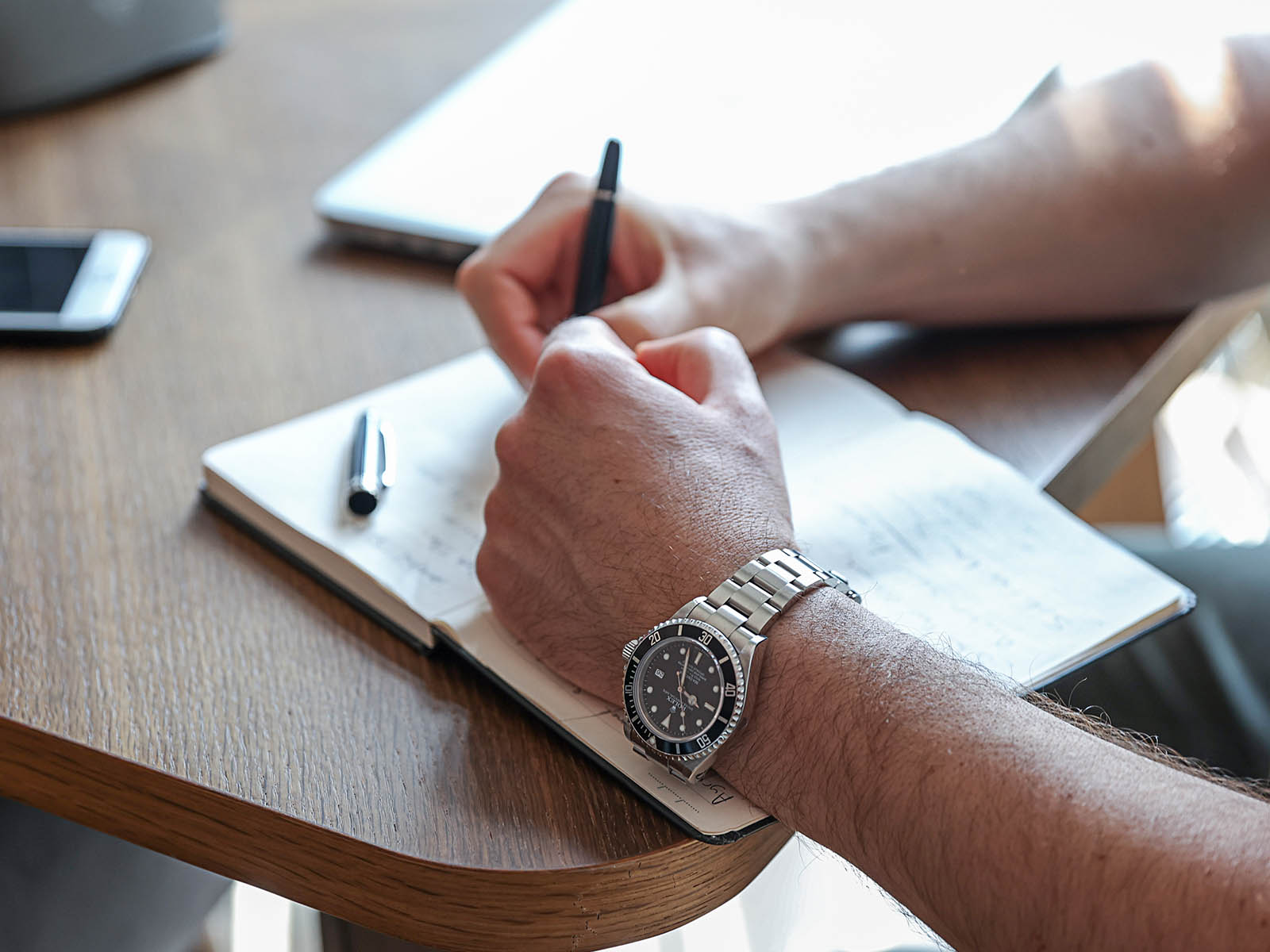 I was lucky when I first got interested in luxury watches. My job and the fact that I could line up the priorities as I wanted them to be (that means I was single at that time) were my advantages back then. However, the watch market was not the same as it is today. I do not want to whine about a bygone era, but between 2010-2014, when I was most active in watch shopping, there were neither hype models nor over-list prices on the market. I am talking about normal times when second-hand was cheaper than new. The era when you can enter a Rolex dealer and buy a model you want. If the model you wanted was not available, you would have it after a reasonable waiting period. 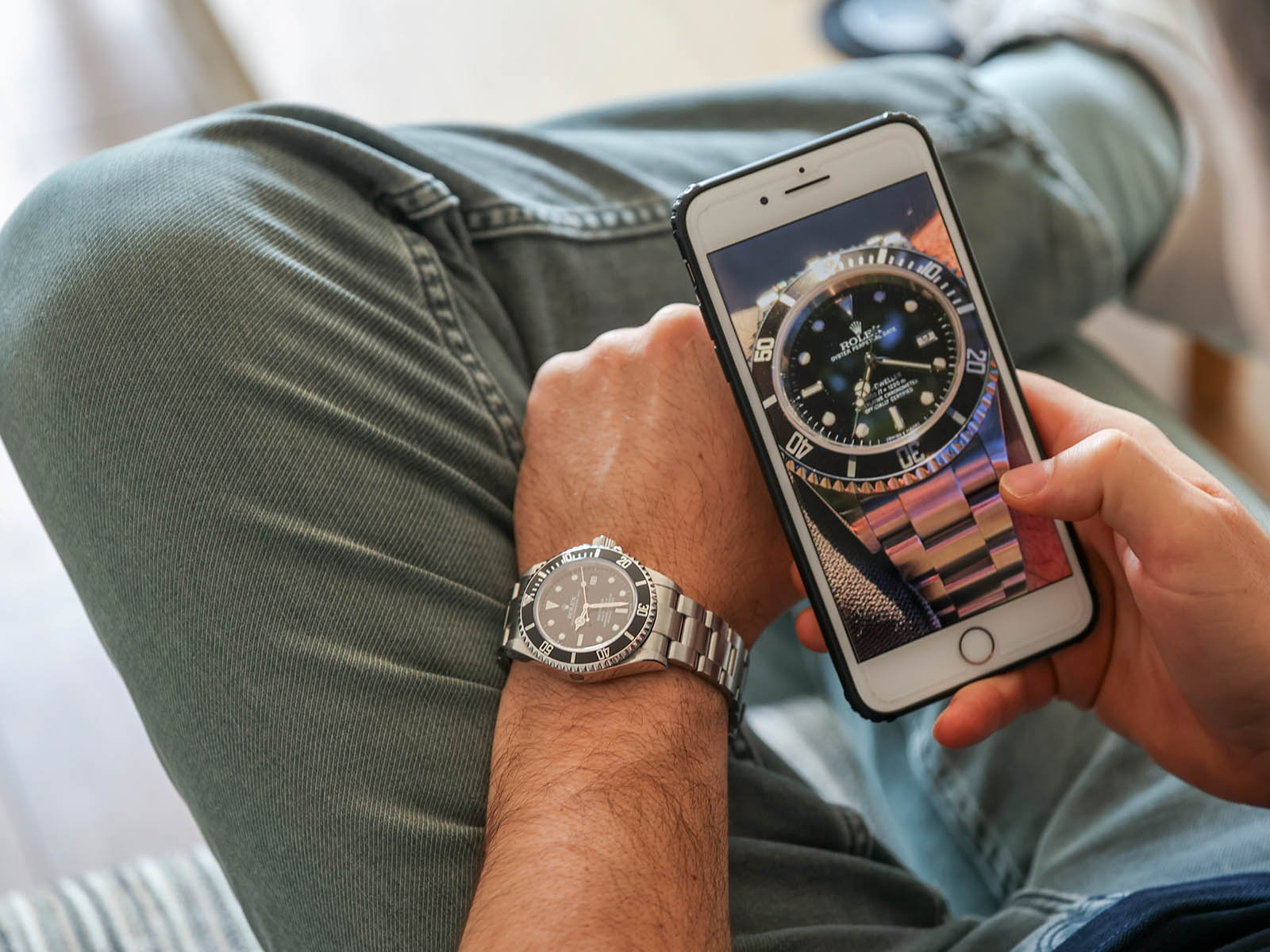 The models I was most interested in were the Submariner and the Daytona. I can say that I had almost every variant from the Submariner model family in steel or steel/gold (except those with diamonds on the dials. I guess that has always been my red line). For the Daytona, I only had steel/gold models. The steel Daytona was a cold, dull model for me. I loved 18K yellow gold watches also back then but I did not buy one (I wish I had). 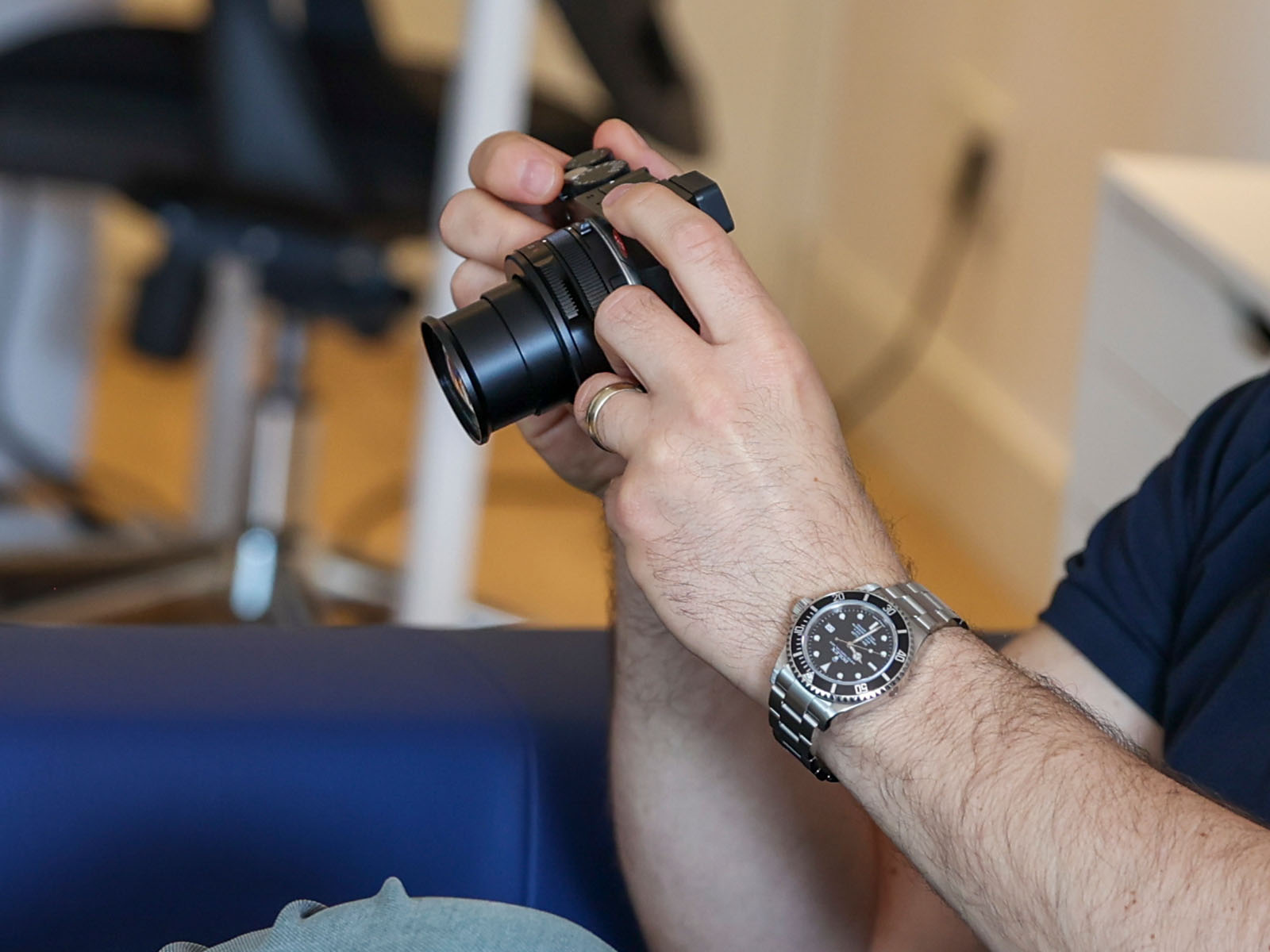 Ref.16600 Sea-Dweller is one of the most memorable models among the dozens of Rolex watches I had. I liked its four times more depth value with a slight difference in thickness compared to era-matching Submariner models. There was no cyclops on the date window. The crystal was higher, and the bezel was thicker. It was a unique model that rarely came to second-hand stores compared to other sports Rolex watches yet was often sold with slightly upper or even for the same prices as Submariners. Of course, all these features were motivations for me. 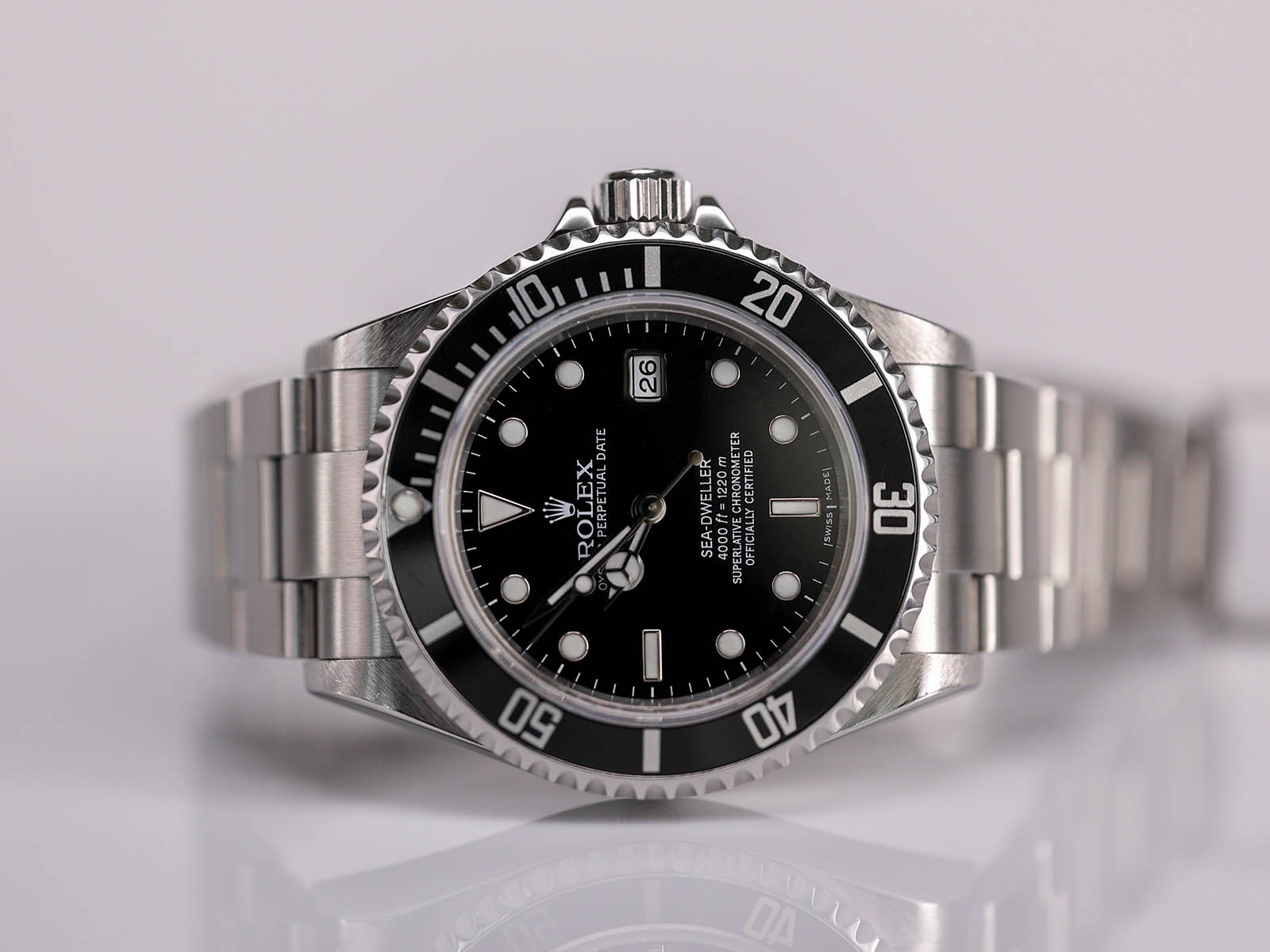 I have bought three Ref. 16600 Sea-Dweller models since 2006. The second watch was a 2006 model, preserved with the complete box set and paperwork, never polished, and produced close to being discontinued. Thanks to the unpleasant combination of ever-changing tastes and a limited budget, none of these three watches lasted long in my collection. 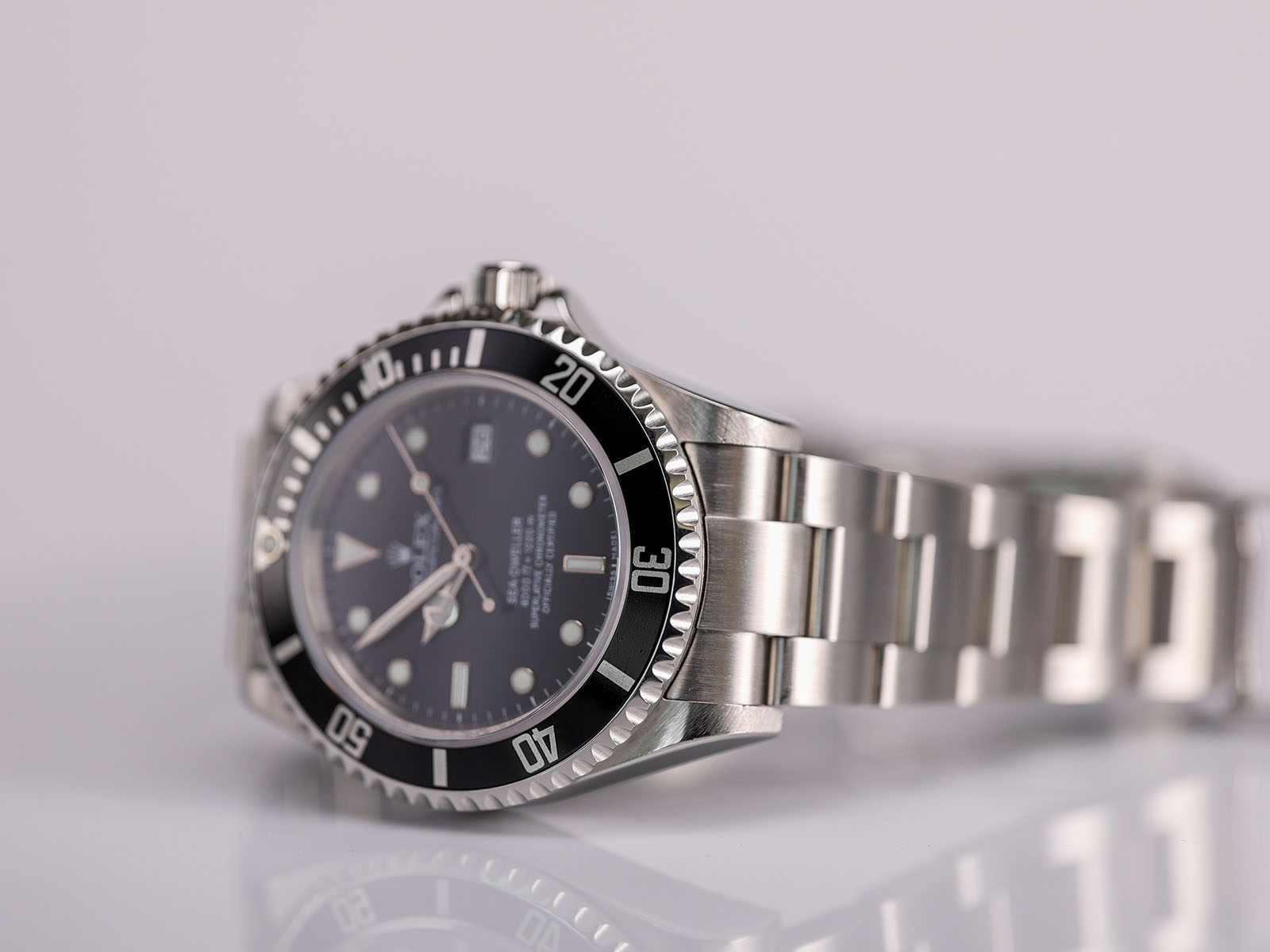 Later on, I turned the route to the newer generation models. The ceramic bezel insert, the enlarged maxi-dial, and the engineering-wonder Glidelock clasp caught my attention. The shabby aluminum bezel inserts and the soda-cap-looking folding clasps that I have encountered since the day I became interested in Rolex models were all gone. Especially the new steel-gold models literally brought the Submariner into a different age. However, besides all these updates, there was that one detail that spoiled the whole magic; SuperCase. 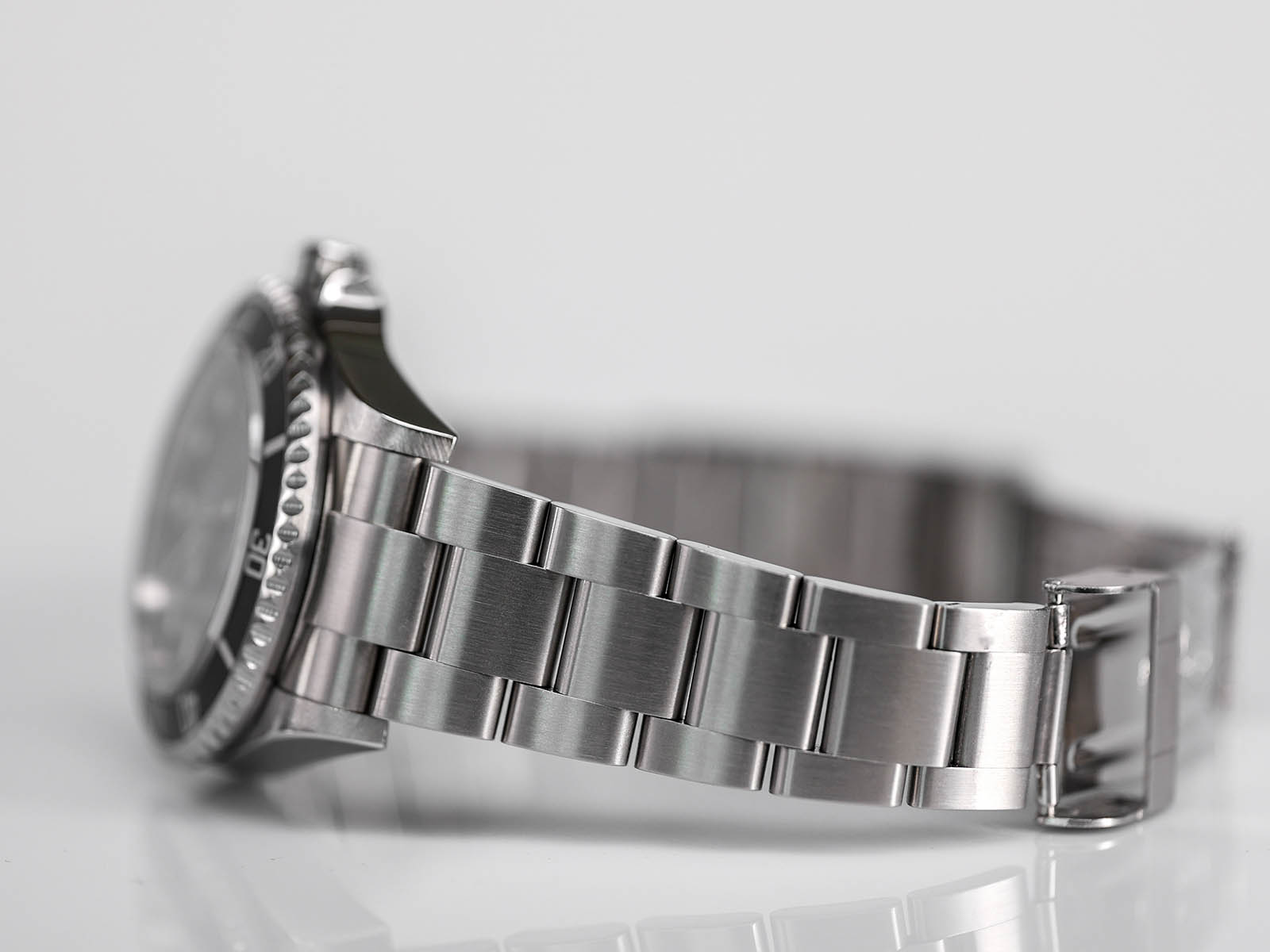 Yes,  Rolex abandoned its golden-ratio case design and introduced a cheesy case featuring thick lugs and a squarish look while renewing the Submariner (and GMT Master II) family. However, the technological improvements were so good that I overlooked this obvious mistake. To a certain extent, of course. 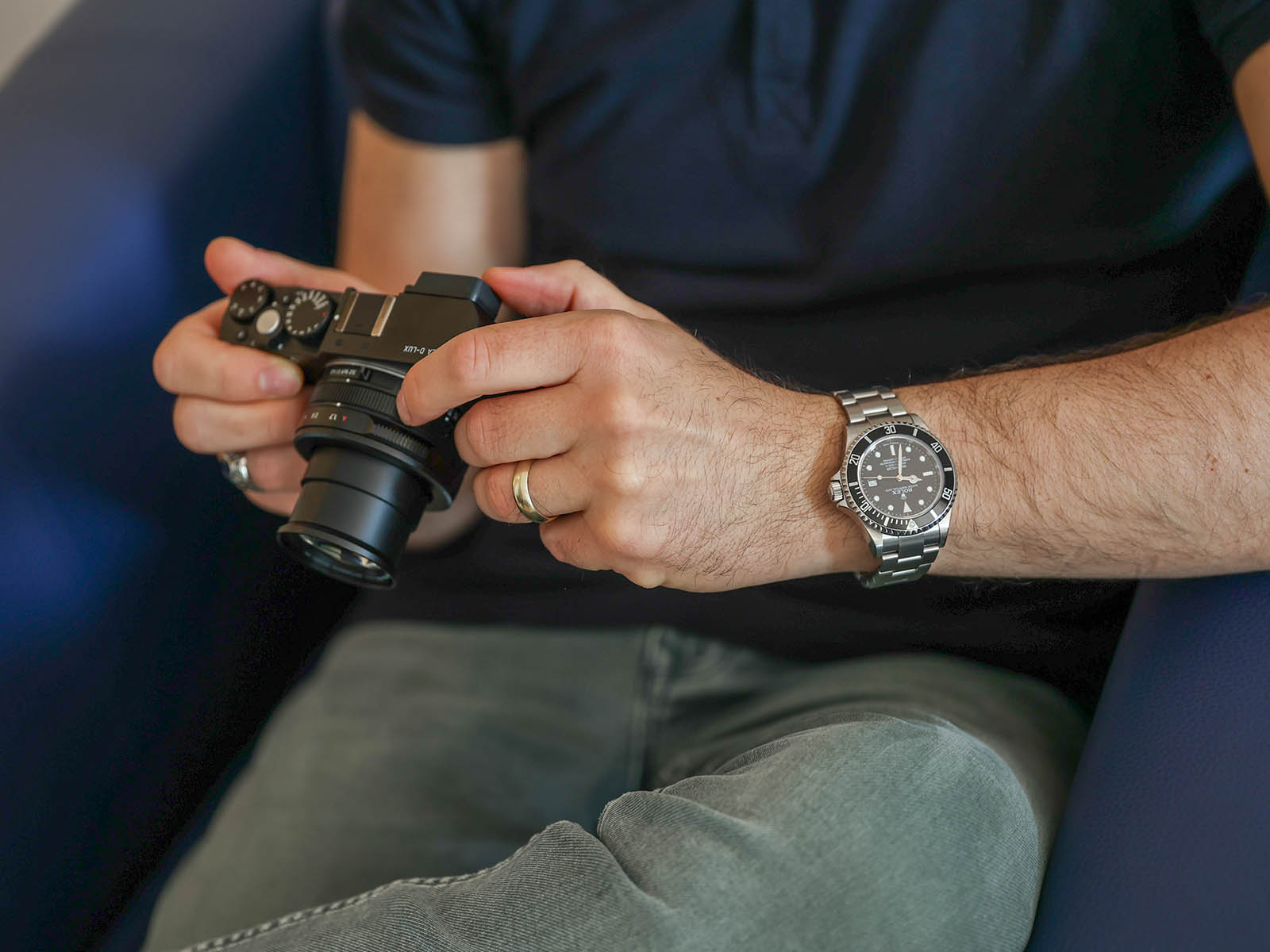 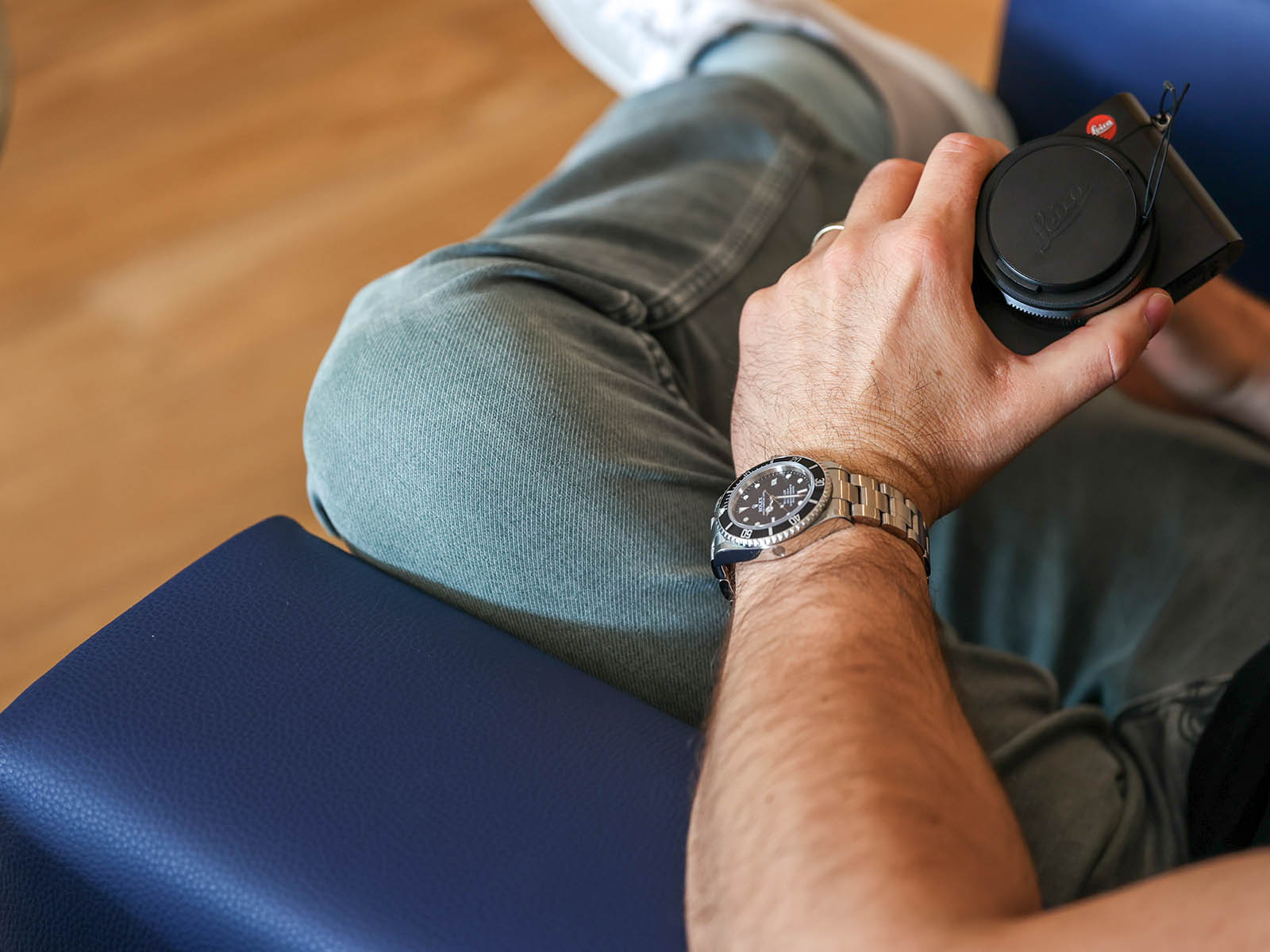 The cold and strained design of the new cases eventually led me back to the older generation models. Of course, the inevitable result was the resurgence of my love for Ref. 16600. After all the time passed and dozens of modern Submariner and Deep-Sea Sea-Dweller models I own, I realized that Ref. 16600 was actually The Ultimate Rolex Tool Watch for me. I started looking for a proper one immediately. However, there was this huge problem; the 16600 models were almost not existed anymore in second-hand stores. Due to having little to no attention from the so-called watch enthusiasts in Turkey, almost all of the existing samples have been sold abroad. The long wait (I don't call it a long search, because I didn't really look for it, to be honest) came to an end with the Instagram post of a second-hand store that I know well, and, guess what? I bought the same watch for the fourth time.

The latest Ref. 16600 addition to the collection is an example from 2008. In other words, the model is from the year it was last produced. For me, this is a nice detail. After all, isn’t it all about these details that keep the vintage Rolex passion alive? 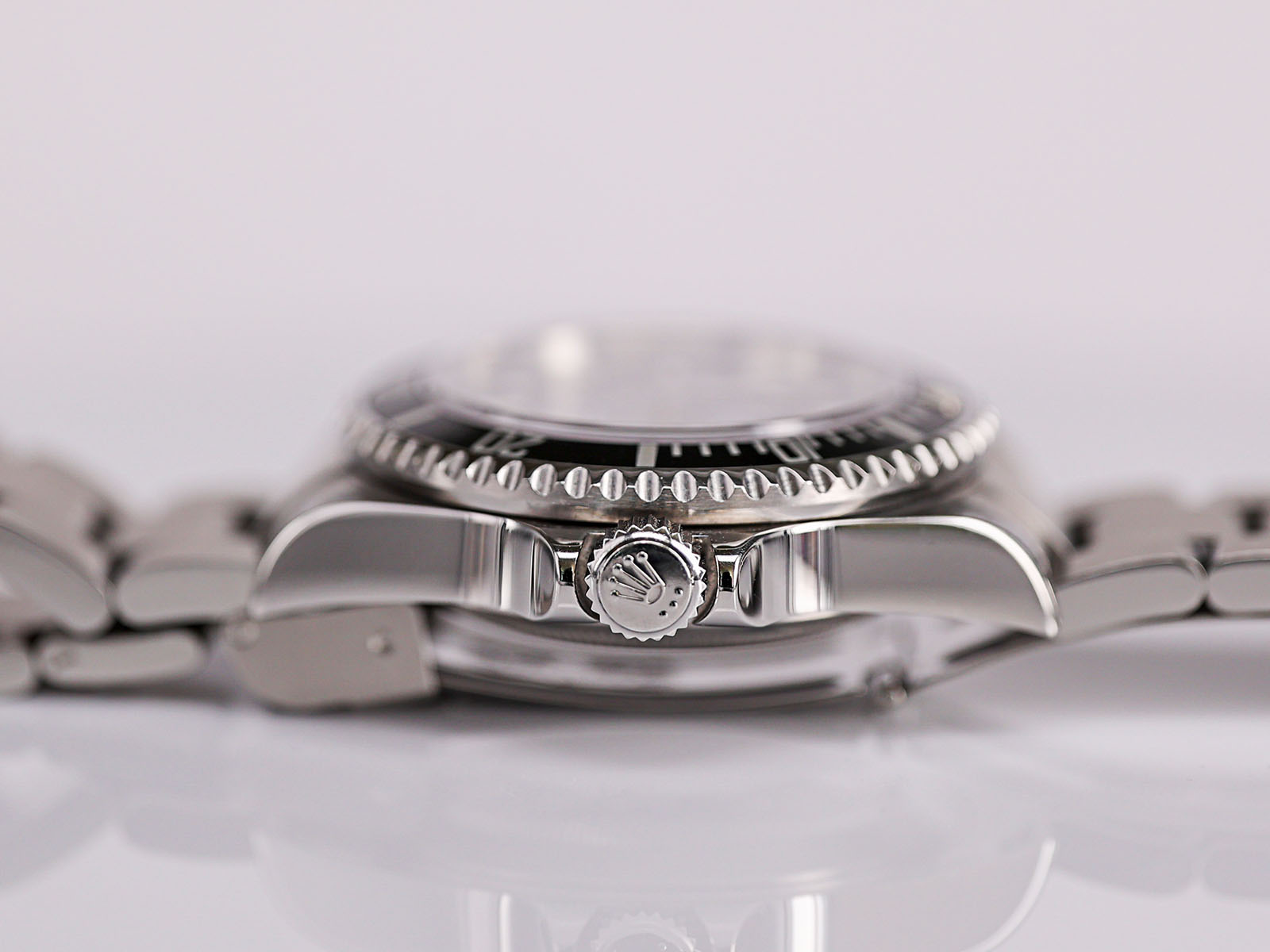 So, what made this model special?

First of all, Ref. 16600 stands in a very balanced place between the concepts of vintage and modern. This long-running version, produced between 1988 and 2008, is cited as the latest classic reference that brings the Sea-Dweller into modern times. Lugs with wide chamfers but without holes on the sides offer a neo-vintage look. The thicker case, thicker bezel, and thicker crystal without a cyclops distinguish the Sea-Dweller from its younger brother, the Submariner, which became more of a gentleman's watch. While the solid end-links Oyster bracelet offers a modern touch, the thin, stamped clasp made of sheet steel stands out with its positive effect on comfort, although it lags far behind new generations in terms of engineering. The aluminum bezel insert, which is much weaker in resistance to scratches than its ceramic successor, makes you forget this drawback with its vintage look. 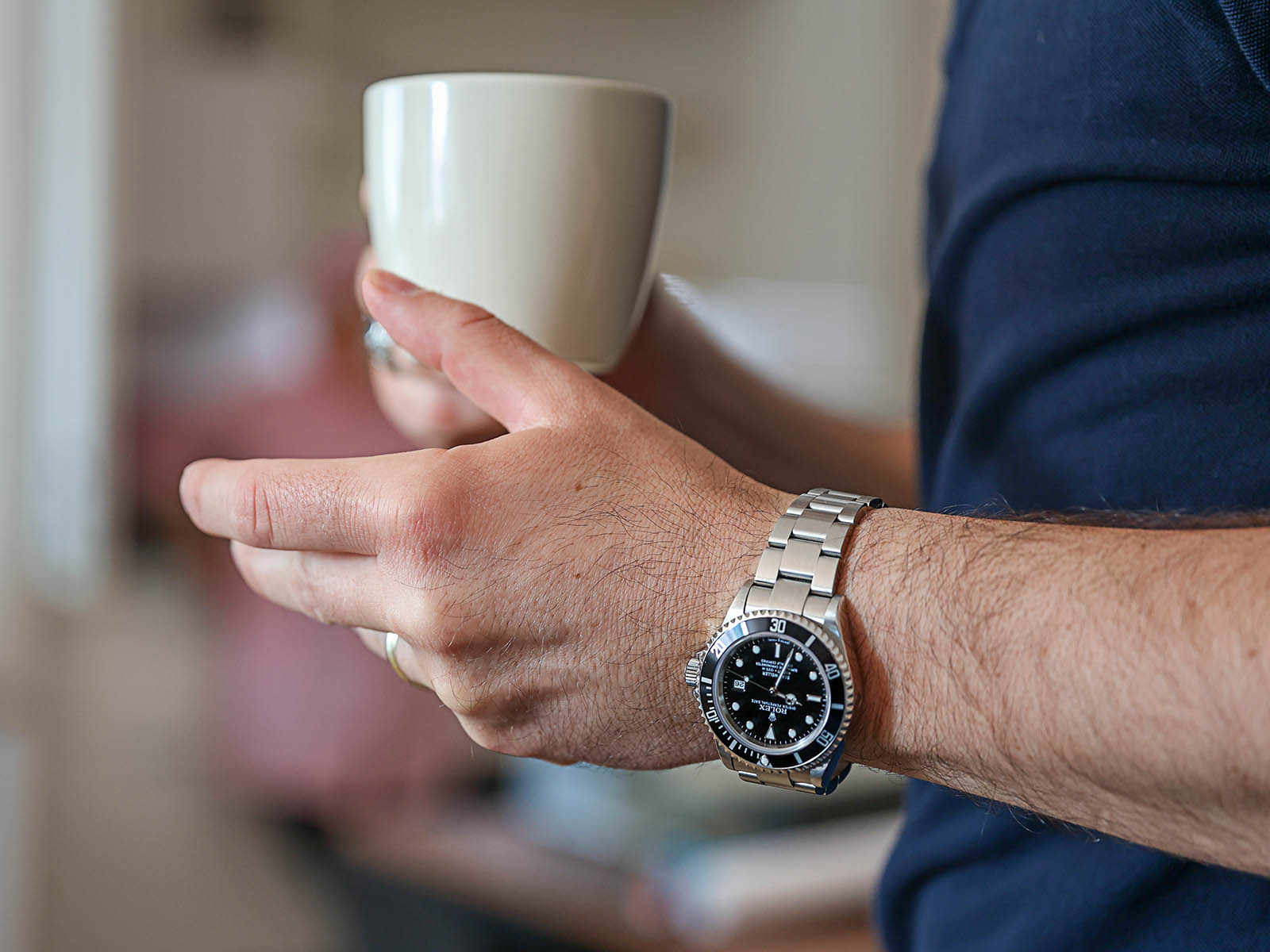 The Maxi-dials, which have become standard in modern Rolex sports models contribute greatly to legibility. However, this does not mean that Ref.16600 and other era-matching models are hard to read. In fact, I always thought that the classic dial accents were sized better in terms of visual balance. Phosphorus was updated three times in the model's 20-year life. Swiss T>25 represents tritium phosphor material. The short-lived dial with Swiss only marking indicates LumiNOVA material, while the modern dial with Swiss Made refers to technically advanced Super-LumiNOVA. 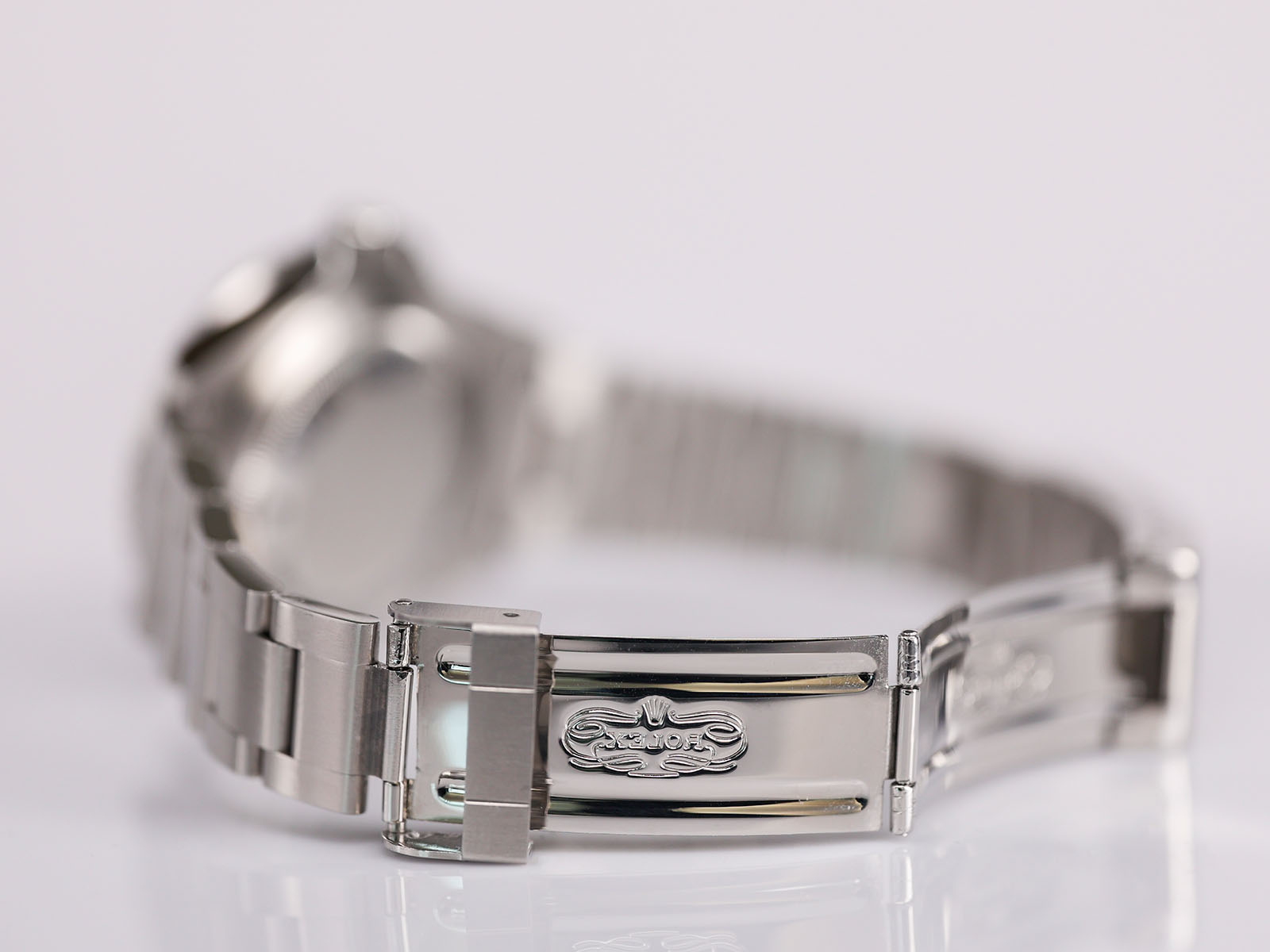 Ref. 16600 is the final version of the product group also in the movement section. At the heart of the model beats the Caliber 3135, which is considered one of the most successful three-hander movements of modern times. The 3135 is a spectacular caliber that changed the watchmaking industry's standards long before today with its modern architecture, superior engineering, and unmatched timekeeping ability. Giving life to dozens of different Rolex models, the 3135 is enough to summarize the brand's philosophy on its own. 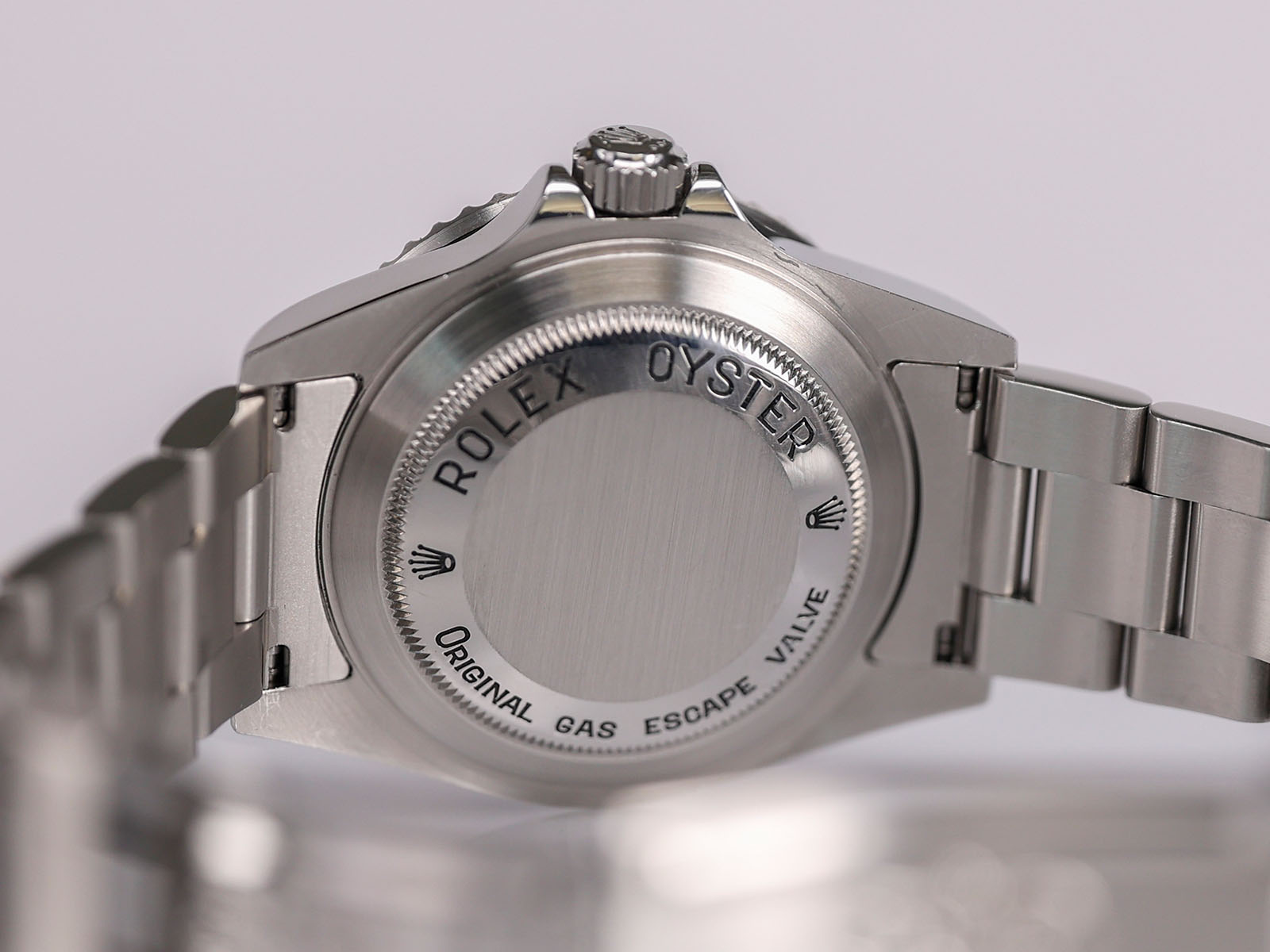 The 3135 in my new watch works a tad off the COSC standards in terms of accuracy. Maybe it was never serviced. So, will I have it serviced, or will I continue to wear it this way? Frankly, I'm not sure. The disassembly and reassembly of the hour, minute, and second hands may cause awful marks on these parts. So, time will tell which of these two situations I would prefer, both of which I see as OCD triggers in their own right. 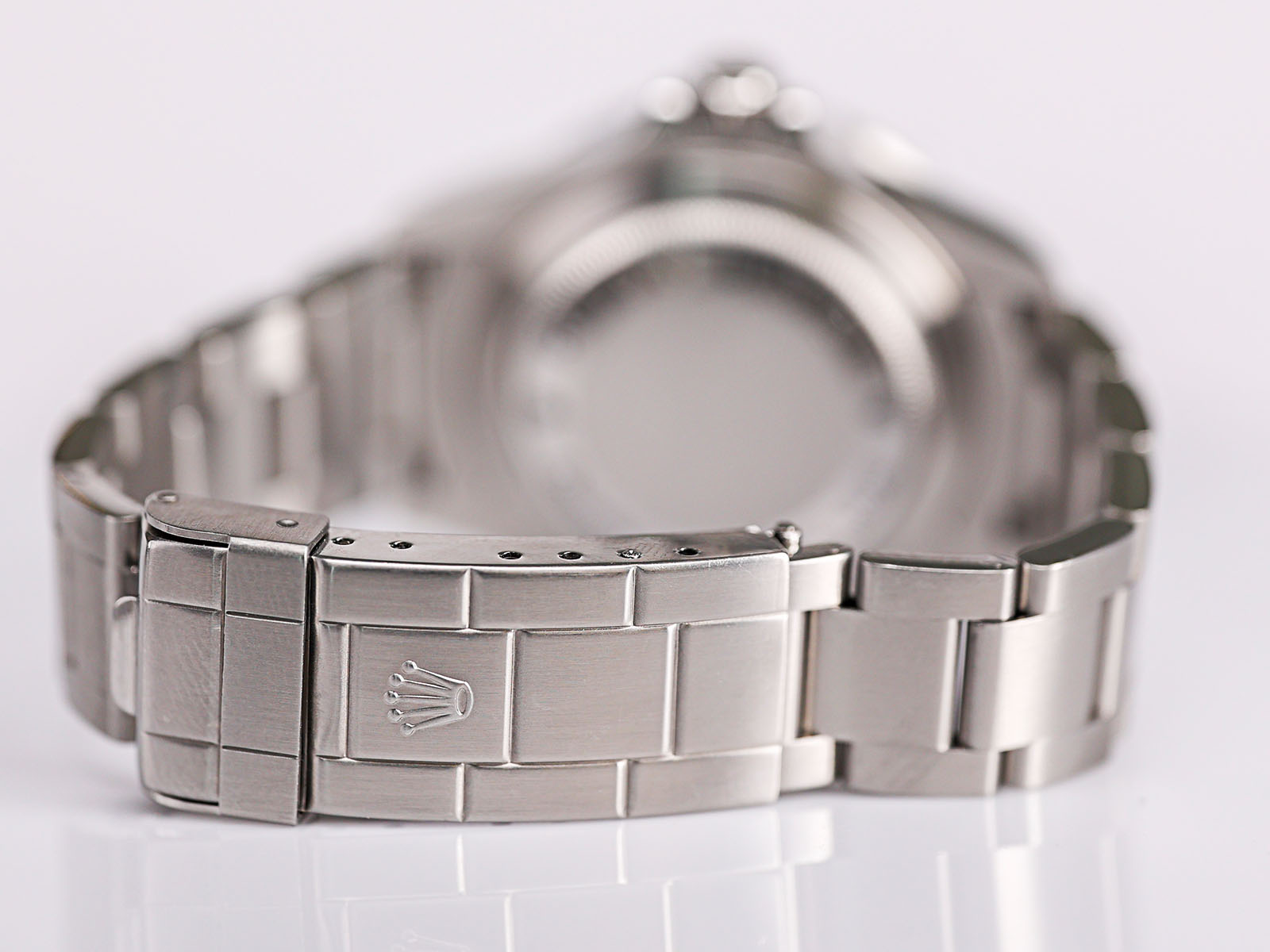 In summary, I am absolutely thrilled with my new purchase. Ref. 16600 is a model that I love because of the many beautiful moments it reminds me of. I love it for the idea behind it. It is a dignified, stylish, and macho watch that doesn't fall under the radar of so-called watch aficionados that only care about their timepieces’ gray market prices.