Hamilton’s new “vintage” inspired chronograph brings a breath of fresh air to the world of watches with its characteristic design. 2019 has special importance for Hamilton. The brand that offered a series of novelties regarding the 50th anniversary of the Chrono-Matic/Caliber 11, is preparing to meet its fans with a new model. Here we are with the Chrono-Matic 50 with its unique case and functional dial. 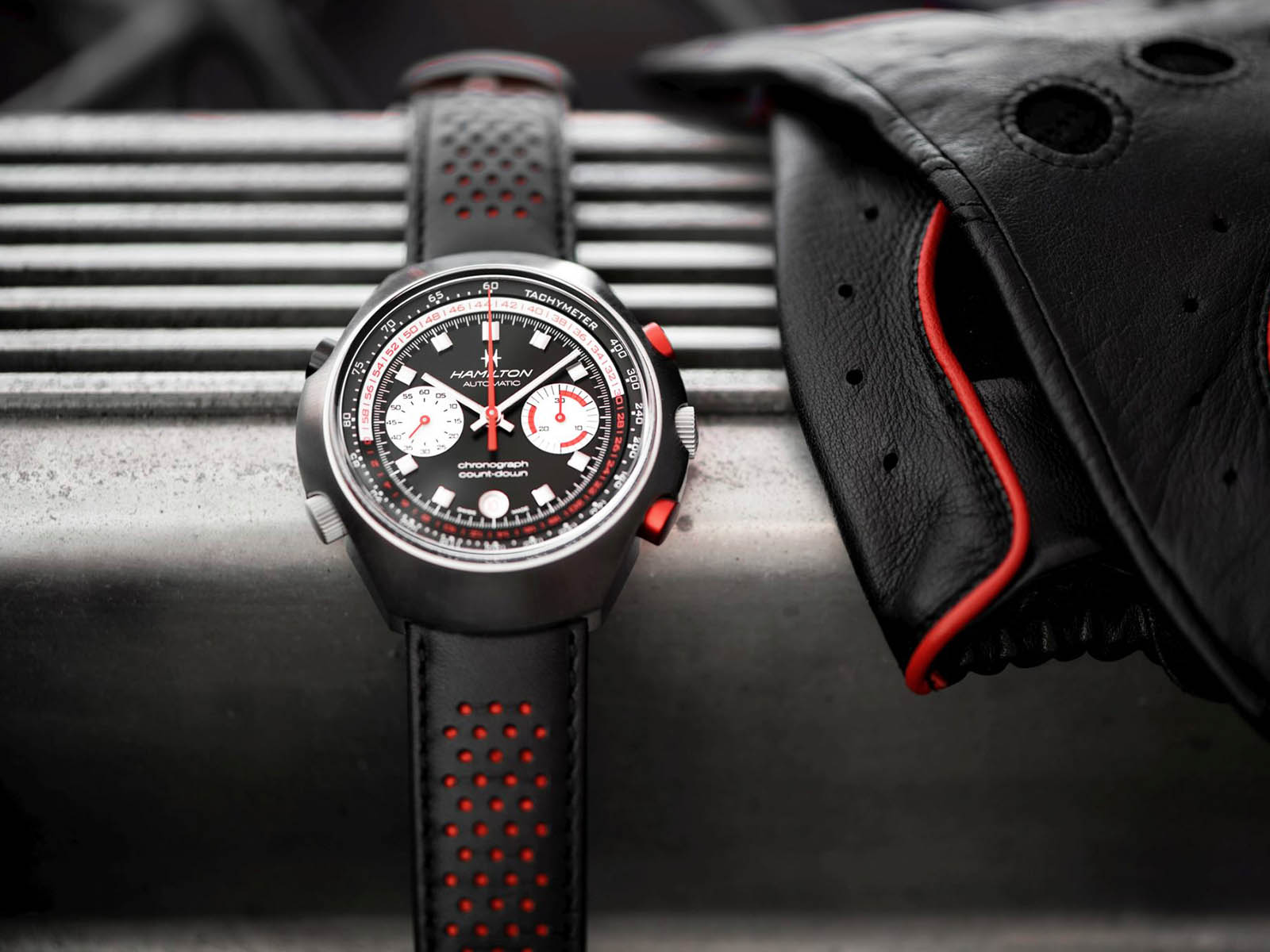 Before introducing the model, I would like to give you some information about Caliber 11. Developed with the help of Dubois Depraz, the micro-rotor movement had a modular structure, where the chronograph buttons were placed on the left side of the case, which was used by brands such as Heuer, Breitling, and Büren. Introduced by Hamilton in the early 1970s as the Count Down GMT Chrono-Matic, the model had a GMT hand and a 24-hour time disc rotated by an additional crown. 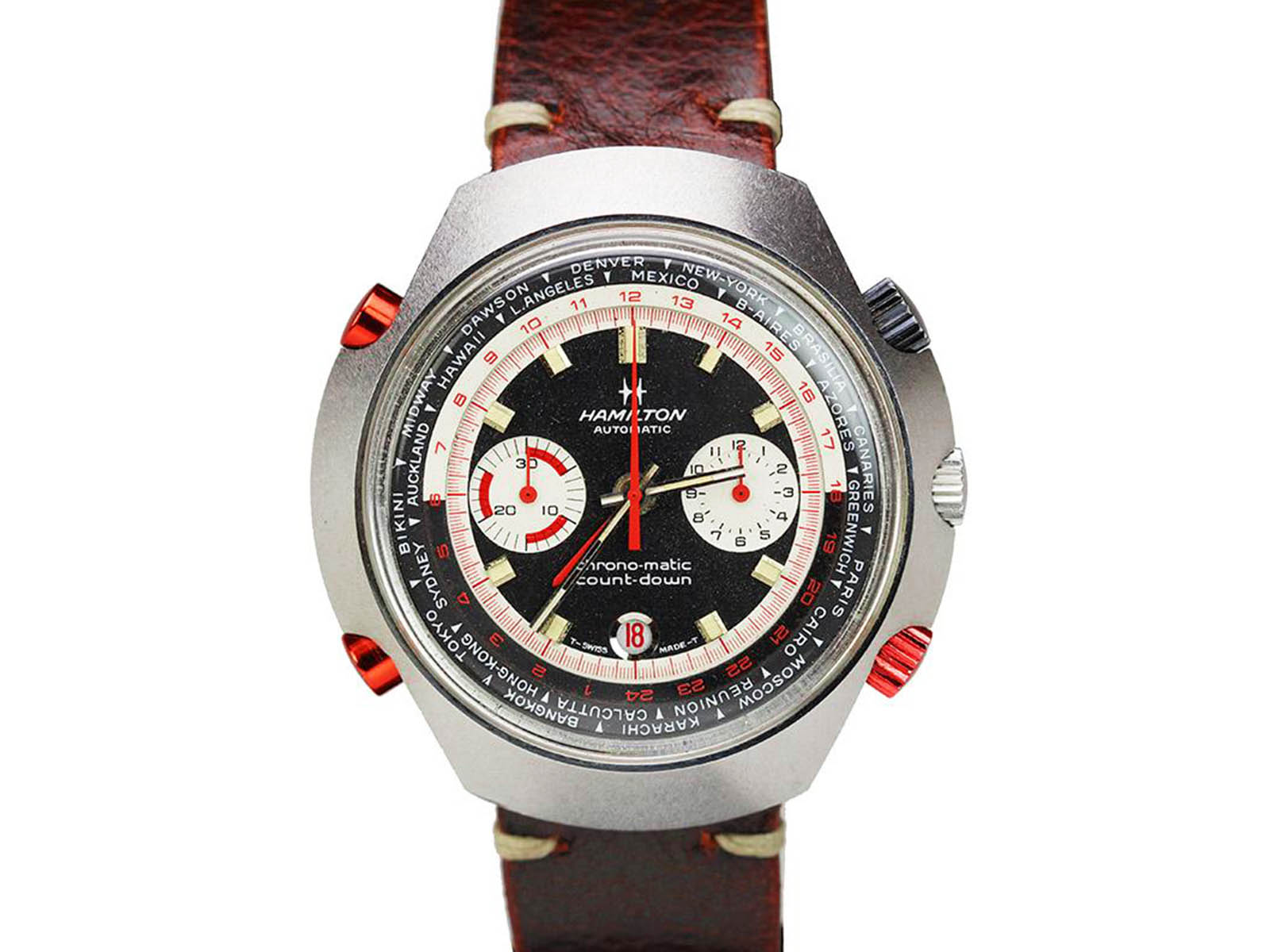 The new model, unlike its successor, comes to life with a slightly simpler movement, but without lacking its characteristic lines and admirable design. The Hamilton Chrono-Matic 50 uses a special oval-shaped case designed with hidden lugs. The size of the watch is not very small. We are talking about 48.5mm between 3-9 o’clock and 51.5mm between 6-12 o’clock, but don’t be panicked by the numbers. Thanks to the integrated lug design, it is easy to foresee that these measurements will not cause any discomfort on the wrist. All surfaces of the case have artfully satin-brushed areas. 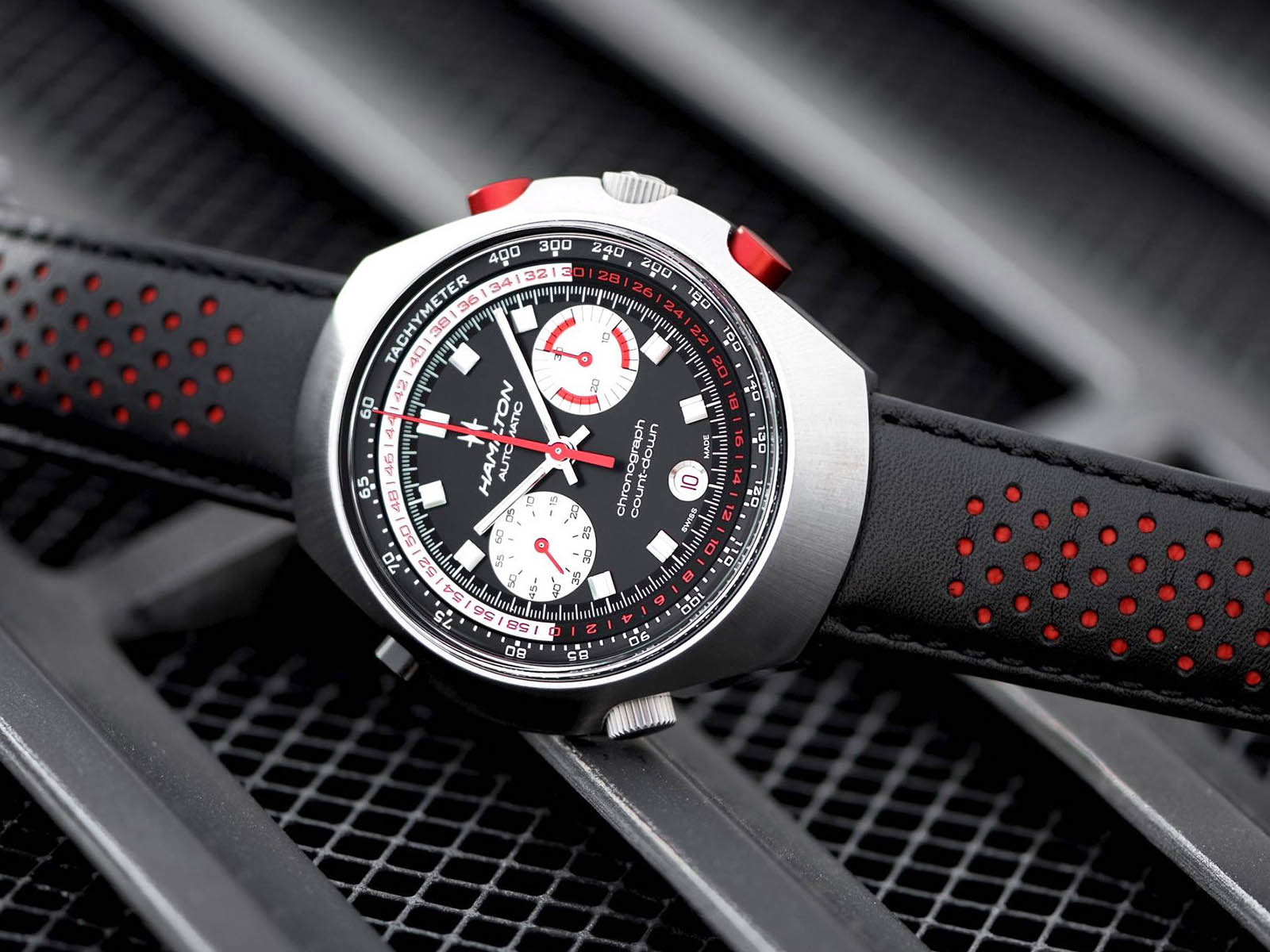 The original number of five winding crowns is preserved, but in the new version, they have different functions in different positions. At the heart of the watch is the Caliber Hamilton H-31. Based on ETA Valjoux 7753, this movement has a 30-minute chronograph counter and a date display. The pushers on the right side of the case are used for operating the chronograph. The winding crown and the pusher on the left side are used to rotate the inner bezel and set the date. The power reserve of the movement is 60 hours when fully wound. 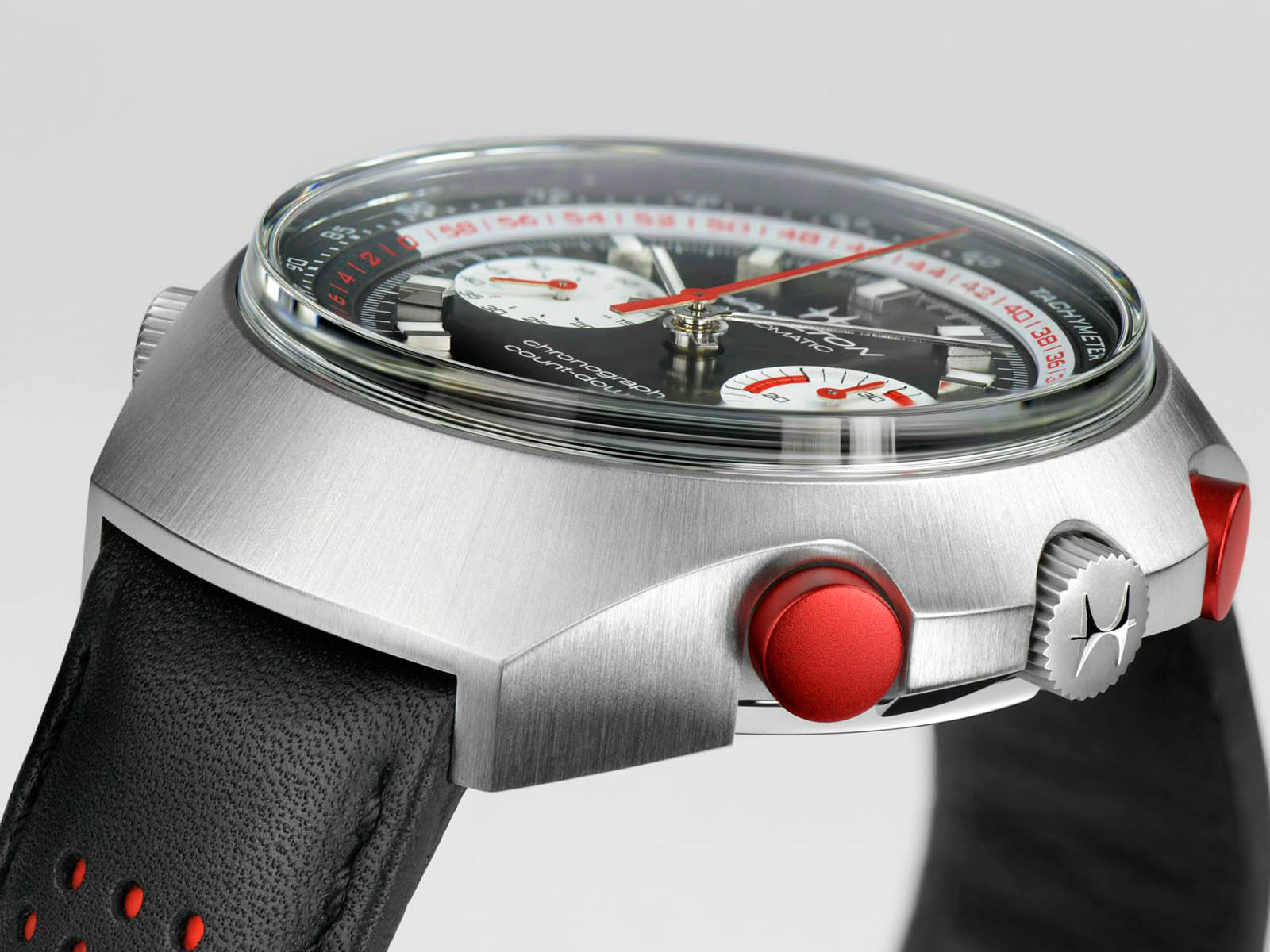 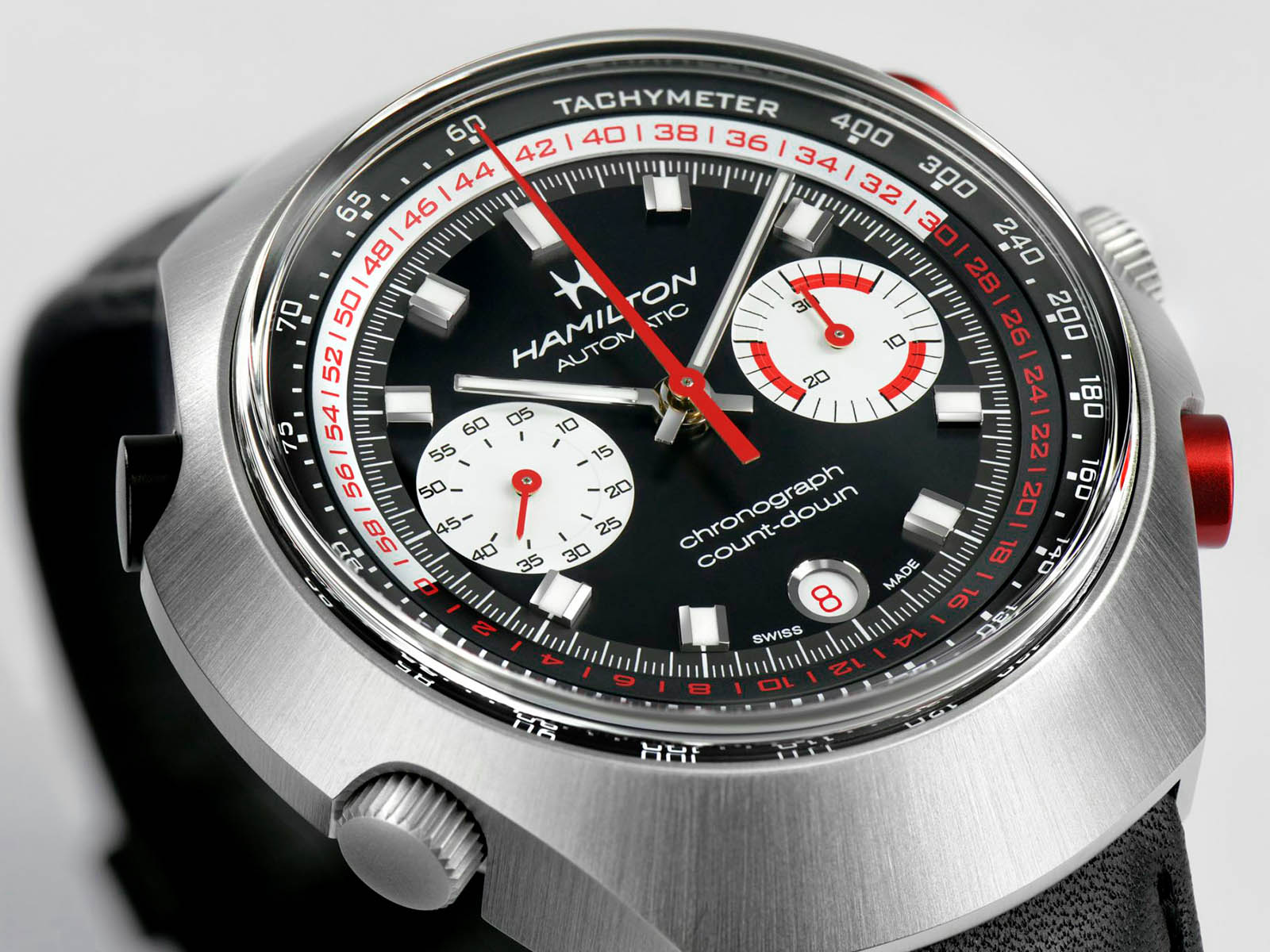 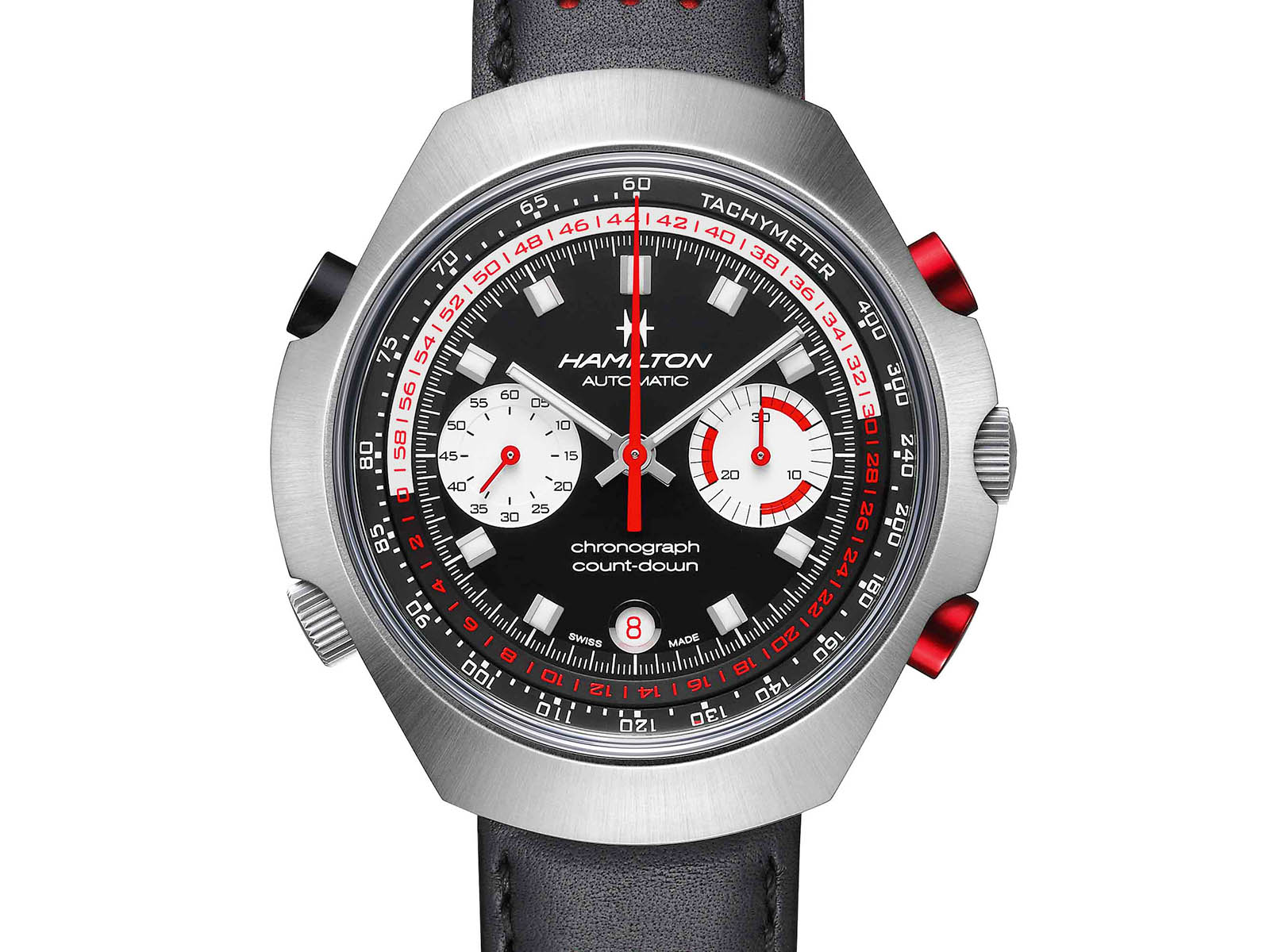 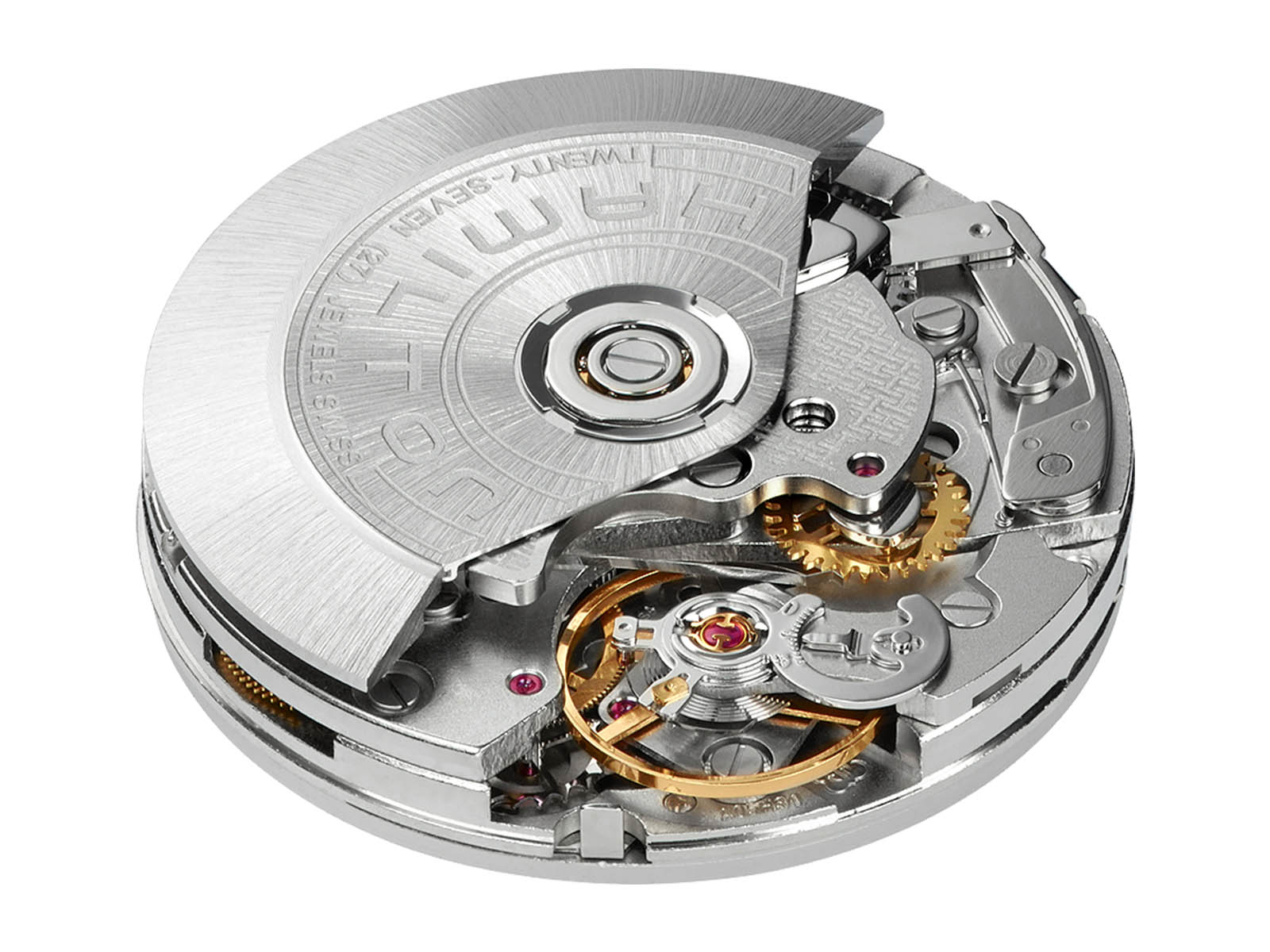 The Hamilton Chrono-Matic 50 features a sapphire crystal and a water resistance of 100 meters. The watch is available on a perforated and red lining, black leather strap with an MSRP of 2495CHF. 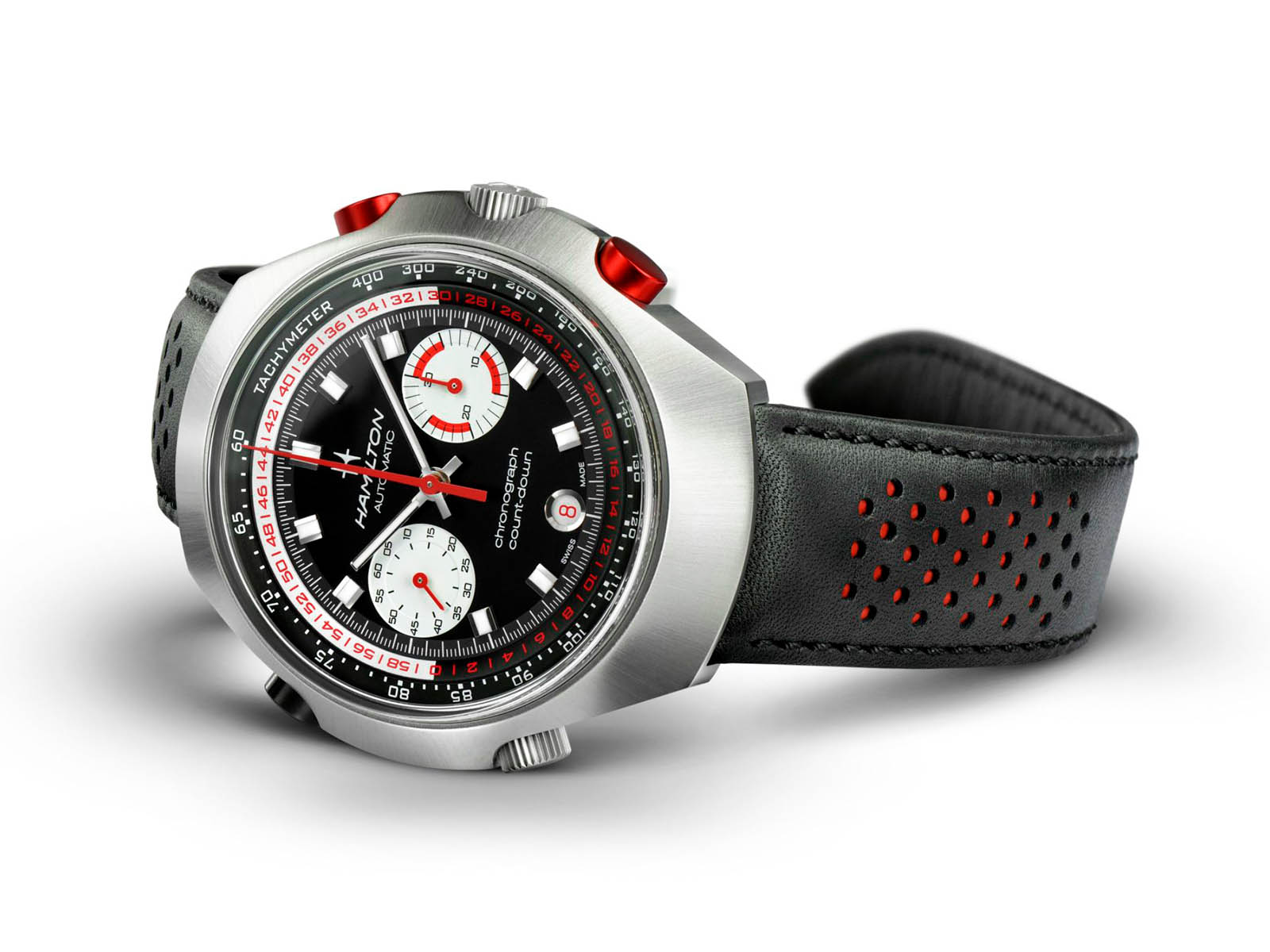 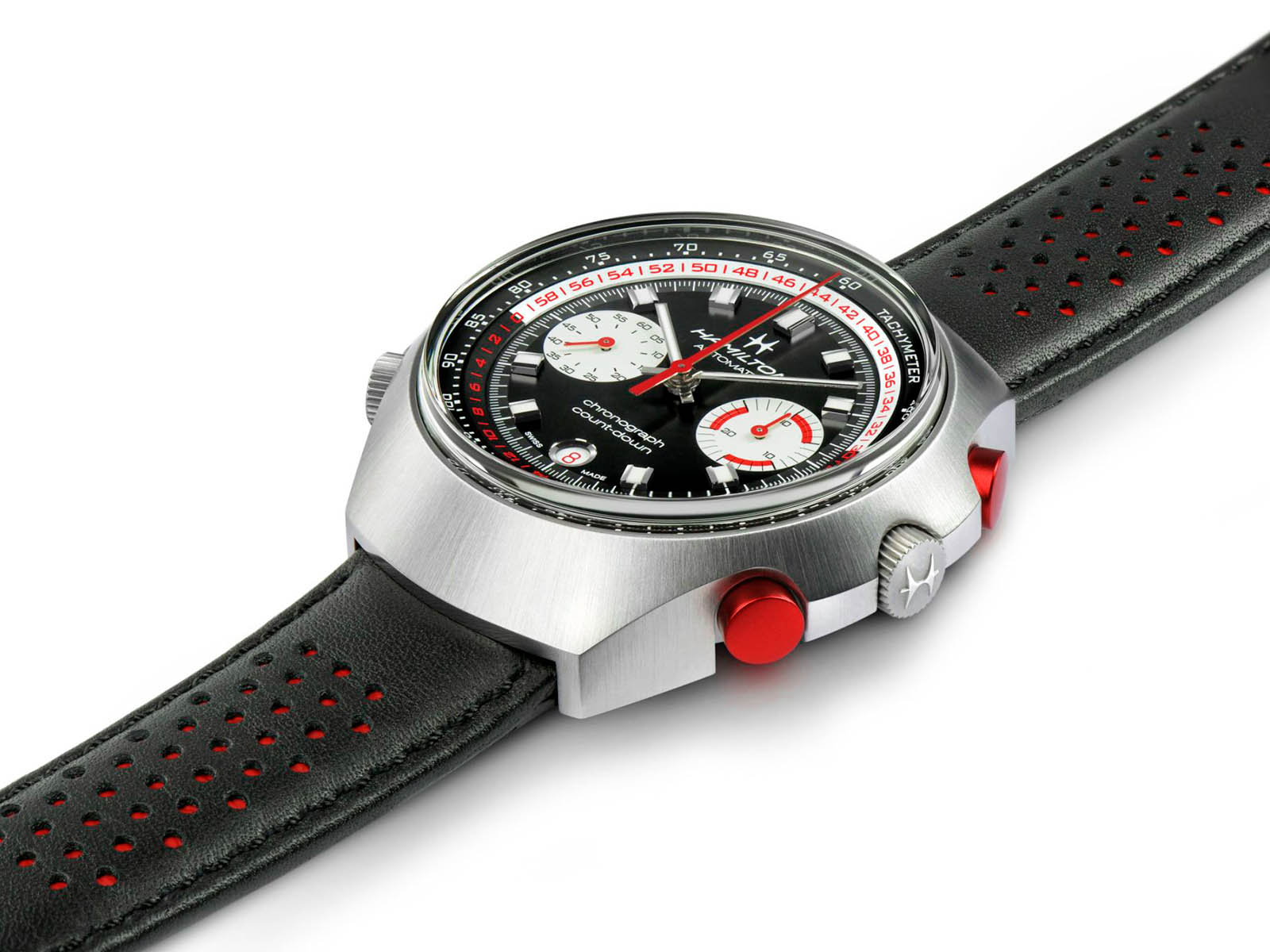