The influence of the names Richard Mille cooperates in achieving today’s success should never be underestimated. Always working with the most successful names in their field, the brand continues to advance by adding fame to its reputation. For almost anyone above a certain level of economic income, Richard Mille watches have become the object of common desire. Some of them adorn the wrists and white the others adorn dreams. 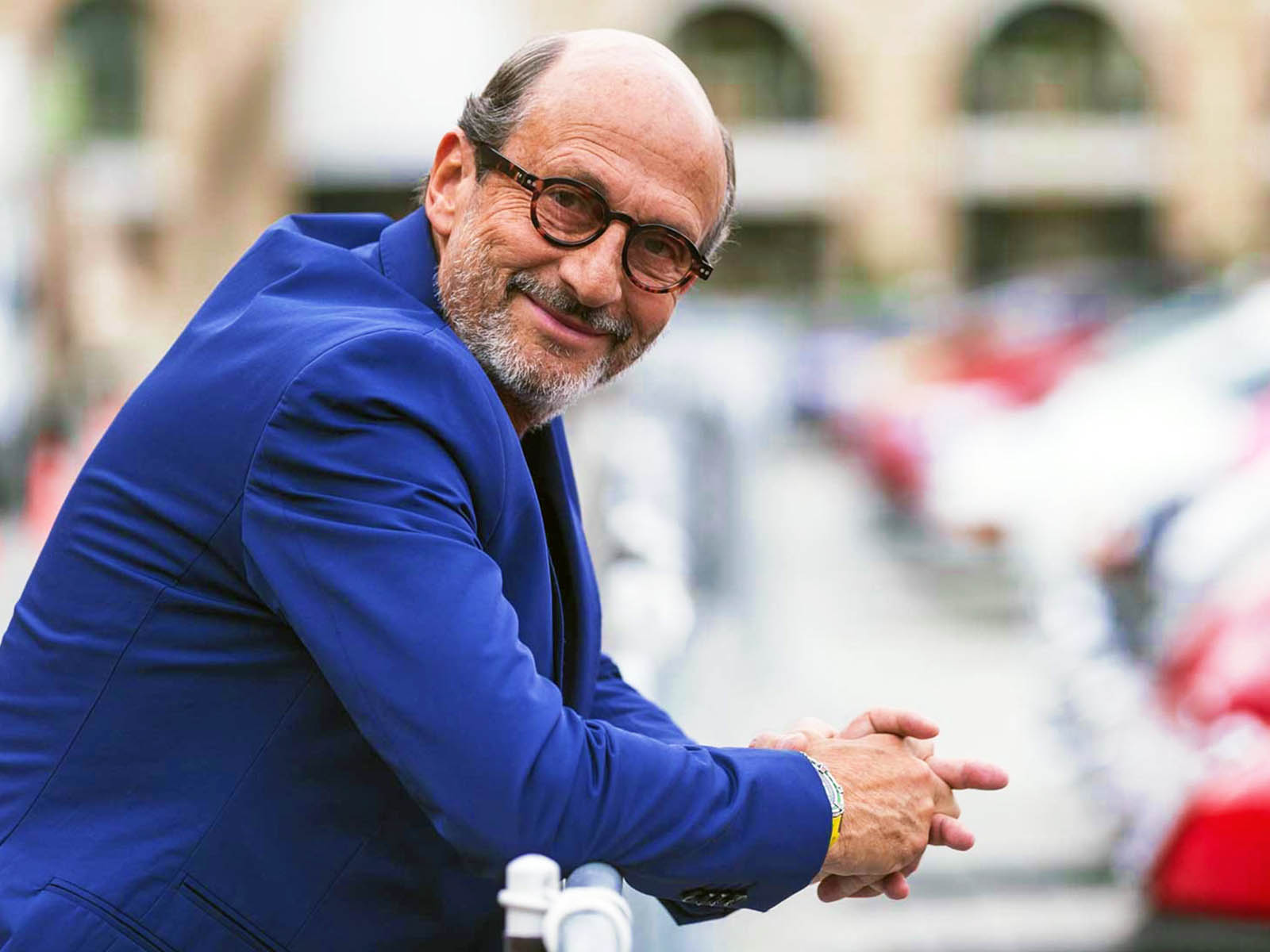 Richard Mille is obsessed with high-performance watches. Mille, who likes to live on the edge, wants his watches to withstand harsh conditions. Therefore, he develops models in collaboration with the world’s leading athletes and asks them to “test” his watches in their natural habitats, i.e. competitions. With the feedback collected from real environments, it is always possible to develop better and superior watches. 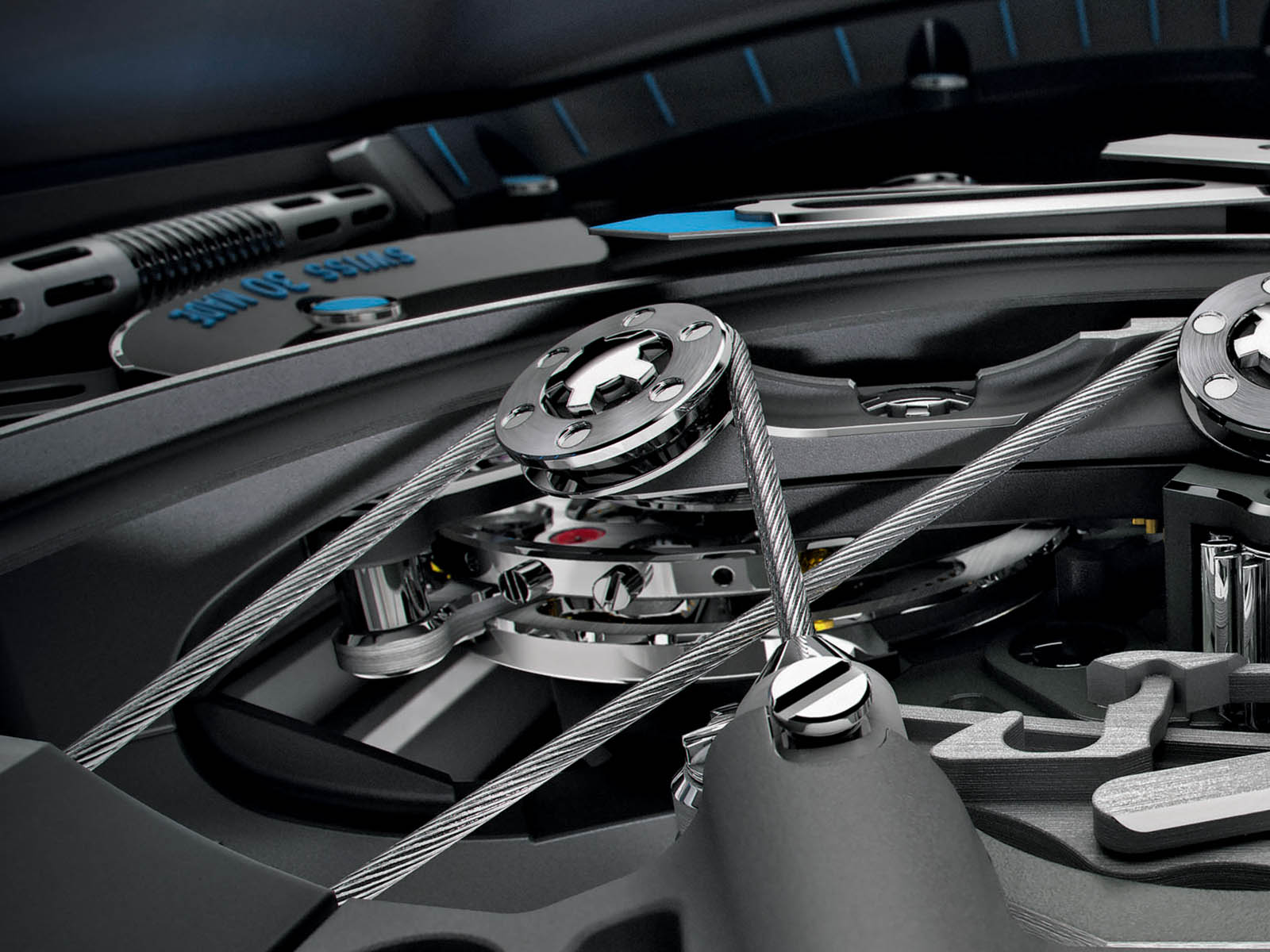 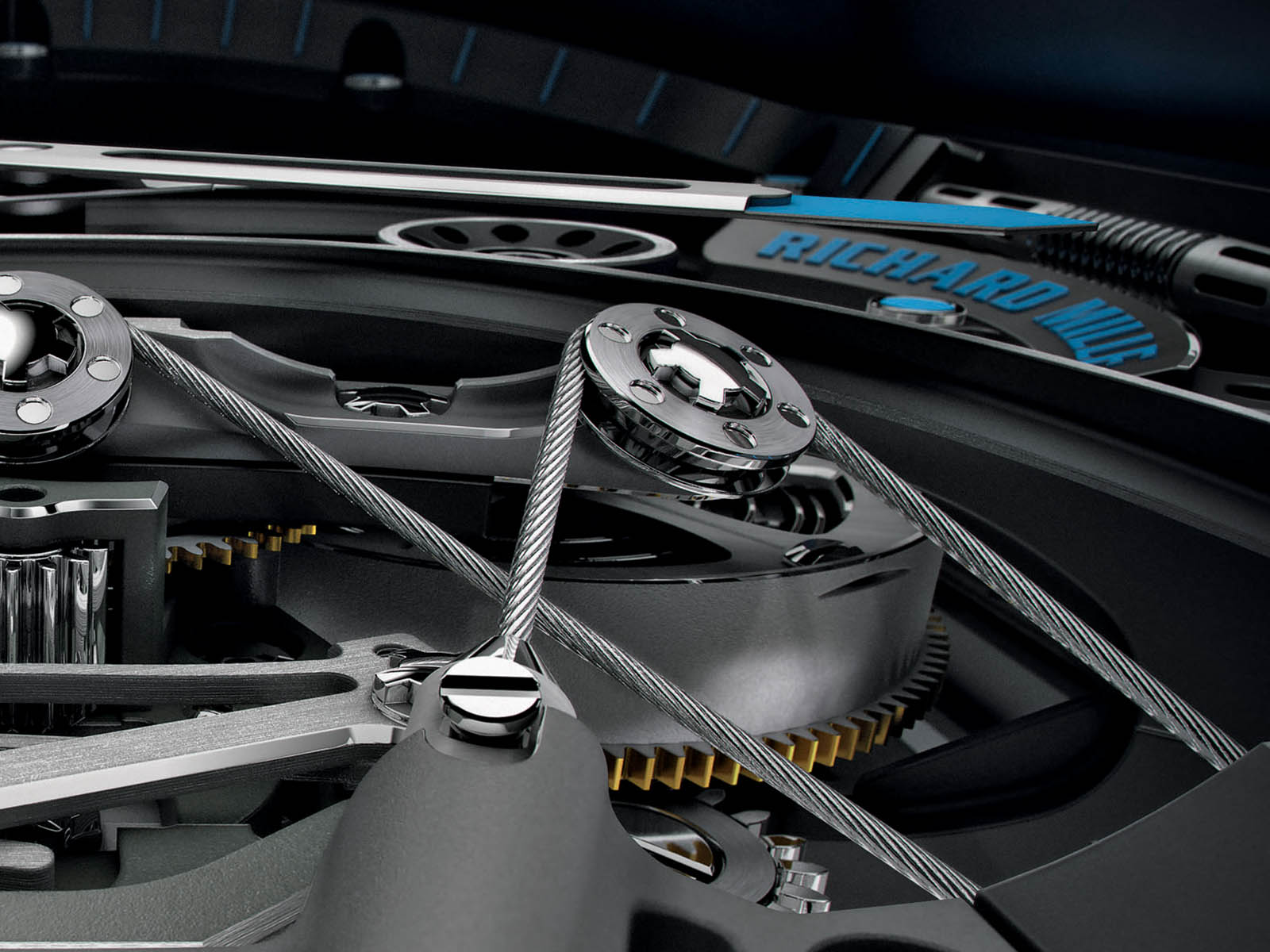 Let’s get to the person in the title of our article; Pablo Mac Donough. Pablo is a professional polo player. He’s not just another player; he’s one of the best in the world. Numerous trophies prove this. Polo, as you know, is a game played on a horse, with a club and a ball. It takes more than power and accuracy to throw the ball into the opponent’s goal. Polo is also known for its rigid circuits. Fast runs, hard strokes, high tempo are all Richard Mille style. 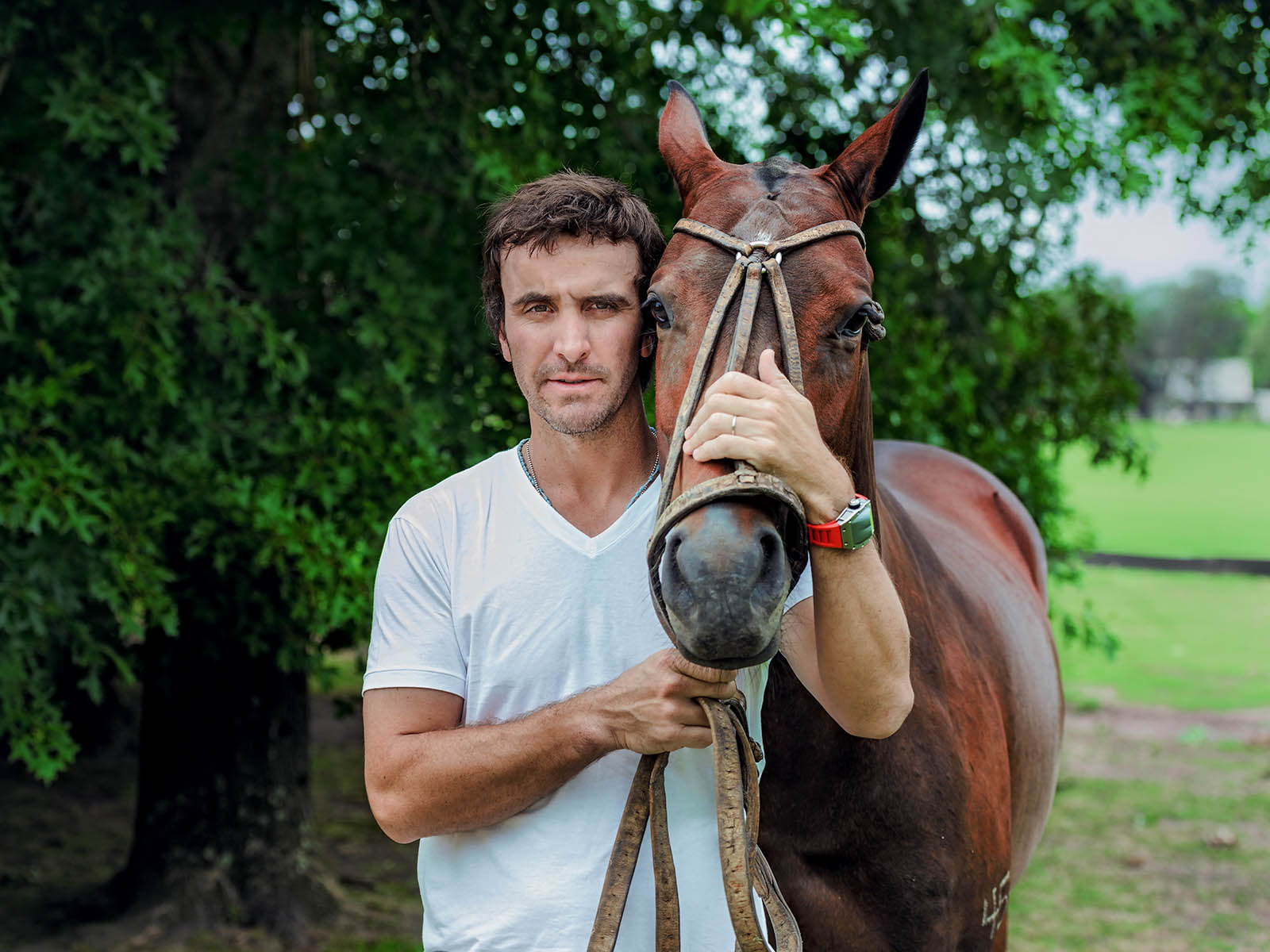 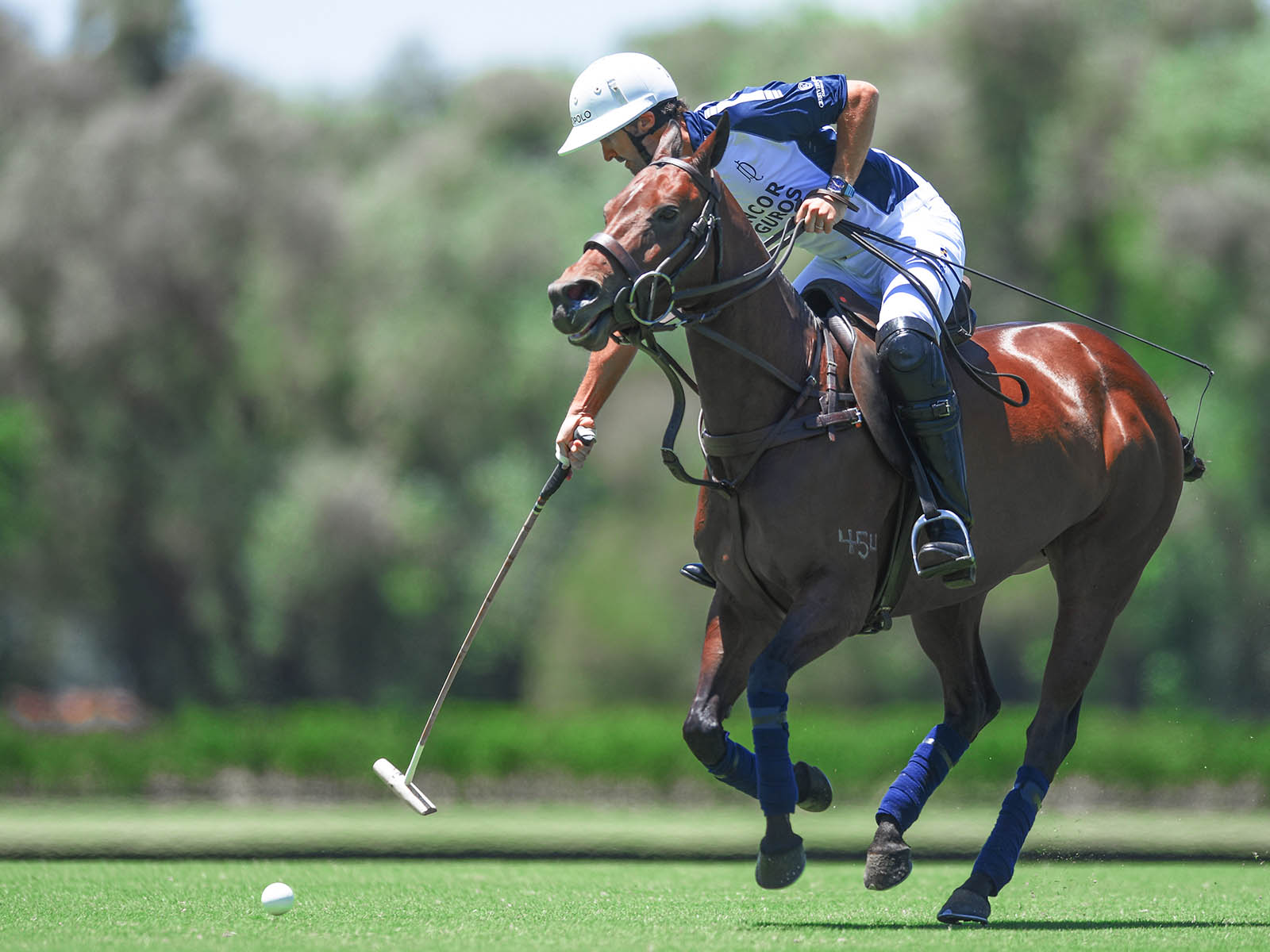 The history of the watches designed specifically for the Polo game goes a long way back. This is also the reason for Jaeger-LeCoultre Reverso being known as a watchmaking legend. JLC, who invented the flipping case to prevent damage to the watch during tough games, has made the first breakthrough in this field. Returning to RM, Mille is aware that nothing but the best is accepted. 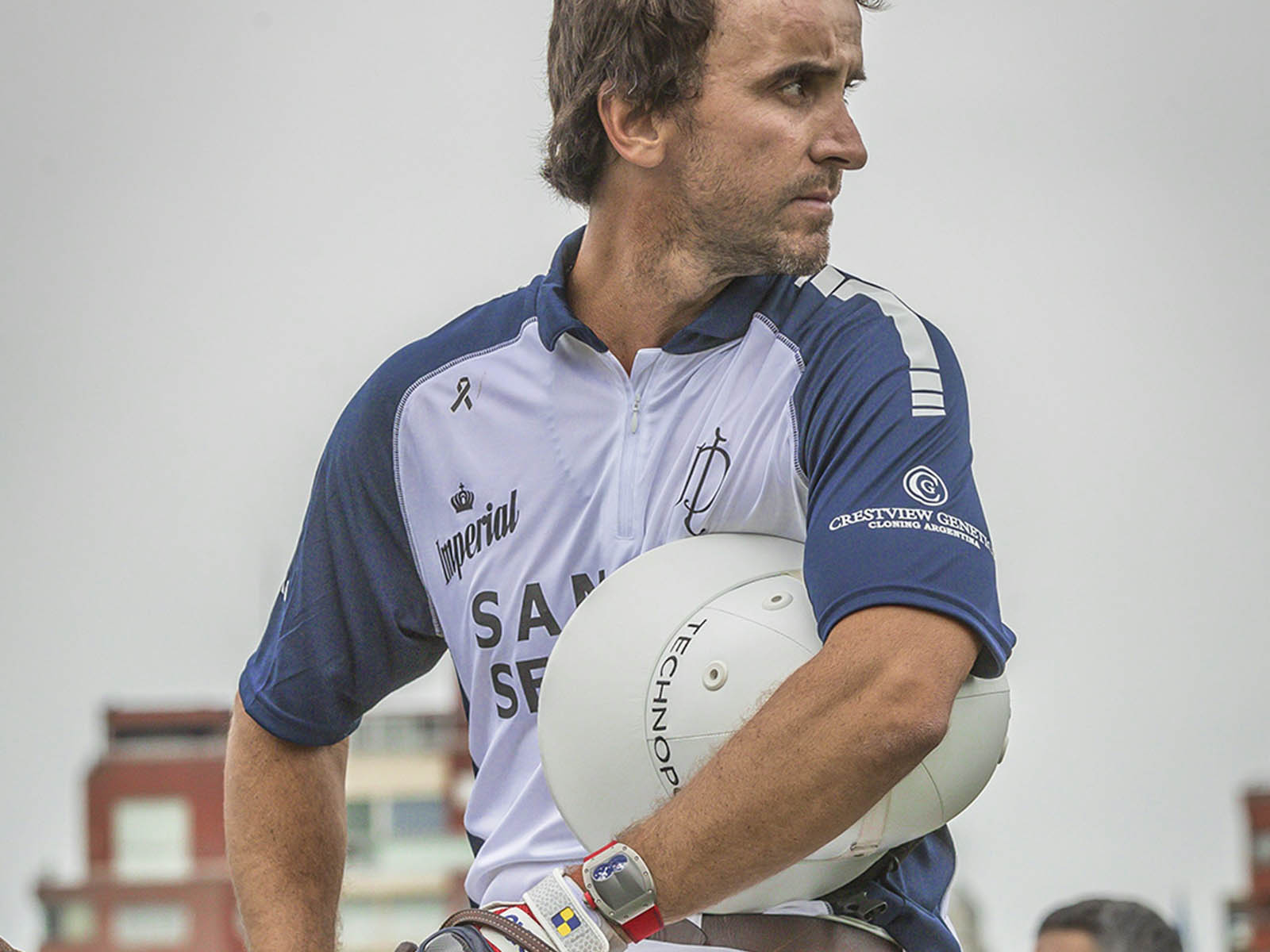 Pablo begins his polo competitions with the RM 010 watch presented to him by Richard Mille. The results of the tough struggles are as follows: A broken crystal, countless dents in the case and a movement that has lost the ability to keep time. This is exactly the kind of problem Richard Mille would like to solve. 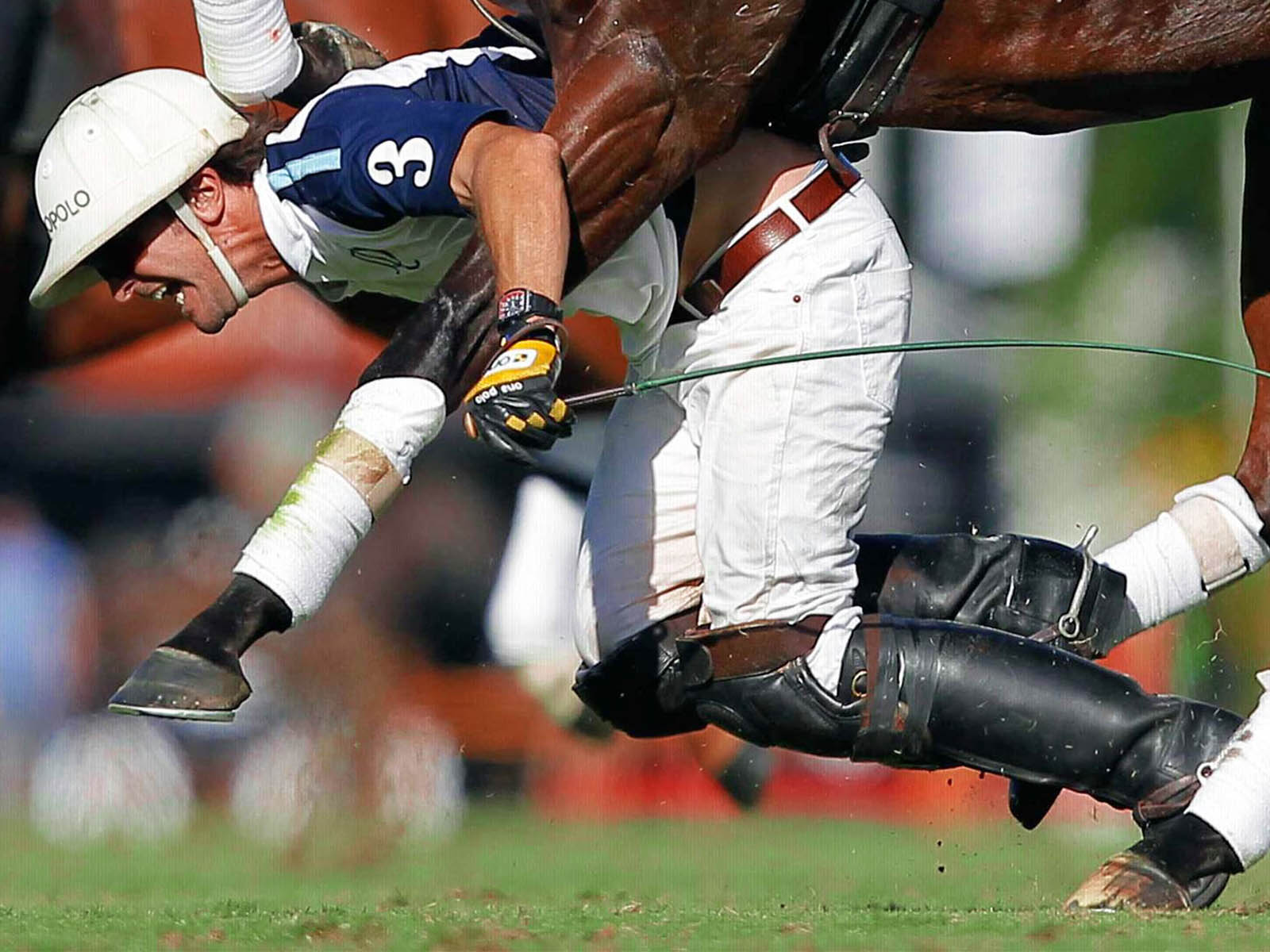 The ingenious solution brings a unique design and extraordinary engineering. In the RM 053, a watch developed for Pablo, Richard combines a robust design with high-tech materials that withstand the harsh effects of polo matches. 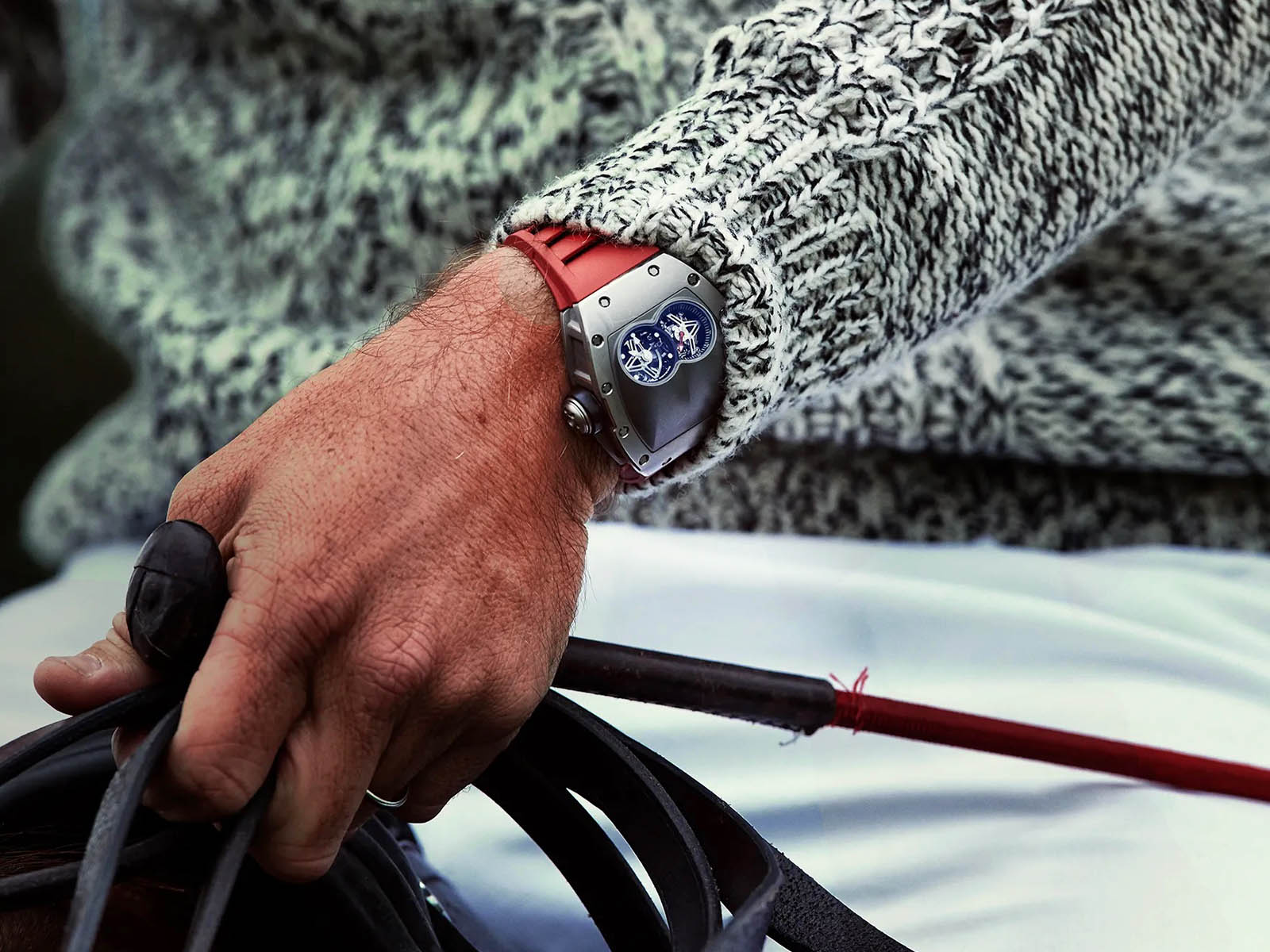 The tourbillon movement, placed at a 30-degree angle in the titanium case, can be seen in the dial, or rather through the eight-shaped window on the top of the watch. The top, which looks like armor, is made of titanium carbide to withstand the impacts of balls and clubs. Titanium carbide, commonly called cermet (a term composed of the first syllables of the words ceramic and metal) is a composite material formed by bombarding the surface of titanium with carbon atoms. The ultra-high surface hardness value of the ceramic and the flexibility of the metal can be combined in one single structure. In short, it is one of the most suitable materials to meet the needs of Pablo Mac Donough. Another feature of the Richard Mille RM 053 is that it is produced in a limited number of 15 units only. 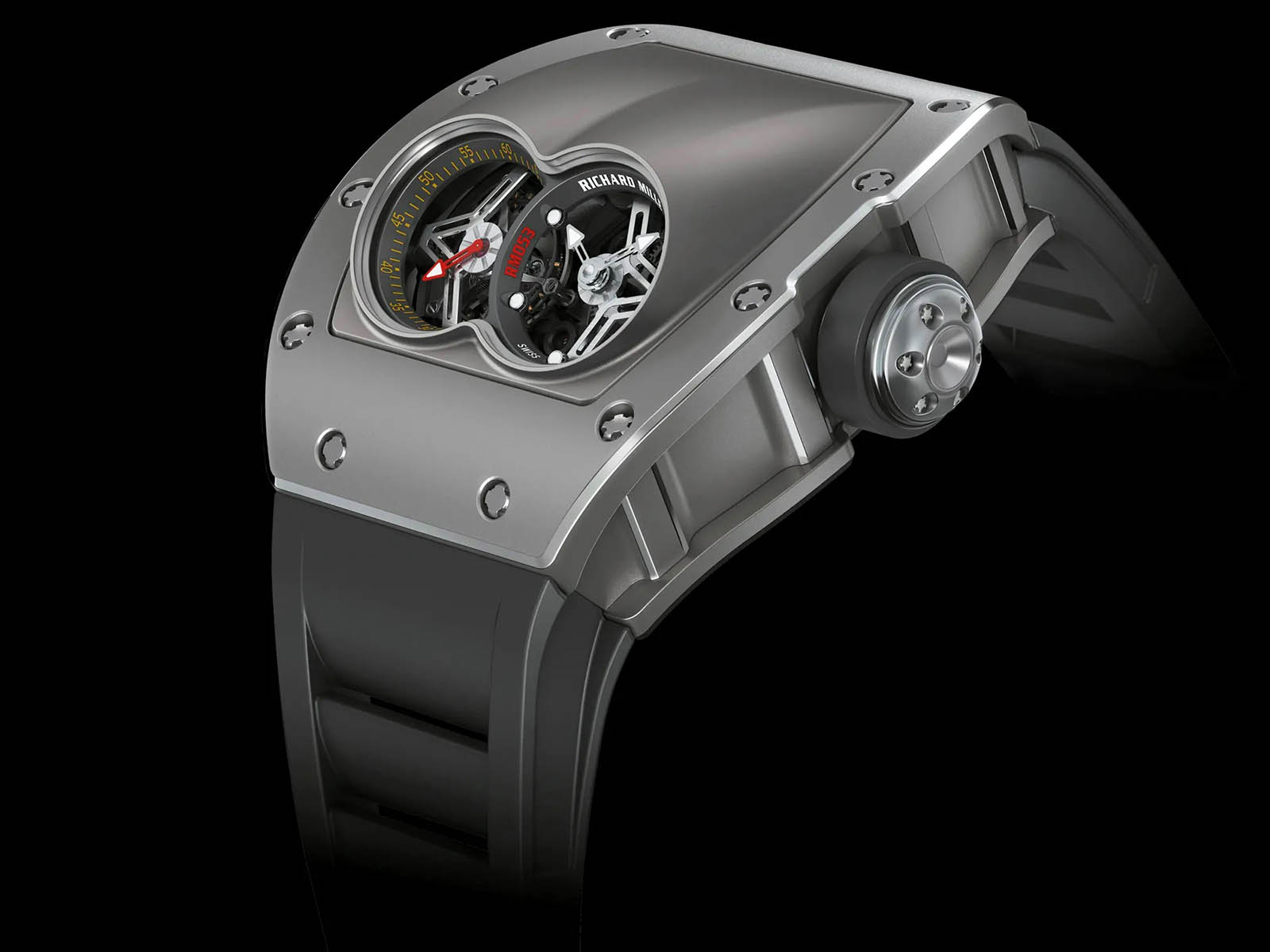 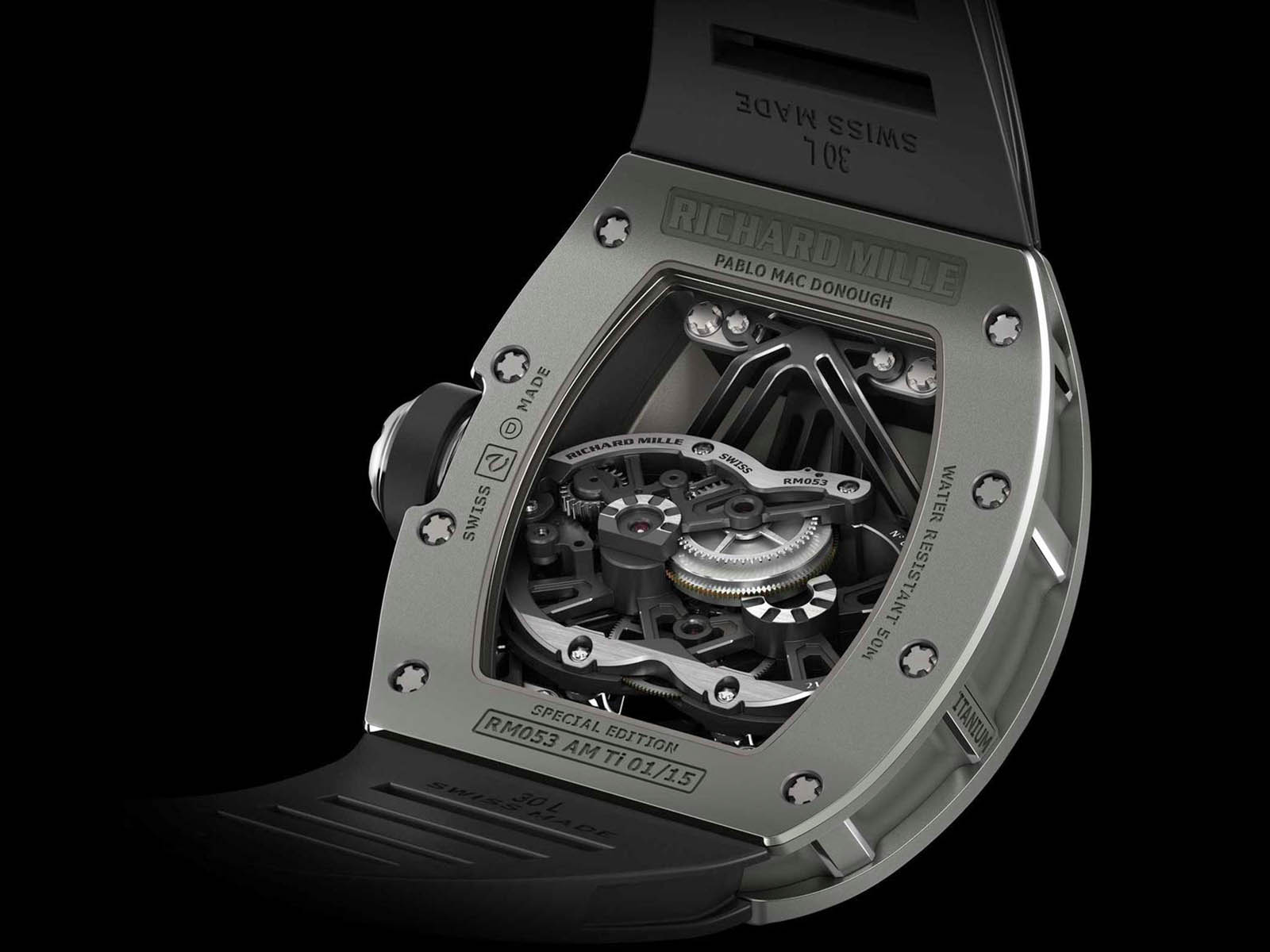 Six years after the original model, in 2018 Richard Mille manages to surprise his fans again and introduces the second model, the RM 53-01, which he produced exclusively for Pablo Mac Donough. With more advanced features than ever before and a price tag with plenty of zeros. 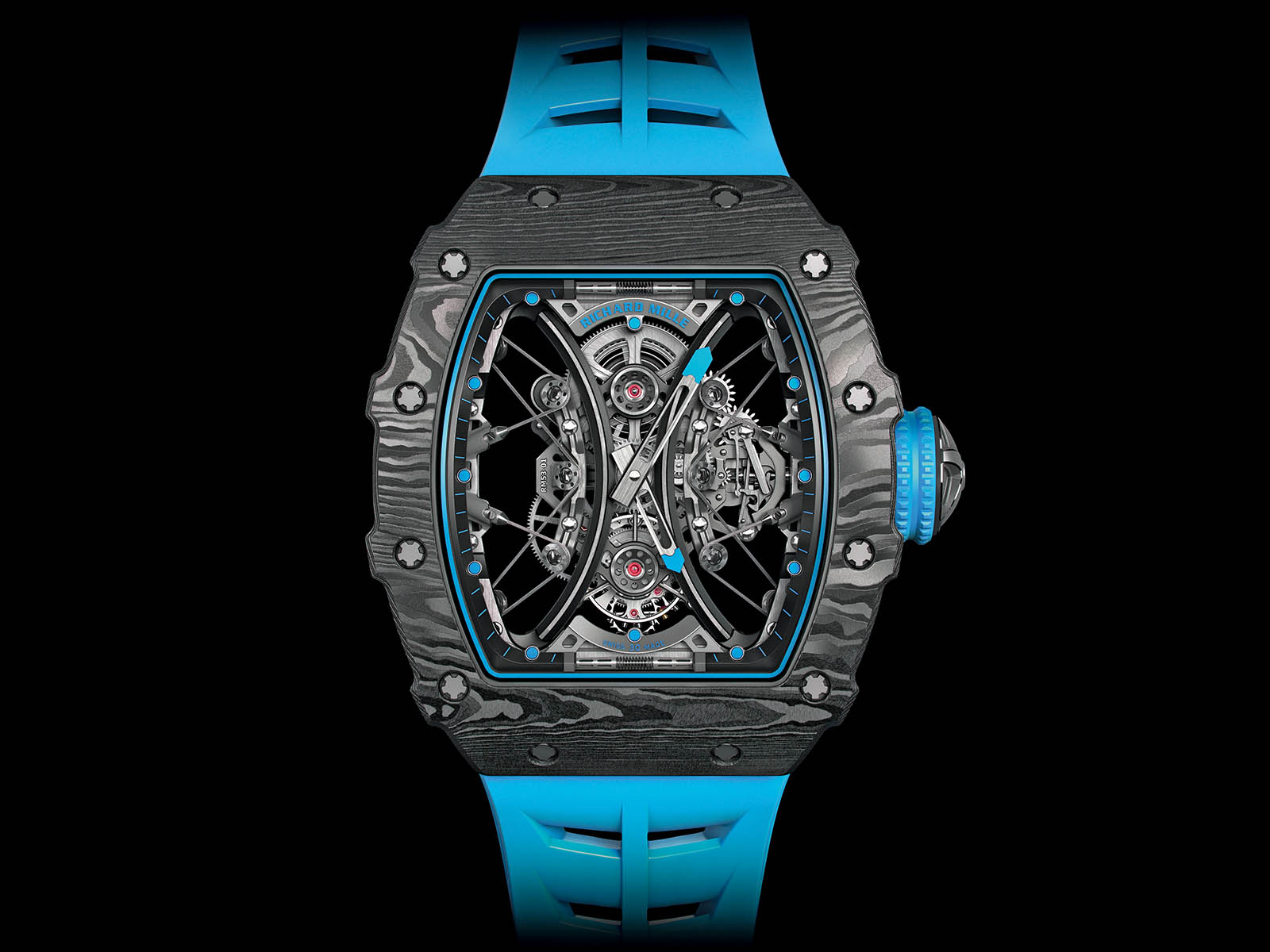 Mille incorporates the carbon TPT case in the new model so that it combines lightness and strength in a single body. To protect the movement, the titanium TPT bridges adorn the tourbillon caliber with wire suspension technology, first introduced in the RM 27-01. With this high-tech design, the movement is suspended by wires. As a result, the pulses transferred to the movement and the watch are damped. RM 53-01 can withstand up to 5000G, that is, 5000 times the gravity. 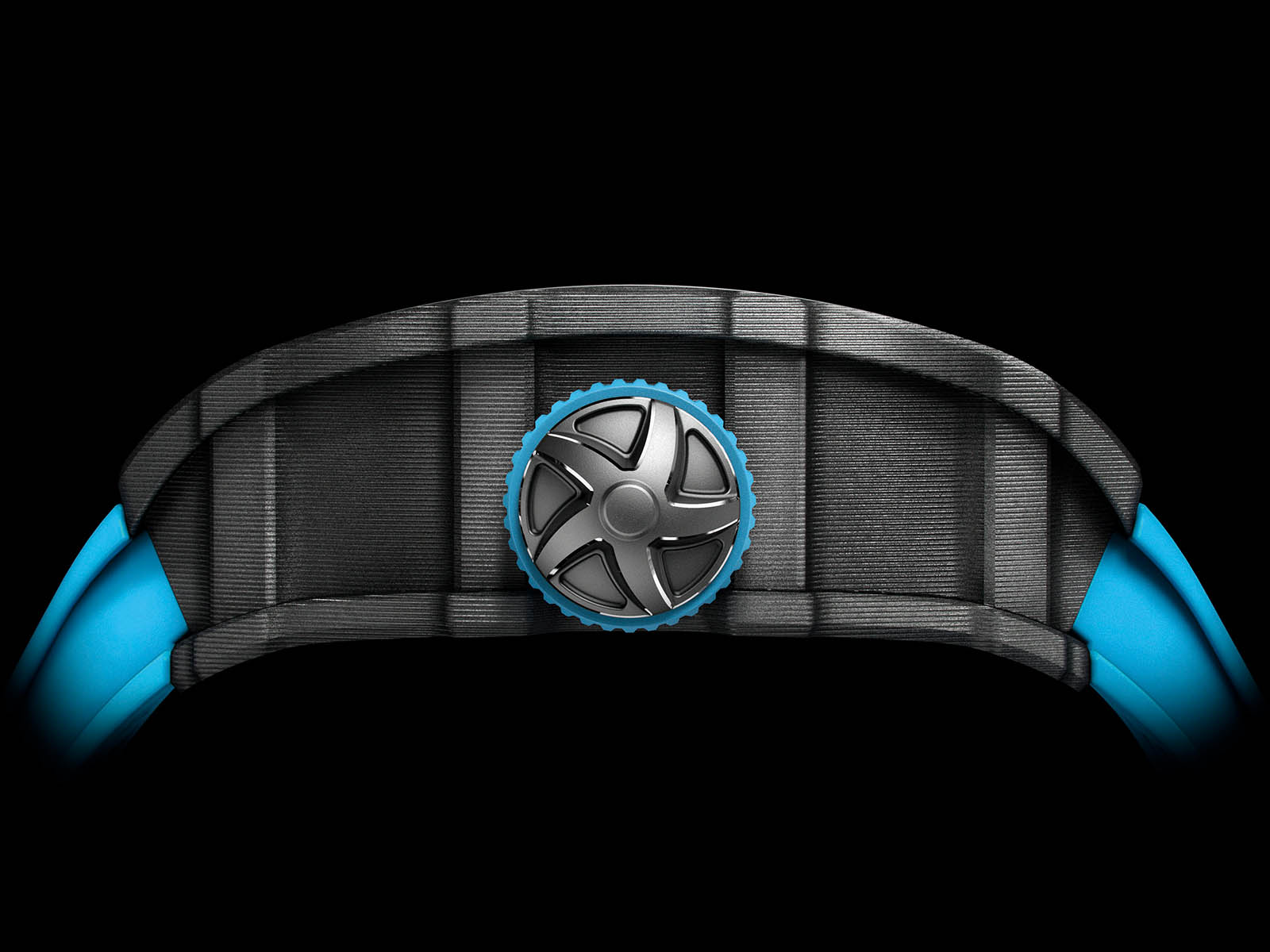 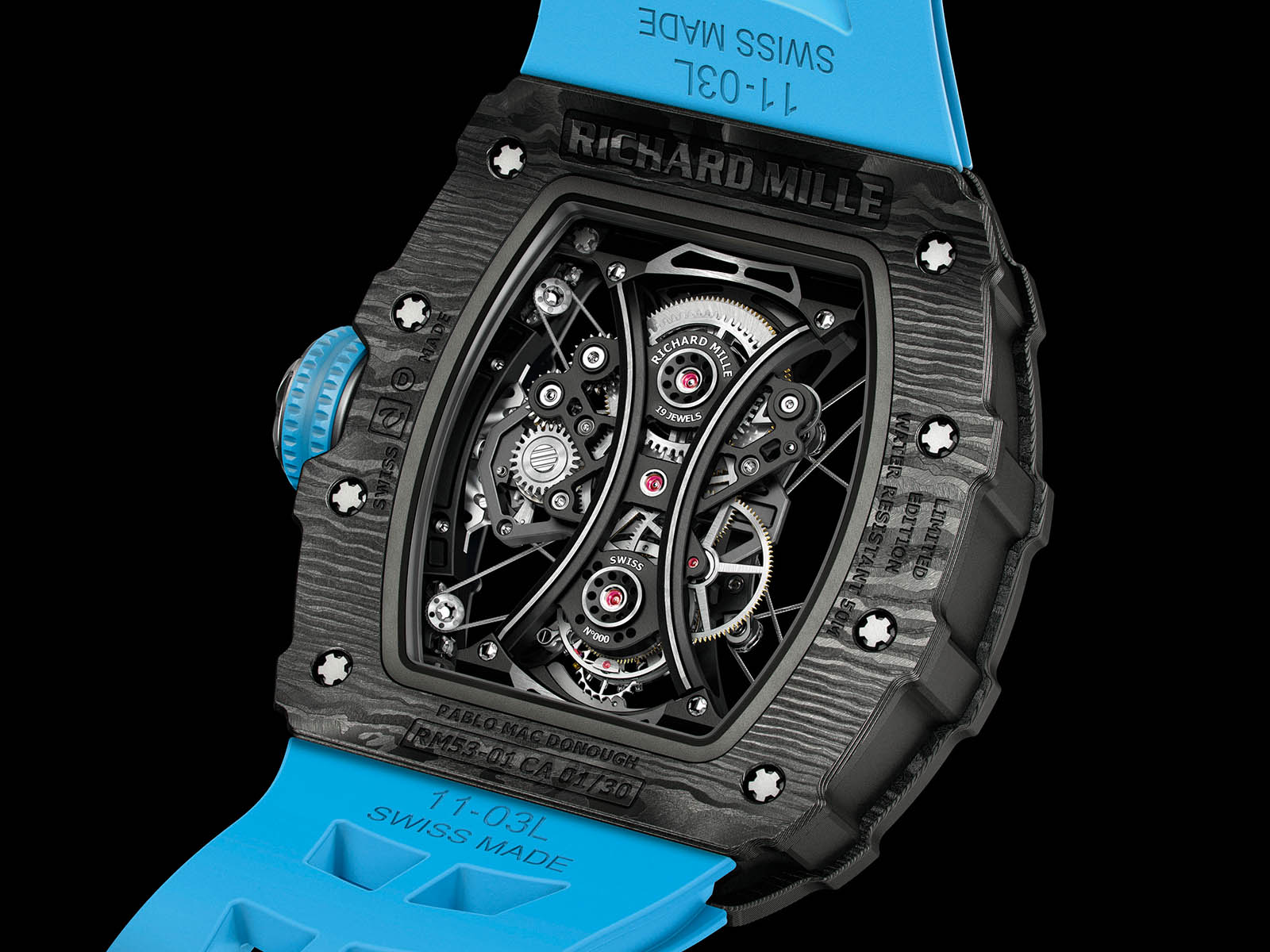 Finally yet importantly, RM uses a unique technology in the crystal, which appears to be vulnerable, and uses a combination of glass processed in two different directions at an atomic level, which can even withstand to the impact by a speeding bullet. In fact, the crystal can break, but never shatters. 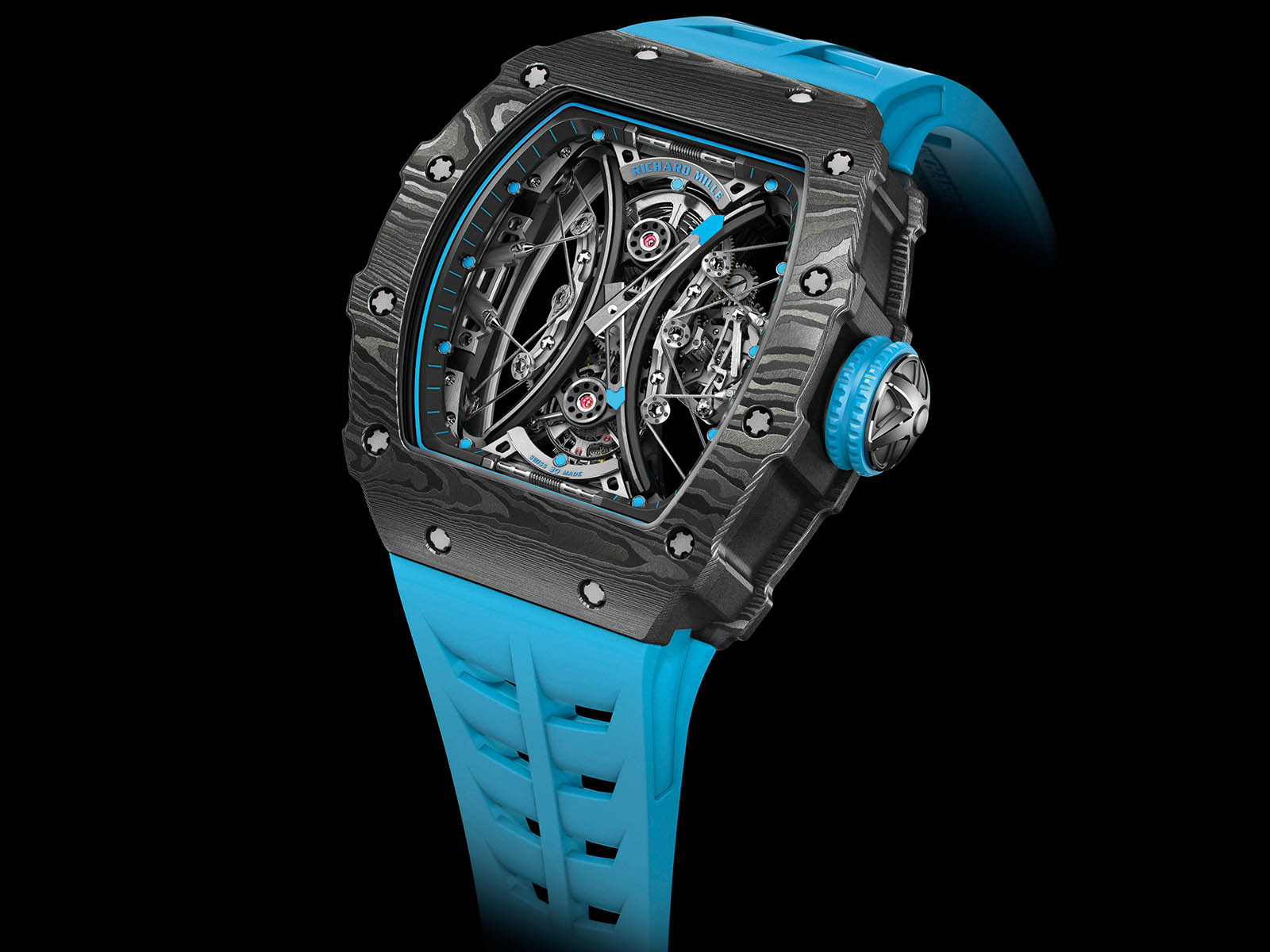 Only 30 of the RM 53-01 models were produced, so you probably missed this watch just like the RM 053. Don’t worry; I’m sure Richard Mille will greet us with a third Pablo Mac Donough model in a few years.