Arnold & Son, one of the most senior names among well-established Swiss watch brands, is the guest our Hands On corner with the Quadran Edition of its highly acclaimed Royal TEC1 model that was designed for the 250th anniversary of the brand and introduced in Baselworld 2014.

Among the new models introduced under Baselworld 2014, Arnold & Son Royal TEC1 is the brand’s third Tourbillon featured model. At the same time, the Royal TEC1 is also the first Tourbillon model to be produced in the brand and the automatic chronograph model with a column impeller. 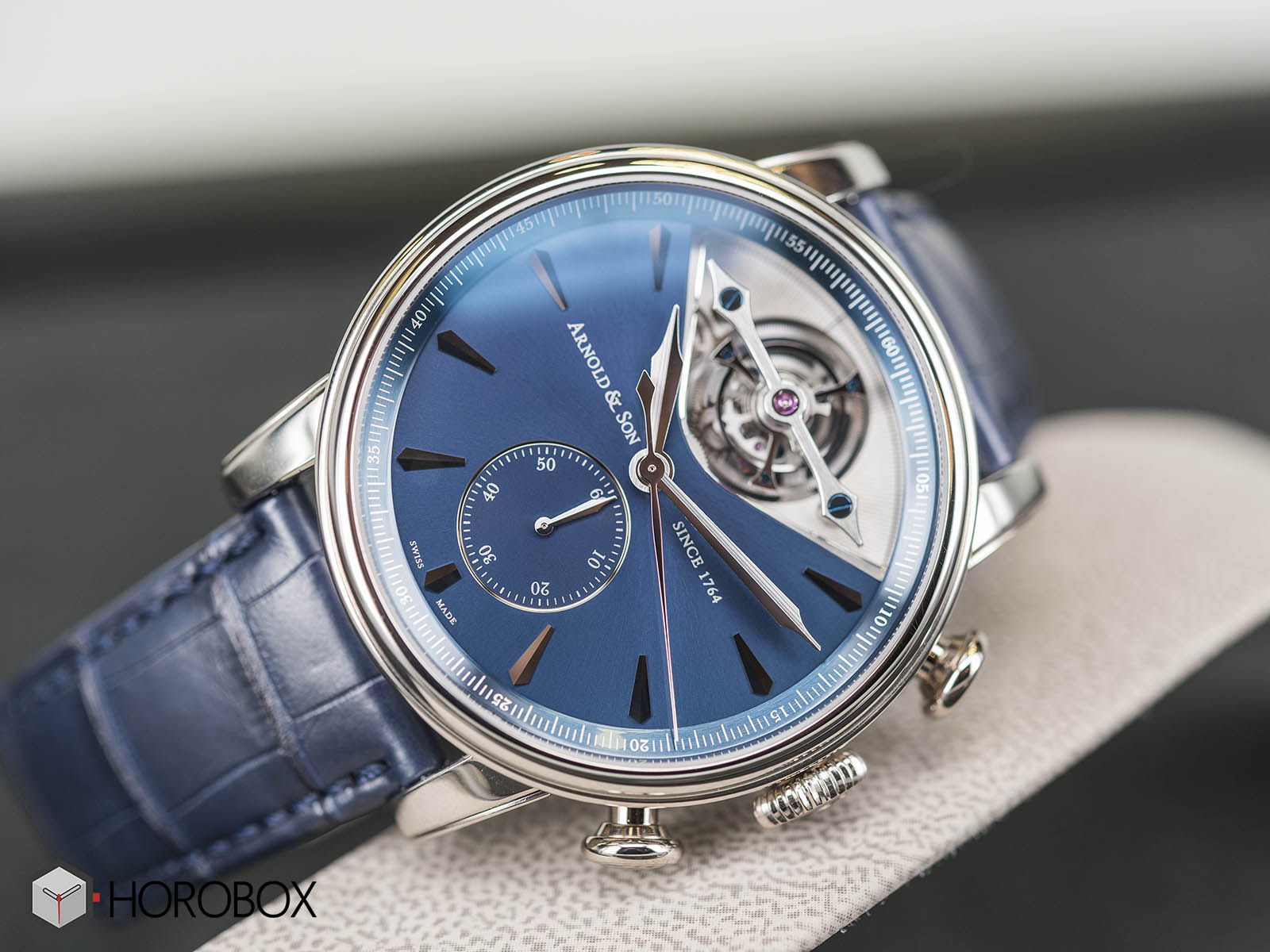 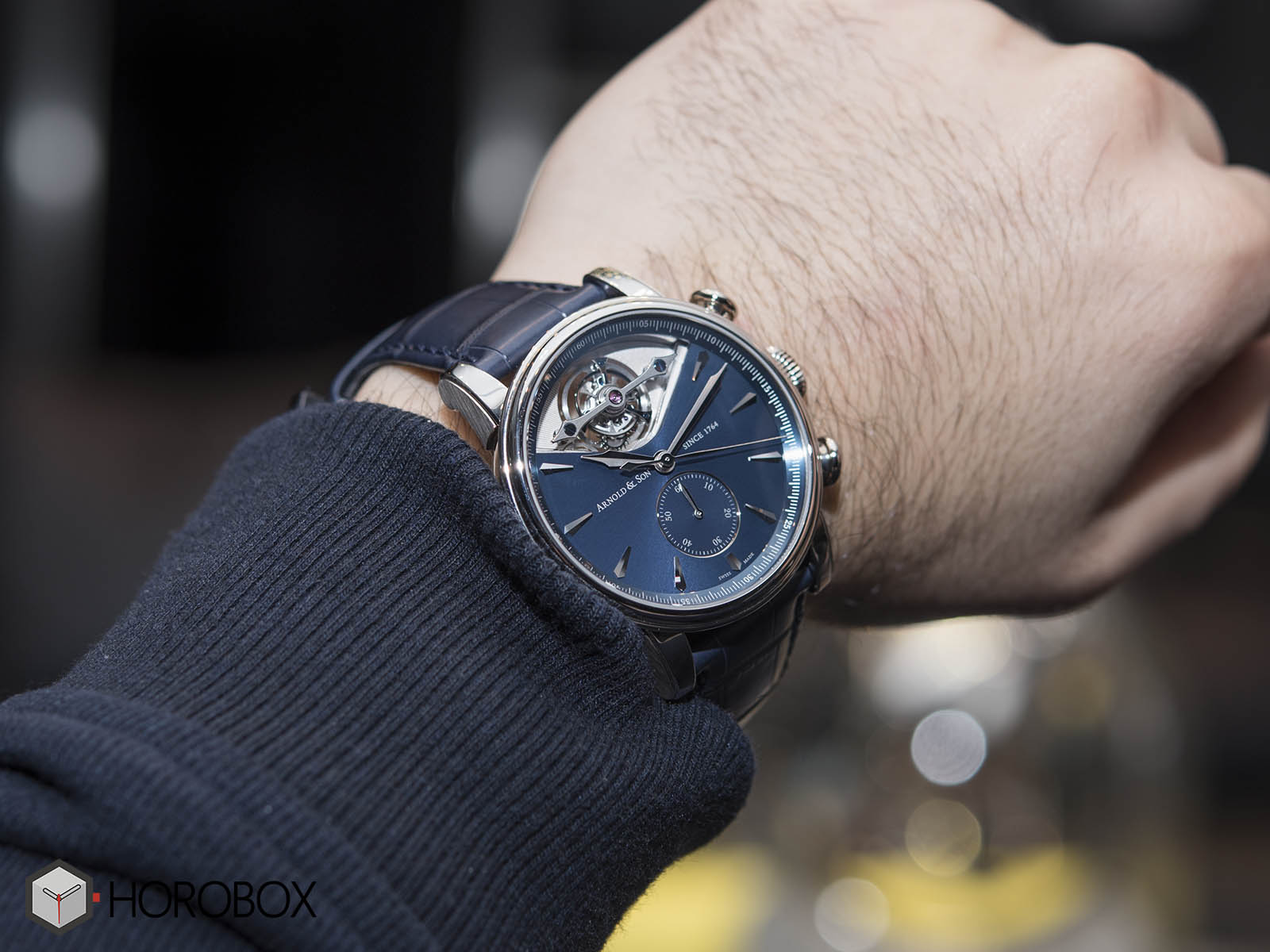 The Arnold & Son Royal TEC1 Collection have three different models in standard as the 18K pink gold, the 18K pink gold limited version and the Palladium version. Today we have the Quadran Edition version which is exclusively made for the multi-brand Quadran Boutique – one of the first spots to come to mind when it gets to luxury watch shopping in Turkey. 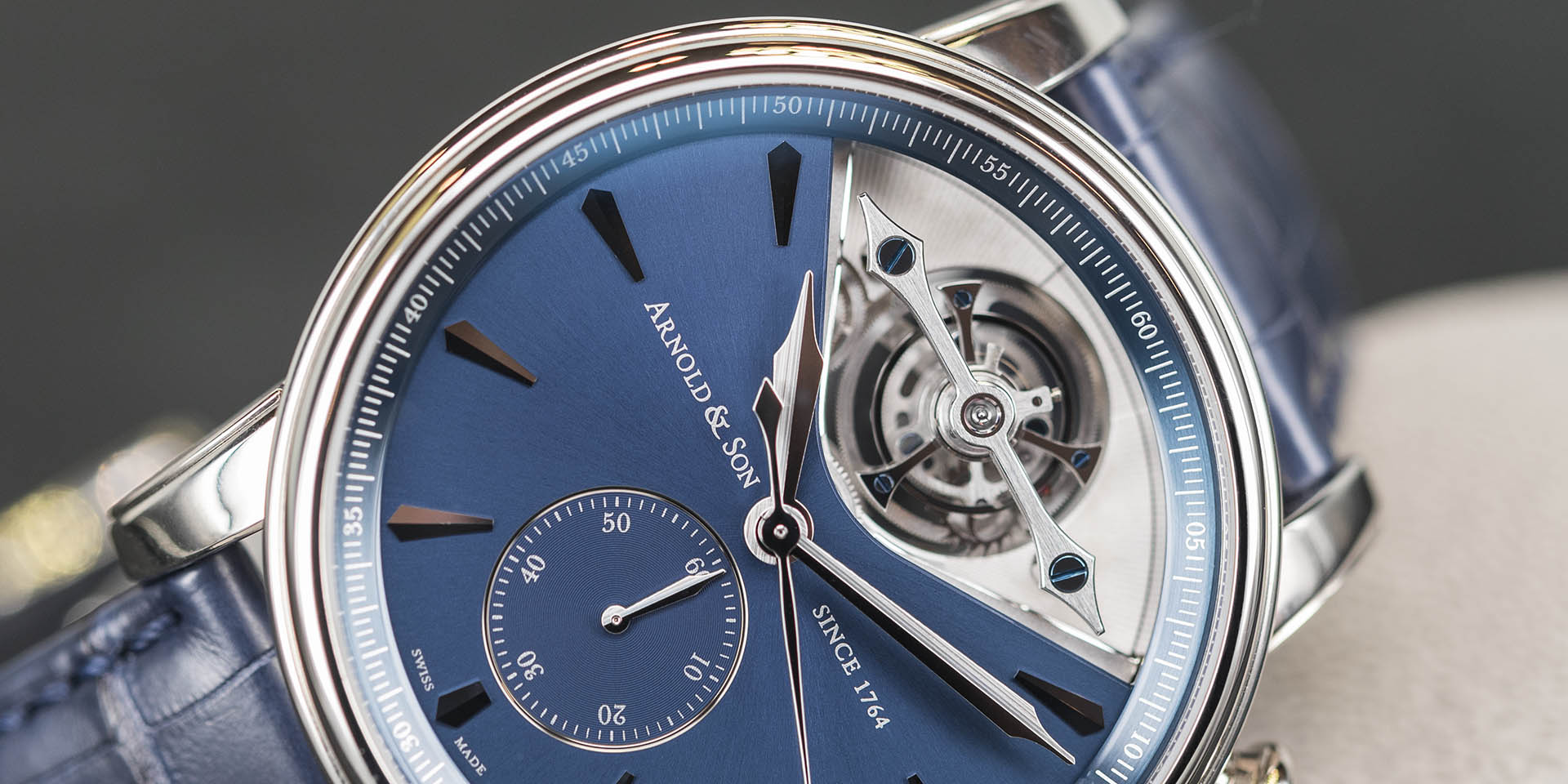 Arnold & Son Royal TEC1 Quadran Edition comes in a palladium case measuring 45mm in diameter. The palladium case which suits with the beautiful blue tone of the dial, is equipped with anti-glare treated scratch resistant sapphire crystals on both sides. The sapphire crystal display caseback features Quadran Edition and Nice Dostluklara (To Many Friendships) texts. The case is water resistant to 30 meters. 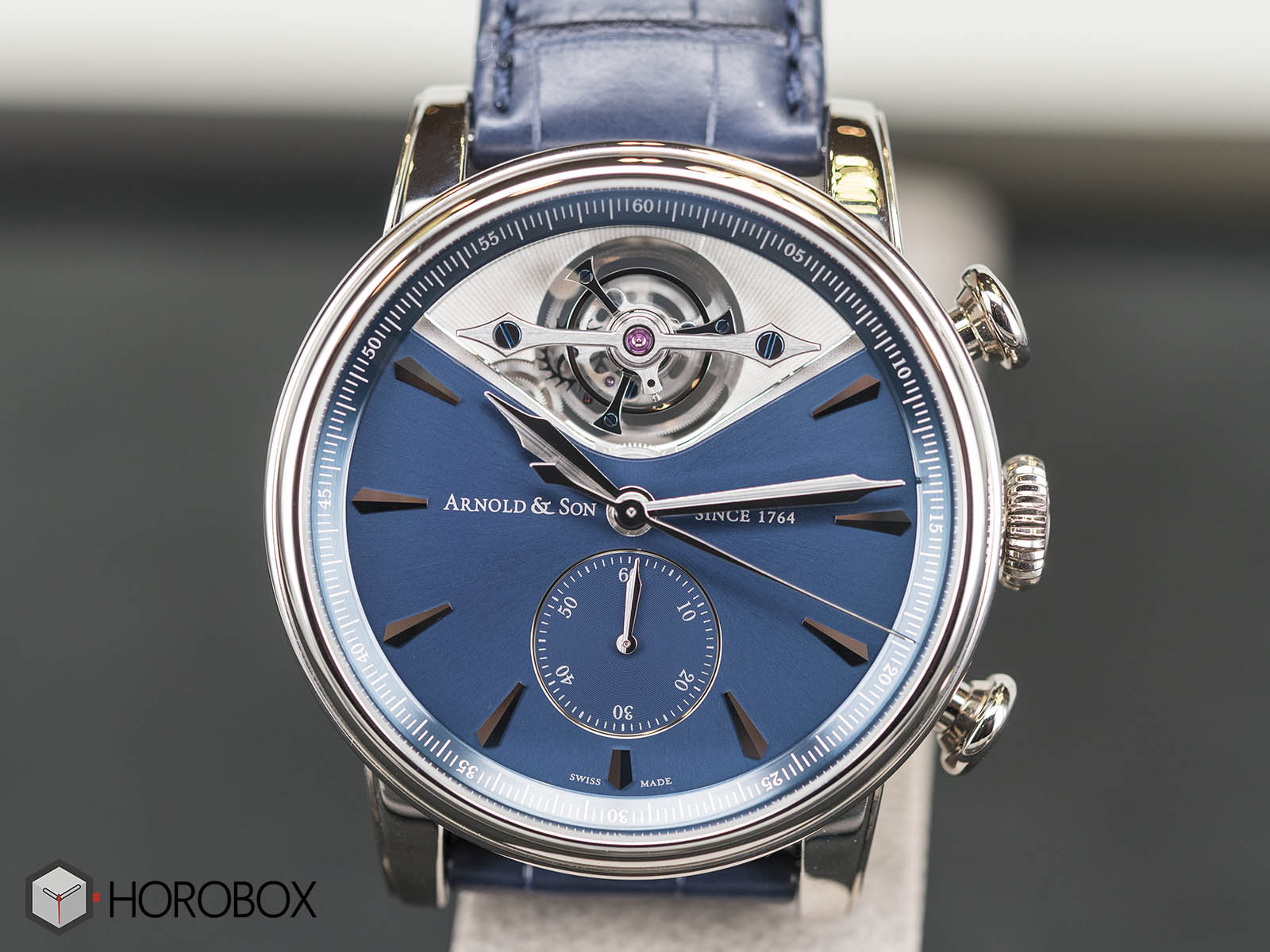 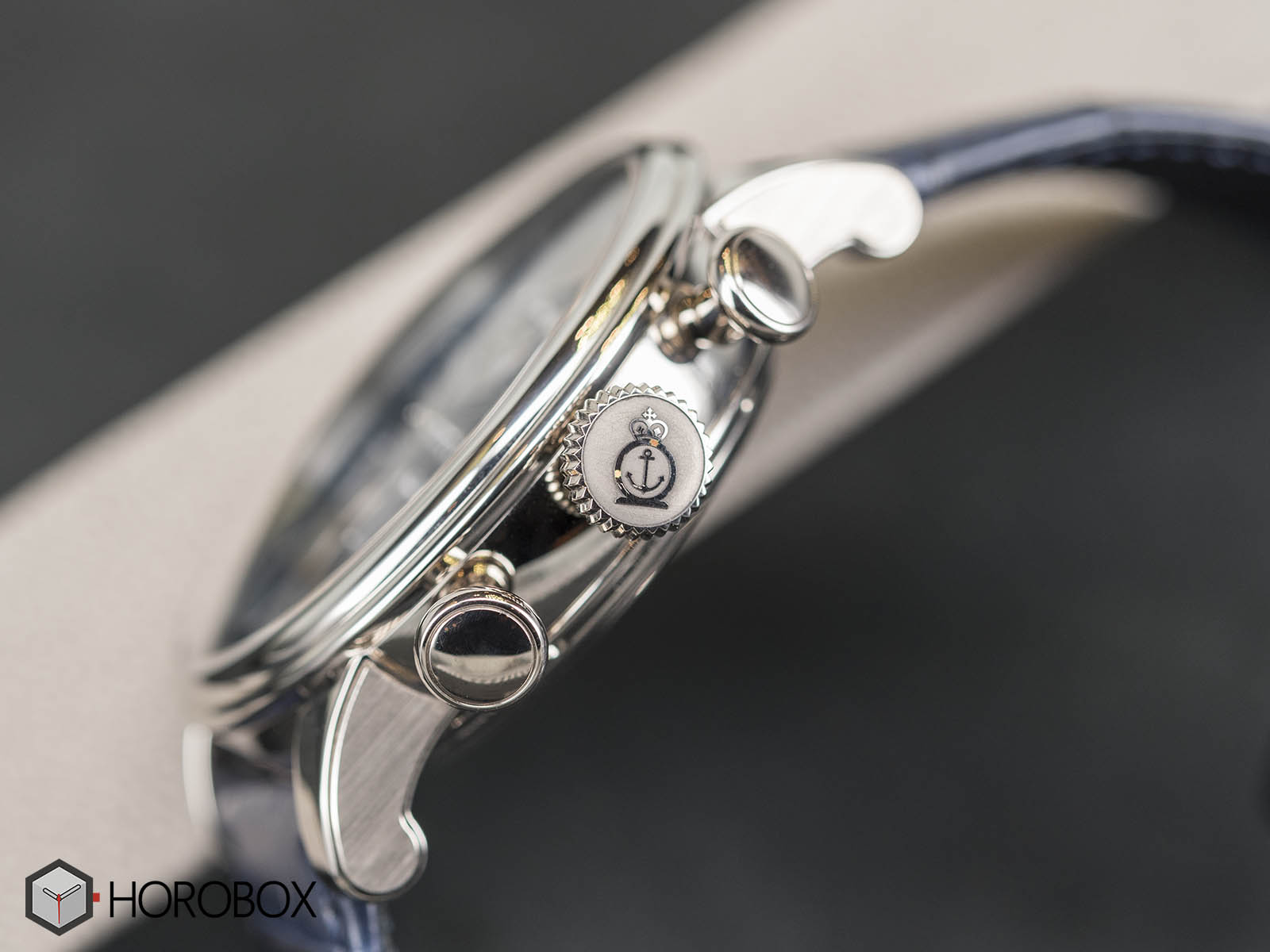 The model’s dial is designed in open heart style with a perforated part revealing the Tourbillon feature between 10 o’clock and 2 o’clock positions. The dial is accented with hands and indices in line with the case material. The sub is the chronograph’s 60 minutes counter. The central second hand is the chronograph’s second hand which can be operated via the two pushers. Simply, the Arnold & Son Royal TEC1 Quadran Edition does not have a running second hand. 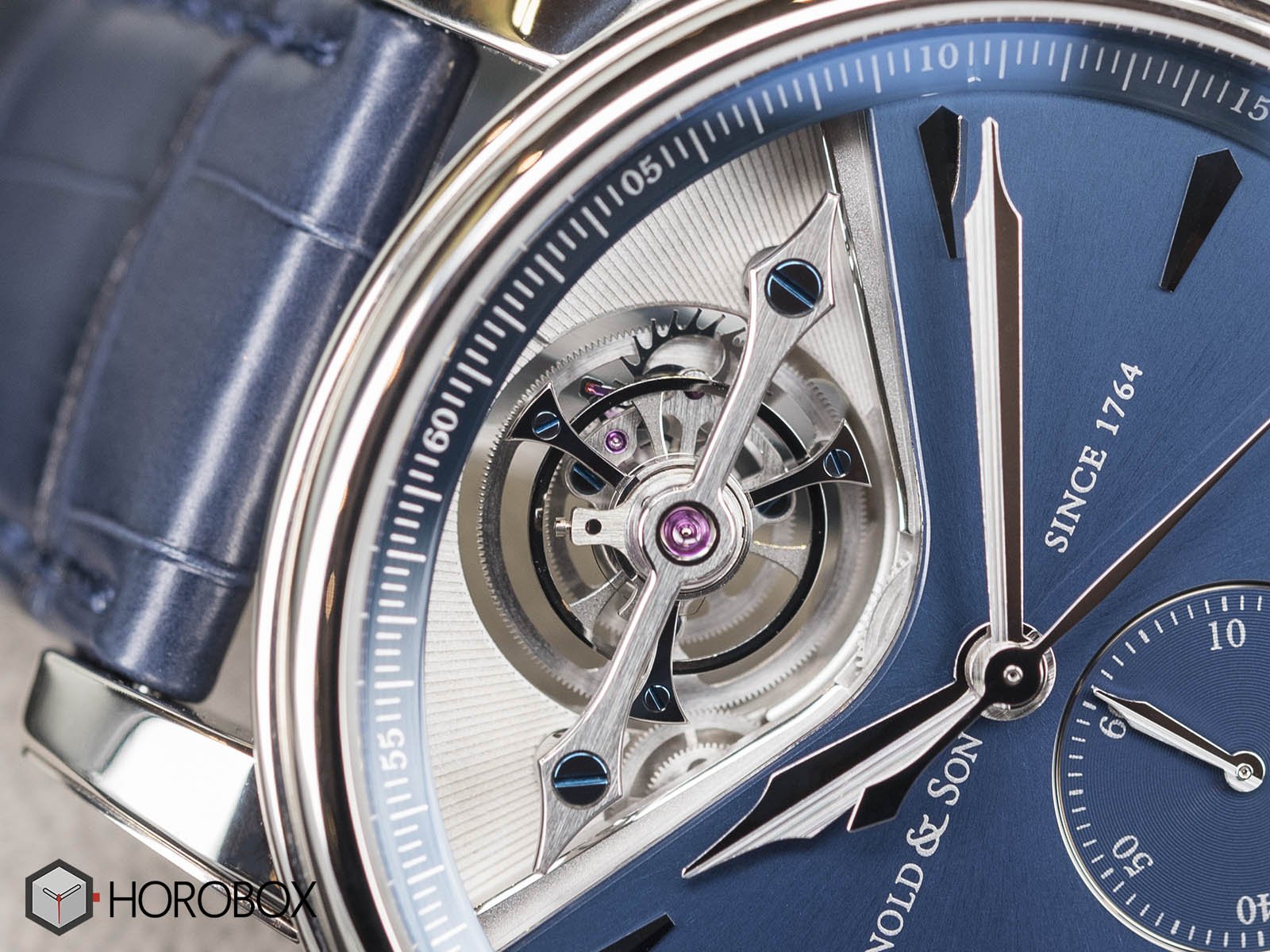 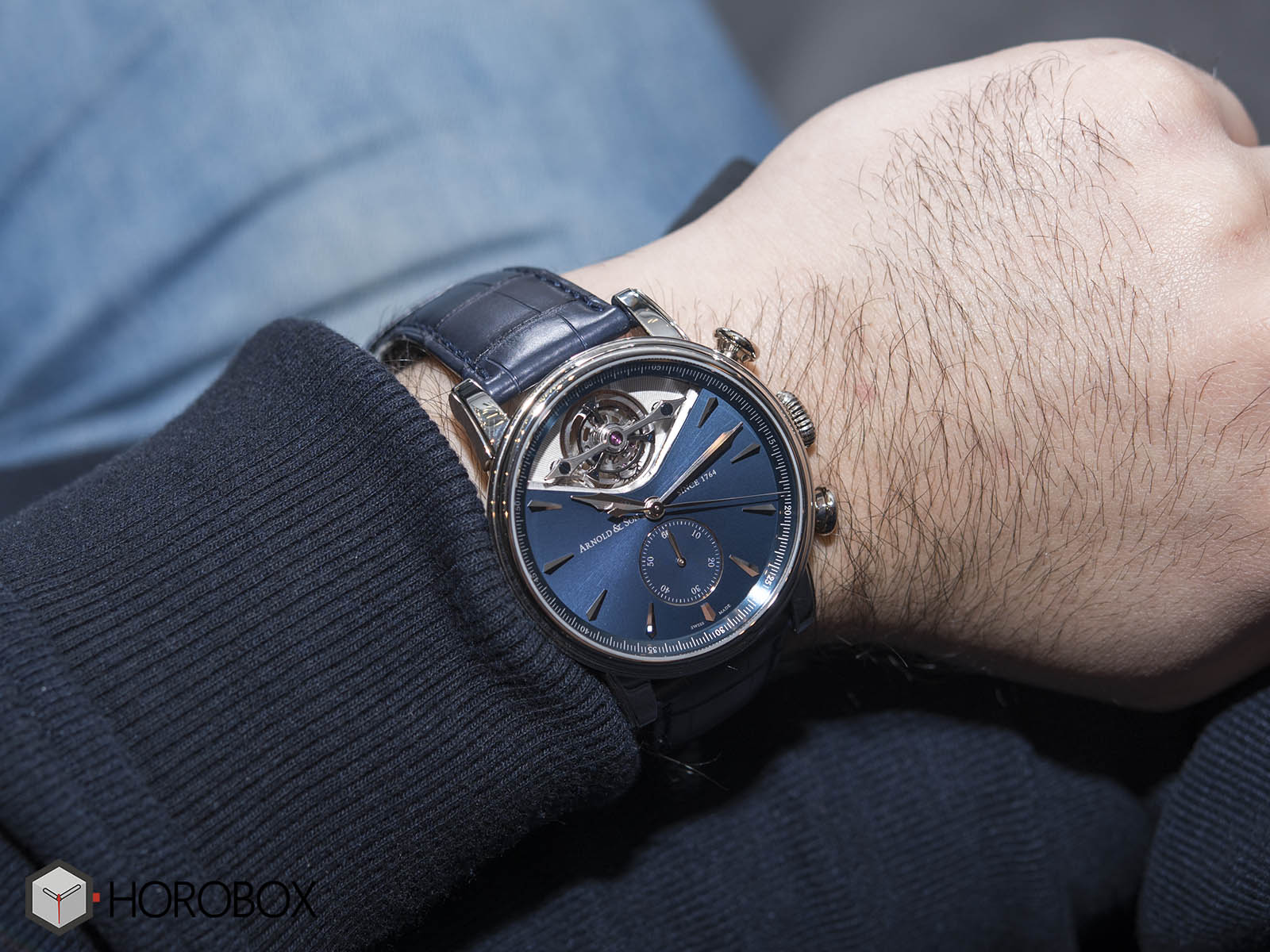 The model is limited to 3 units only and is offered on a blue alligator strap that is secured by an Arnold & Son signed folding clasp made of palladium. 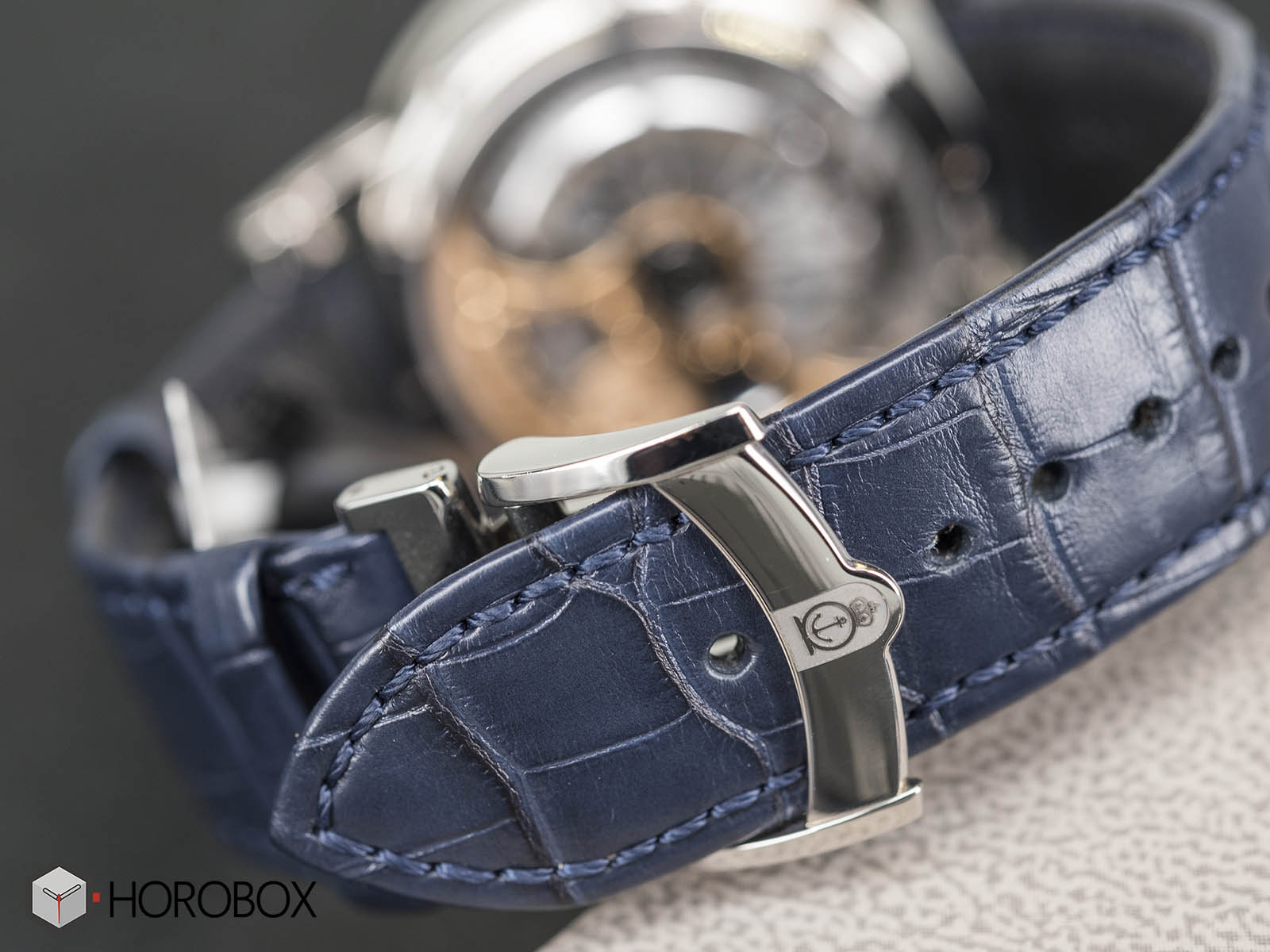