Bell and Ross, the French origin watch brand that manufactures models inspired by the details out of a plane’s cockpit, announced two new models planned to be launched officially at the upcoming Baselworld 2017 exhibition. The new models, also designed in aviation concept, are inspired by airport watches and the landing strip projector lights.

The brand’s symbolic BR Series case in square form and round dial are finalized with the minimalist touches of “Bauhaus” the German school of fine arts.

The first timepiece in the newly announced collection is the Bell & Ross BR 03-92 Horograph model. The stainless steel case measures 42mm diameter and features a micro bead-blasted surface. The new model, which got a heavy Tool Watch identity thanks to its grainy surface, sports an AR coated sapphire crystal on the front side and offers a water resistance value of 100M.

The date function, which is the only extra feature of the model inspired by the airport watches and designed to read the time precisely and effortlessly, can be seen from a display located between 4 and 5 o’clock. Thanks to the SuperLuminova applied hands and indexes of the watch, nighttime legibility is kept at a high level.

Bell & Ross BR 03-92 Horograph, blending Bell & Ross’s iconic BR series details with minimalist design elements, was my favorite model. The only criticism I will make about the watch is about the red 100M indication on the screen. Obviously I found the 100M text written in red fonts a bit unnecessary for such a simply but functionally designed timepiece. 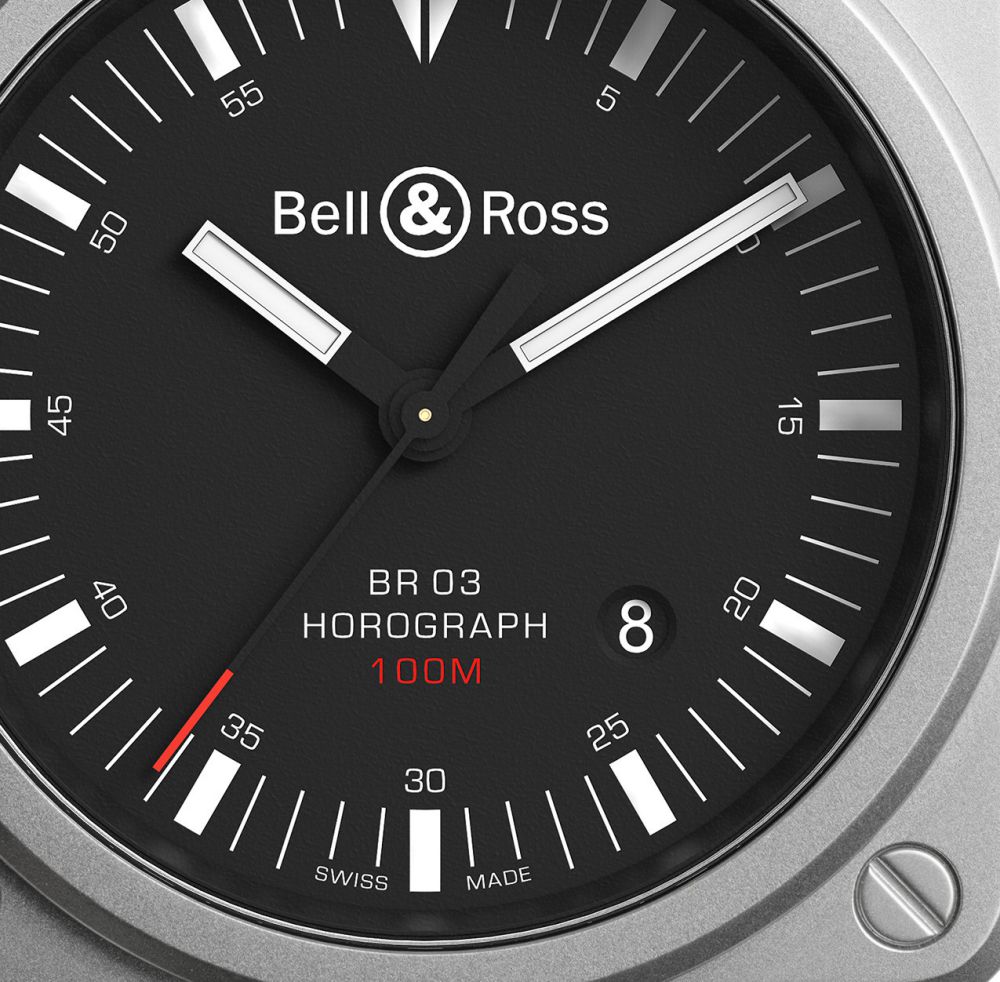 Bell & Ross BR 03-92 Horograph is powered by the Caliber Ref. BR-CAL.302. The self-winding movement, which is based on the Sellita Caliber Re. SW300-1, offers 38 hours of power reserve when fully wound.

The new model comes with a black rubber strap and a synthetic textile strap. Both options are accompanied by a buckle made from the same material as the case. 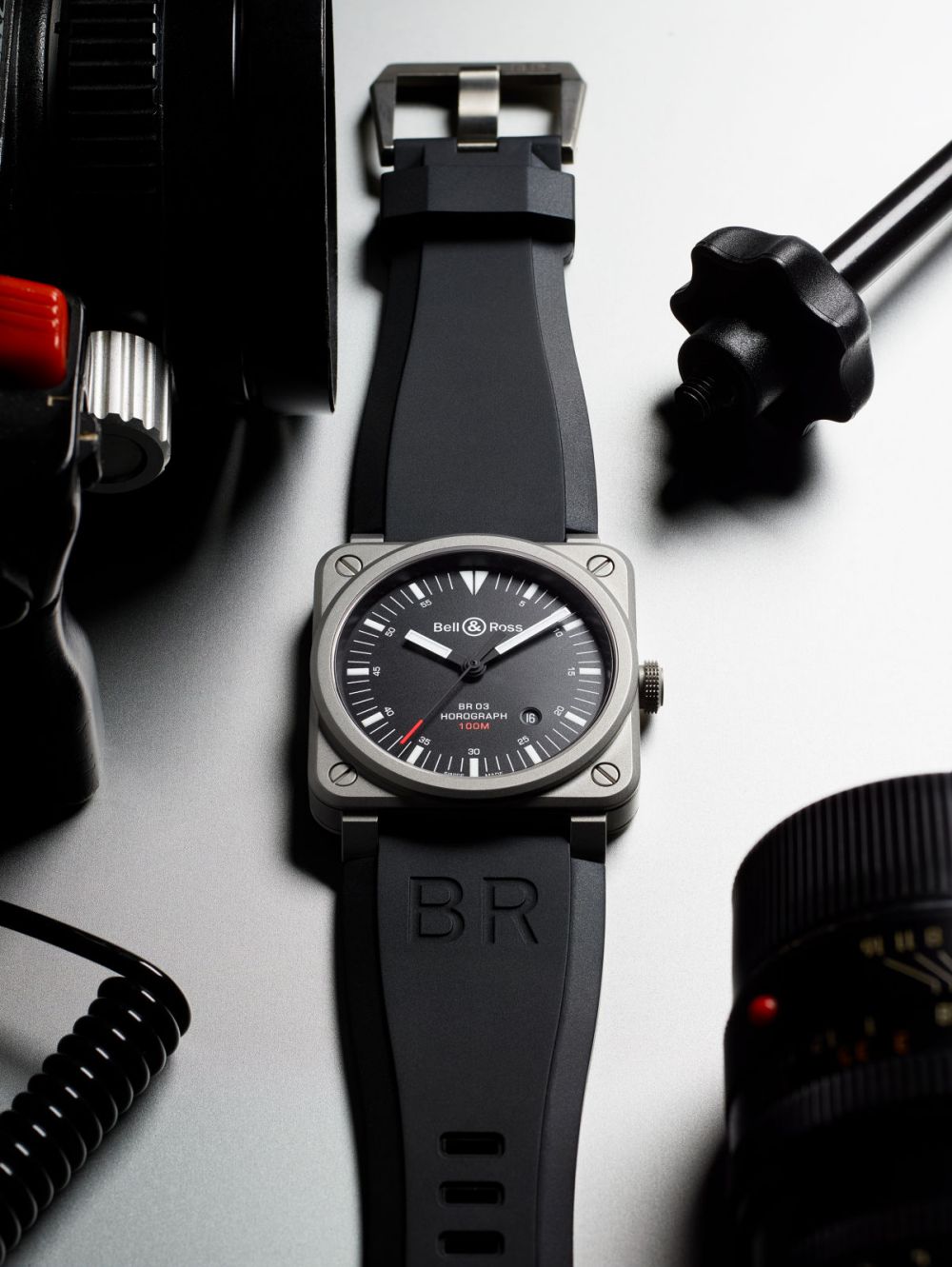 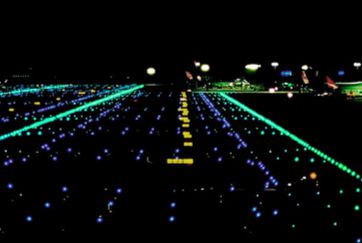 The second model in the new series is the Bell & Ross BR 03-92 Horolum. The technical details of the model are the same with the previous one, but the dial part is visually designed differently. BR 03-92 Horolum is inspired by the landing strip projector lights. The readability of the dial designed in sandwich style, has been brought to the top level thanks to the SuperLuminova phosphorus material used in hands and indexes. The SuperLuminova with green tone is a very good match to the gray background. 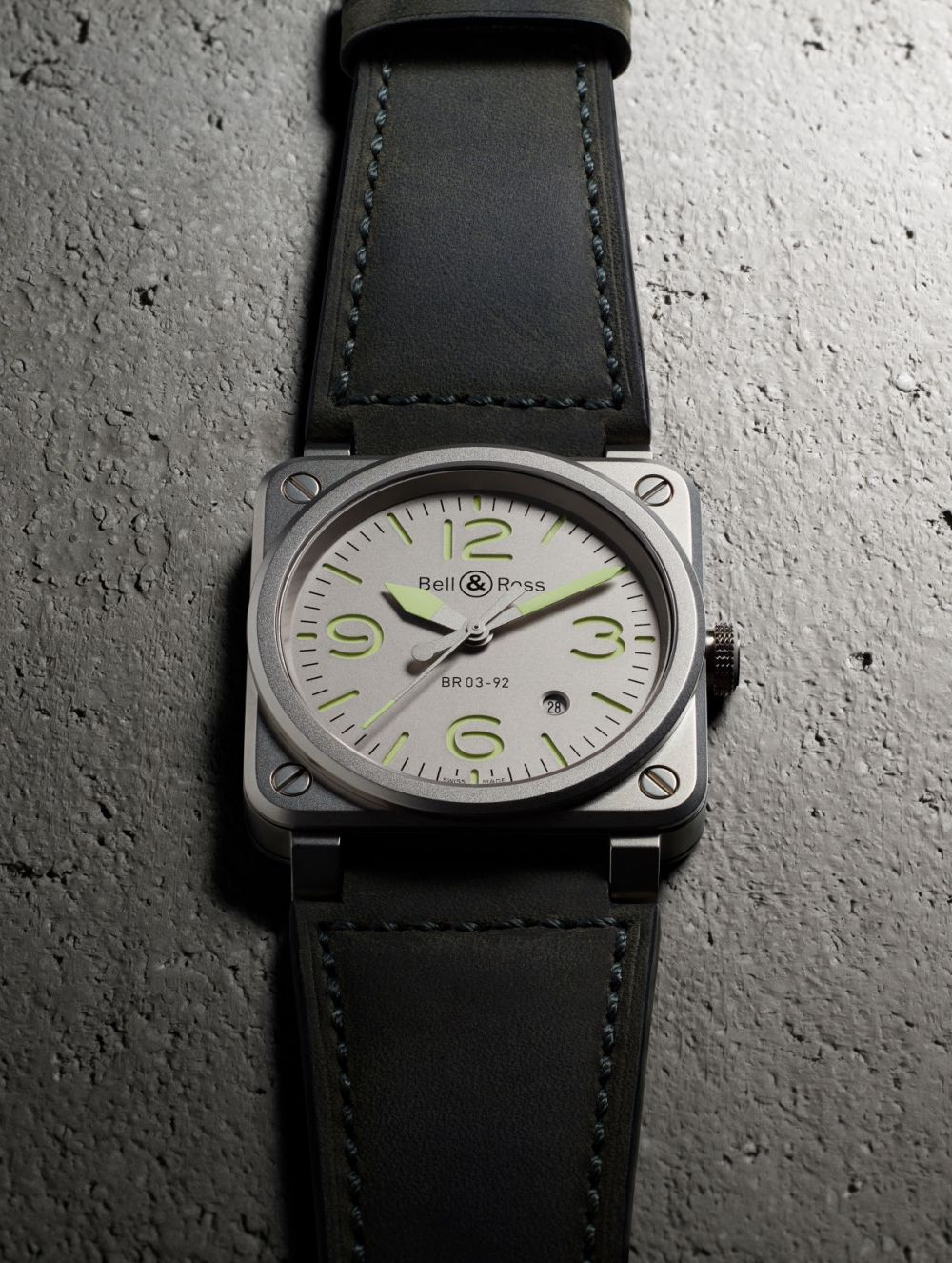 The new model is powered by the Caliber Ref. BR-CAL.302 and offered with a pair of straps as gray calf skin and black synthetic textile. Both straps are secured by a buckle in the same material as the case. 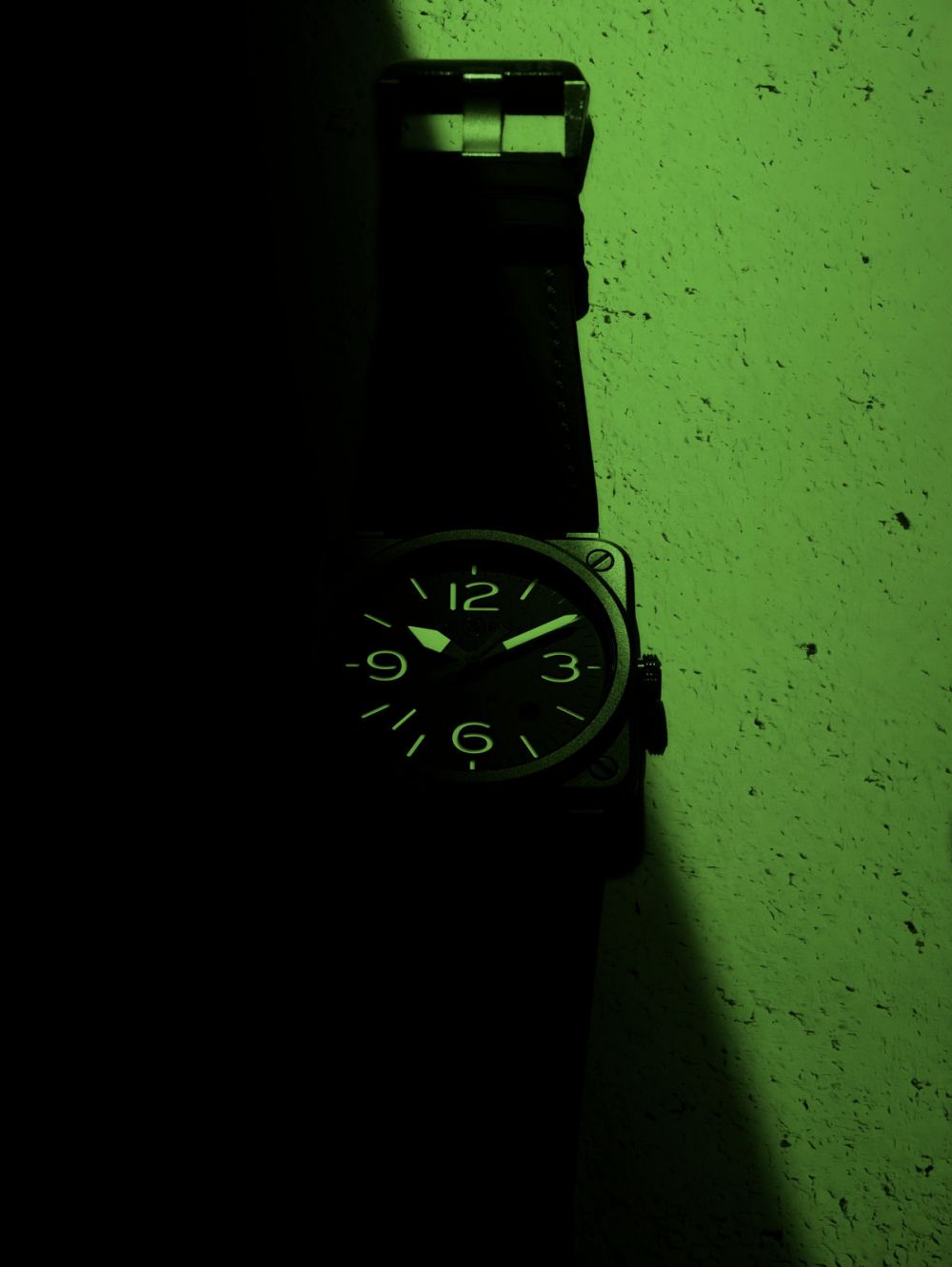