Inspired by military and aviation themes in the vast majority of its current collection, the French brand Bell & Ross has announced two new models dedicated to the French Coast Guard (Garde Côtes). 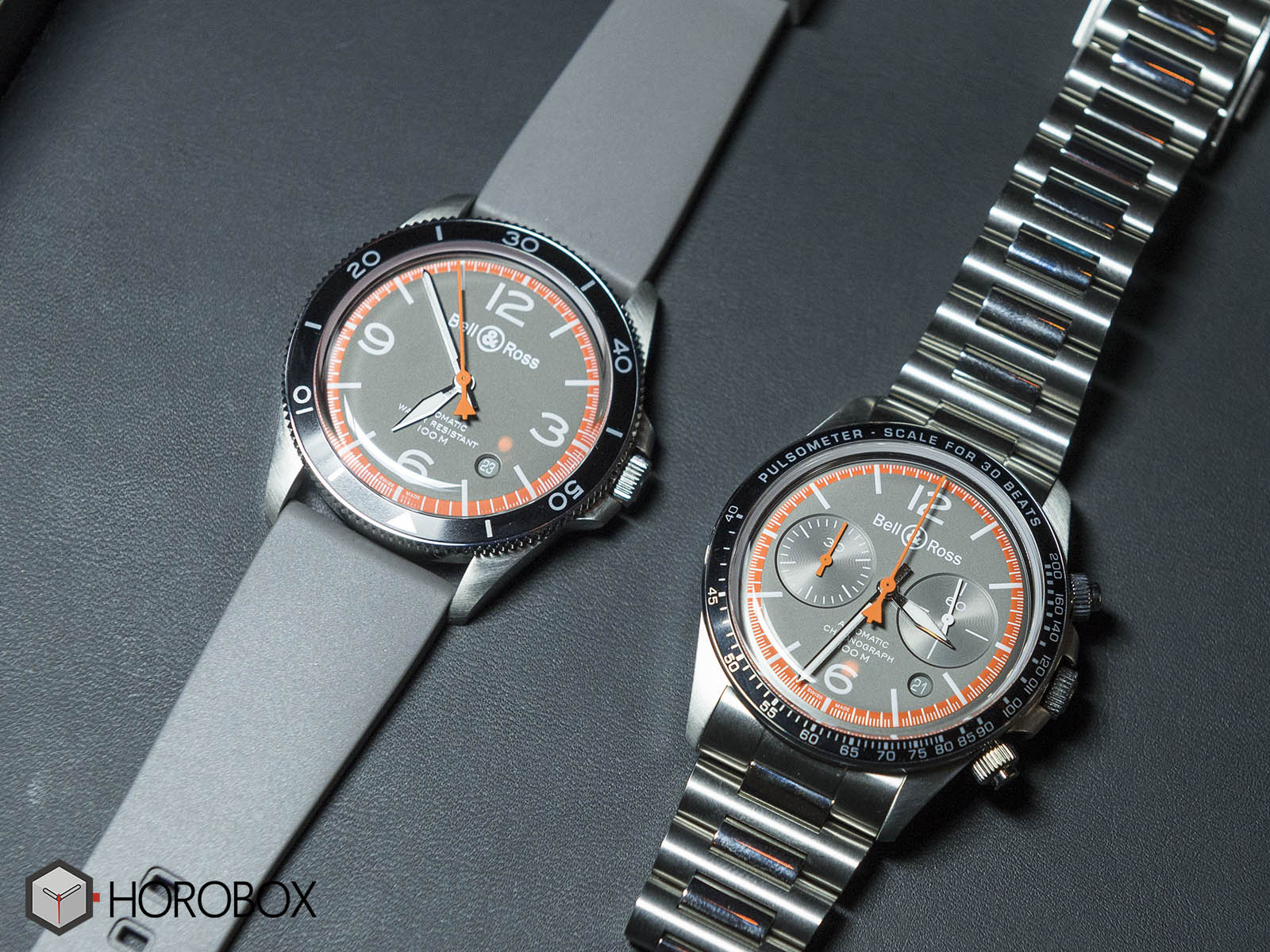 Two models were produced to commemorate the fearless heroes of the coastguard who struggles in the most difficult conditions. If you do not have any idea about the coastguard teams’ training and the conditions they work in, I would suggest you to watch The Guardians (2006). The movie, which stars Kevin Costner and Ashton Kutcher, is based on the lives of American Coast Guard Rescue Team members. 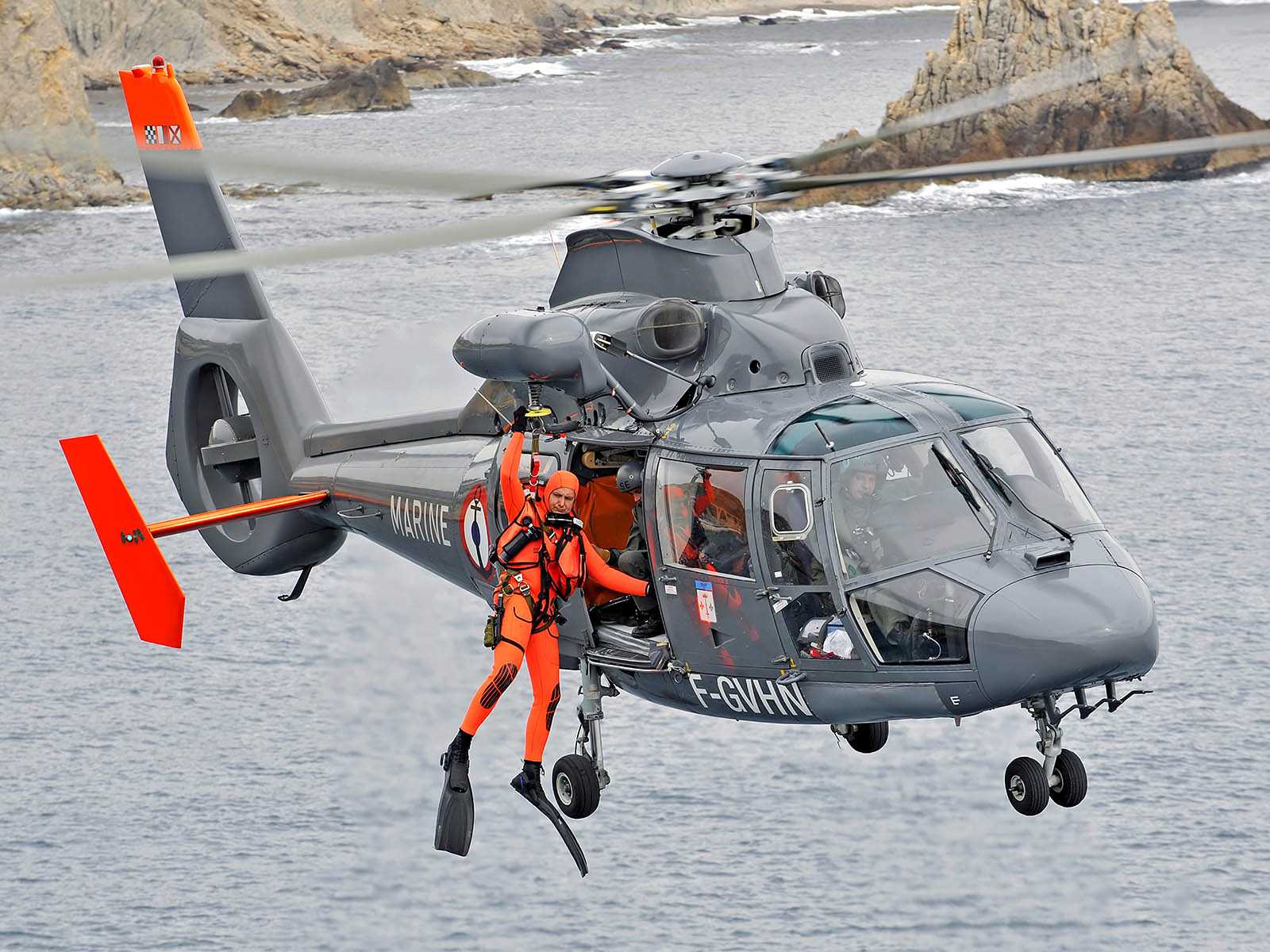 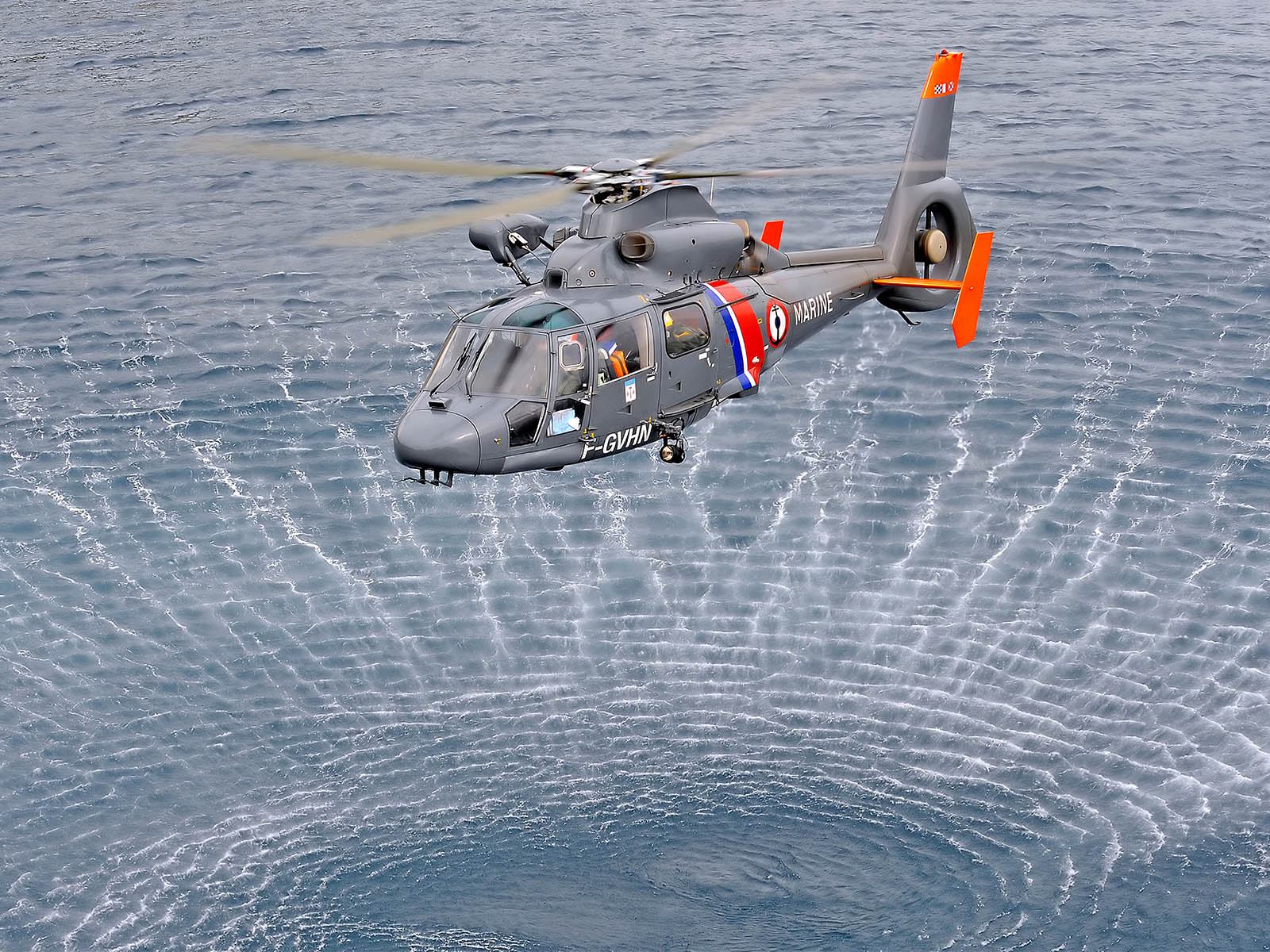 The newly introduced Garde Côtes collection comes in two different versions. In addition to the classic three-hander, there is also a chronograph version in the series. Both models are decorated in gray, orange and white -the official colors of Garde Côtes. 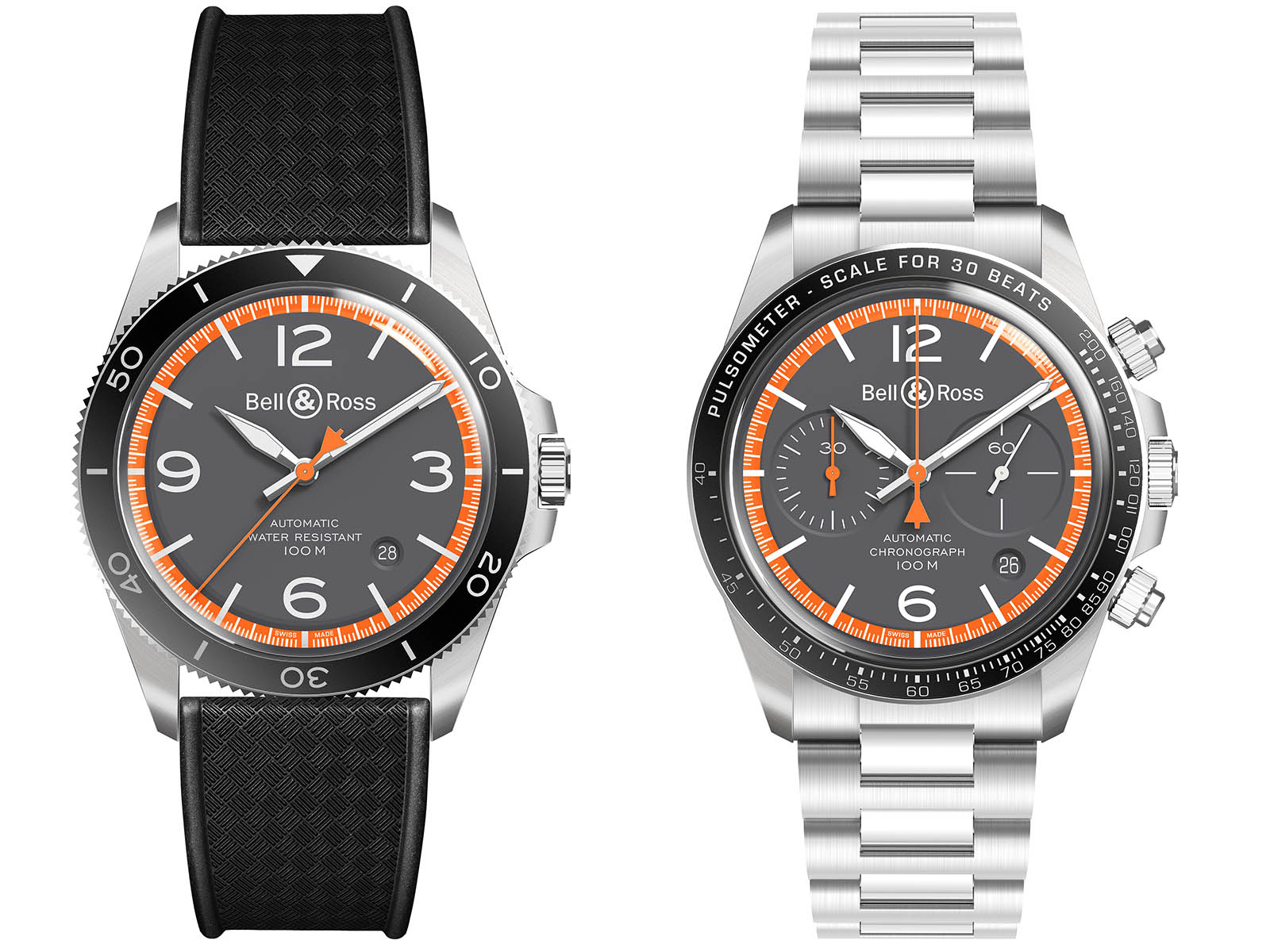 The models are designed in round cases which covers a small section in the current collection of the brand. The cases are made of stainless steel with a diameter of 41mm. The three-hand model comes with a rotating diver’s bezel while the chronograph version is equipped with a pulsometer bezel.  Both models’ cases sport scratch resistant sapphire crystals on both sides.  The models are water resistant to 100 meters. Though it is more than enough for daily wear light water activities, we may have been somewhat disappointed by the "coastguard" tribute. Both models came with sapphire display casebacks with Garde Côtes official symbols –and anchor and a buoy. 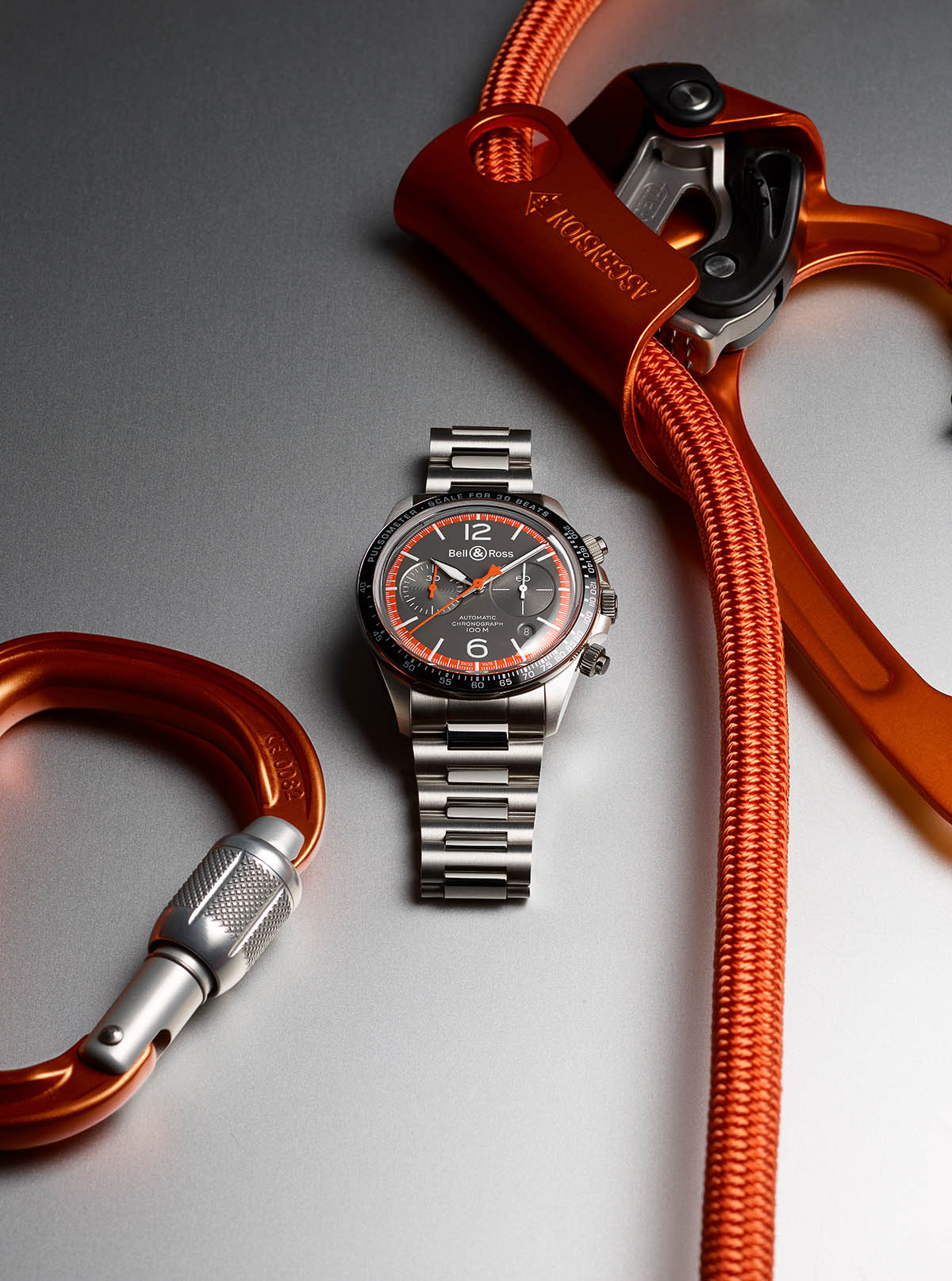 The dial of the models are decorated in gray, orange and white -the official colors of Garde Côtes. Offering optimum legibility thanks to the contrasting color tones, the dials are also pretty legible at dark environments with their SuperLuminova phosphor filled hands and indices. The date window is located between 4 and 5 o’clock displaying a date disk with white lettering on gray background. 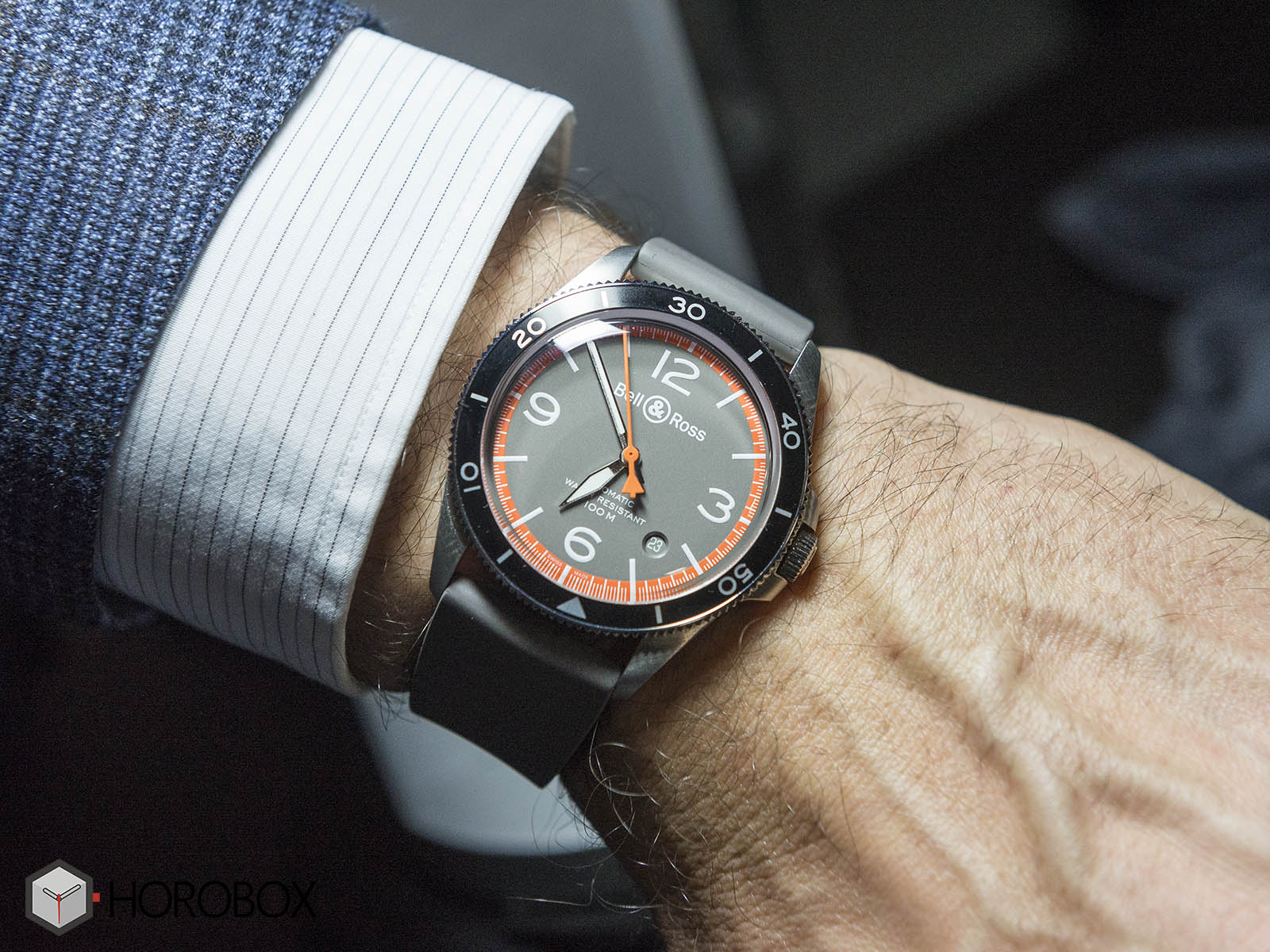 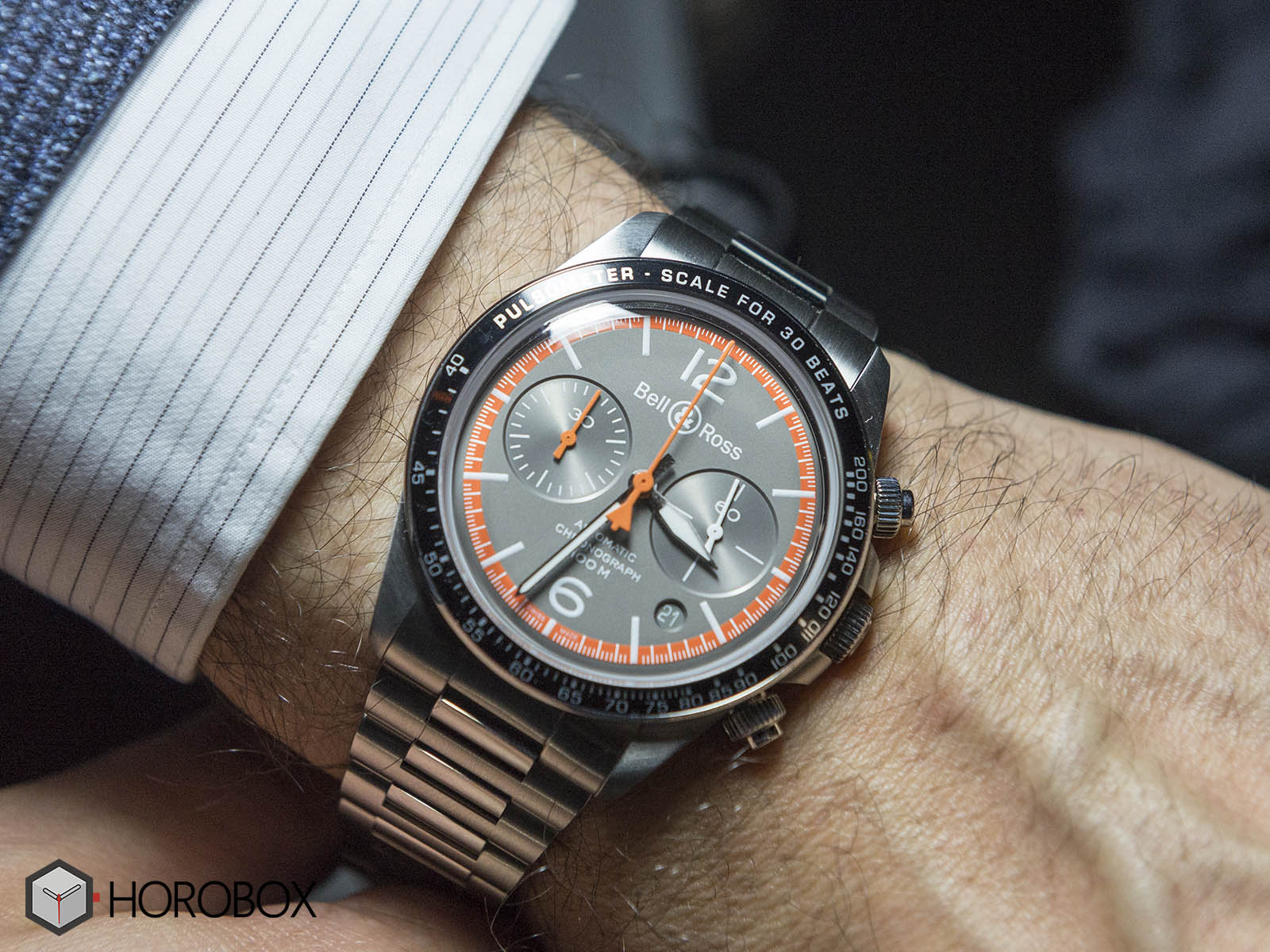 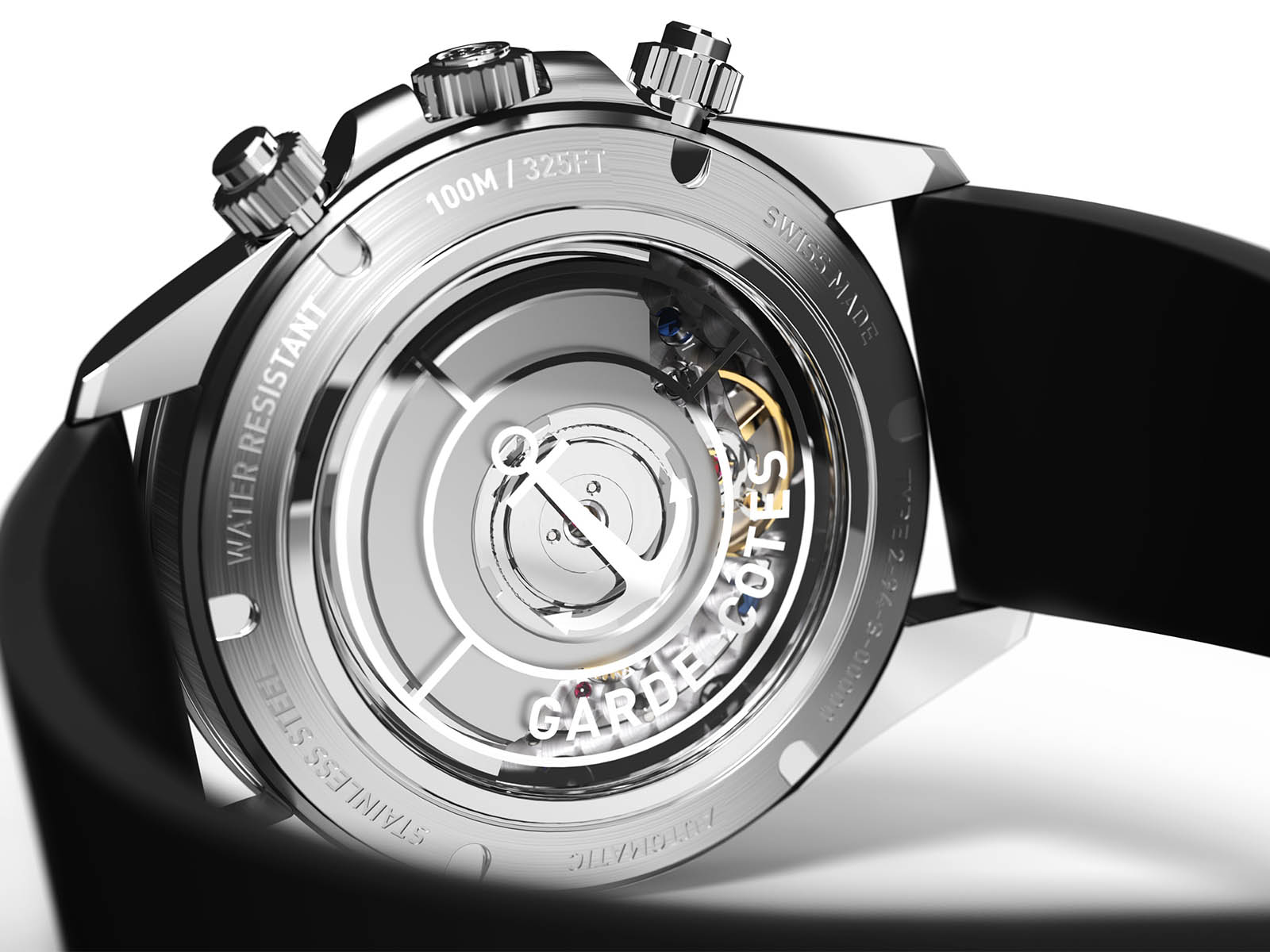 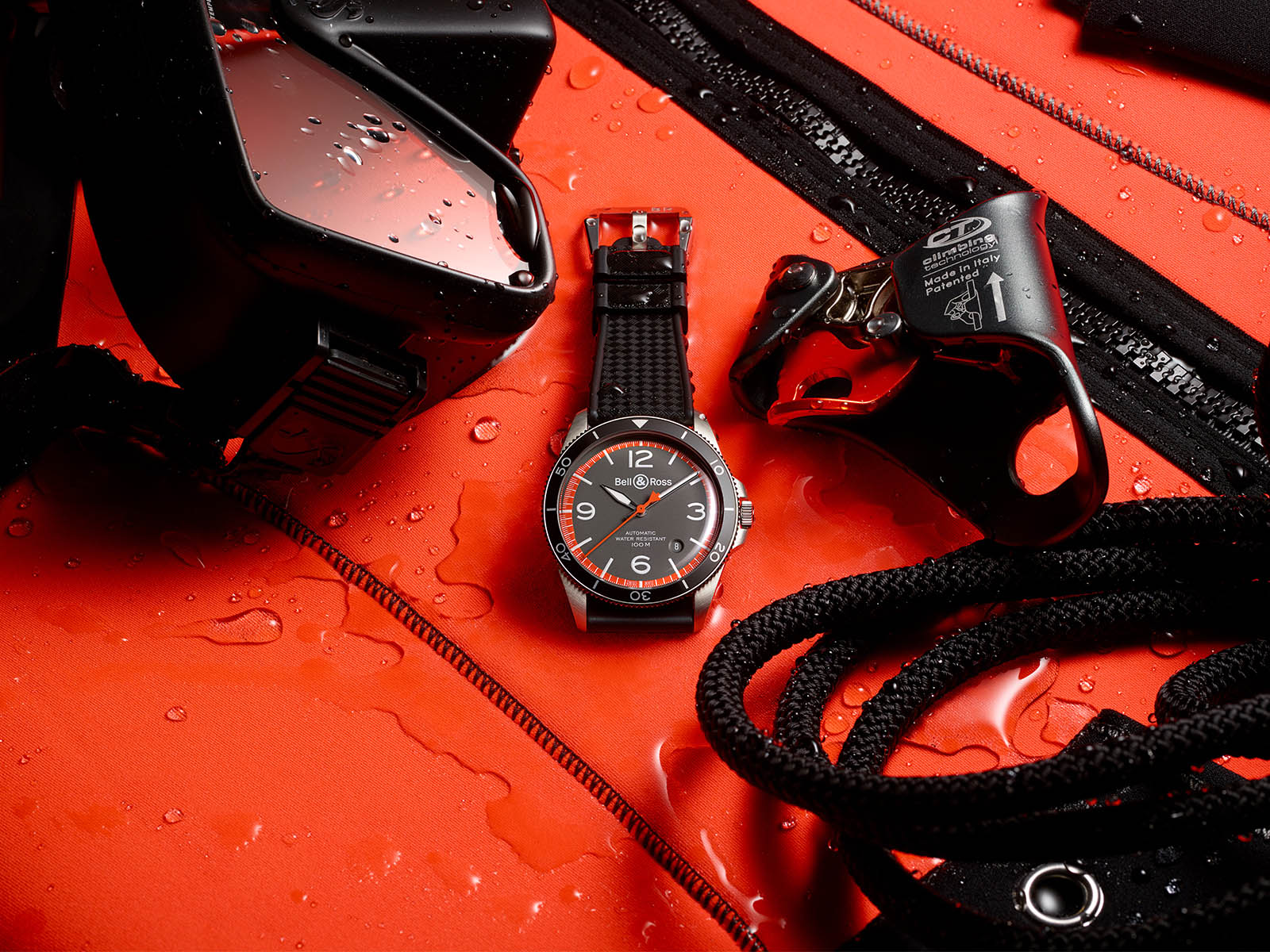