Cartier introduced a new series of timepieces to celebrate of its iconic Tank Collection’s 100th anniversary.

The first two models we have here to introduce are offered in 18K pink gold cases with two different size options. The small version is available in a case measuring 29.5mm x 22mm x 6.8mm while the large version comes in a case sized 33.7mm x 25.5mm x 6.6mm. Today event the large versions of the models in the Tank Louis Cartier range are favored mostly by ladies. It is a fact that the oversized watches trend re-defined the size parameter for both genders especially during the decade that we left behind. However, Tank Louis Cartier large model is definitely a very stylish alternative for those who like to wear small or mid size watches like me. 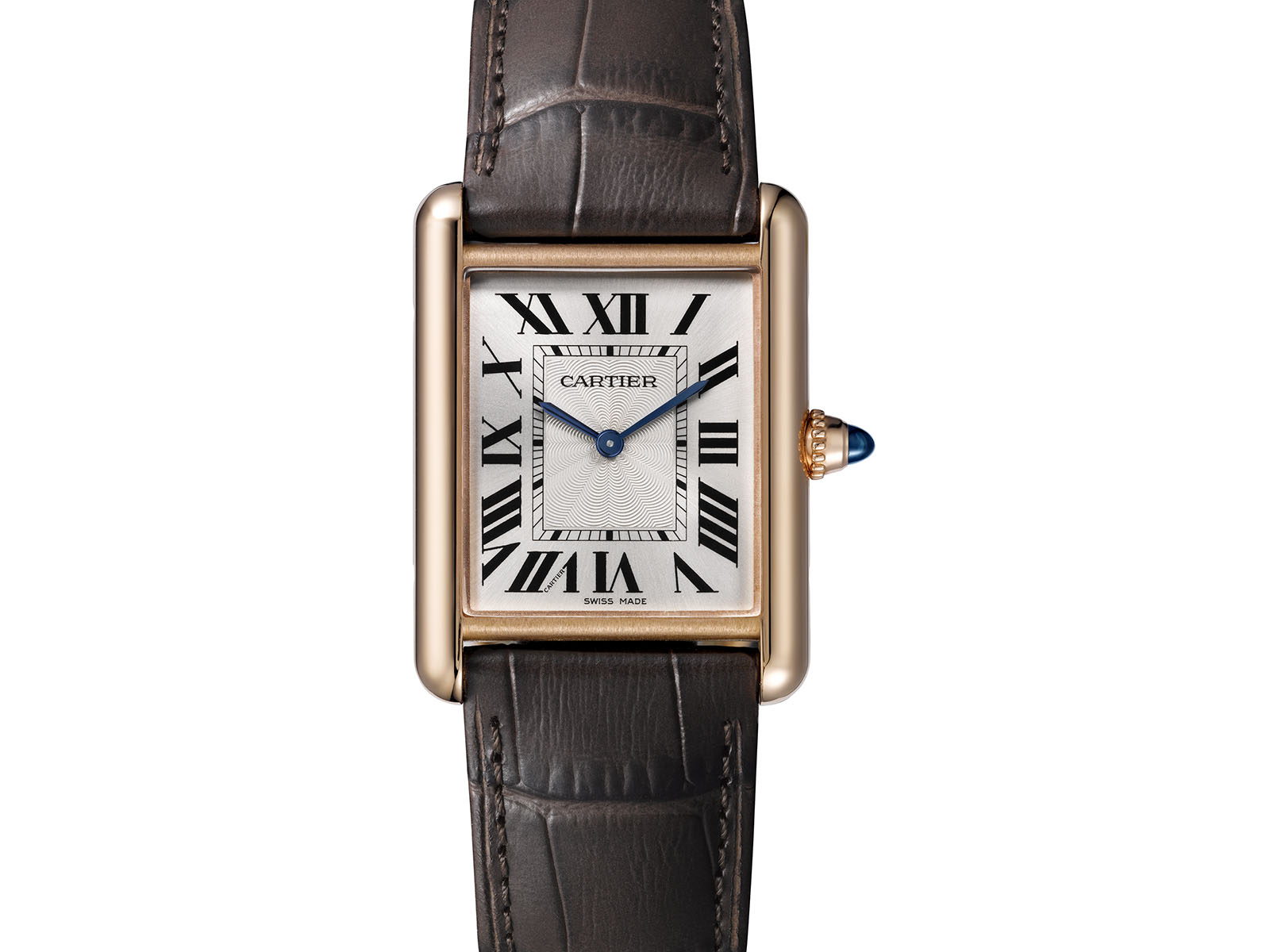 Both models come with classic Cartier design details like a pair of blued hands, Roman numeral indices and a cabochon cut blue sapphire winding crown. The new models are offered on alligator straps that are secured with traditional Cartier folding clasp in 18K pink gold. Both models are equipped with scratch resistant sapphire crystals on the front side and powered with the brand’s in-house movement Caliber Ref. 8971 MC. 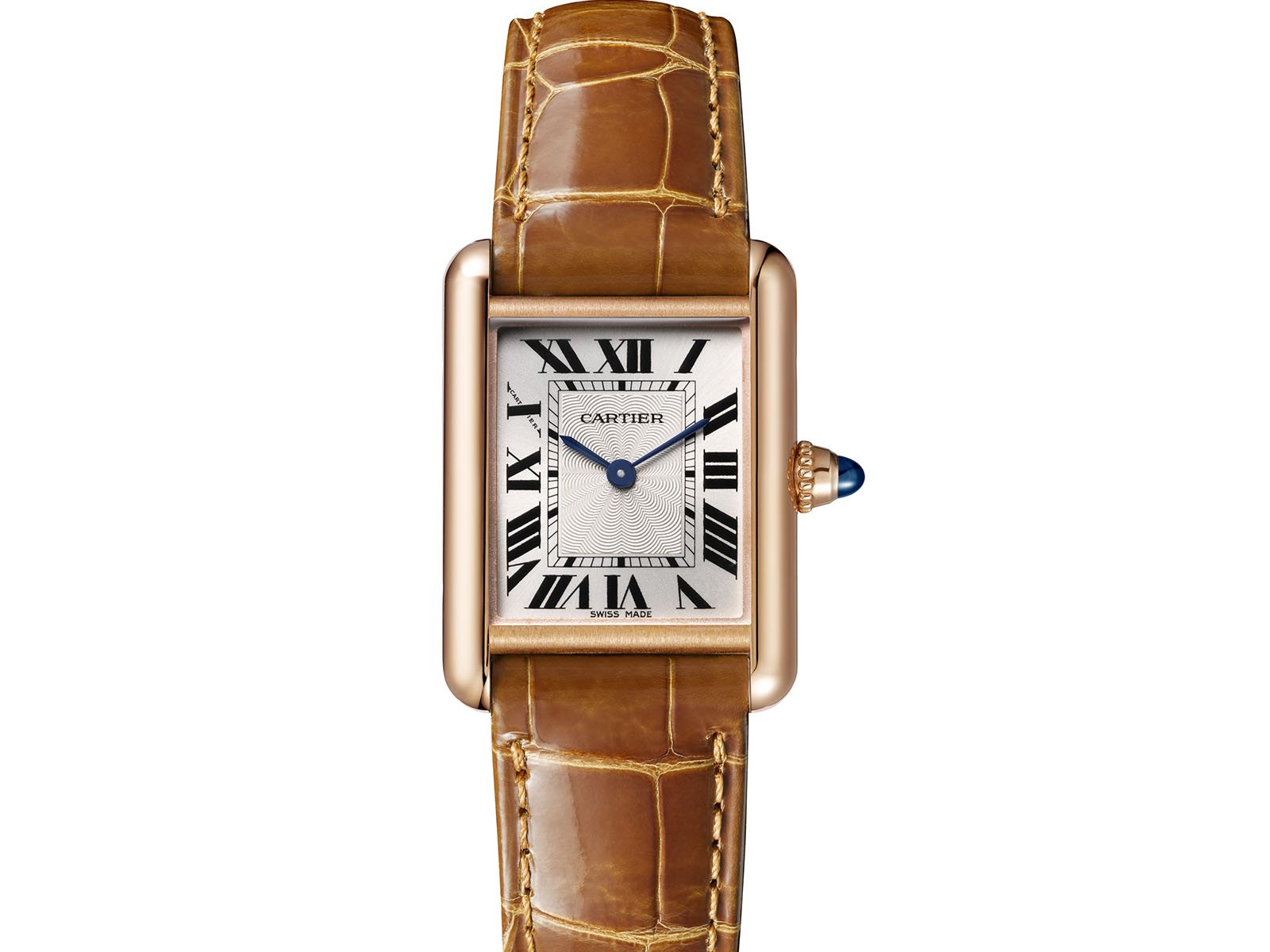 The next pair is offered in two different options as 18K white or pink gold with the large (33.7mm x 25.5mm x 6.6mm) size case. There are two rows of brilliant cut diamonds on the case and a single diamond on the winding crown. The new models come with alligator straps (pink and burgundy) that are secured with Cartier style folding clasp made of 18K white or pink gold depending on the case material and they are equipped with scratch resistant sapphire crystals on the front side. Considering the majority of gem set timepieces, both two models look pretty modest in design and quite versatile for daily use. 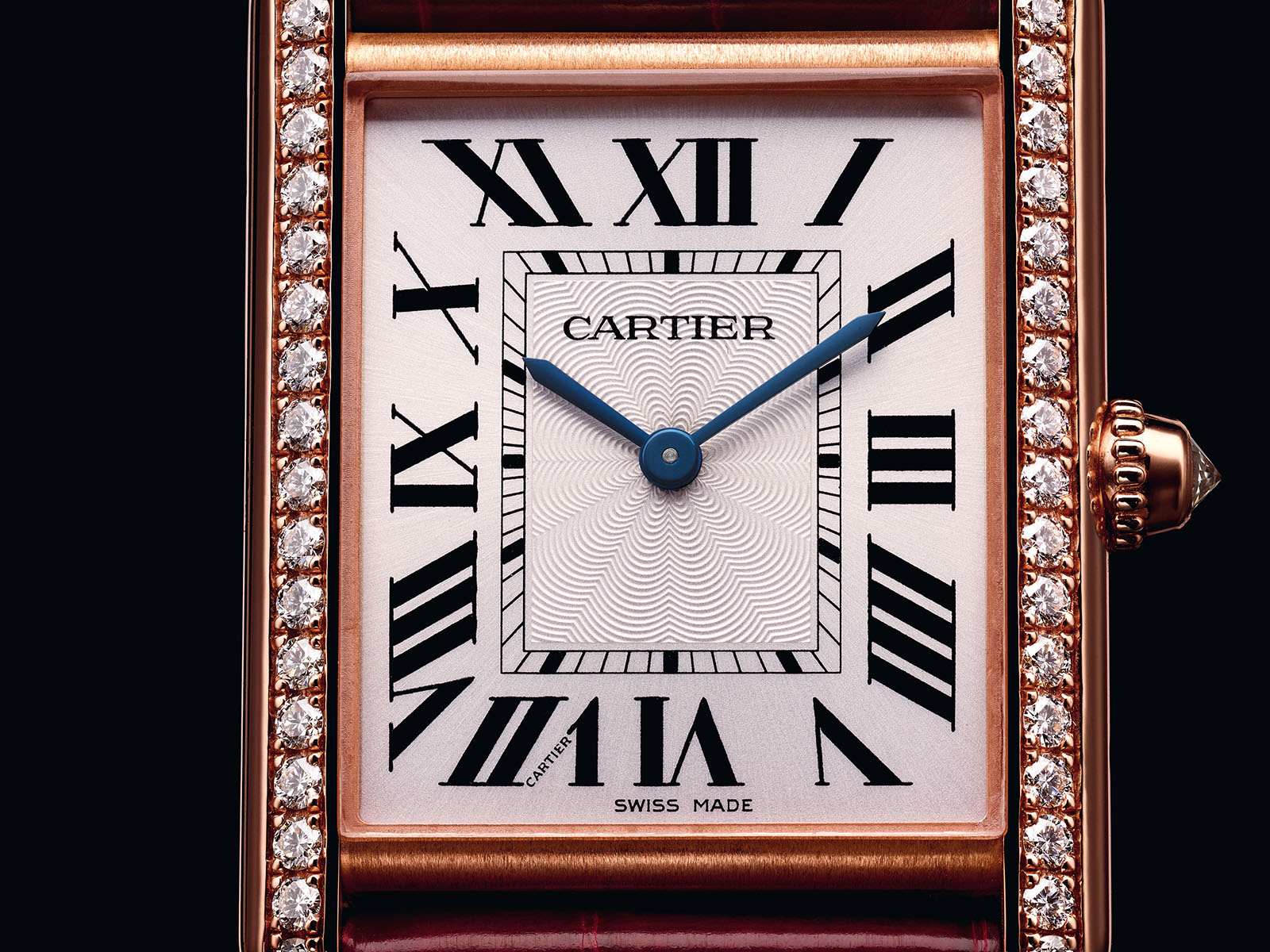 The last pair shares most of its specs with the models above but with the small (29.5mm x 22mm x 6.8mm) size case style. Offered in two case options as 18K white and pink gold, both models are powered by the hand-wound Caliber Ref. 8971 MC and offered on pink and burgundy alligator straps. 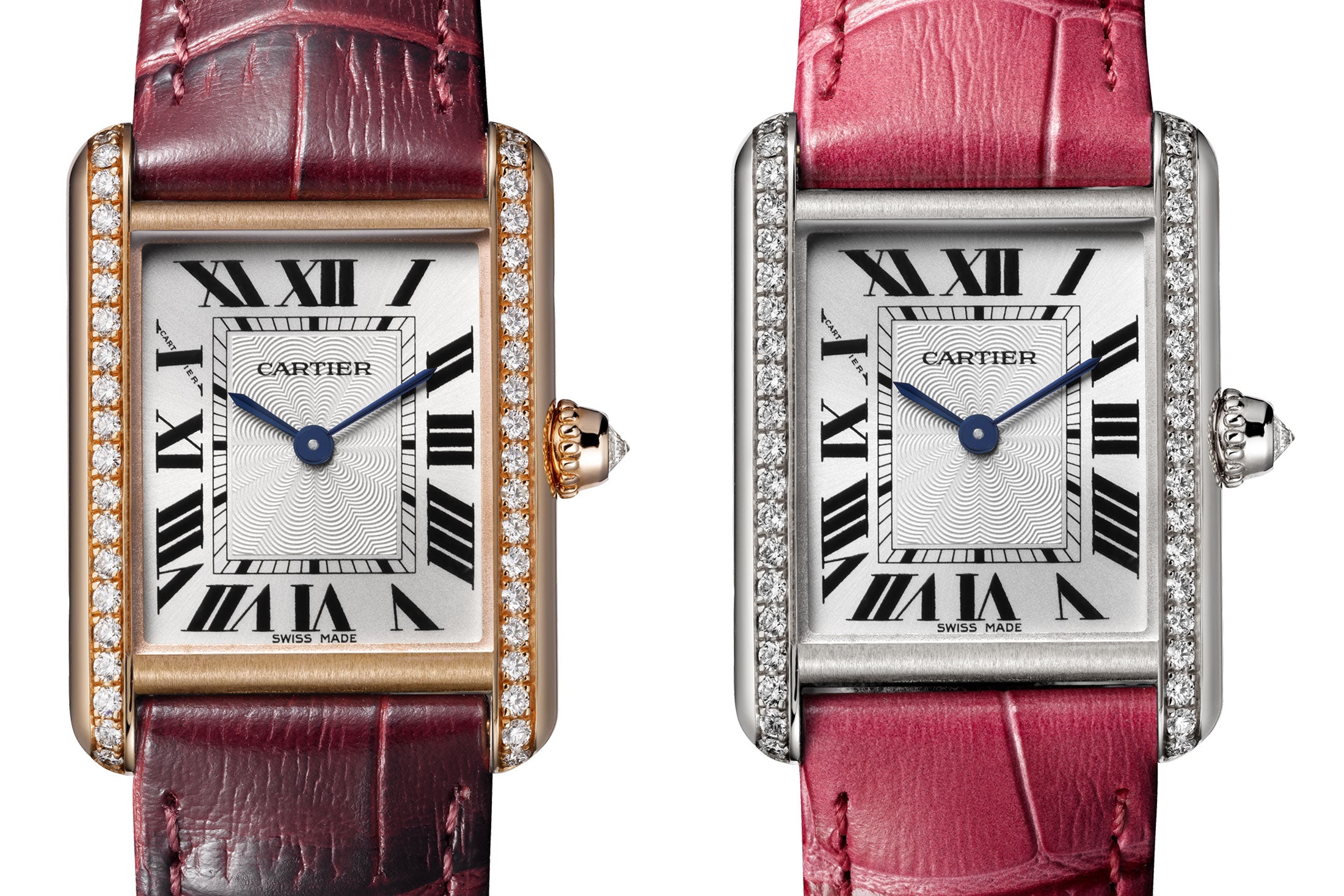 Having played a major role in Cartier’s current position especially in the luxury watch segment, the Tank model family seems ready to challenge a new century with brand new models introduced to celebrate the 100th anniversary of the collection.