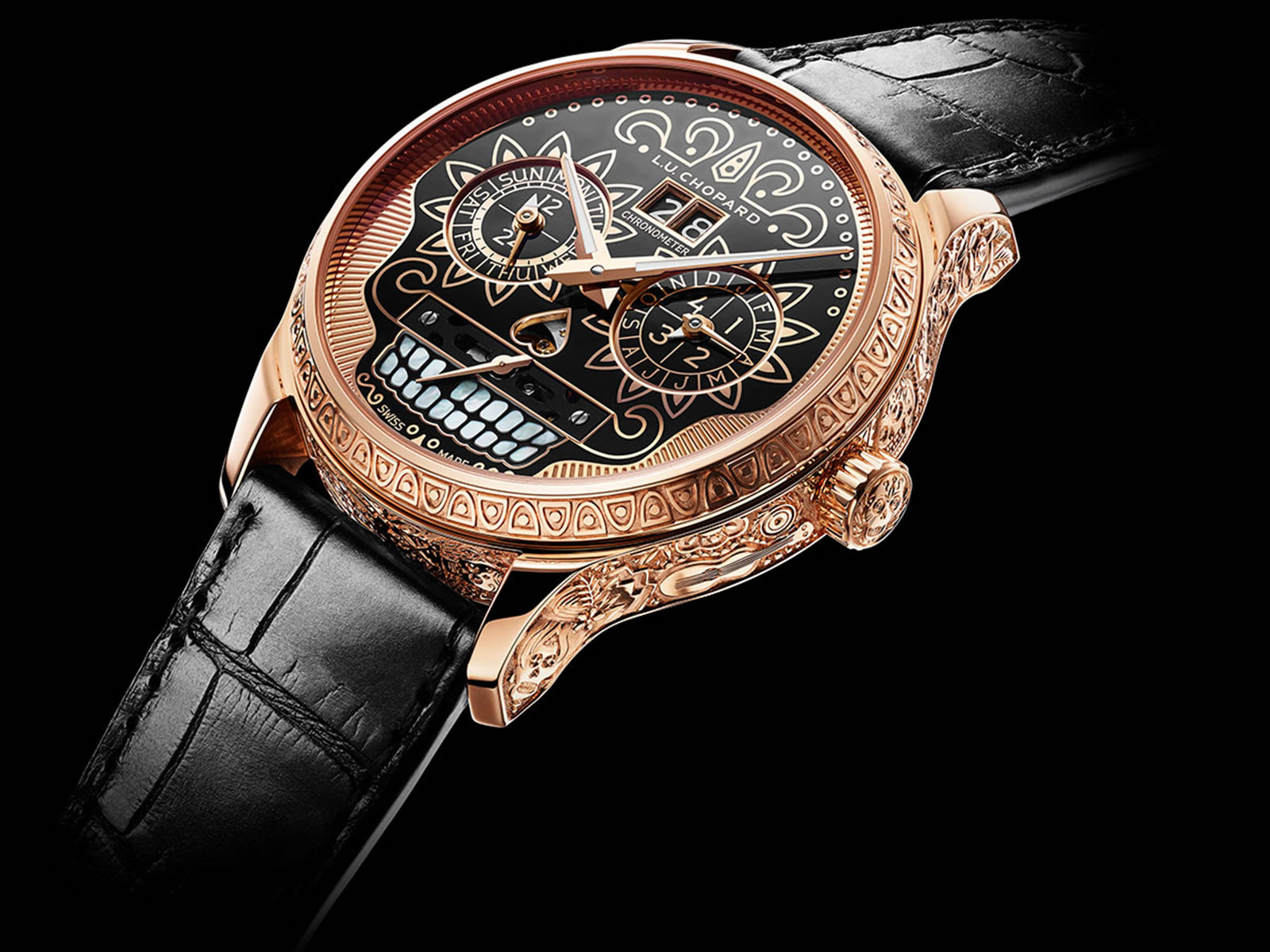 Latin America, which is on the way to become an important market for luxury watchmaking, is preparing to host the 12th SIAR (Salon Internacional Alta Relojeria) this year in Mexico City. Chopard took its place among the brands that will introduce special models designed exclusively for the occasion with its recently announced Chopard L.U.C Perpetual T model, which attracts attention with its details tribute to Latin American culture. 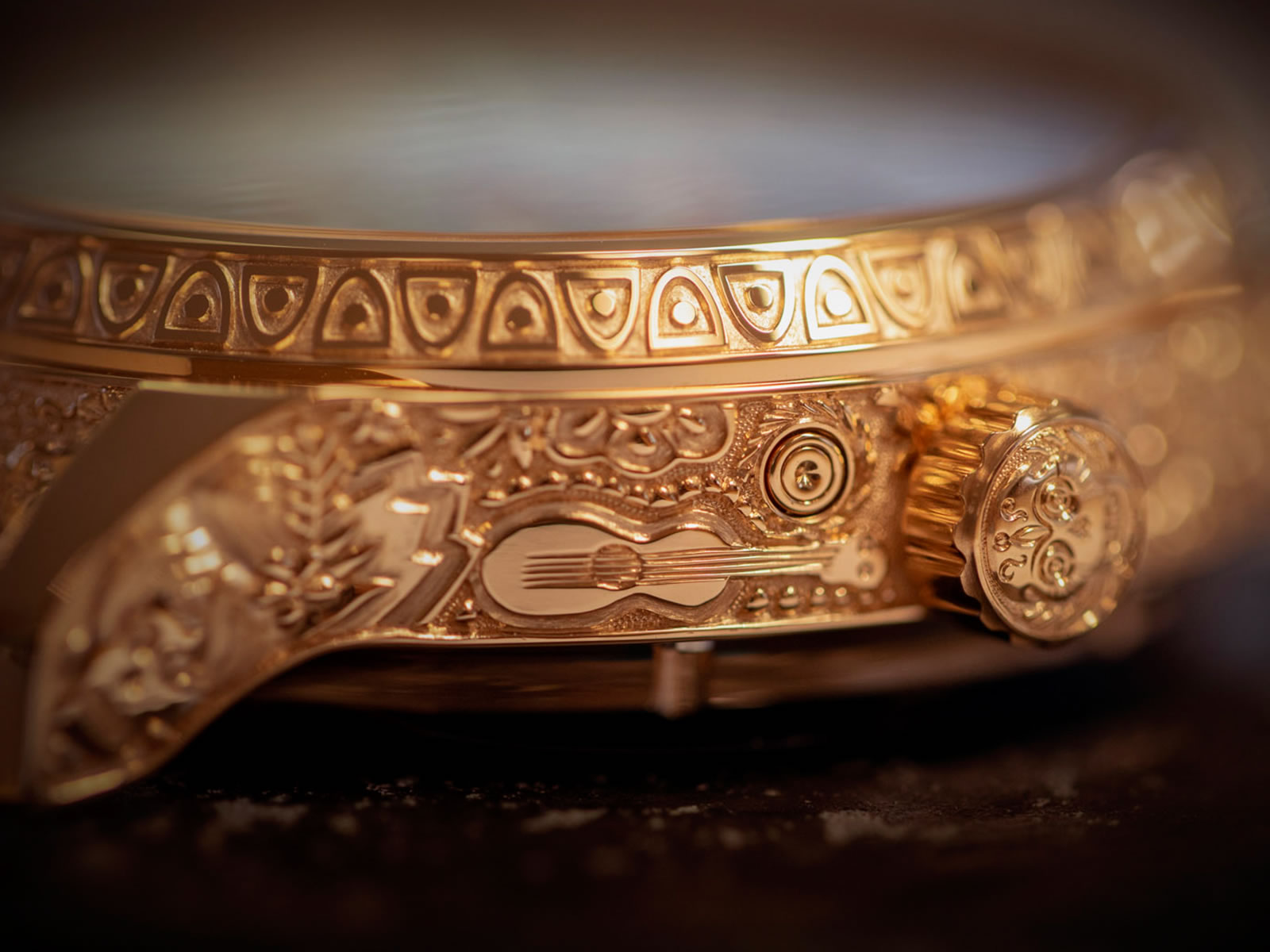 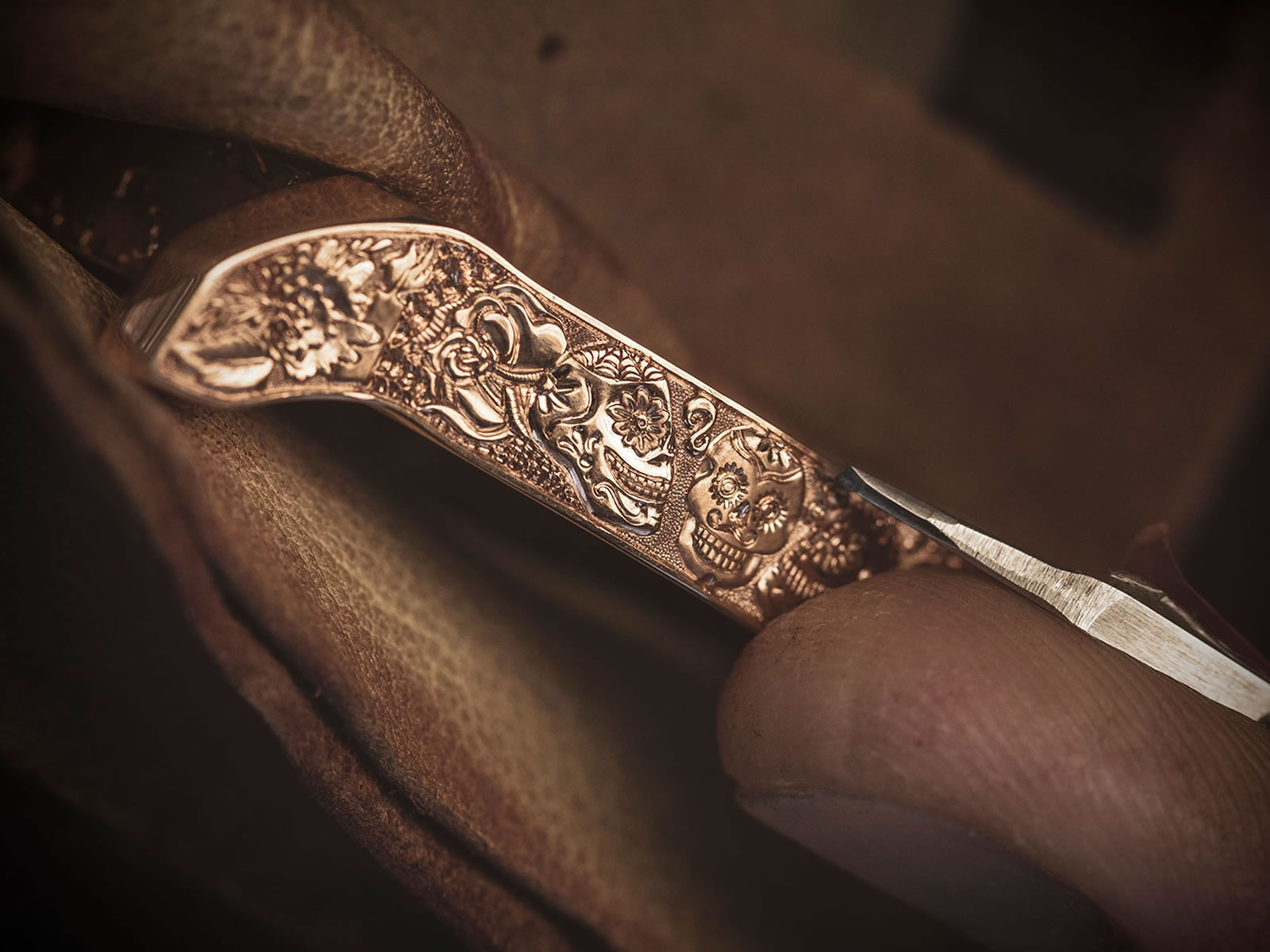 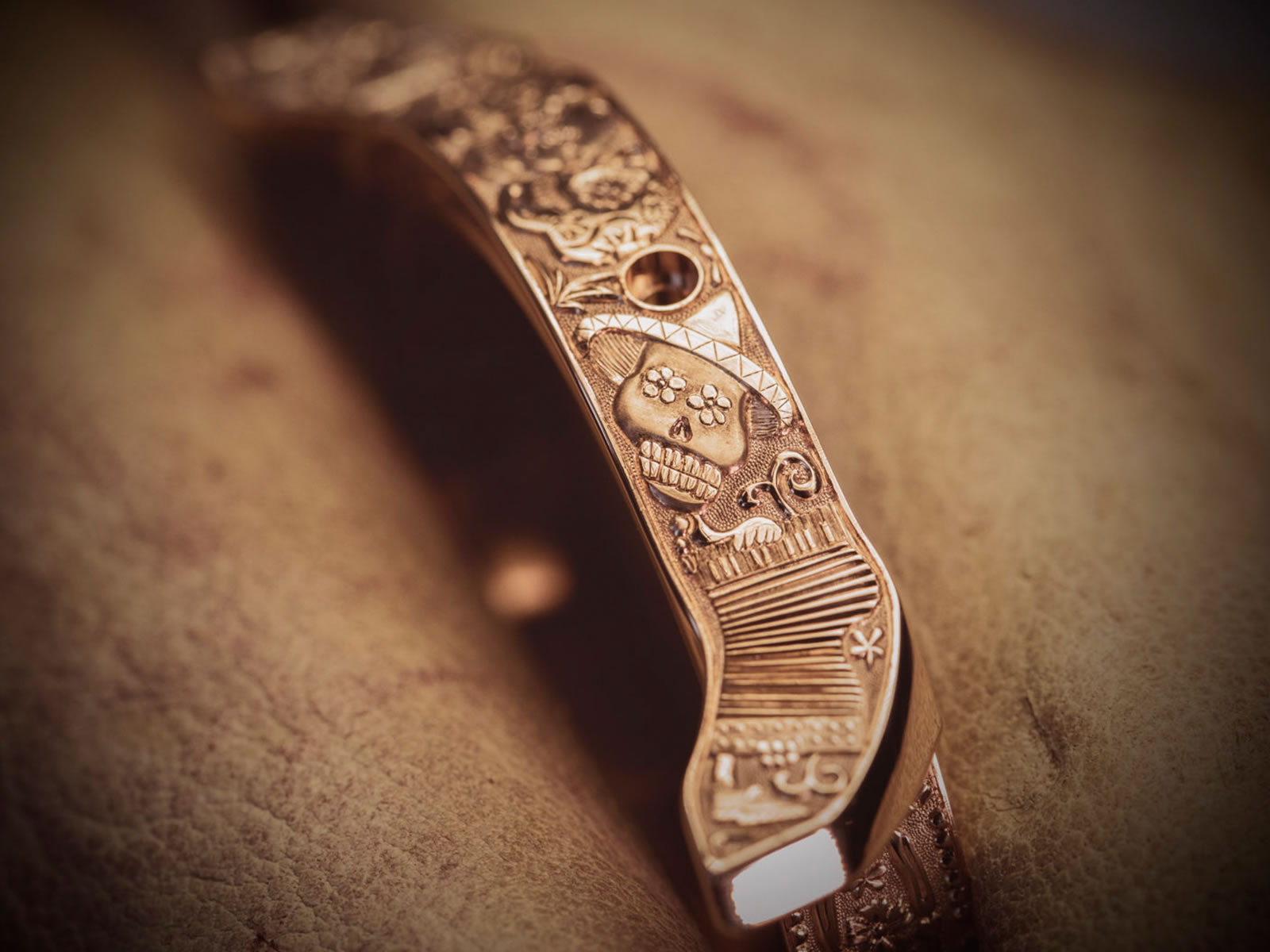 The unique model comes in an 18K pink gold case measuring 43mm in diameter. Equipped with anti-glare coated sapphire crystals on both sides, the case is fully (including the winding crown as well) decorated with hand-applied patterns that tribute to the Day of the Dead events, which has an important place in Latin American culture. There is a recessed pusher located at the left side of the case in addition to the winding crown. 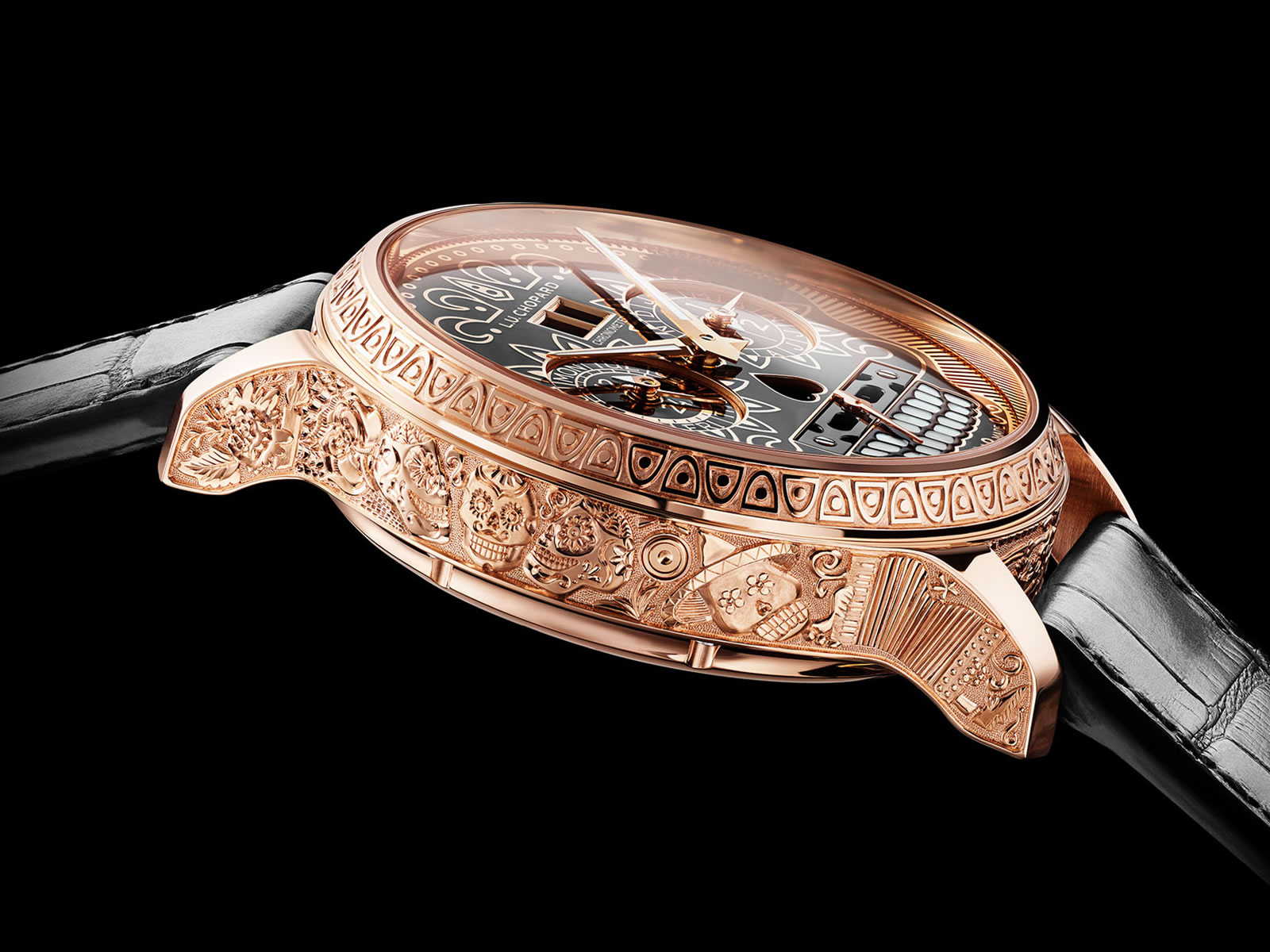 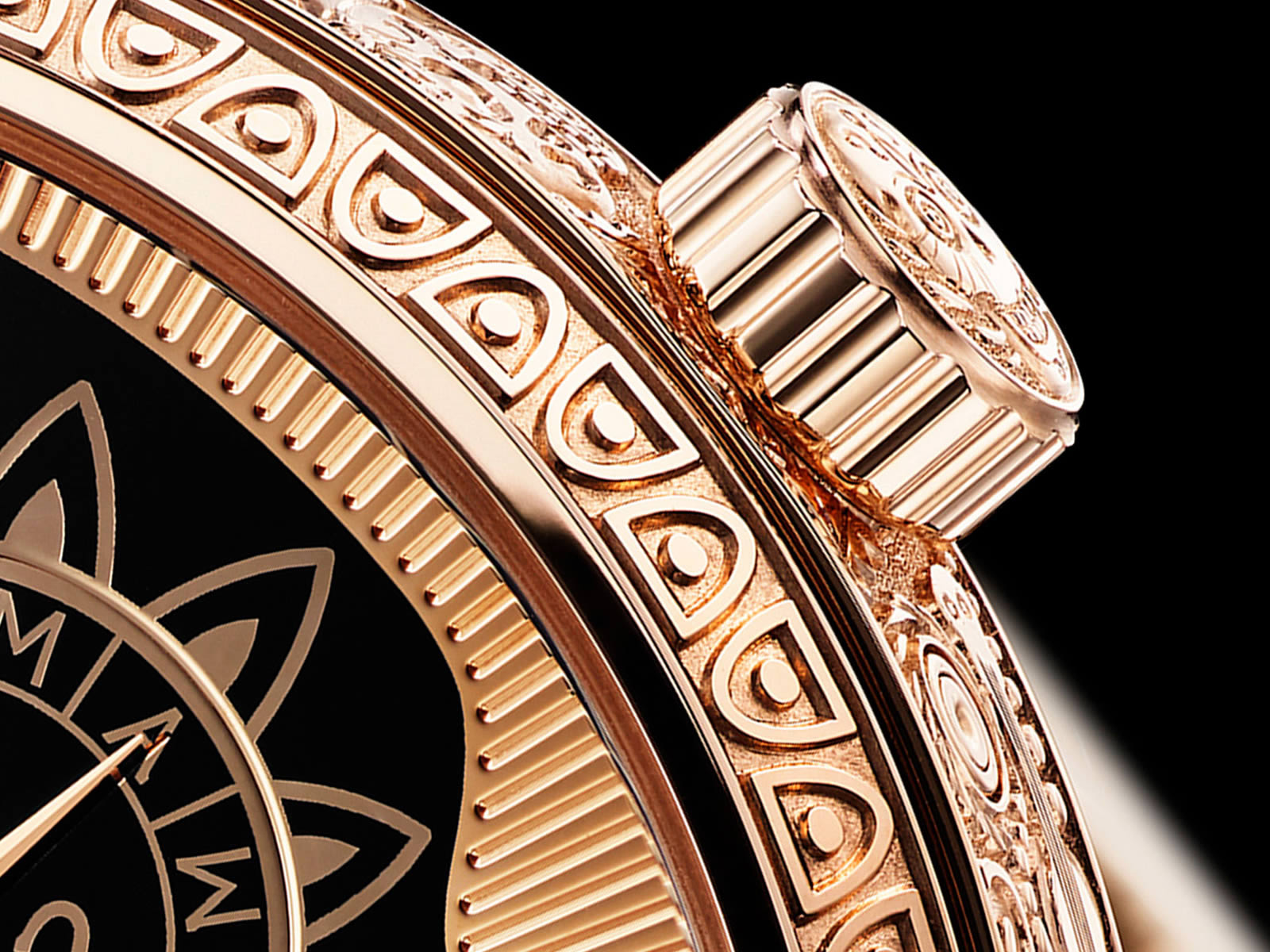 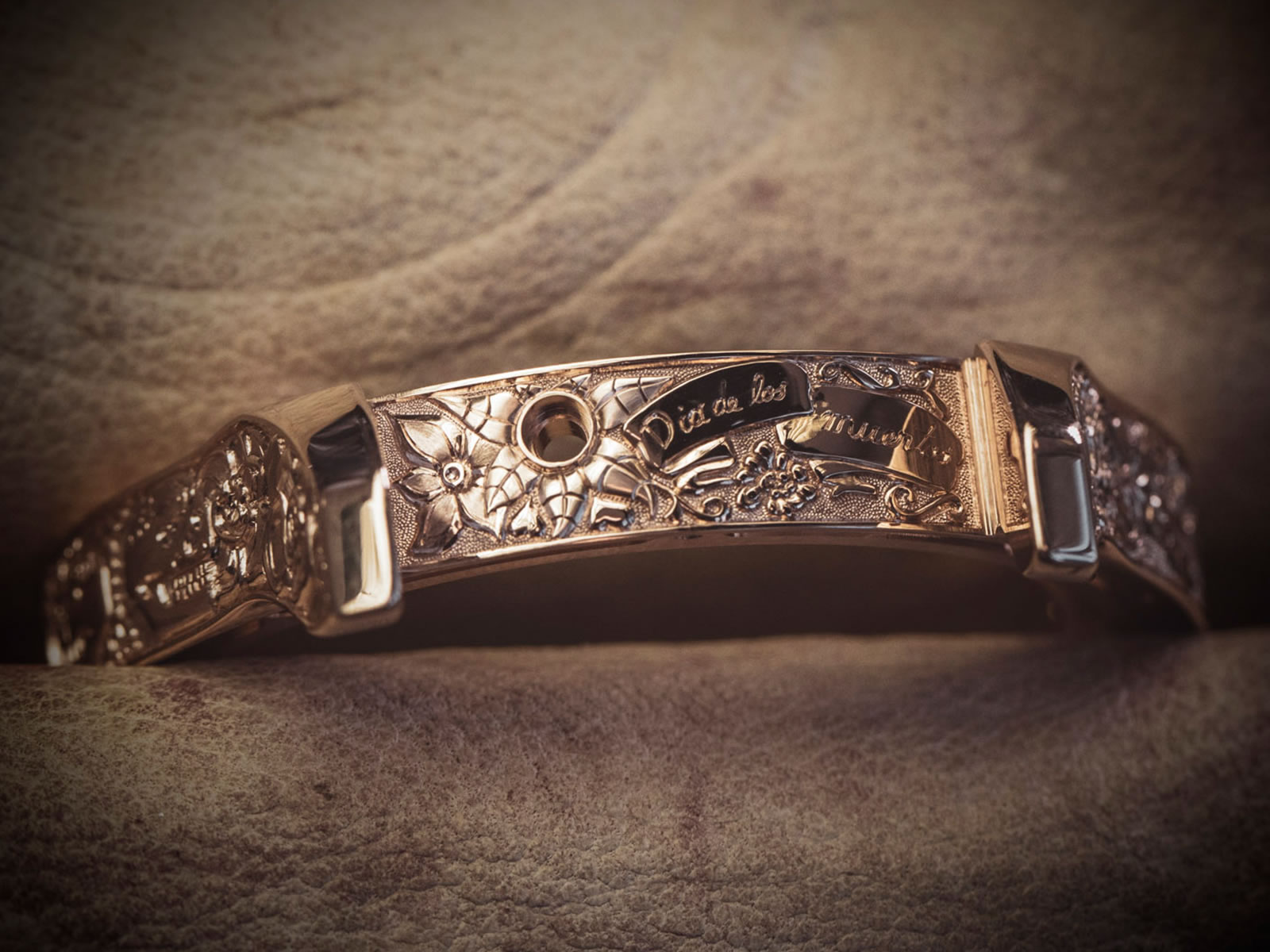 The model features a solid 18K gold dial. The gold disc is spectacularly decorated with patterns applied by hand painted black lacquer. Accompanied with gold hands and indices, the dial hosts a skull figure in the center. The eyes of the skull are the sub-dials related to the Perpetual Calendar feature. The Tourbillon escapement is located at 6 o’clock but oddly covered with a perforated part making this watch quite possibly the only timepiece that covers its Tourbillon feature instead of displaying it. 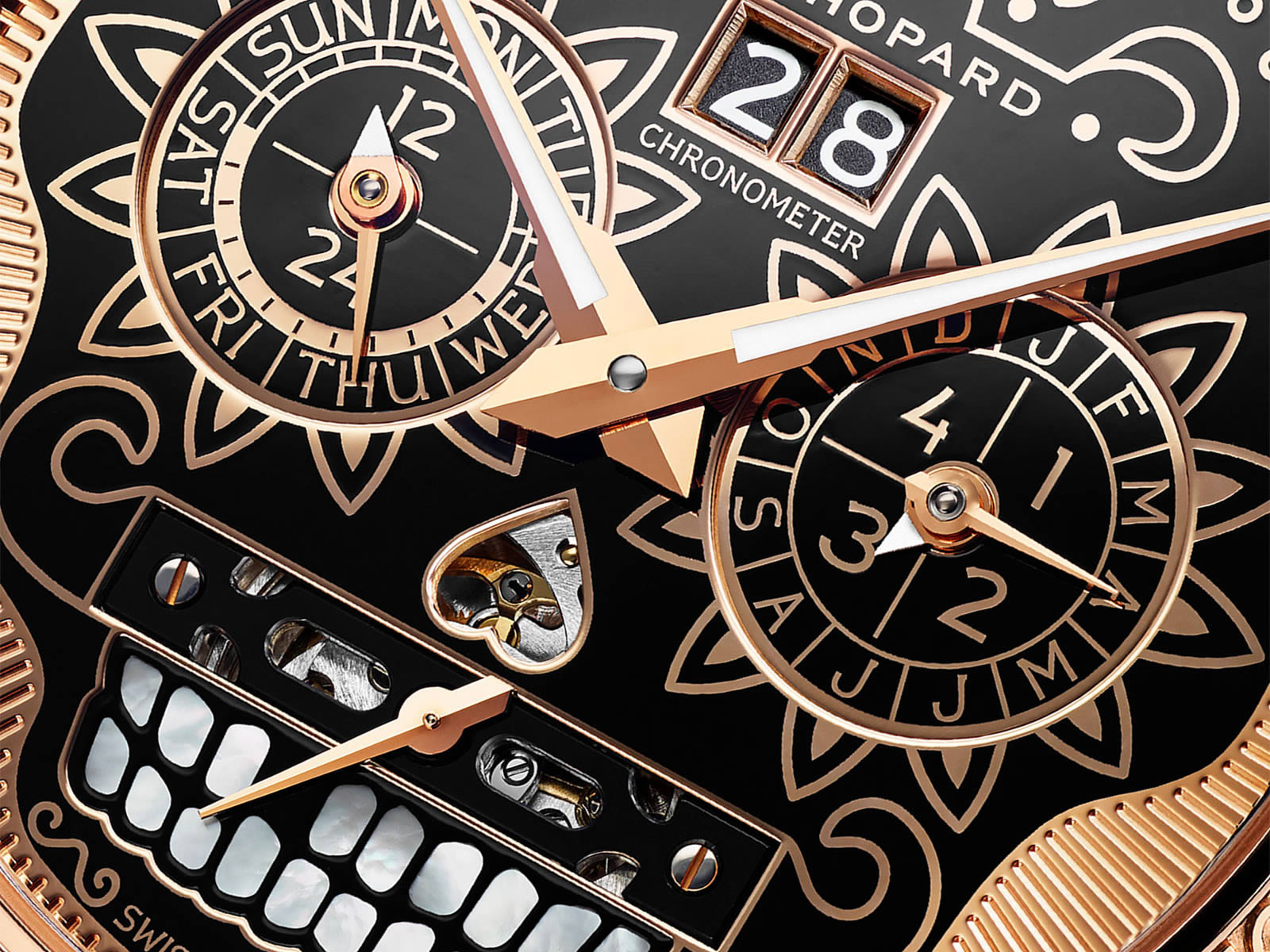 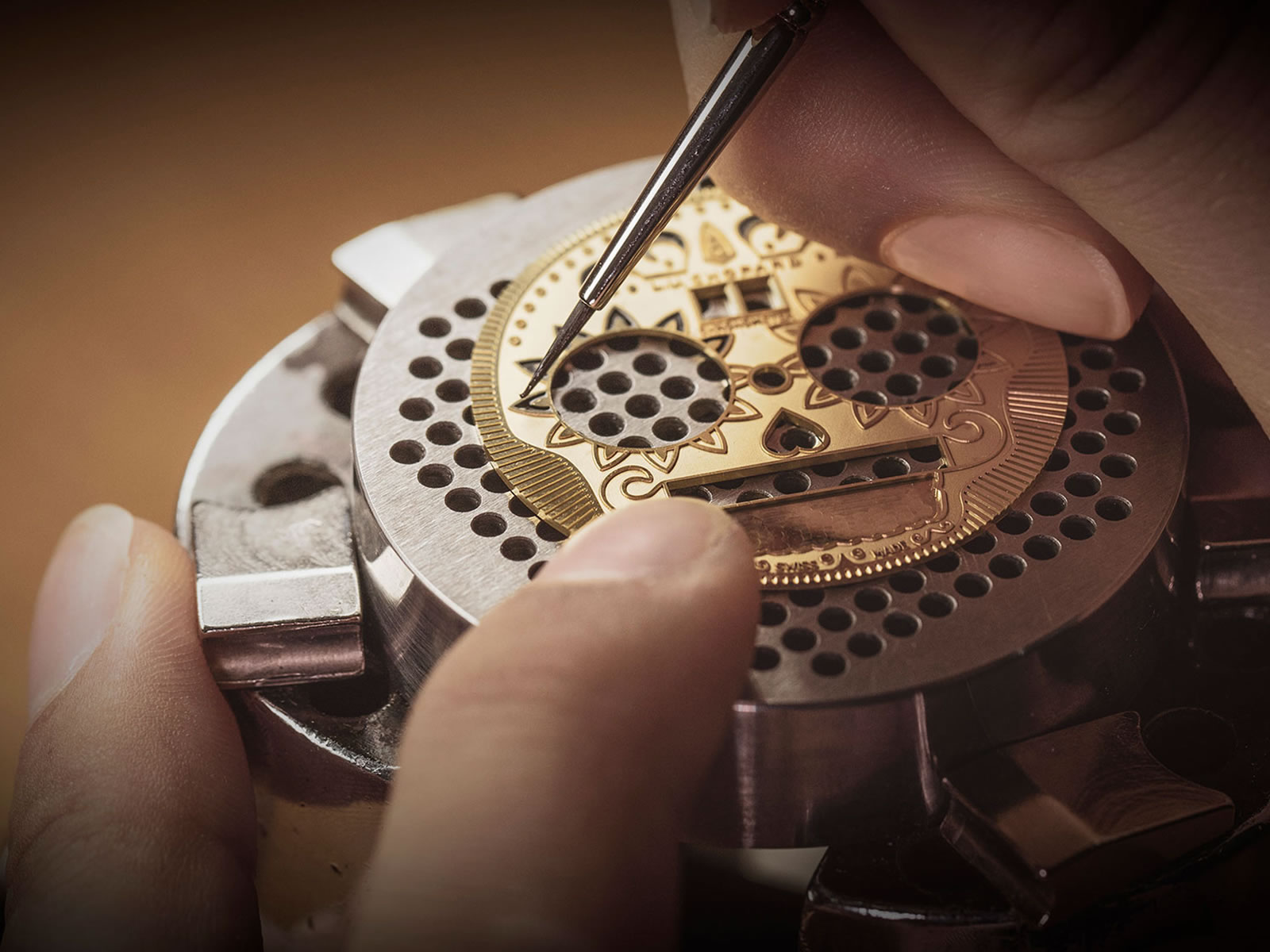 Chopard L.U.C Perpetual T Spirit of la Santa Muerte is powered by the manufacture Caliber L.U.C 02.15-L. The movement, which can provide a solid 9 days power reserve thanks to its four barrels, is visible through the sapphire crystal display case back and approved by both Poinçon de Genève and COSC certifications. 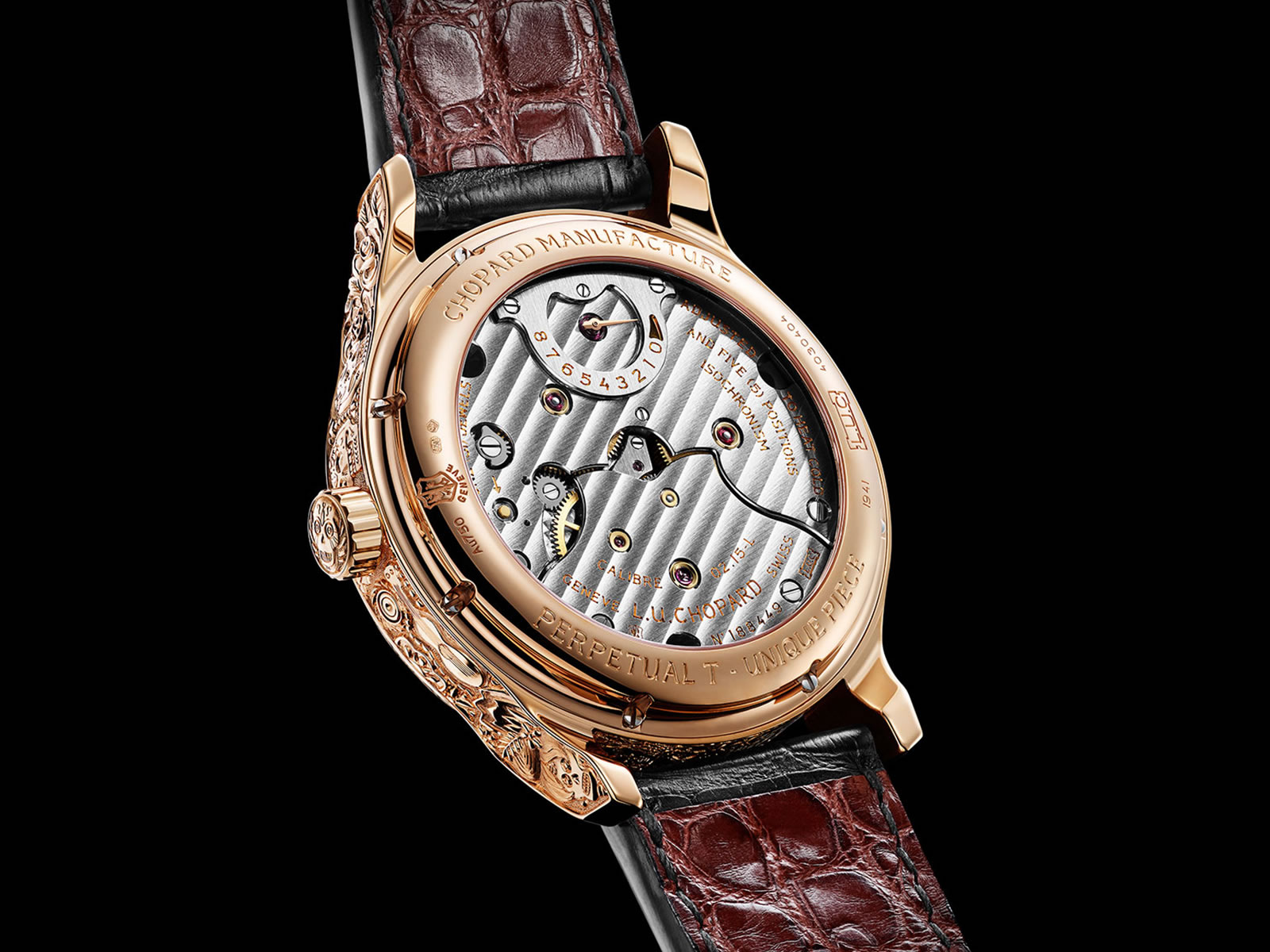 The model is offered on a black alligator strap and an 18K pink gold buckle. The unique model will be officially released at this year’s SIAR (Salon Internacional Alta Relojeria), with a price tag of 244,500 CHF.