At the 2016 edition of the 24 Hours of Le Mans, Chopard -Official Timing Partner for Porsche Motorsport since its major comeback to the World Endurance Championship in 2014- is presenting the Superfast Chrono Porsche 919 Black Edition.

This chronograph is inspired by the new Porsche 919 Hybrid from the German team which, after a triumphant 2015 season, is already eyeing an 18th world championship title in 2016. 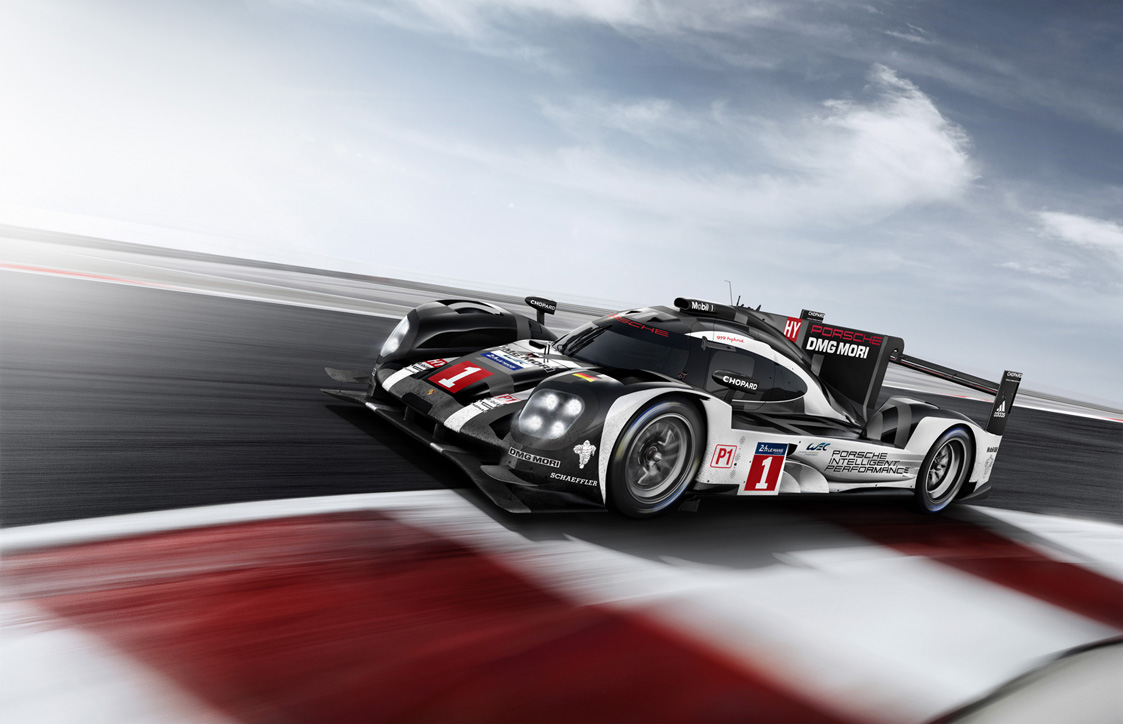 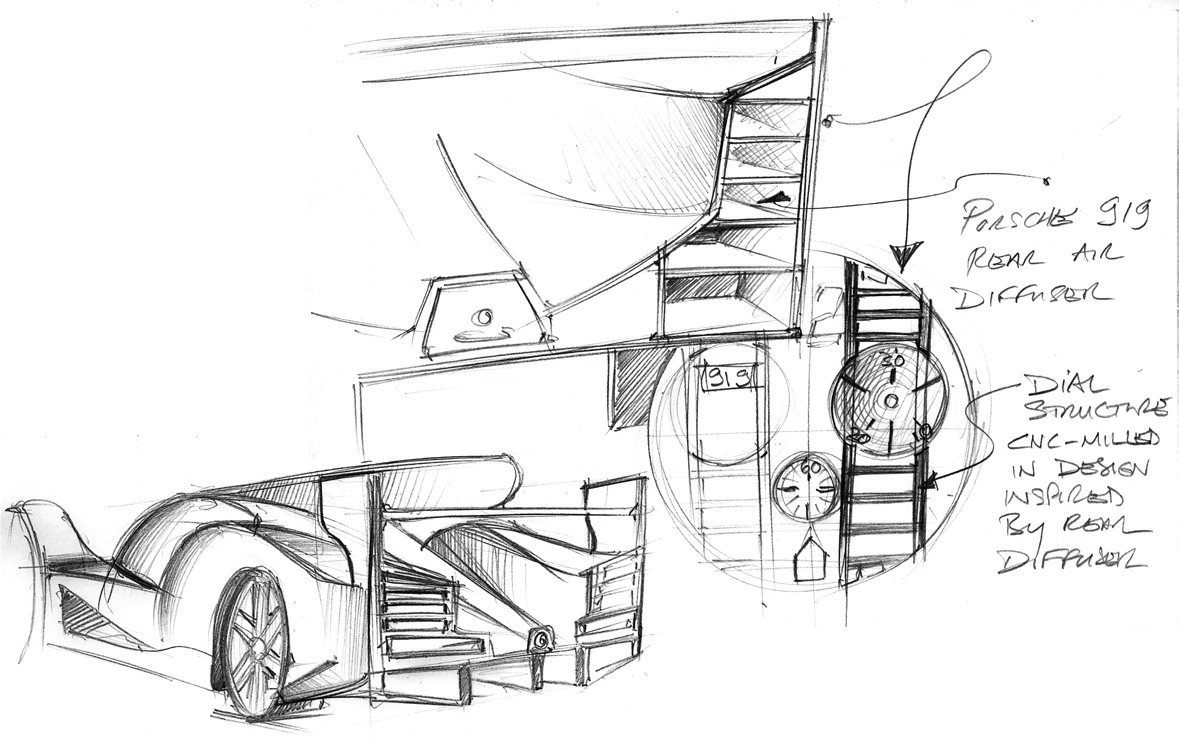 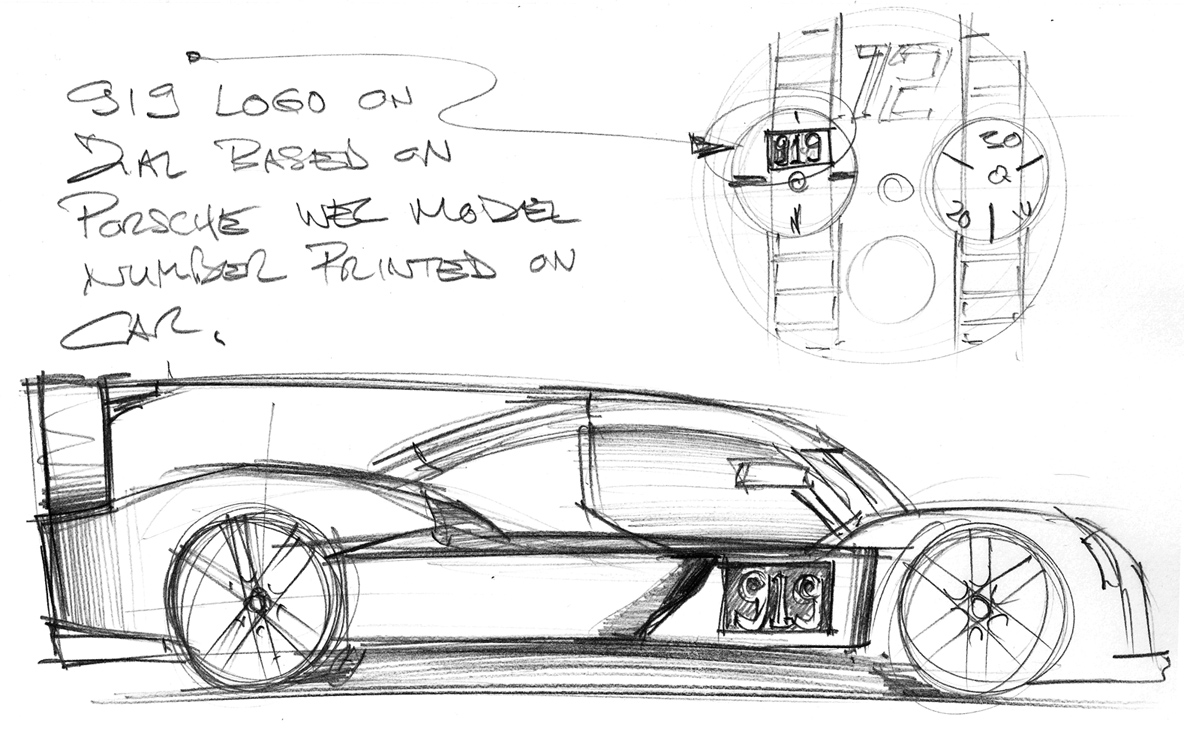 On the road to victory
United by the shared values of a passion for cars and a quest for performance, Chopard has been accompanying Porsche Motorsport in the World Endurance Championship since its return to the competition in 2014. As Official Timing Partner to this legendary racing team, the Geneva-based watch manufacturer proudly celebrated a 2015 season that saw Porsche win the "Manufacturers’ World Championship" title as well as an historical two top spots in the 24 Hours of Le Mans. For this 84th edition of the most eagerly anticipated endurance race, Chopard presents the Superfast Chrono Porsche 919 Black Edition, a 100-piece limited series that will doubtless make a lasting impression on the most dedicated enthusiasts of this fine piece of mechanical engineering. 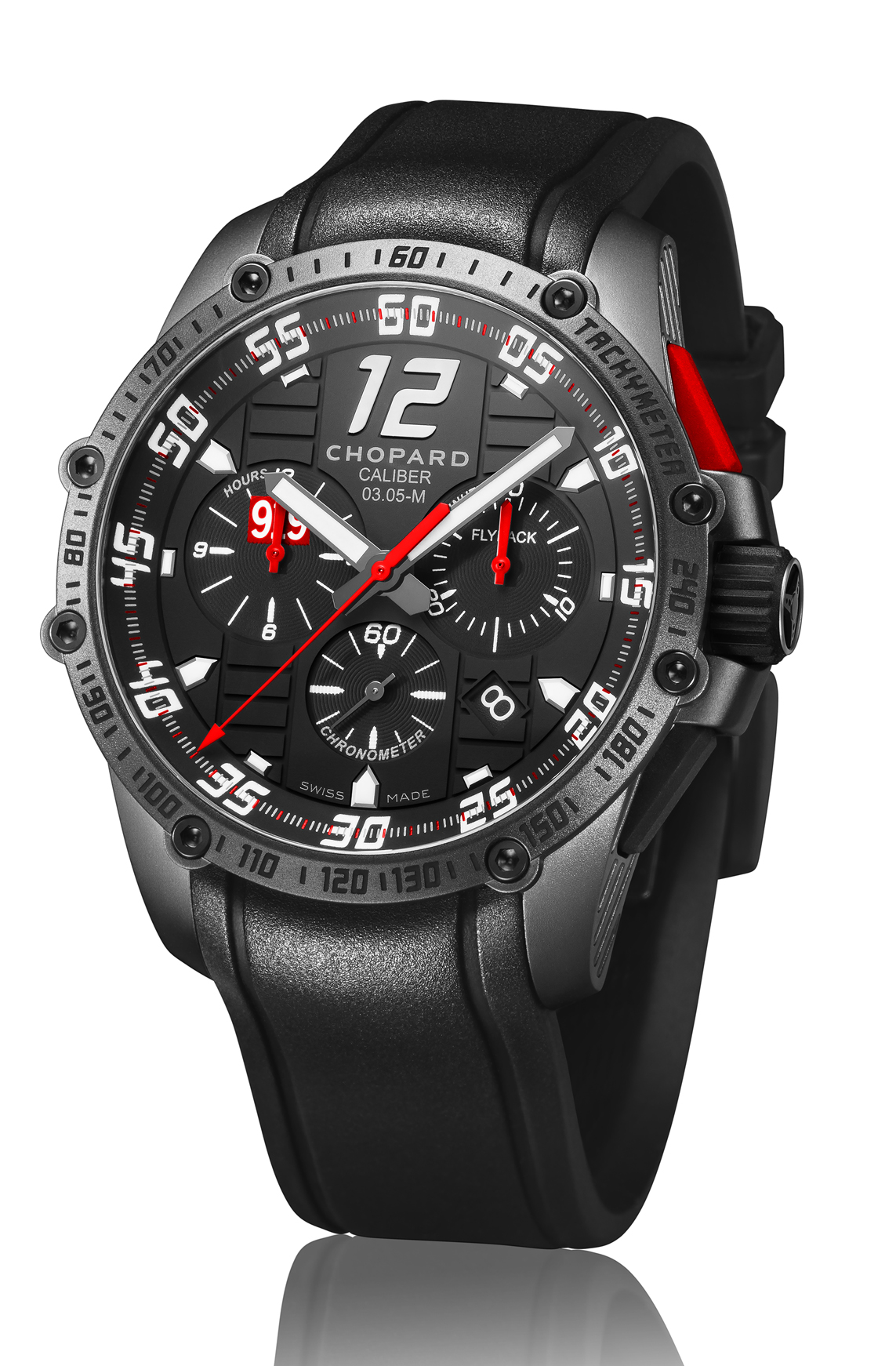 Chopard Superfast Chrono Porsche 919 Black Edition  is offered in a 45mm X 15mm measuring case made of bead-blasted DLC-blackened titanium. The case sports double AR-coated sapphire crystals on both sides and it is water resistant to 100 meters.

The screw lock winding crown is matte black rubber-coated with steering wheel emblem. The chronograph pushers are made of stainless steel with red rubber (at 2 o’clock) and black rubber (at 4 o’clock) accents. 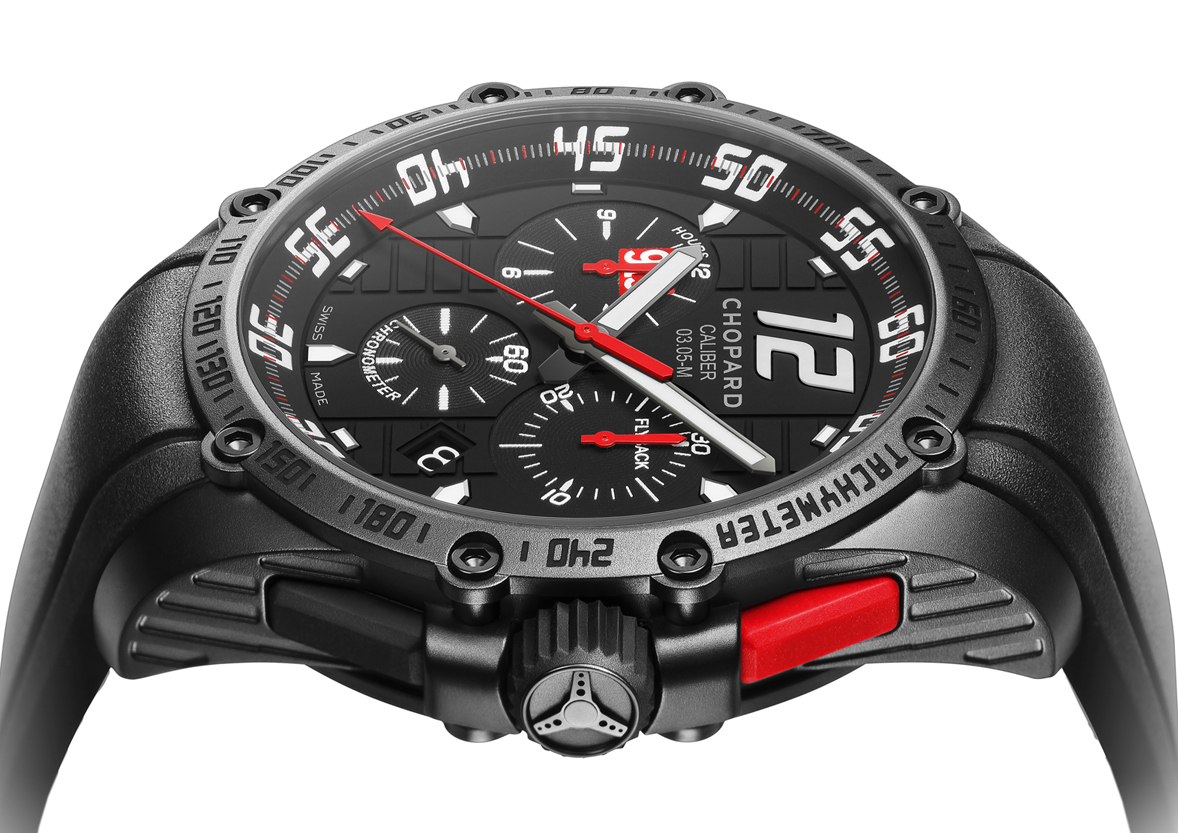 The dial is finished in matte black l with red and white transfers on the inner bezel ring. The "919" logo is present in the hours counter at 9 o’clock. The hands set and the hour markers are designed in metallic black with Superluminova coating for better night time visibility. The central second hand is arrow tipped. The chronograph counters hands are designed in red for minutes and hours and metallic black for seconds. 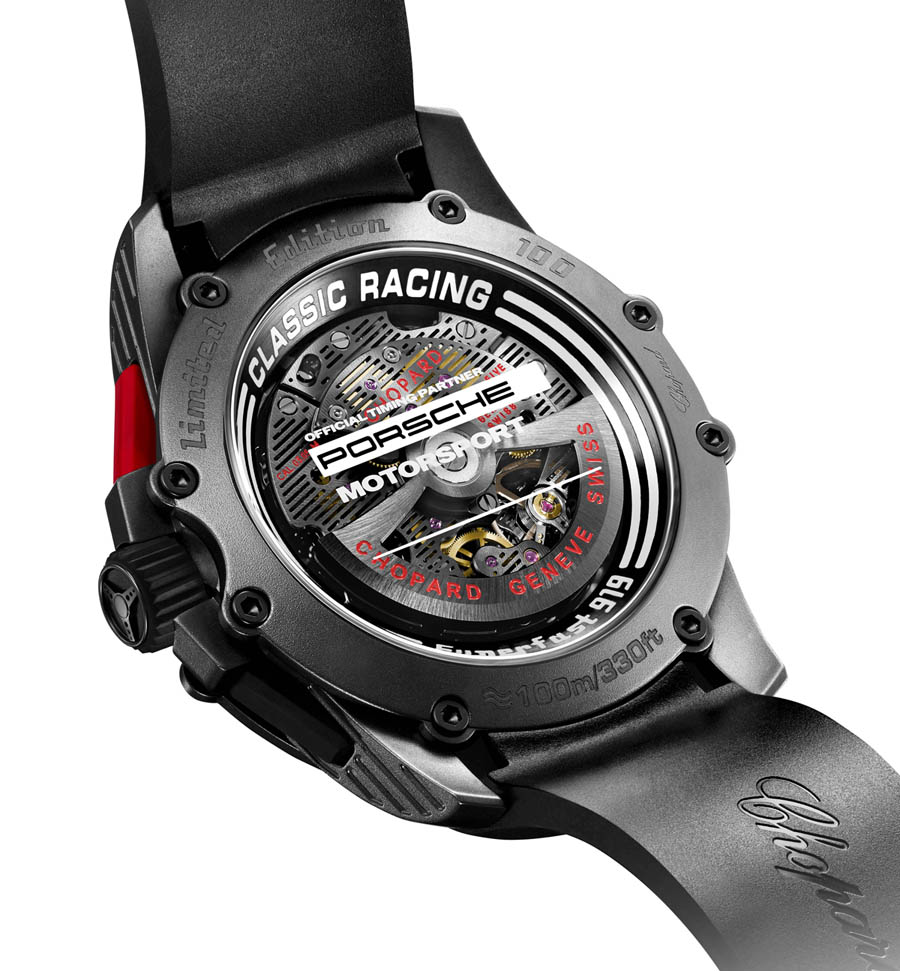 The watch is powered by the Swiss automatic Chopard in-house caliber 03.05-M. 45 jeweled movement beats at 28,800 vph and offers a power reserve of 60 hours when fully wound. It is COSC-certified as a chronometer and features a FlyBack complication.


The timepiece is a Limited Edition of 100 Pieces and sold only in Chopard Boutiques.