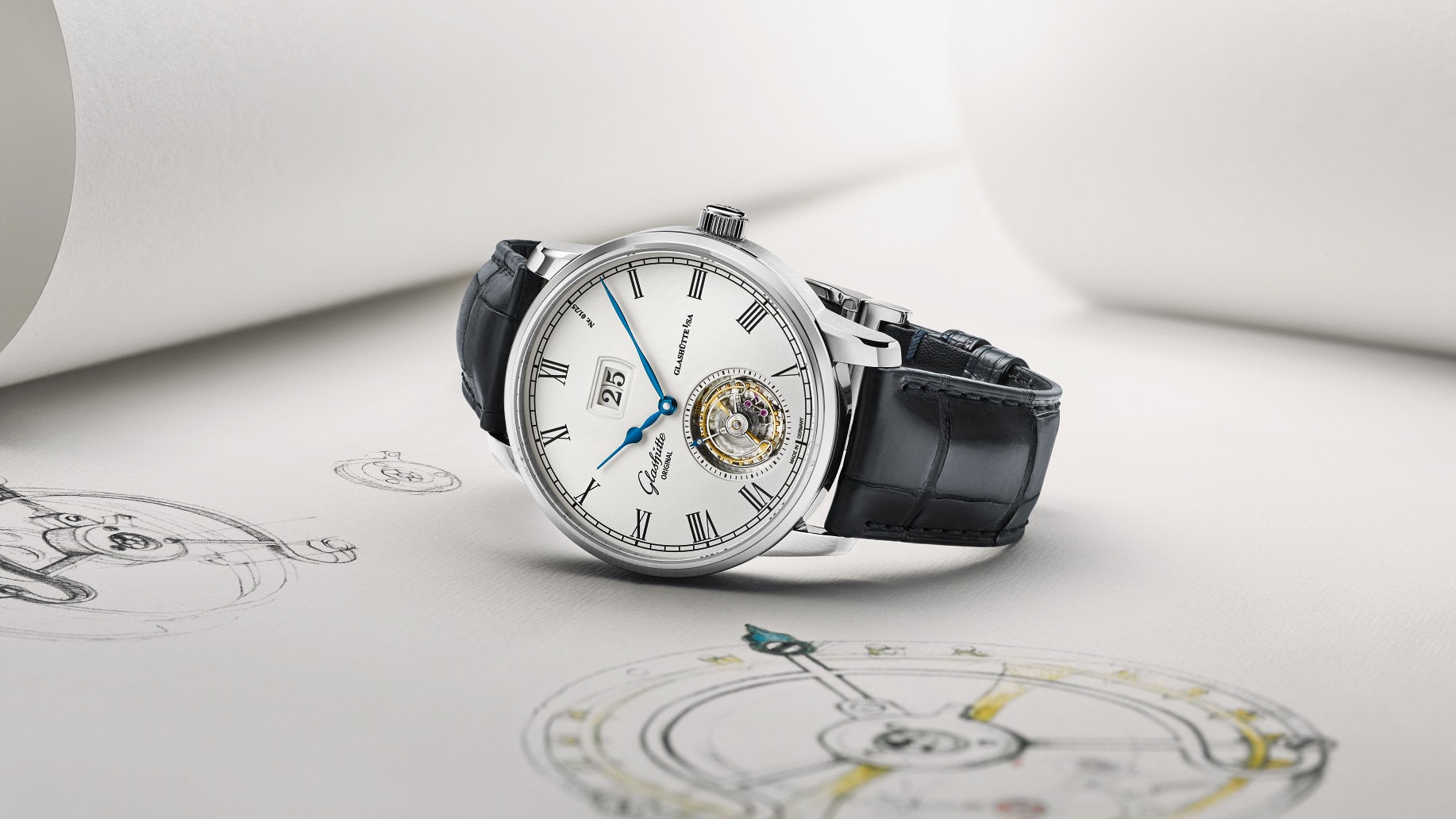 Born in the Niederlausitz region and graduated from the German Watchmaking School Glashütte in 1905, Alfred Helwig is known as the inventor of the Flying Tourbillon, which is now recognized as one of the most important complications of traditional watchmaking. With the Flying Tourbillon movement that he had developed in 1920, he is considered one of the most important names in German watchmaking history with his teaching career, which he has continued for about forty years at the school where he graduated from. For the model designed to commemorate Helwig, the Senator Tourbillon model, which Glashütte Original introduced for the first time in 2013, is preferred.

The new model is offered in an 18K white gold case measuring 42mm in diameter and 13.70mm in height. Equipped with AR coated scratch resistant sapphire crystals on both sides, the case is water resistant to 50 meters. 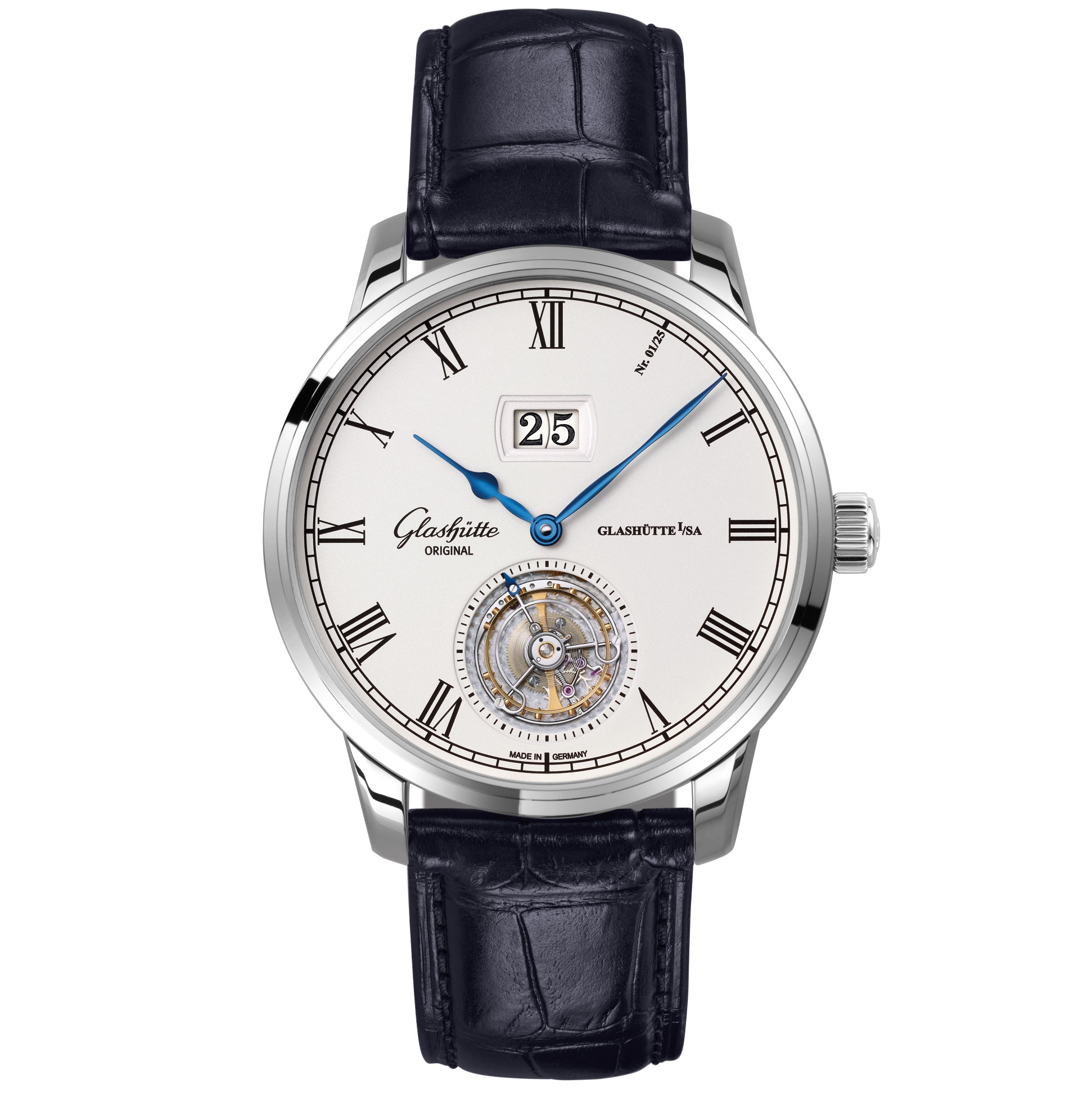 The model’s dial is designed in classic Glashütte Original style. Finished in grainy white color, the dial is accompanied with Roman numeral hour markers and blued Breguet style hands. The brand’s signature panorama date display is located at 12 o’clock while the perforated window for the Flying Tourbillon escapement takes its place at 6 o’clock. The Roman "index" at 1 o’clock reveals the individual numbering of the limited edition. 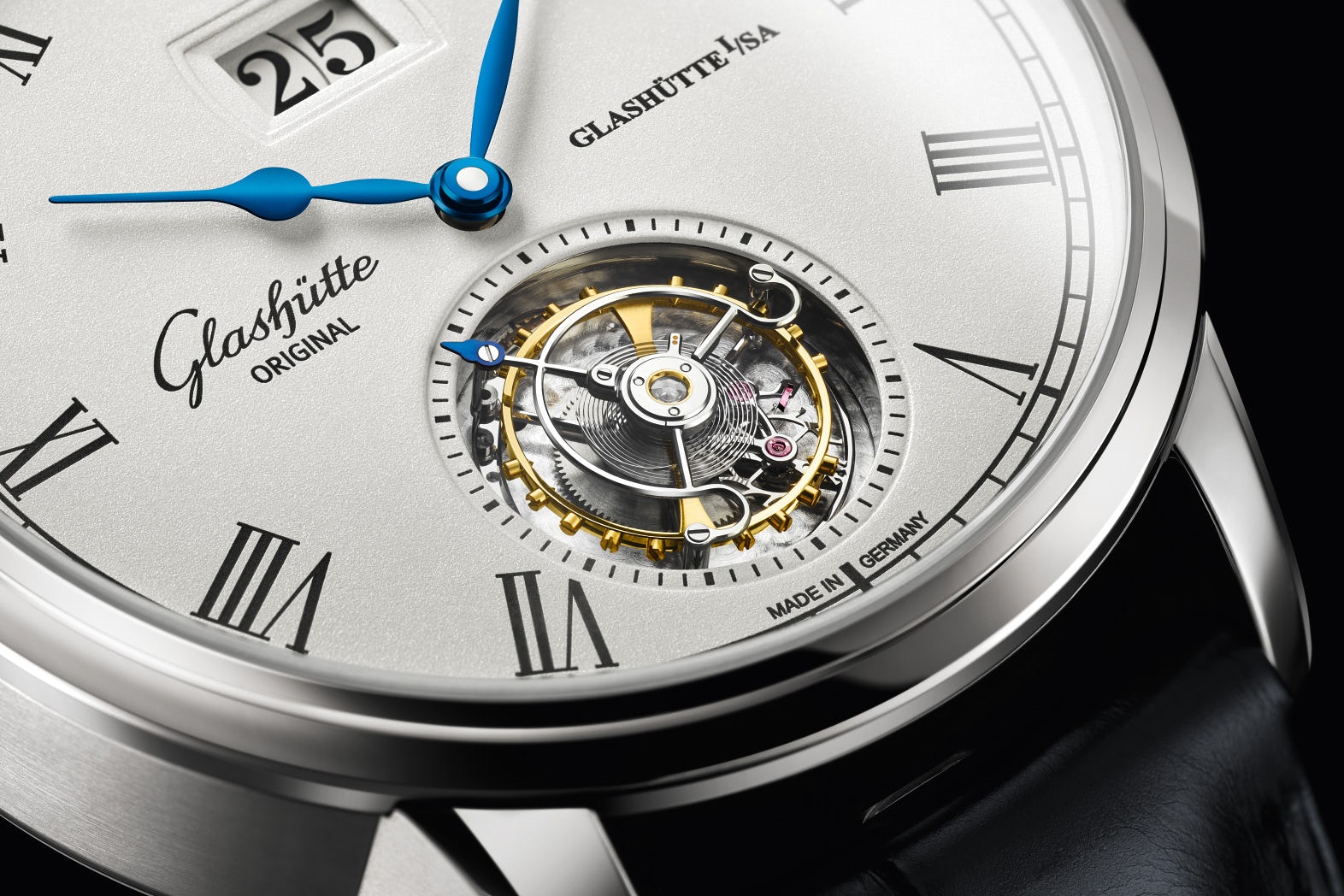 The new model is powered by the Caliber Ref. 94-03 which is also used in the standard version. 48 jewels self-winding movement attracts attention with its off-centered (but not really a micro-rotor) solid gold rotor and can be enjoyed through the sapphire crystal display caseback. The movement offers a 48 hour power reserve when fully wound. 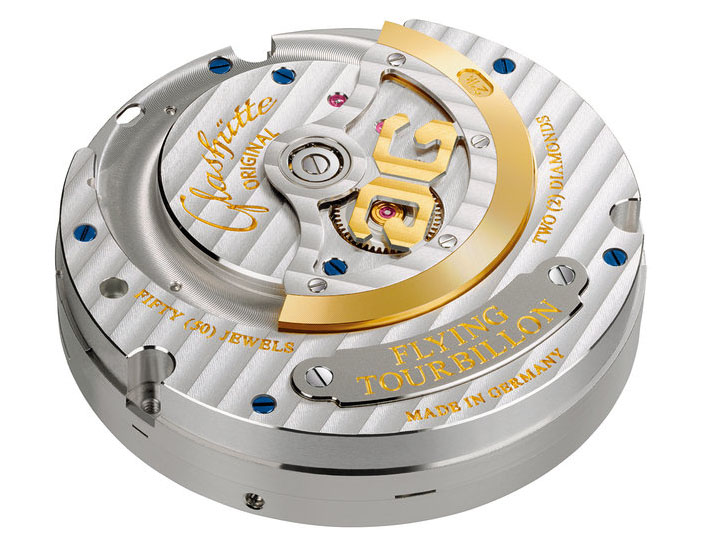 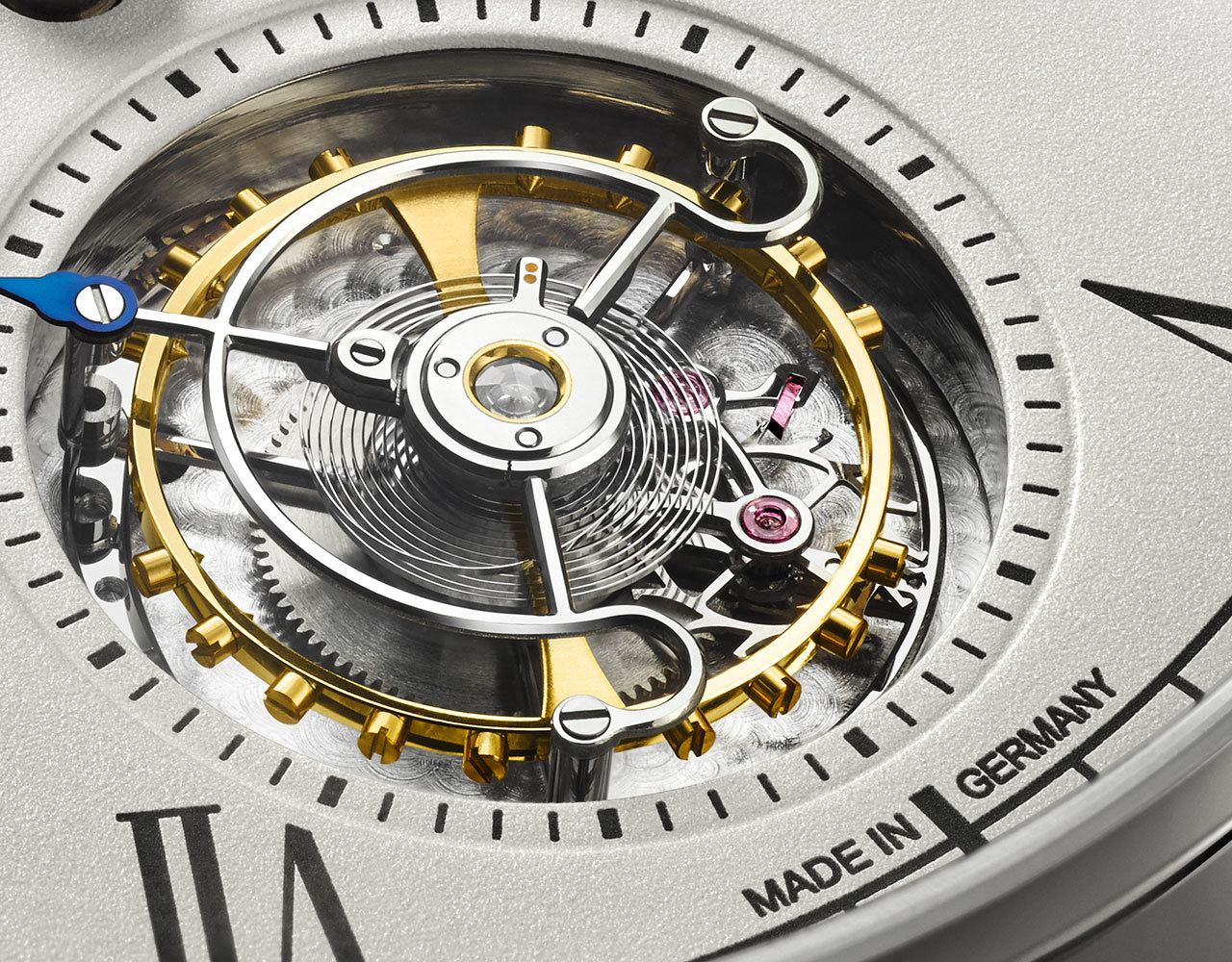