Omega Speedmaster Grey Side Of The Moon

Here we would like to analyze the model “Grey Side of the Moon” with its grey colored ceramic case by Speedmaster, one of the most successful series of Omega.

After the very positive echo by brand enthusiasts to the dark version presented a few years ago, Omega faces a strategic move and seems determined to continue its success.

As in previous versions the case diameter is 44.25mm, the thickness is a few more then 16mm. These values sound like heavy but certainly there is no reason to talk about discomfort, because the mostly thickness is collected instead on the middle frame, on the glass, on the bezel and on the back cover.

Due to the case out of ceramic it is quite light than the variations out of steel, only 91 gram. This is another factor making it more comfortable.

Due to the material thickness it’s very scratch-resistant but as well sensitive to break. Dropping it on a hard ground while putting it on the wrist, could surface undesirable results.

Though, such a dash for a watch without ceramic case could surface big damages to the mechanism too.

On the front and on the back side we used sapphire crystal, the water resistance value of the watch is 50 meter. 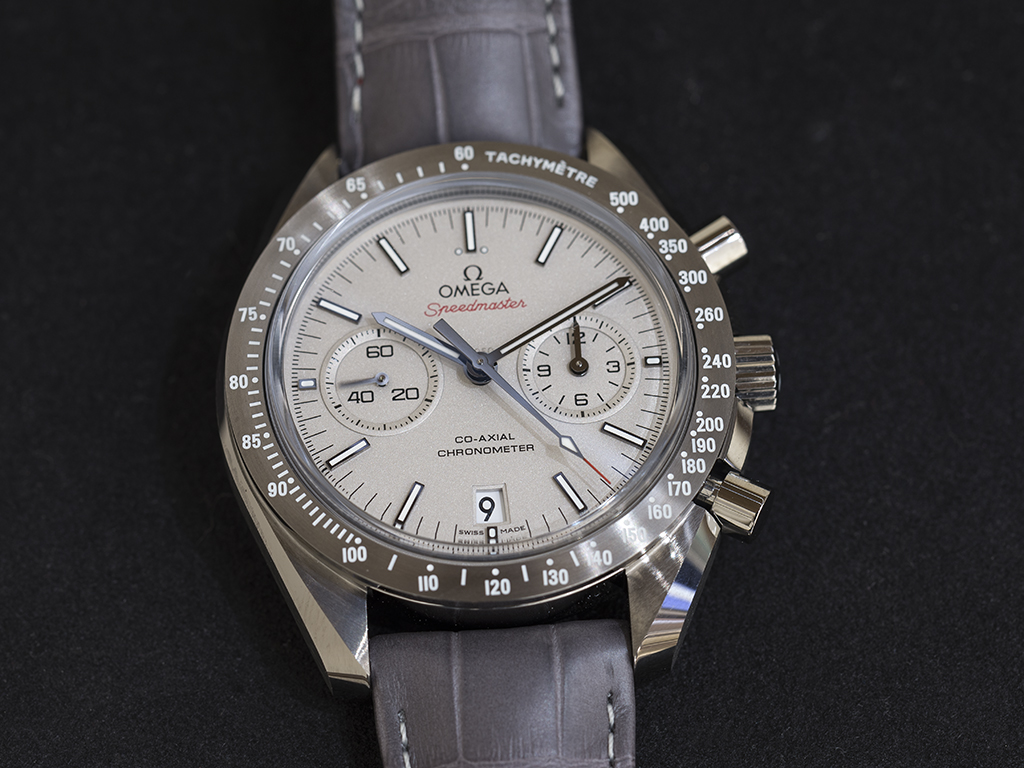 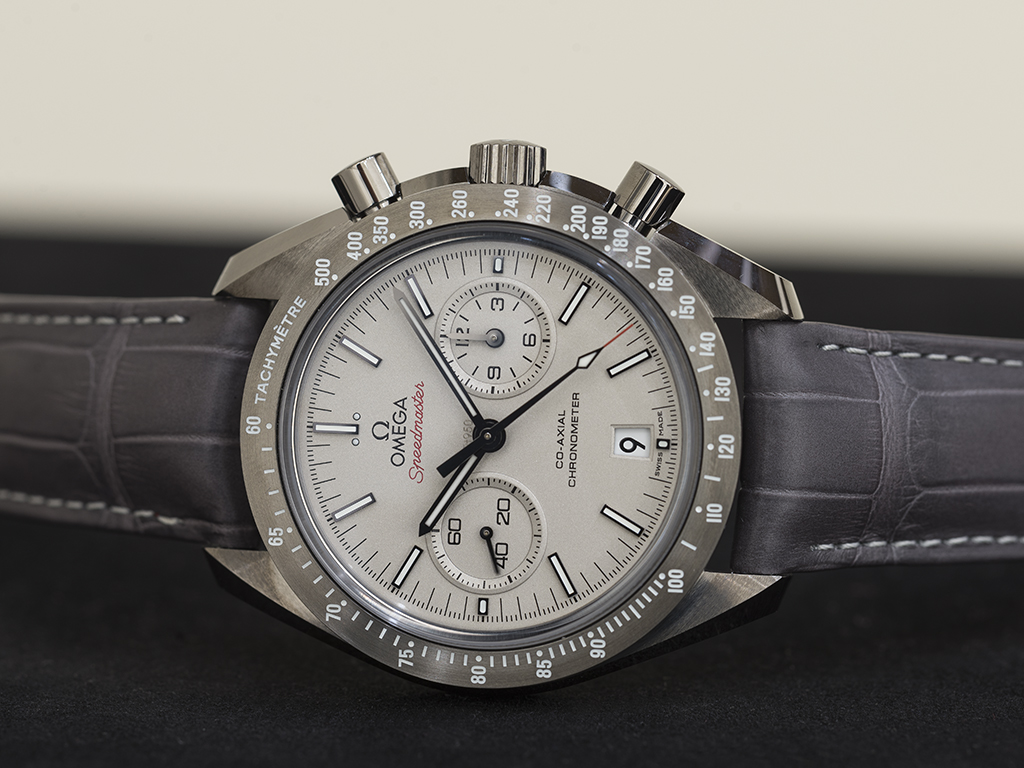 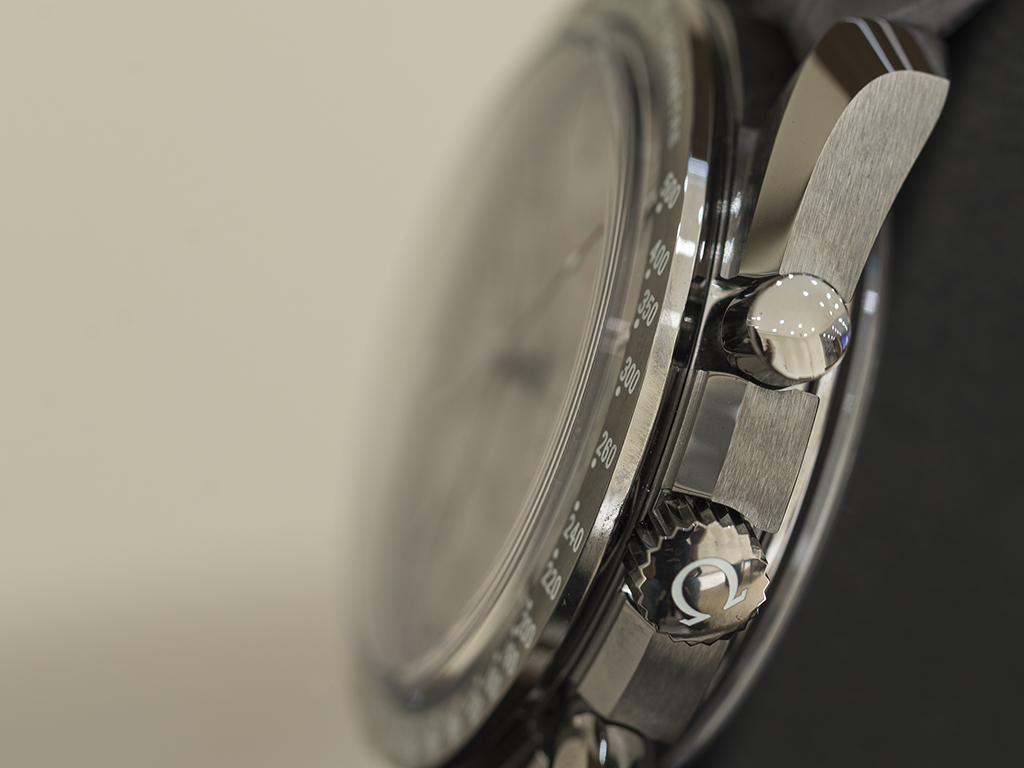 The mostly remarkable feature of the watch is the dial. To build the harmonization to the case the dial was made out of platinum and this is certified through the inscription “Pt950” just over the central hands.

Certainly of that the watch becomes a more special model but the price marking has changed to the detriment of the consumer.

Tachymeter scale on the bezel was filled with the same SuperLuminova material which is used for the dial, which faces us with a shining watch in dark lighting condition. The luminous Omega symbol on the crown is another smart detail 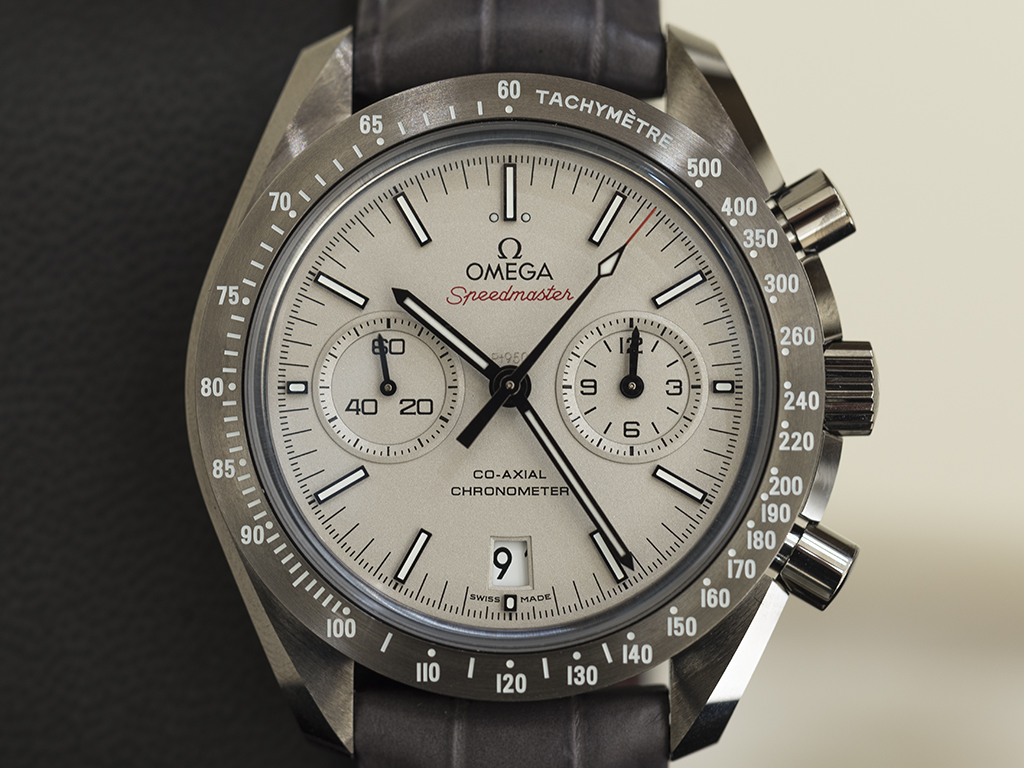 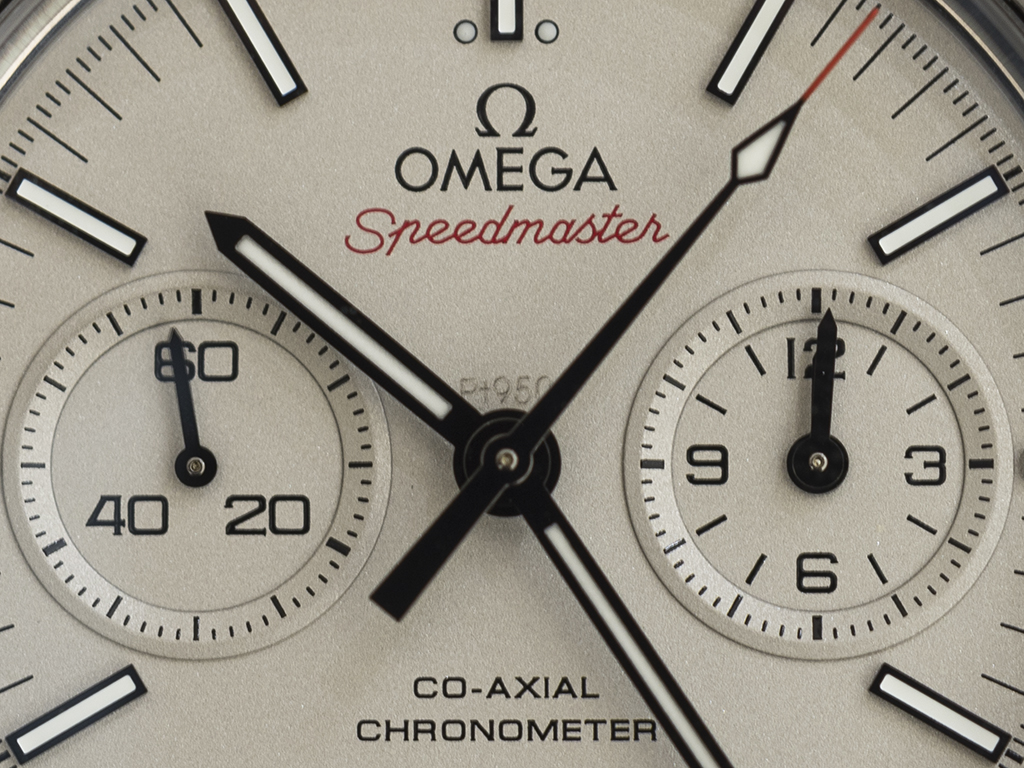 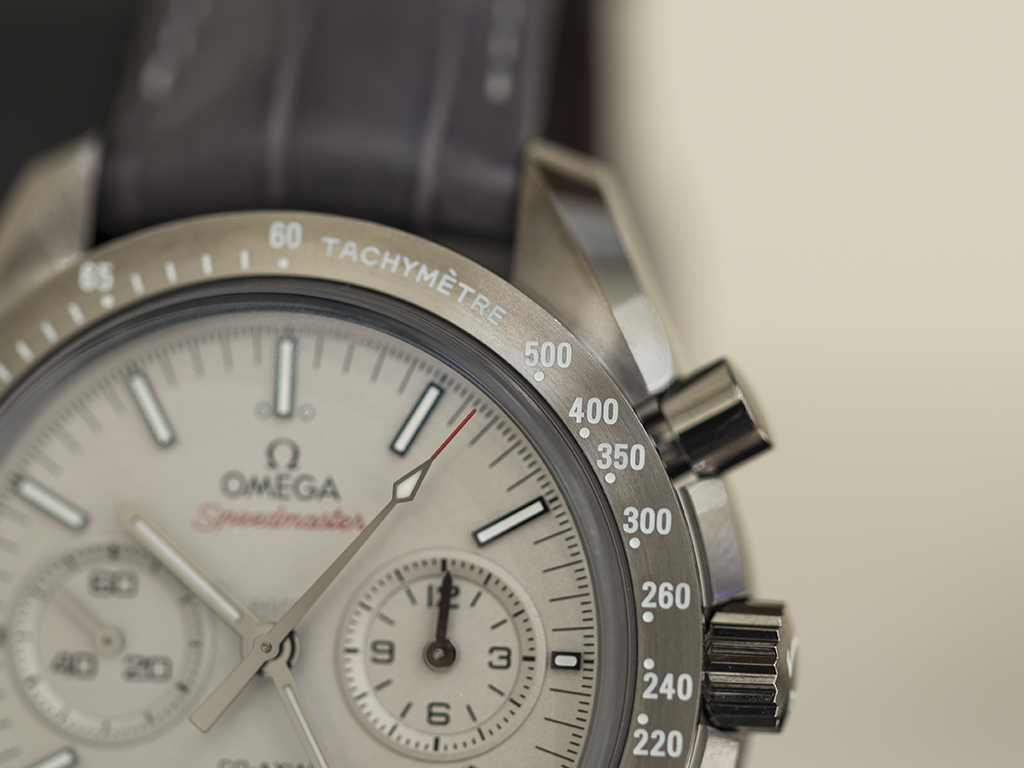 The mechanism is 9300 calibre, developed in-house by Omega. To increase the sensibility of the bi-compax chronograph layout a lot of patented technology is used. According to consumer comments the new generation Omega mechanism sensitivities are much more over the COSC values. Due to that, Omega has moved this essential feature of watches with chronometer certificate one jump ahead.

The escapement of the mechanism is equipped with Co-Axial improved by George Daniels and with balance spring out of silicon. Through 2 barrels mounted in series makes a power reserve of 60 hours possible. 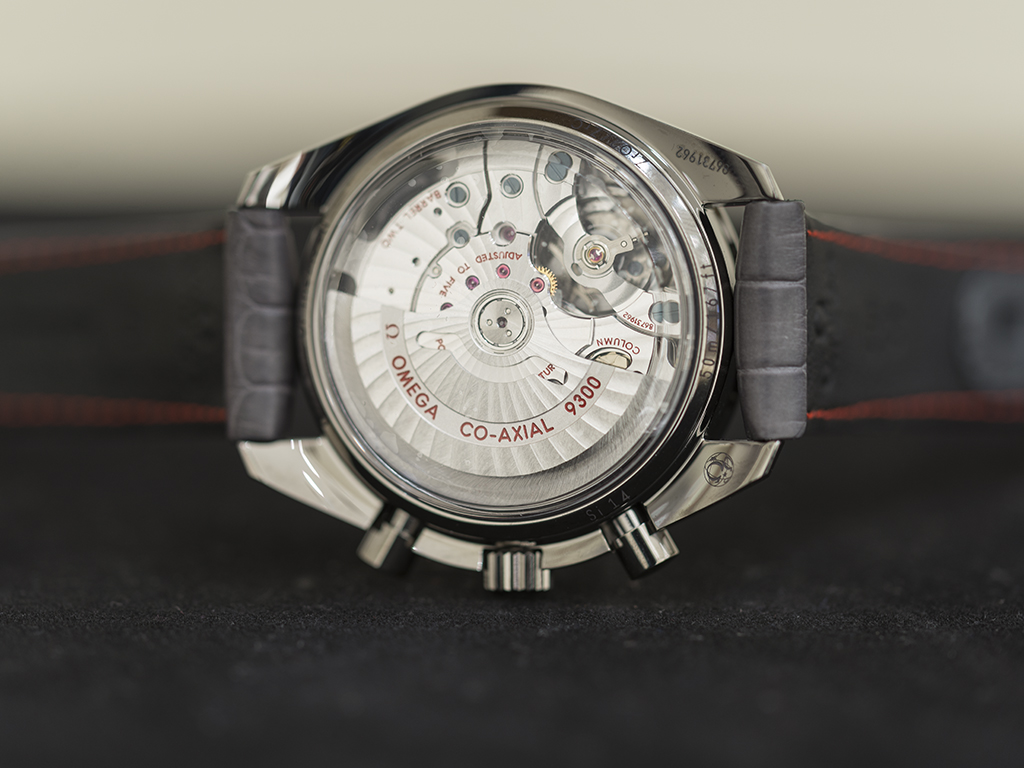 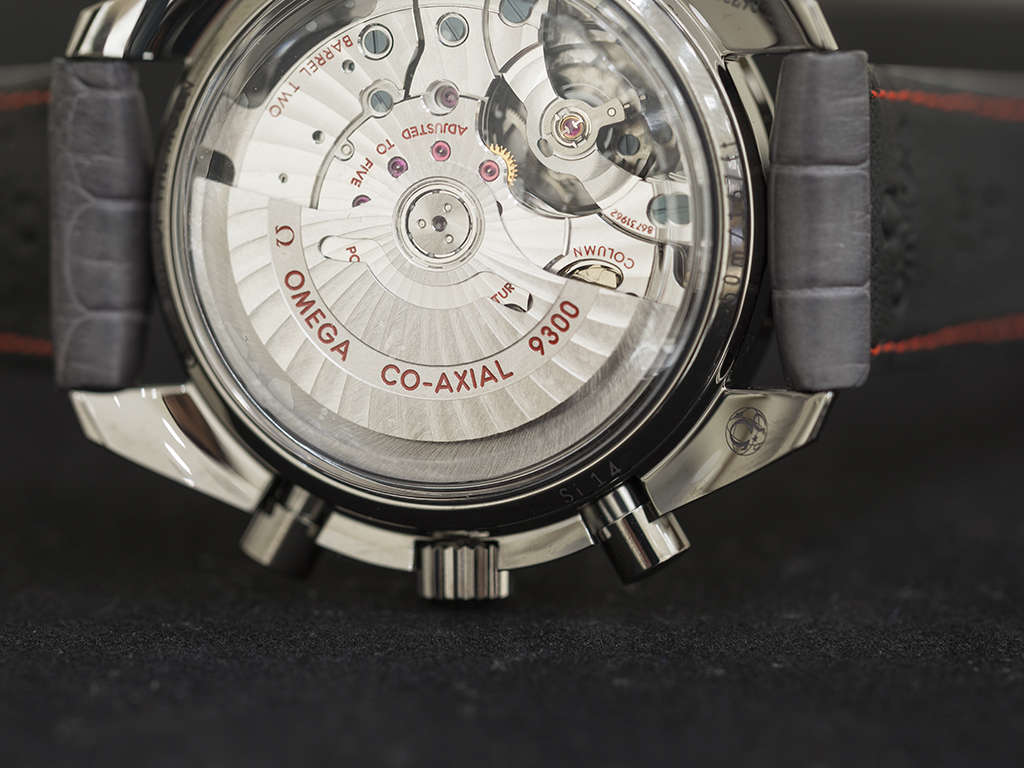 The watch strap is out of alligator leather with normal buckle. Personally, I think that the strap material of the black version is more compatible to the general sportive character of the watch, but this version here draws attention with its stylish look. 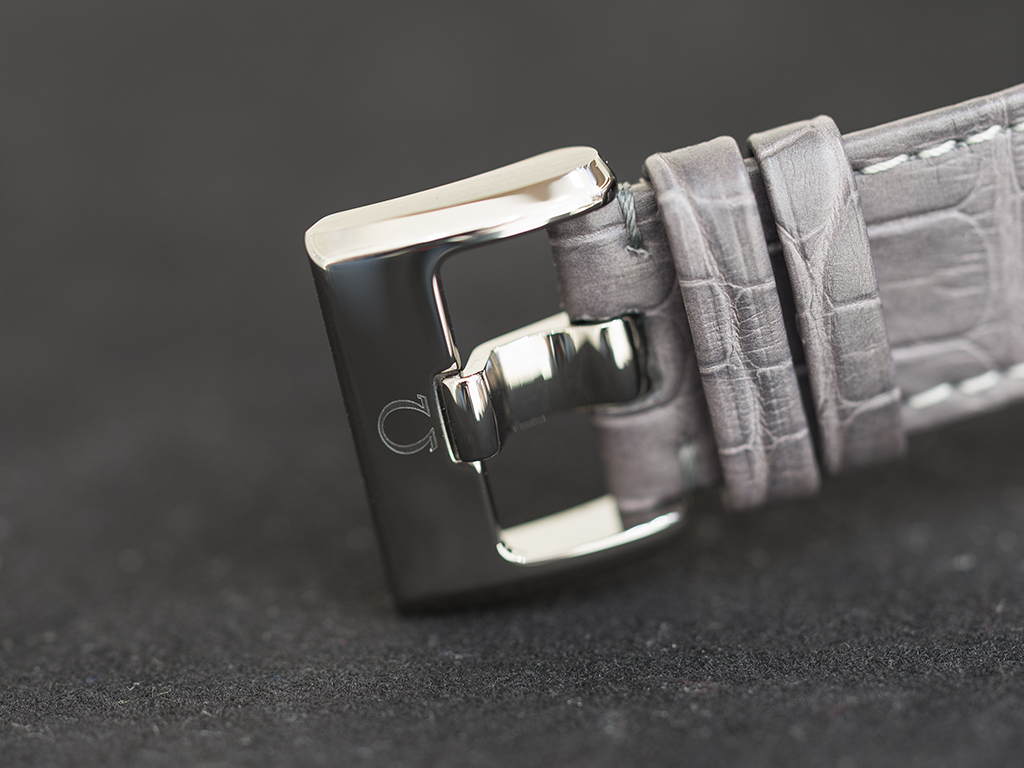 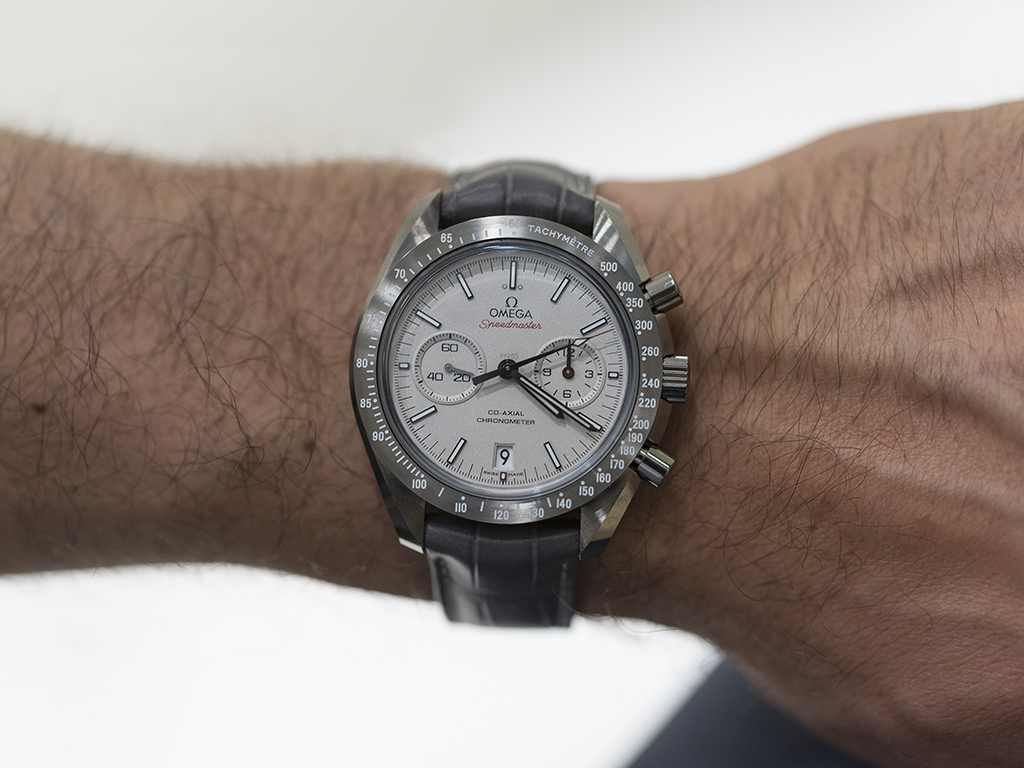 If the watch is evaluated generally Omega receives for this successful model the thumbs up by us. The technical and functional equipment, the updated design while sticking close to its basics, sportiveness and chicness used in harmonization exceeds our expectations in every sense.