Are you looking for a Bi-Compax layout chronograph equipped with a hand-wound movement? With the new Khaki Pilot Pioneer Mechanical Chronograph, Hamilton answers this never-ending quest of tasteful watch enthusiasts. 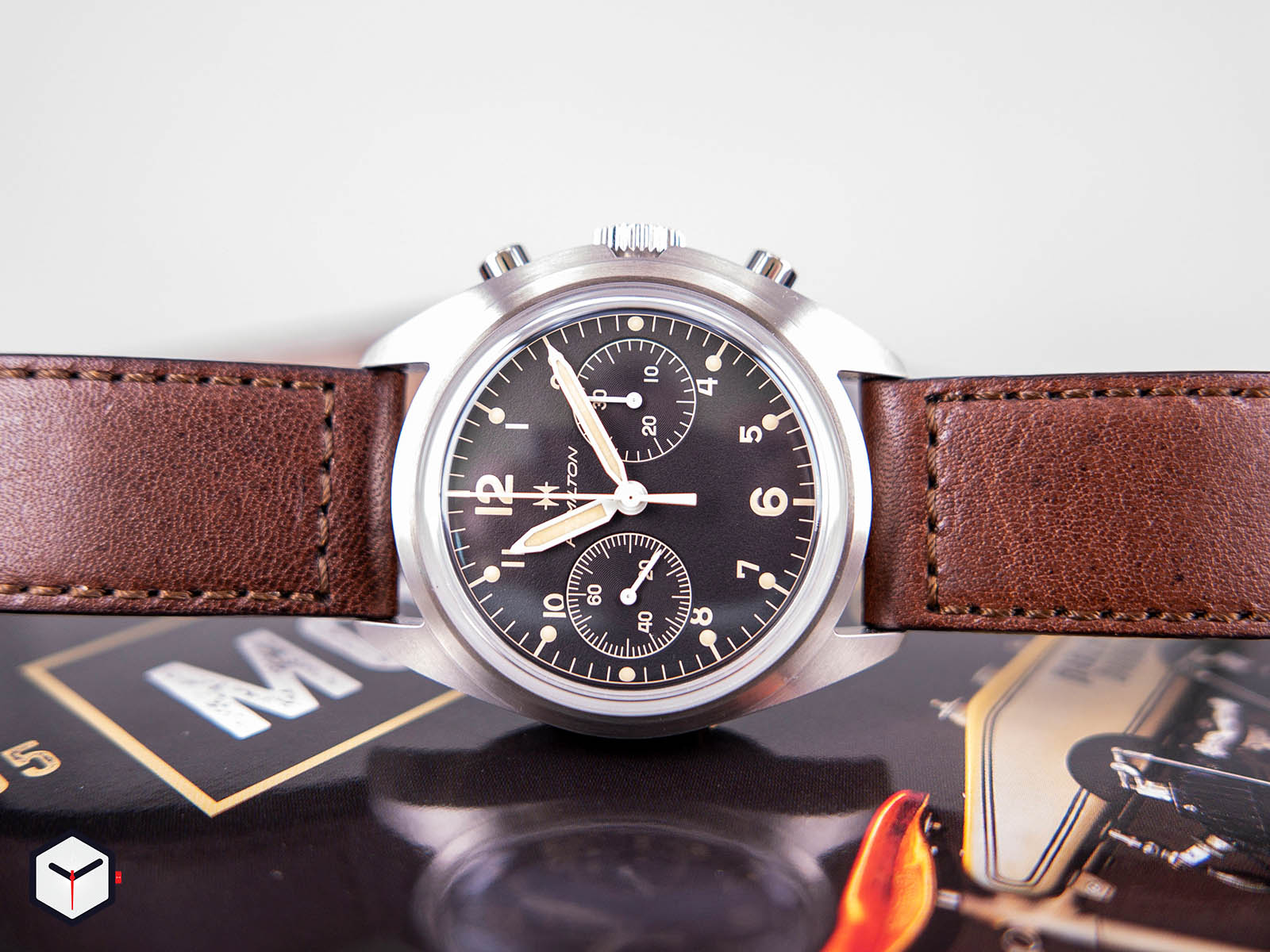 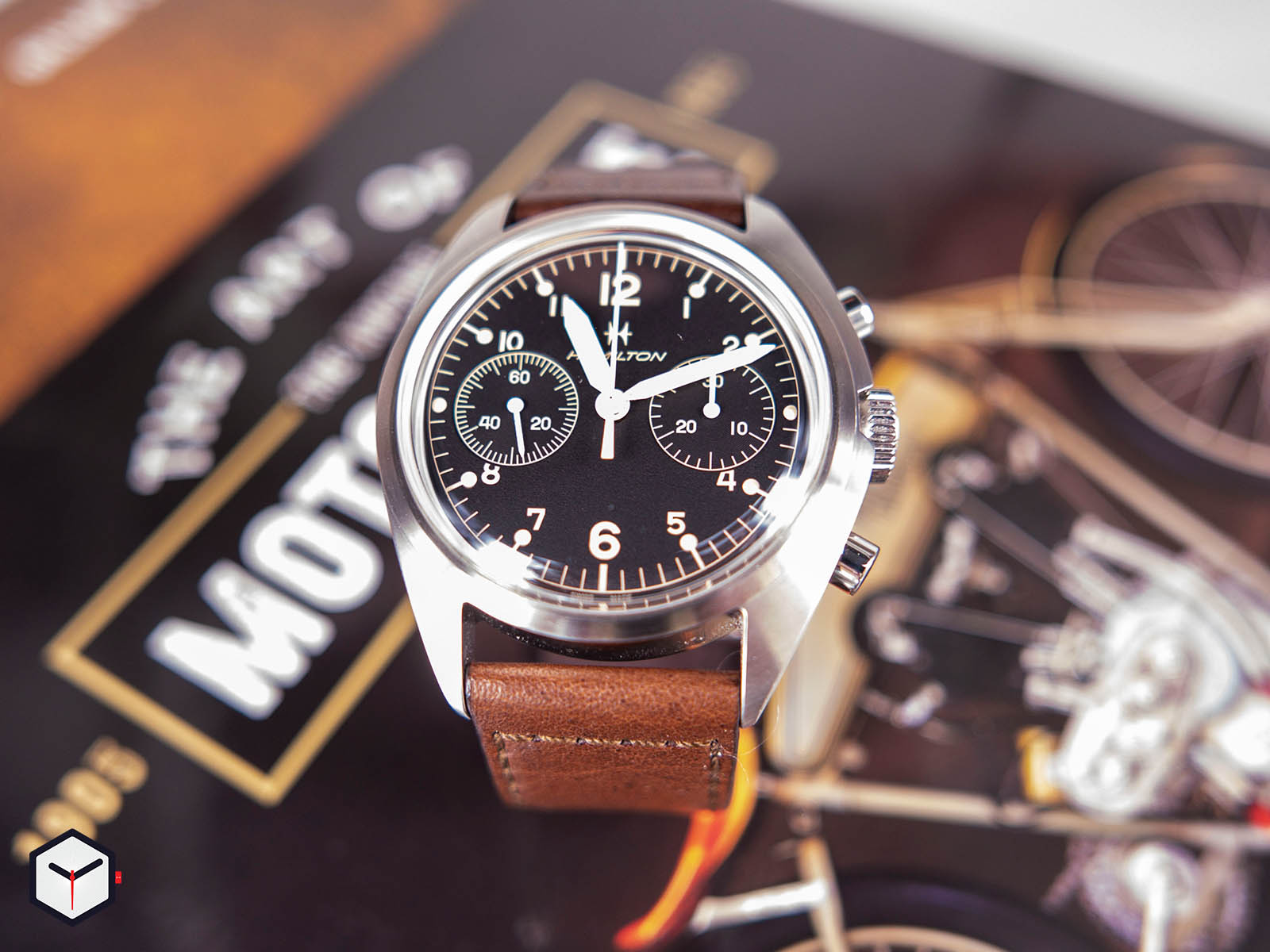 The stylish model is inspired by Hamilton's rich heritage in military watches. It is a current adaptation of the Hamilton Fab Four 6BB Chronograph, which the brand designed and produced exclusively for the RAF (Royal Air Force / British Royal Air Force) in the 1970s. 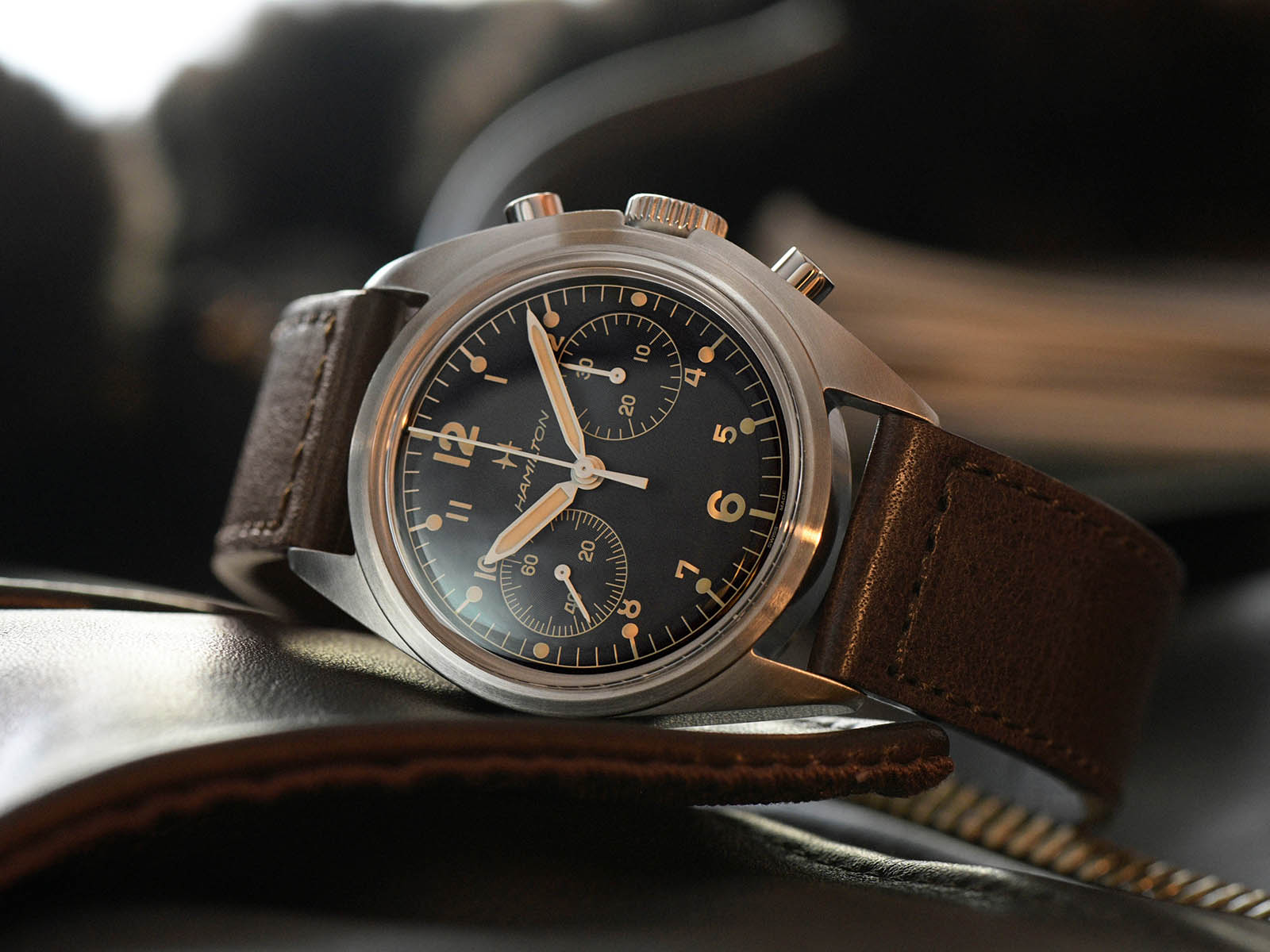 It is not a new thing that Hamilton presents the legendary models designed for various military forces in the past, with the balanced touches of today's technology, to watch lovers. The American origin brand has introduced the Khaki Field Mechanical (inspired by the Hamilton Hacked model), Khaki Pilot Pioneer Mechanical (inspired by the W10 models), and the latest Khaki Pilot Pioneer (slightly refers to the Model 23 made for the US Air Force), which focuses on this concept in the past. Using the support provided by the Swatch Group in many aspects, especially the movement supply, following the brand's DNA, Hamilton adds a new one to this important series consisting of best-seller models today. 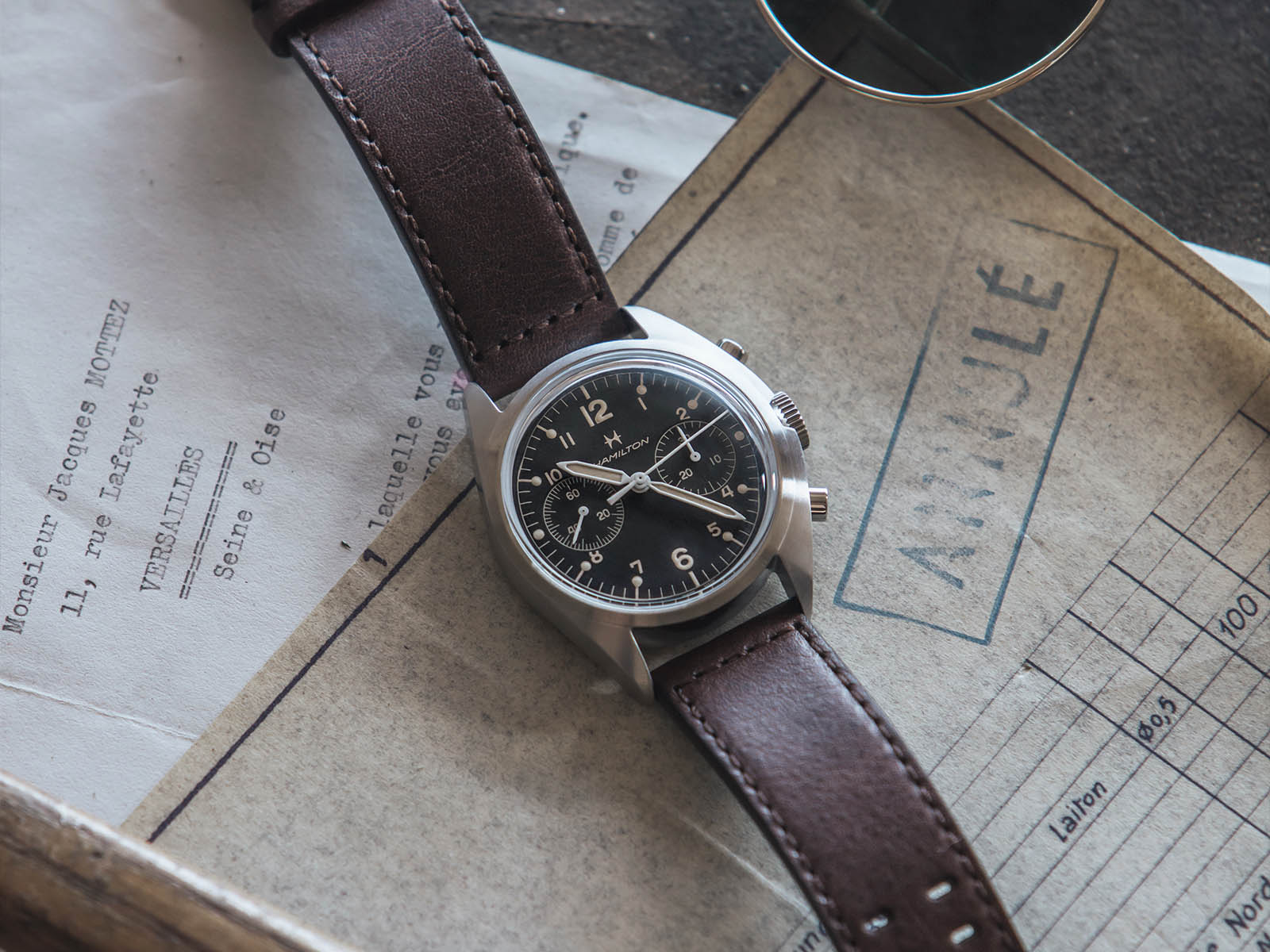 Before moving on to the model, I would like to talk about the dilemma that many refined watch lovers experience. There are Bi-Compax, that is, models with two chronograph sub-dials of various brands on the market today. Few of them, however, embrace designs that pay homage to the early days to which the Bi-Compax layout belonged. Even if you find a Bi-Compax Chronograph that follows the Heritage concept, the current automatic caliber used in it, unfortunately, spoils the magic. This is where the Hamilton Khaki Pilot Pioneer Mechanical Chronograph, which is the guest of our pages today, comes to the rescue. 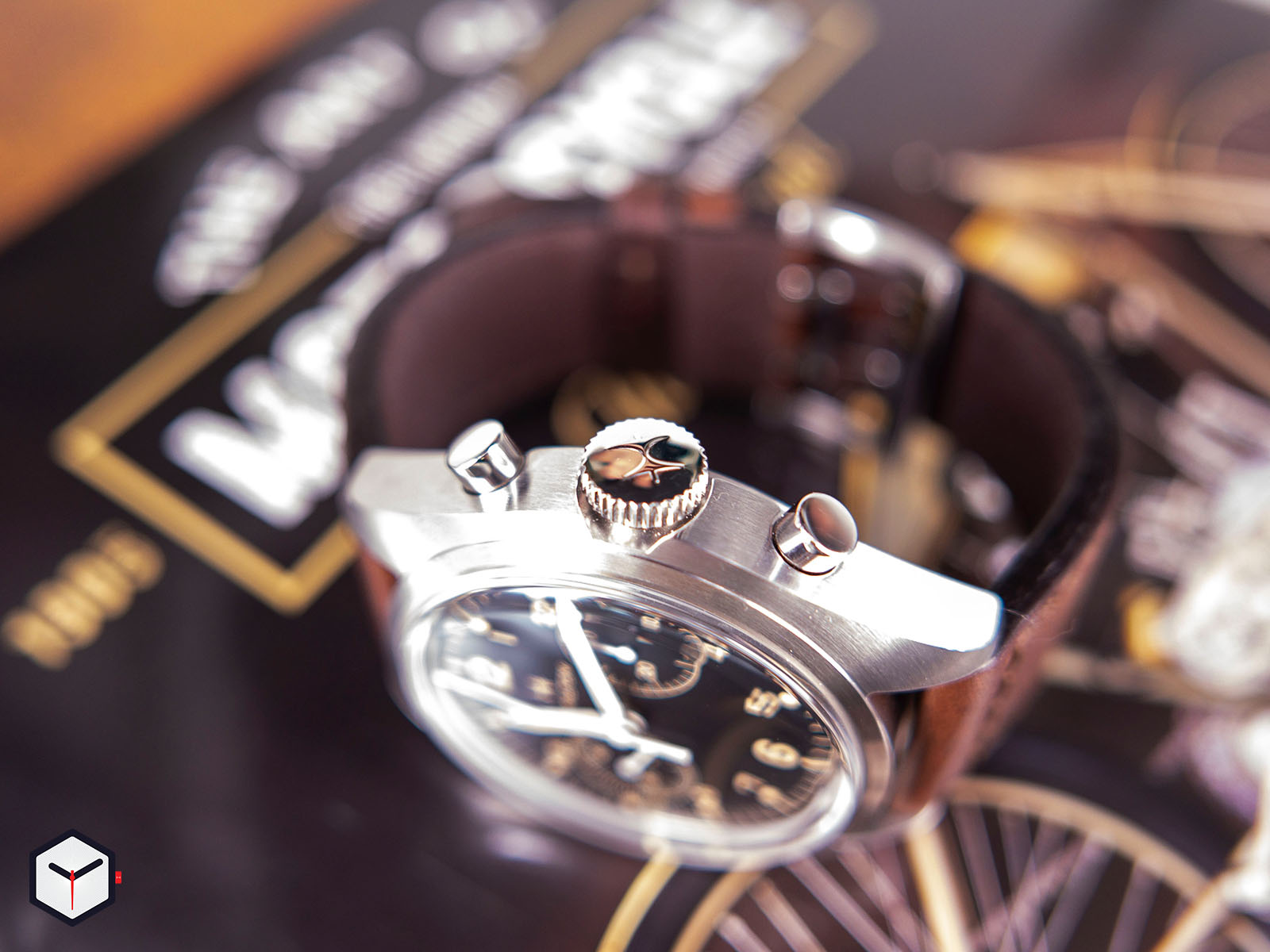 The new model comes with a case measuring 40mm in diameter and 14.35mm in diameter. The case, which was designed by staying true to the original Fab Four 6BB Chronograph model, is made of stainless steel. The case has a box-type sapphire crystal with anti-reflective coating on both sides on the front, and a solid steel cover, again referring to the original model, on the back. Complemented by the large crown and piston-style chronograph pushers, the stylish case is water-resistant up to 100 meters, which is quite enough for daily use. 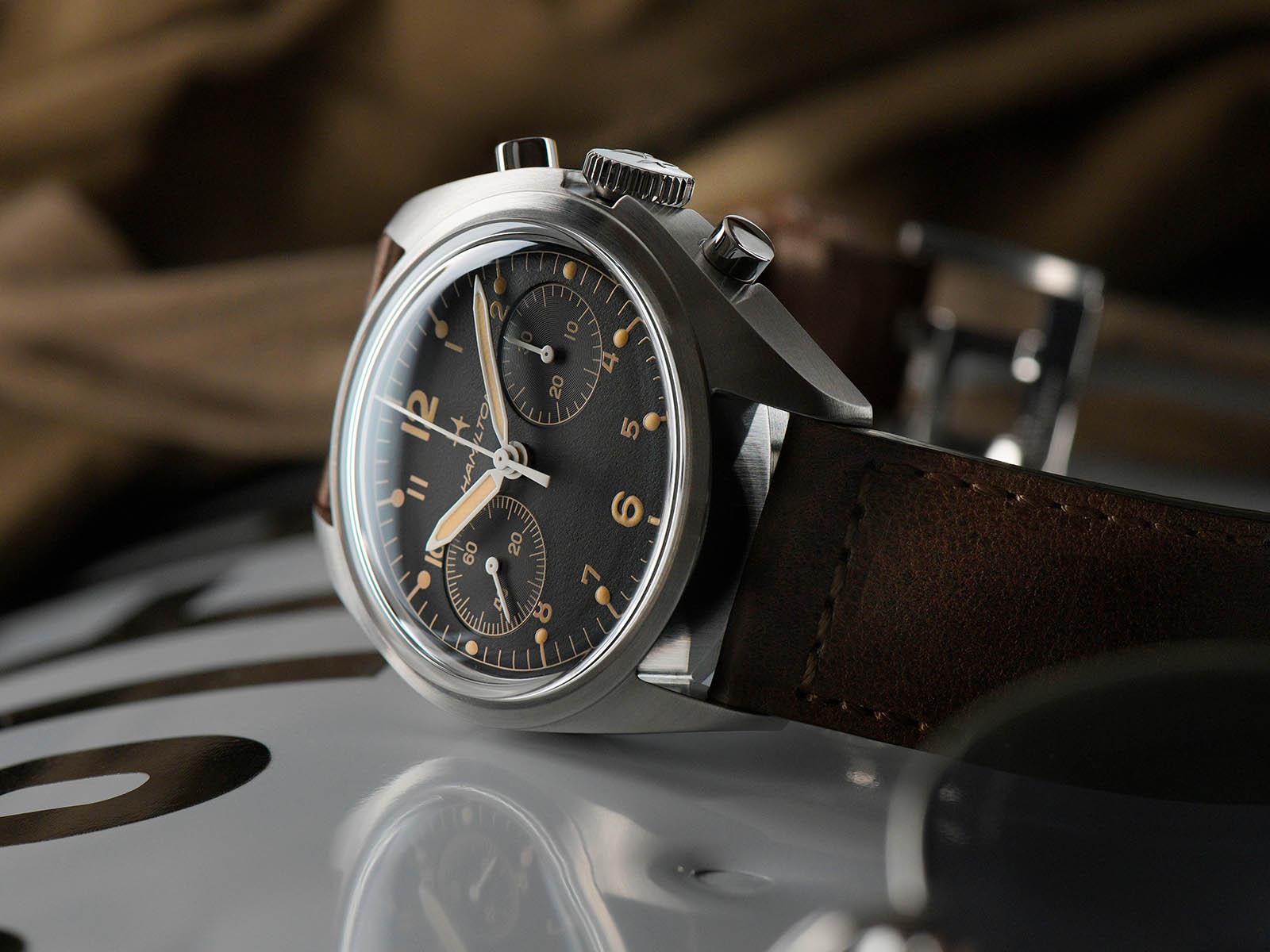 The homage to the past continues on the dial of the model as well. Offering a faithful look to the original model with its grainy surface, the dial features hands and indices filled with old radium effect Super-LumiNOVA. While the hands offer sufficient legibility in almost any environment with their white lacquer coating, the hour markers and tracks added with the printing technique also emphasize the Vintage character of the model. 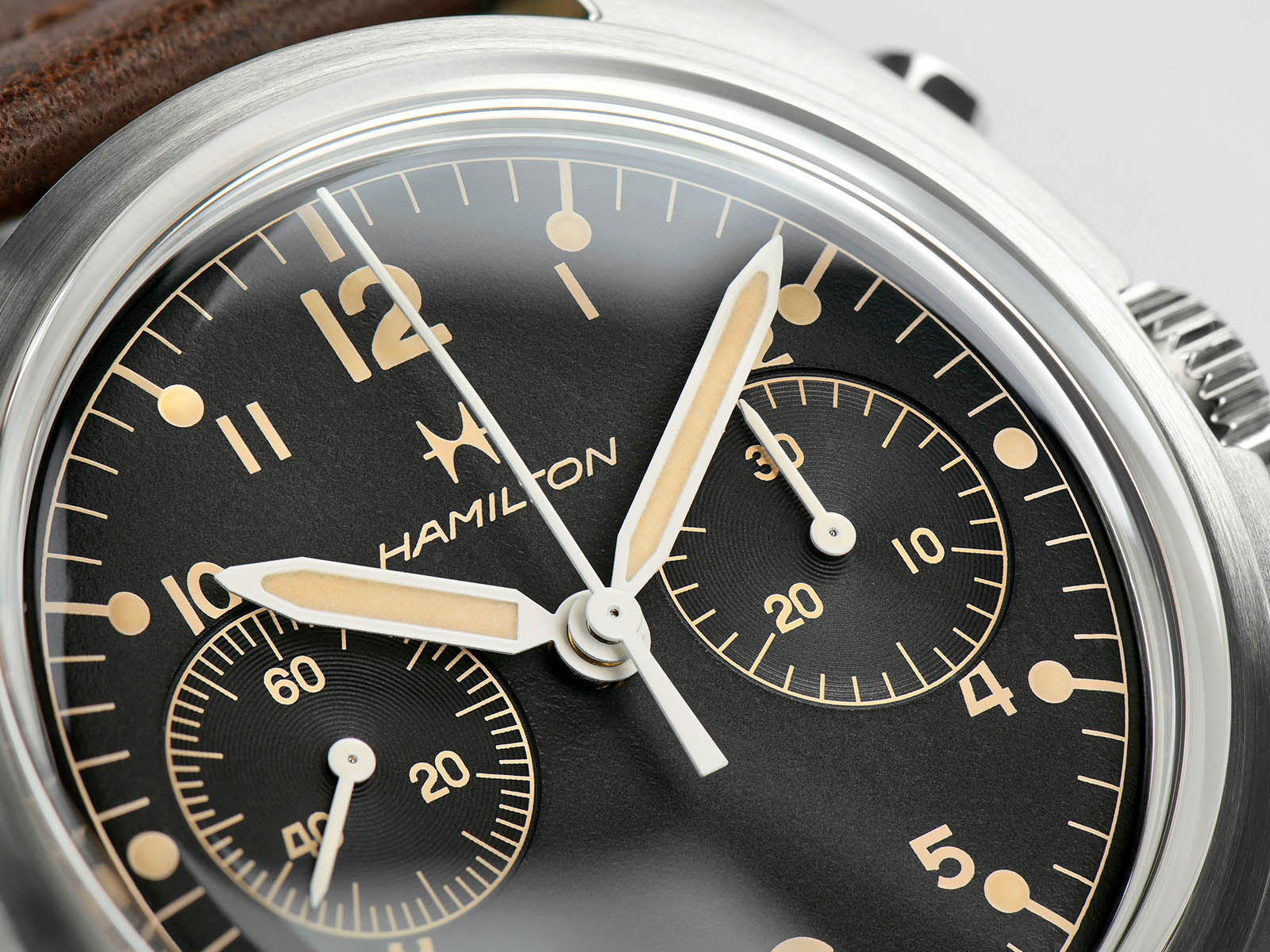 When we come to the caliber part of the new model, we are greeted by a detail that makes watch enthusiasts, like me, who admire classic Bi-Compax chronographs, smile. Paying attention to the integrity of the retro-inspired theme of the model, Hamilton conquers the hearts with the hand-wound movement ticks inside the model. At the heart of the Hamilton Khaki Pilot Pioneer Mechanical Chronograph beats the H-51-Si movement based on the ETA – Valjoux 7733. The hand-wound movement, designed on the 7733 by removing the automatic winding mechanism, operates at 4Hz (28,800vph) and offers an efficient 60-hour power reserve when fully wound. The movement, which has successfully brought to life this elegant chronograph with a classical theme, impresses with its traditional architecture as well as its technological features like the silicon balance spring. 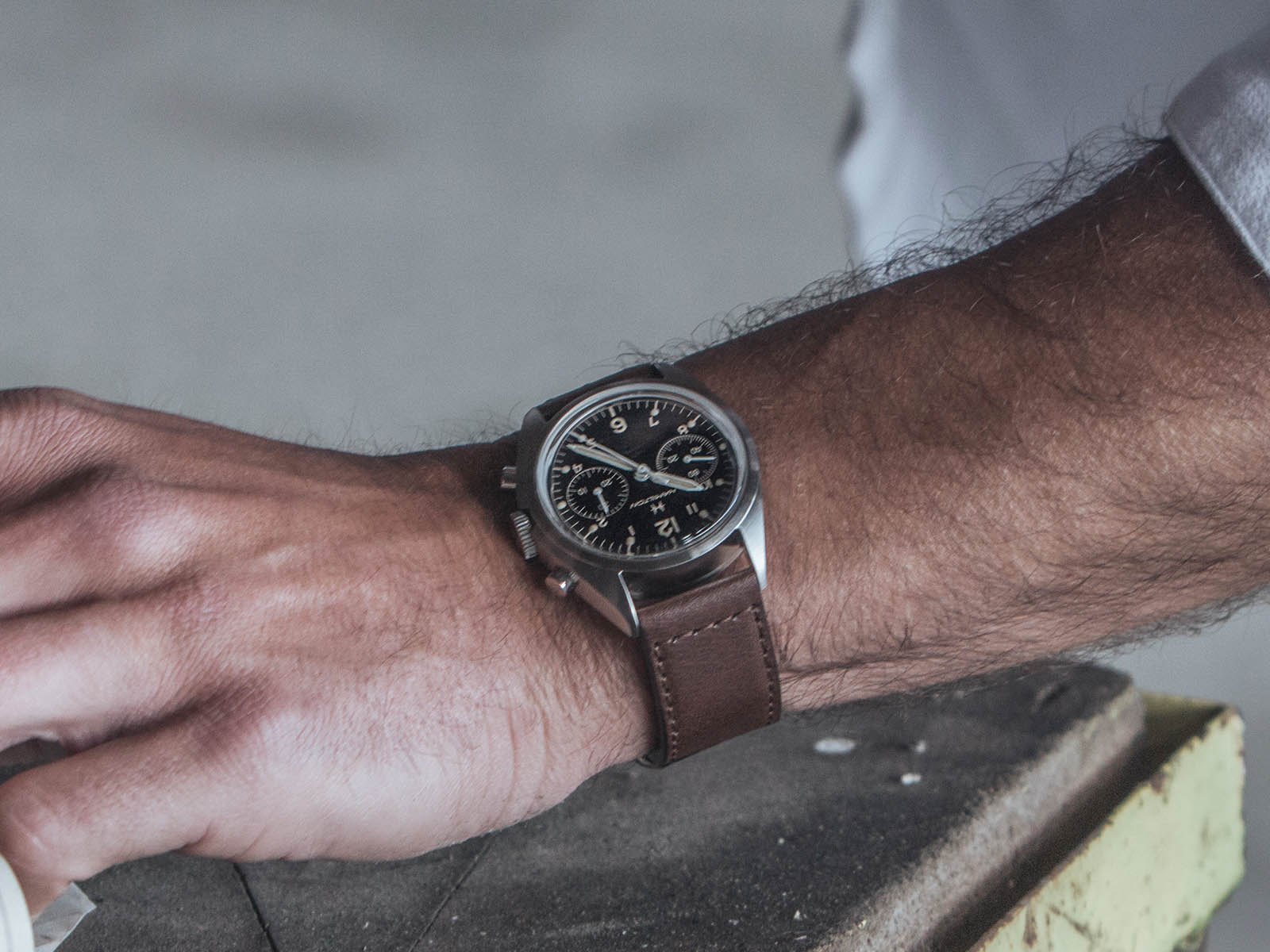 Hamilton Khaki Pilot Pioneer Mechanical Chronograph Ref. H76409530, under the brand's standard (non-limited production) collection, comes on a brown calf leather strap and a stainless steel pin-type buckle. The new model is getting ready to appear at sales points with a price tag of CHF 1,995. 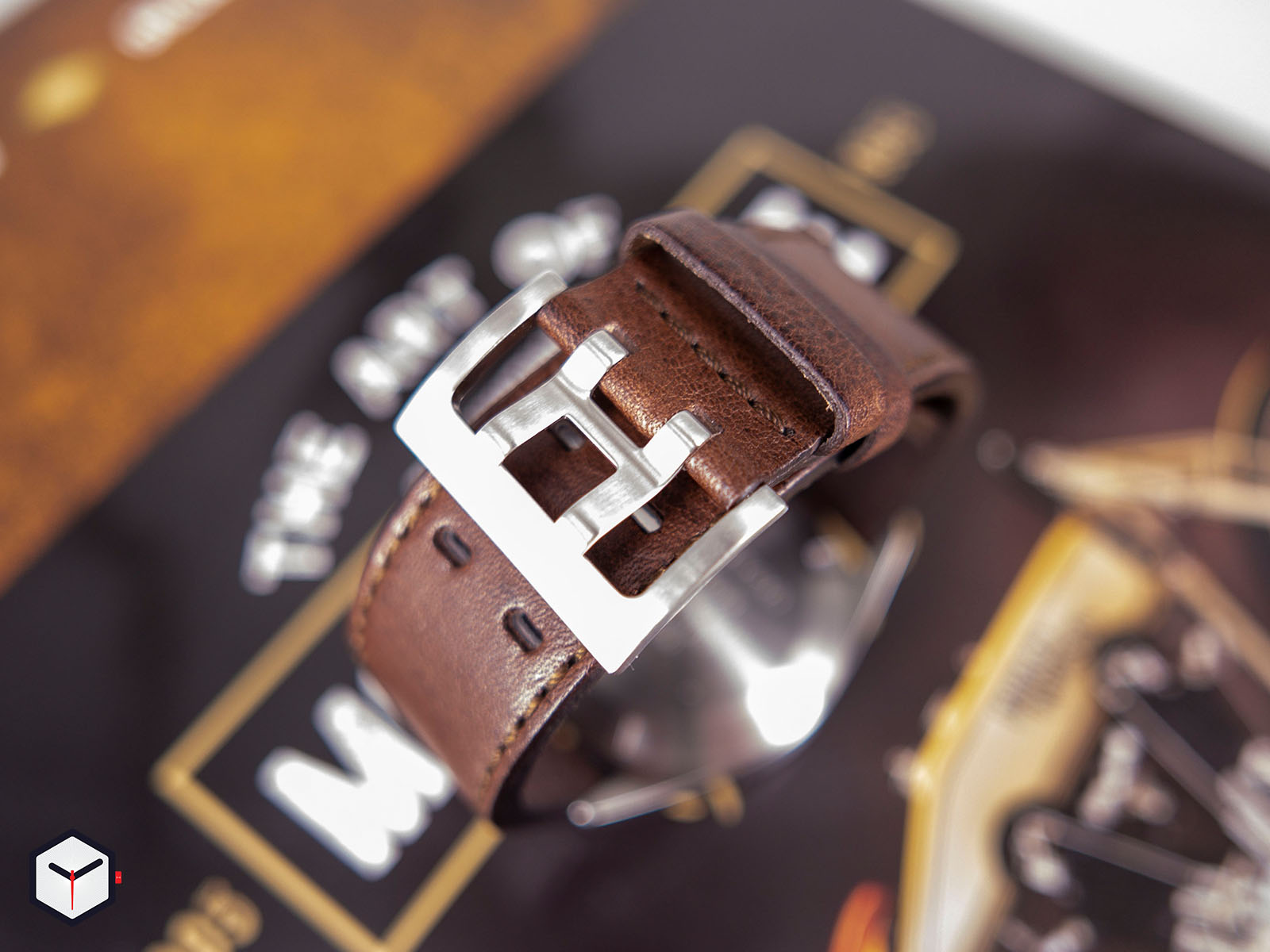