An In-Depth Look at the history of Patek Philippe Nautilus, the most special luxury sports watch ever. 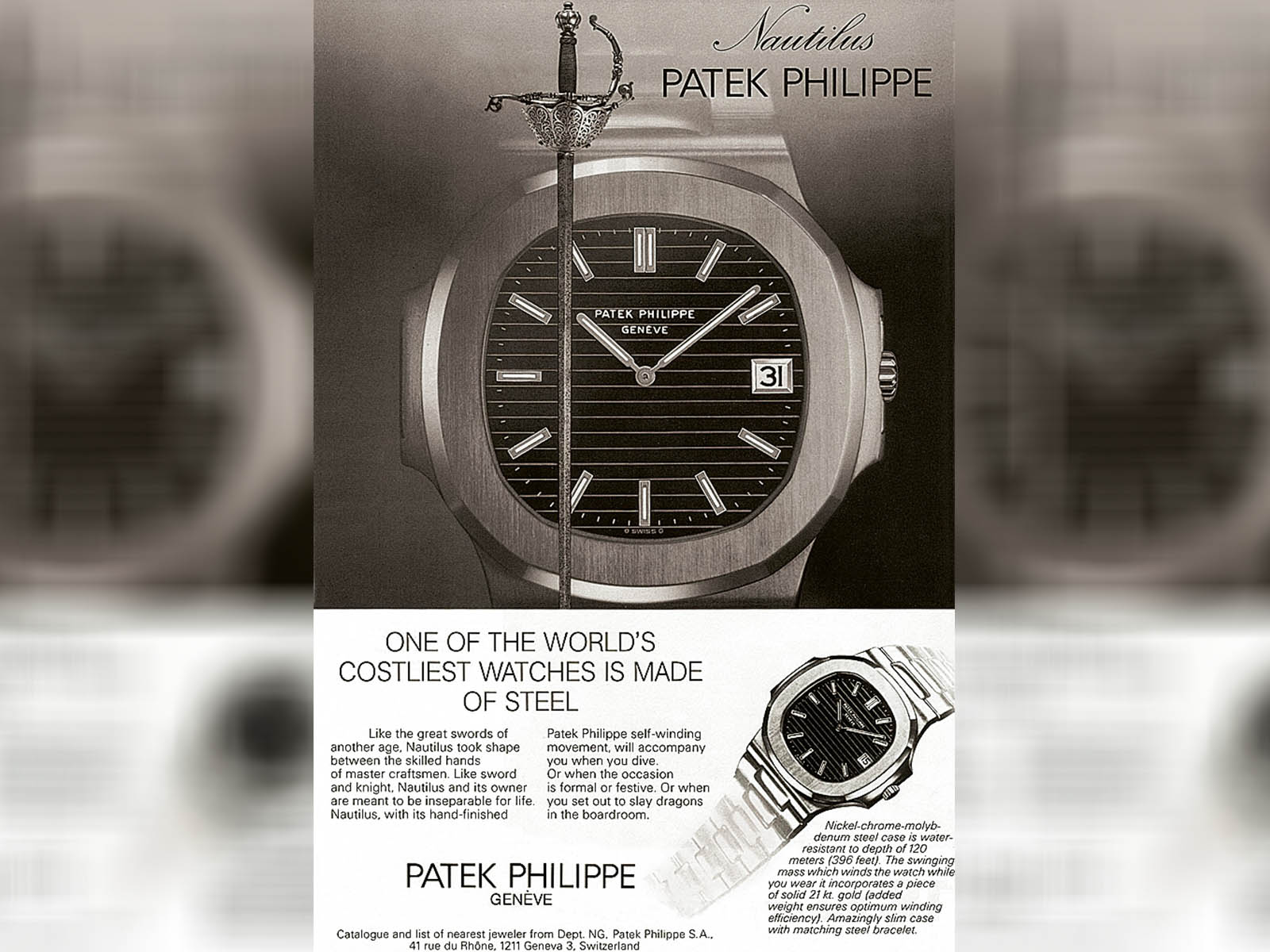 Legendary, iconic, classic, timeless... These are just a few of the words used to describe Patek Philippe Nautilus. Nautilus, a rare piece designed by Gerald Genta, not only imprinted its name in the history of Patek Philippe in gold letters but also changed the face of the watchmaking industry. 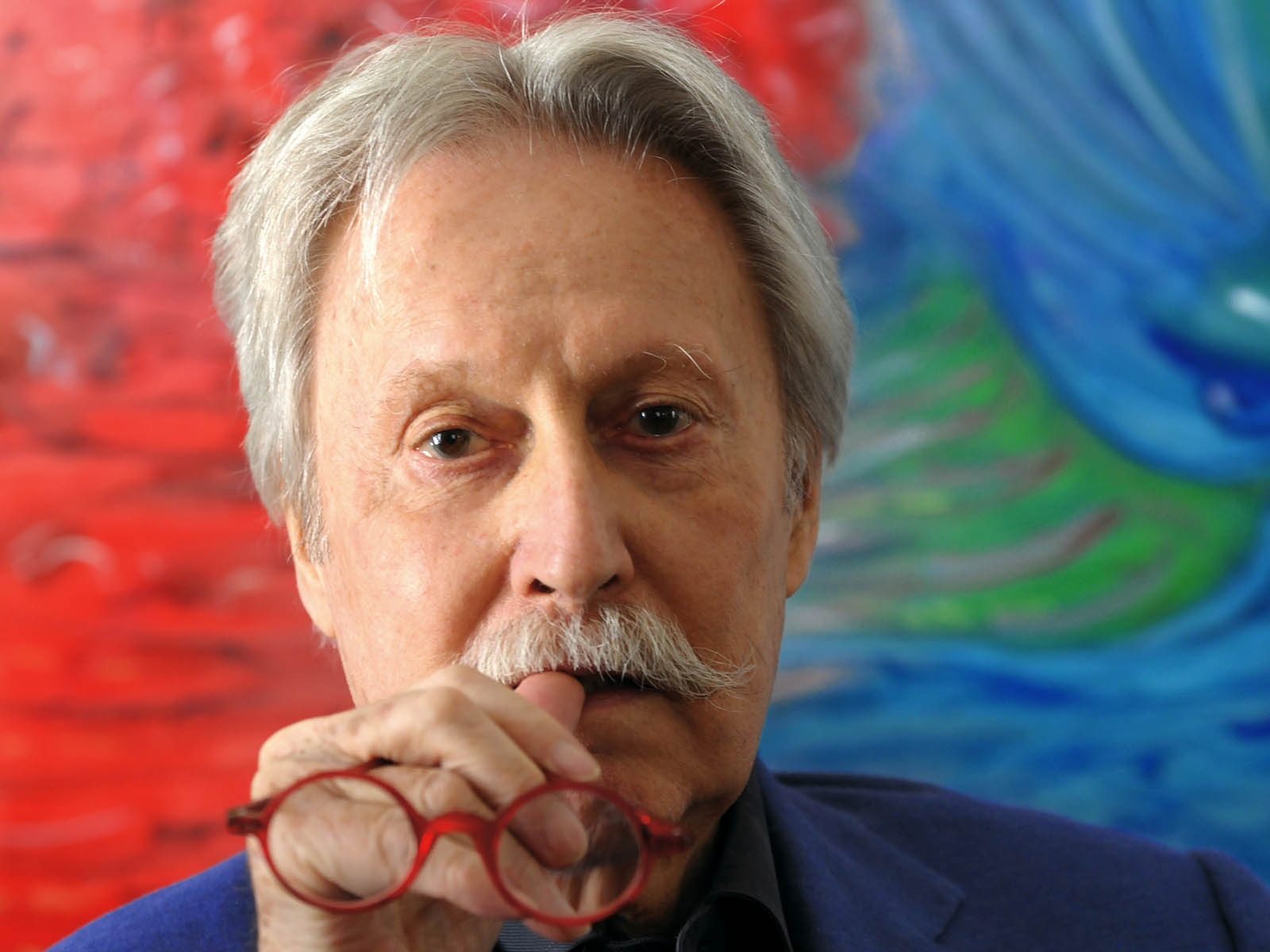 The 1950s and after were the years when the star of watchmaking shined globally. Many of the models that are accepted as cult watches today were introduced in this era. The brands were offering designs with a contemporary approach that could not age for years; they were rewriting the rules in the luxury watch market. Moreover, with the increase of the technological possibilities, they were developing functional features such as water resistance and high accuracy as well. In the 1960s, the first thing that comes to mind when it comes to luxury watches was the material that the watch was made of. In this case, no alternative other than gold or platinum could be considered luxurious. Thematic and functional models such as diver's watches, pilot's watches, and chronographs were all offered with stainless steel cases and bracelets, because of being both useful and inexpensive. 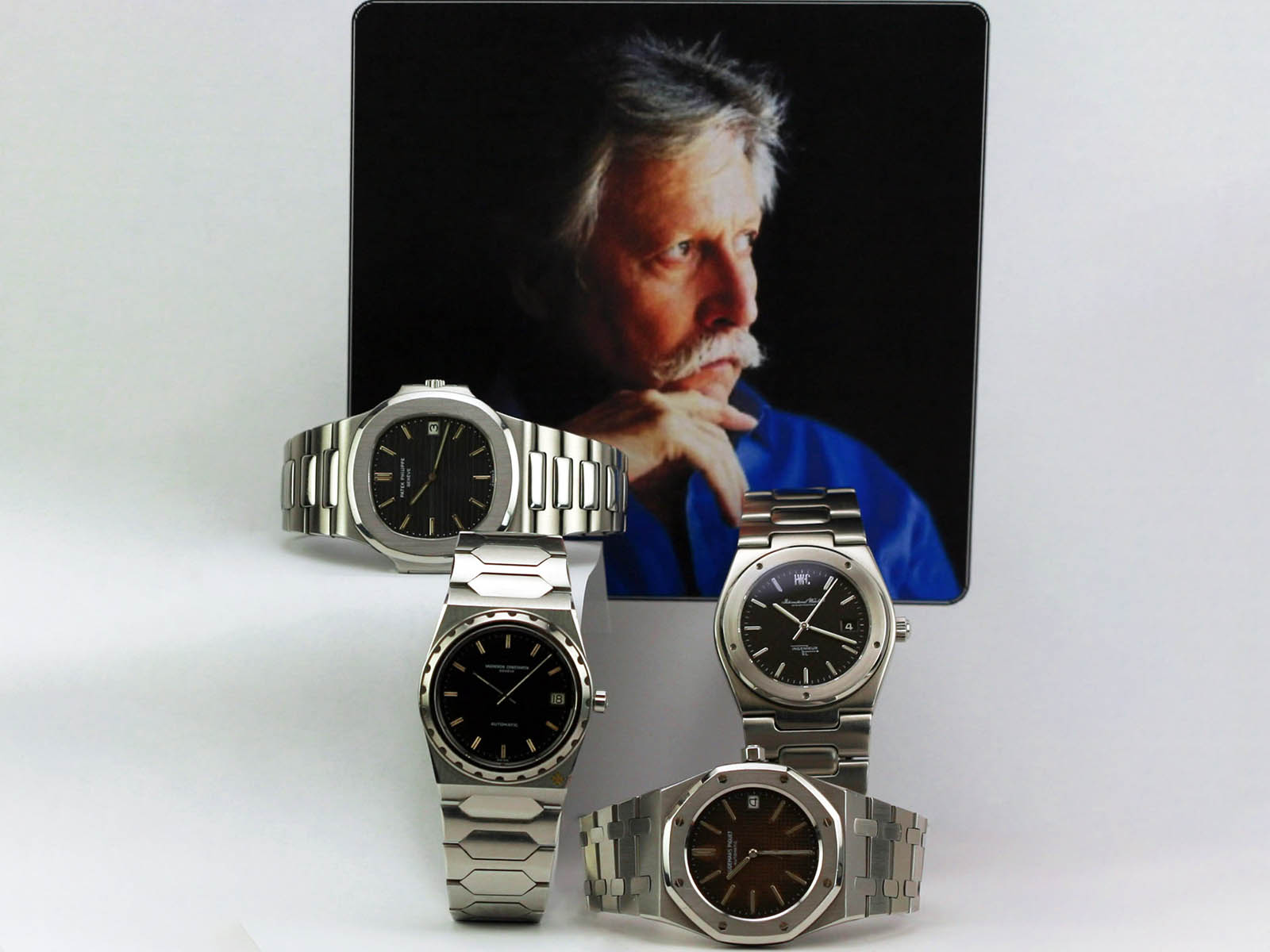 1969, this date is referred to as a milestone in the history of both Swiss and global watchmaking. Careful readers will notice immediately as it was the starting date of the Quartz crisis, which has put the Swiss watchmaking industry into great trouble since the 70s. Moreover, the starter of this crisis was an innocent model from a tiny island country: Seiko Astron. The world's first Quartz watch had such an impact with its affordability, solidness, high accuracy and freshness, which were adored by people. Watches with Quartz movements immediately began to spread everywhere. The business volumes of watch companies in those years were much smaller than today when there was no internet, publicity was made through newspapers and magazines, and people spent great effort to reach information. As a result, the impact of the Quartz crisis was brutal for Swiss mechanical watchmaking. Dozens of brands could not make it through the period and bankrupted. Relatively bigger players also began to struggle. My reason for writing this long paragraph was to make an introduction to the beginning of all events. In 1972, Audemars Piguet made a risky and marginal decision and introduced the Royal Oak model. A watch made of stainless steel to a high standard and sold at the same or even higher than the price of luxury gold watches. Patek Philippe, one of the biggest rivals of AP in those years, did not sit on its hands...

Gerald Genta (1931-2011), you all know who he is, was the name that brought Audemars Piguet Royal Oak and Patek Philippe Nautilus into the world of luxury watchmaking. Patek Philippe Nautilus was not a model demanded by the brand from Genta. Genta laid the basis of this iconic design with a sketch he drew on a napkin in five minutes while having dinner. Would Genta think that this napkin would host one of the most valuable drawings in the world while completing its drawing inspired by the porthole design on the transatlantic ships? 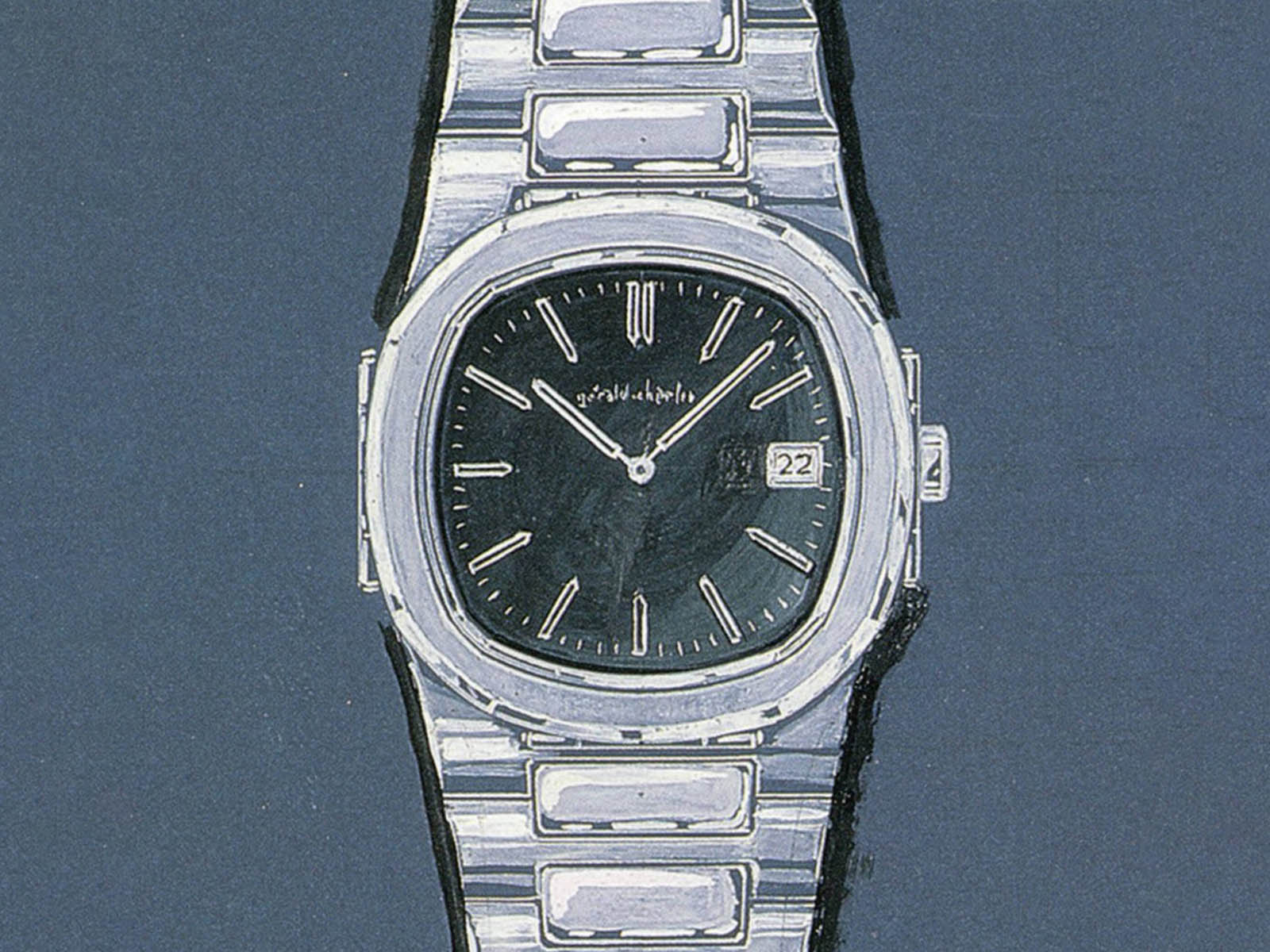 In 1976 and before, Patek Philippe was a brand known for its classic designs and high-complication models. Well, it is not very different today, but back then offering a steel case and a sporty design like Nautilus to its fans was more like starting an adventure, where you could not expect how it would end up. The first Nautilus, Ref. 3700, had an unusual case with a one-piece design, where the case back could not be detached from the case. The movement was placed in the case through the dial. After the crystal and gaskets were assembled, the bezel was closed, and then the ear-like parts on both sides of the case were screwed and the process was completed. The size of the case between positions 4 and 10 was exactly 42mm. This measure, which is within normal limits today, was, as you can imagine, too large in those years. Naturally, Nautilus had the "Jumbo" nickname just like the Royal Oak. Inside the case, which was water-resistant up to 120 meters, was the strikingly beautiful blue colored, gold dial, a signature design detail to be for the brand, a pair of hands that would never compromise simplicity, and a small date display. Just under the dial was the JLC Caliber 920, or more precisely, the Caliber 28-255 C, as mentioned in the Patek Philippe catalog, which was a true work of art. Just like the AP RO Jumbo. The 28-jewels movement, measuring 28mm x 3.05mm, was operating at 19800vph and had a 40-hour power reserve. This movement, which can be the subject of an article by itself, continues to be produced today by the master watchmakers of Audemars Piguet for the Royal Oak Jumbo. 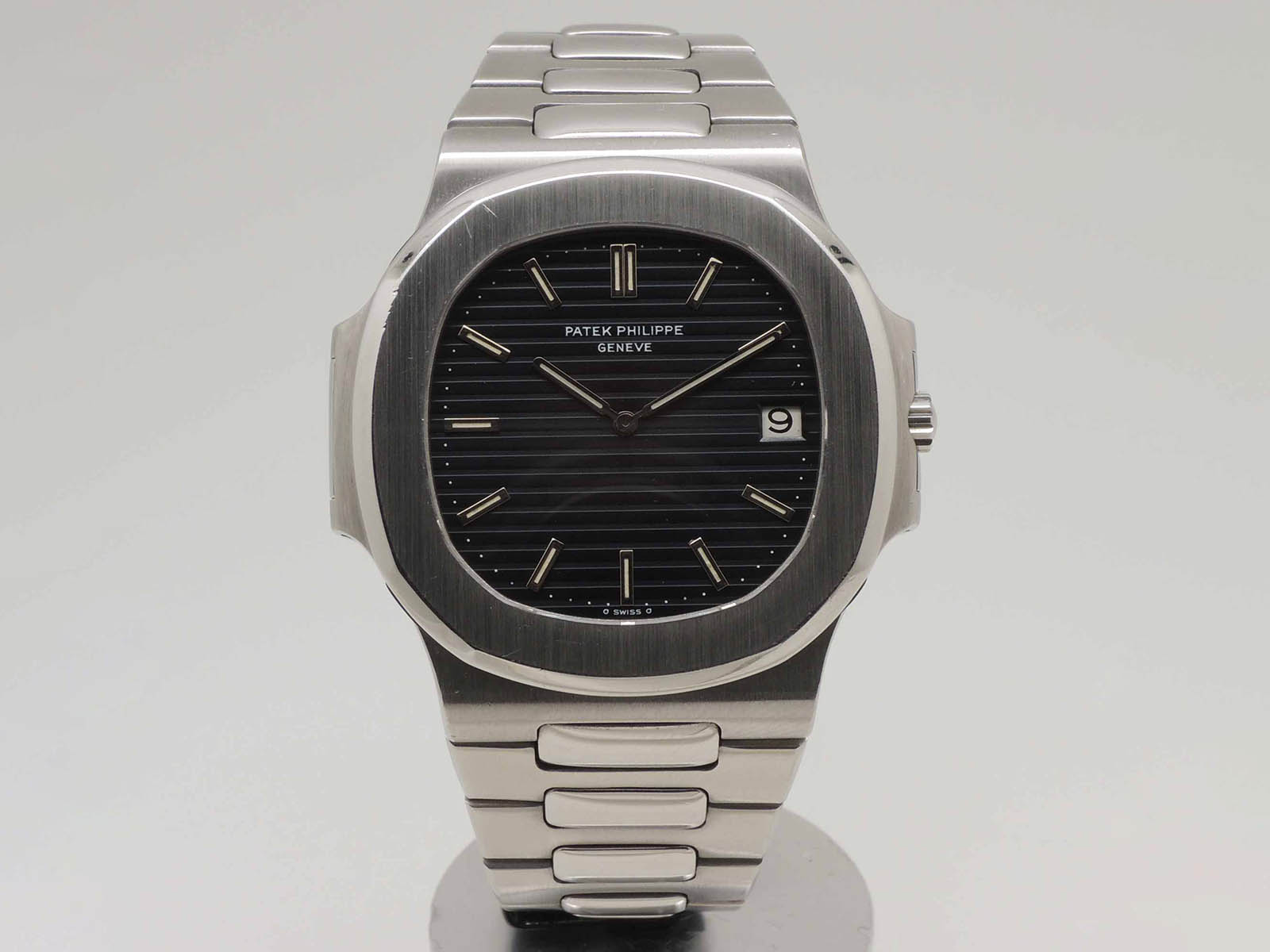 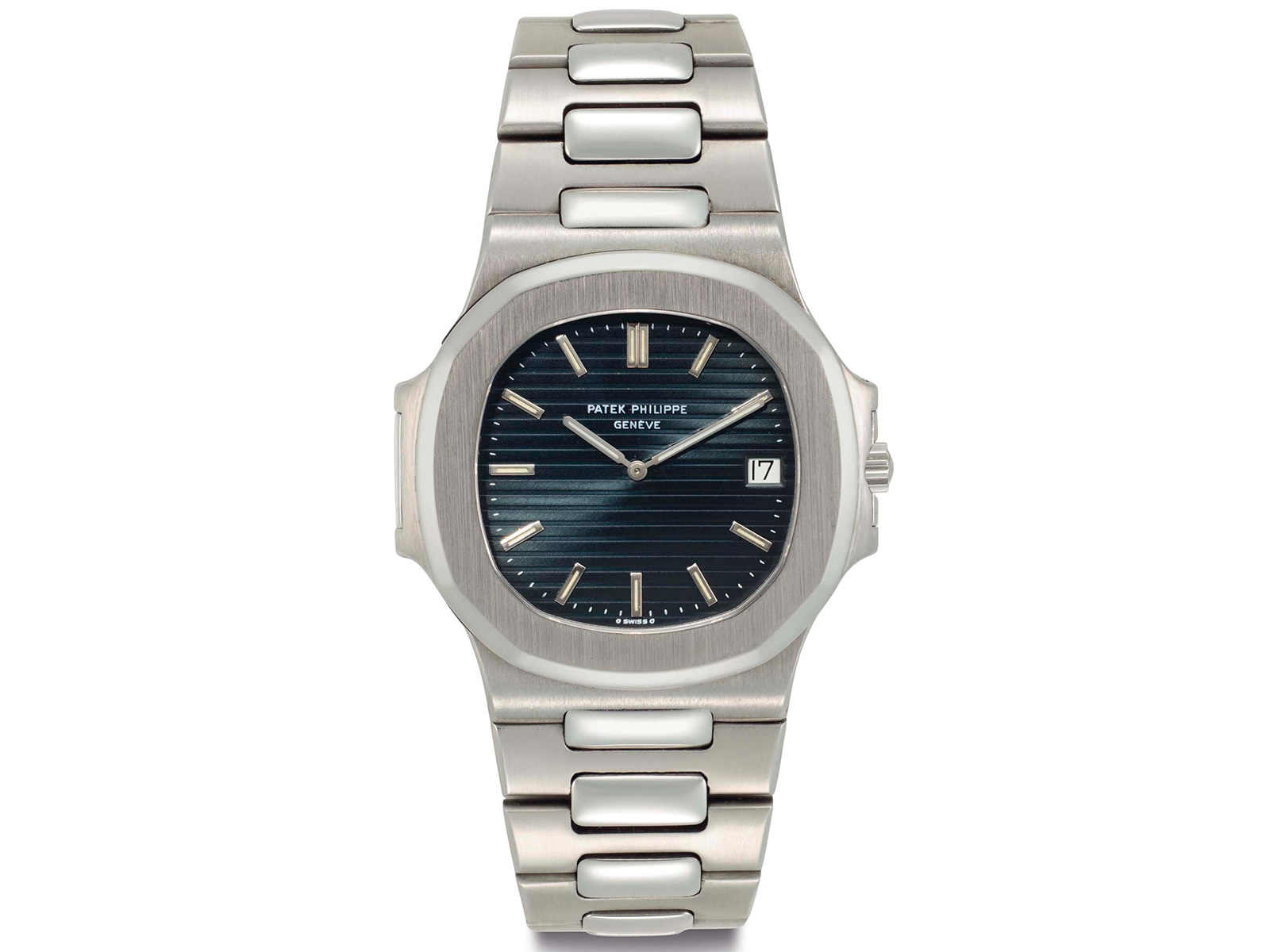 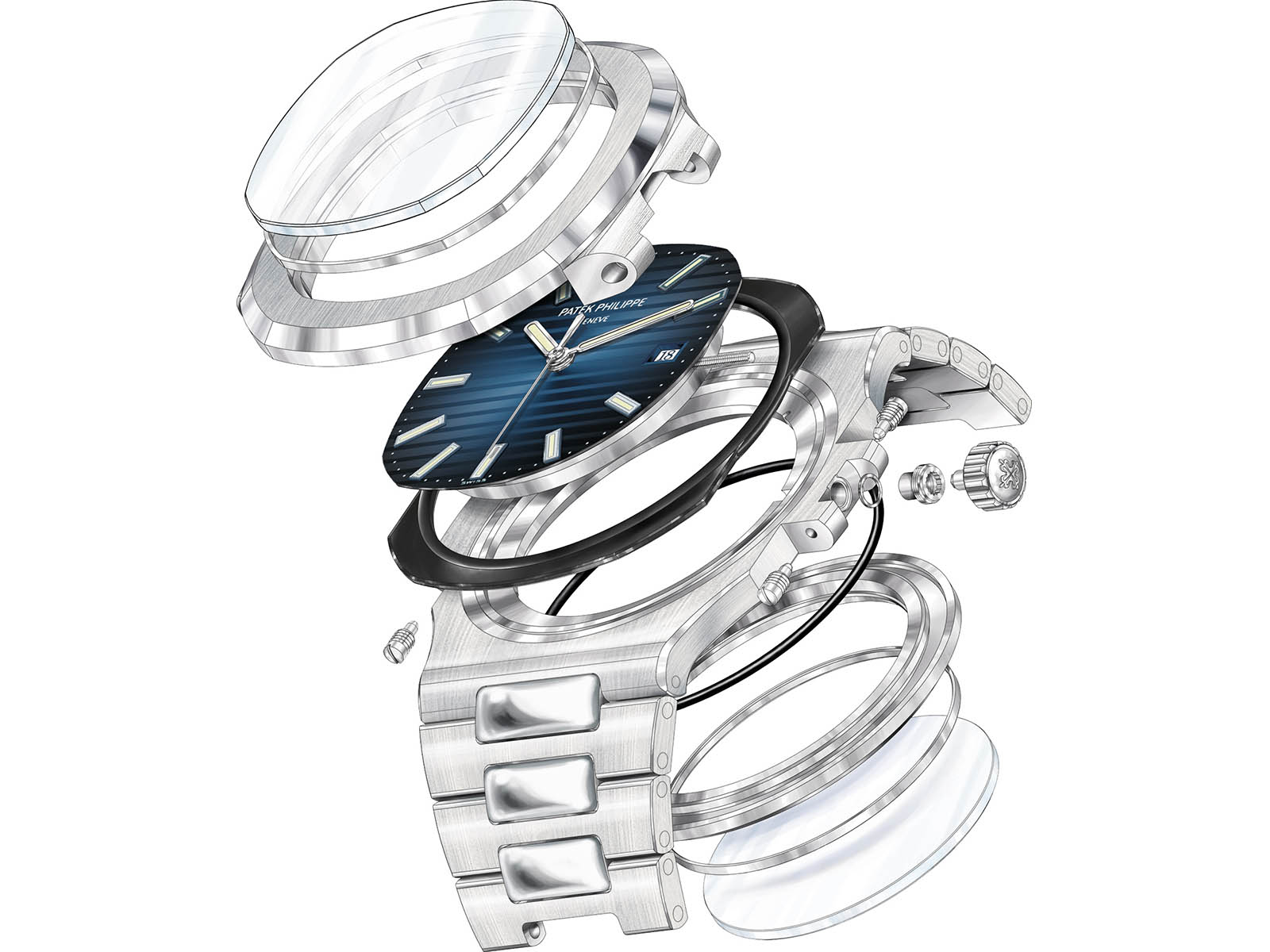 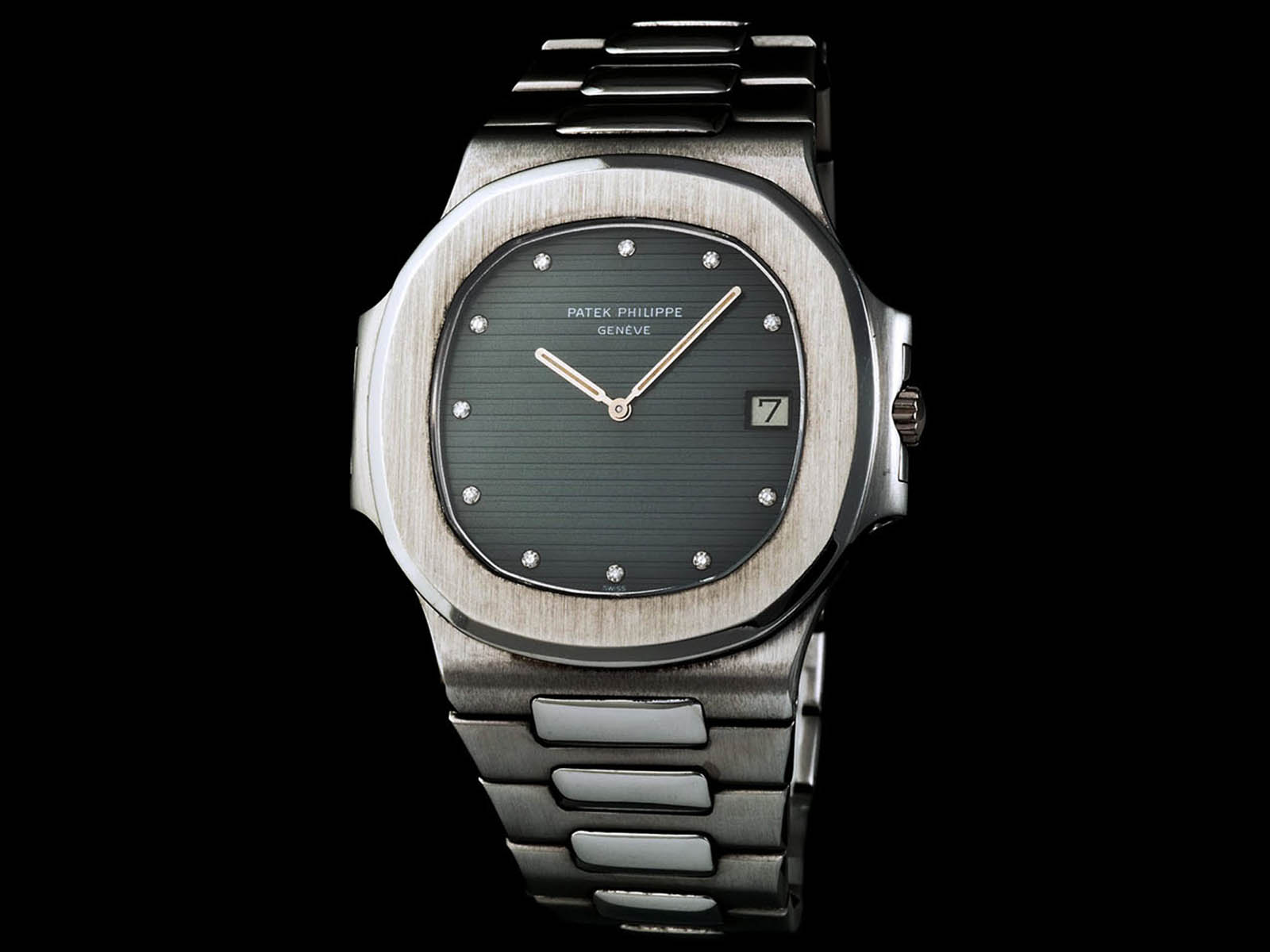 After the successful sales of Patek Philippe Nautilus Ref. 3700, the first Nautilus produced in 1981 was the Ref.4700. This women's watch, with a 27mm diameter gold case and a Quartz caliber, was the introduction of Nautilus to the opposite sex. 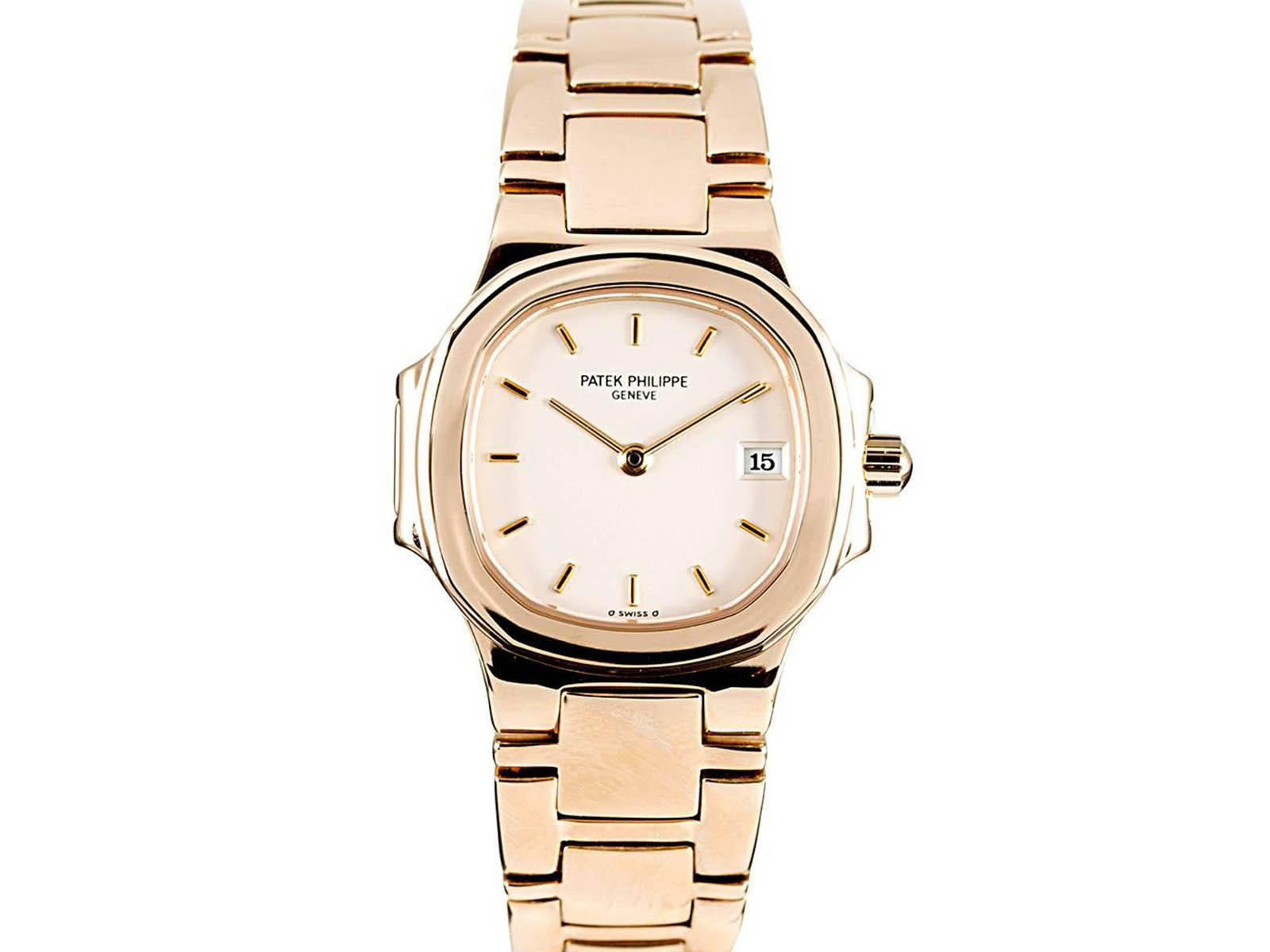 The first model, which was a continuation of Ref. 3700, was the Ref. 3800. The Jumbo size of 3700 was still not acceptable for some users. Patek launched the 3800 with a smaller case diameter to turn this situation into an opportunity. The 3800 had a solid stainless steel case with a diameter of 37.5mm. Besides the case, the movement inside was also different. In addition to the JLC 920, the models equipped with the automatic Caliber 335 SC manufactured in-house also included a central second hand. Patek Philippe was also not satisfied with this so, even smaller, 33mm diameter, Quartz Caliber Ref. 3900 was launched in the same year. 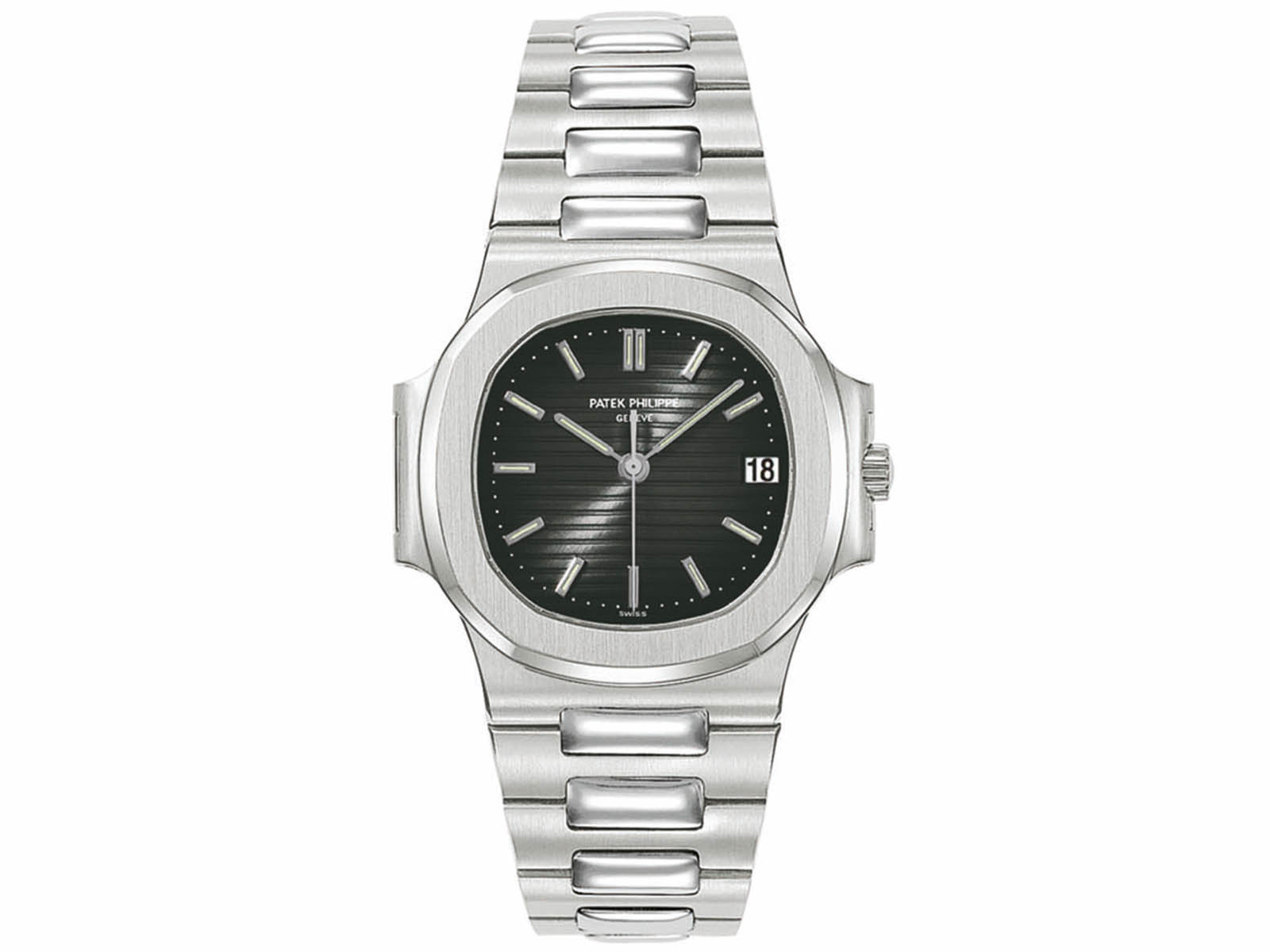