When IWC Schaffhausen introduced the Ceramic Fliegerchronograph (Ref. 3705) in 1994, it was not a great success. Made of black ceramic, this interesting watch was considerably more expensive than its stainless steel version. Moreover, it does not have an in-house movement, which was on the agenda even at that time, as the caliber used in it was a modified Valjoux 7750. As a result of all these cons, Ref. 3705 was only produced for a few years. When the model was discontinued, fewer than 2,000 watches were produced. 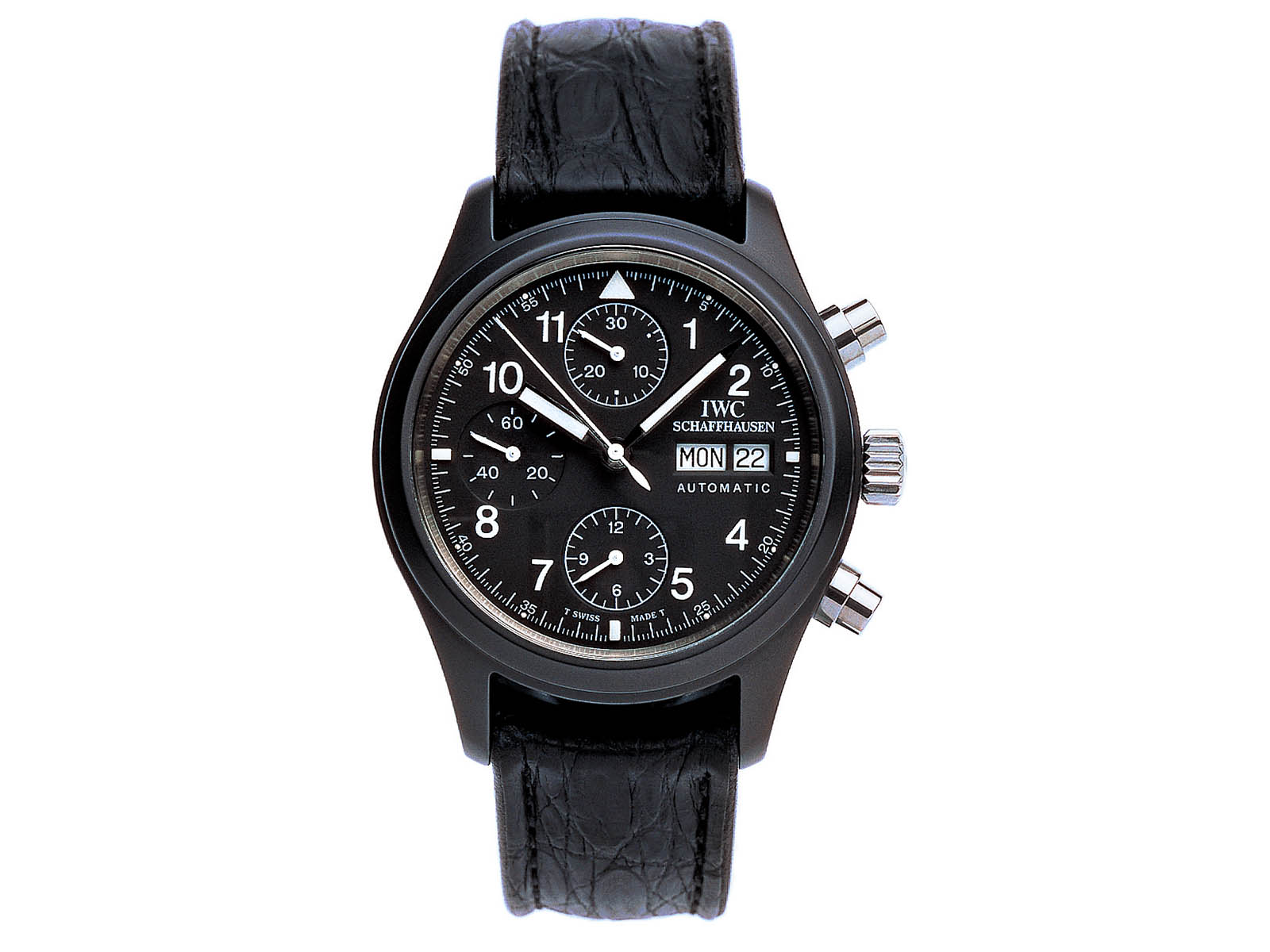 However, the interesting dynamics of the vintage watch market did not let the Ref. 3705 disappear among the dusty pages of history. With its yellow Tritium markers and jet black case, collectors started to place this model, a neo-classic of its period, at the top of their to-buy lists. The point where Ref. 3705 has reached today has been understood more clearly with the sale of an auctioned sample in 2018 for USD 53,750. 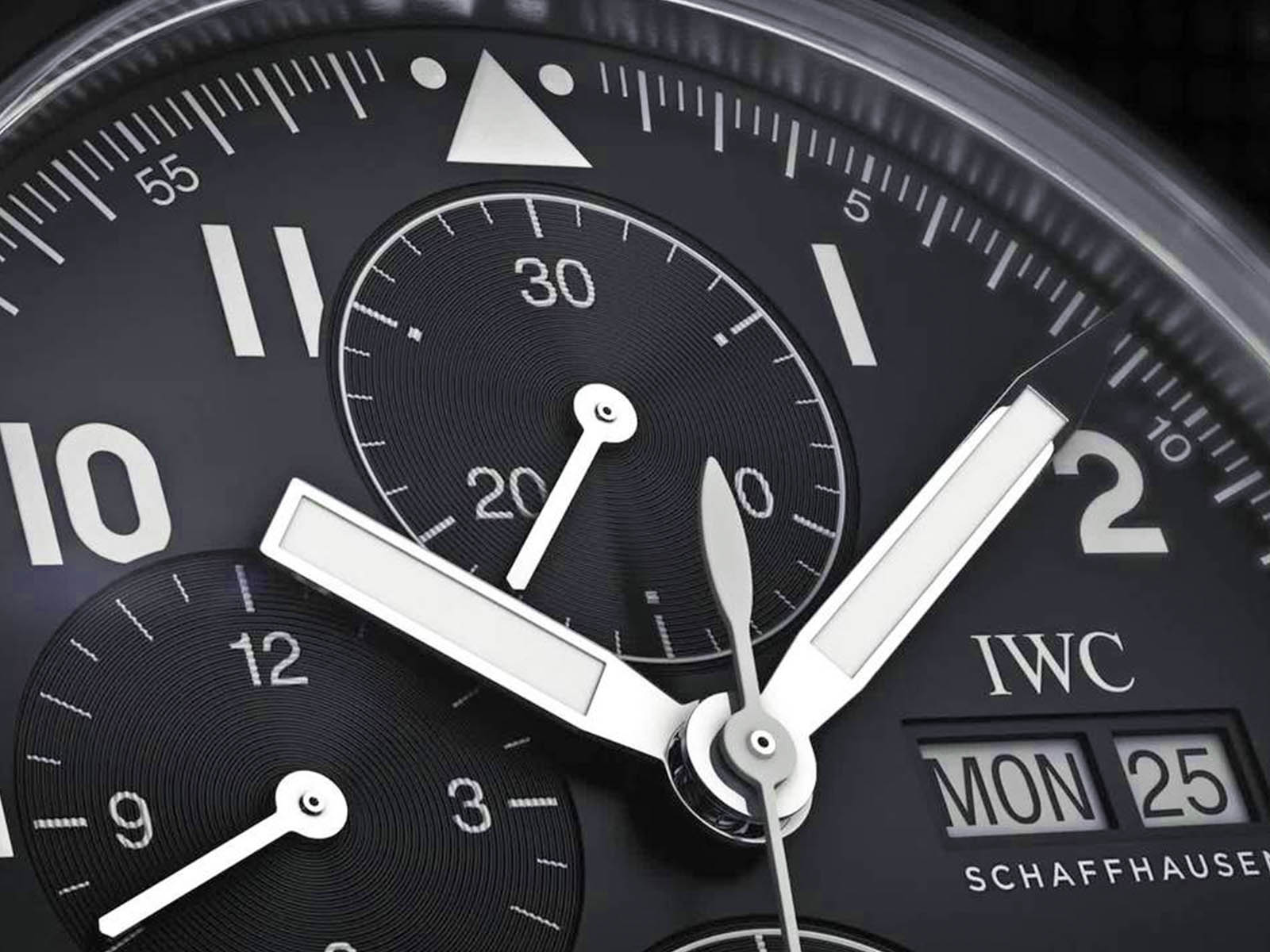 Of course, while all these developments were taking place, IWC, the creator of the model, could not be expected to remain indifferent to the subject. The brand, which is the most important representative of classic pilot watches in modern times, once again brought this special model to the agenda with the IWC Pilot's Watch Chronograph Edition "Tribute to 3705" (Ref. 387905). Thematically loyal to the original model, the new version has already won the hearts of watch enthusiasts with its advanced technology features in terms of technique and material. 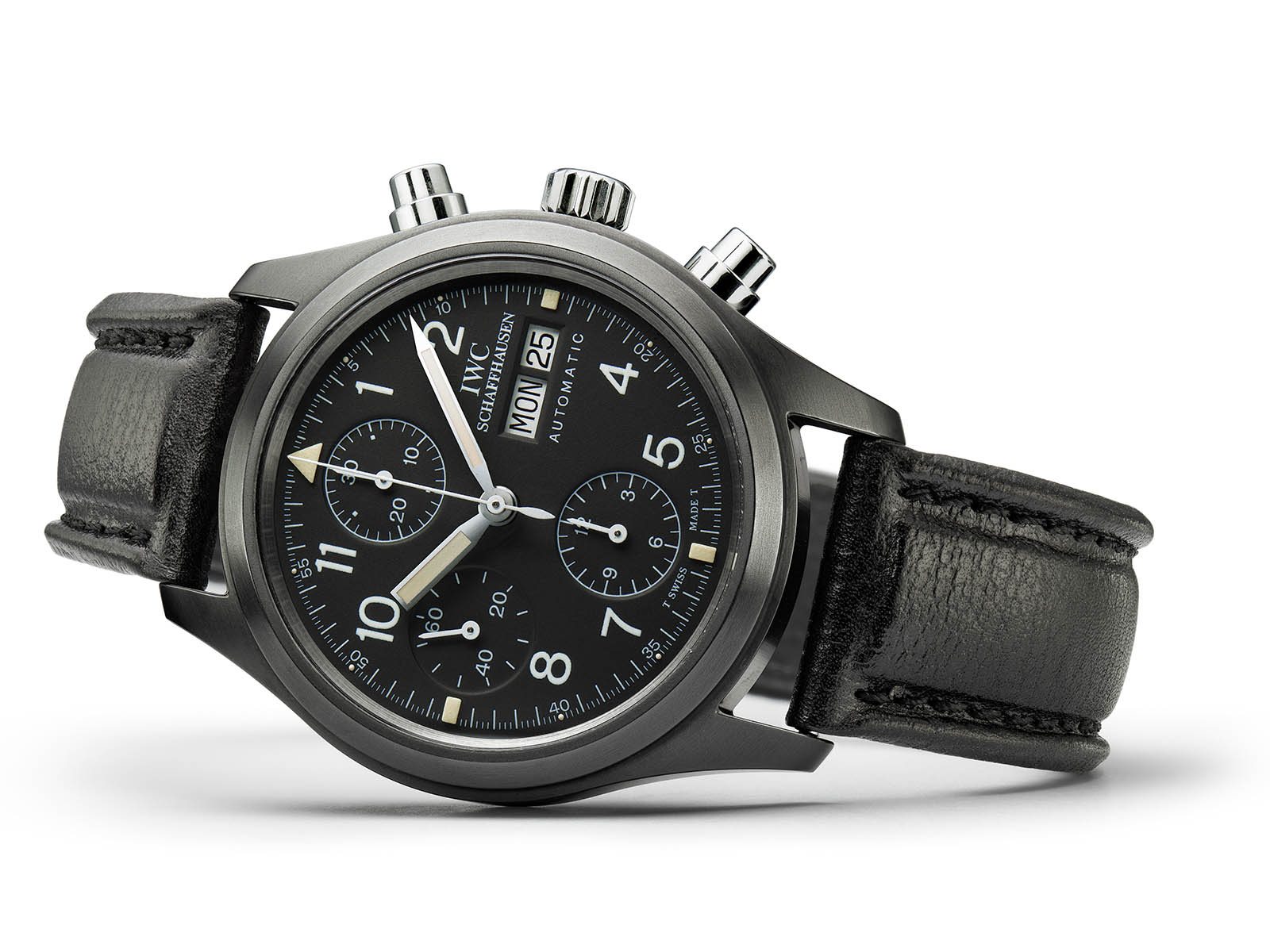 The new model comes in a case measuring 41mm in diameter and 15.3mm in height. Ceratanium, one of the new generation materials of IWC, is used instead of ceramic in the construction of the case. This material, which is completely developed within the brand and can be defined as a titanium/ceramic alloy, stands out with its lightness and durability. The matte black case is accompanied by a crown, chronograph pushers and case back made of the same material. The case, which is resistant to 60 meters of water pressure, features a sapphire crystal glass with an anti-reflective coating on the front side. Designed to be resistant to sudden pressure changes, the case is also not affected by magnetic environments thanks to the soft iron cage inside. 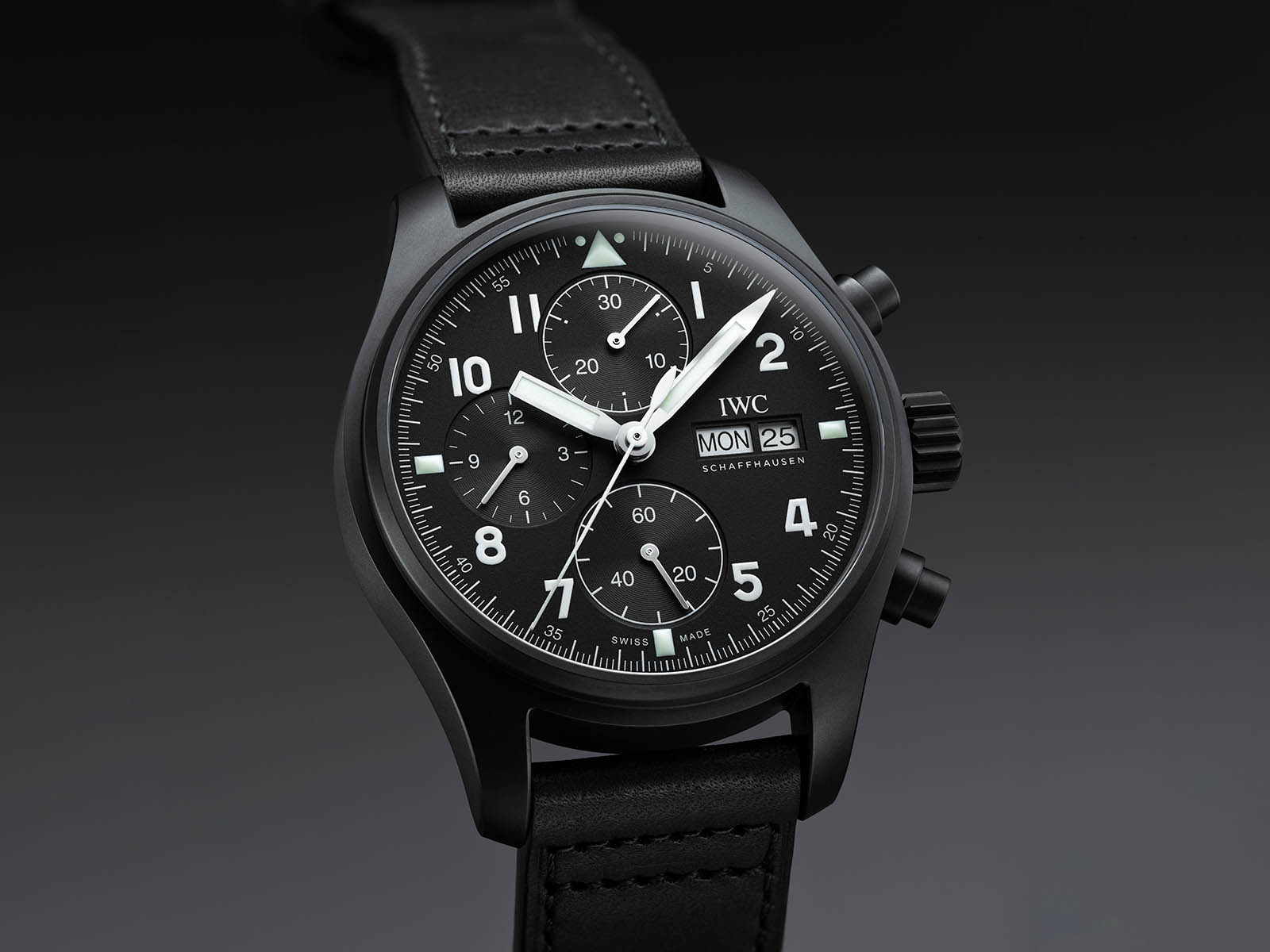 The Retro-Inspired model is accompanied by a matte black dial that draws attention with its grainy surface form. Thanks to the Super-LumiNOVA coated indices and hands on the dial designed in the Tri-Compax chronograph layout, sufficient legibility is provided in dark environments. The day and date display is located at the 3 o'clock position of the dial. 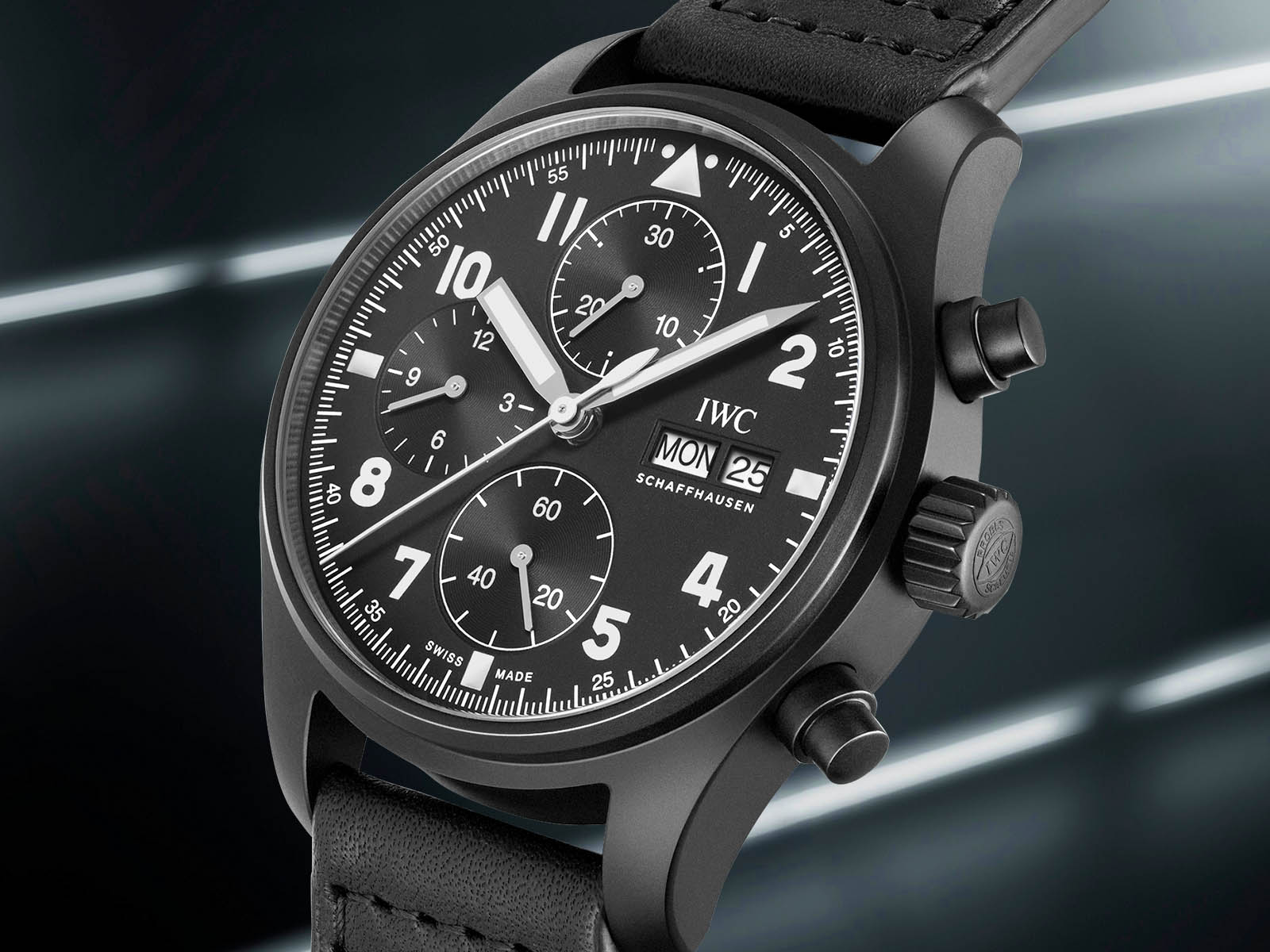 The new model beat by the Caliber 69380 movement, which the brand designed and produced in-house. 33-jewels automatic movement oscillates at a frequency of 4Hz (28.800vph) and offers up to 46 hours of power reserve when fully wound. In addition to timekeeping, the movement features day, date, and column-wheel chronograph functions. 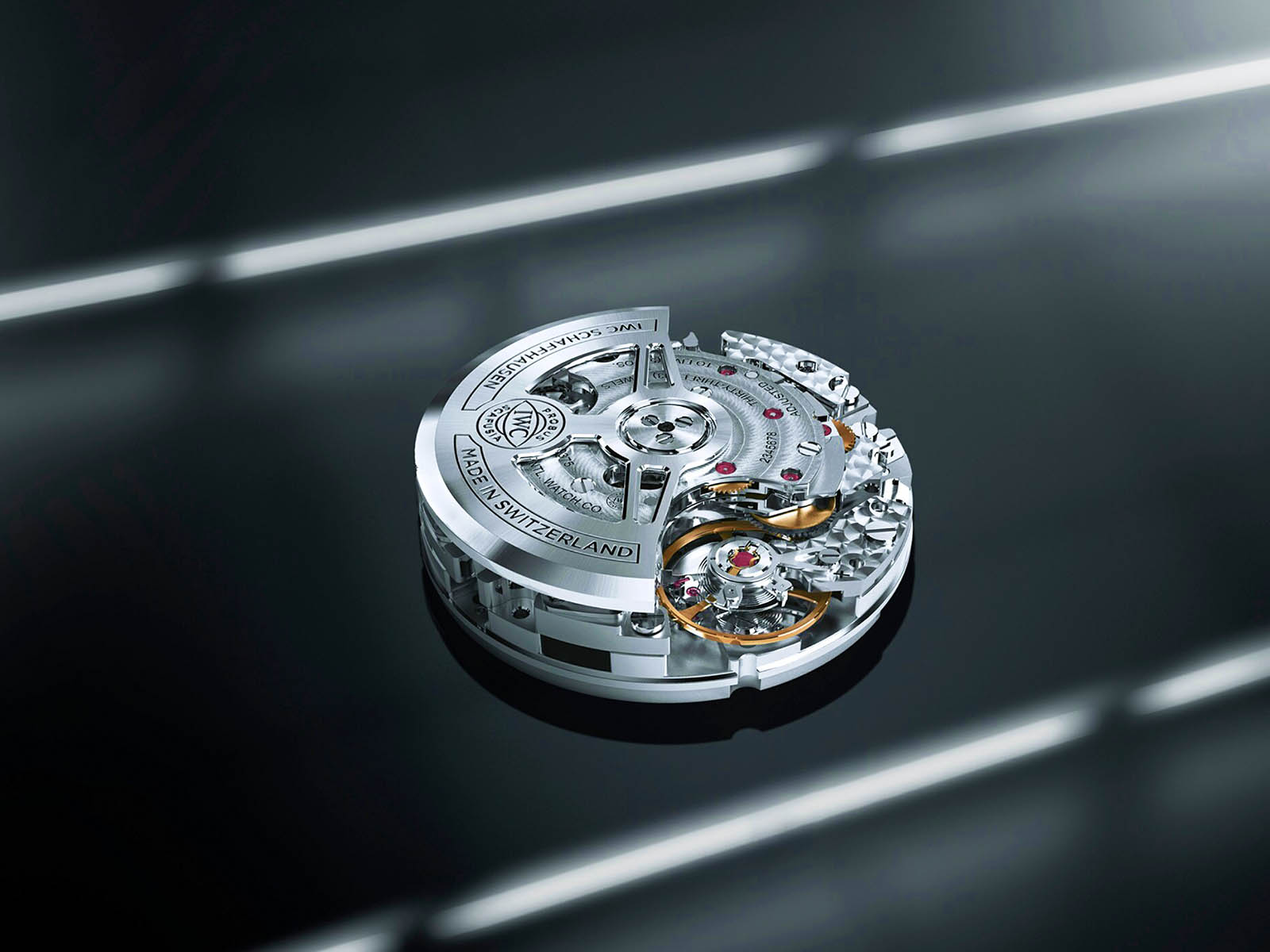 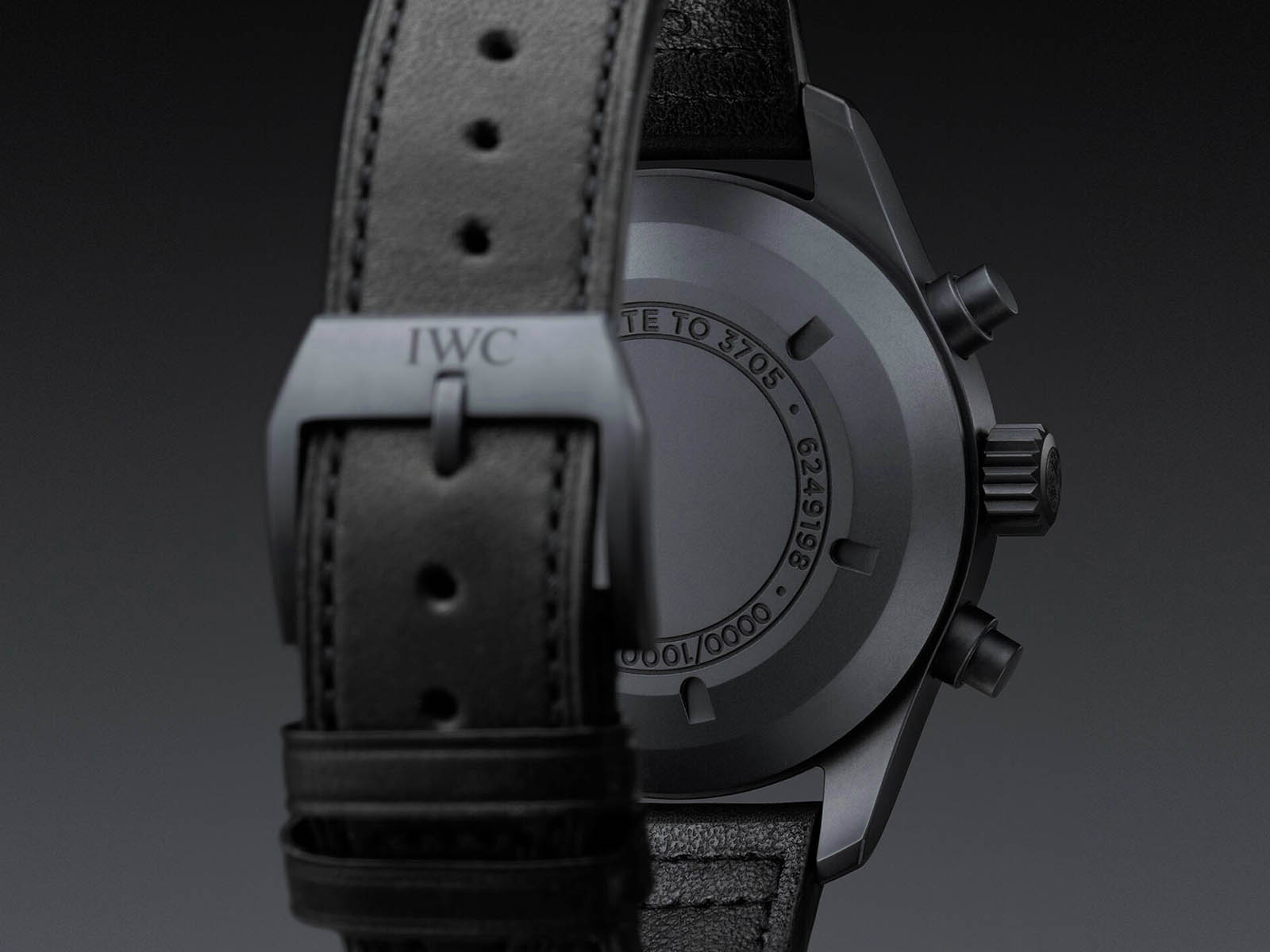 The model, which is limited to only 1000 units, is planned to reach sales points in March. The list price for the model is EUR 12,800.