One of the latest examples designed within the still-famous Re-Issue and Heritage concepts had come from IWC Schaffhausen a few months ago. The Swiss watchmaker introduced a Re-Issue version of its classic Mark XI model from 1948 which is also known as the one of the building stones of its iconic “pilot watch” concept. Here we are with the IWC Pilot’s Watch Tribute to Mark XI (Ref.IW327007) model. 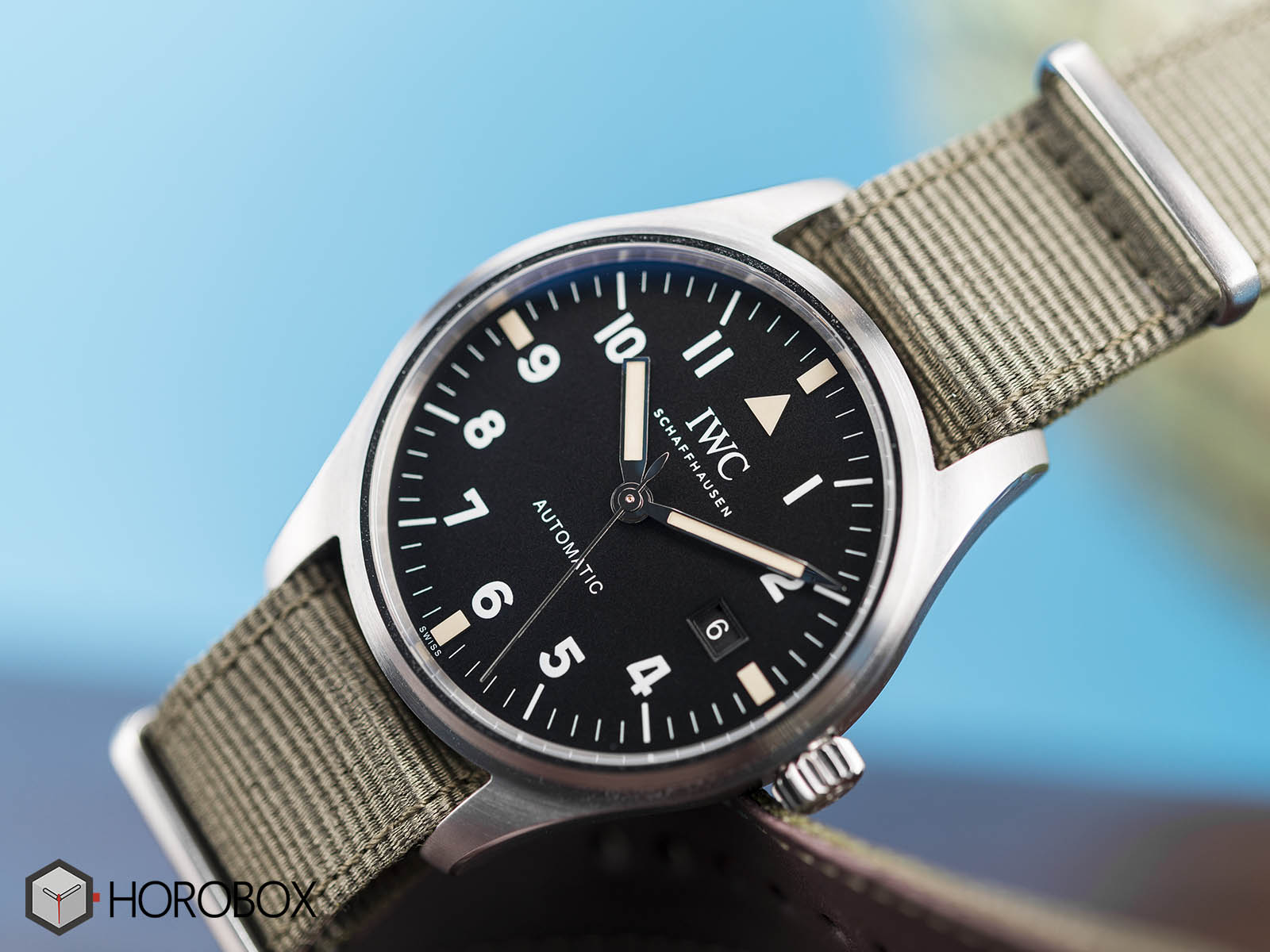 IWC, among the major brands of the Swiss watch industry, owes a significant portion of its success to the pilot watches collection which is a fixed product line for a long time. Being arguably the most recognized brands in terms of pilot’s watch models, IWC begun its adventure with the release of the Mark XI model in 1948.

In SIHH 2016, the brand has won the great popularity of watch enthusiasts with its collection of pilot watches that have been completely renewed. The model family, which continued to exist among the product groups of the brand without distracting from the basic character of the Mark XI model produced in 1948, was presented to the watch aficionados with the latest model Mark XVIII. Mainly focused on the renewed Da Vinci Collection for 2017, IWC released a few new models from the other collections through the year. IWC Pilot’s Watch Tribute to Mark XI (Ref.IW327007) is one of them which we have here today for a detailed review. 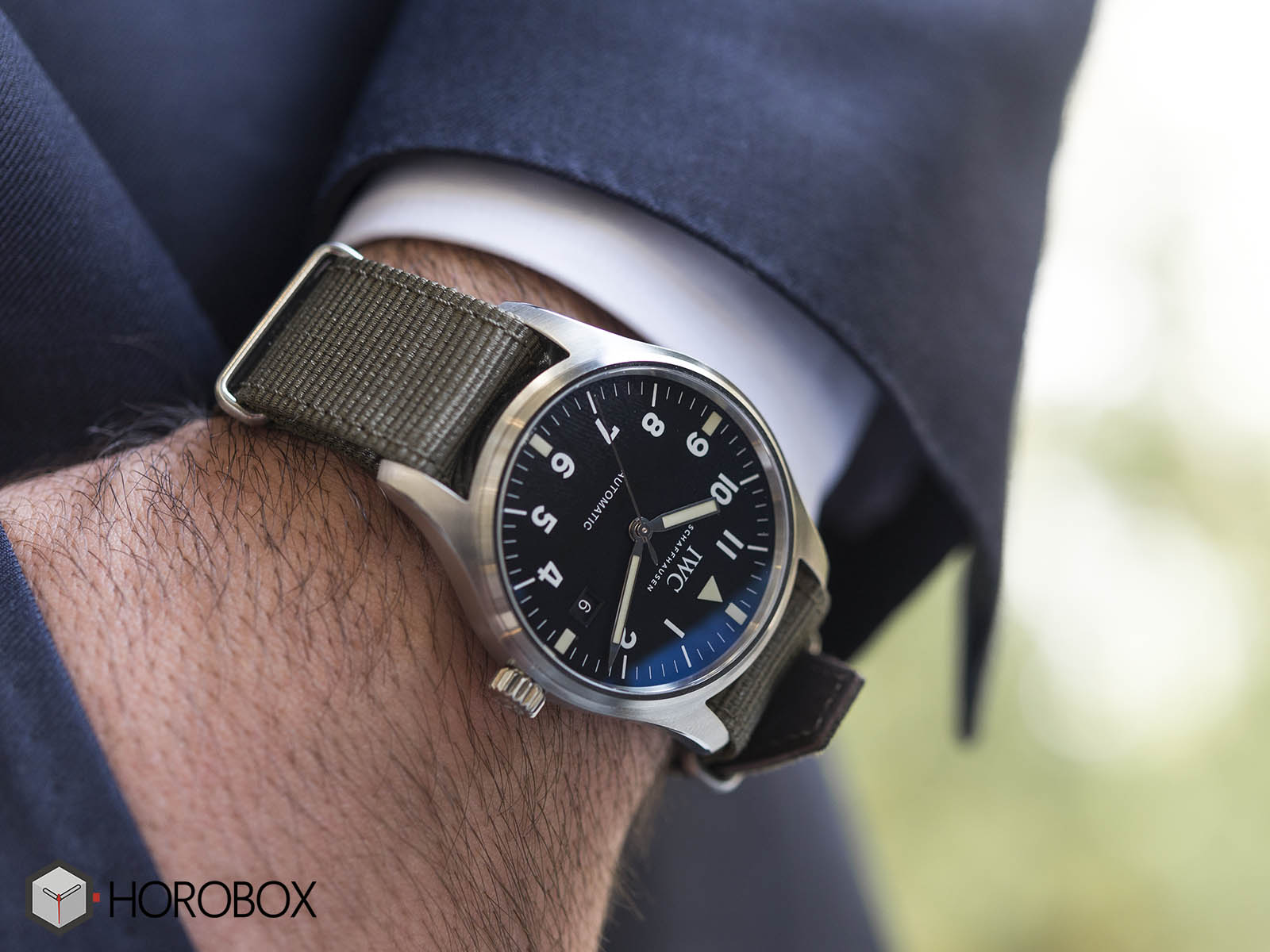 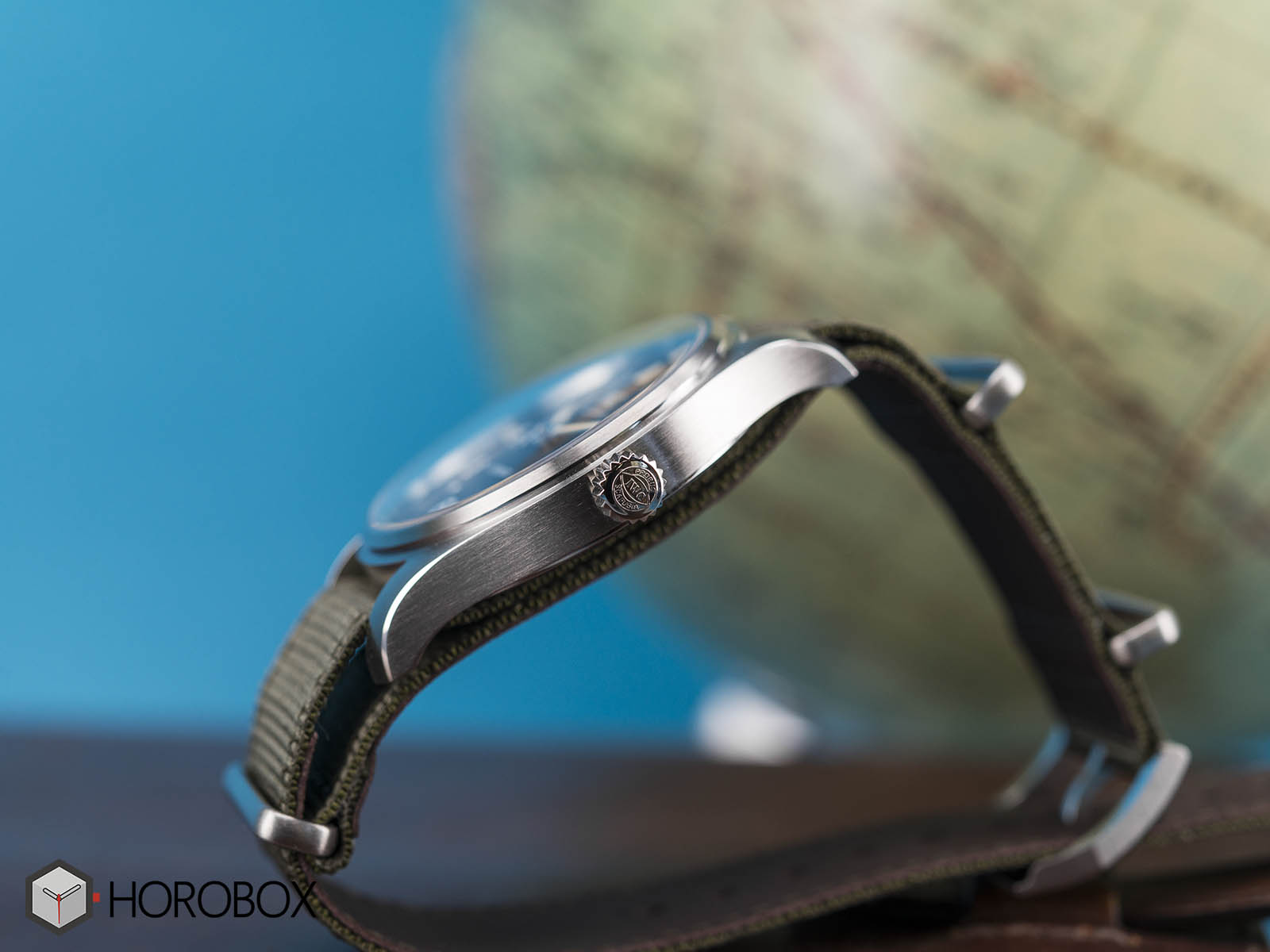 Upon its first release back in July, the new model was available through the Harrod’s in London for the first three months. Afterwards, the model was delivered to the IWC boutiques around the globe. We had the opportunity to review this beautiful timepiece at the brand’s stylish boutique located in Nişantaşı – Istanbul.

The new model, which bears great resemblance with the original version of 1948, is offered in a stainless steel case measuring 40mm in diameter and 10.8mm in height. The case is fully matt finished and it is water resistant to 60 meters which is a slightly weaker value in today’s standards. Equipped with an AR coated scratch resistant sapphire crystal on the front side and a solid caseback at the rear side, the case also features a soft-iron shield for magnetic environments. 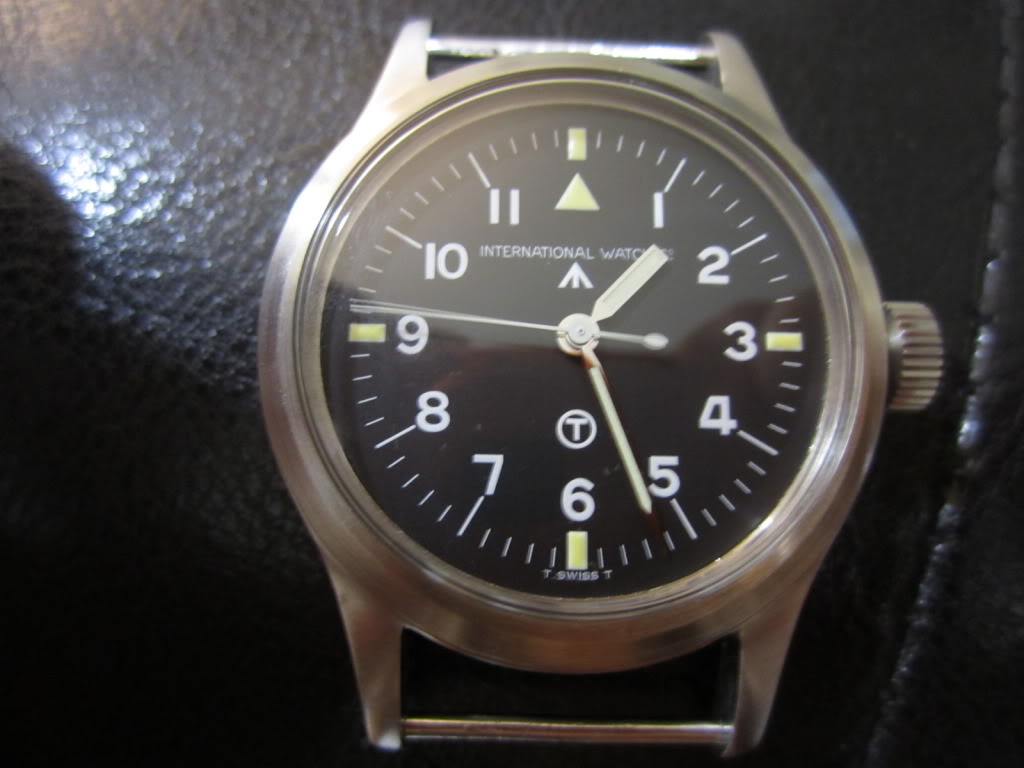 The dial of the new model also features similarities with the original version except a few details. At the first glance, the new model’s dial features the brand’s up to date logo while the original 1948 version bears the vintage logo. Many Re-Issue and Heritage models from different brands stay loyal to the timepieces they have been inspired by in terms of aesthetics and era-matching logo is one of those details. I am not sure why IWC preferred the current logo instead of the vintage one in such a classic timepiece like that. I would definitely like to see the vintage logo in this model and I am sure that many watch enthusiasts will say the same thing. 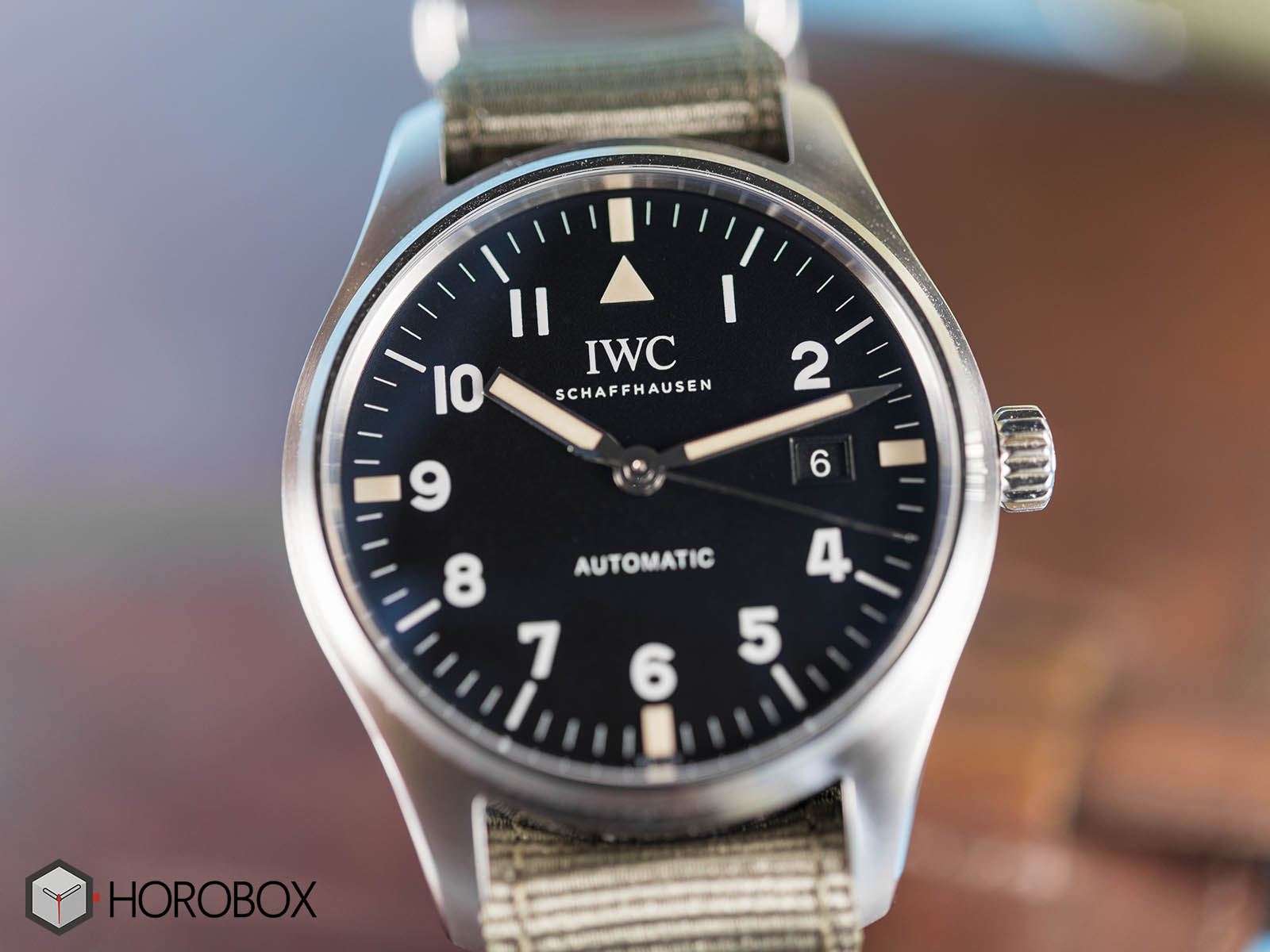 The other difference is the addition of the date display. Though I am not a big fan of date displays, I don’t state that for every watch I have here for a review as many watch aficionados find them pretty useful. But for such a historic design with a solid story, I would like to have the new version visually un-changed. Apart from those updates, the dial is arguably one of the best designs among the Re-Issue and Heritage concept remakes.  The classic triangle at 12 o’clock marker is there. The hand set’s design is identical to the original version’s one and the slightly darker SuperLuminova phosphor material adds a balanced vintage vibe. 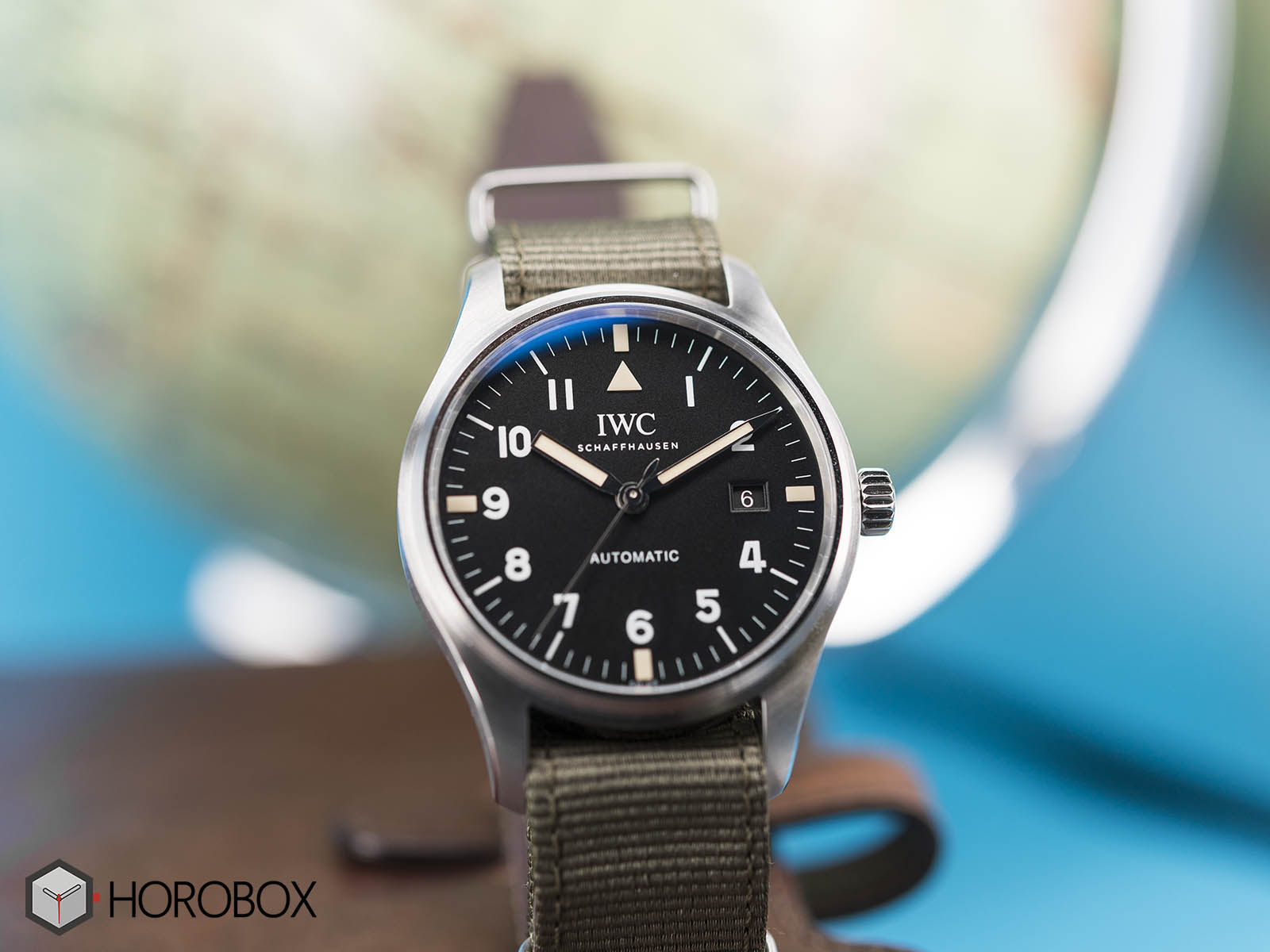 The new model ticks with the brand’s Caliber Ref. 35111. Based on the tested and approved Sellita SW300, the self-winding movement beats at 4Hz and offers a 42 hour power reserve when fully wound. 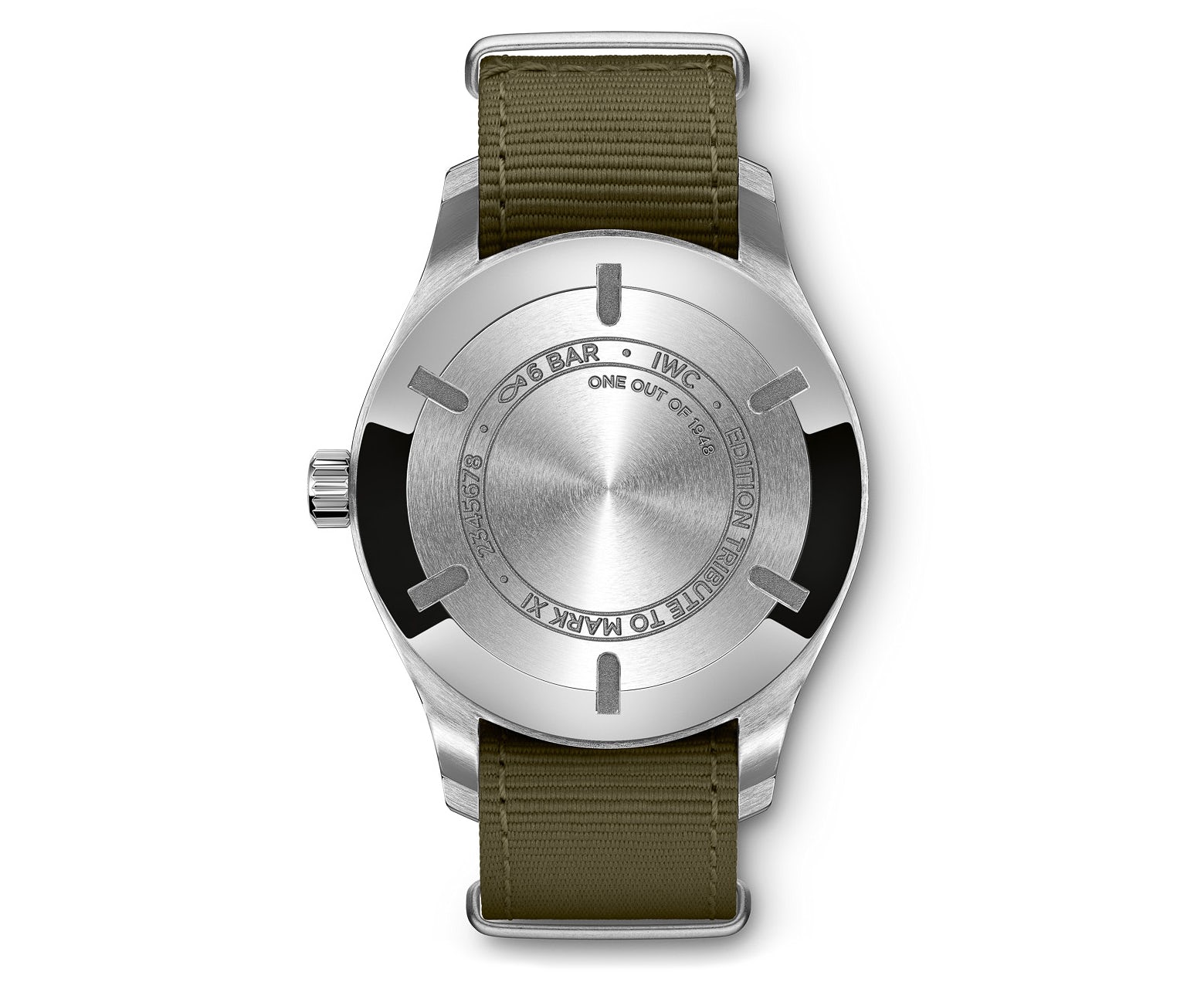 IWC Pilot’s Watch Tribute to Mark XI (Ref.IW327007) is offered on a green NATO strap and an IWC signed tang buckle made of stainless steel. The model is limited to a span of 1948 models only and available through the brand’s boutique. 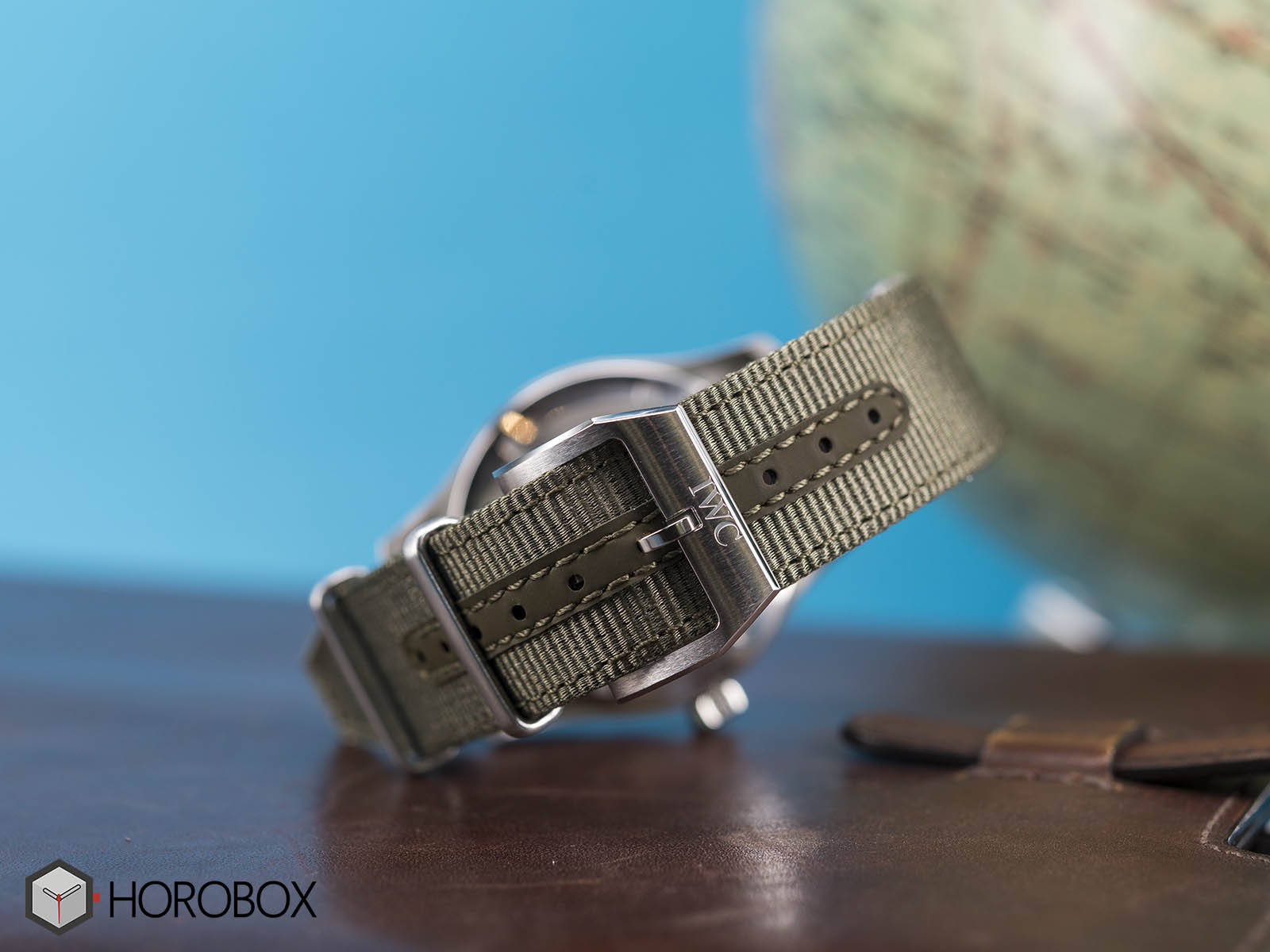 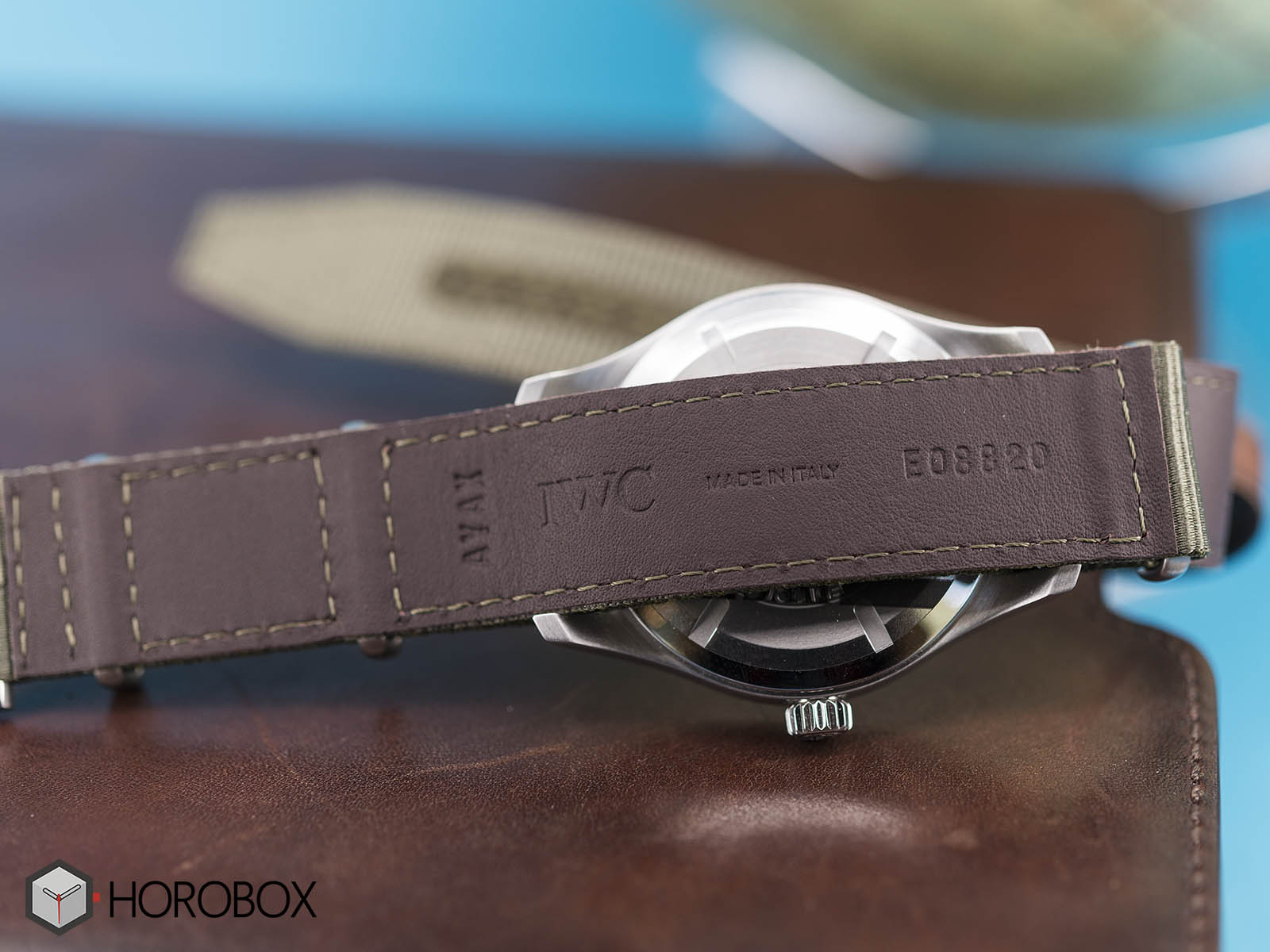 Of course, it is a great privilege to have the Mark XI model, which has an important place among the models that bring the brand to its current position, with the IWC’s technology and quality in today’s standards. Only one sample has been arrived to the IWC Nişantaşı Boutique and already delivered to its owner. If you are interested about the model, you better get in touch with IWC Turkey soon as we have been informed that a large part of that 1948 produced are already sold. 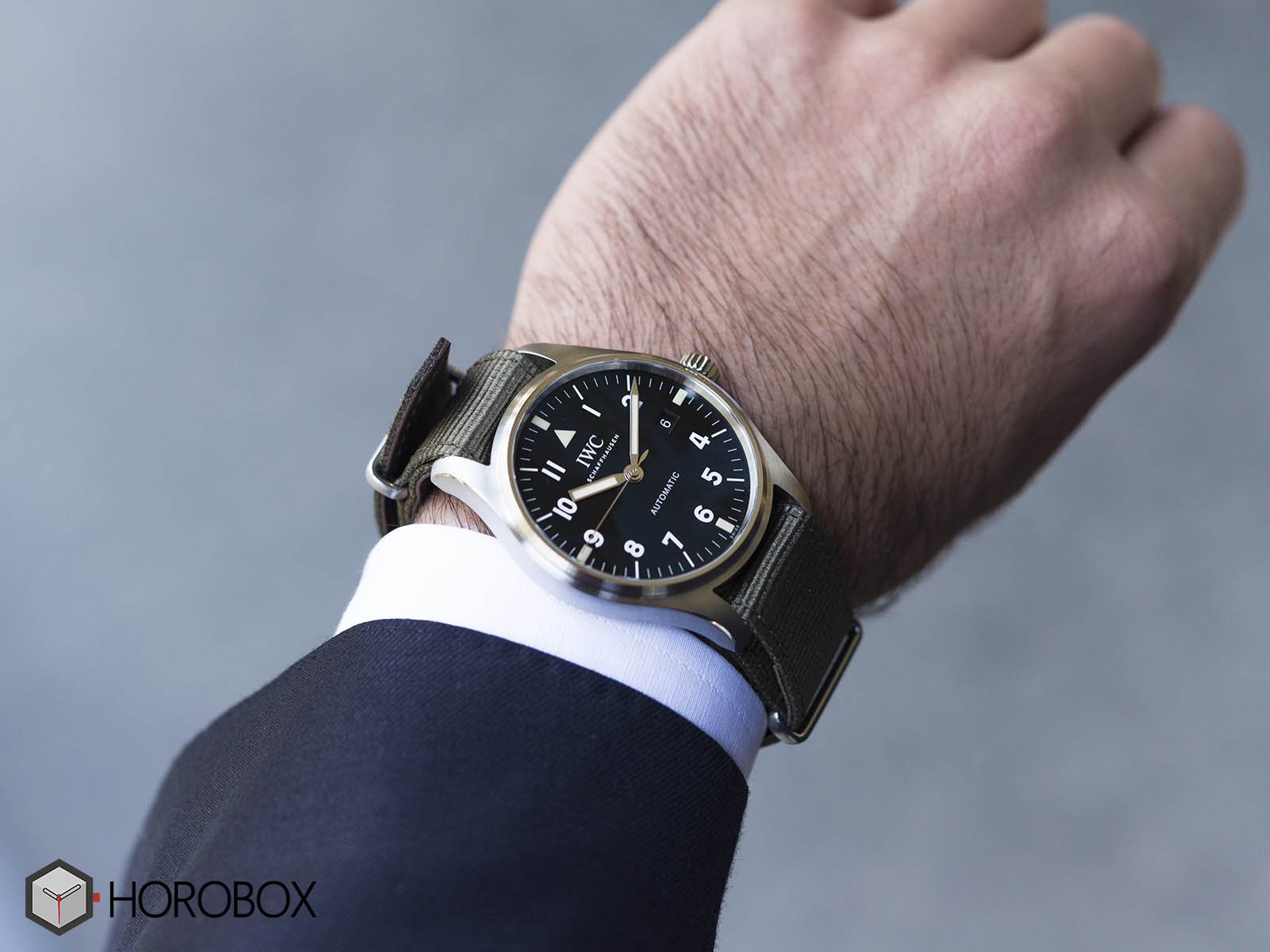