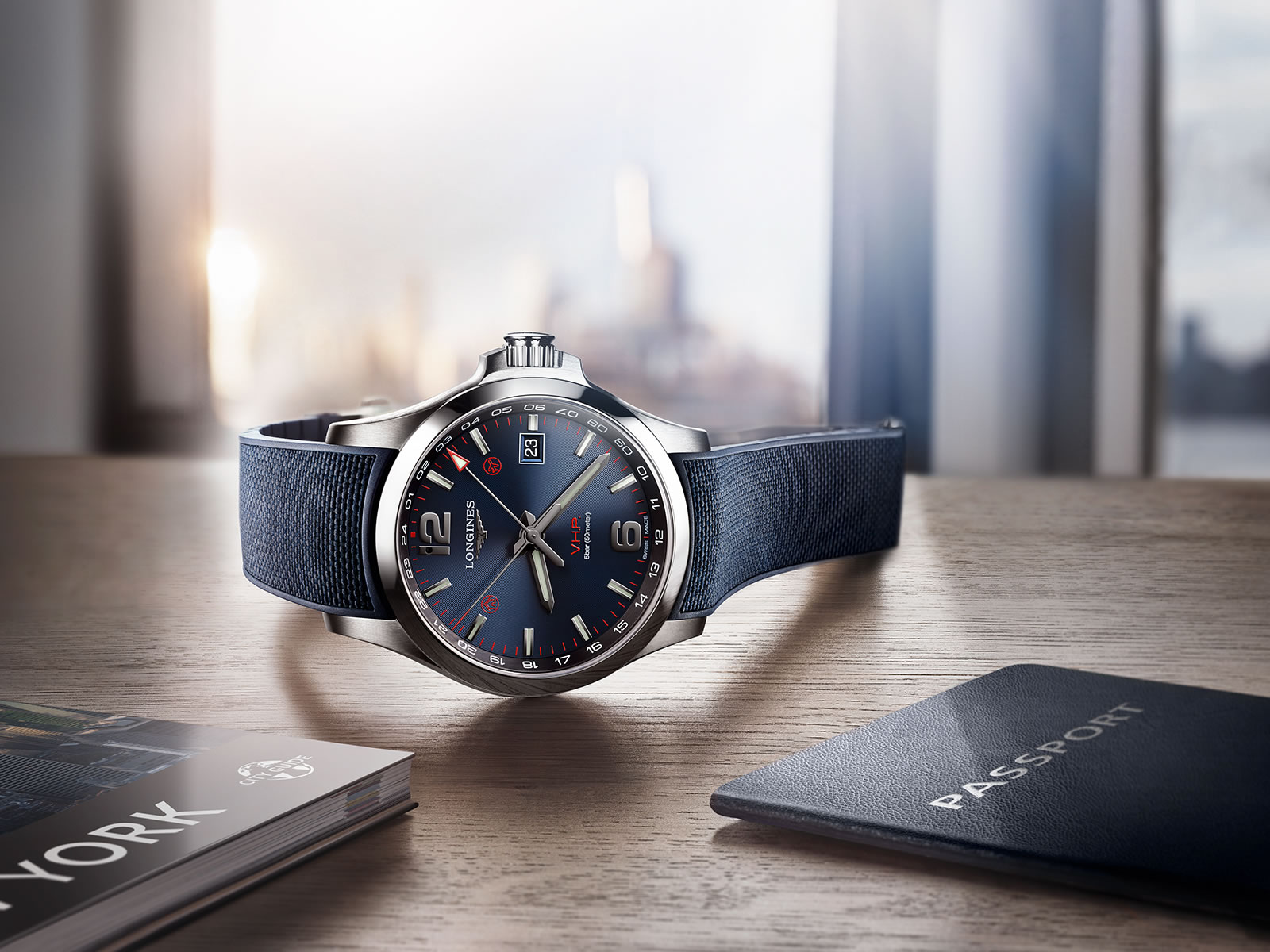 Longines, which continues its activities under the roof of Swatch Group, introduced a new series of models under its high-tech Longines Conquest V.H.P. (short for “very high precision”) Collection. The collection was initially added to the brands line-up last year and equipped with a cutting-edge technology Quartz movement manufactured by ETA exclusively for Longines. The movement was ultra-accurate with a 5sn/year deviation and equipped with a self-reset feature that resets the hands to display actual time when an impact or magnetic field exposure occurs. 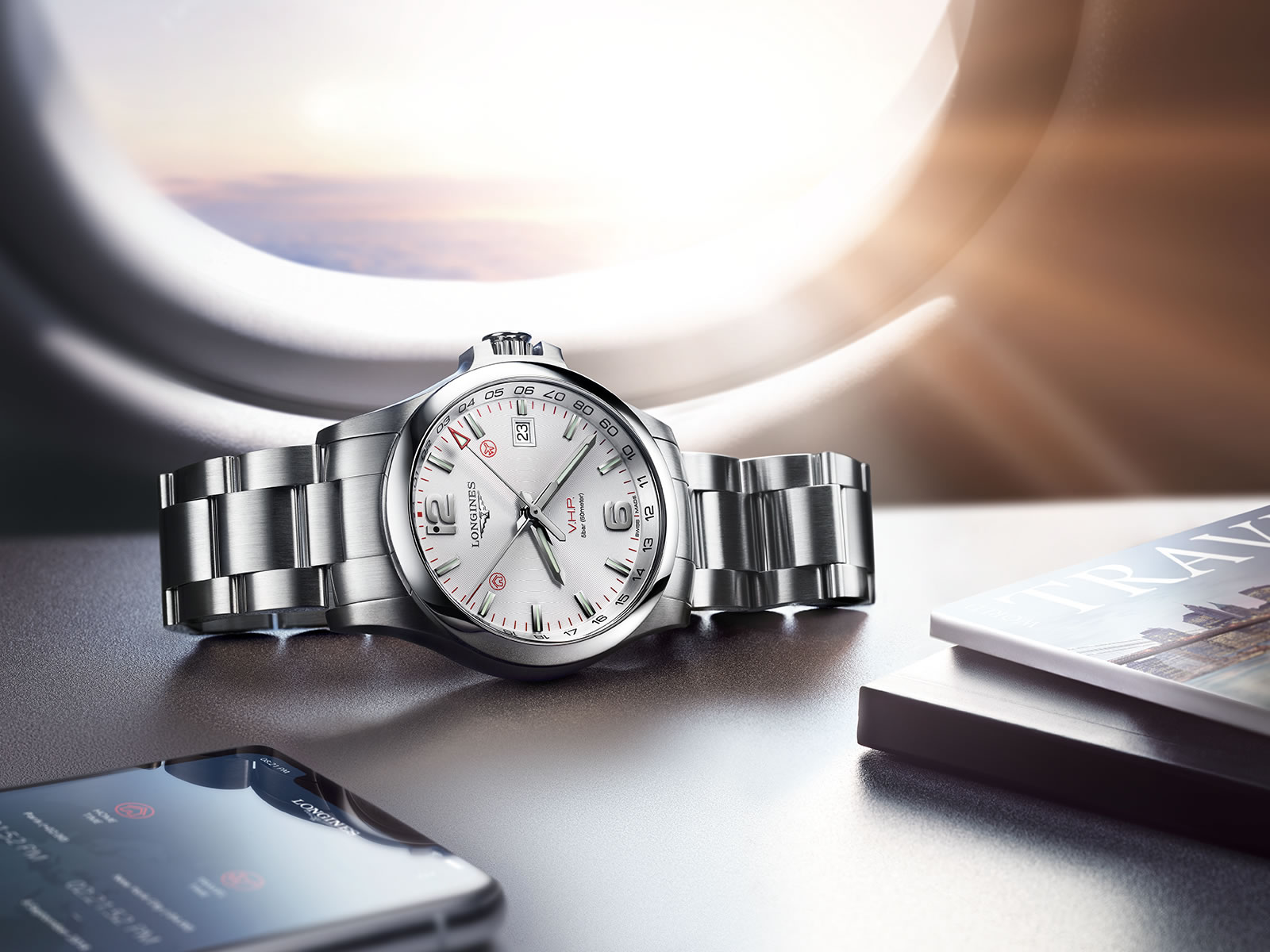 The famous brand introduced a new series of four models under the Conquest V.H.P. Collection designed in-line with the V.H.P. concepts hi-end character. The new model family is equipped with second time zone (GMT) feature added V.H.P. movements. But the interesting part is that the second time zone setting uses the flash of the paired smartphone instead of connections such as Wi-Fi or Bluetooth. 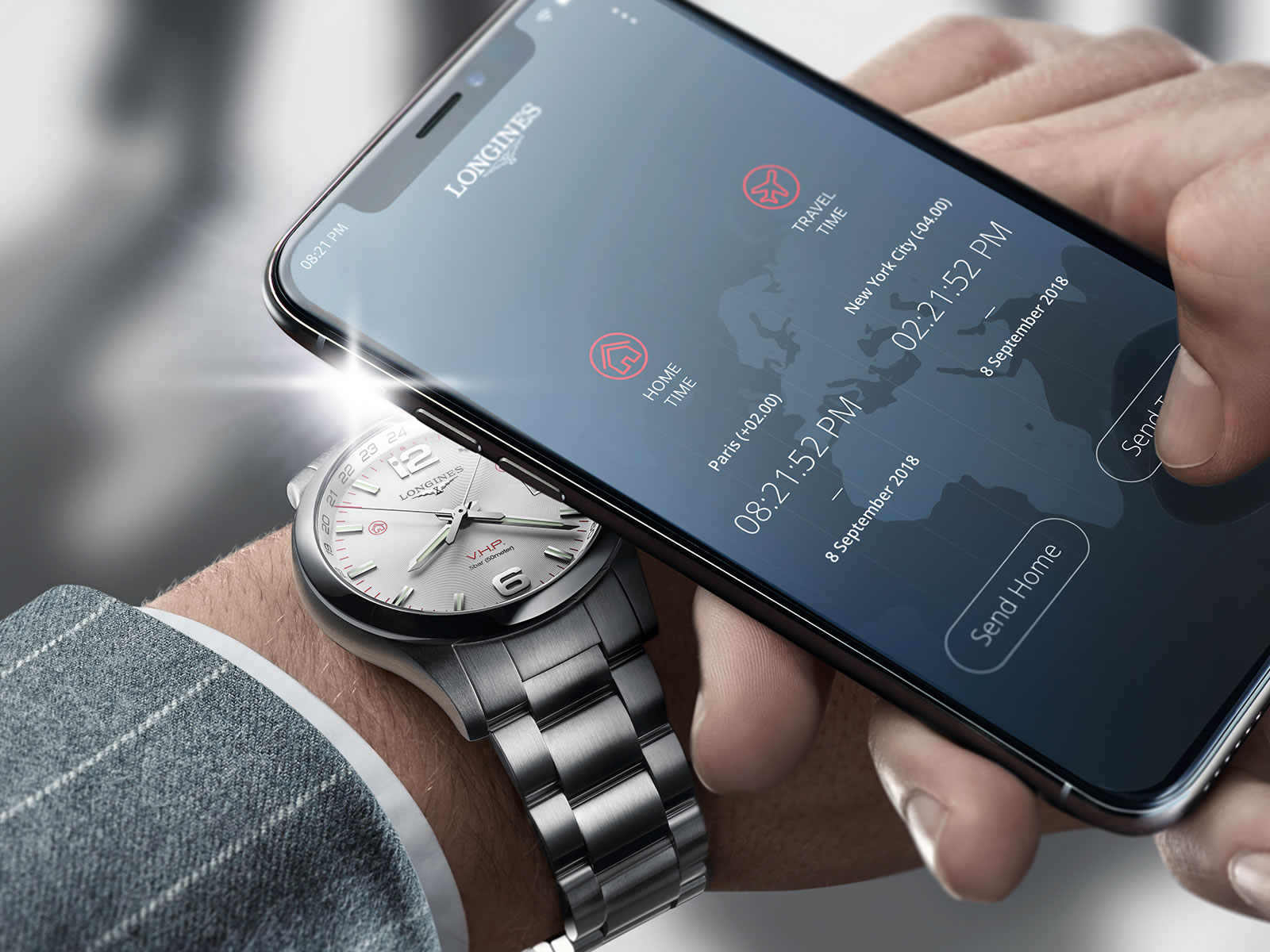 This function, called Flash Setting, conveniently sets local and home times with a dedicated smartphone app, without using the winding crown. The time information in the app is transmitted via light sequences emitted by the smartphone’s flash to a small sensor on the dial at 12 o’clock that decodes the flashes. 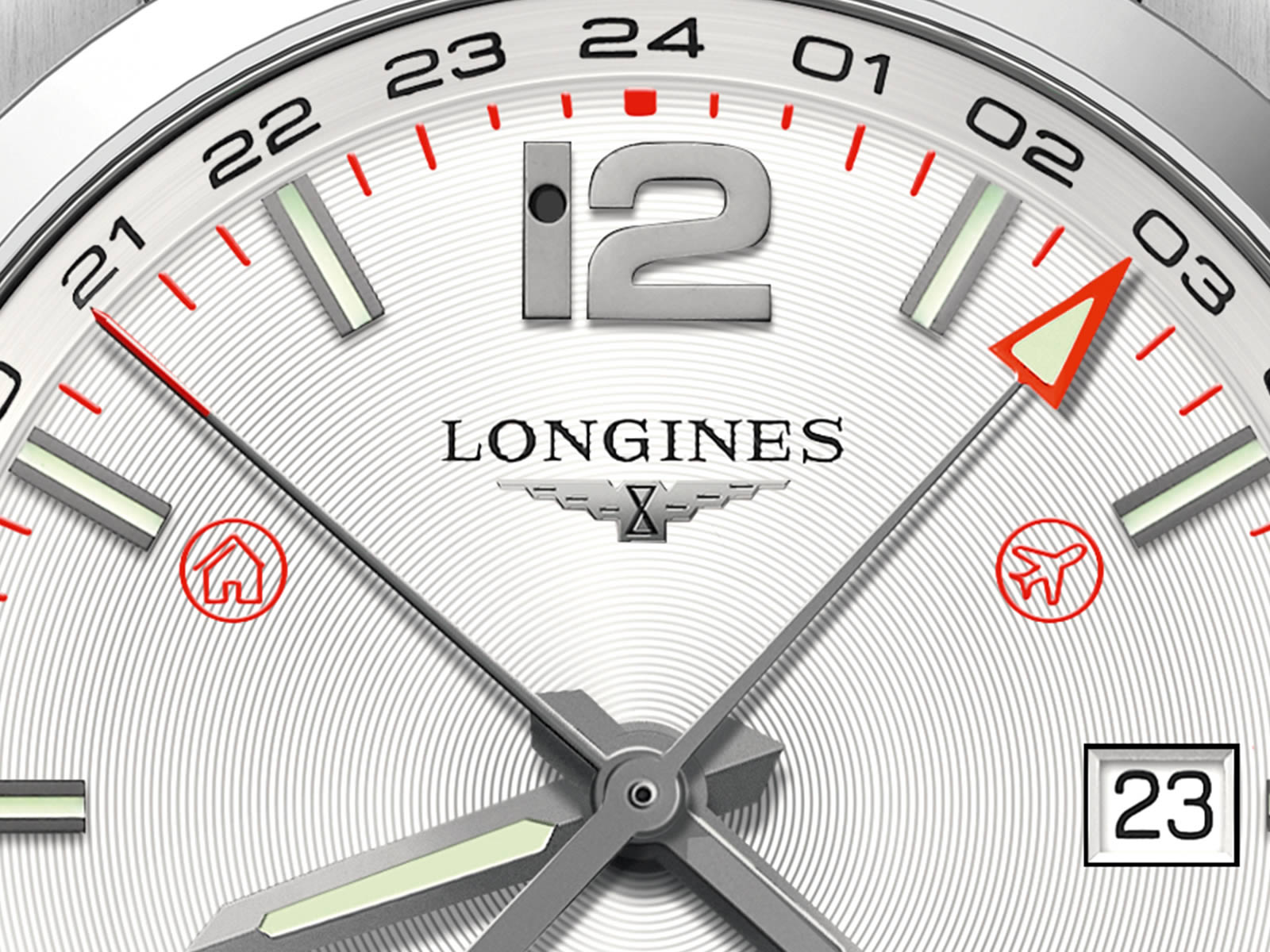 Behind all these high-tech features is the Caliber Ref. L287.2. The movement is capable of keeping time with an amazing accuracy of 5sn/year like the three-handed and chronograph versions introduced last year. Switching between the time zones by simply depressing the crown is also possible. 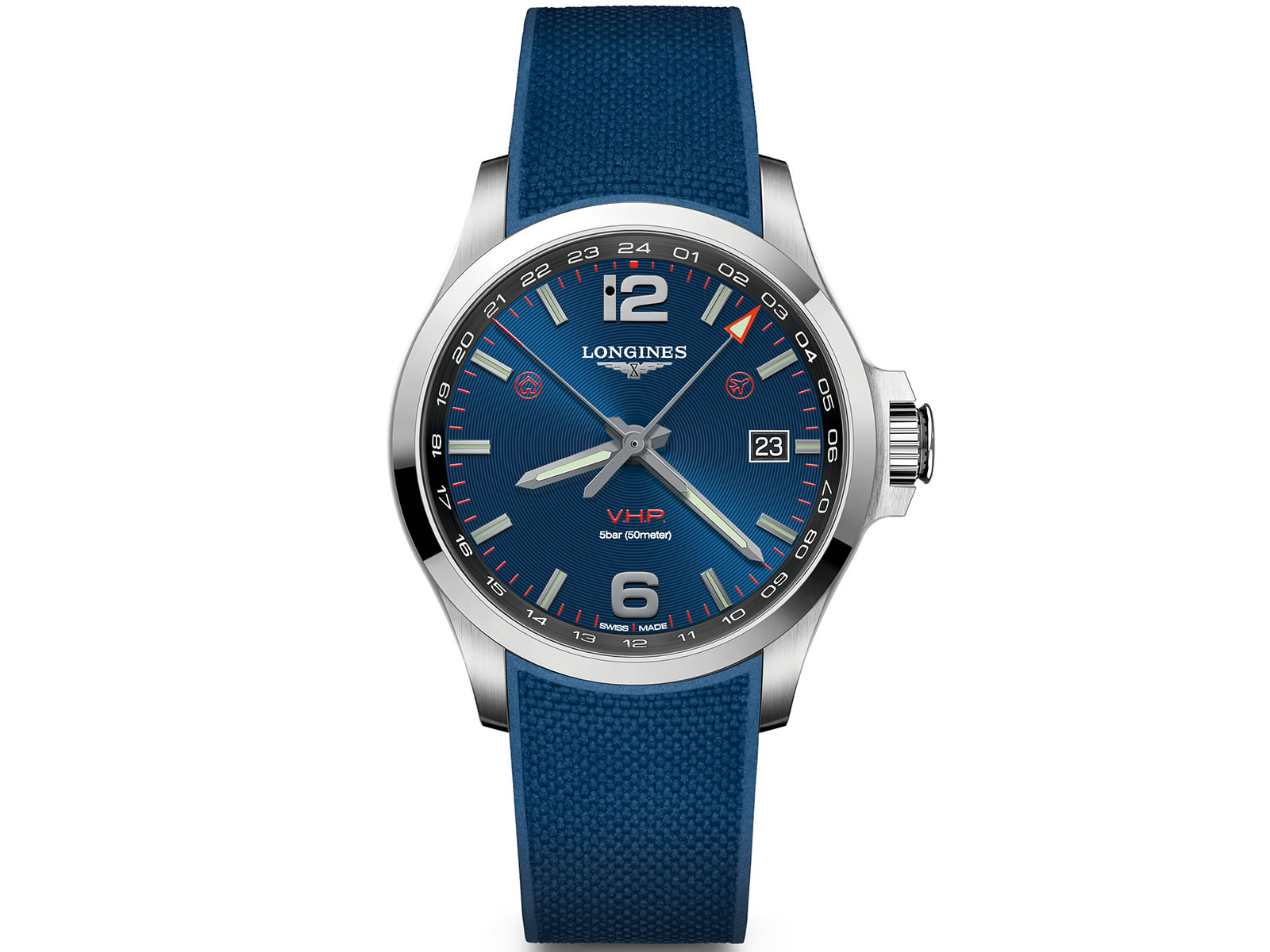 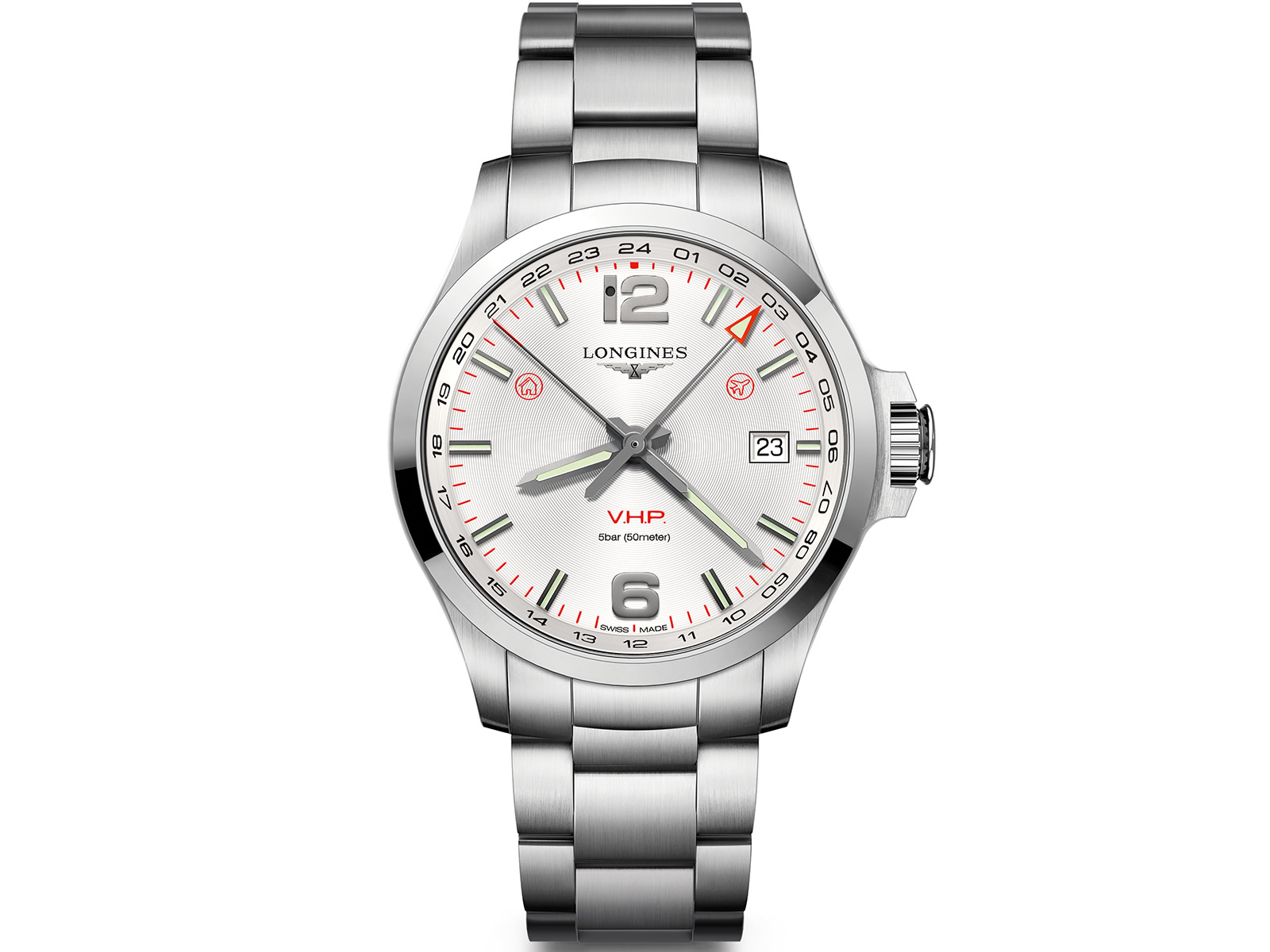 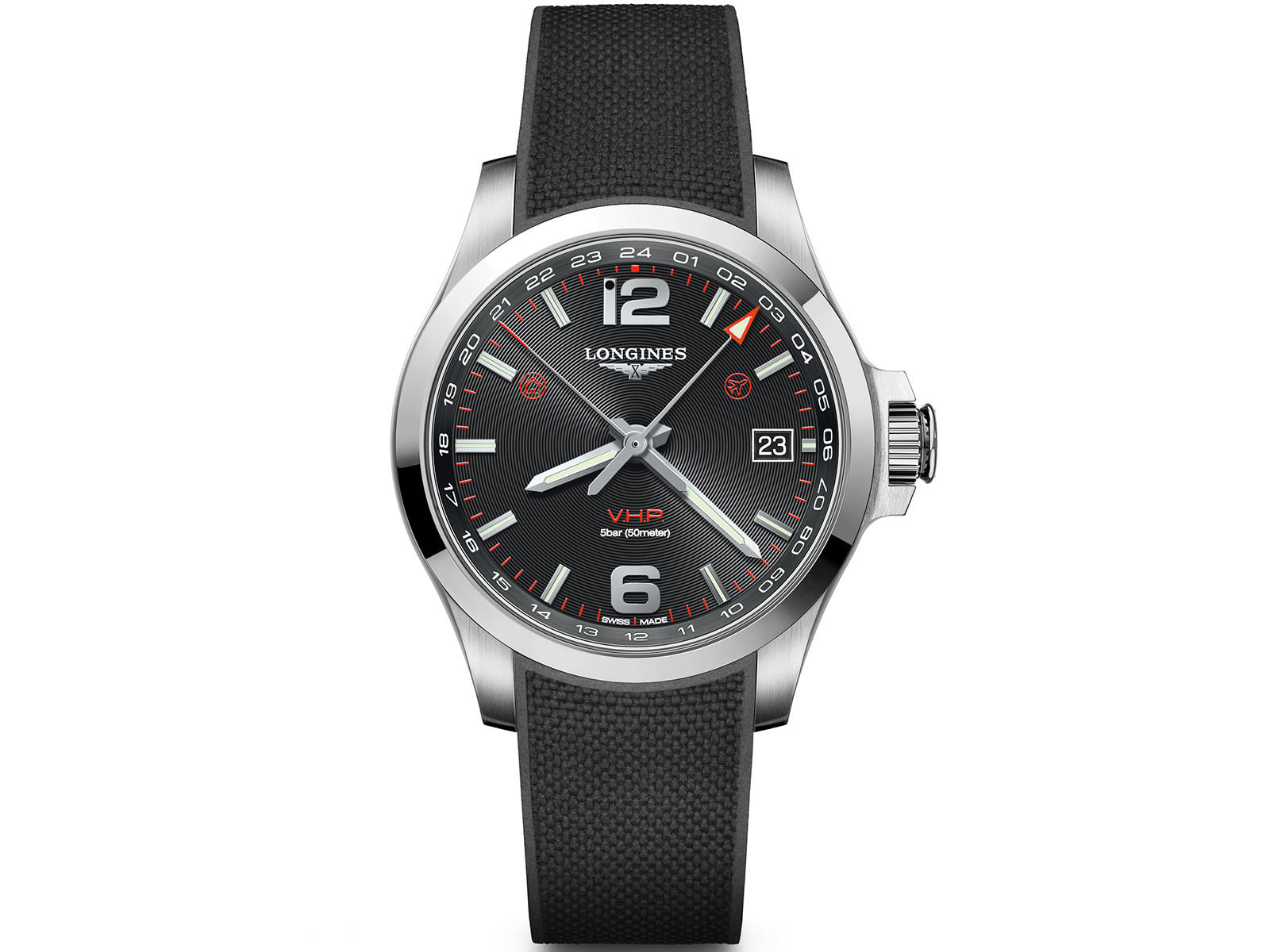 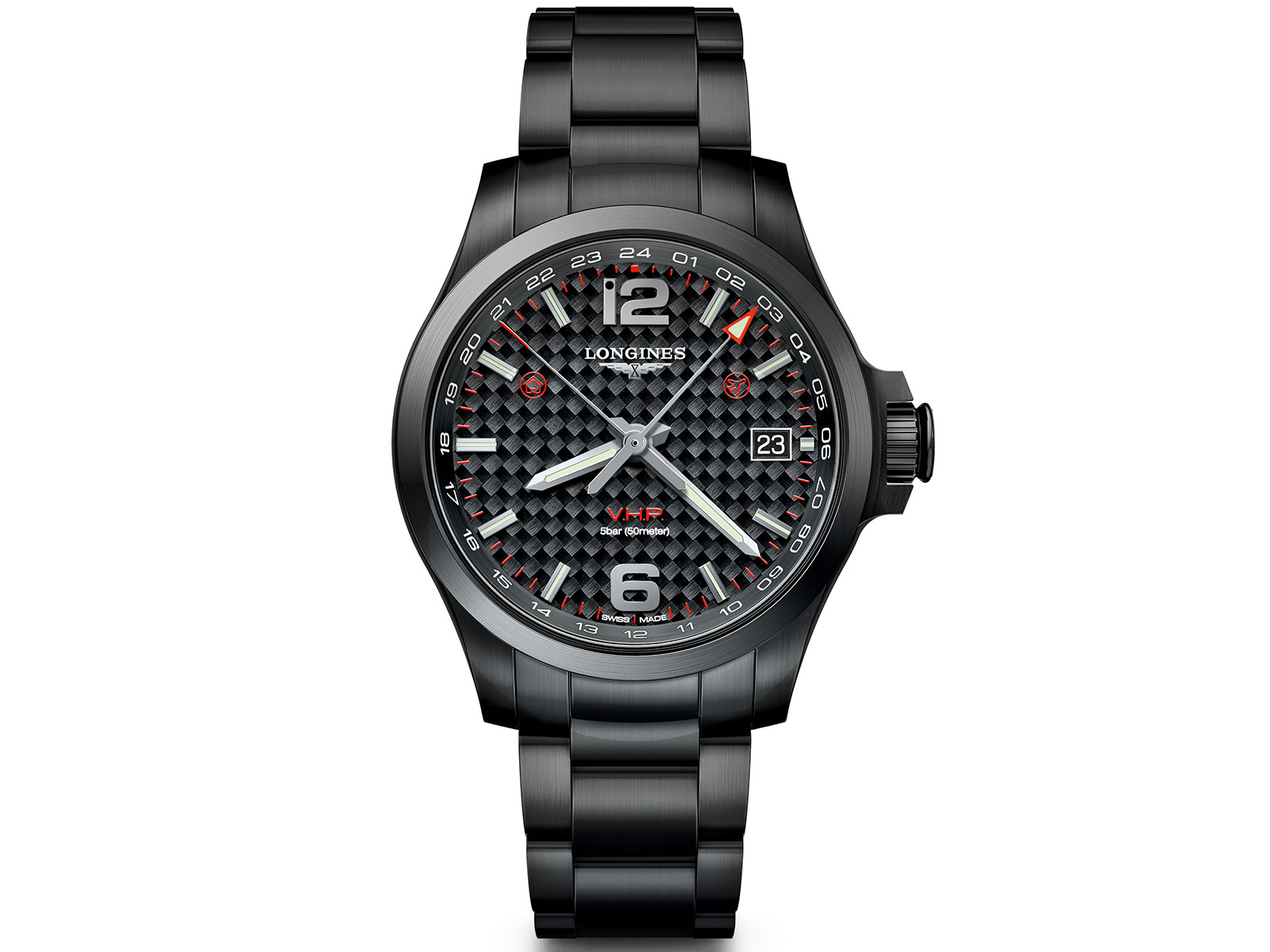