Omega announced a new limited production model designed to commemorate the first chronograph timepiece in the history of watchmaking. The new model, which is also one of the most extraordinary watches that the brand has introduced recently, is already taken its place on the collectors’ shopping list with its genuine vintage movement and visual details designed to be faithful to the original version. 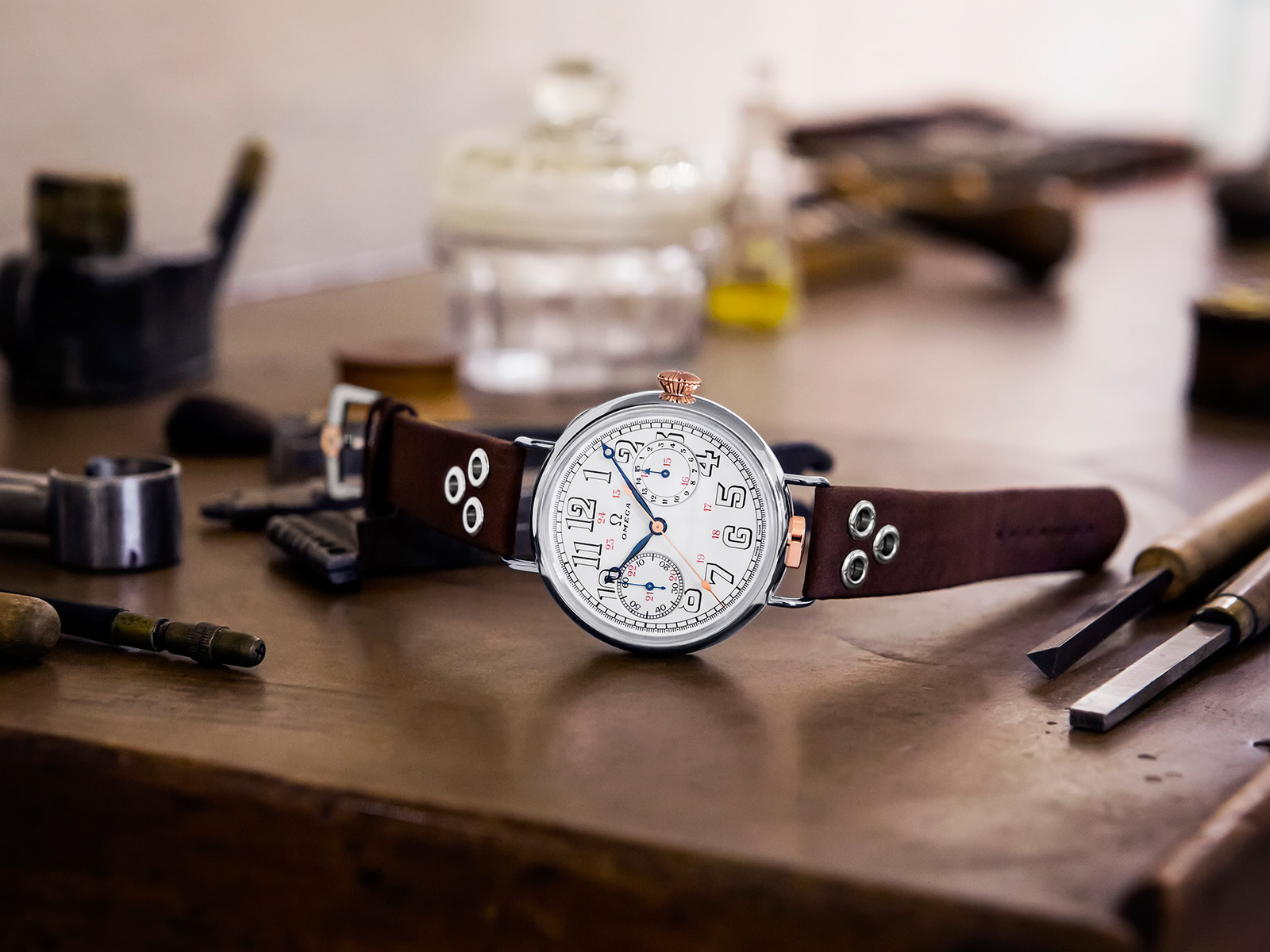 18 "’CHRO, the cult timepiece which inspired the new model, is known as the first serial production wristwatch with chronograph feature in the history of watchmaking. Originally designed to be used in pocket watches, the large 18 "’ movement gives the model its name. 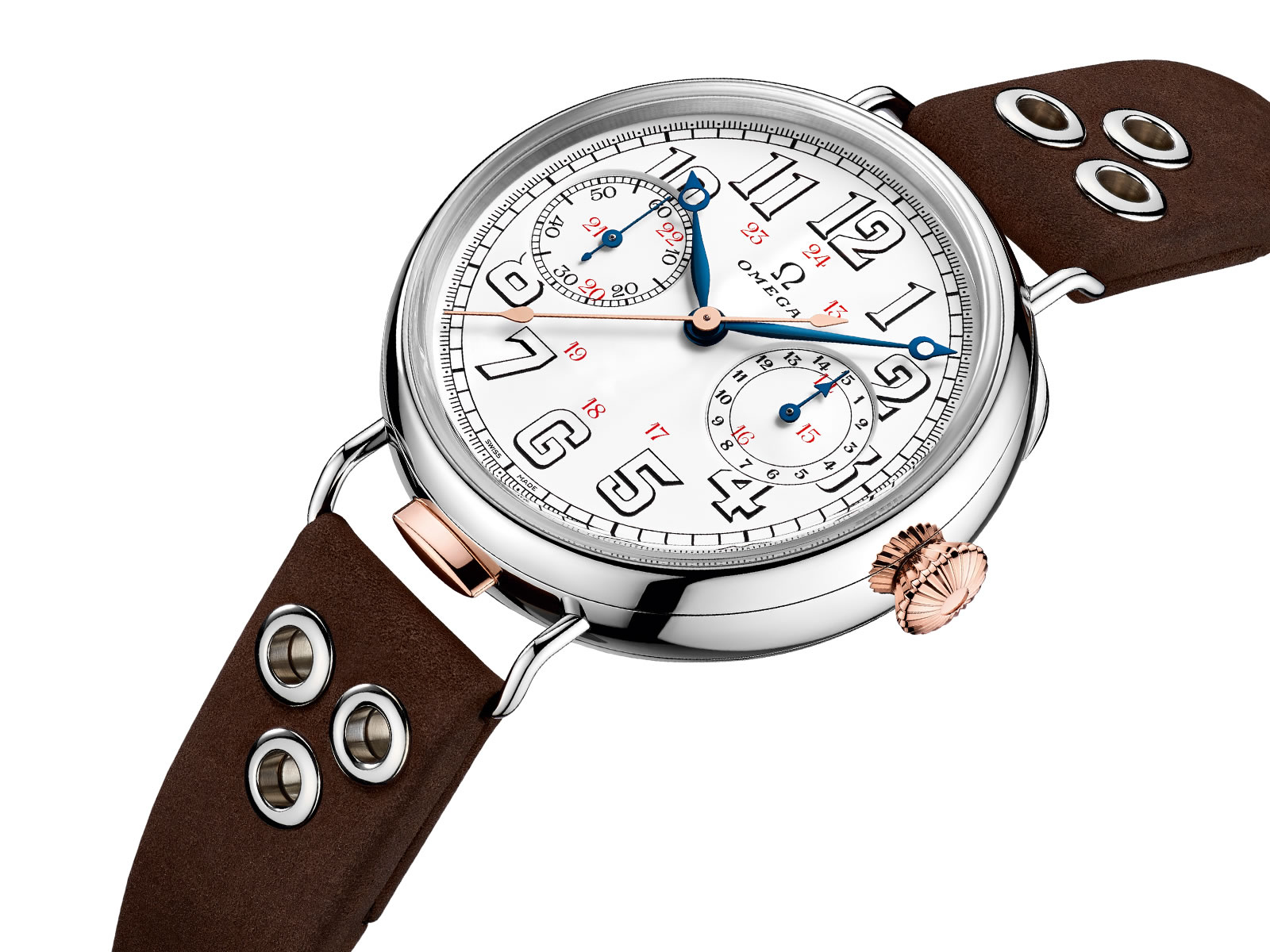 The new model is limited to a span of 18 units which are powered by true vintage movements from 1913 that Omega spent five years accumulating. 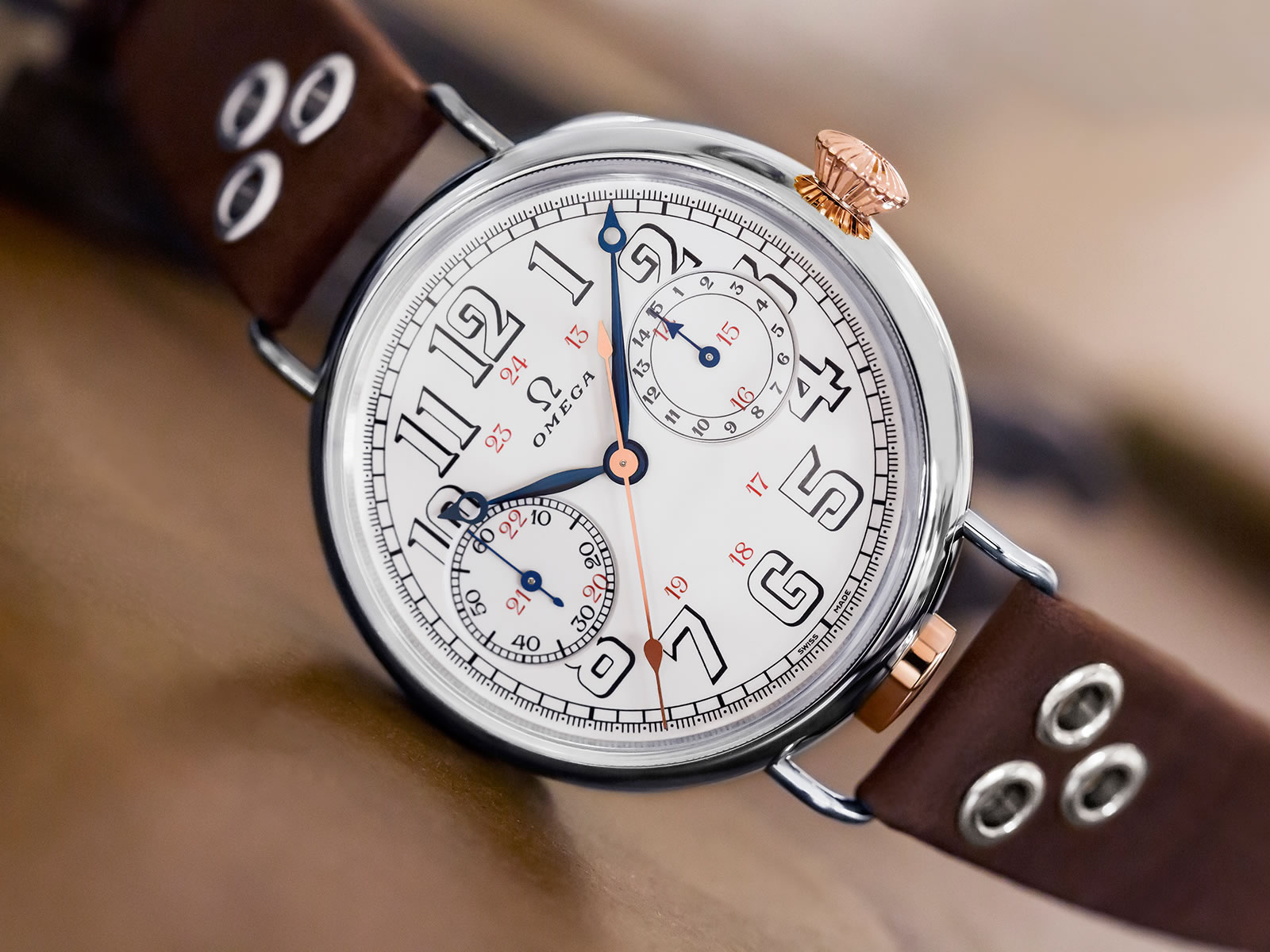 Introduced with a special event hosted by Omega’s successful executive Raynald Aeschlimann in the brand’s museum, the new model offers visual details that are very similar to the original version. The model, redesigned to today’s standards, has a more advanced structure in terms of durability and waterproofness than the original version. Designed to be faithful to the 1913 version, the case measures 47.5mm in diameter but is manufactured from 18K white gold. The thickness of the case is higher due to scratch-resistant sapphire crystal glasses and hinged case back. Another unique feature of the new version is the 18K Sedna Gold alloy, a mono-pusher winding crown. 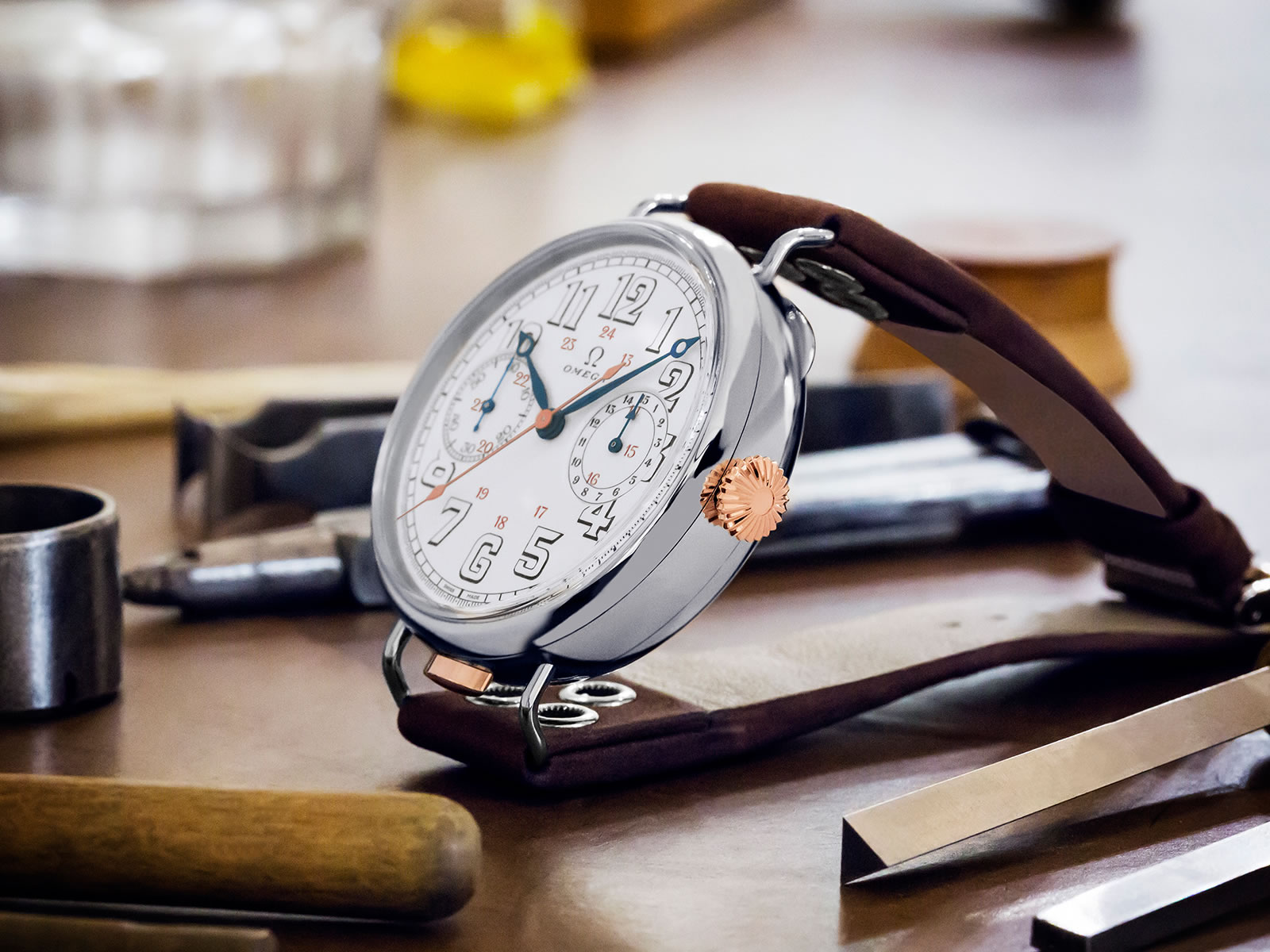 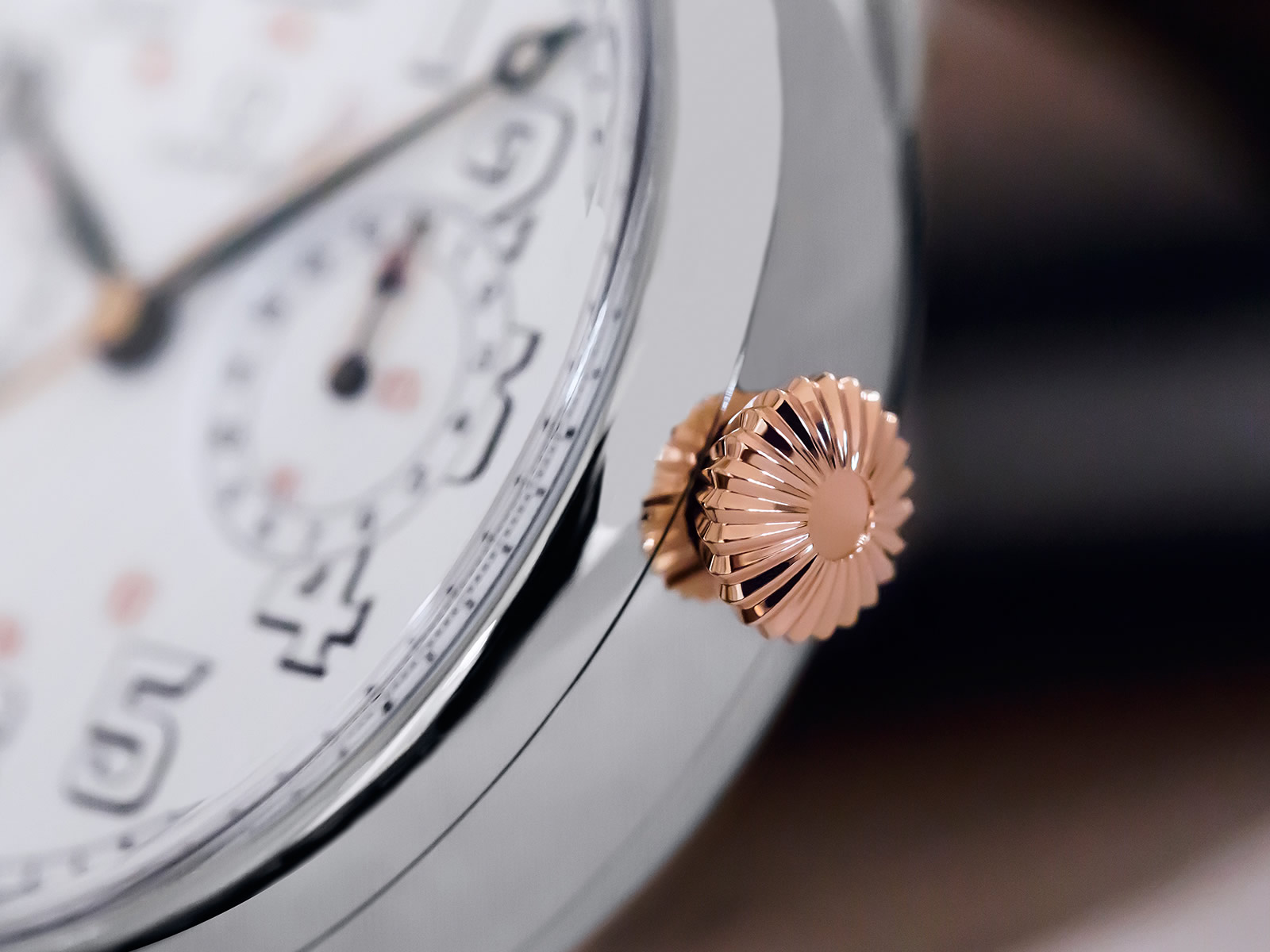 The glossy white dial of the model has been made from Grand Feu enamel, which is very popular in the watch industry nowadays. The black details on the white background are also made from enamel and processed on the dial with pad print. The sub-dials, which are slightly recessed, are also designed as separate discs made from white enamel as well. Breguet-style hands are finished in blue except the center chronograph hand in gold. 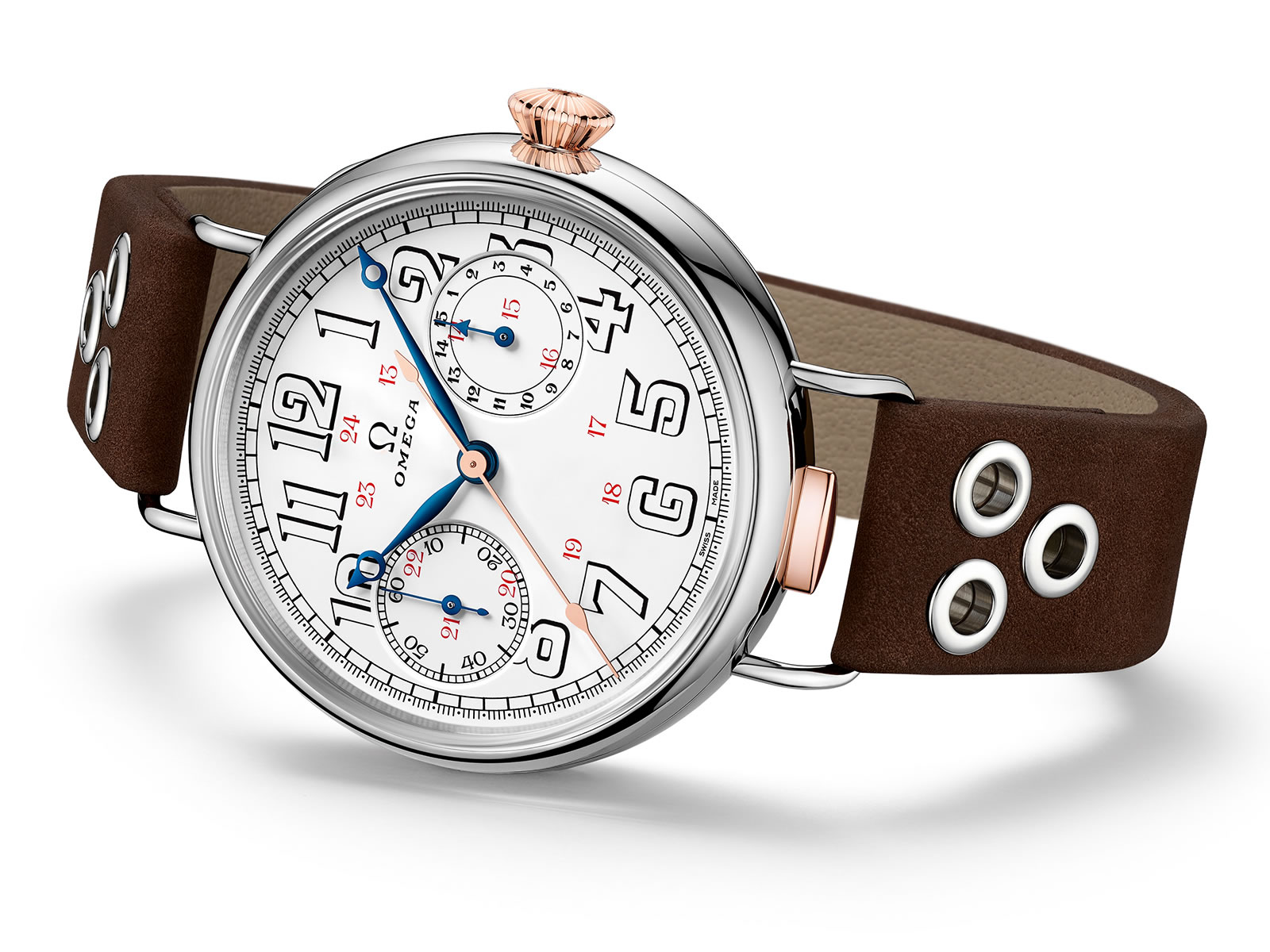 Undoubtedly the mechanism in the most important detail of the new model. Each movement is made at the Omega Central Tourbillon division with over 700 hours of labor. 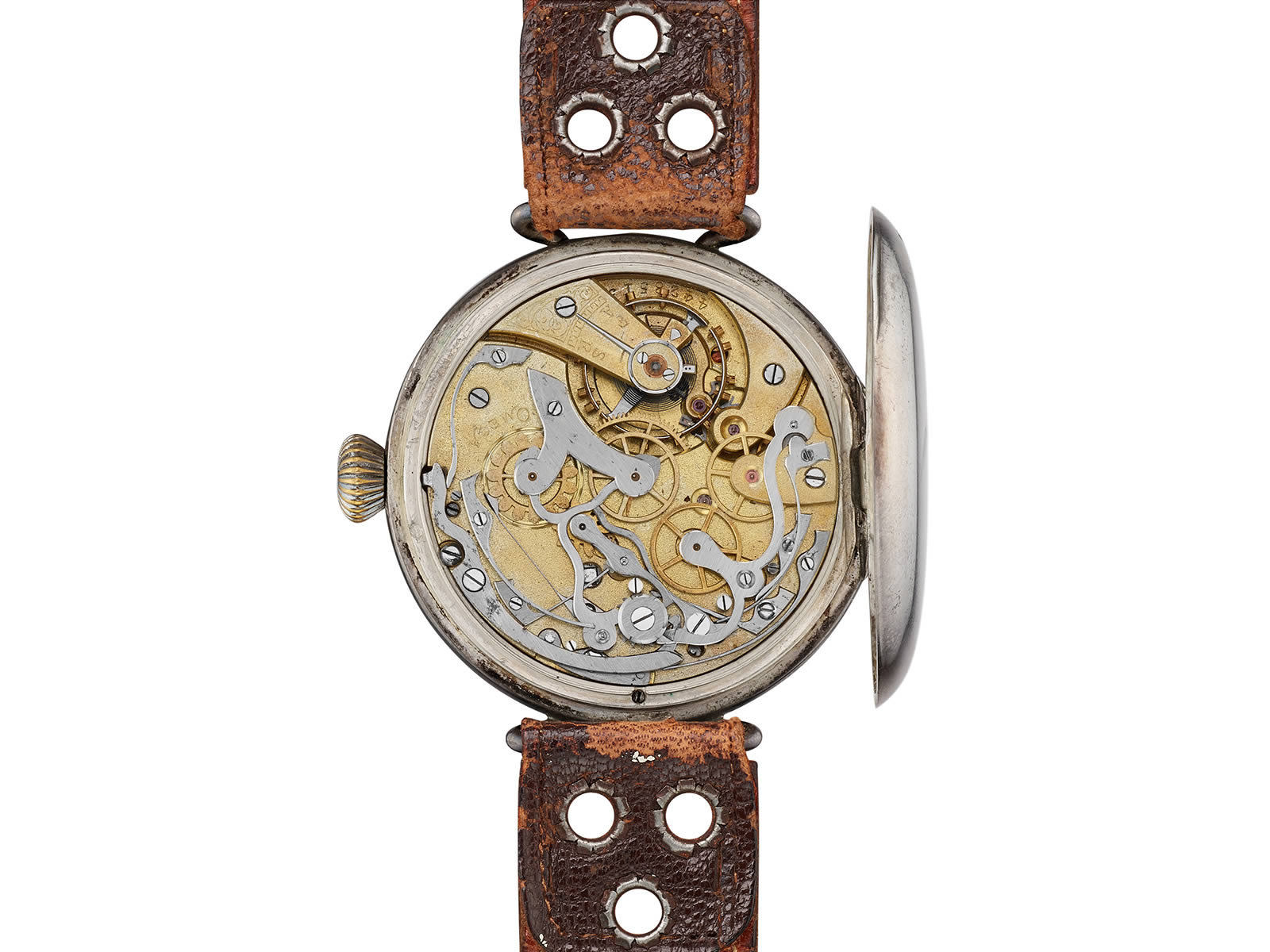 The main components of the movement like main plate, bridges, chronograph levers and balance wheel came from the original vintage 18 "" CHRO calibers. These pieces, which are now re-elaborated in today’s standards, are made to work with more precise tolerances than the originals. Frosted finish is applied to the surfaces of parts such as main plate and bridges with hand chamfering and polishing. 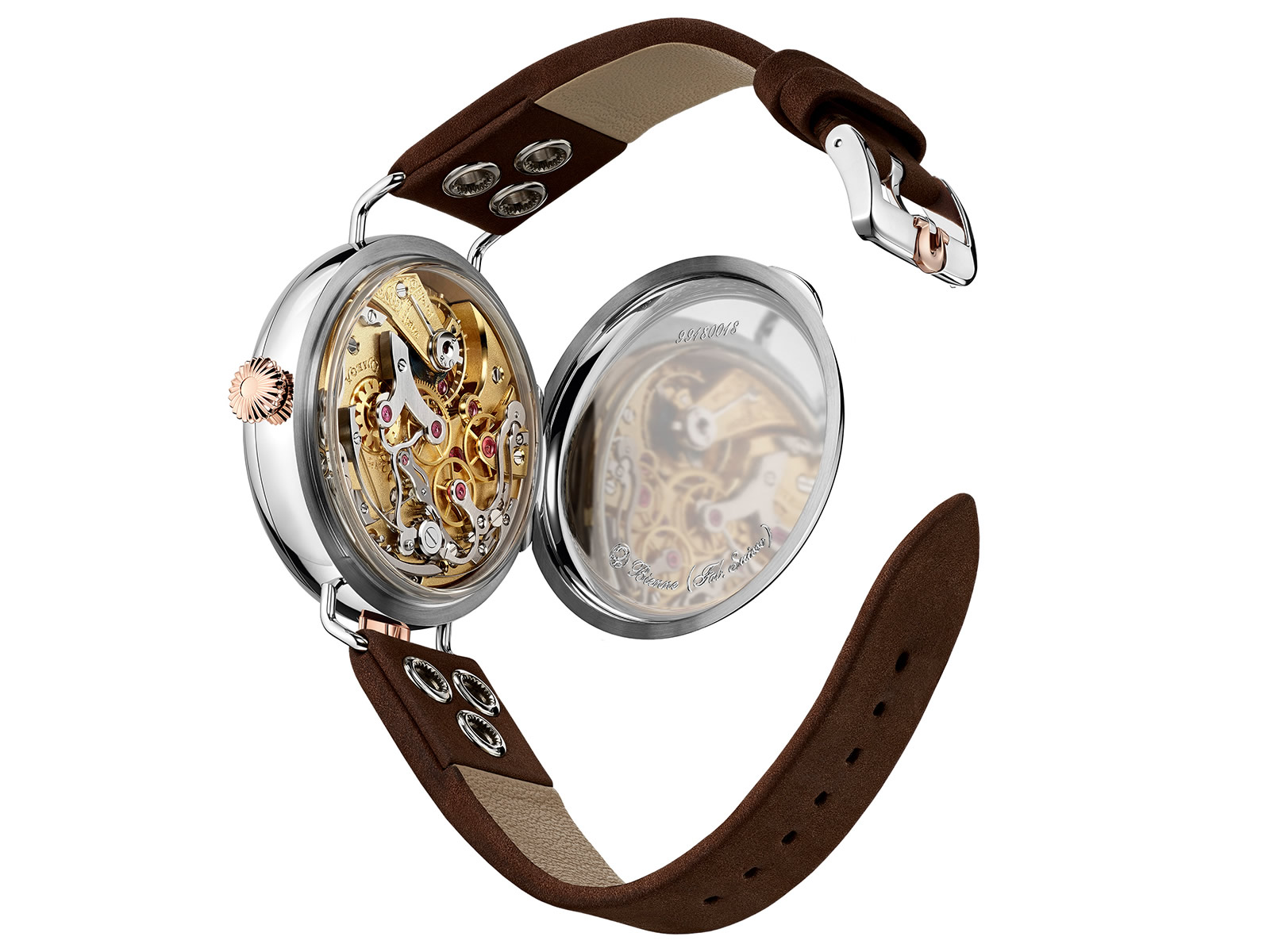 Parts other than these main components are designed from the scratch to be able to work with the modernized movement. All of these components, including critical parts such as gears and hair spring assembly, are hand-made, just as it is in a traditional watchmaking school. 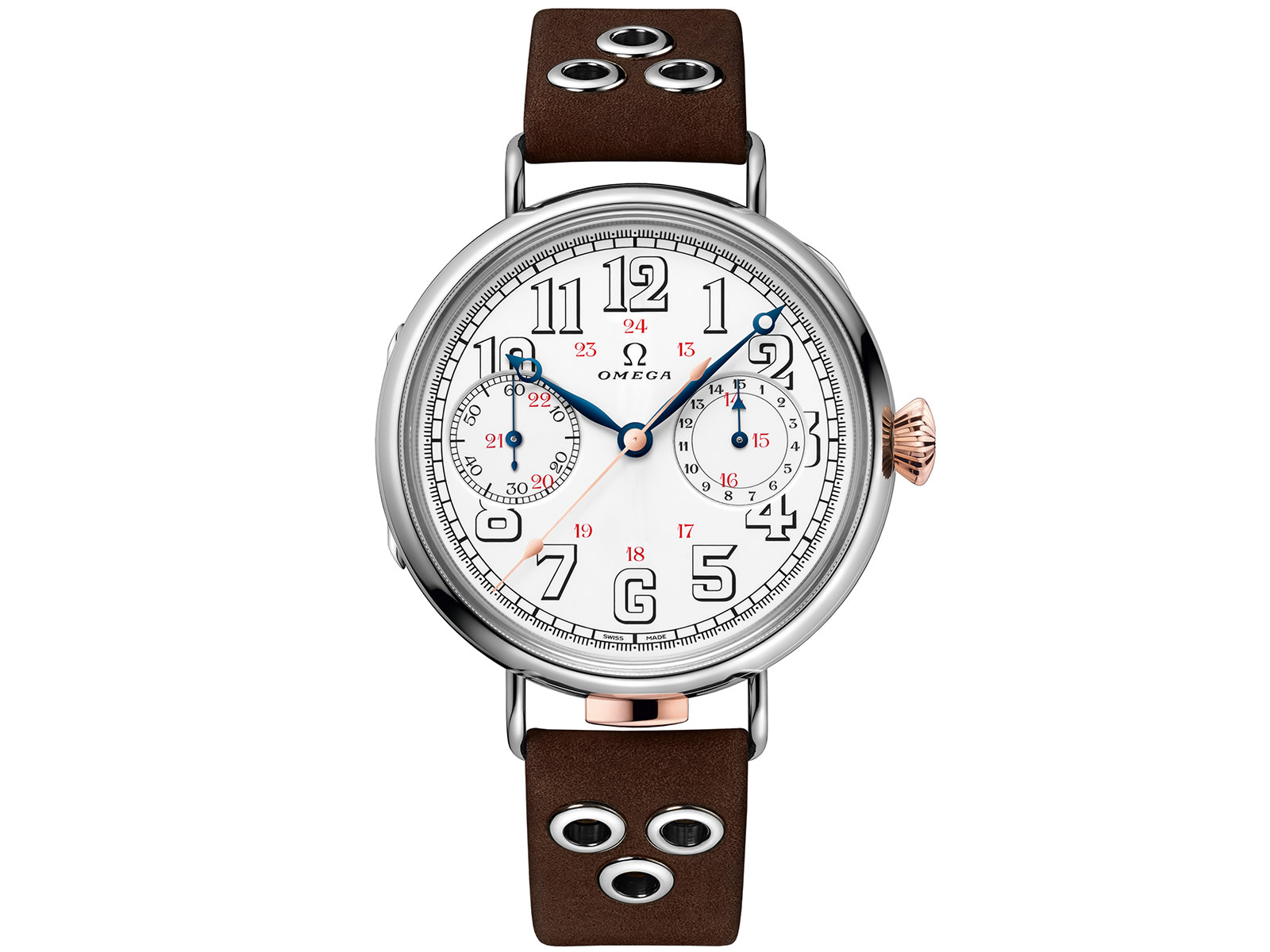 In addition to the originals of the movement, new jewels were added to the main body and bridges.

The result is a stunning movement which looks more like independent watchmaker’s work rather than a mass producer that makes up to 800,000 watches a year. 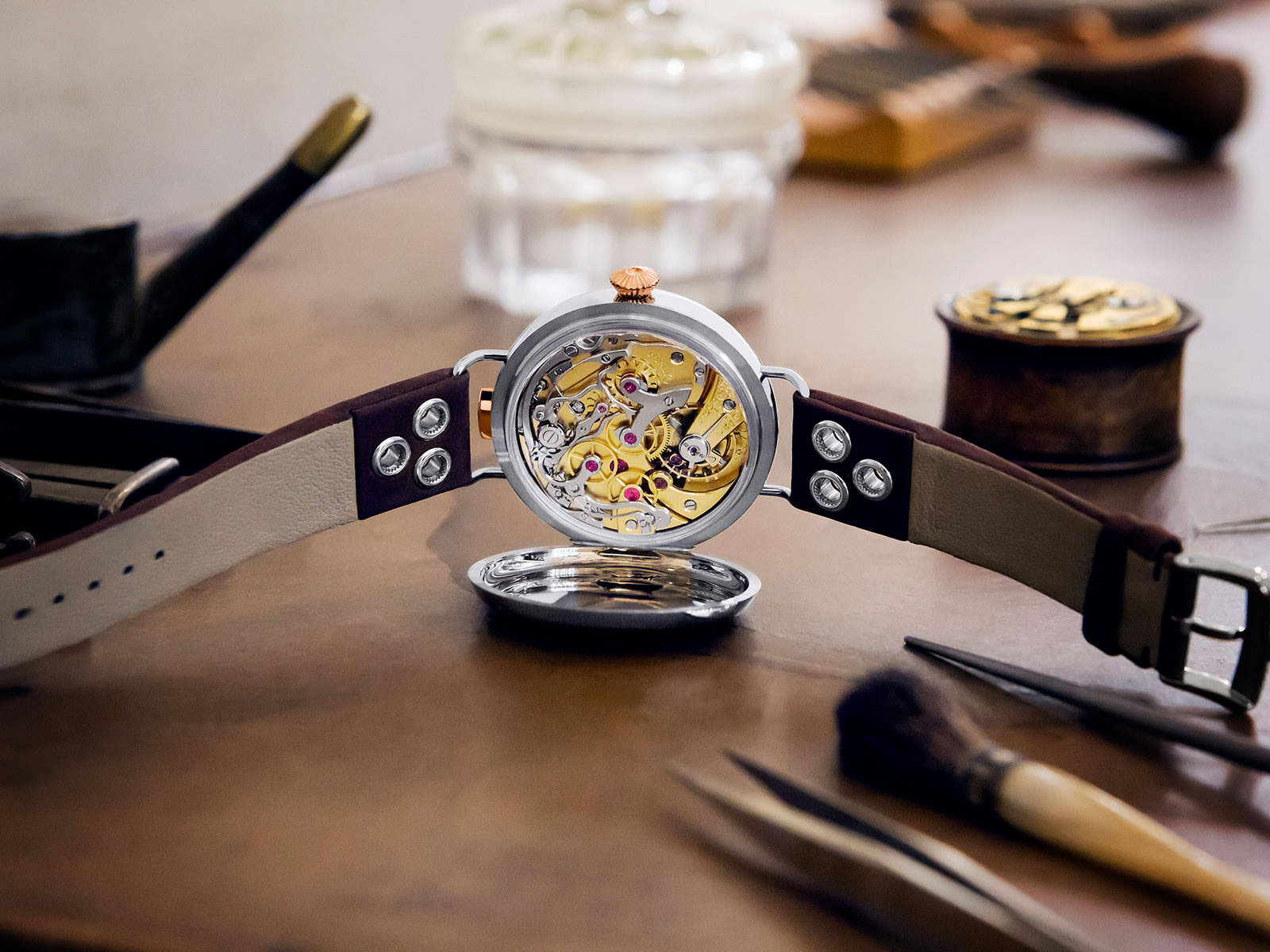 The new model is offered in a special handmade presentation box manufactured by a Parisian trunk maker. There are even rumors that the box itself costs more than the MSRP of a standard Speedmaster. 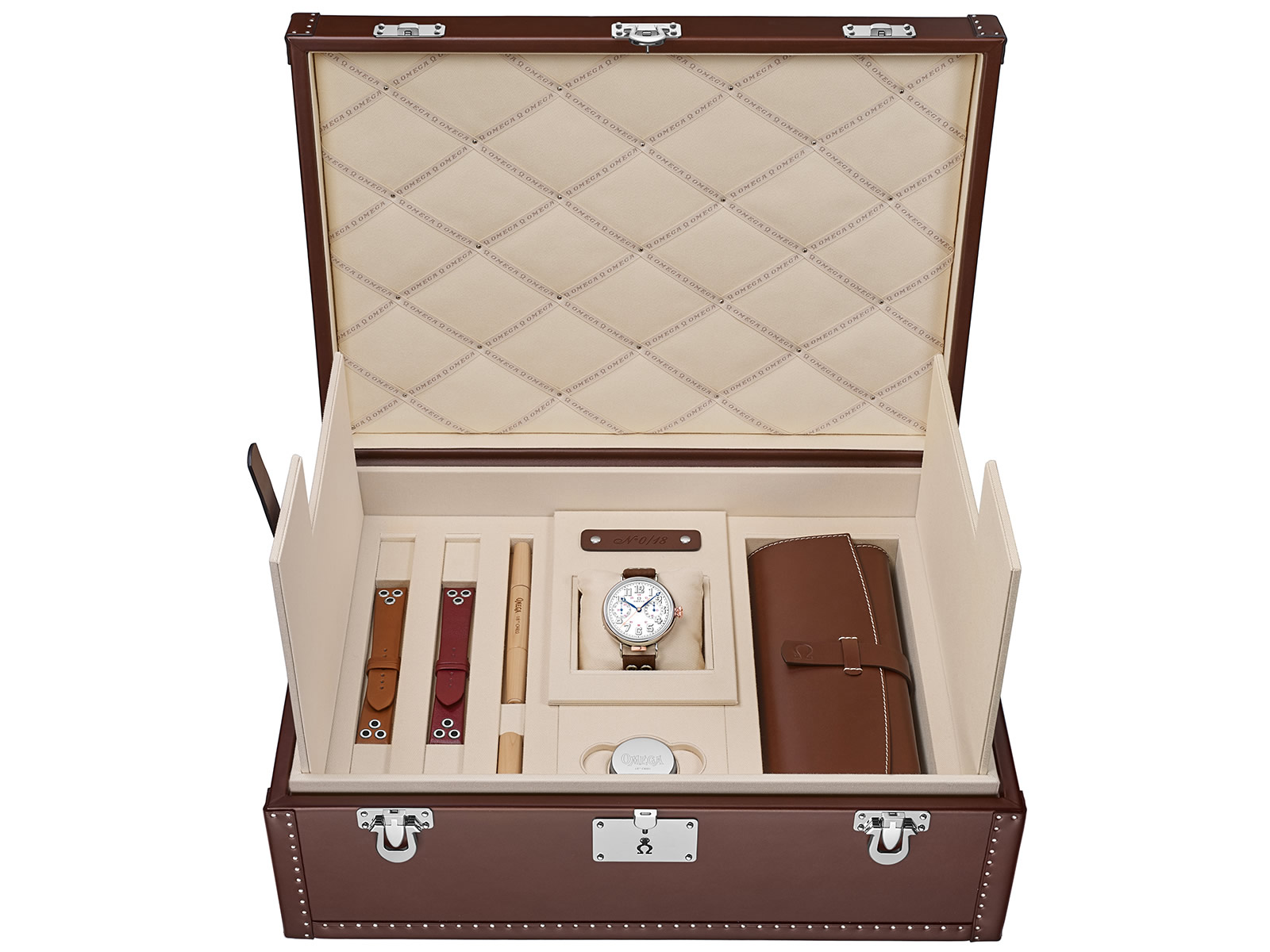 The model is limited to 18 pieces only and available with a price tag of CHF 120,000. We are sure that all watches will soon reach their collectors’ owners in a blink.