Omega, one of the leading brands of the Swiss watch industry, was the guest of our Hands On corner with two different versions of the new Railmaster Collection that was introduced as a part of the brand’s Baselworld 2017 novelties.

Baselworld 2017 fair was very active for the well-established brand operating under the Swatch Group. Omega, which especially attracted great interest with the "Trilogy" series, has also been shown to be among the most successful brands of the exhibition. The Trilogy series, which was highly covered in public pages and received a full note from the watch enthusiasts at the time when the concepts such as Re-Issue and Heritage peaked, became one of the most popular product groups introduced in Baselworld 2017.

Of course Omega’s novelties for the exhibition were not limited with the Trilogy series. Although we did not see much in the press releases, Railmaster from Omega’s well-established product groups took its place with a renewed face. Today we have two different versions from this stylish collection. 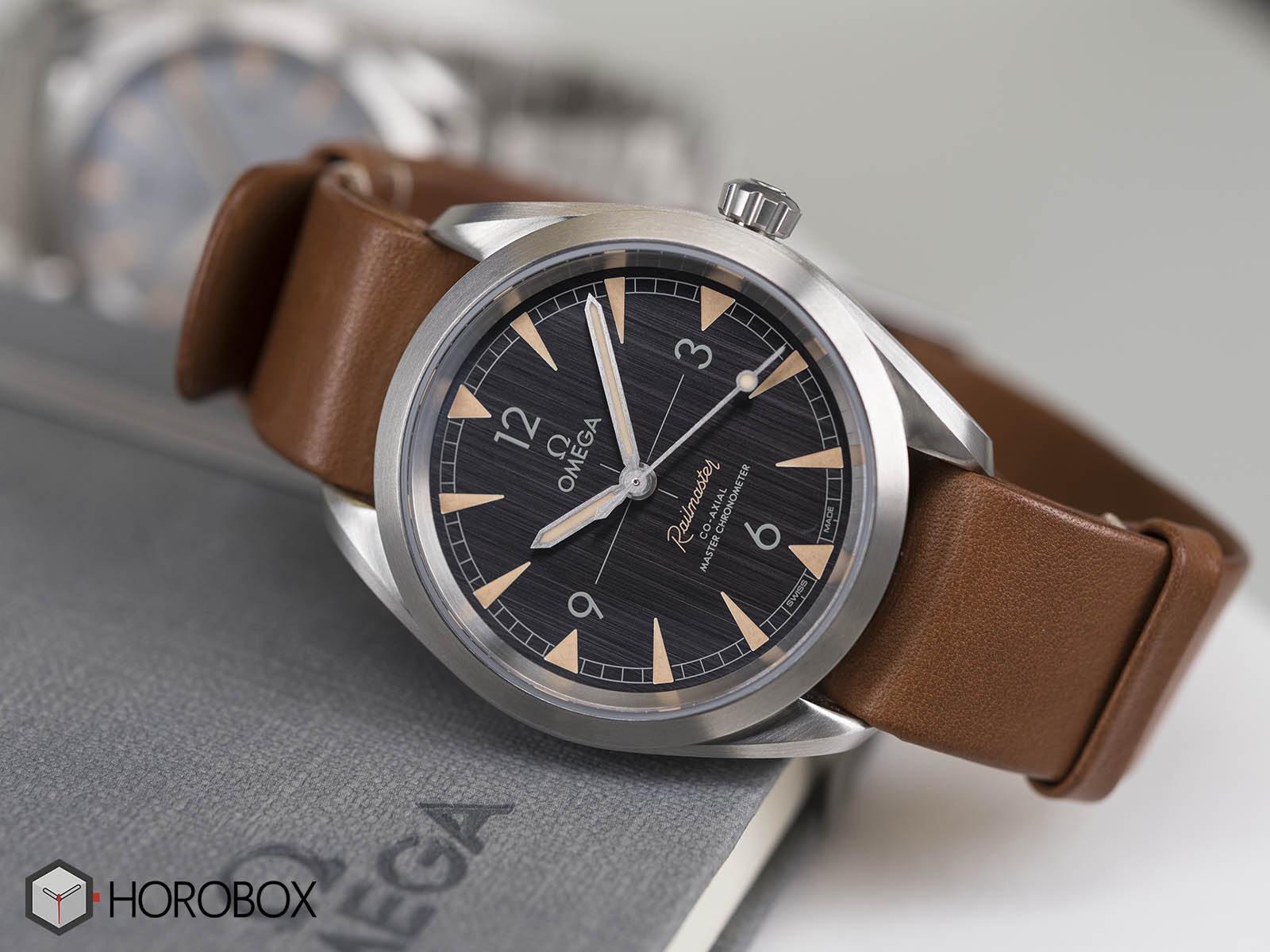 Let’s talk a little bit about the history of Railway Watches before going into the review. The railway watch concept, which is quite familiar to the vintage watch aficionados, dates back to late 1800s. In 1891, there has been a tragic accident where two passenger trains collided in Ohio – USA. The train crew was dead at the accident and any many others were wounded. During the investigation that followed the incident, suspicions focused on a railway personnel’s watch which has been 4 minutes late. Those four minutes, which caused the disastrous accident, led the authorities to set the standards for railway personnel’s watches. According to the regulation, it is decided that the watches should be precise to within 30 seconds per week, regulated to five positions i.e. accurate in temperatures from -1C to 35C and equipped with highly legible contrasting dial with bold Arabic numerals and broad hands. 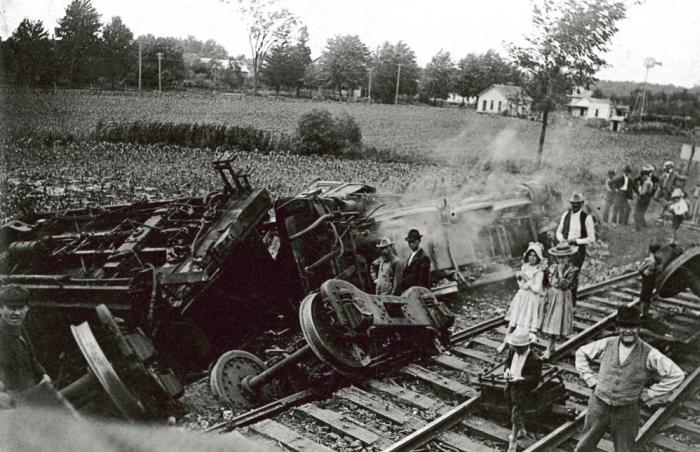 Omega has a different place in terms of Railway Watches, because those timepieces are produced earlier than the well-known Olympic chronographs and even the famous Speedmaster models in terms of professional use watches. Marketed in a large part of the world including Canada, South America, Europe, Russia, China and Australia, those watches have been actively used by railway workers.

It is possible to see that the new Railmaster model we have here today is inspired by the CK 2914 Omega Railmaster to a large extent. 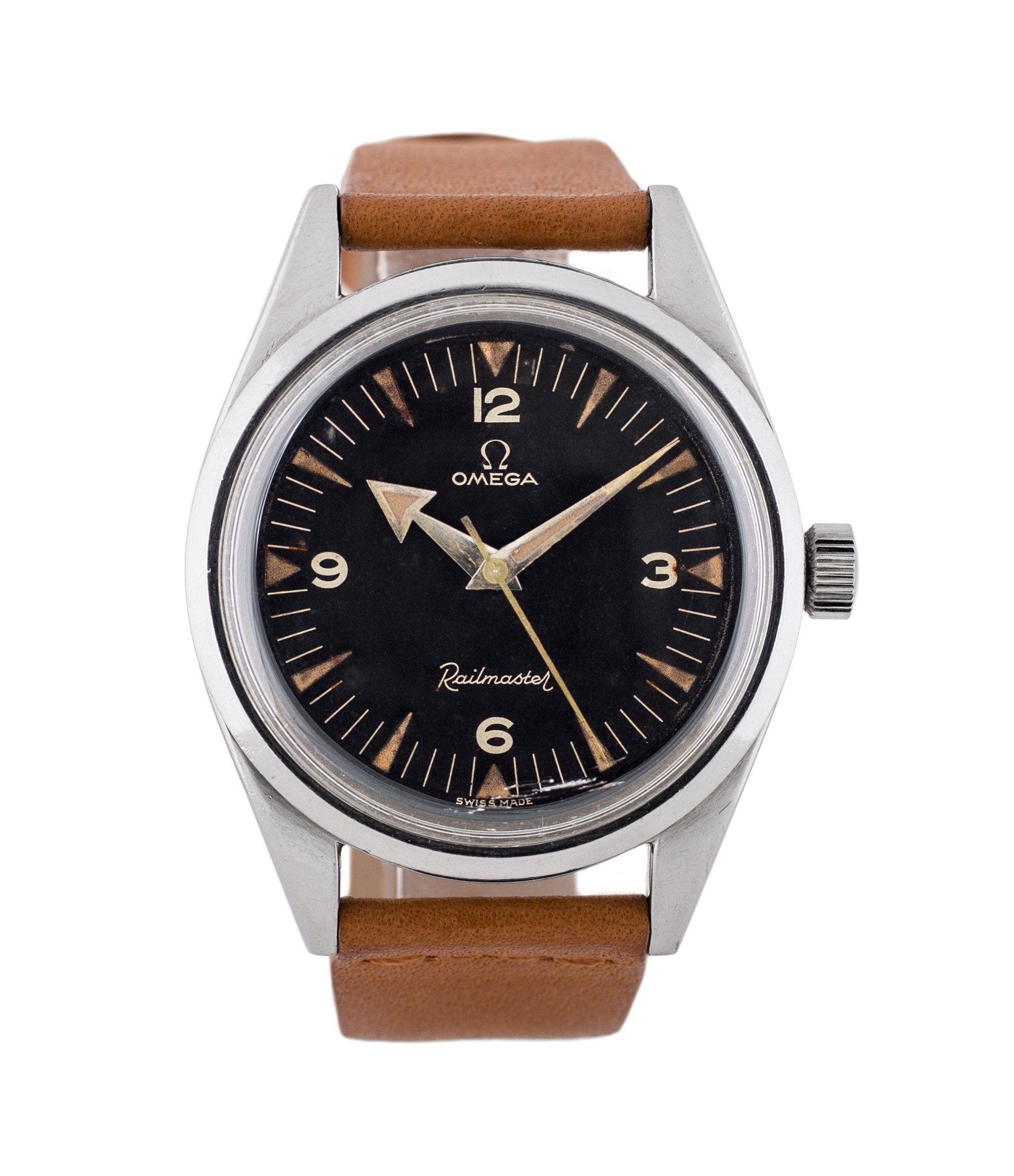 The model is offered in a fully matt finished stainless steel case measuring 40mm in diameter and 12.5mm in height. The front face of the case is equipped with an AR coated scratch resistant sapphire crystal while the caseback is solid stainless steel with an embossed classic Seamaster logo on the centre. Let me add that the caseback features the brand’s patented NAIAD Lock which provides all the markings and logos on the caseback to stand on a straight axis. The case is water resistant to 150 meters and it is shielded for magnetic fields up to 15000 Gauss 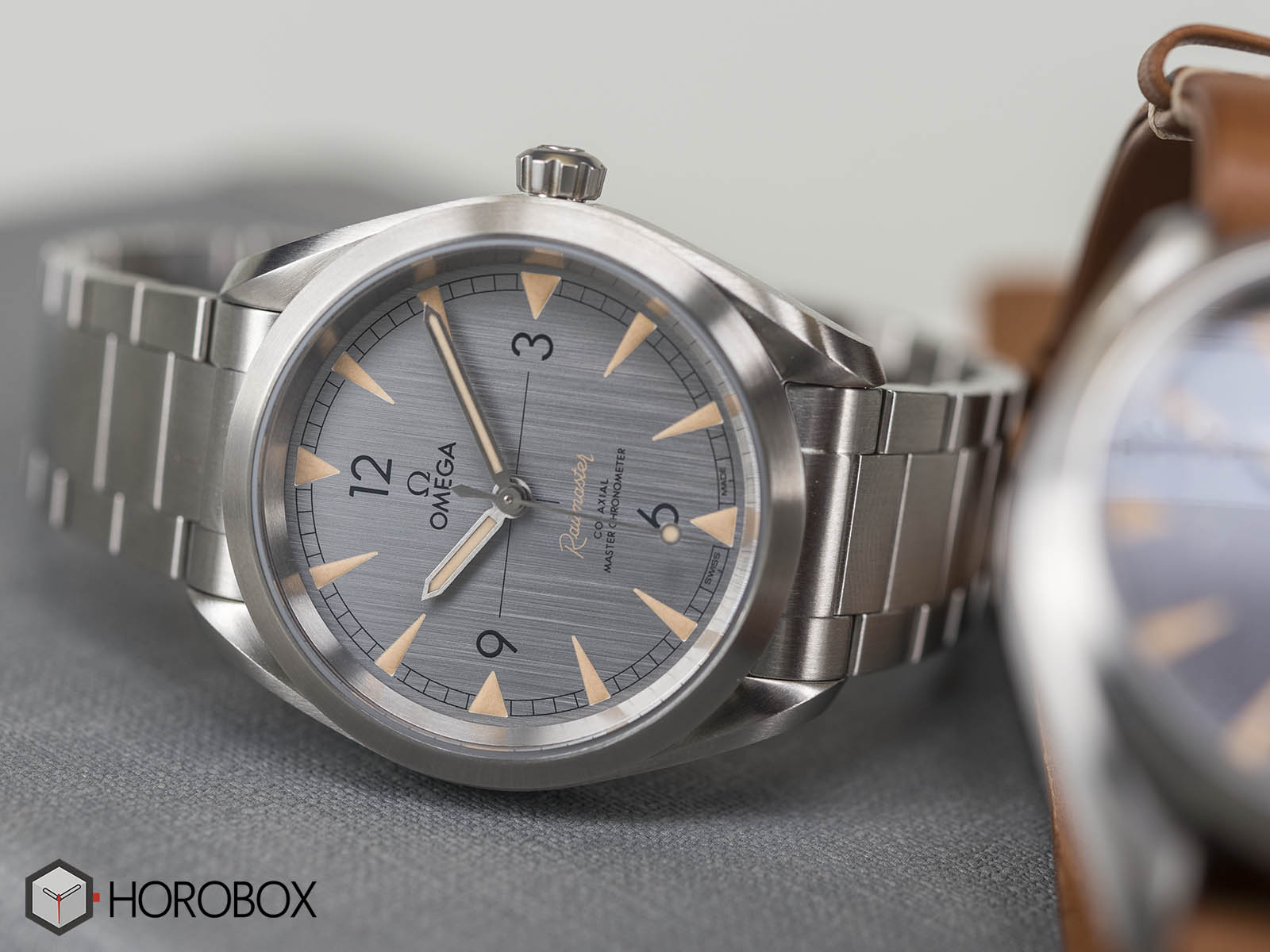 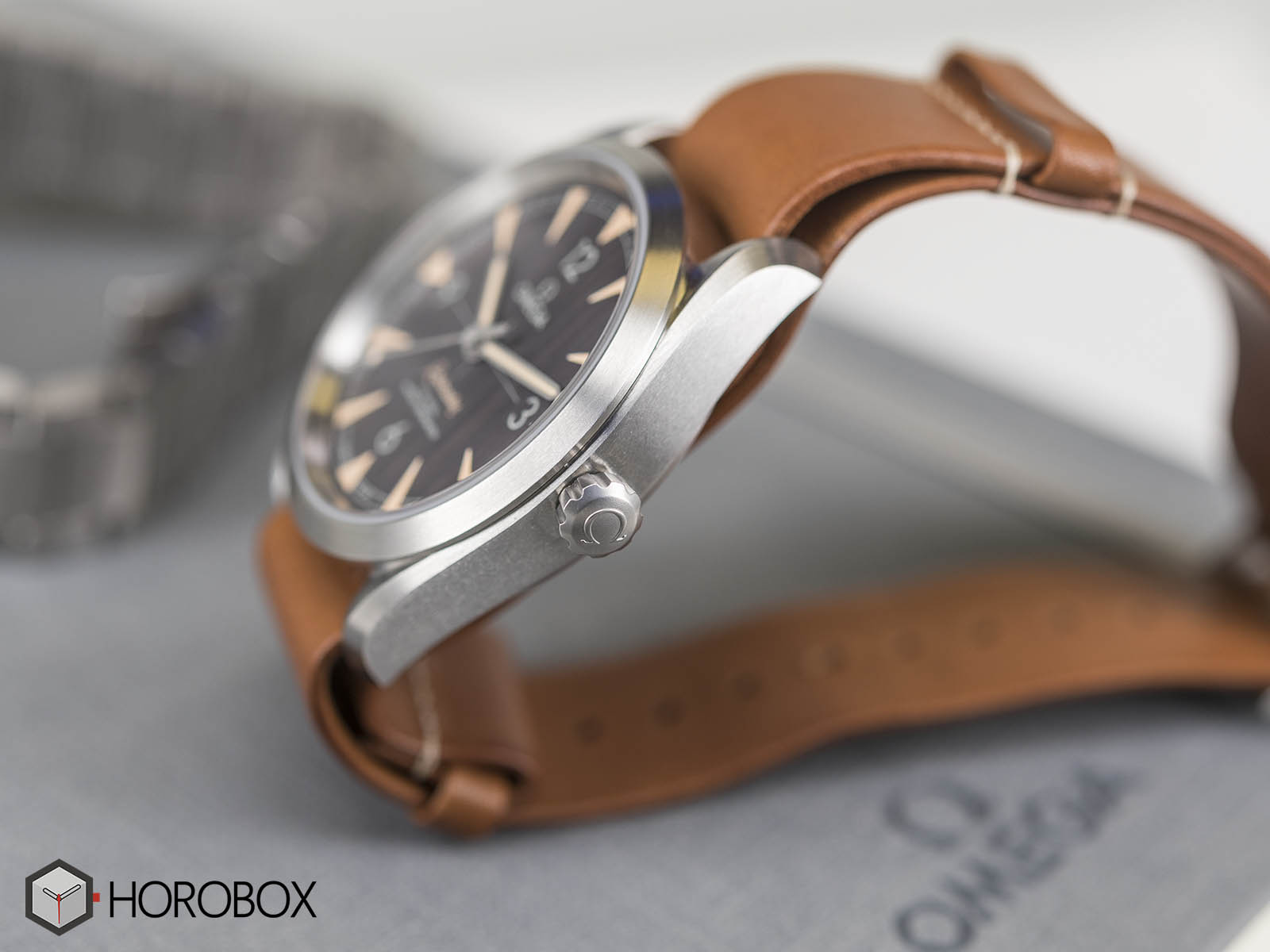 The new Omega Railmaster Collection comes in two dial colors, black and gray. Thanks to the vertically applied matte brush pattern used on the surface, the dials look a bit lighter than they are in terms of color. The vertical brushed pattern matches nicely with the satin finish stainless steel case. The hands are in sword style while the hour markers are triangular shaped. All hands and markers are filled with darker color SuperLuminova phosphor material in order to boost the retro appearance. The markers at 12,3,6 and 9 also sport Arabic numerals. The lack of a date display was a good choice in terms of dial’s integrity and the retro tool-watch looks. 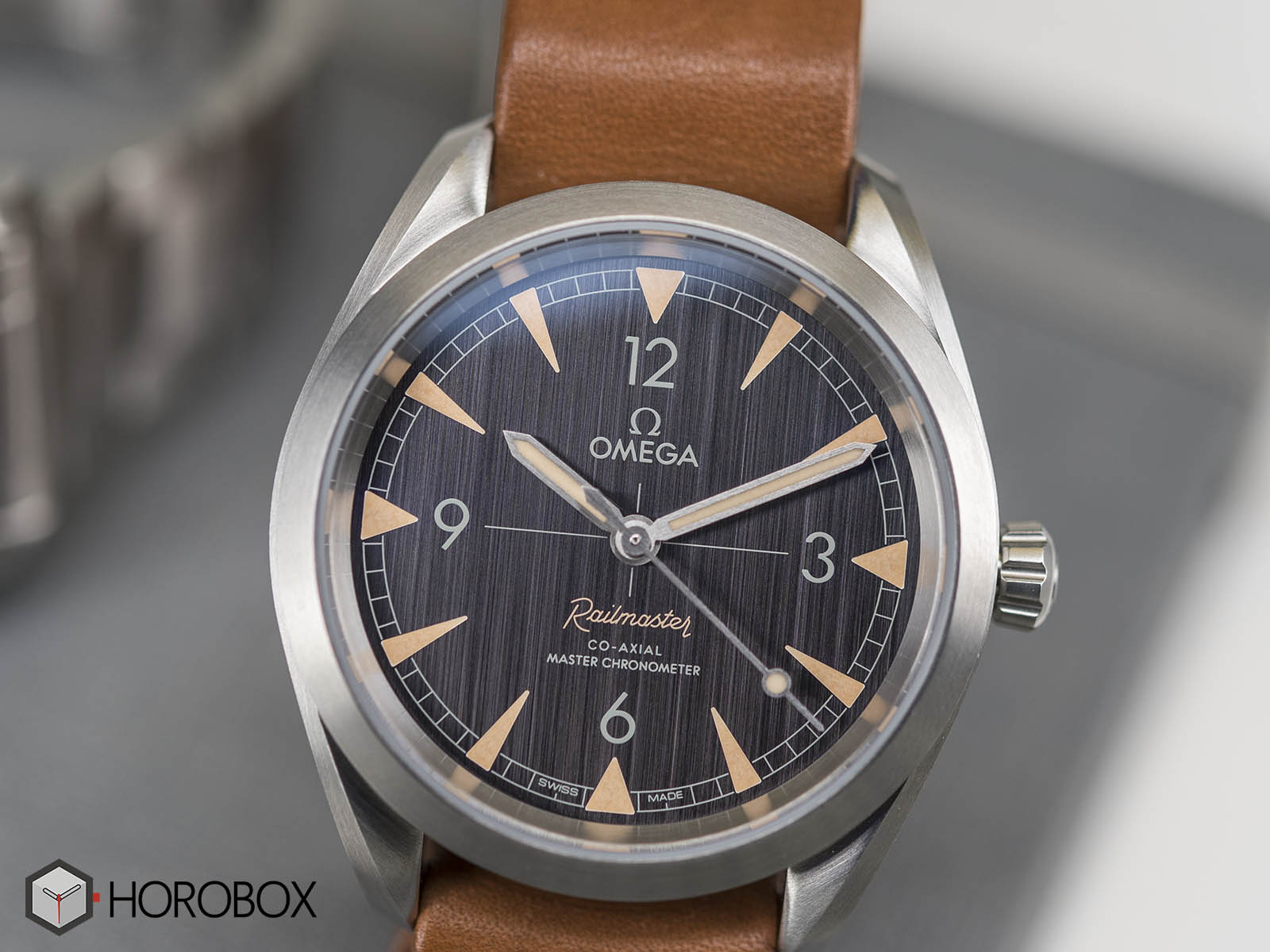 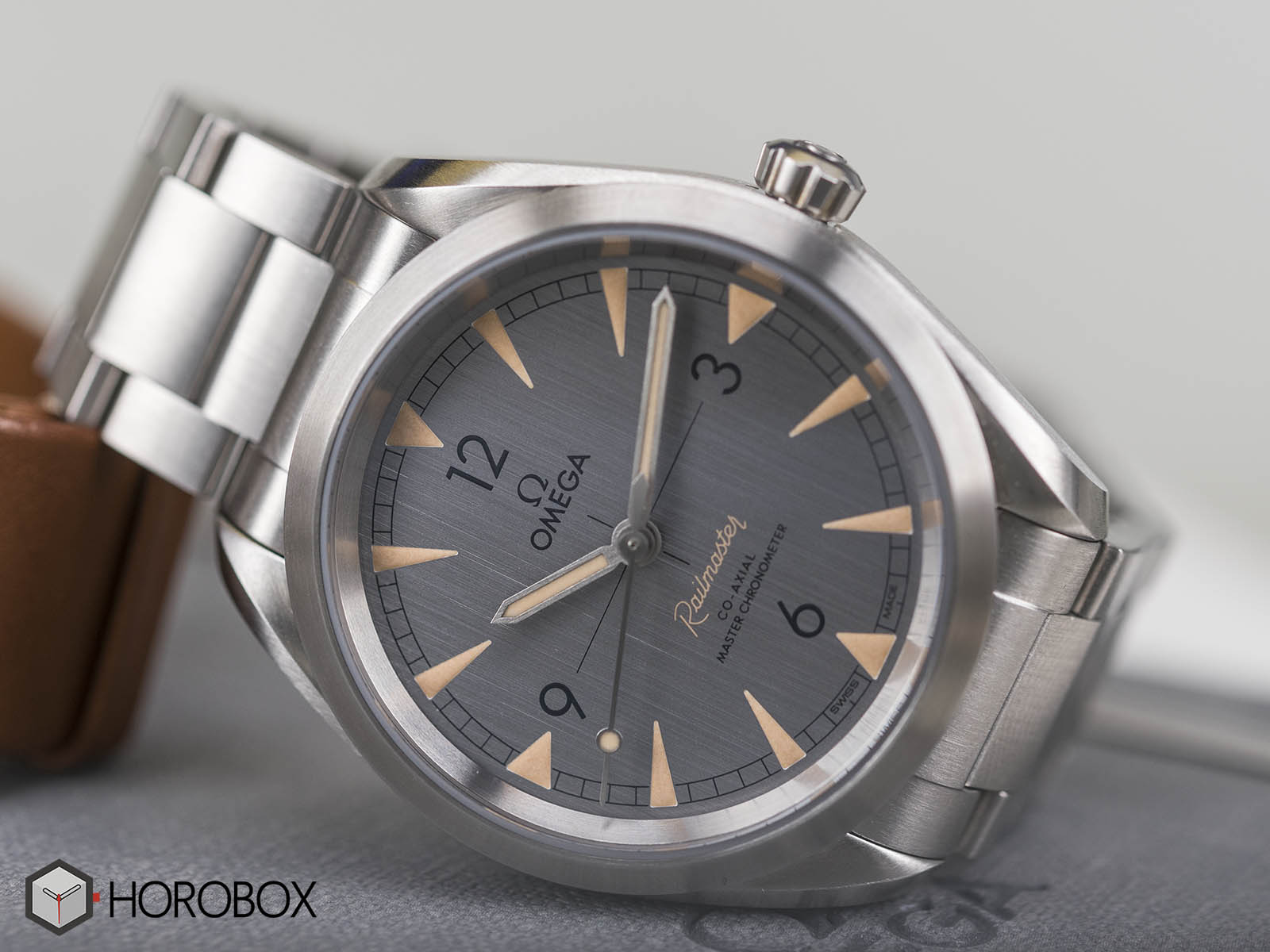 The model is powered by the brand’s in-house Caliber Master Co-Axial 8806. The self-winding movement is METAS certified. Power reserve time is 55 hours when fully wound. 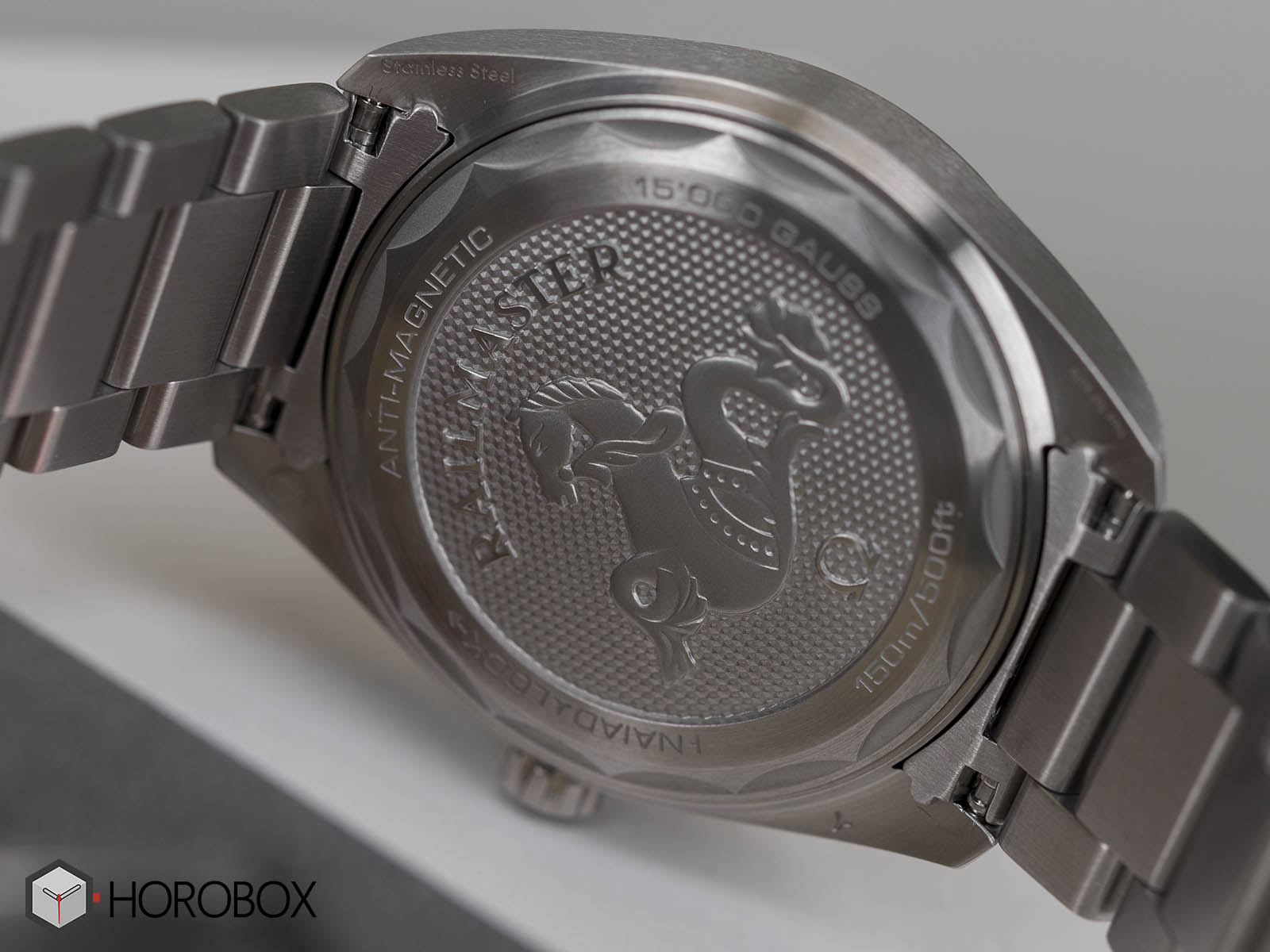 The versions we have here are offered on the stainless steel bracelet and the brown NATO style leather strap. There is also a two-tone textile strap in the collection. 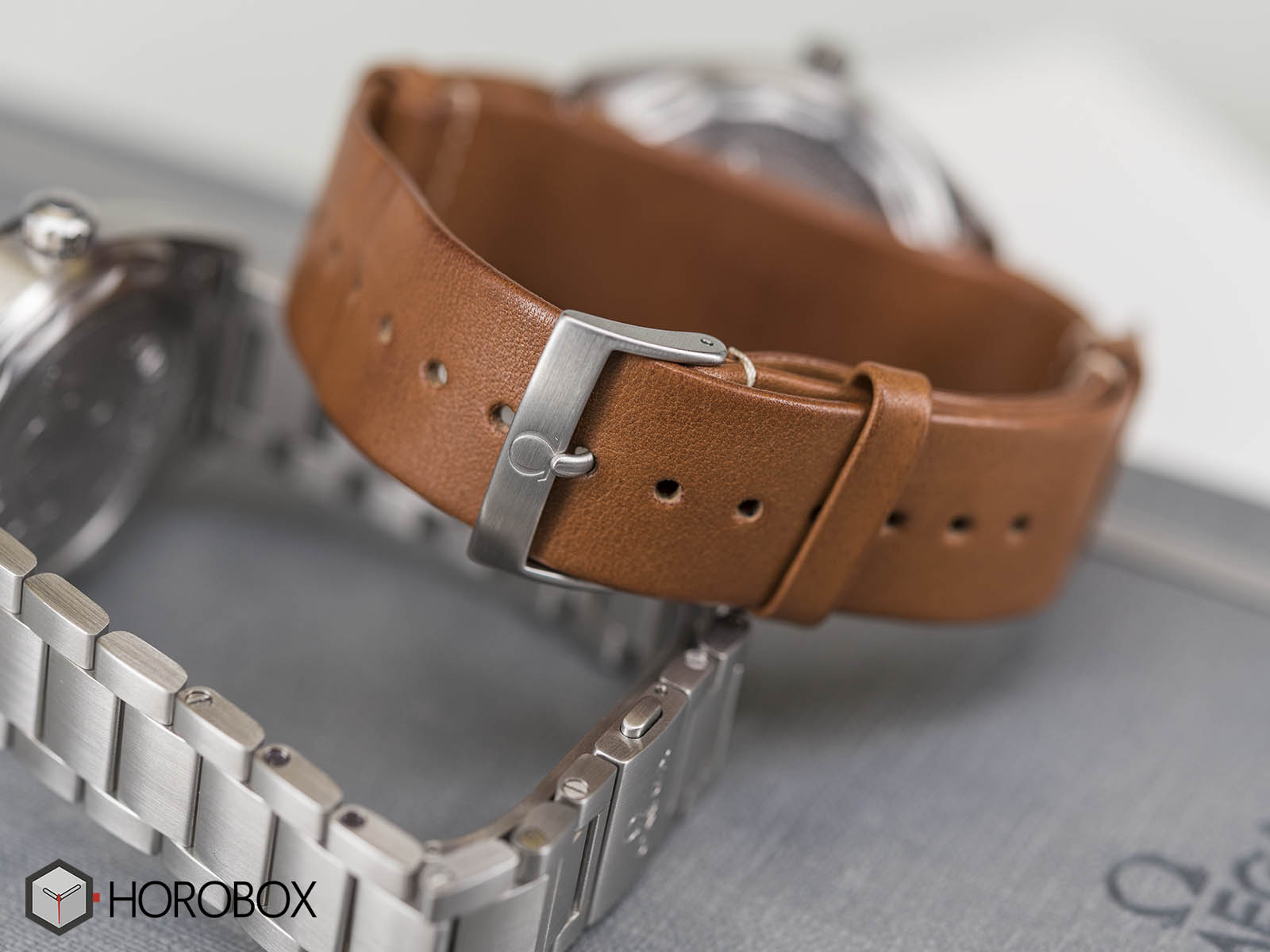 We strongly suggest the new Railmaster Collection for its original design, great heritage and affordable price range within its segment. 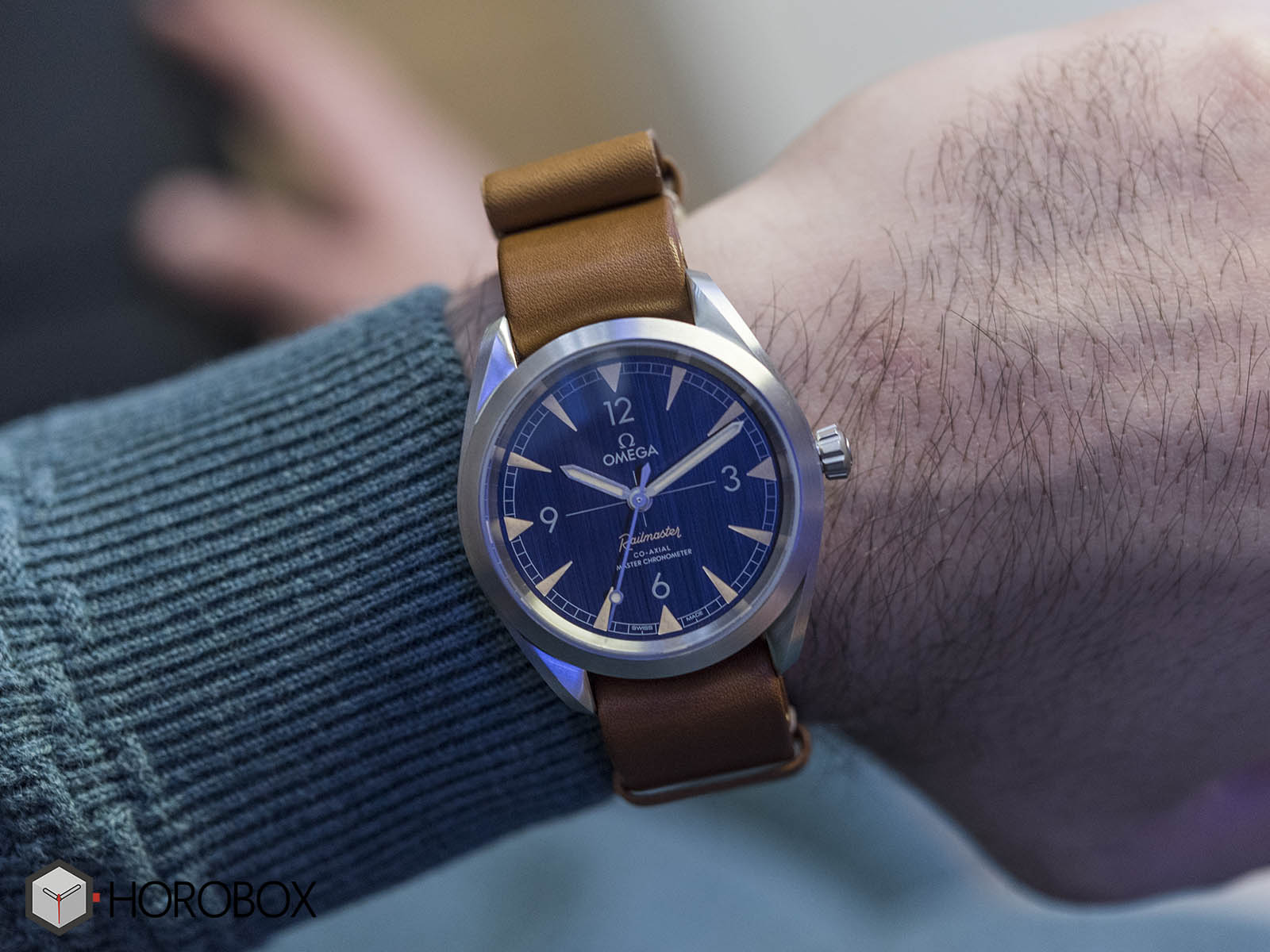