Omega has announced a new model for the 50th anniversary of On Her Majesty’s Secret Service (1969), one of the unforgettable sequences of Bond franchise, of which it has been a watch sponsor for a long time. 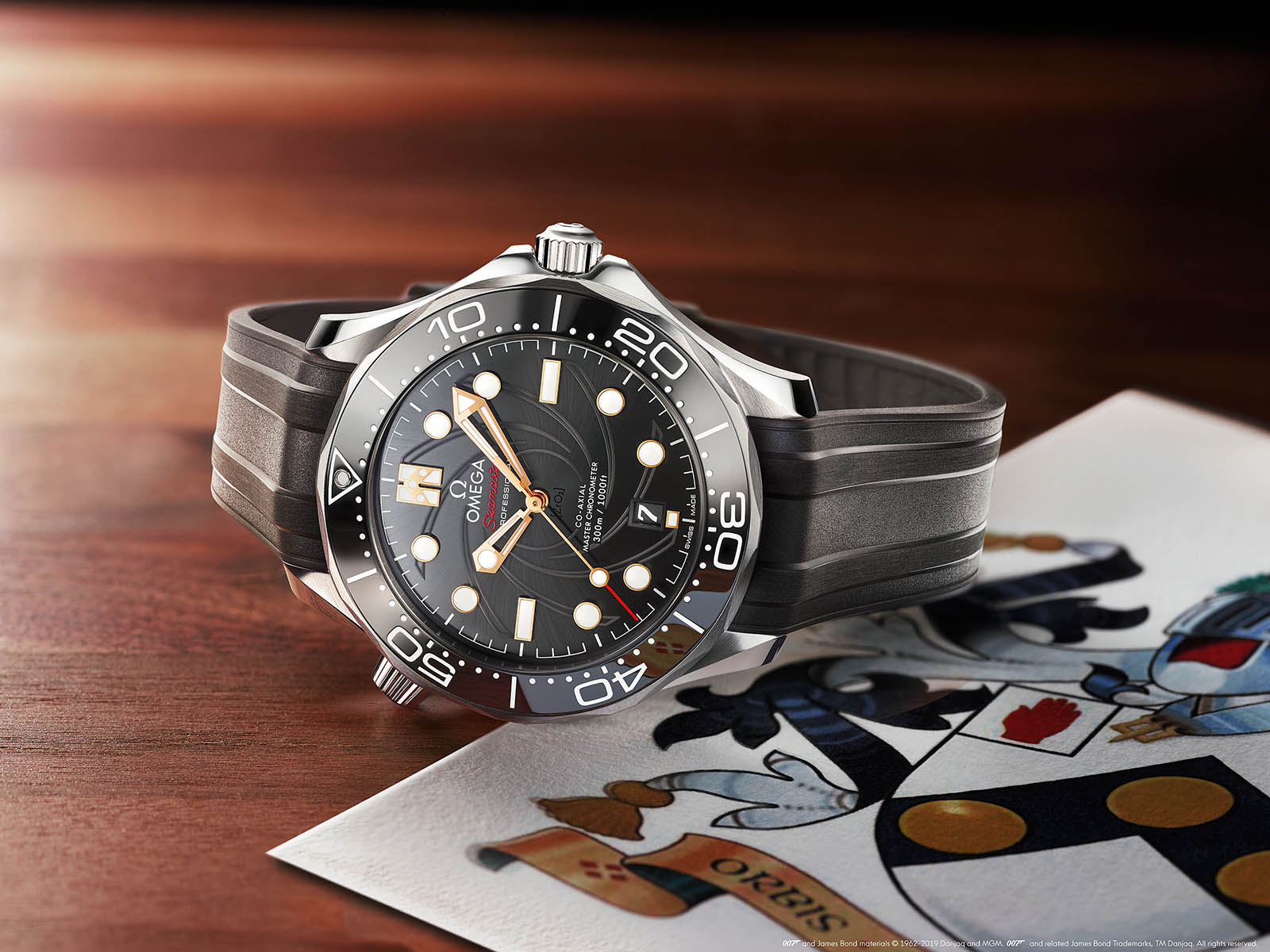 The legendary production, celebrating its 50th anniversary this year, is the tenth book of the series, which came to life by Ian Fleming, and the sixth film among the silver-screen adaptations. The British agent, played by George Lazenby, faces the famous villain Blofeld in the story. 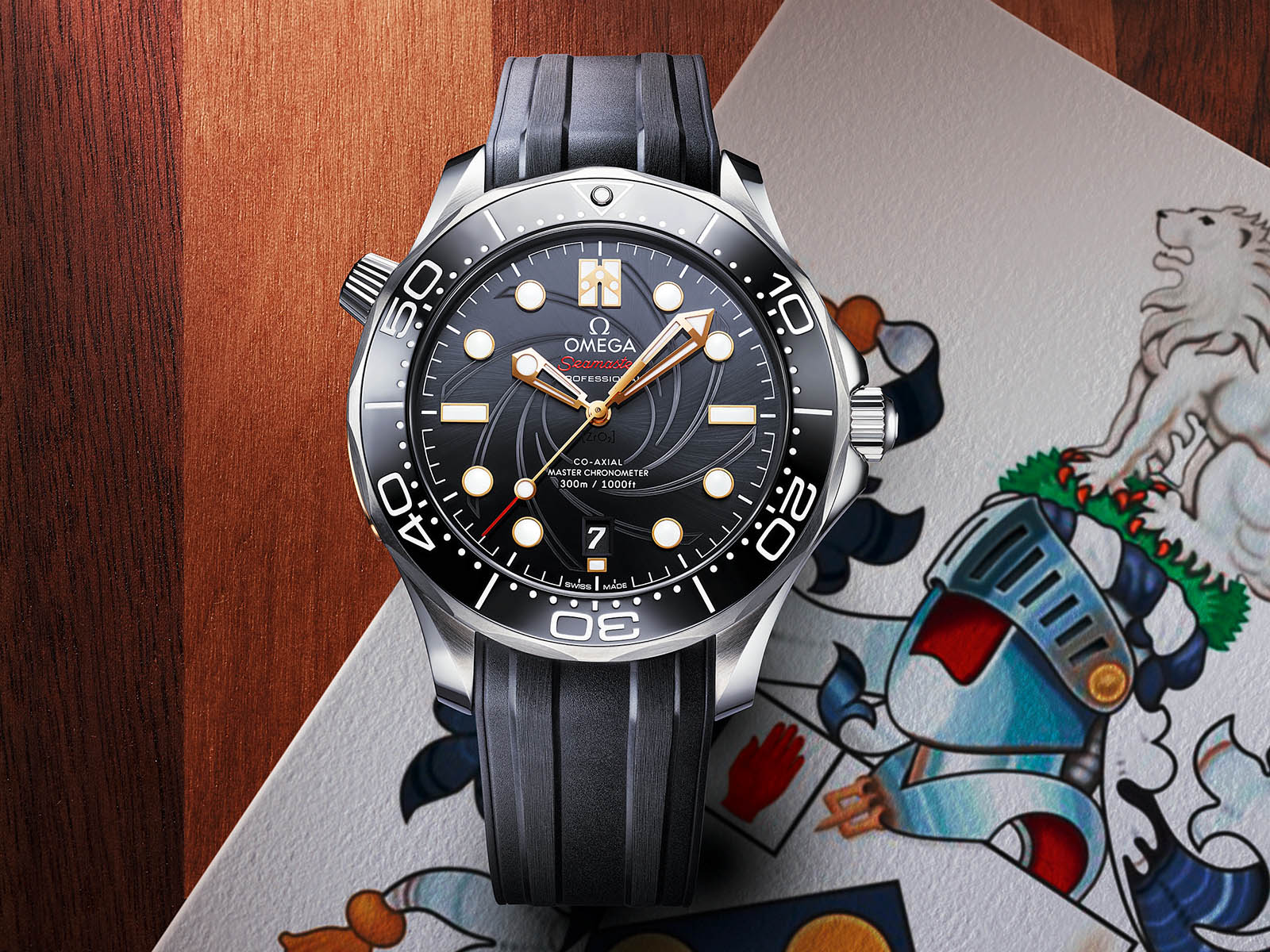 The Seamaster model family, which appeared in many Bond films within the framework of the brand partnership that began in 1995, also hosts the model attributed to the 50th anniversary of the cult production. Produced on the modern Seamaster 300 Diver platform, the model comes with a 42mm diameter and 13.5mm height designed case. Sapphire crystal glasses are on both sides of the case that is adorned with an 18K yellow gold plate on the side. 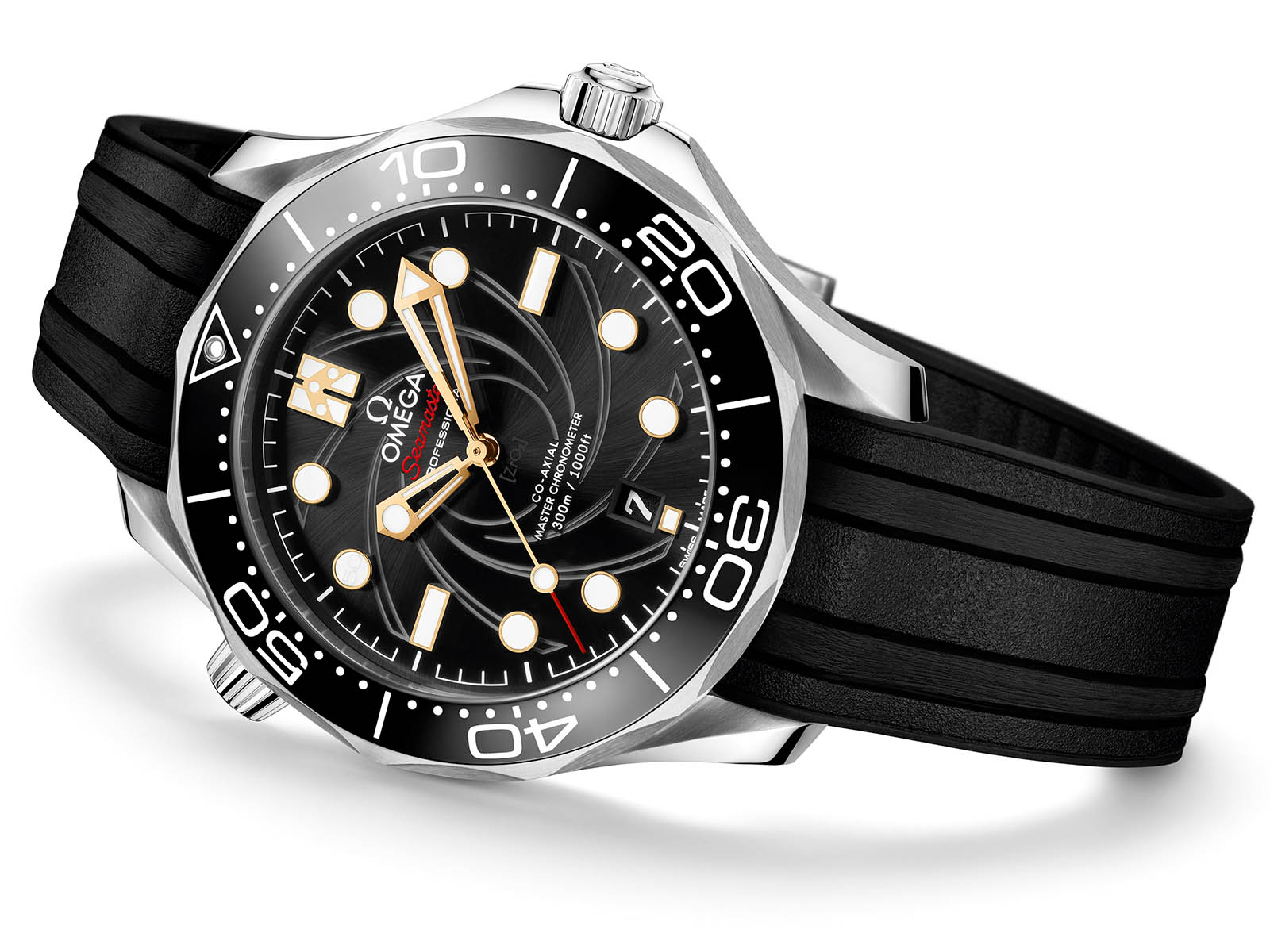 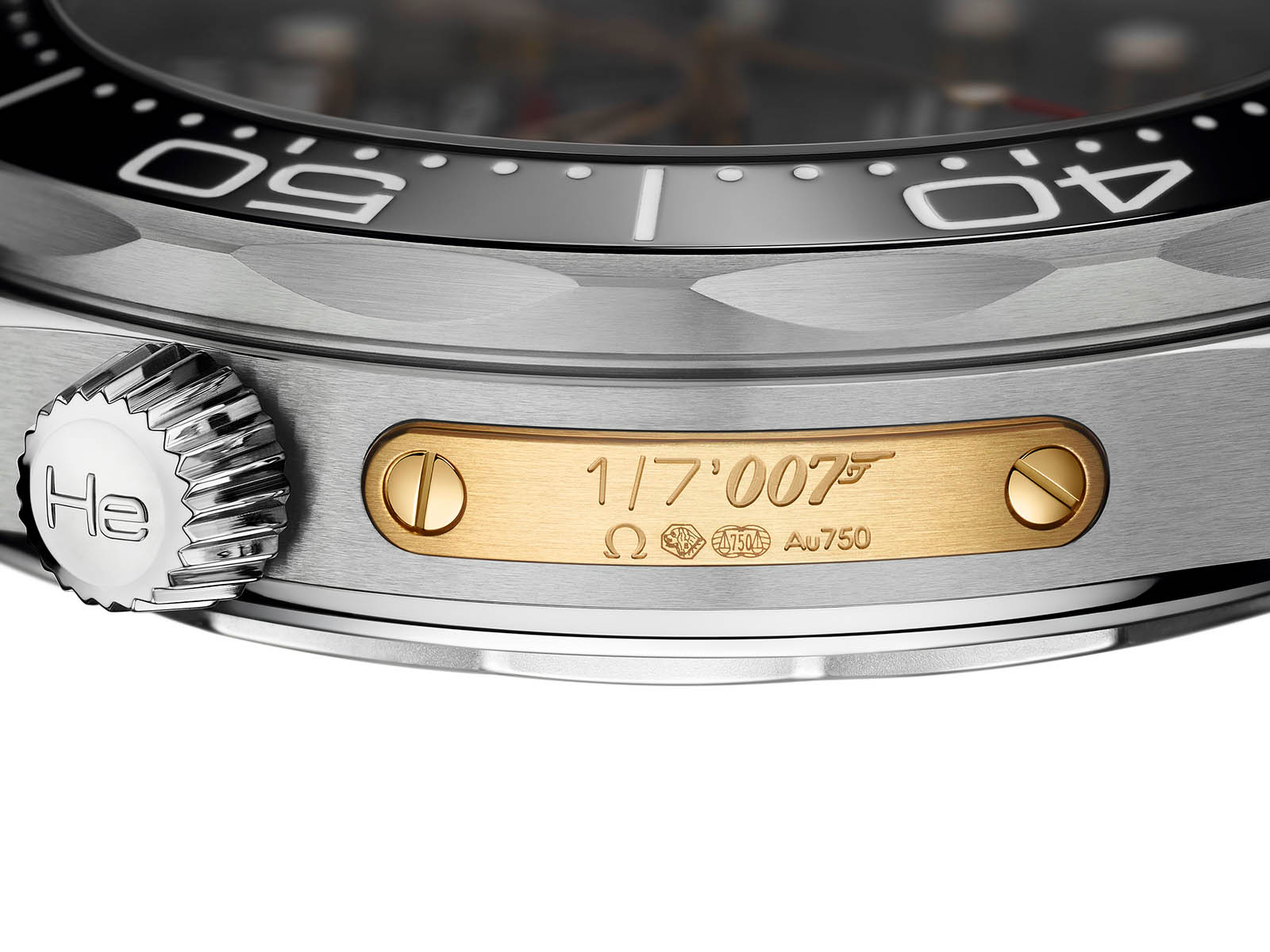 The black dial is decorated with a barrel groove motif, a Bond classic, accompanied by yellow gold hands and markers. There is a 9mm bullet illustration in the center and the date window is at 6 o’clock. 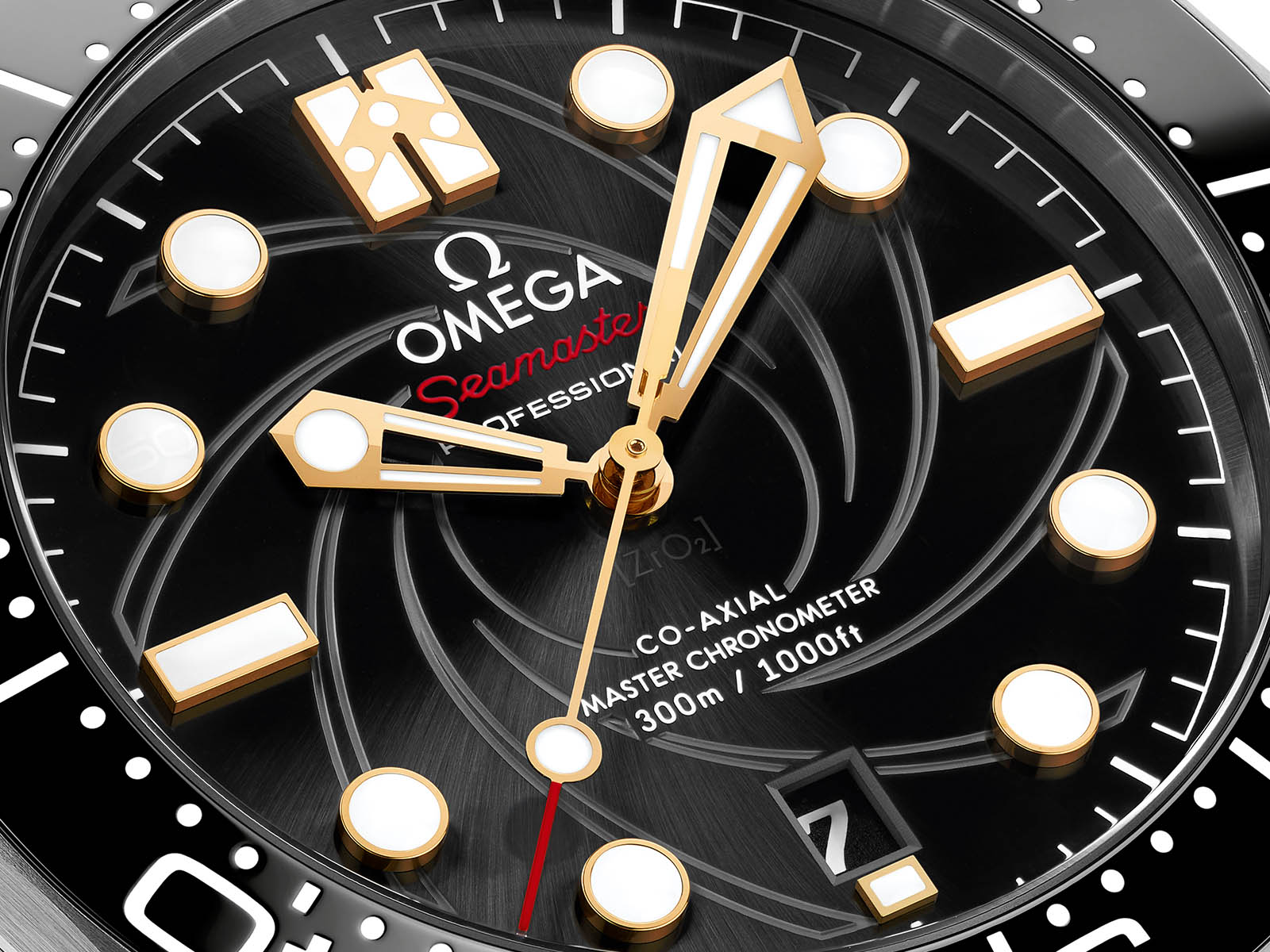 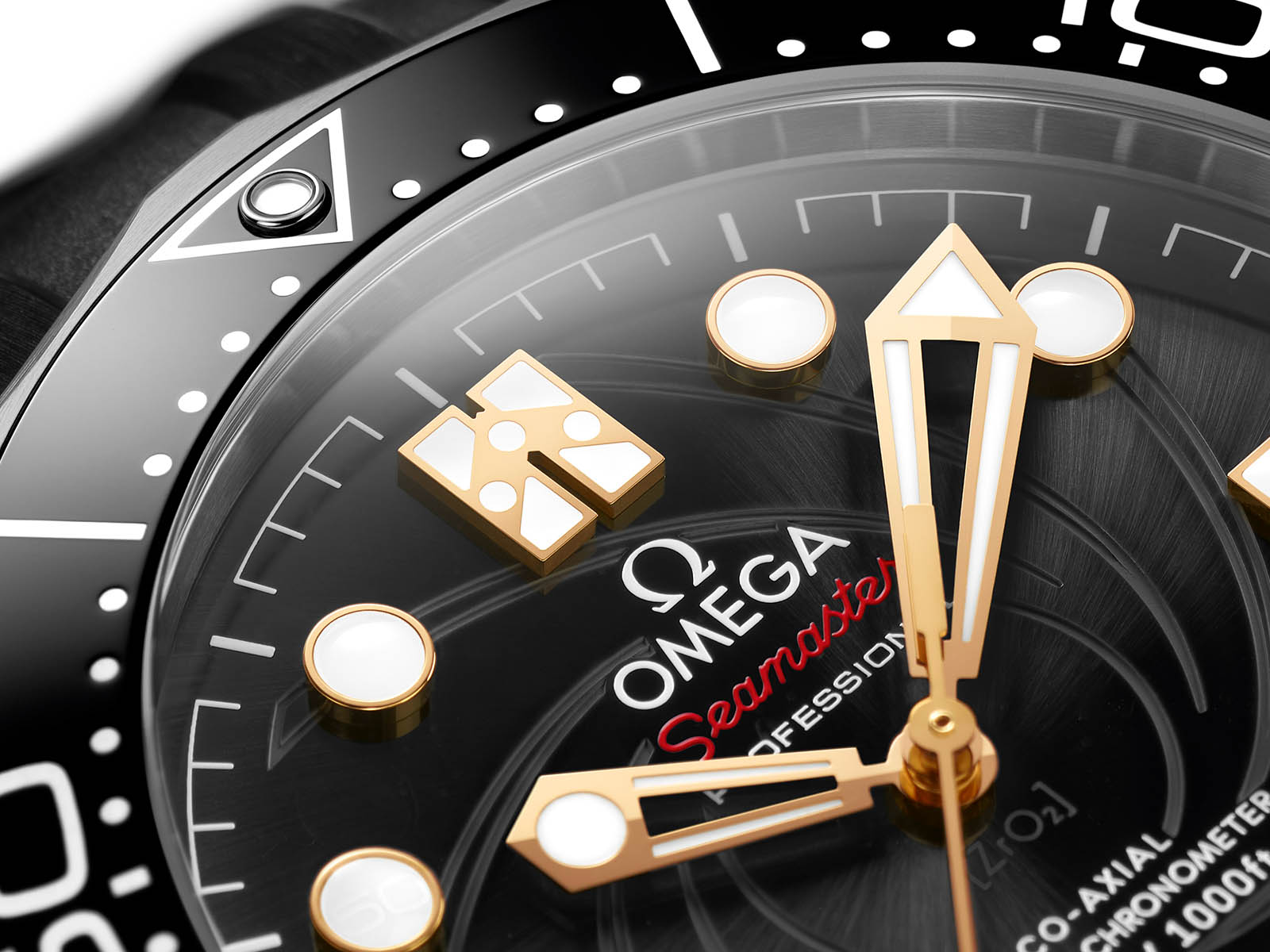 The new model is powered by the manufacture Omega Co-Axial Master Chronometer Caliber 8800. With a power reserve of 55 hours, the movement’s blackened components for the model’s theme can be viewed through the sapphire crystal display case back. 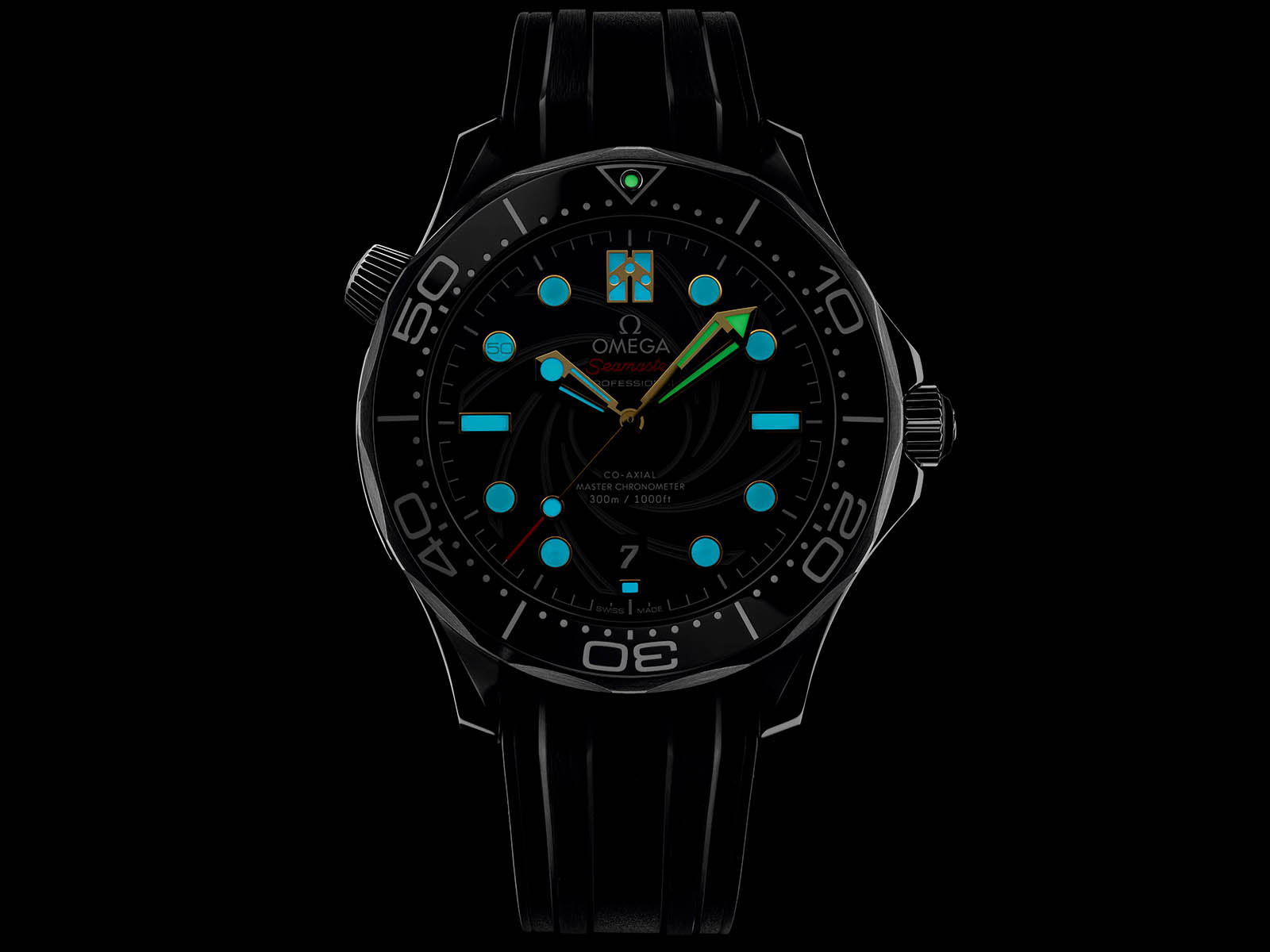 Limited to only 7007 units, the model is accompanied by a black rubber strap and a stainless steel buckle. The list price for the model that is planned to be sold as of today with the special box set is EUR 6,100. 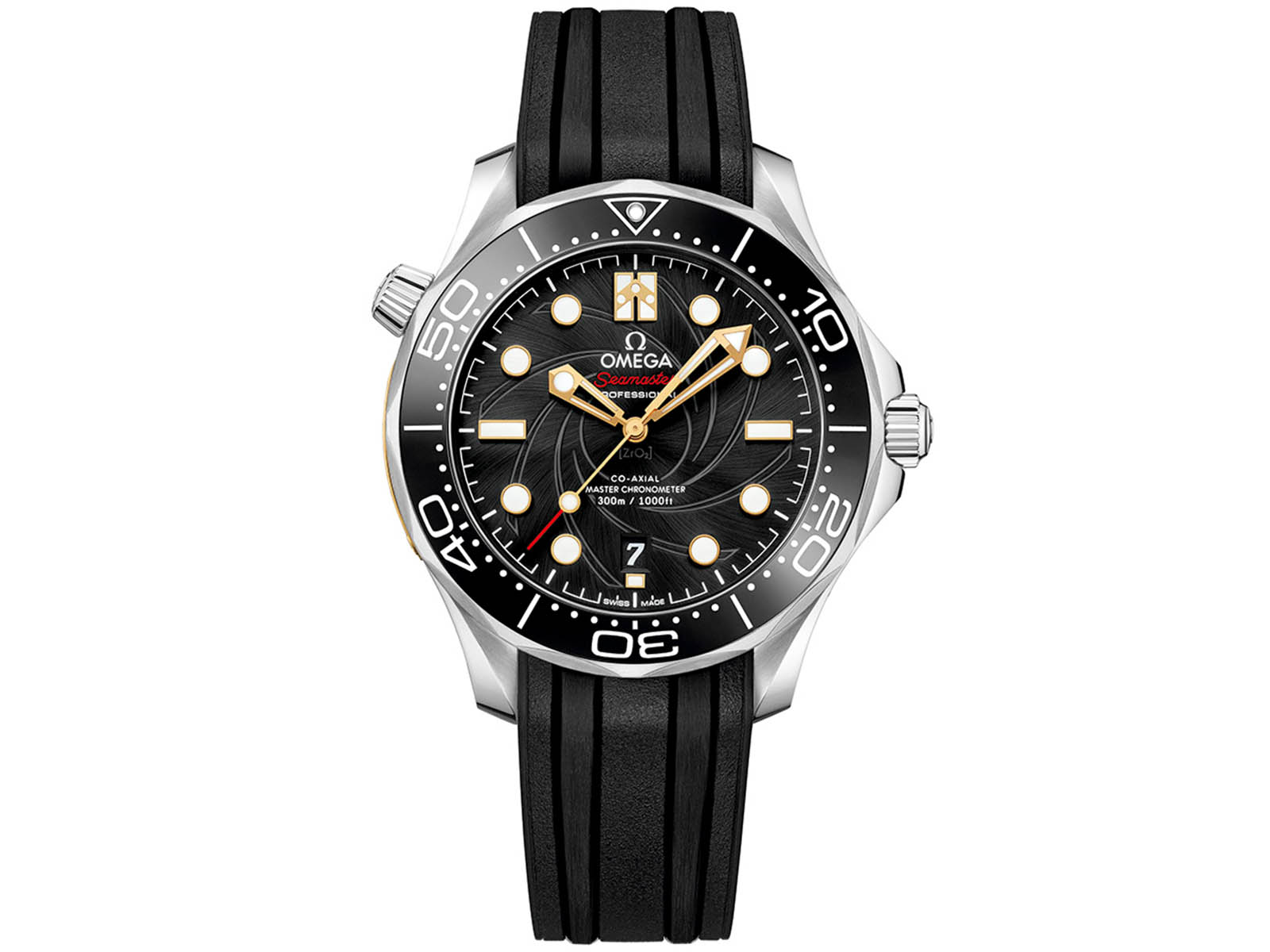 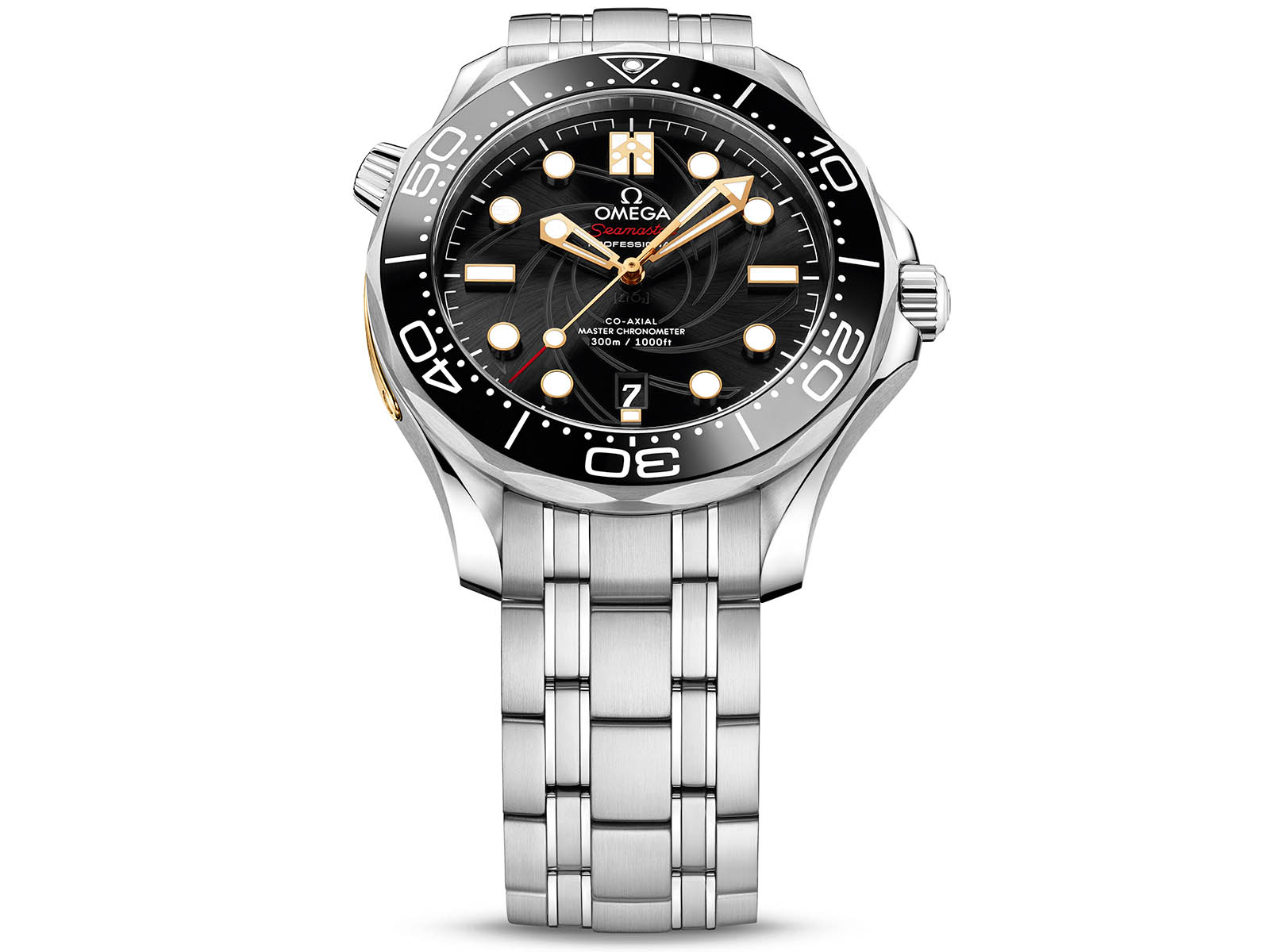 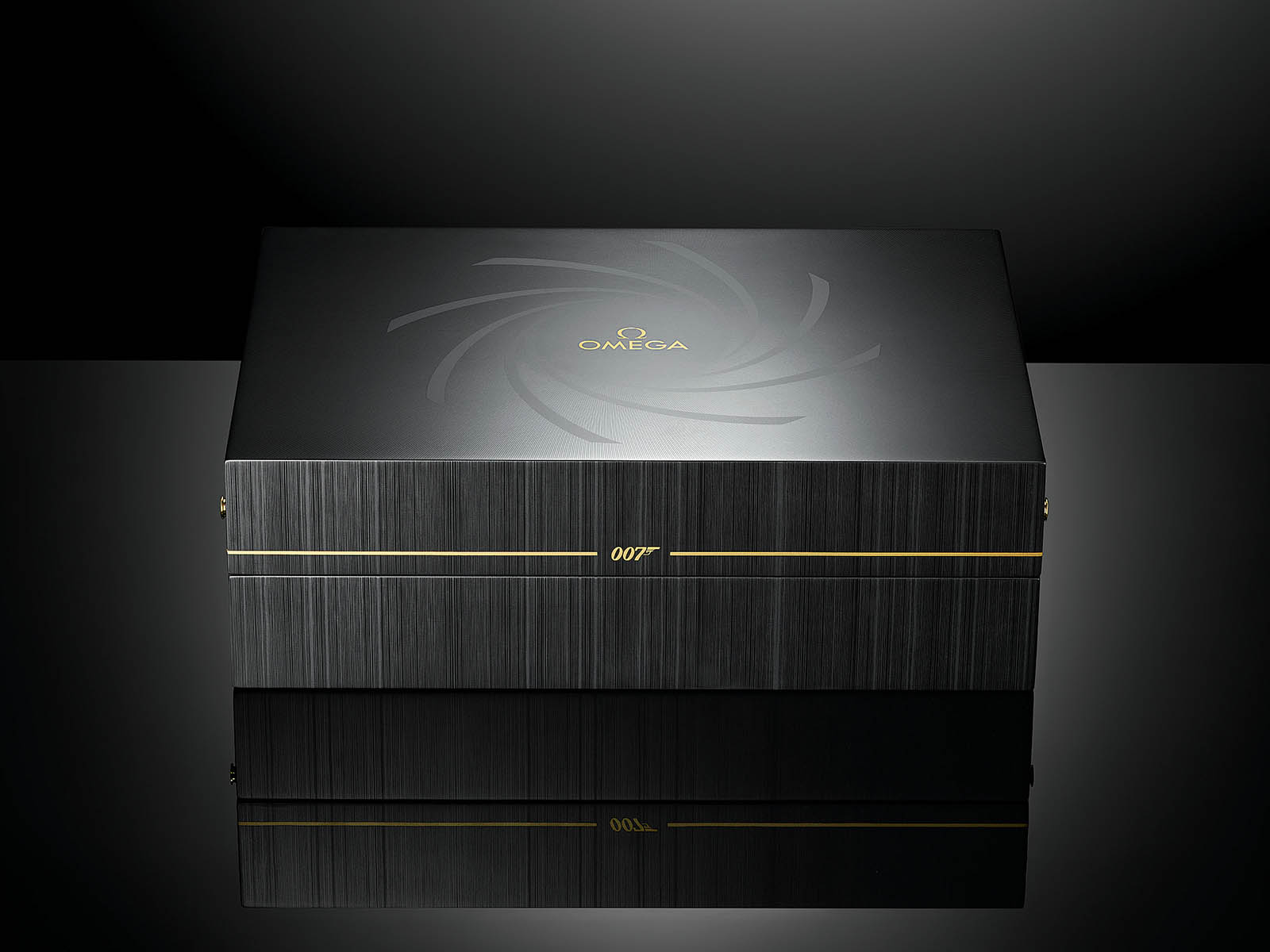 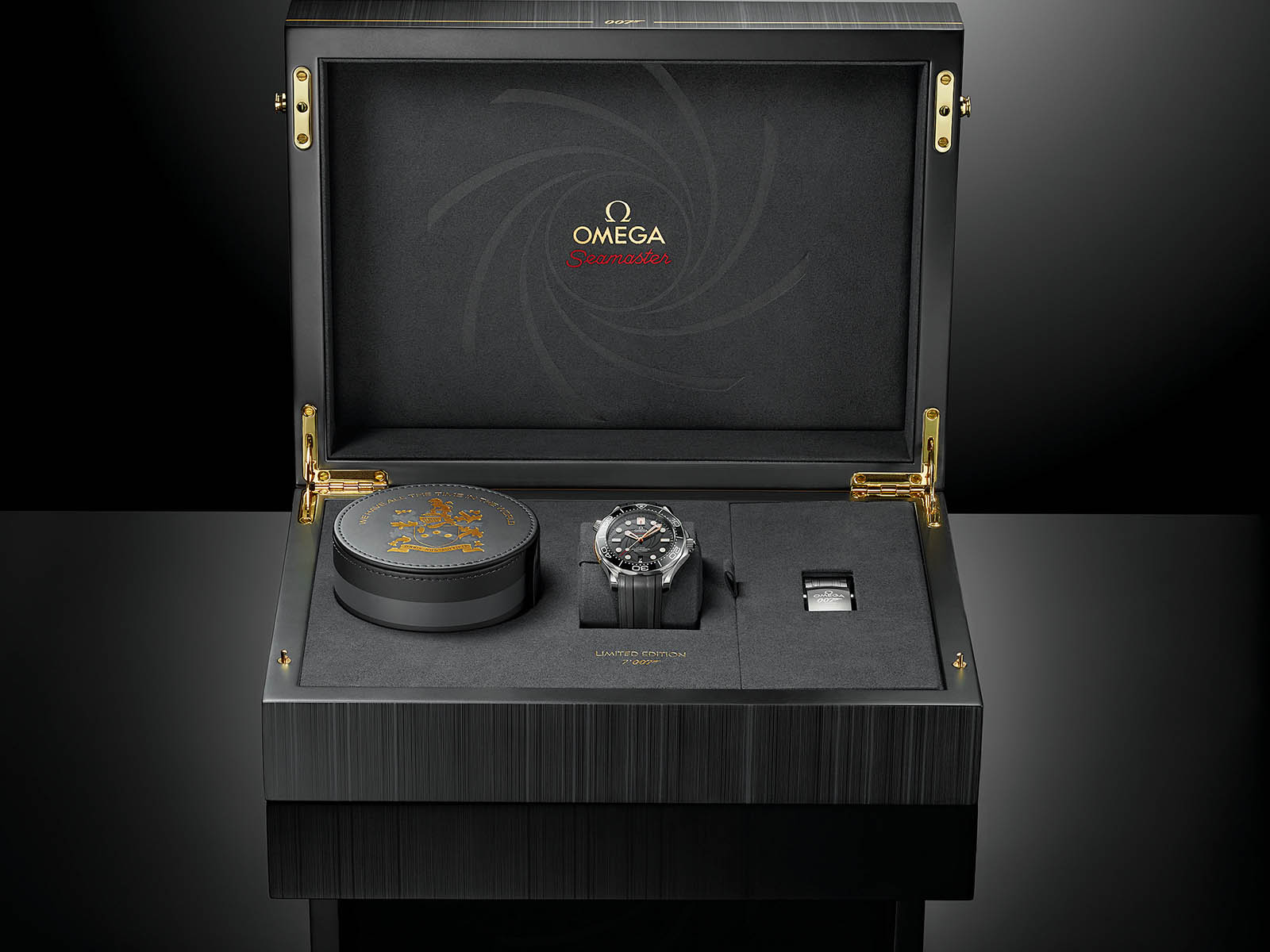 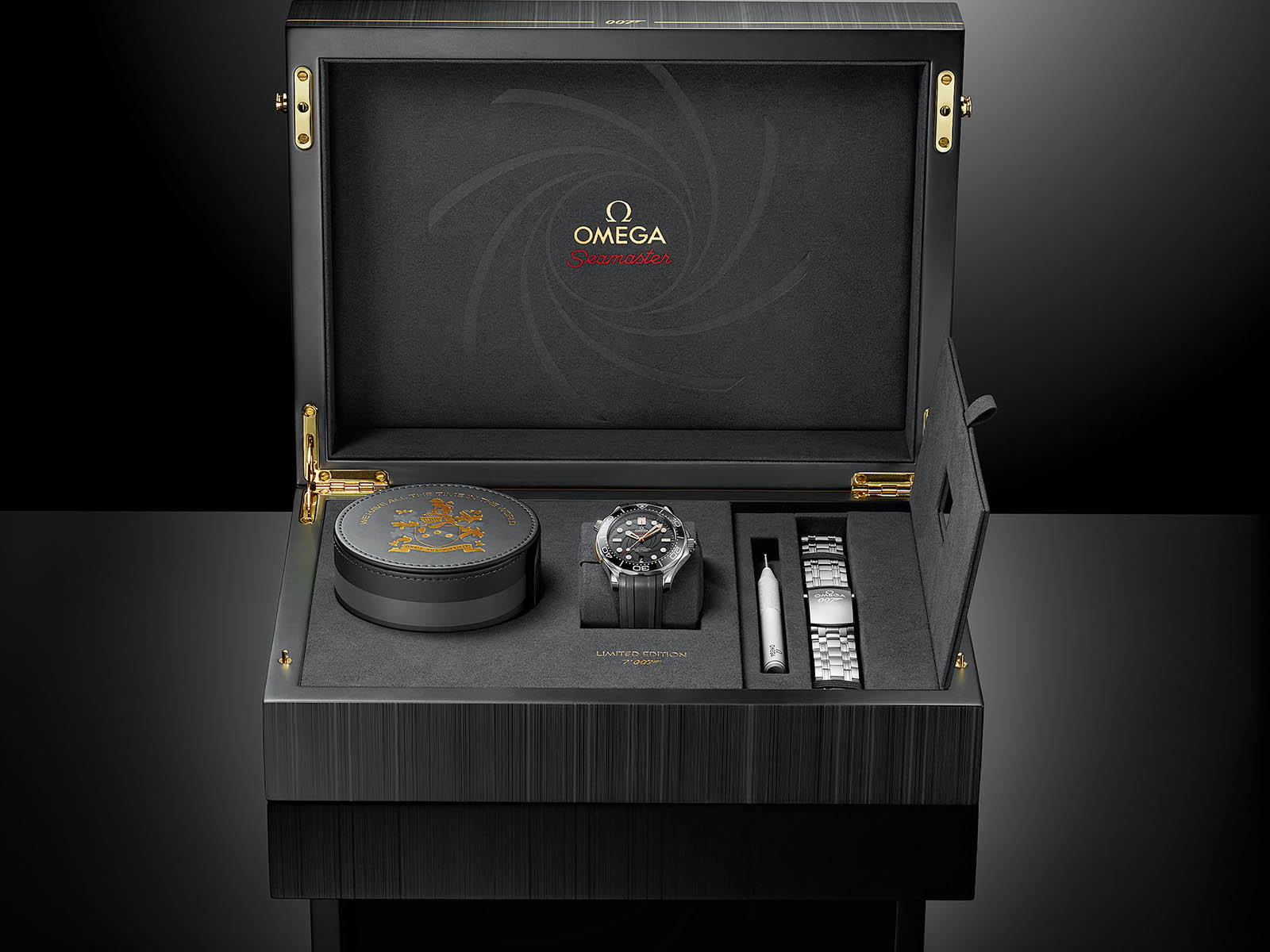