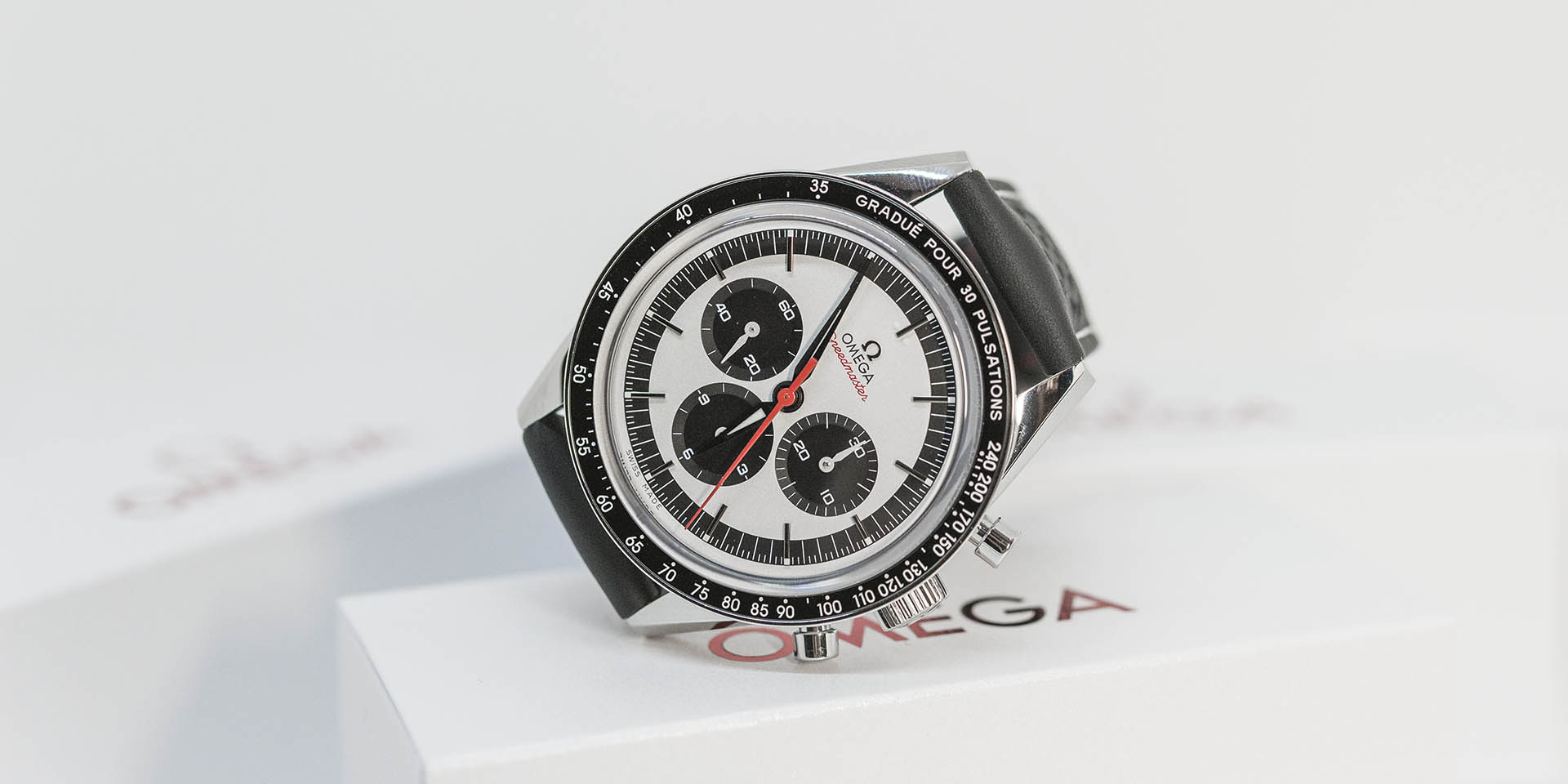 Besides being a brand new model in theory, the Omega Speedmaster CK2998 Pulsometer is actually the latest version of the CK2998 series in the Speedmaster Collection which has been debuted back in 2012 with the Speedmaster FOIS (First Omega in Space) model. Inspired by the popular Speedmaster model Ref.CK2998 of 60s, the series is known for its Vintage appeal. 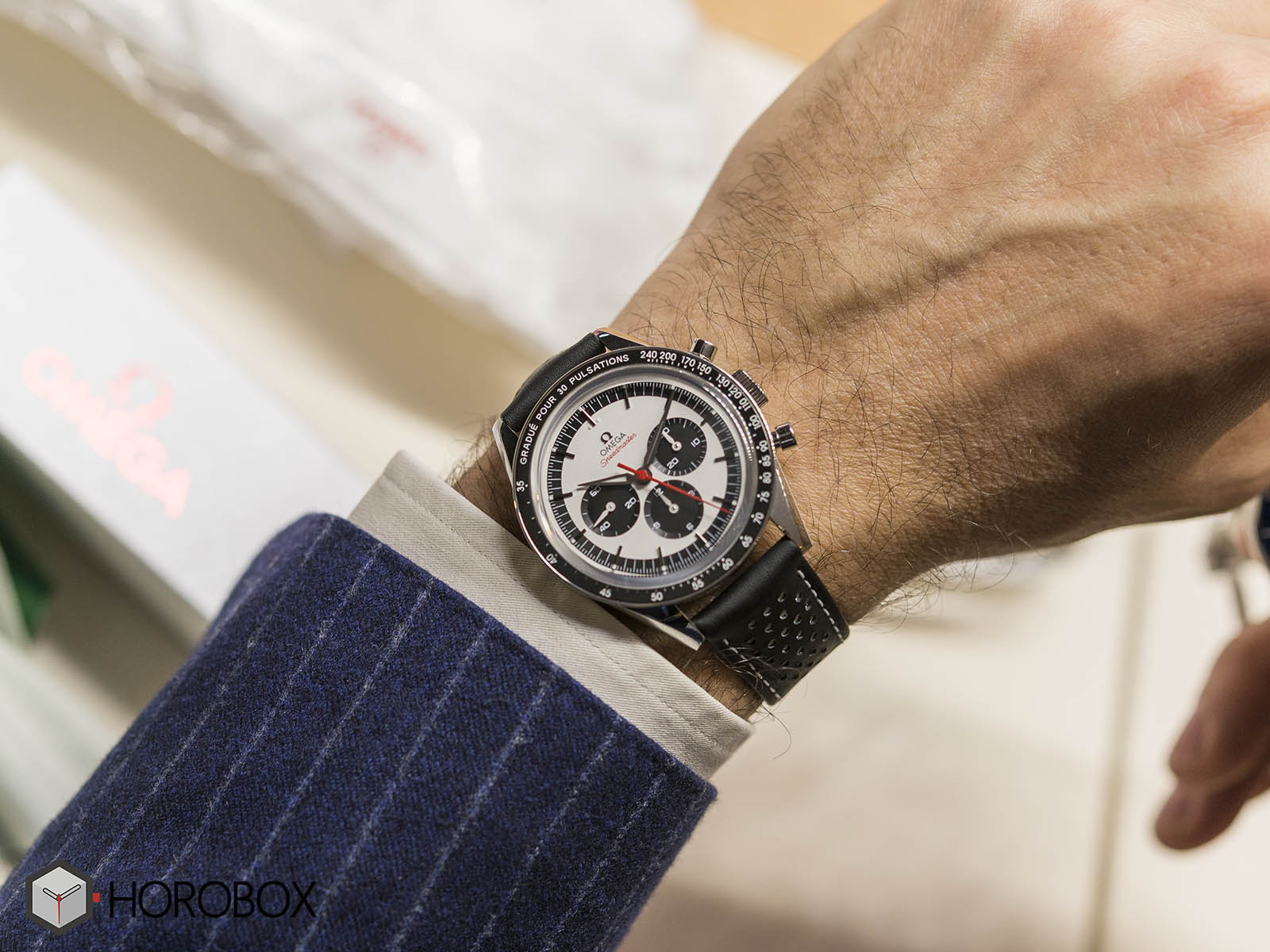 The model we have here was introduced at the Baselworld 2018 exhibition as a part of brand’s novelties. Unlike the new models in the Seamaster Collection which celebrates its 70th anniversary this year, Omega Speedmaster CK2998 Pulsometer was casually introduced instead of being officially promoted.

Omega Speedmaster CK2998 Pulsometer comes in a stainless steel case measuring 39.70mm in diameter and 14mm in height. The stainless steel case wears a click bigger that it is thanks to its straight lug design. 50 meters water resistant case is equipped with a Box Type scratch resistant sapphire crystal that suits with the overall Vintage appeal and a solid stainless steel case back decorated with an embossed Speedmaster logo. The front face also sports a black ceramic pulsometric bezel with inscription and track in white enamel. Omega signed large winding crown and classic piston type chronograph pushers are present at the right side of the case. 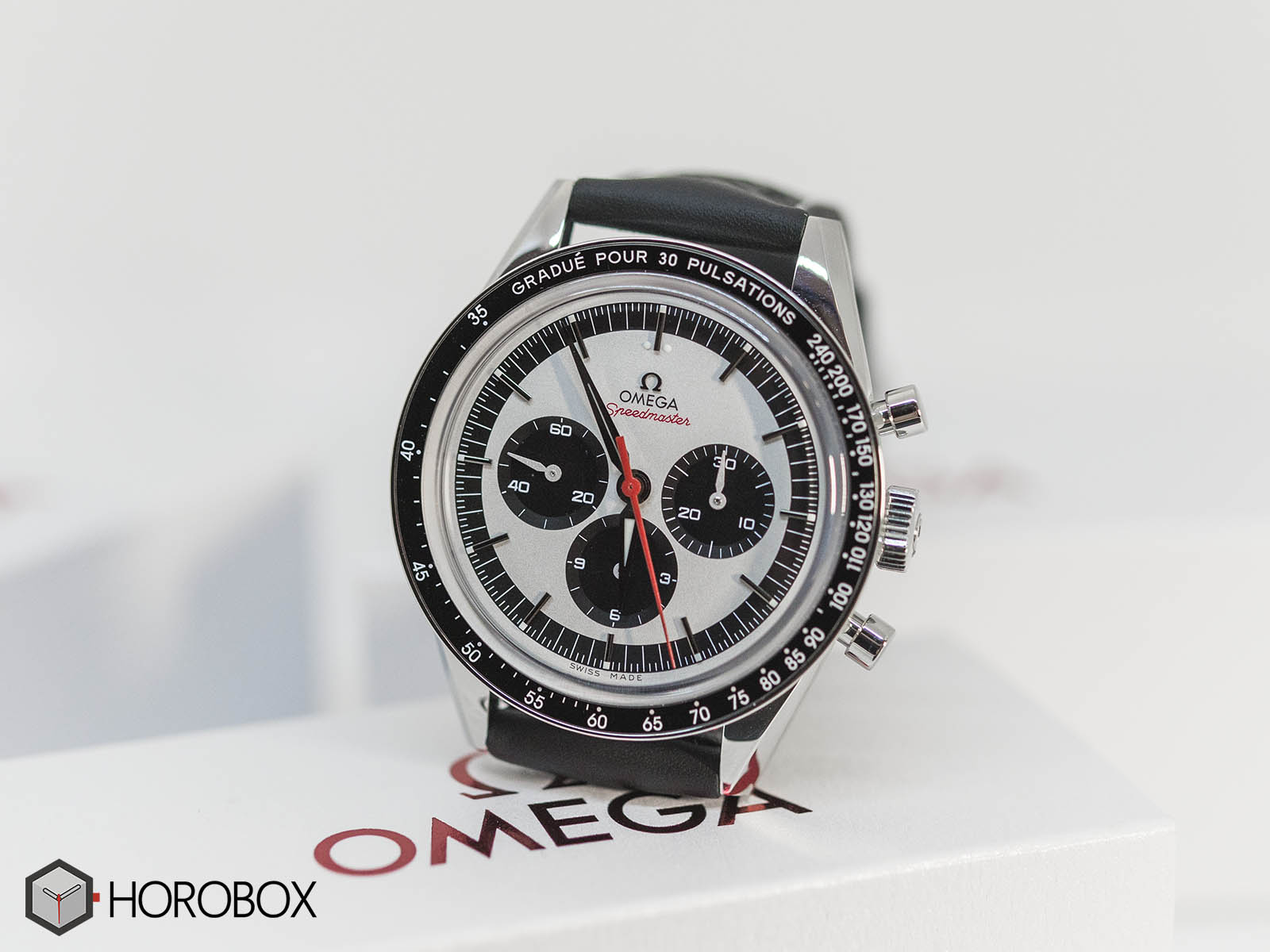 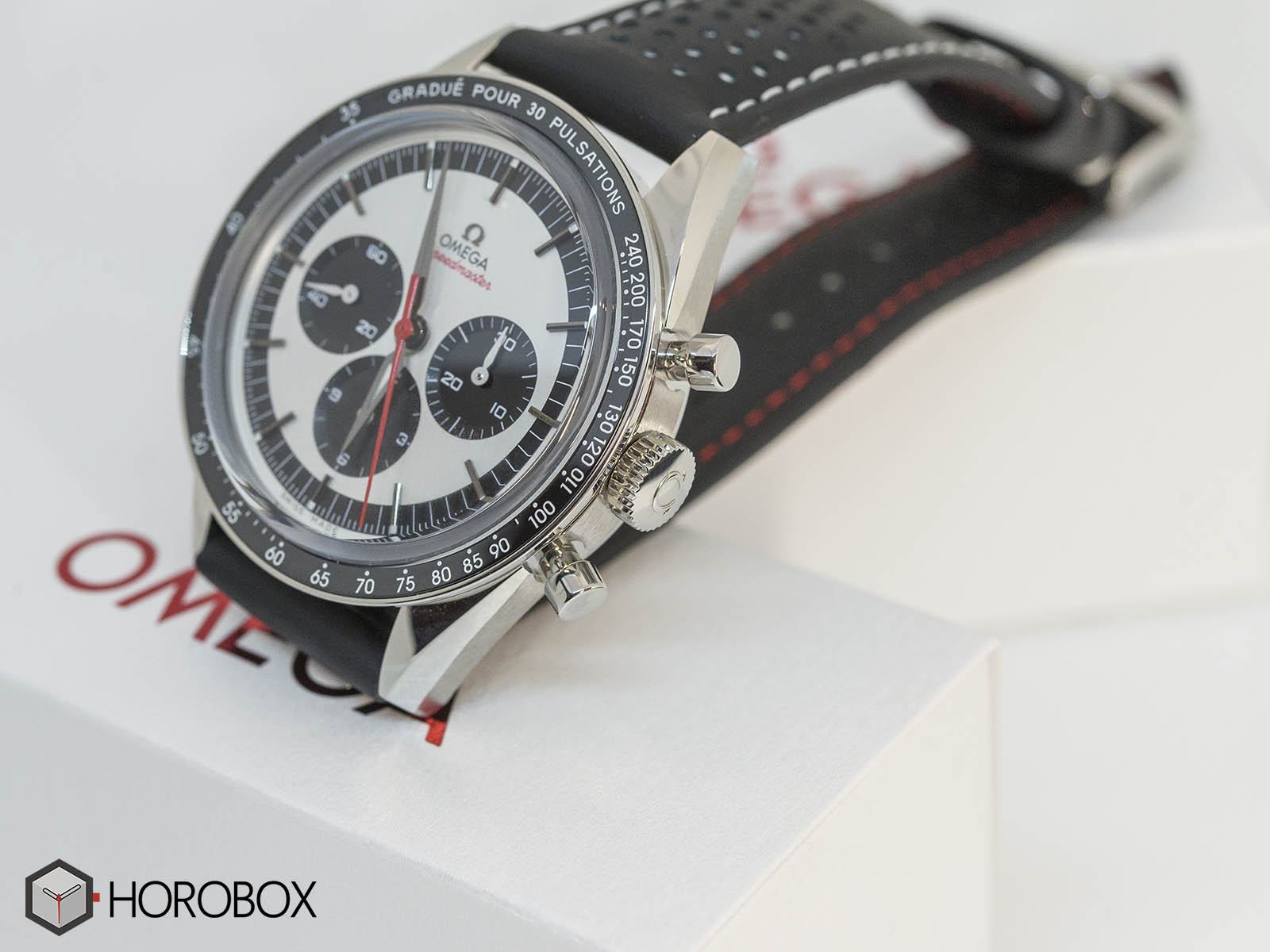 The dial of the new model is designed in Panda style which was quite popular back in 1960s. The sub-dials and hours/minutes inner scale in finished in contrasting black over white base. Alpha type hands are accompanied by baton style hour marker. The central second hand is finished in red as well as the Speedmaster logo at 12 o’clock. 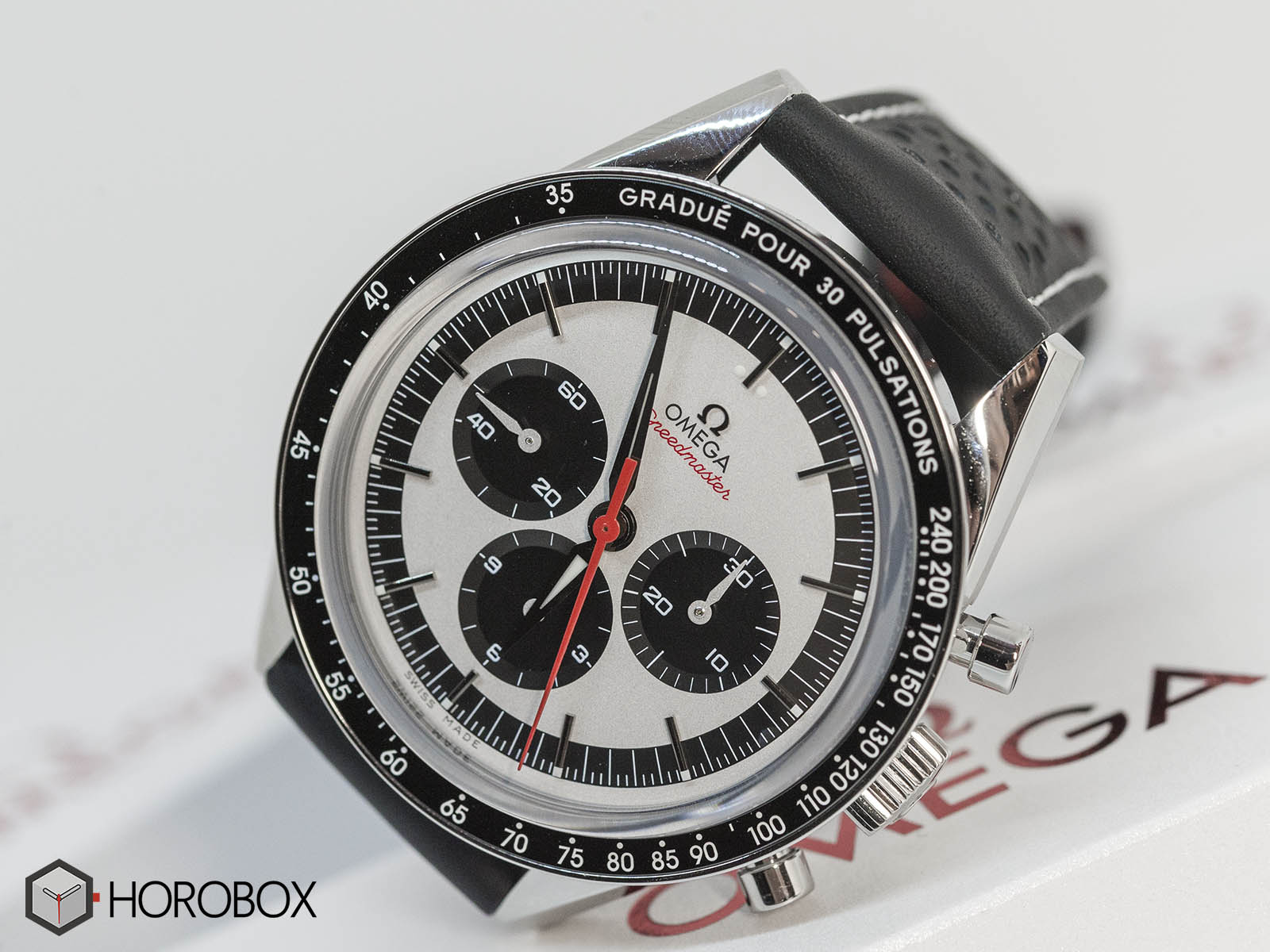 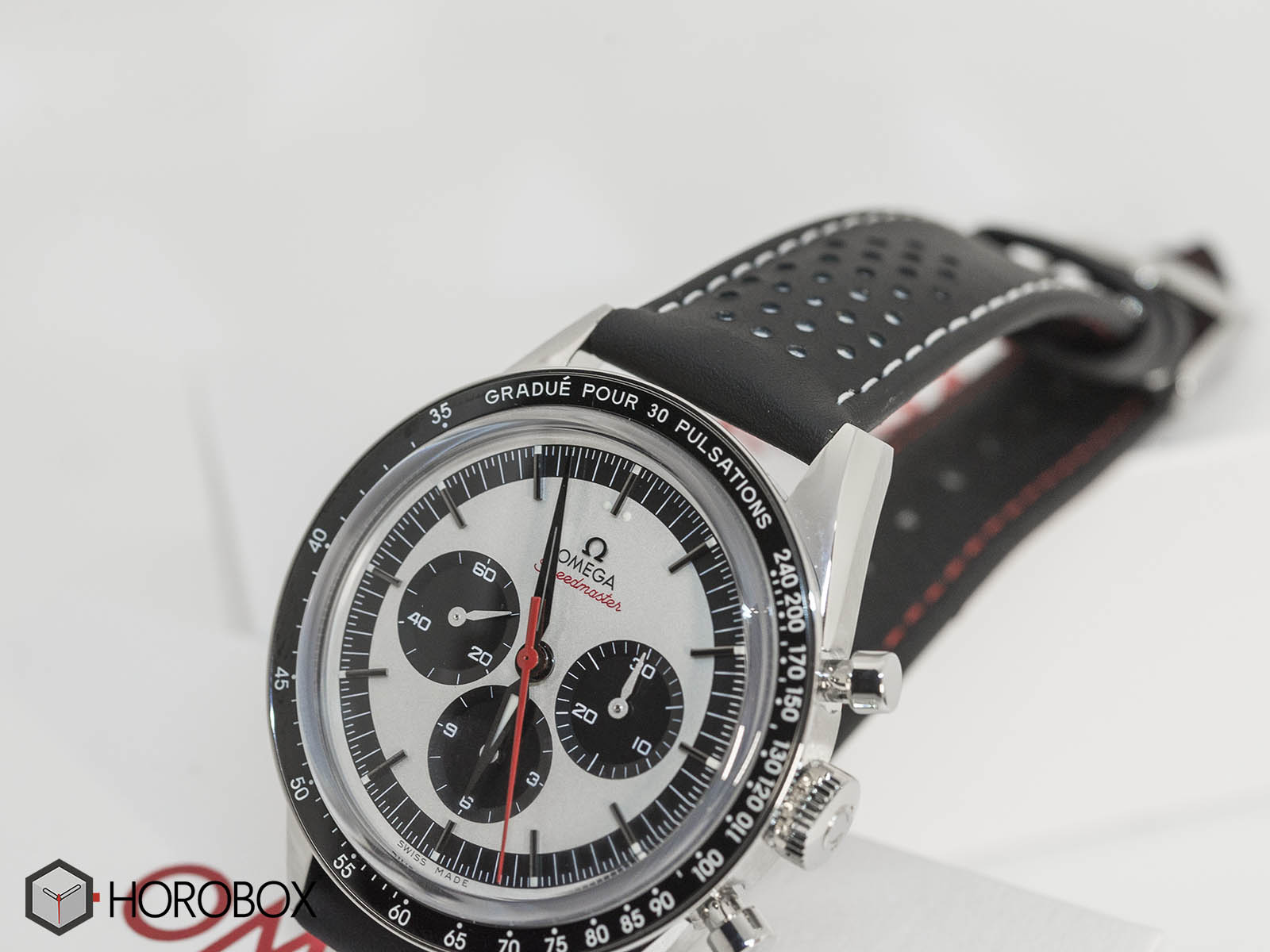 Omega Speedmaster CK2998 Pulsometer ticks with the brand’s Caliber Omega Ref. 1861 movement. Based on the legendary caliber Lemania 1873 which has been used in many Speedmaster models including the iconic Moonwatch, 18 jewels self-winding movement beats at 3Hz and offers 48 hours of power reserve when fully wound. Besides the time keeping function, the movement is also equipped with chronograph feature. 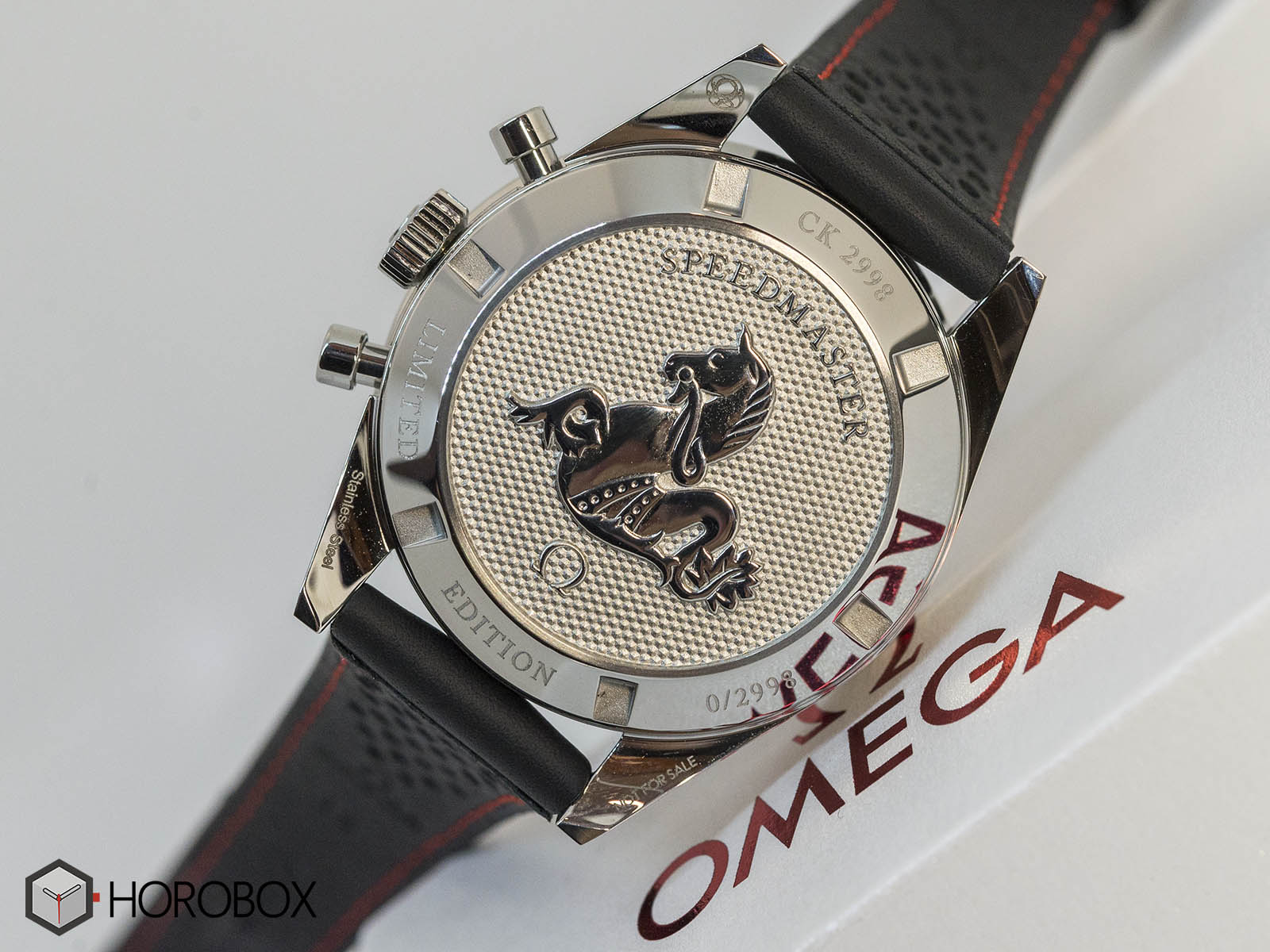 The new model comes on a 19mm perforated black calf leather strap with contrasting white stitches. The strap is secured by an Omega signed pin buckle made of stainless steel. Omega Speedmaster CK2998 Pulsometer is limited to 2998 units only and available with a MSRP of 5400, 00 CHF. 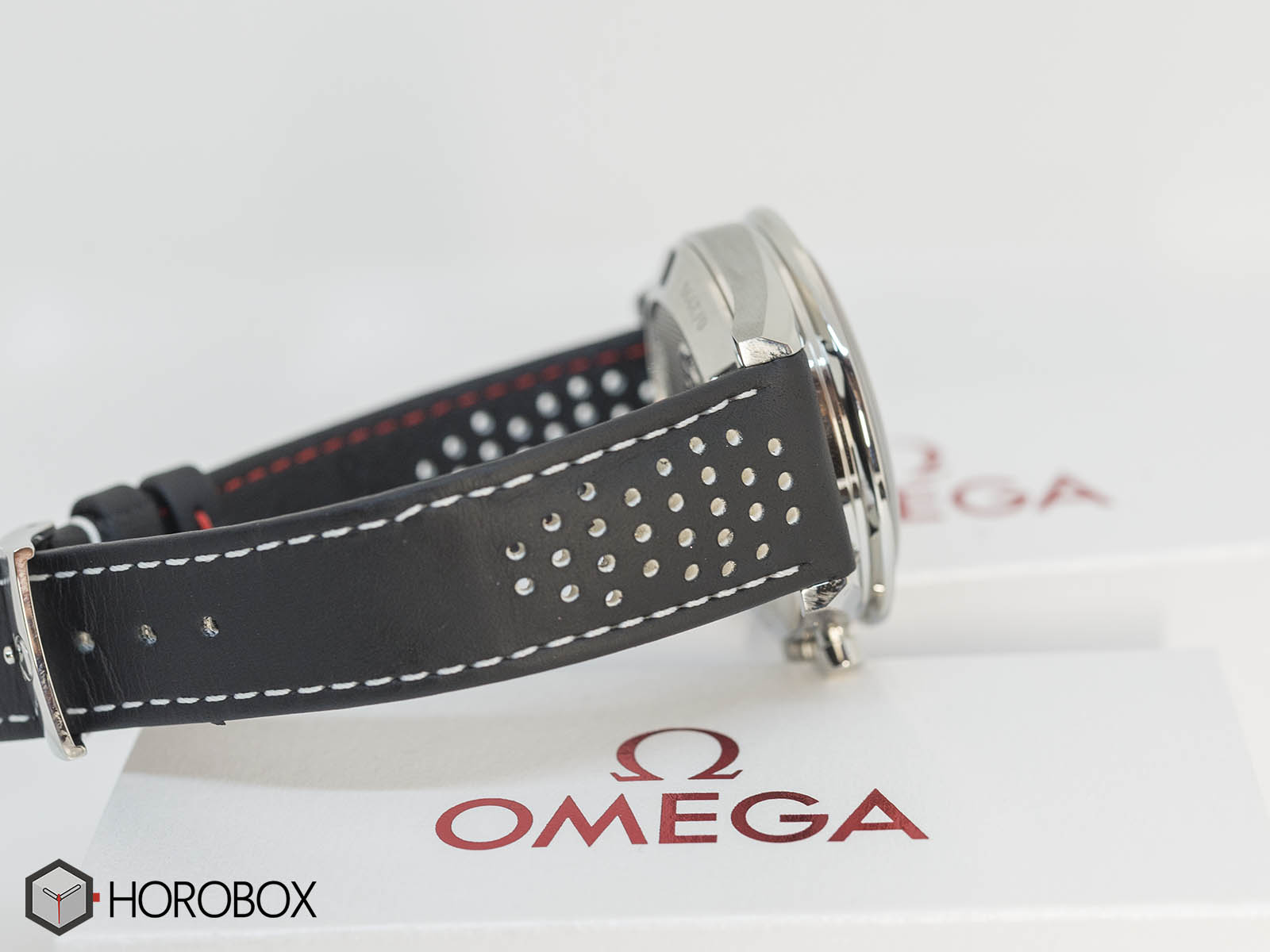 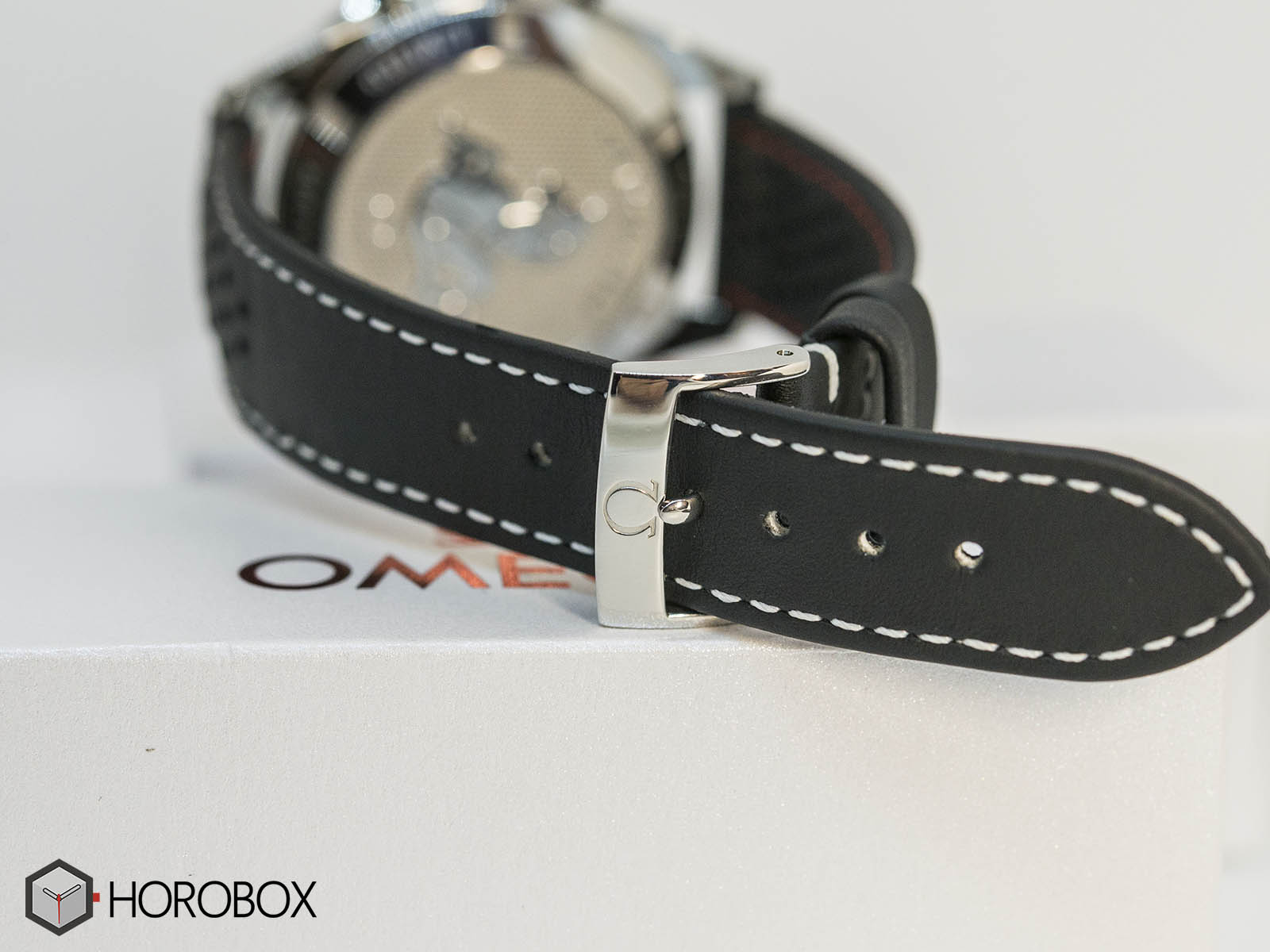