Among the many novelties introduced at the SIHH 2018 exhibition that we have left behind, there is no doubt that the Panerai Lo Scienziato Luminor 1950 Tourbillon GMT Titanio (PAM00767) was one of the most remarkable ones. PAM767, which can be called the updated version of the first Lo Scienziato model introduced by the famous brand in 2016, comes with newly added blue details. 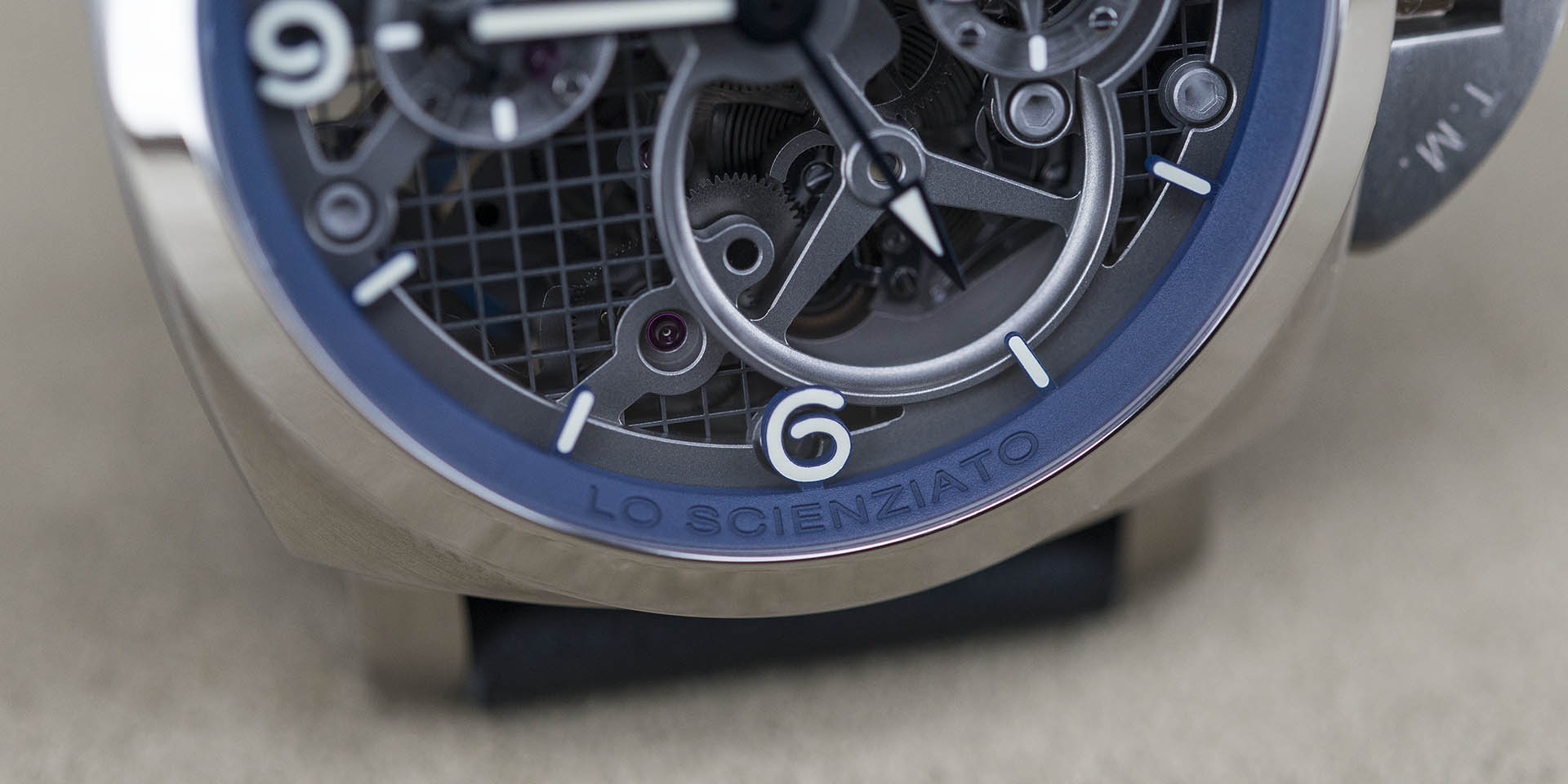 Panerai Lo Scienziato Luminor 1950 Tourbillon GMT Titanio (PAM00767) is the updated version of the first Lo Scienziato which was introduced at the SIHH 2016. Designed and manufactured totally by Panerai, the new Lo Scienziato shares the same features with its predecessor in terms of technology and materials. The cosmetic changes include updates tailored to the blue theme that Panerai has frequently featured in its product line in recent years. 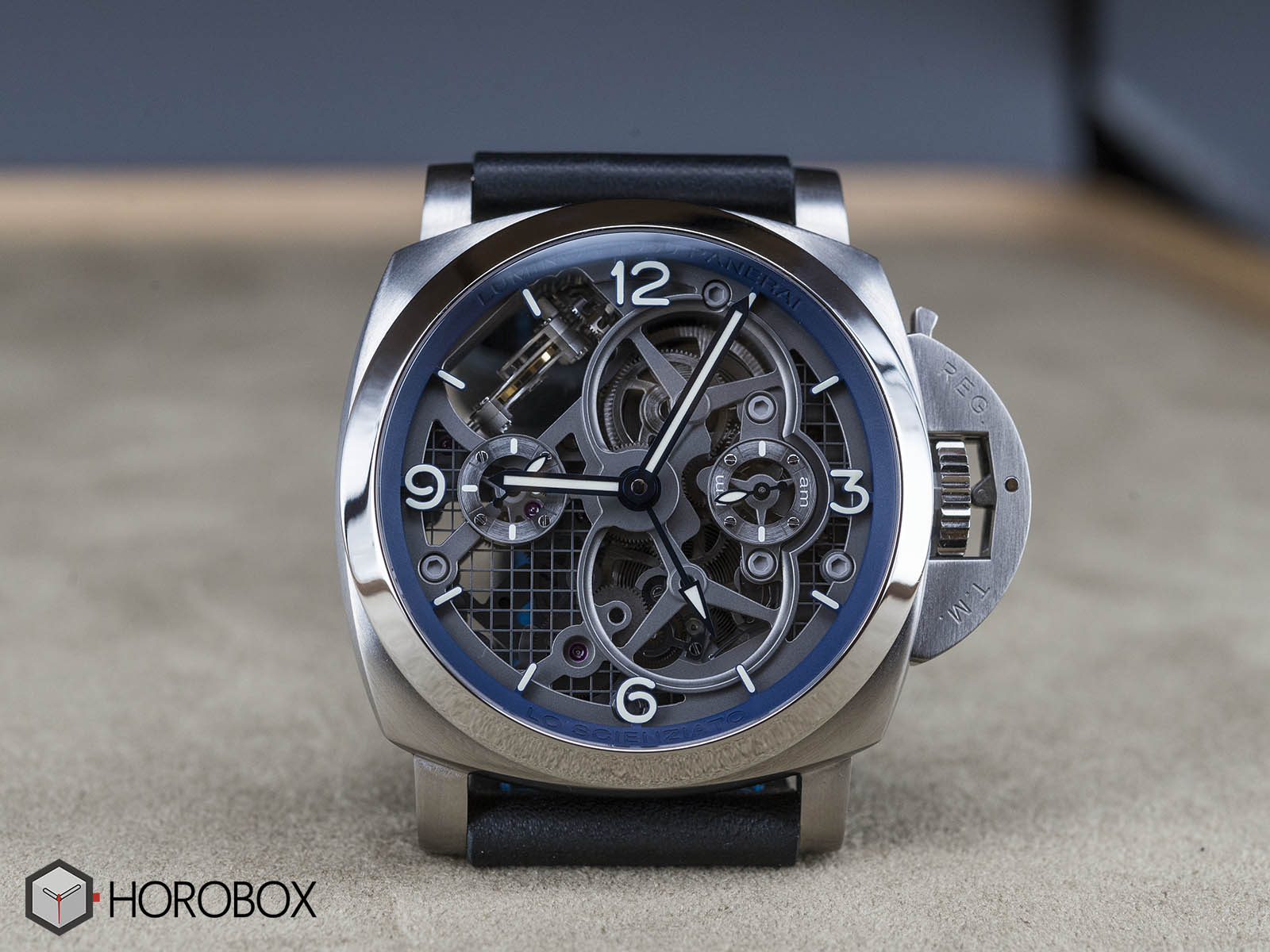 The model is offered in a 47mm diameter Luminor 1950 style case made of ultra-light Titanium. As in the previous version, the case is manufactured by Panerai’s 3D "Direct Metal Laser Sintering" technique, which is printing of 0.02 mm layers of Titanium that are welded together to create a full form. Thanks to the Titanium alloy used for producing the case, PAM00767 is quite “wearable” despite its large diameter and a group of high-complications. 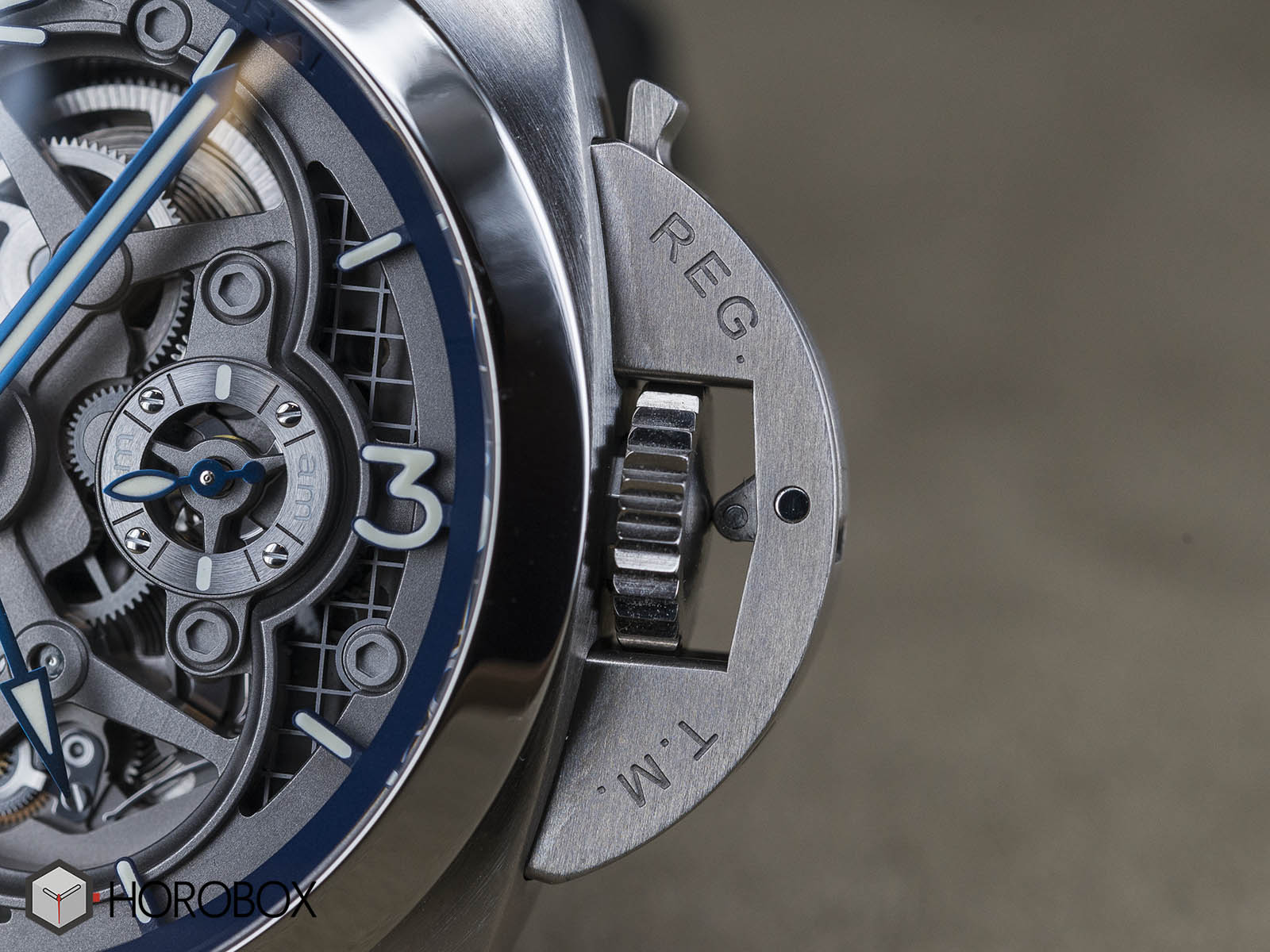 The case is equipped with scratch resistant sapphire crystals on both sides and it is water resistant to 100 meters which is more than enough for such a complicated timepiece in terms of everyday use. 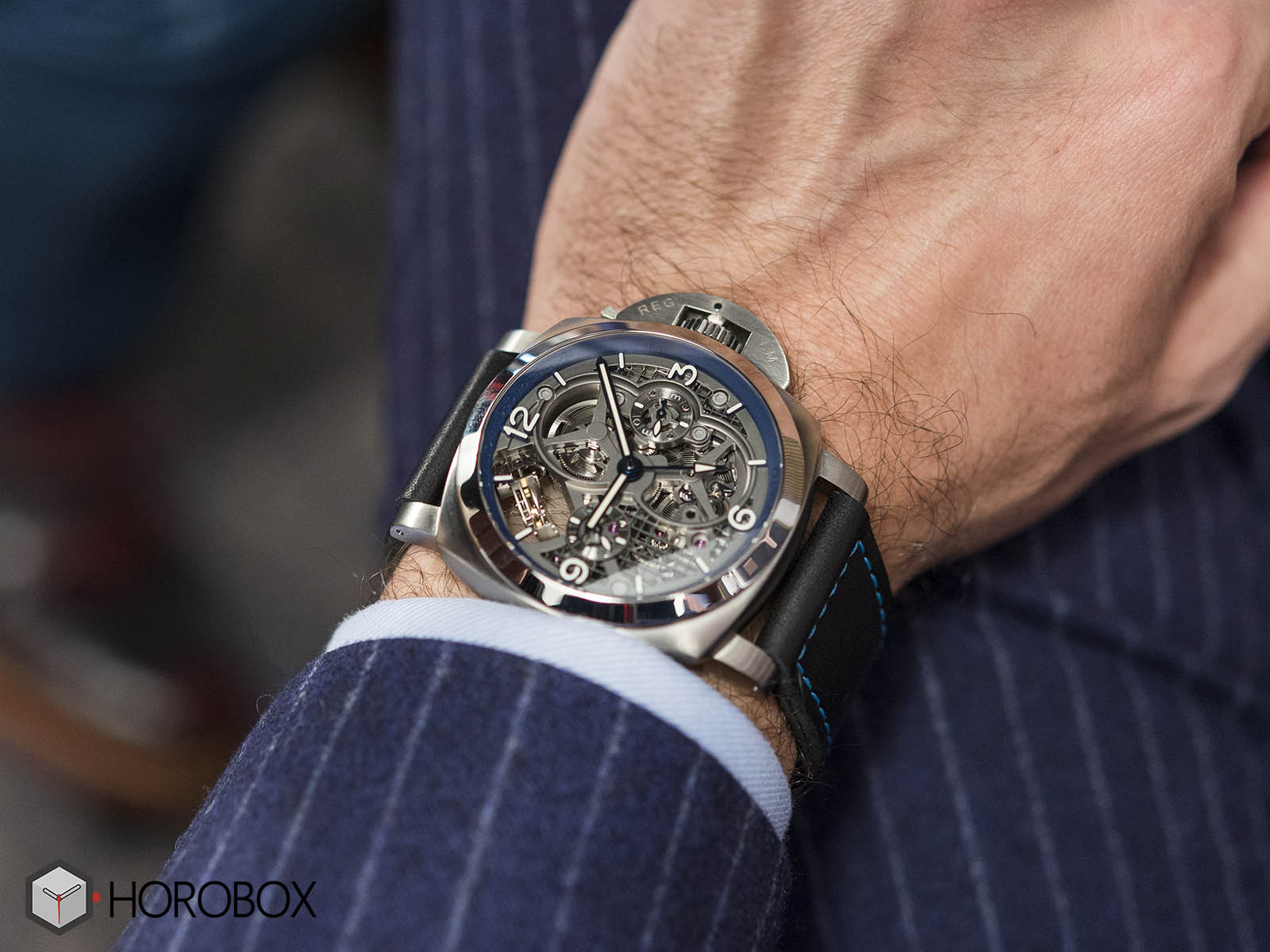 For the Panerai Lo Scienziato Luminor 1950 Tourbillon GMT Titanio (PAM00767), it is unlikely to mention of a conventional dial, as the new model is built with a skeleton dial as it was in the previous version. A small seconds counter, which is a Panerai classic, is located at clock 9, and the AM / PM indicator is located at 3 o’clock in the figure on the dial which also features 12, 3, 6 and 9 hour markers.

The dial where many of the crucial details of the movement, including the Tourbillon, can be enjoyed is surrounded by a chapter ring finished in blue. The hands are also finished in matching blue tone as well. 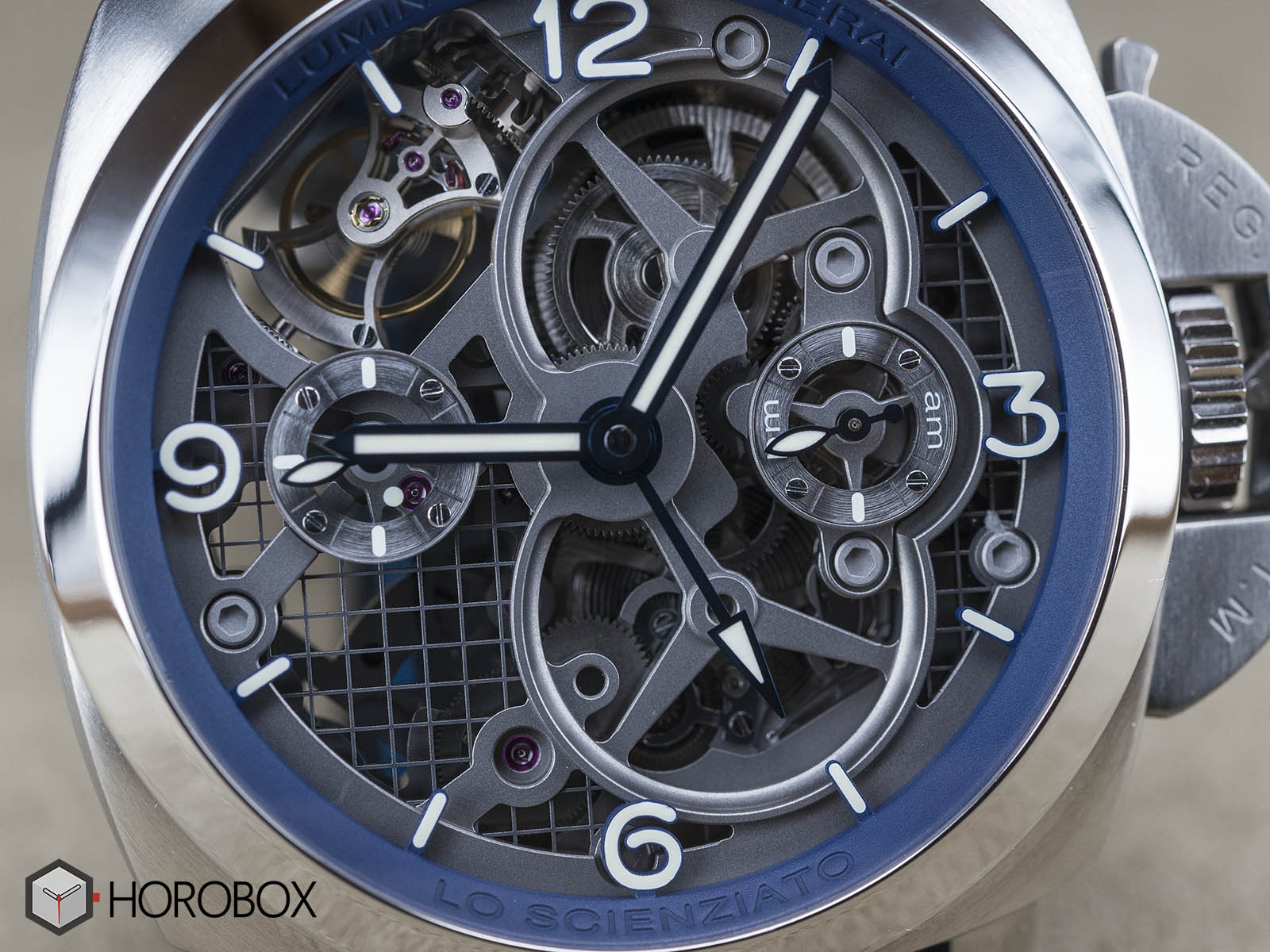 The new model shares the same movement Caliber P.2005 / T with its predecessor launched in 2016. Besides the time keeping function, the movement is equipped with high-complications like Tourbillon, second time zone display, AM/PM sub-dial and a power reserve indicator that can be seen through the rear side. Hand-wound Caliber P.2005 / T beats at 4Hz (28,800vph) and offers a power reserve of 144 hours when fully wound. 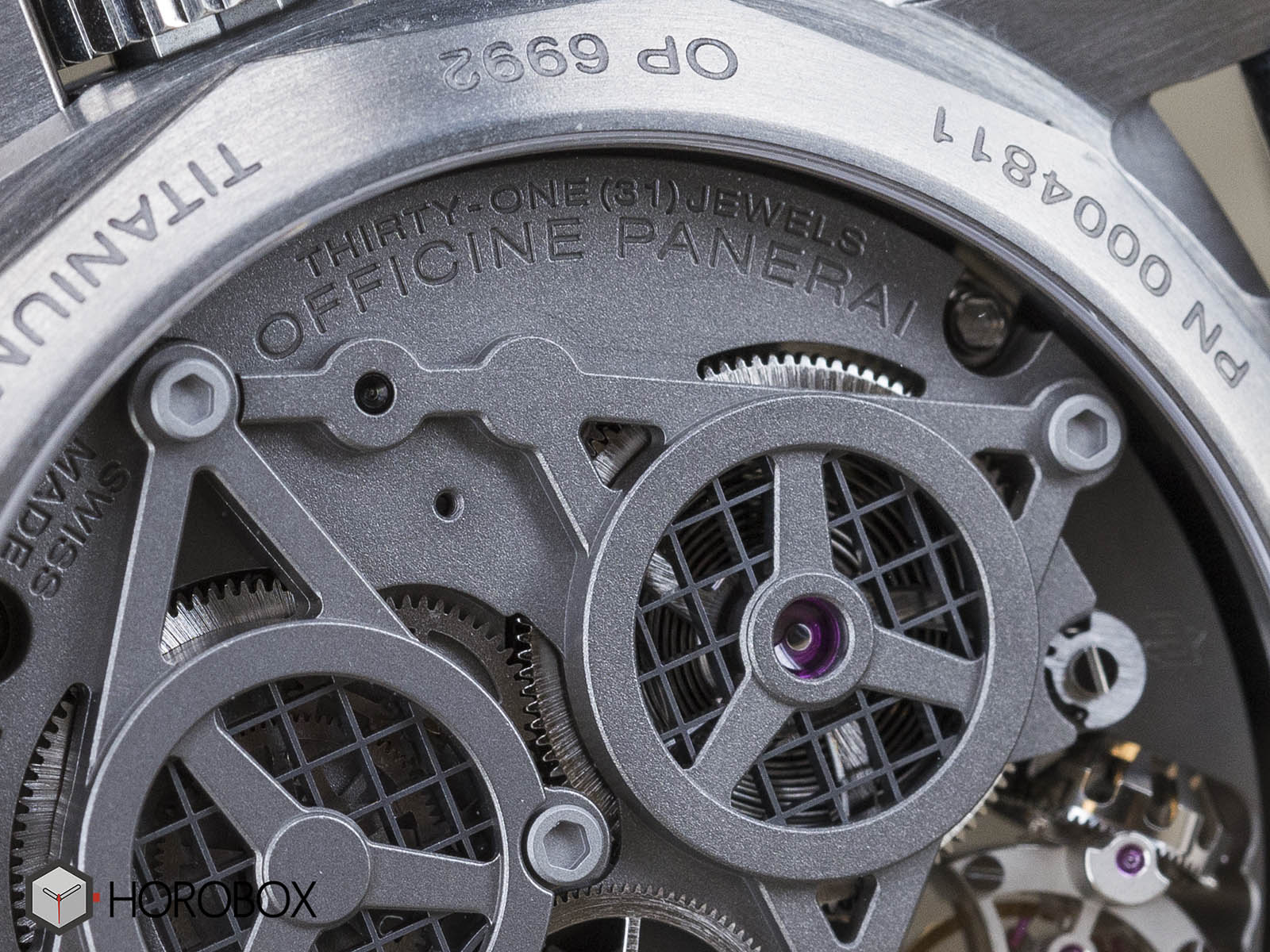 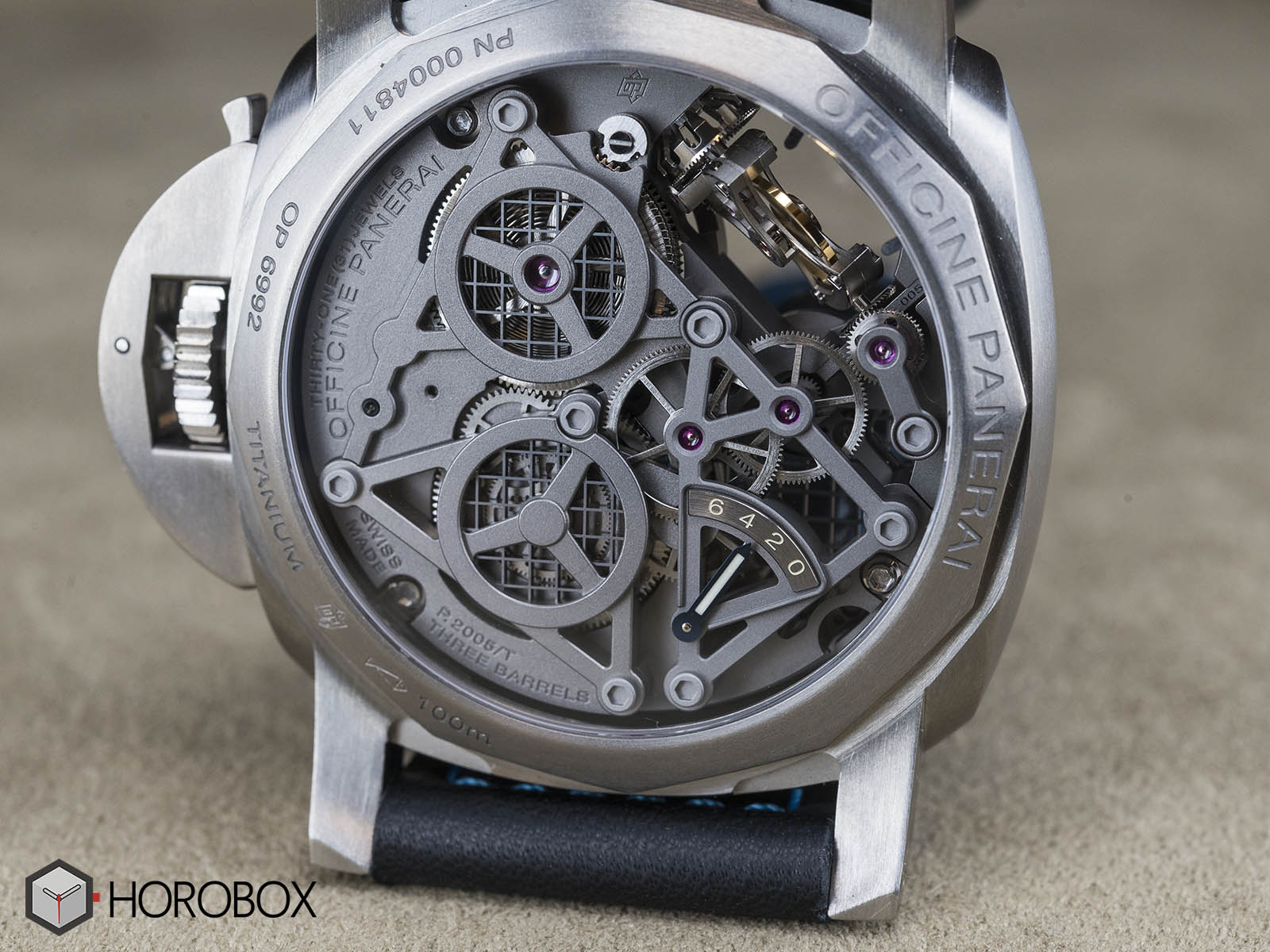 The Panerai Lo Scienziato Luminor 1950 Tourbillon GMT Titanio (PAM00767) comes on a leather strap adorned with contrasting with blue-tone stitches. The strap is secured by a Panerai-signed Pre-V style buckle made of Titanium. 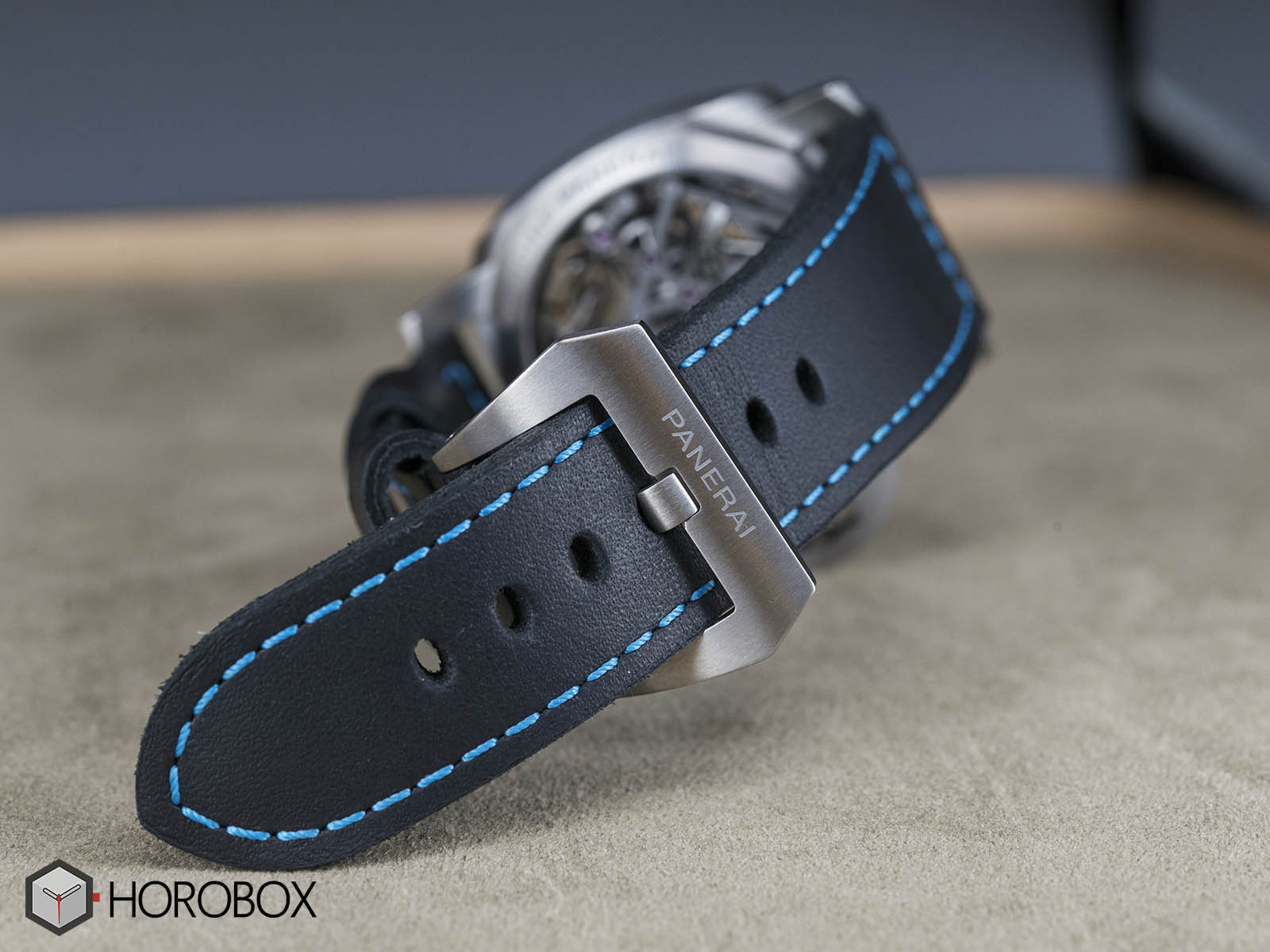 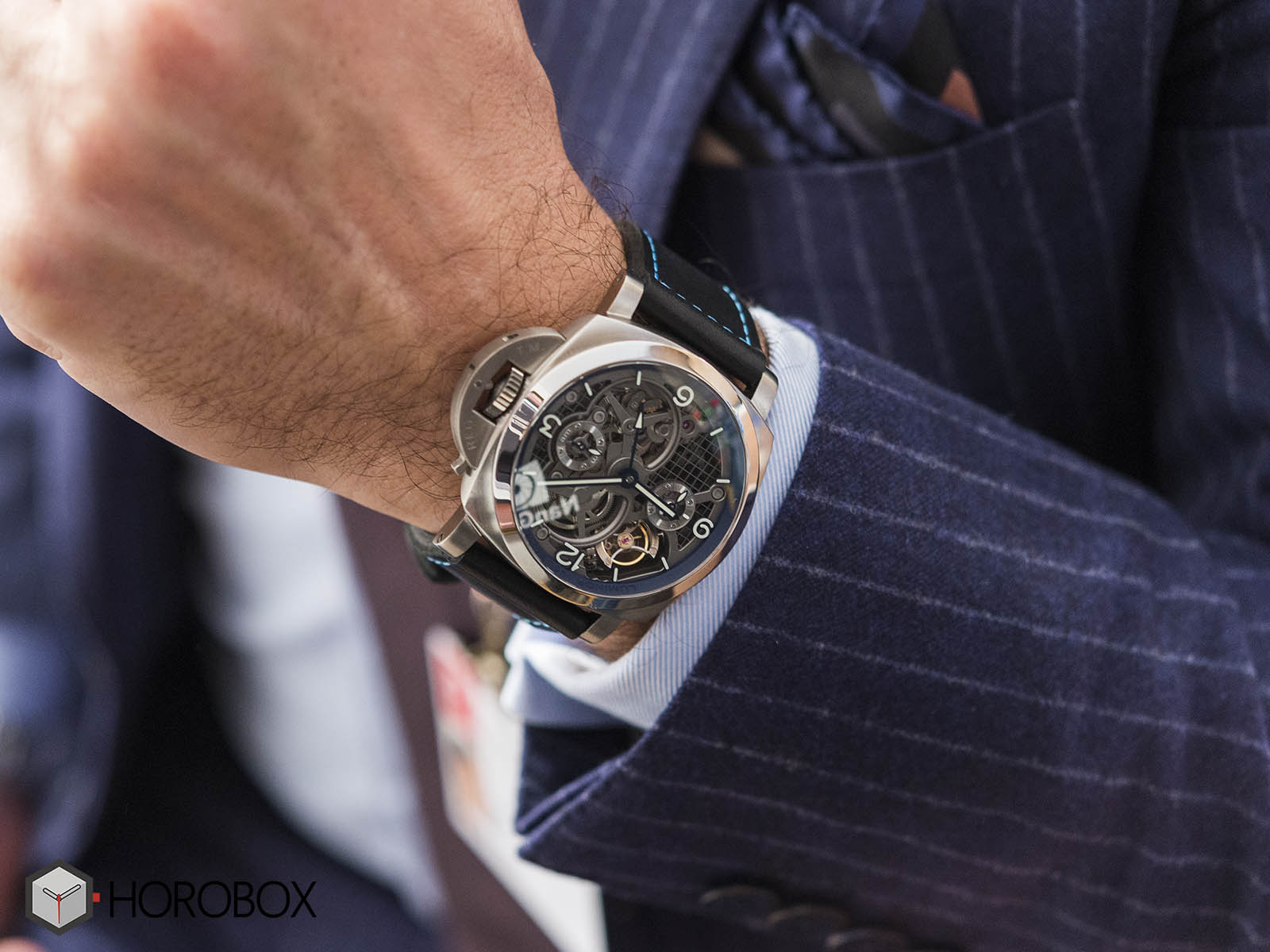