Richard Mille introduced the new model RM 50-04 Tourbillon Split-Seconds Chronograph with Kimi Räikkönen, the lead of the F1 team Alfa Romeo Racing, of which is a brand partner. 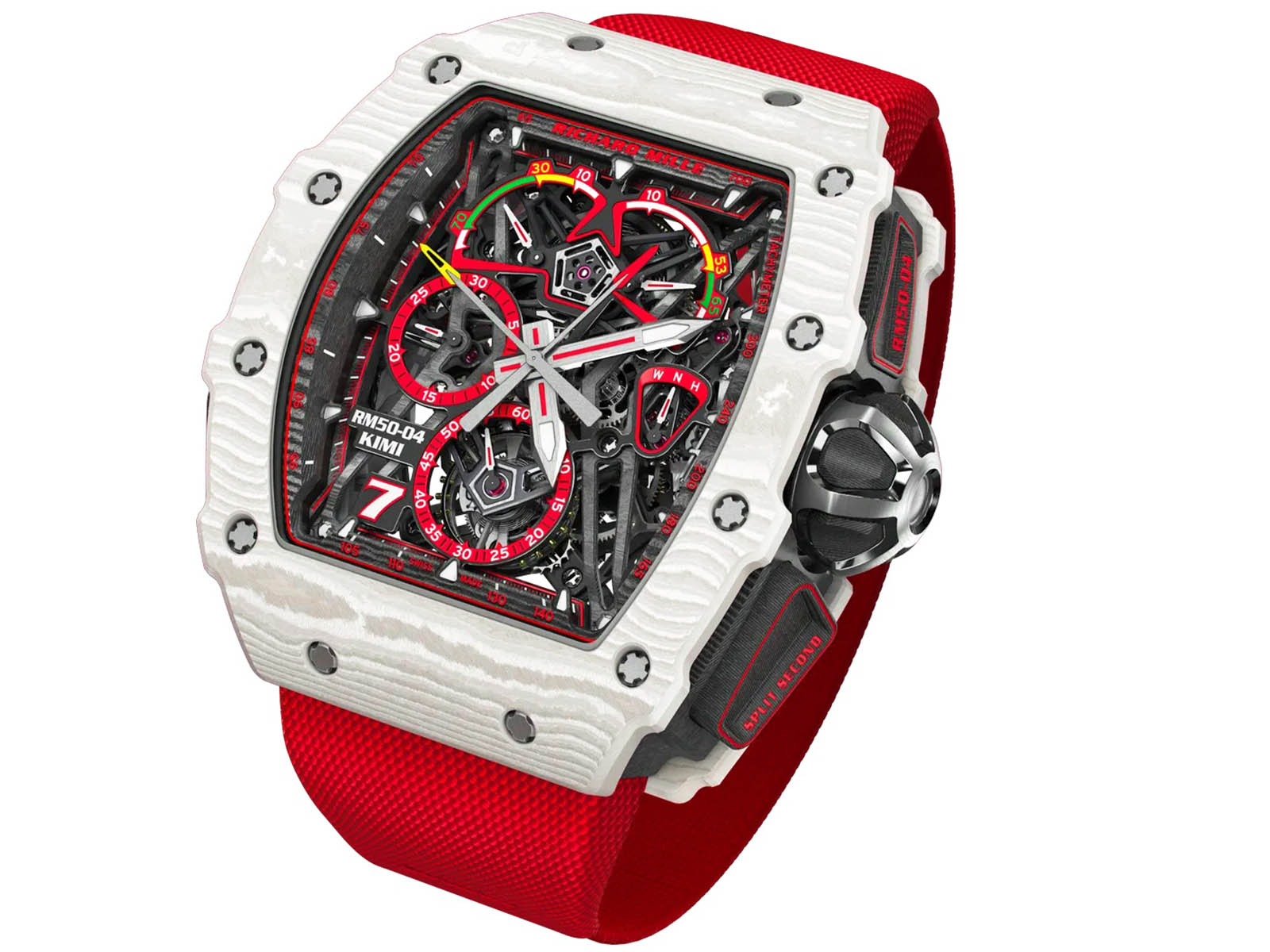 The talented watchmaker’s own brand named after him, Richard Mille, developed a special watch for Kimi Räikkönen, one of the legendary names of Formula 1 after Jean Todt, Felipe Massa and Romain Grosjean. Kimi Räikkönen, one of the veterans of the challenging sport, became World Champion in 2007. This weekend, the athlete will participate in Formula 1 race for the 307th time. 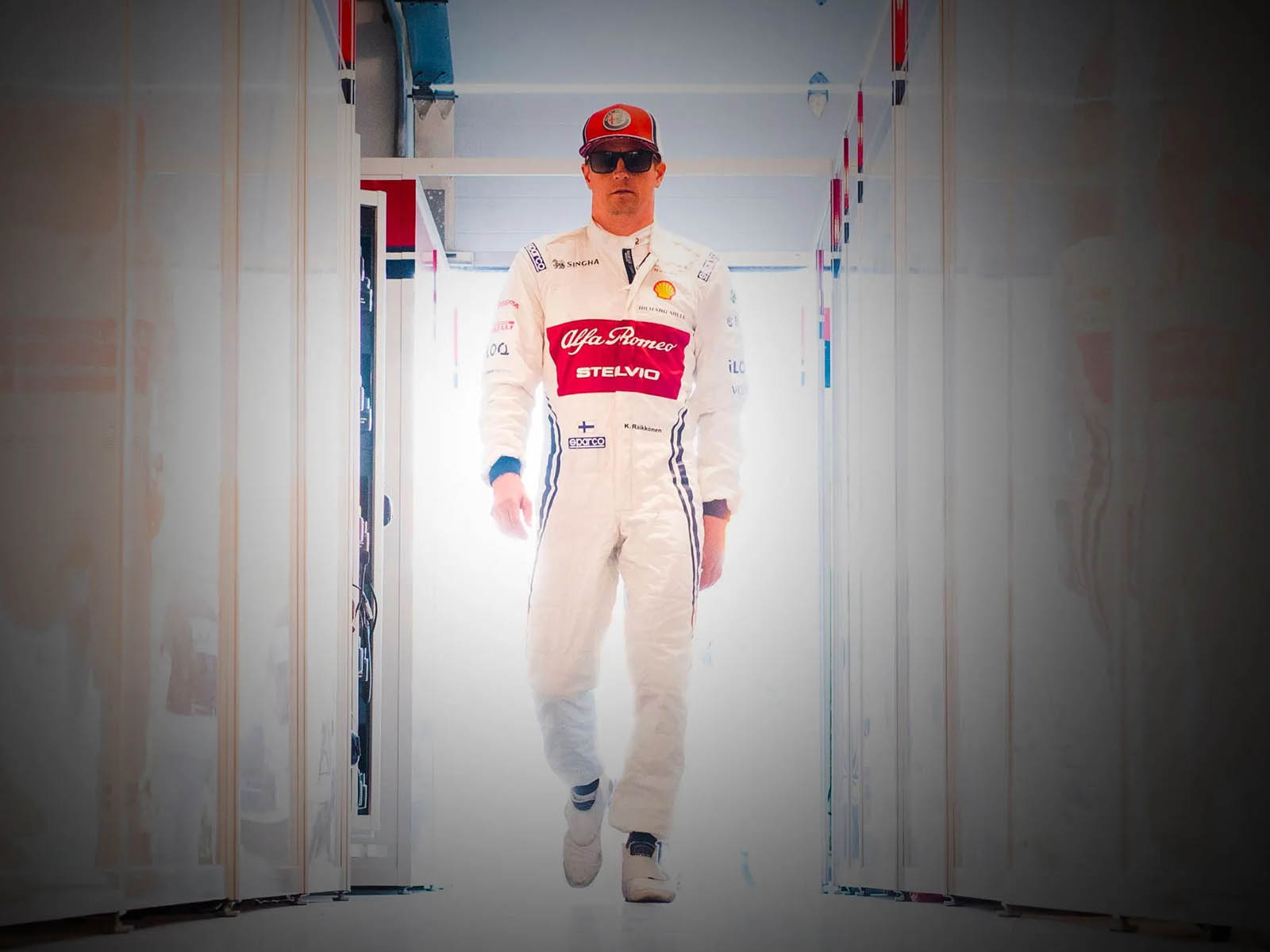 The Richard Mille RM 50-04 Tourbillon Split-Seconds Chronograph ticks with the Caliber RM 50-03, which we first saw in 2017 on the RM 50-03 and then became an icon for the brand. The weight of the movement that powers the watch designed for the McLaren F1 team is only 7 grams and consists of skeletonized components and plates and bridges made with a special blend of titanium-vanadium-aluminum. The selected bridges are made of Carbon TPT, like the transverse carrier, which is attached to the case and supports the entire movement. Another important feature of the caliber that perfectly combines with the case is its shock resistance up to 5,000 Gs. 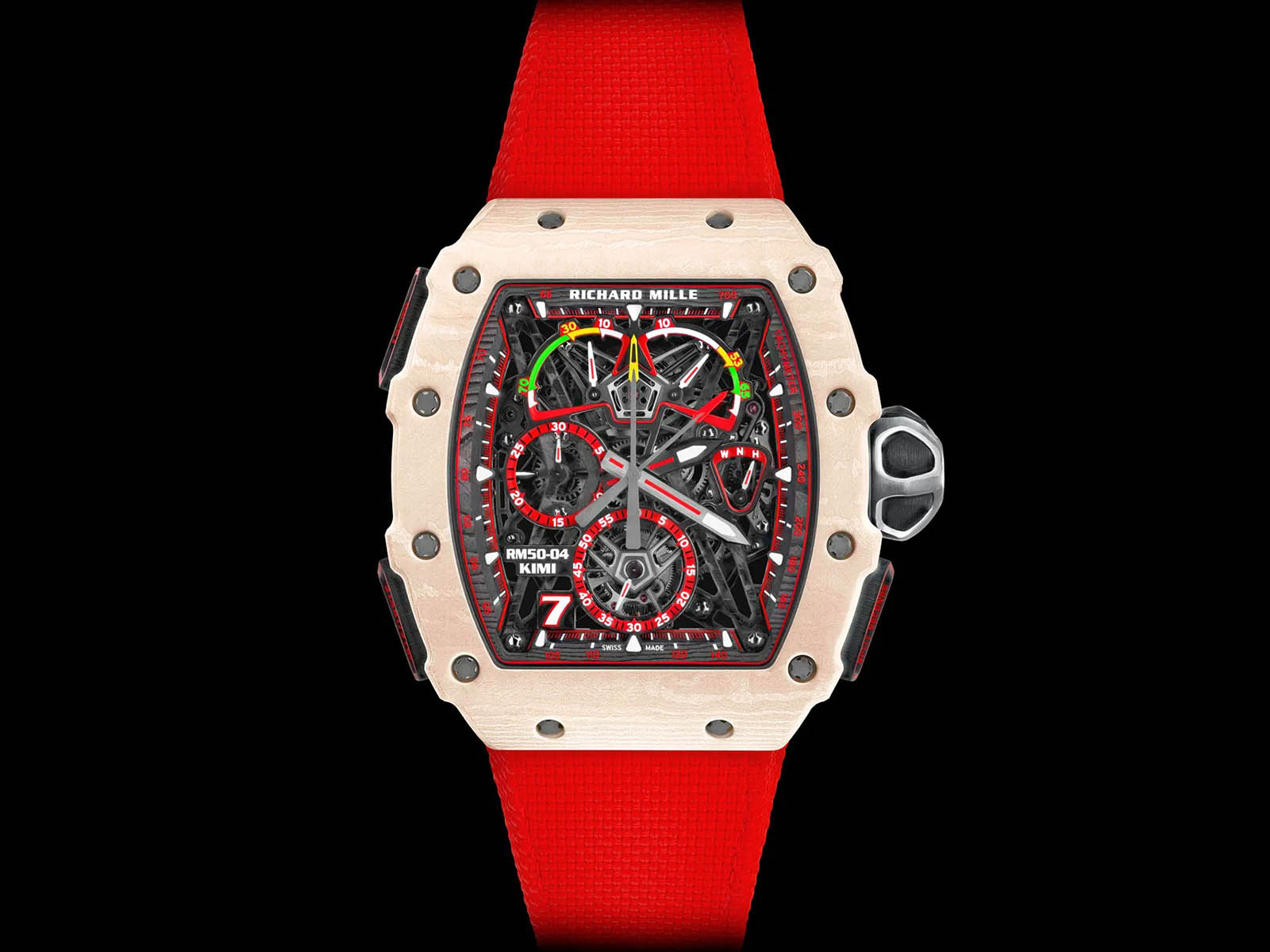 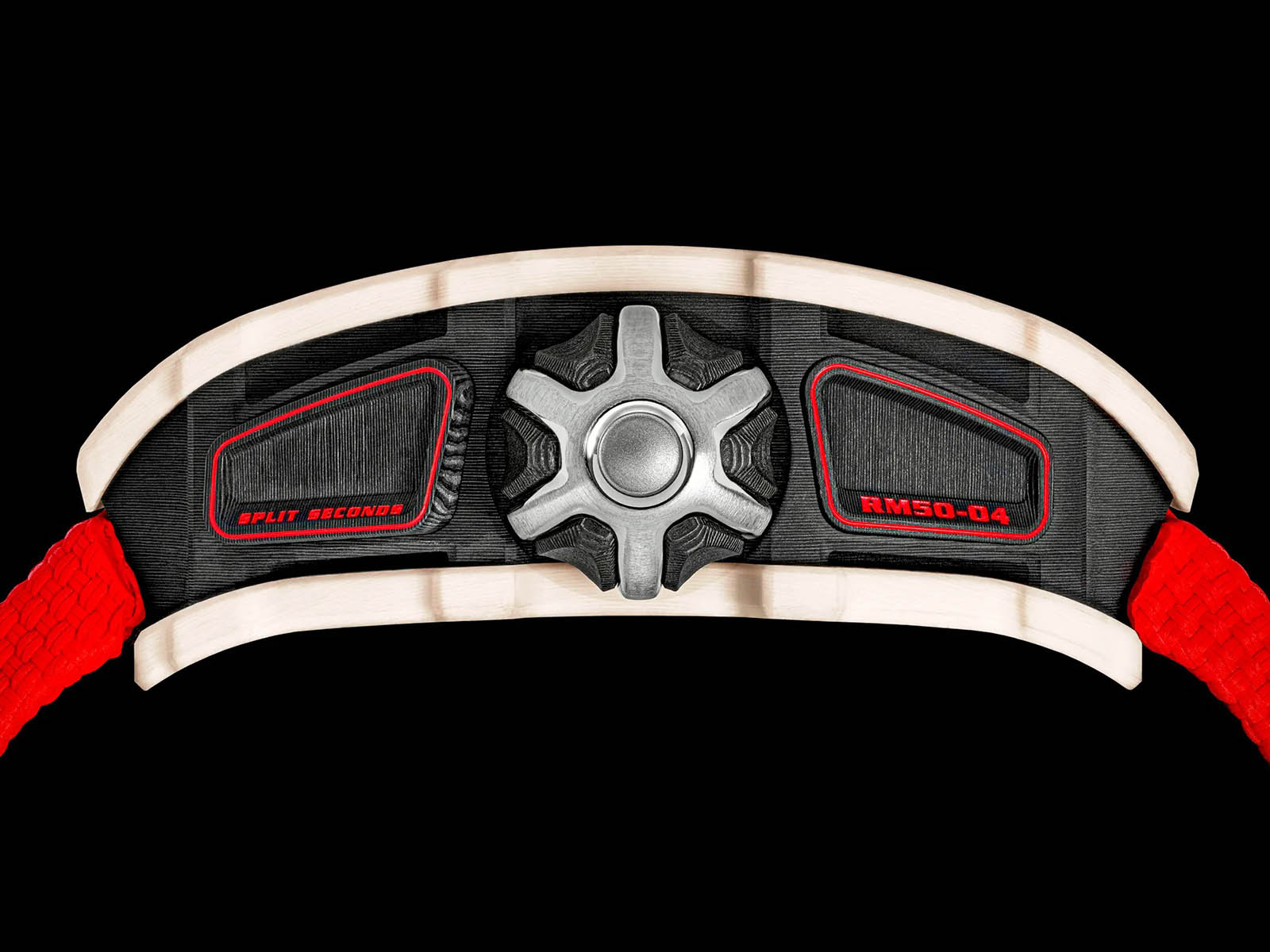 Räikkönen, who gave an interview just before the introduction of the watch, said “ I’ve never really been the guy to wear a watch because it was uncomfortable and it never appealed to me. So, I was a bit skeptical when we signed the deal and I knew it was another watch brand, but once I got my watch, I was so surprised. I never really did use a watch in the past, but now, I don’t even notice it. It’s a completely different philosophy that drives [Richard Mille]. Now I don’t even notice when I’m wearing it and it’s a great looking watch and it doesn’t weigh anything. He also said he had worn several models, including RM 67-02, on test drives and never used a watch during the race. 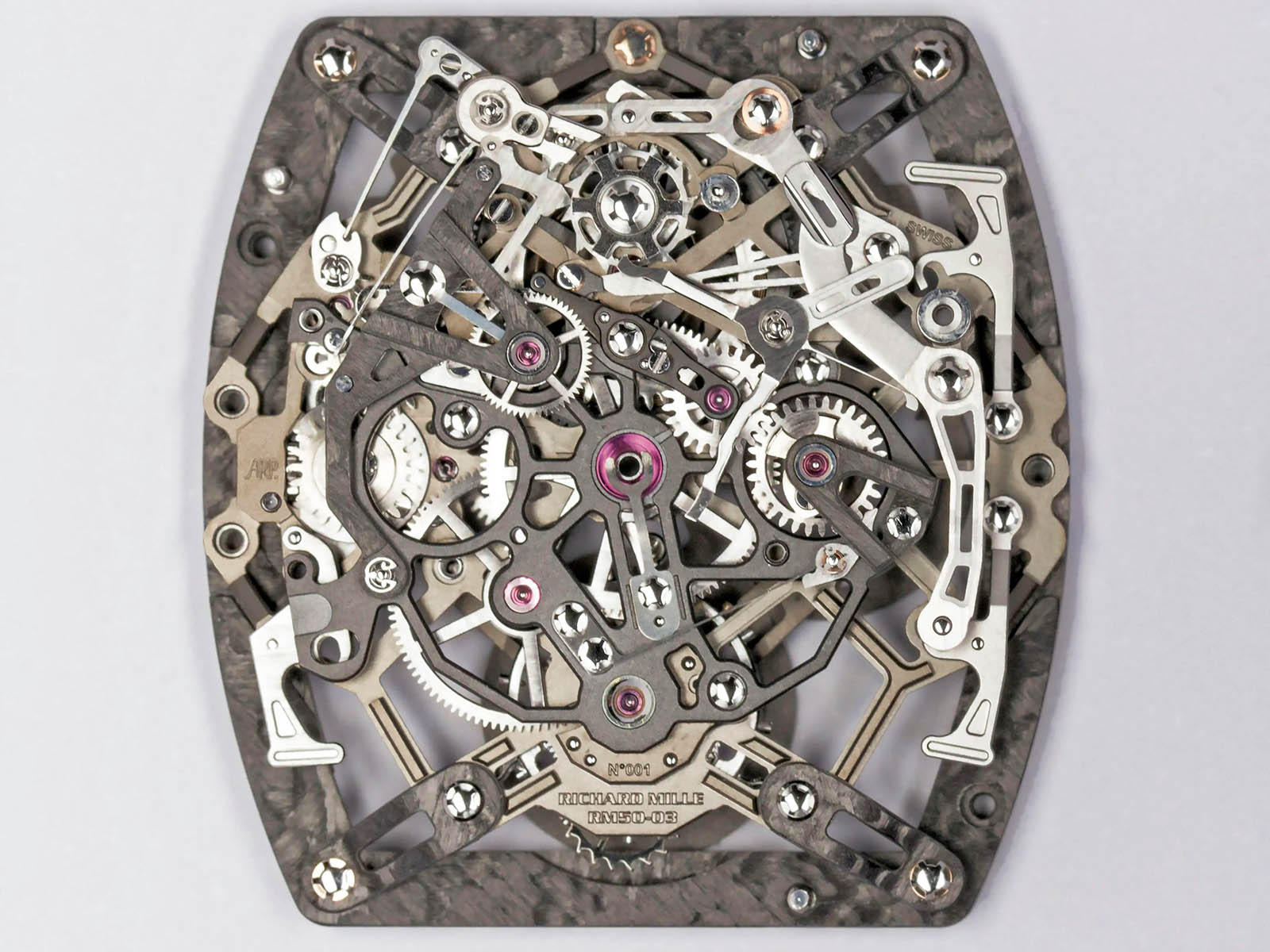 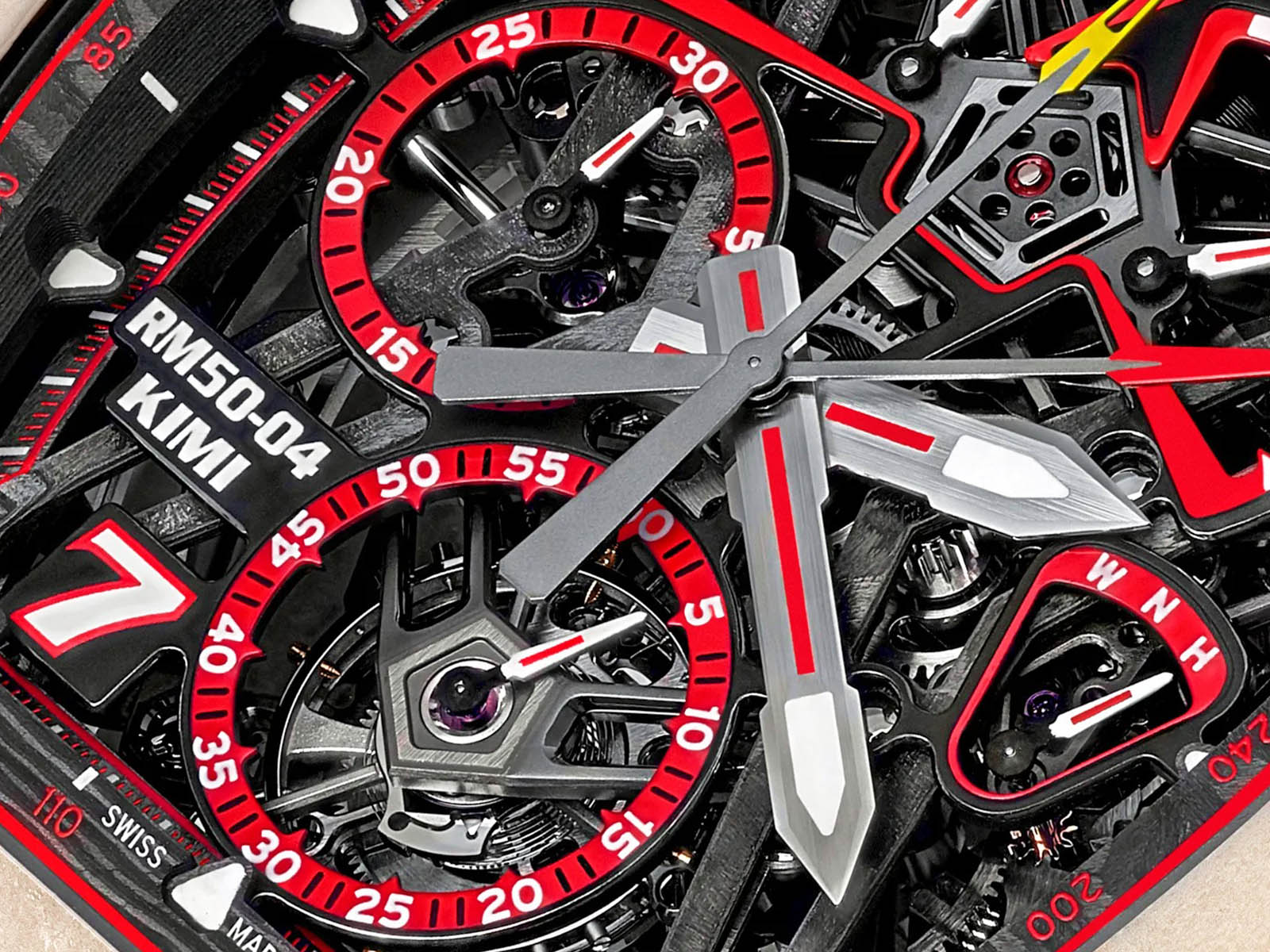 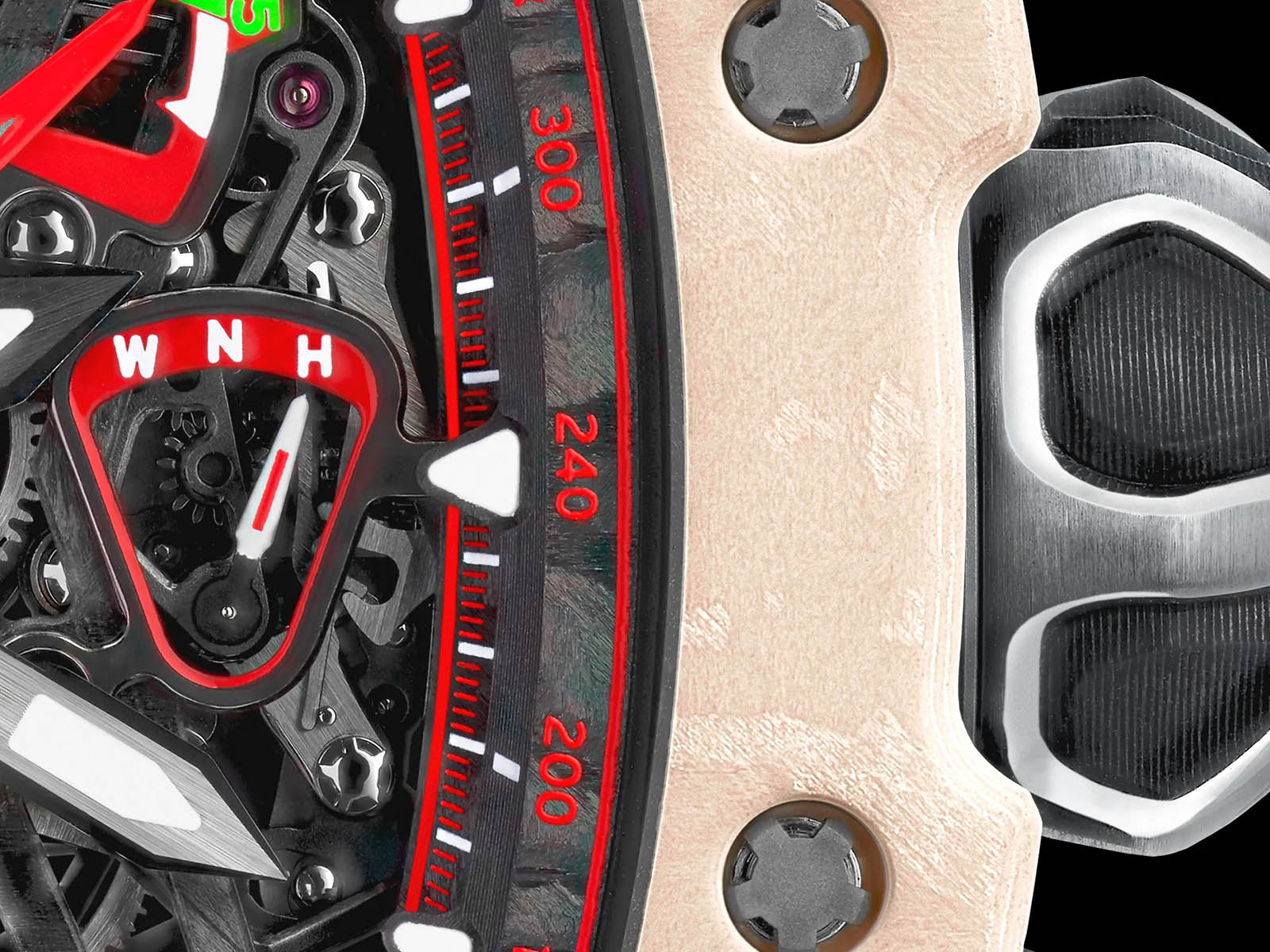 The model that carries the Alfa Romeo Racing Team Formula 1 team’s colors features white Quartz TPT material in its case back and bezel, which offers a contrast with the red details on the dial and the chronograph pushers (and of course the strap). The dial also includes the number 7 used by Räikkönen in racing. 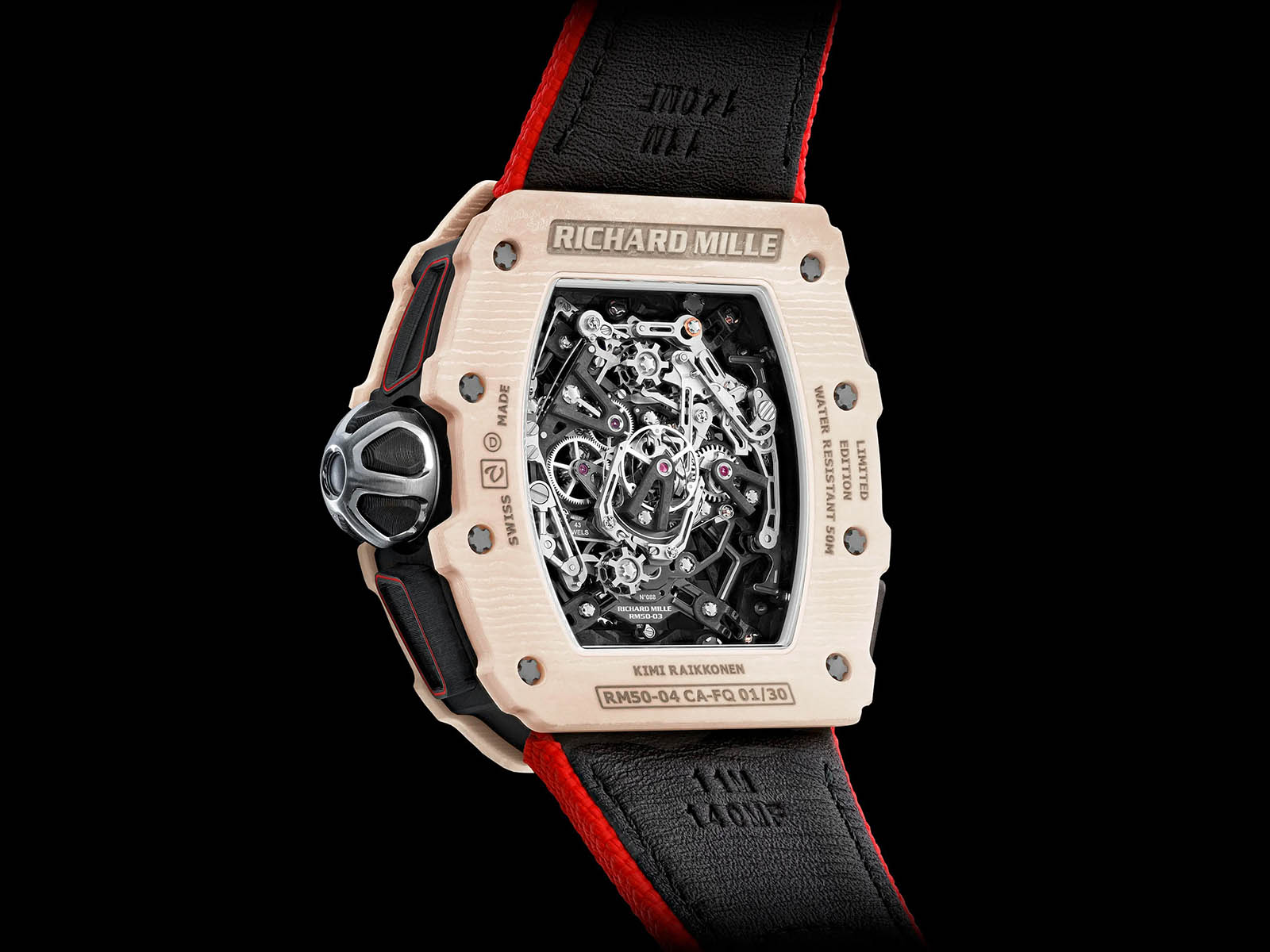 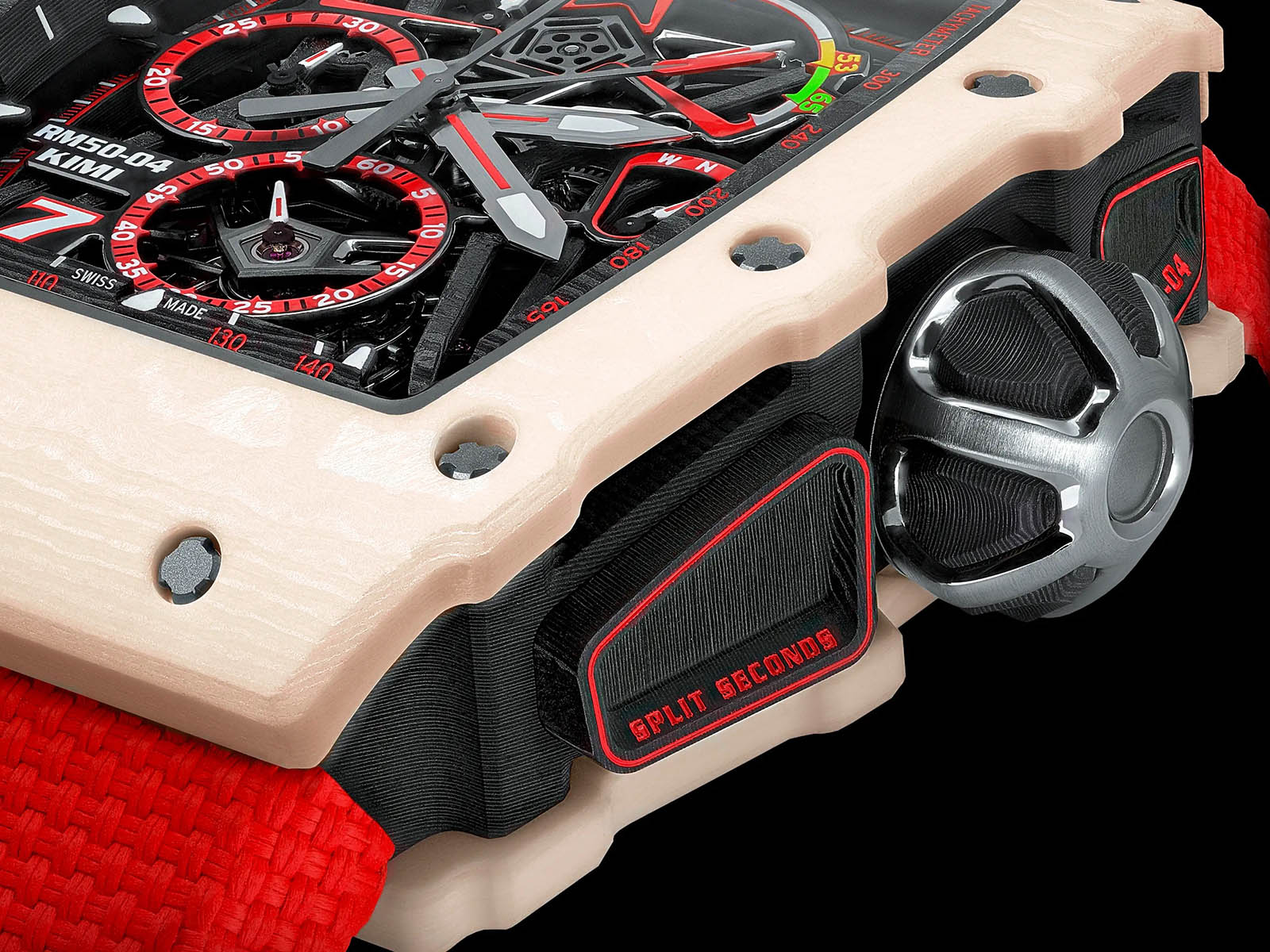 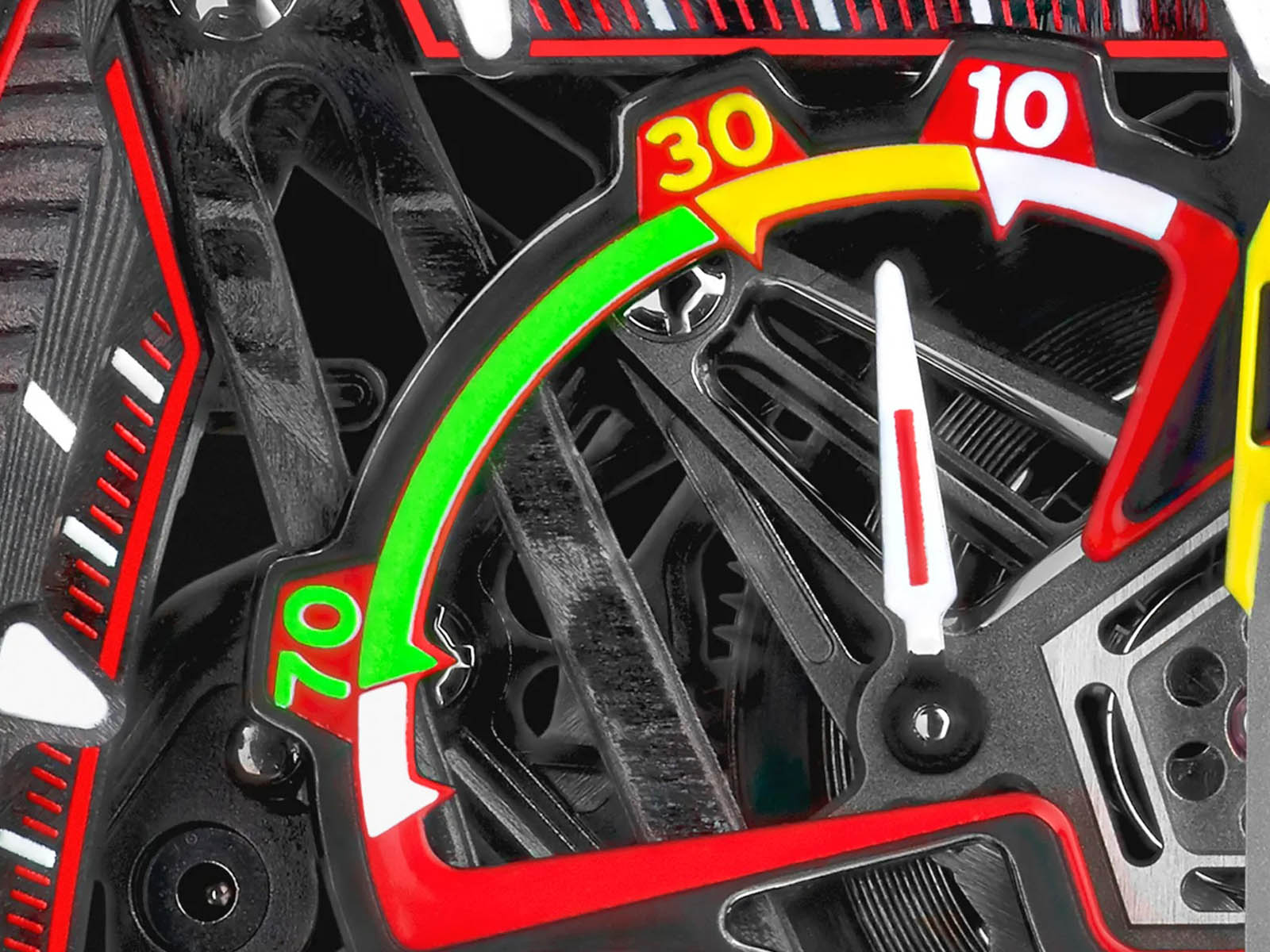 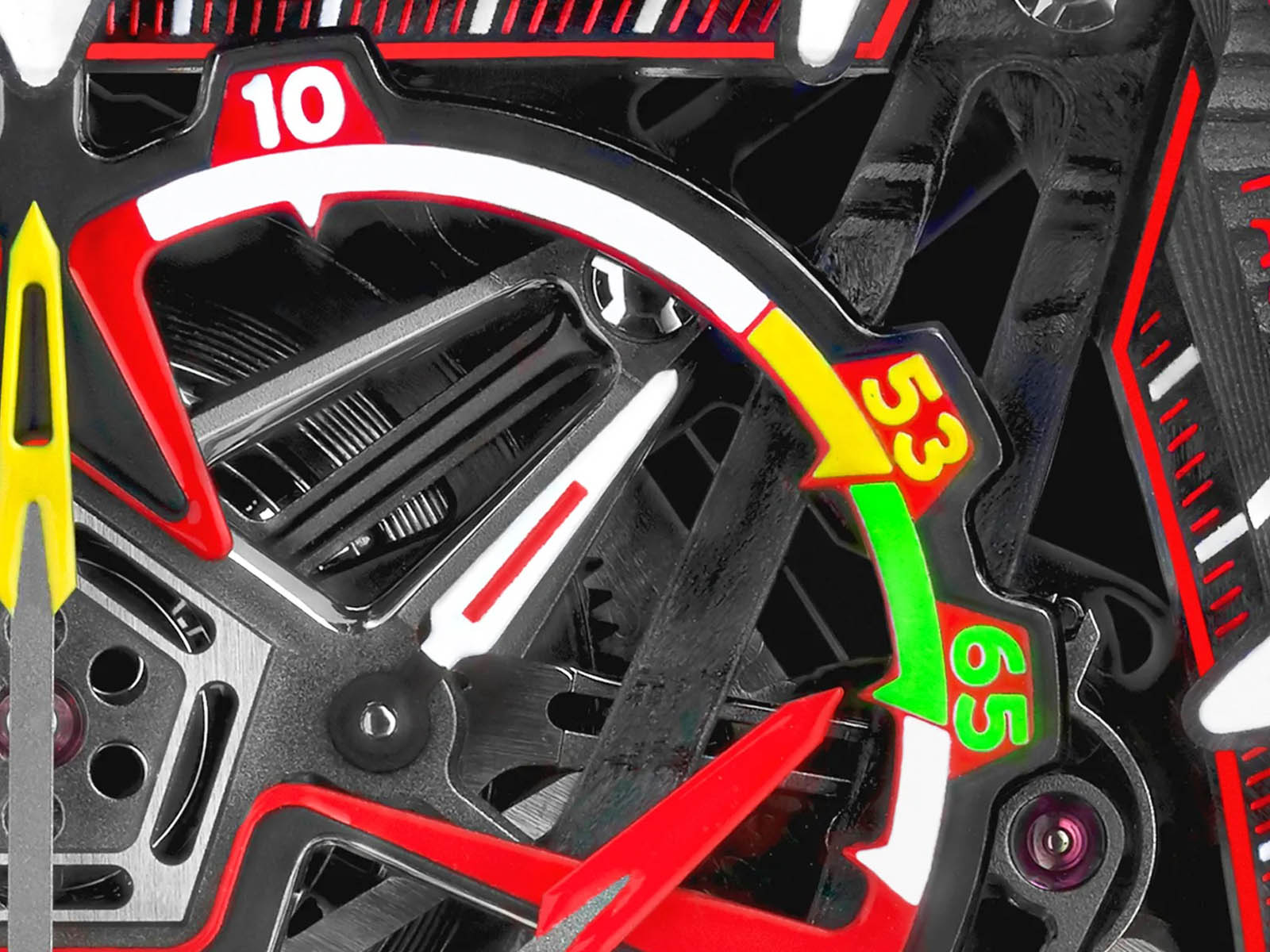