Hi-end watchmaker Richard Mille brings the dreams of Pharrell Williams together with its superior watchmaking approach in the new RM 52-05. 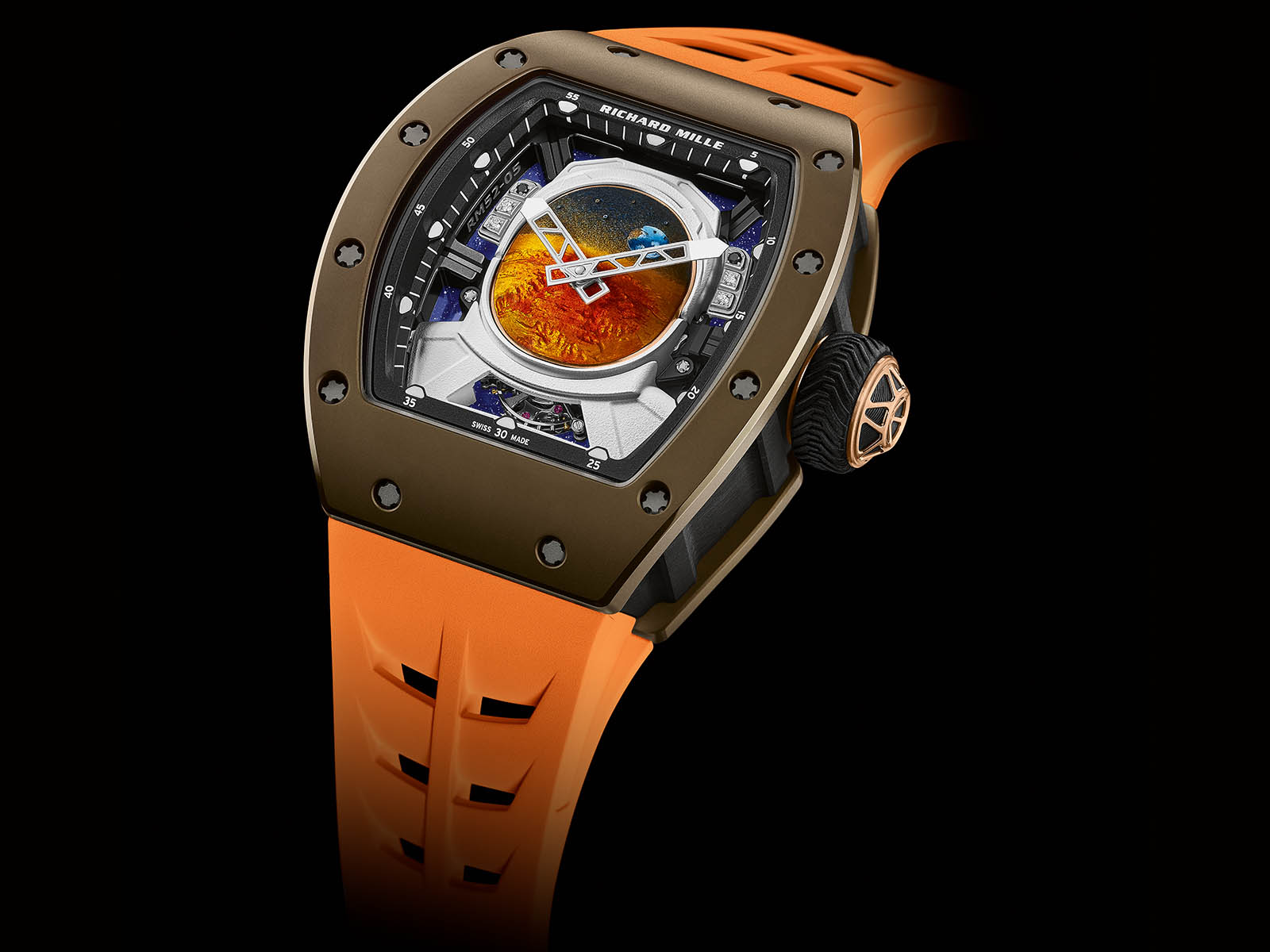 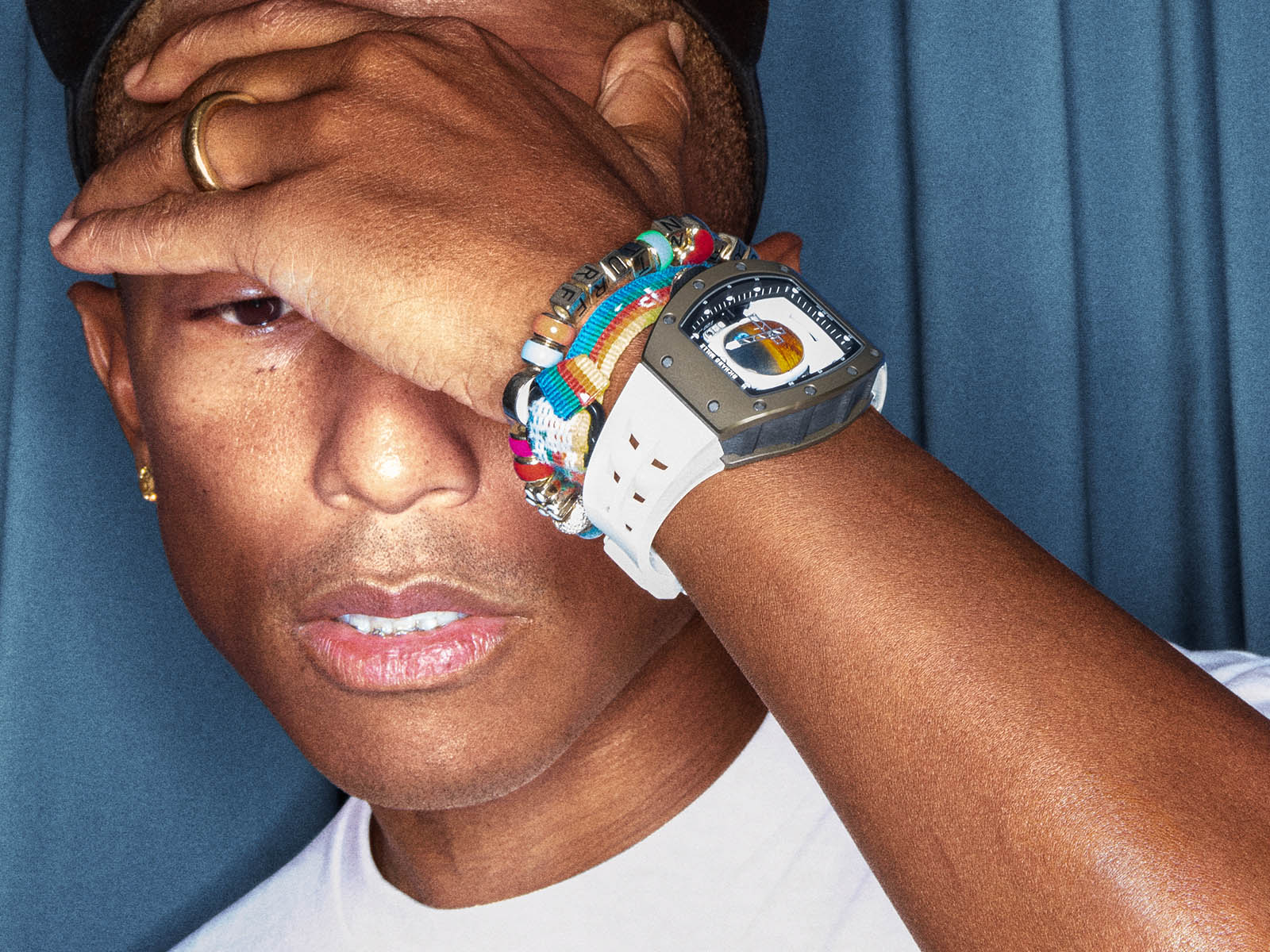 Richard Mille is one of the most successful watch brands of the 21st Century. Although it has not been 20 years since the introduction of the first model of the brand, its undisputed leading position in the luxury sports watch category comes from its uniqueness and quality. The skyrocketing list prices should not be forgotten, of course. Now, I want to dig in a little. 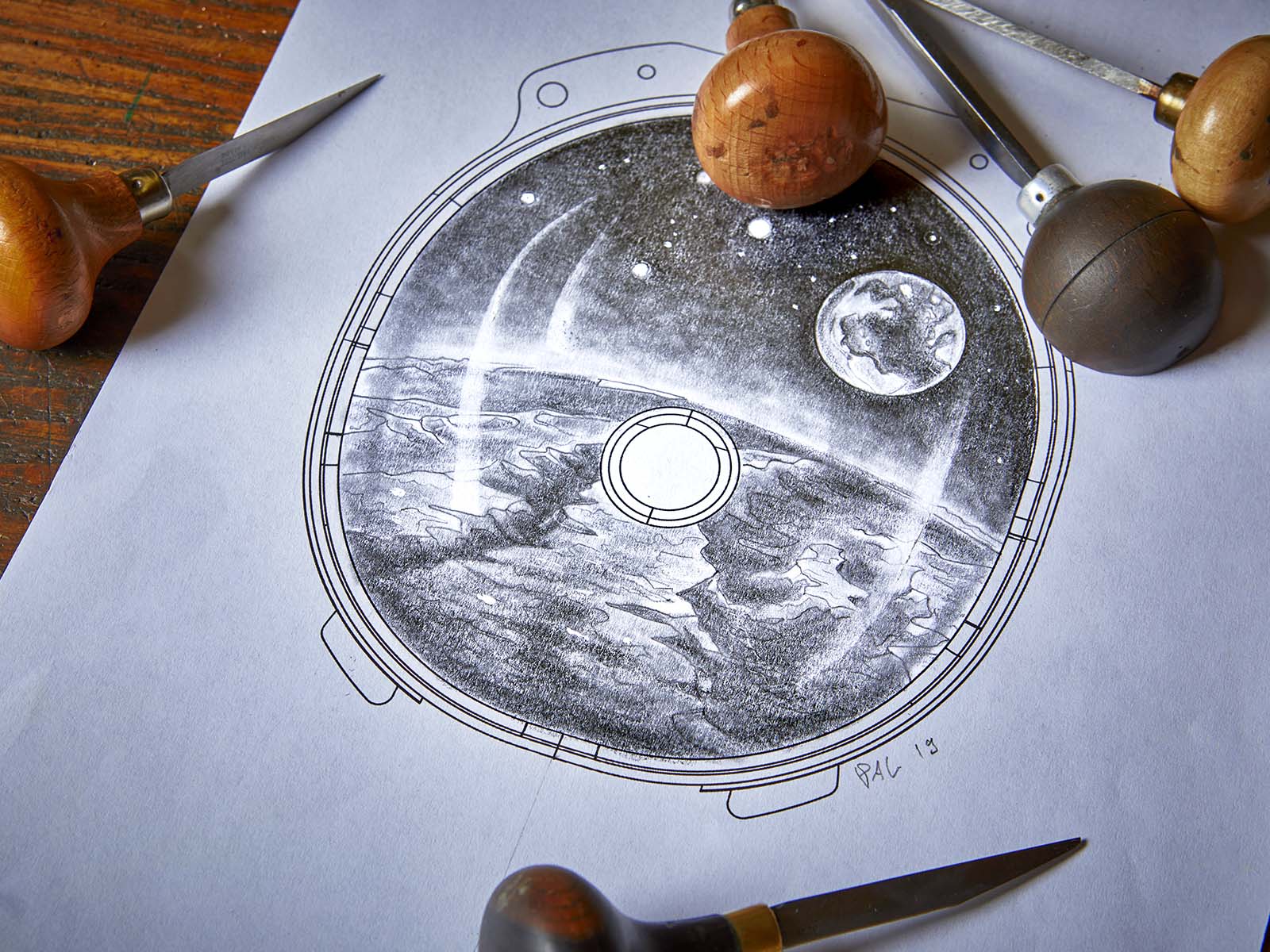 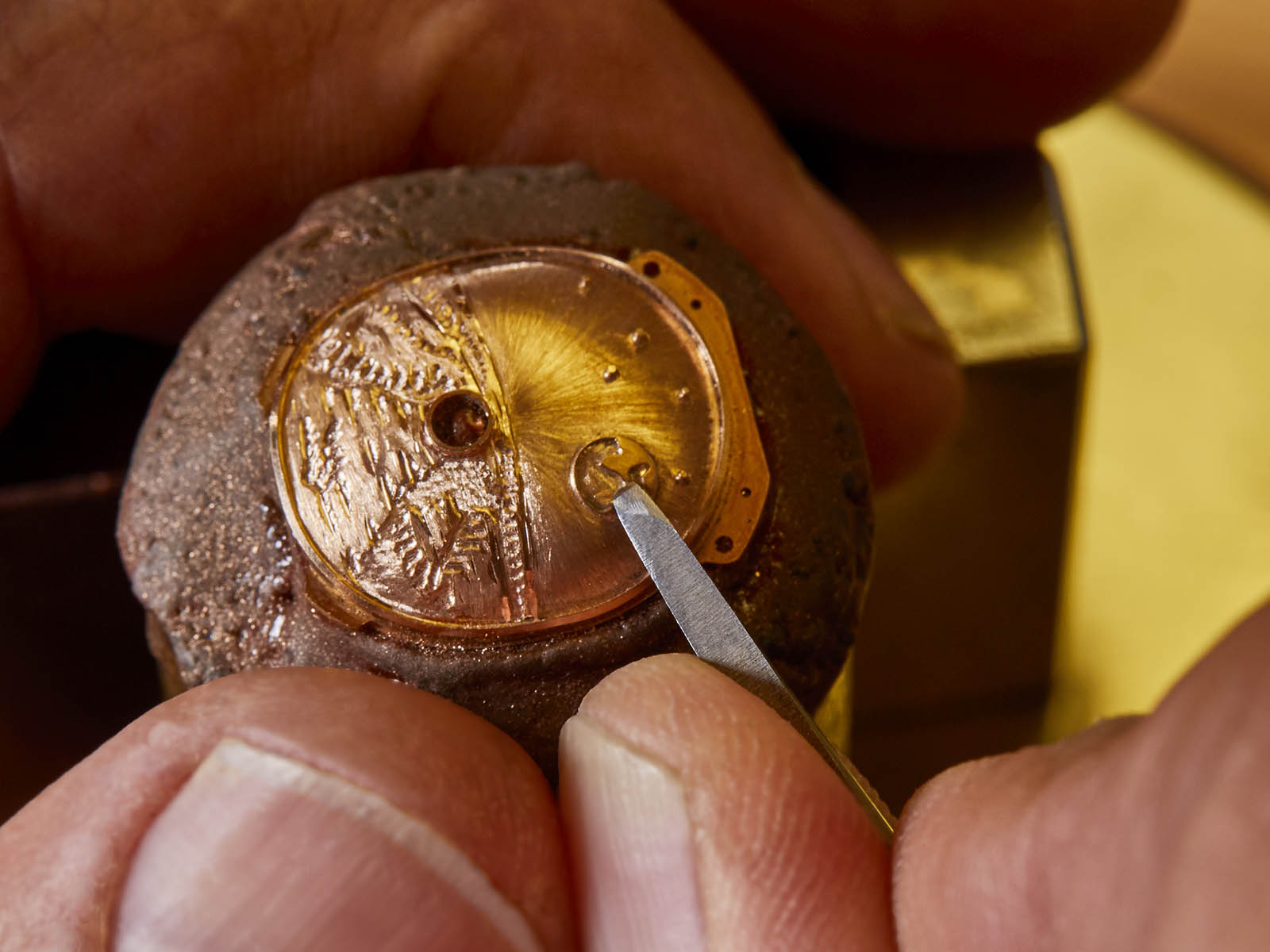 In 1993, Audemars Piguet, as they did with the Royal Oak Jumbo in 1972, introduced a timeless and extraordinary model, the Royal Oak Offshore. Big, sporty, and very expensive... Then, under the leadership of J.C. Biver, another brand began to shine, Hublot with the Big Bang collection. The early 2000s passed with an overwhelming advantage of those two brands and model families in the luxury sports watch category. Unaware of the watch culture, but all are sitting pretty, athletes, pop stars, playboys went for these models. They had exactly what they were looking for. The watches were large, flashy and recognized at first glance. When someone sees you with that watch on your wrist, the first thing that comes to his/her mind is your deep pocket. Everything went well for the brands but the reality was a bit different on the customer side. The mob, who lives high off the hog, was sabotaging the joy of true watch enthusiasts. Consumers who were motivated with horological culture did not want to wear the same watches as the second-class footballers who were only looking for show-off only. The businessperson, who has a remarkable watch collection, was bored of sharing the pleasure wearing his ROO for the weekend with one-hit wonders. 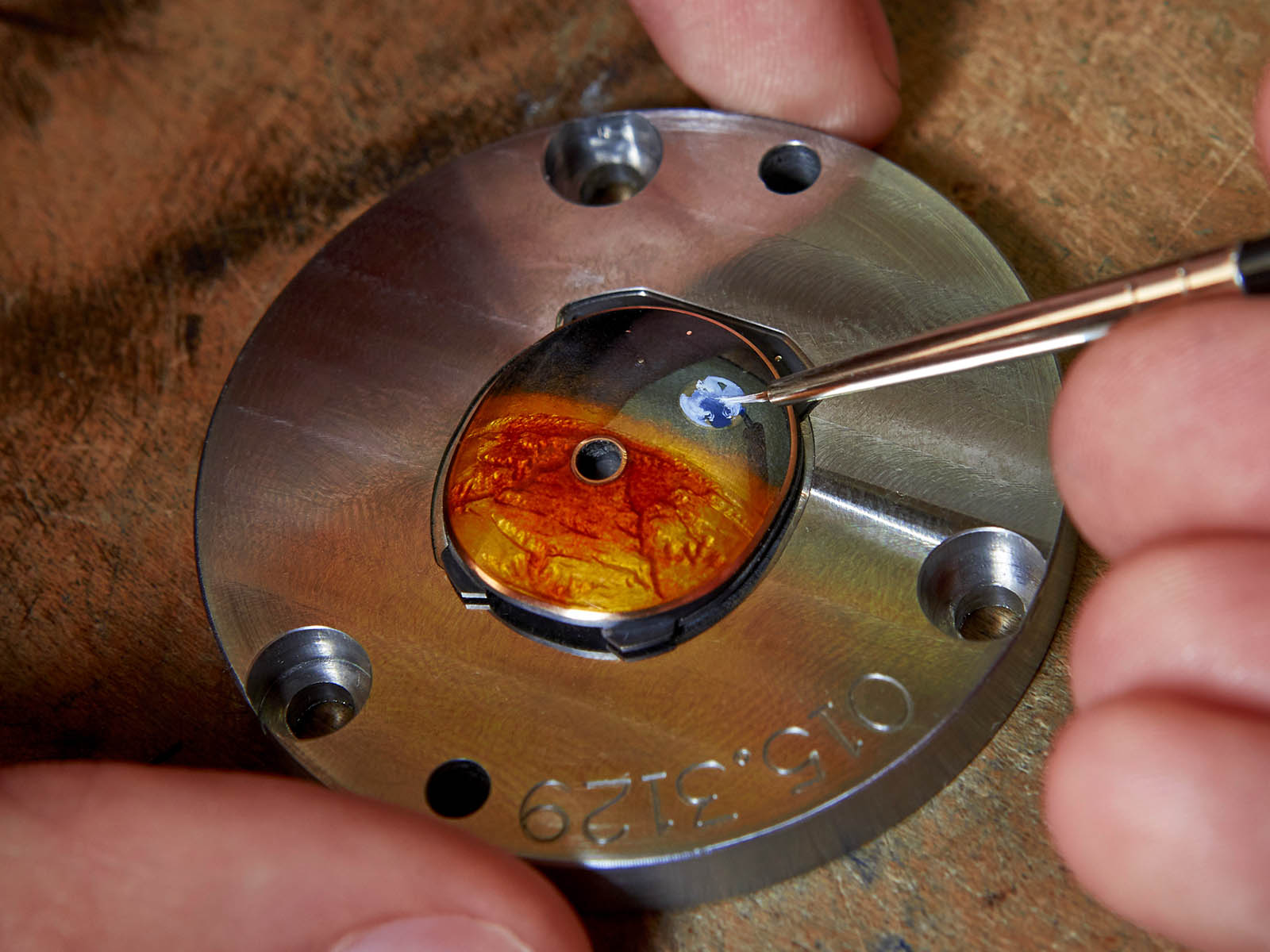 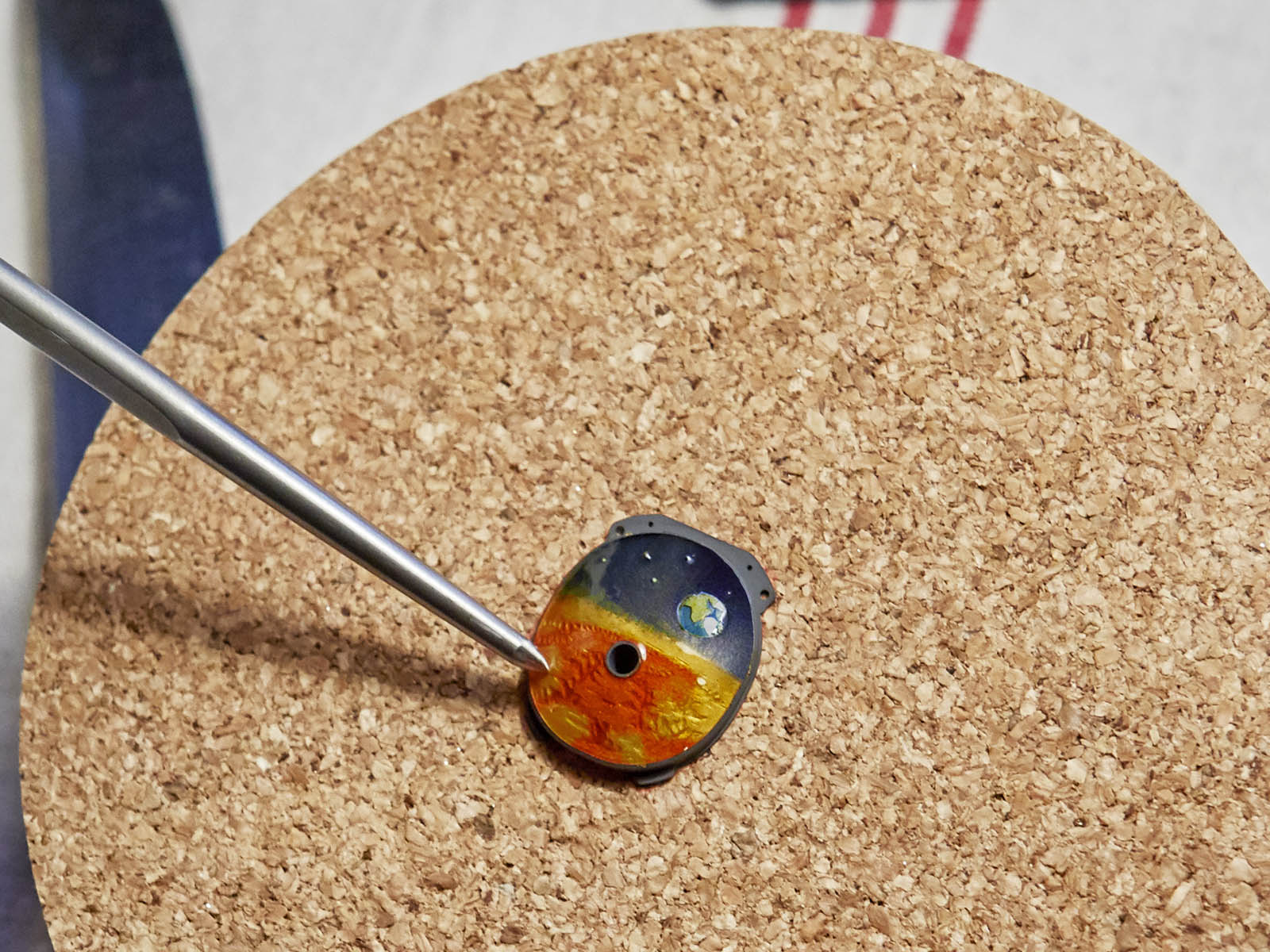 Then Richard Mille showed up. Sportier, more exotic and even more expensive. They used such innovative technology, production methods, and designs that the purpose became infusing the pleasure of having the timepieces to the customers rather than functionality. As the price tags peak, the rich and the richer started to be separated from each other. Of course, this trend did not last long either. The globalizing world brought increasing incomes among money changing hands fast. 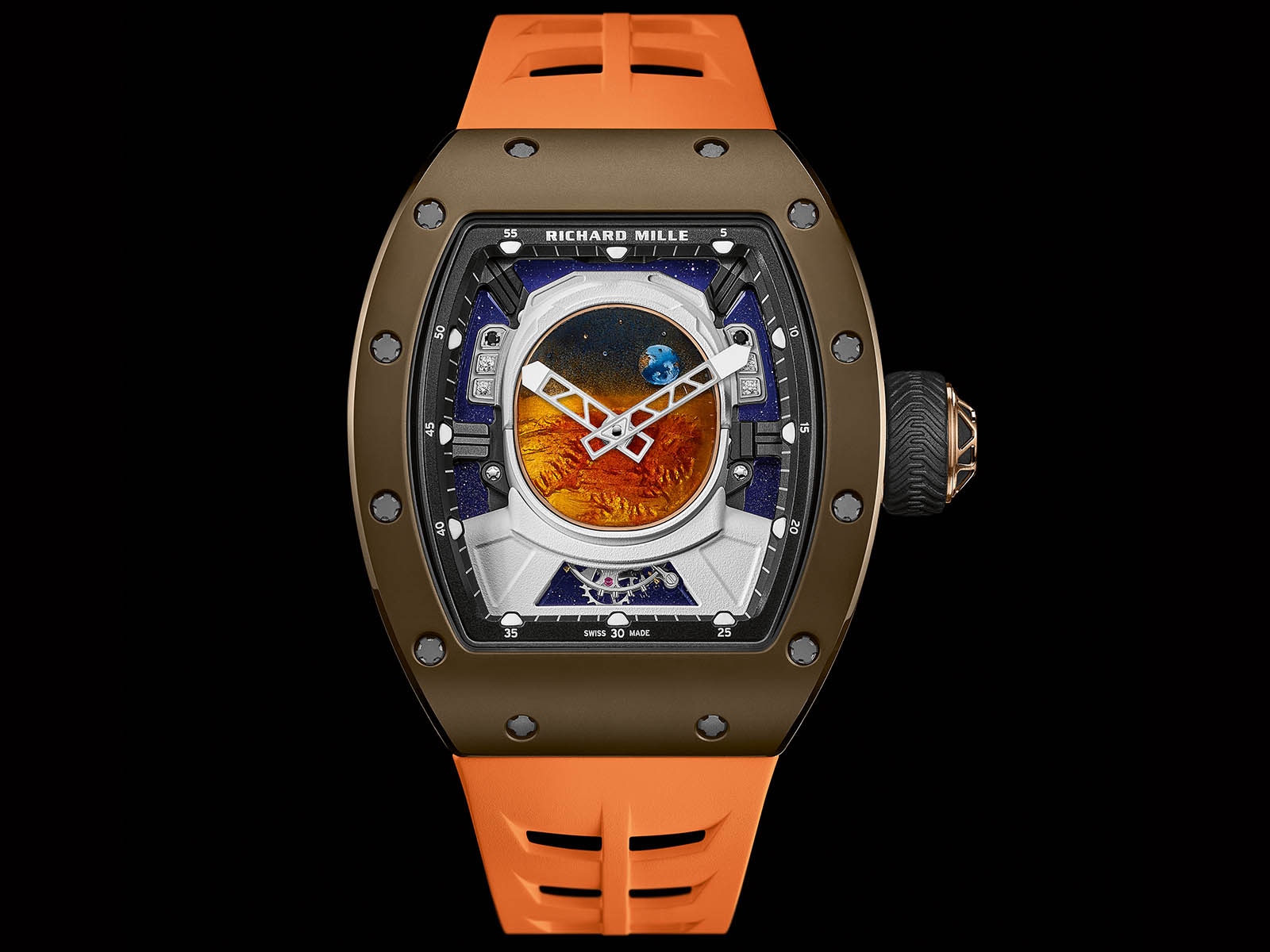 After this long introduction, let’s get down to the business. Richard Mille introduced the model RM52-05, which is co-developed with the famous singer Pharrell Williams. I mean that Pharrell shares his imagination that transcends the boundaries of the world with RM, with the Red Planet has been portrayed on the RM 52-05 by imagining an astronaut standing on the planet surface, looking Earthwards. The red earth of Mars reflected on the explorer’s visor with the Blue Planet held afloat over the horizon. The RM52-05 comes in a classic Richard Mille tonneau case, measuring 49.94 x 42.35 x 16.15 mm, made of Cermet and Carbon TPT®. Featuring sapphire crystals on both sides, RM52-0 is water-resistant to 50 meters, just like the other models in the series. A 19-jewel hand-wound manufacture movement that beats at a frequency of 21600vph and offers a power reserve of 55 hours powers the model. 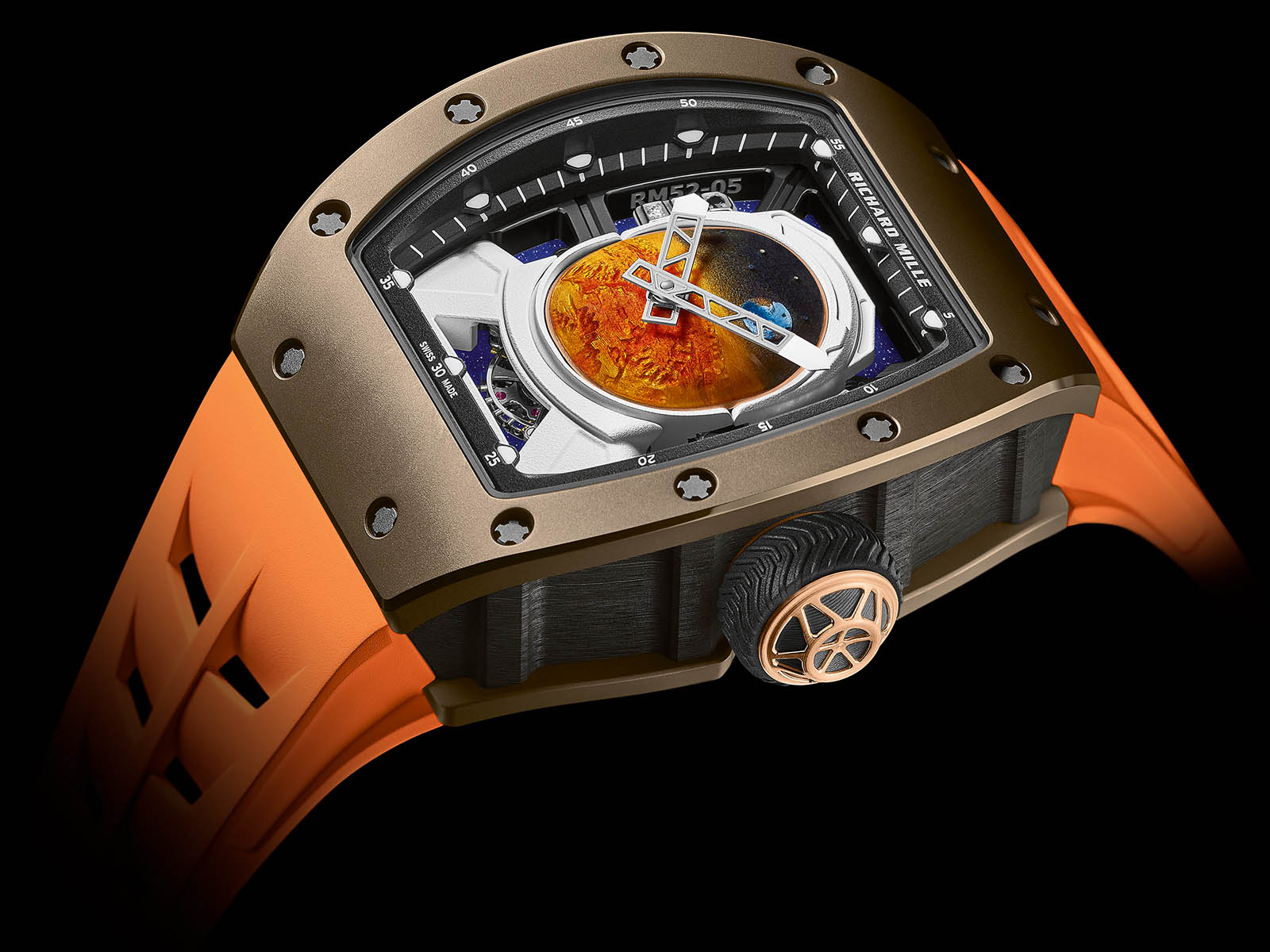 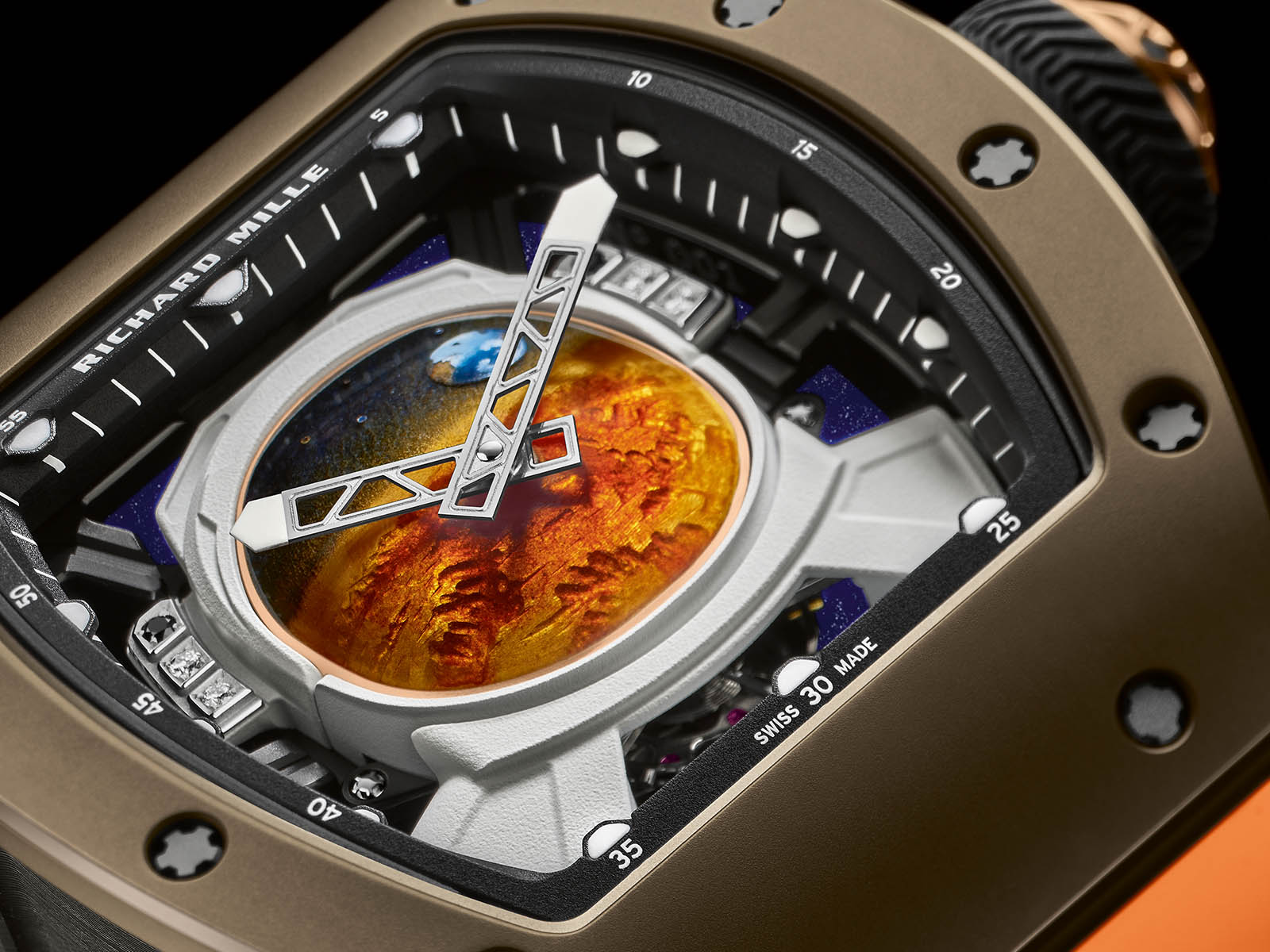 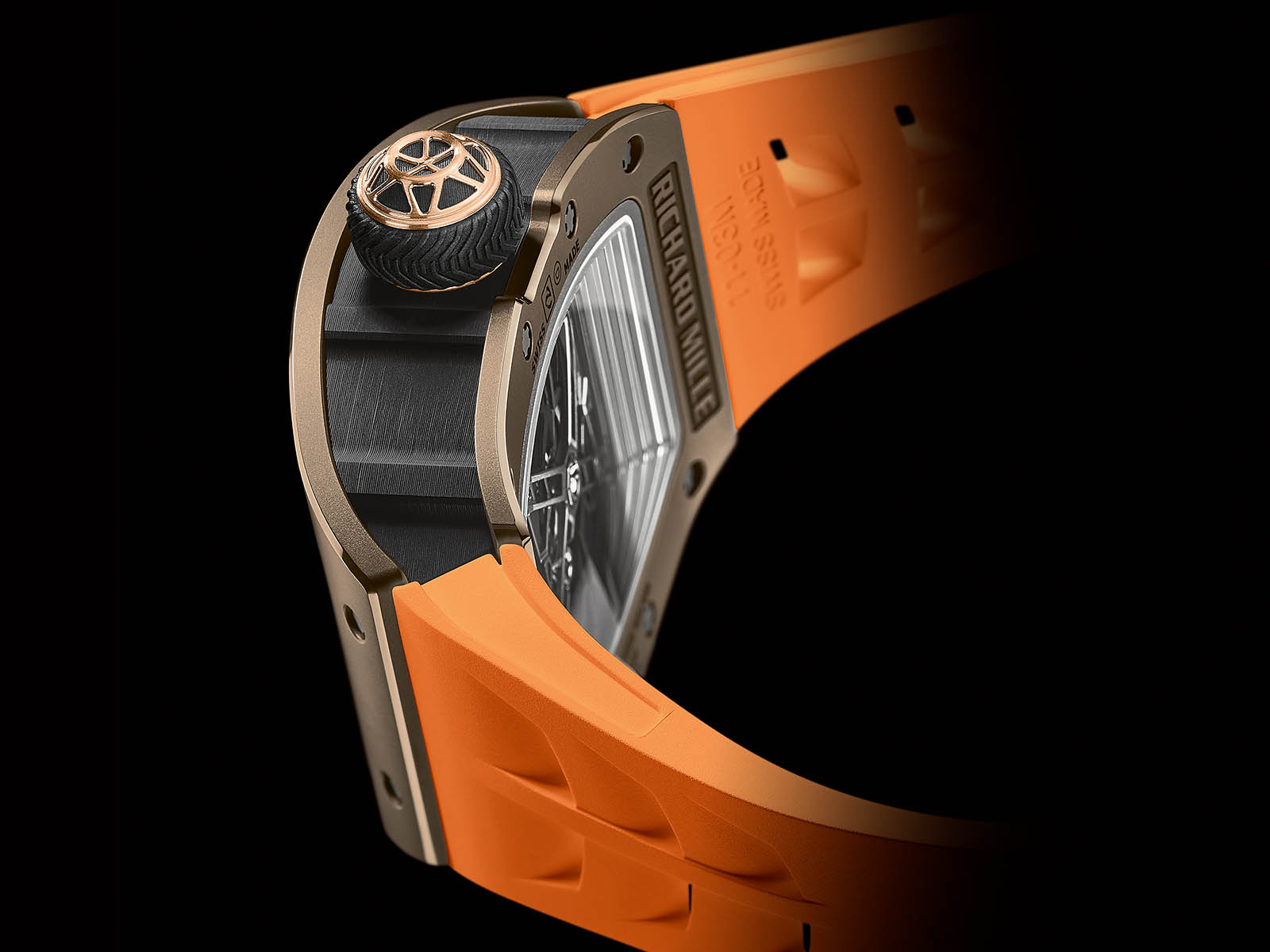 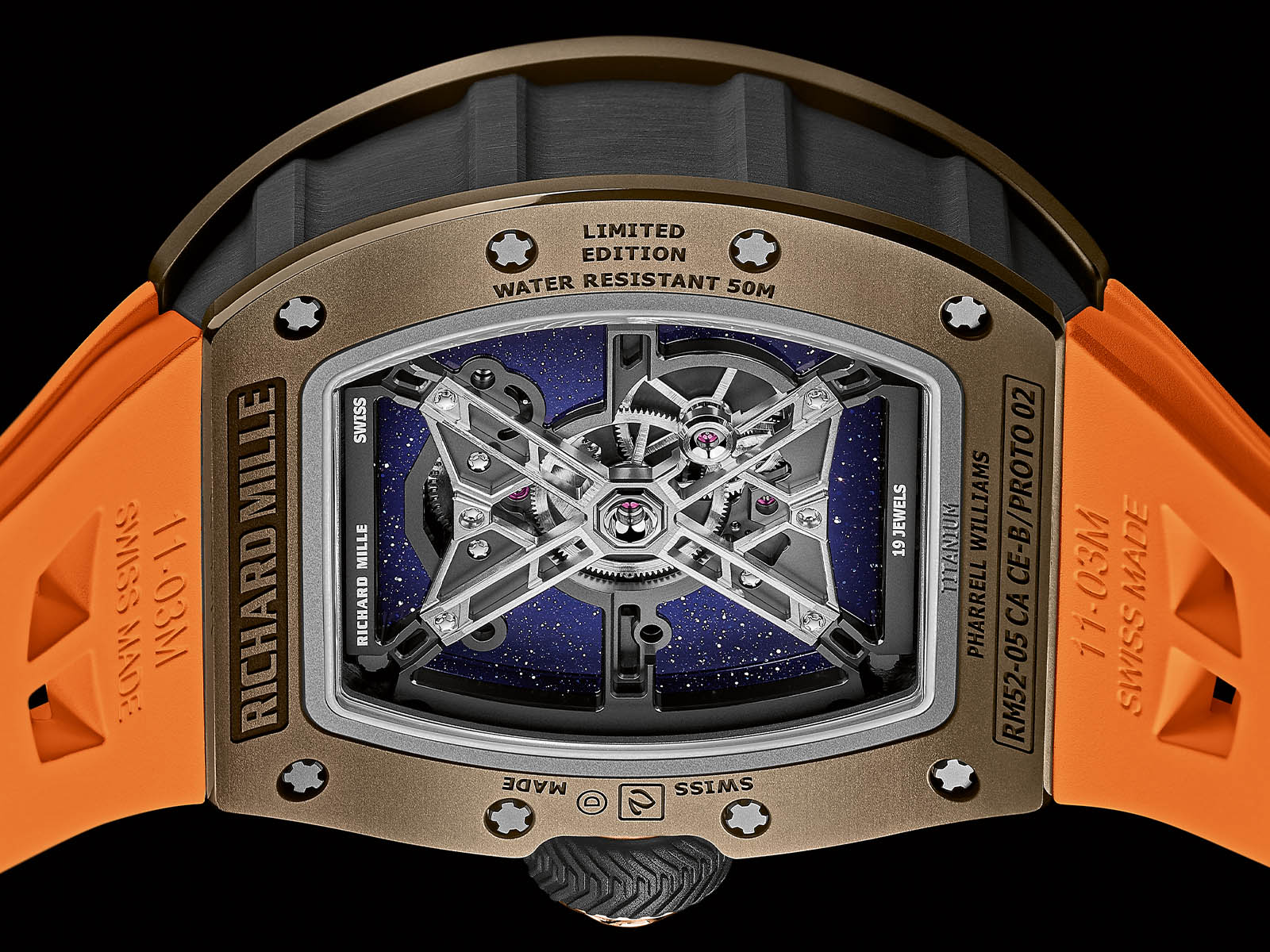 Cyril Congo, the artist who previously worked in the RM68-01 also, created the hand-carved astronaut figure. Diamonds and black sapphires were used in the projectors and cameras located on the sides of the helmet. RM52-05 will be offered with an orange-colored rubber strap. The list price of the watch, which is limited to 30 pieces, was announced as $ 969,000. For almost $ 1 million, you get an astronaut helmet on your wrist with six precious stones, a tourbillon movement, and a “Pharrell Williams” inscription on the case back. We’re talking about approximately $ 30 million going to RM’s vault in exchange for the advertising-like poses Pharrell has given with the watches he has worn so far. 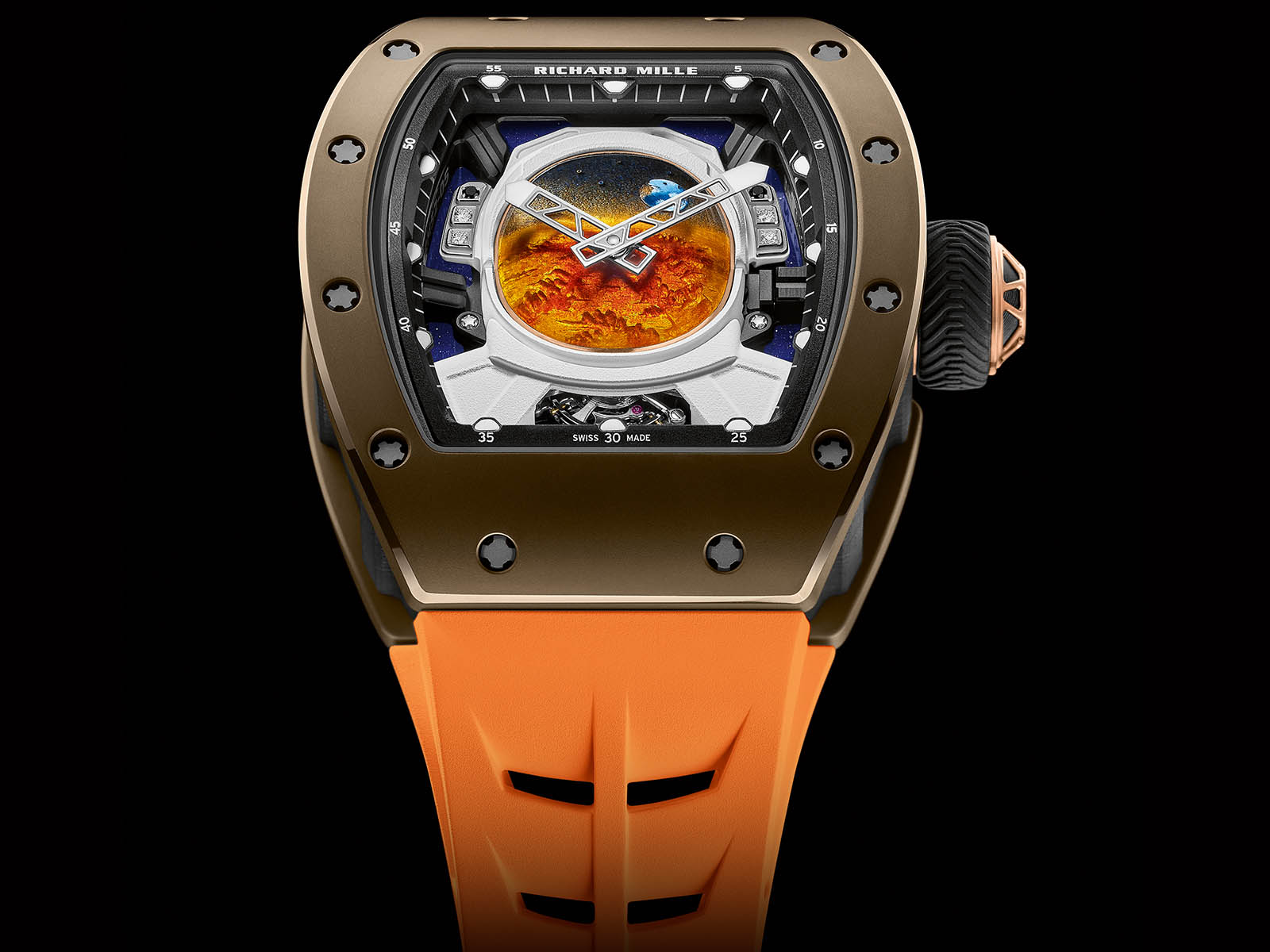 Yeah, money is changing hands fast. The rebels coming out of the ghettos earn big money and popularity with their services/products lacking science, art, aesthetics, and quality. The brands, on the other hand, compulsorily, support this. I’m sure RM will find ultra-rich people that will get these 30 watches. The question is how long this trend will continue... 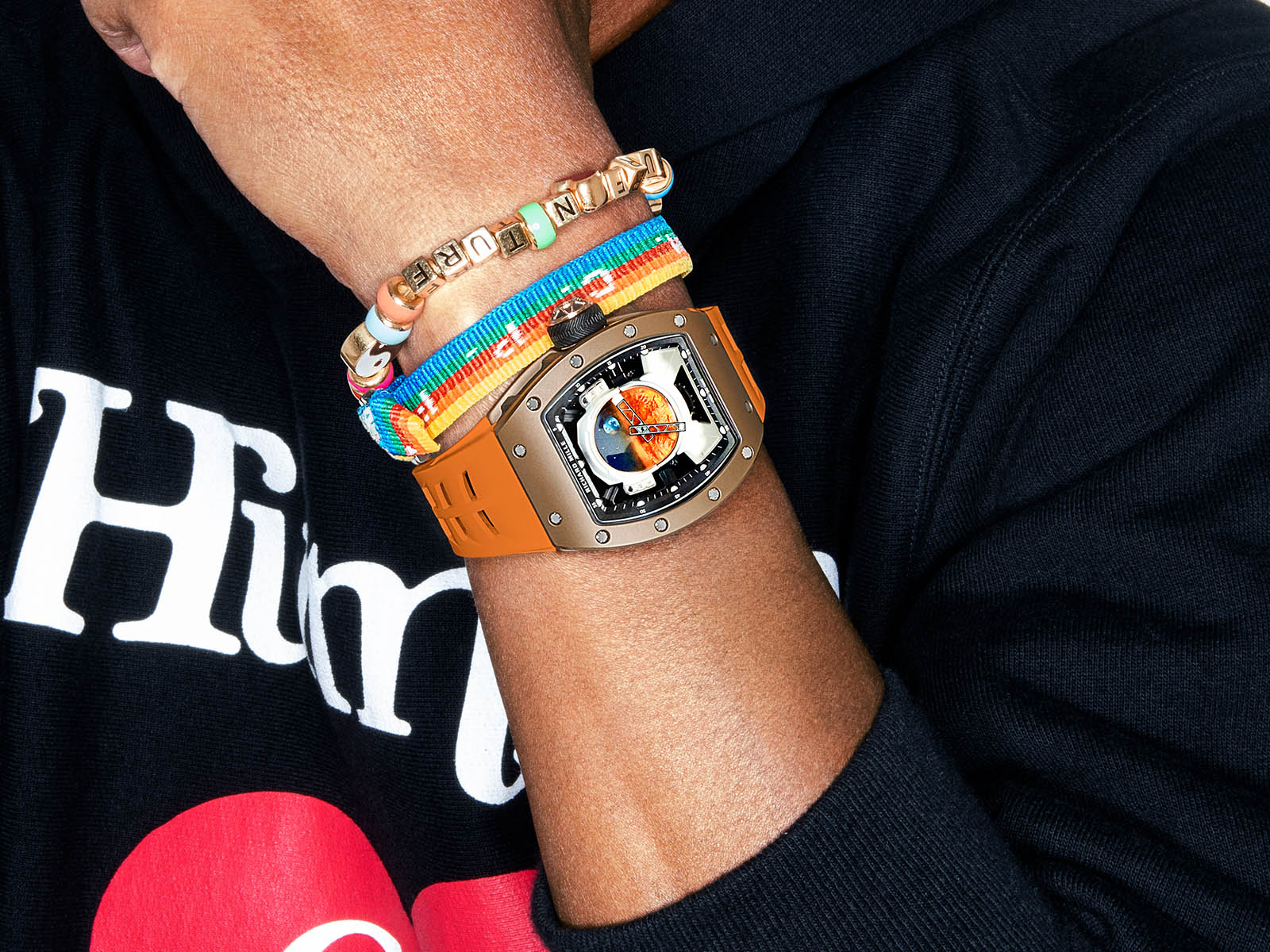 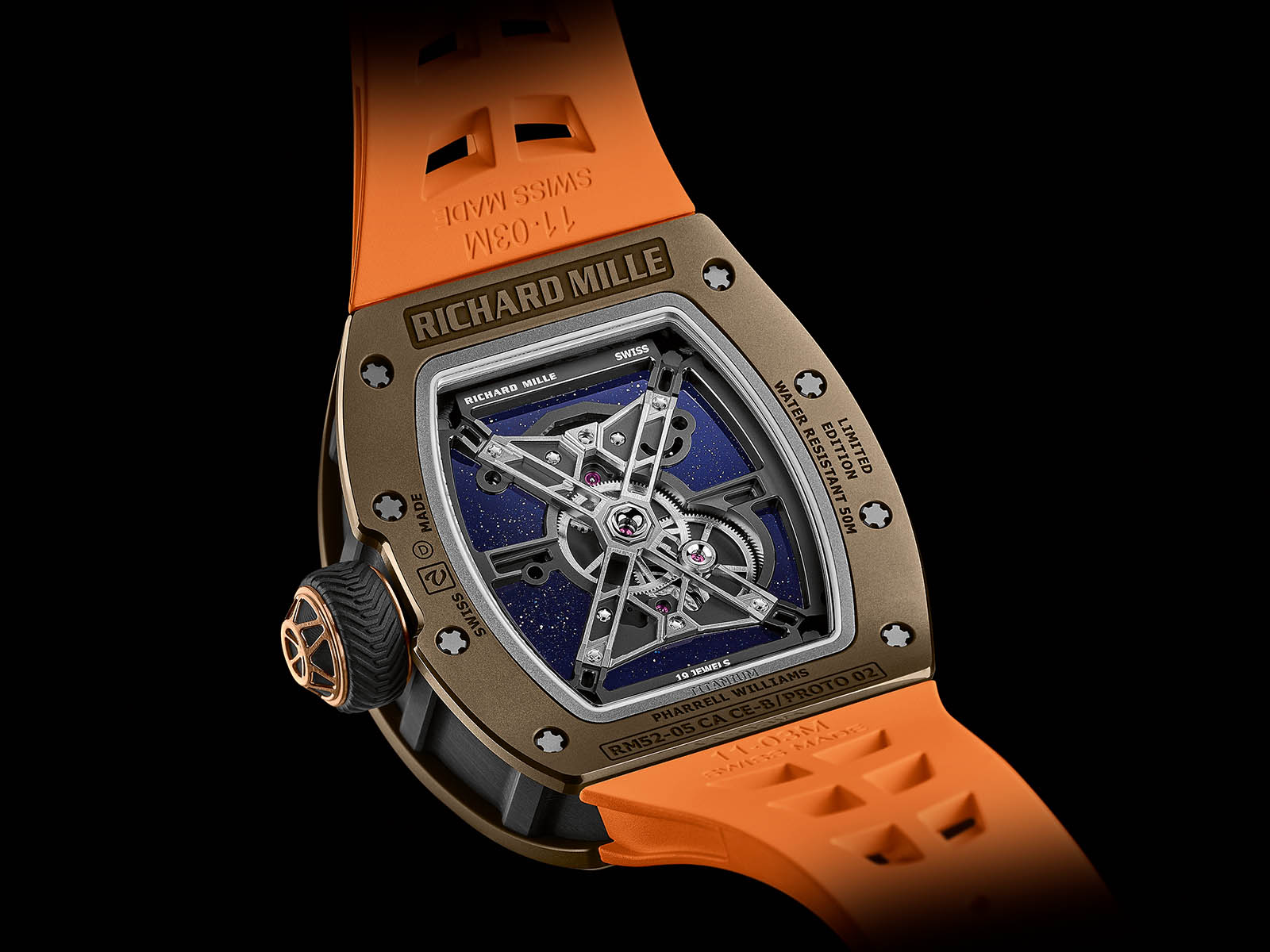