Swatch issued a press statement recently warning its customers of some “Massive Price Hikes” On their popular ETA movements.

A little history on the situation:

Comco, a Swiss regulation committee, told Swatch that it had to continue to sell their ETA movements to direct competitors of their company.  They basically explained that if they stopped, it would destroy the businesses they were selling to.  This includes some of the most popular brands in the industry.  Comco required Swatch to make over a million and a half movements a year, by obligation, for its direct competitors under the guise that “Hey, they’re buying them from you, so you’re still making some cash.”

The problem is, they’re not buying them anymore.  Tudor and Sellita, popular customers up until recently when they started making their own in-house movements, has recently cut down on their ETA orders by over 700,000 units.  Swatch claims that now, their group and ETA must assume the economic risk of their customers, while their competition are allowed to go on with business as usual.  Swatch accuses Comco of forcing them to fill a market demand that is no longer there. 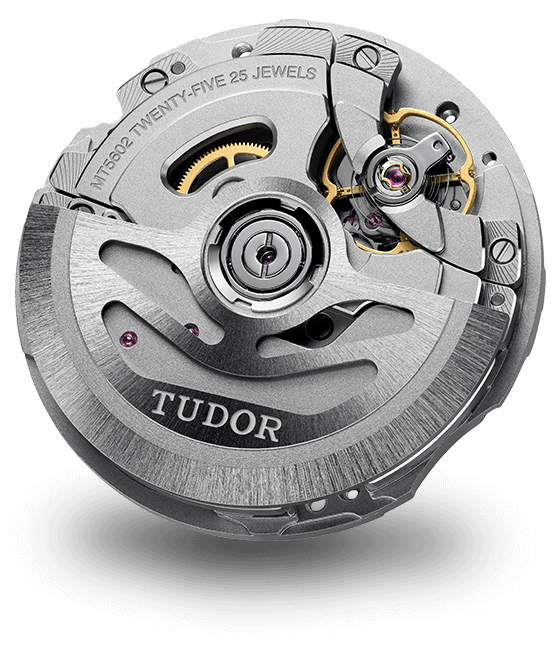 You can read the full statement below: 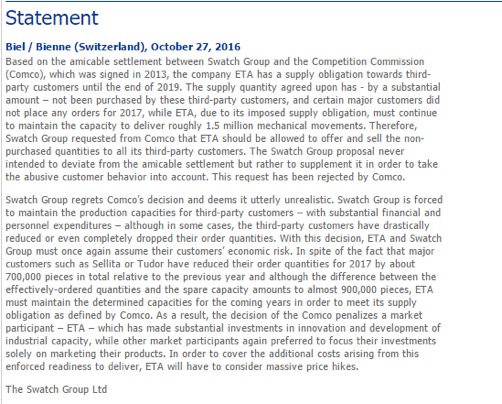