TAG Heuer, which opened a new page under the management of Jean-Claude Biver, one of the veteran names of the watchmaking industry, introduced a new limited edition version of its legendary model Autavia designed to commemorate the 85th birthday of the brand’s legendary founder Jack Heuer. 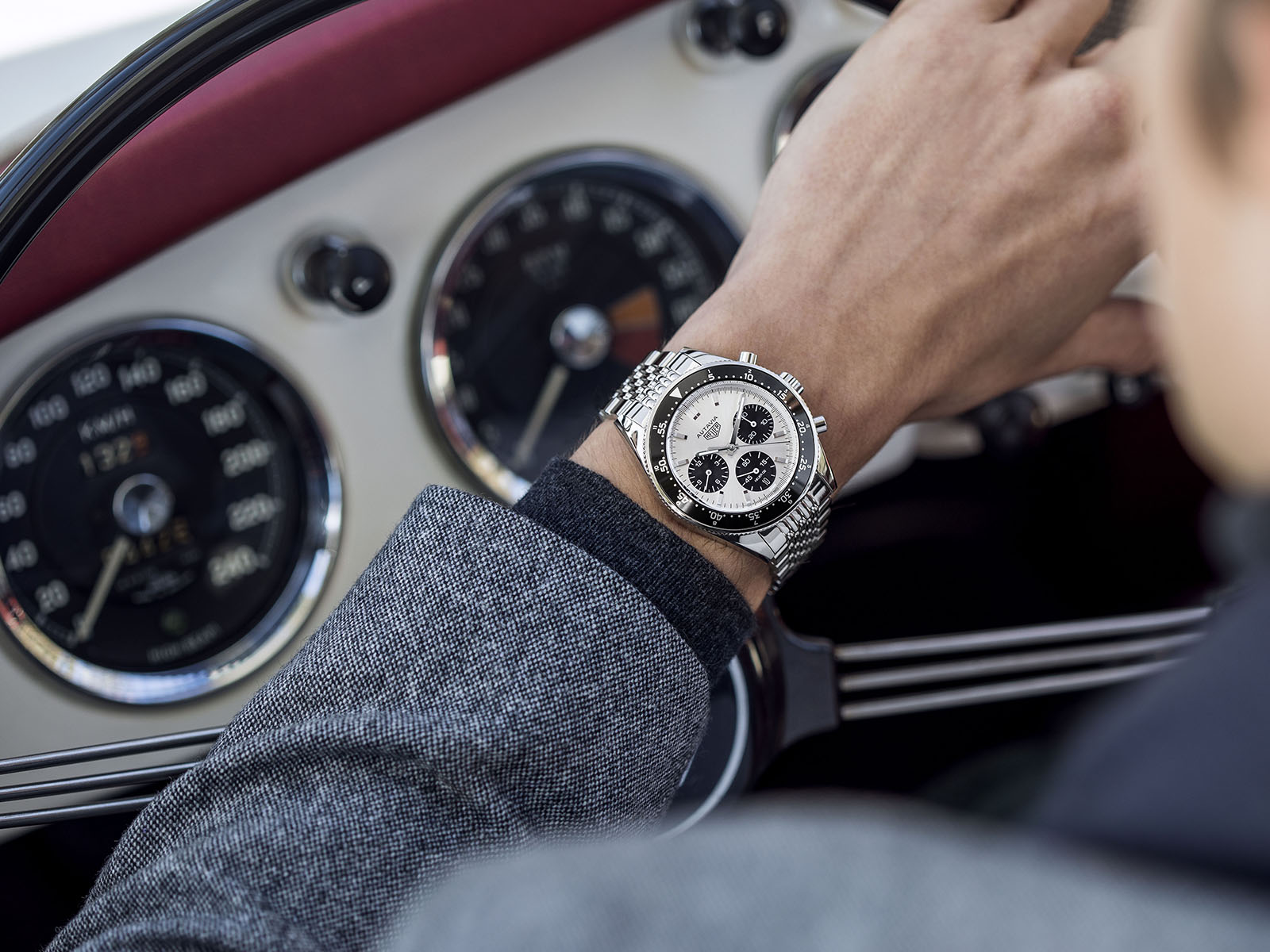 The new Autavia, which is based on the Heuer 02 "Rindt" re-make introduced earlier this year, is limited to 1932 units which is also the birth year of Mr. Jack Heuer. Besides that detail, it is in fact quite meaningful to choose the Autavia to design an exclusive timepiece for Jack Heuer, who is still the spiritual president of the brand, as he is the one who created the Autavia at the first place back in 1969. 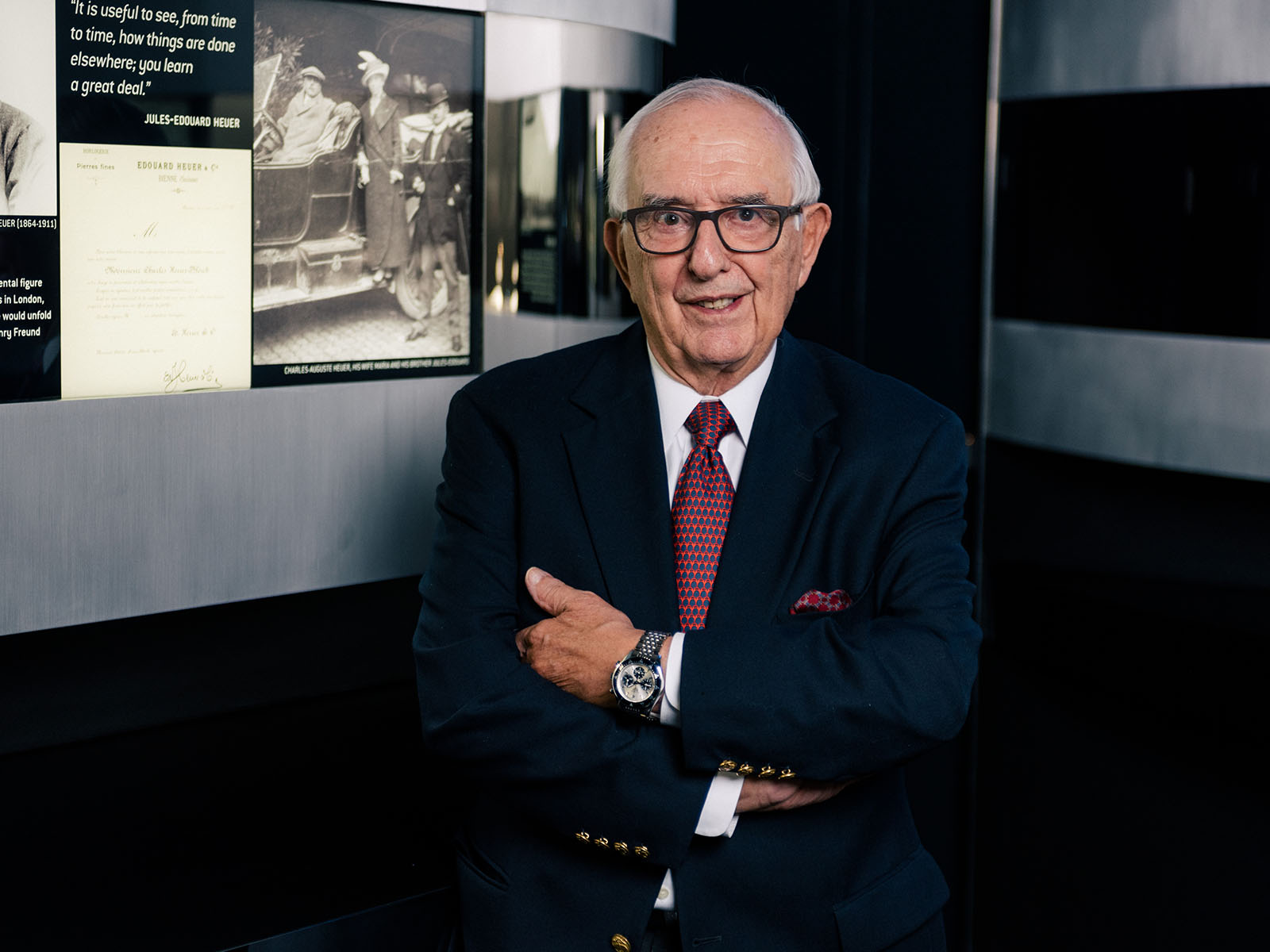 Autavia, one of the model families that eventually emerged from Heuer’s close relation with motor sports, was always more popular than the Carrera and Monaco models of the same era. The model family remained in Heuer’s catalogs until the purchase of the brand by TAG (Techniques d’Avant Garde) in 1985. Today, the first generation Autavias are very popular among collectors as one of the most iconic models of Heuer. 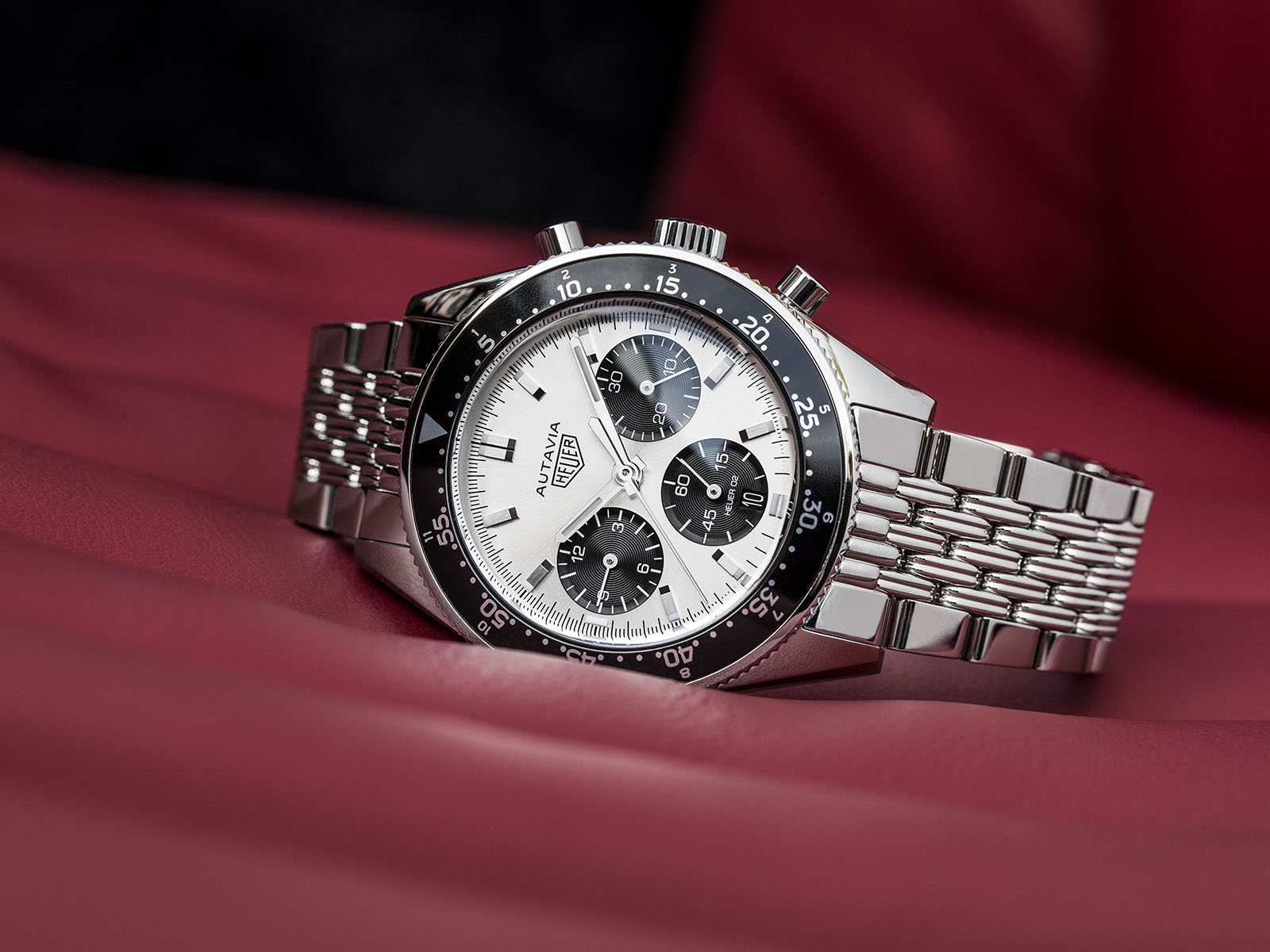 Designed by Jack Heuer himself, the No. 1/1932 version of the new version will show up at the Heuer auction which is planned to take place in the coming days.

The TAG Heuer Autavia Jack Heuer Limited Edition model has great similarities with the inspired vintage version, as is the case with other examples made referring to the highly popular Re-Issue and Heritage trends. However, it features some contemporary updates as well. Unlike the original version’s 39mm diameter case, the Autavia Jack Heuer Limited Edition model is offered in a modern, 42mm diameter case. The stainless steel case is equipped with a wider and thicker bezel in line with the increased diameter. Water resistant to 100 meters, the case sports a scratch resistant sapphire crystal on the front side and a solid stainless steel caseback (featuring engraved signature of Jack Heuer) at the rear side. 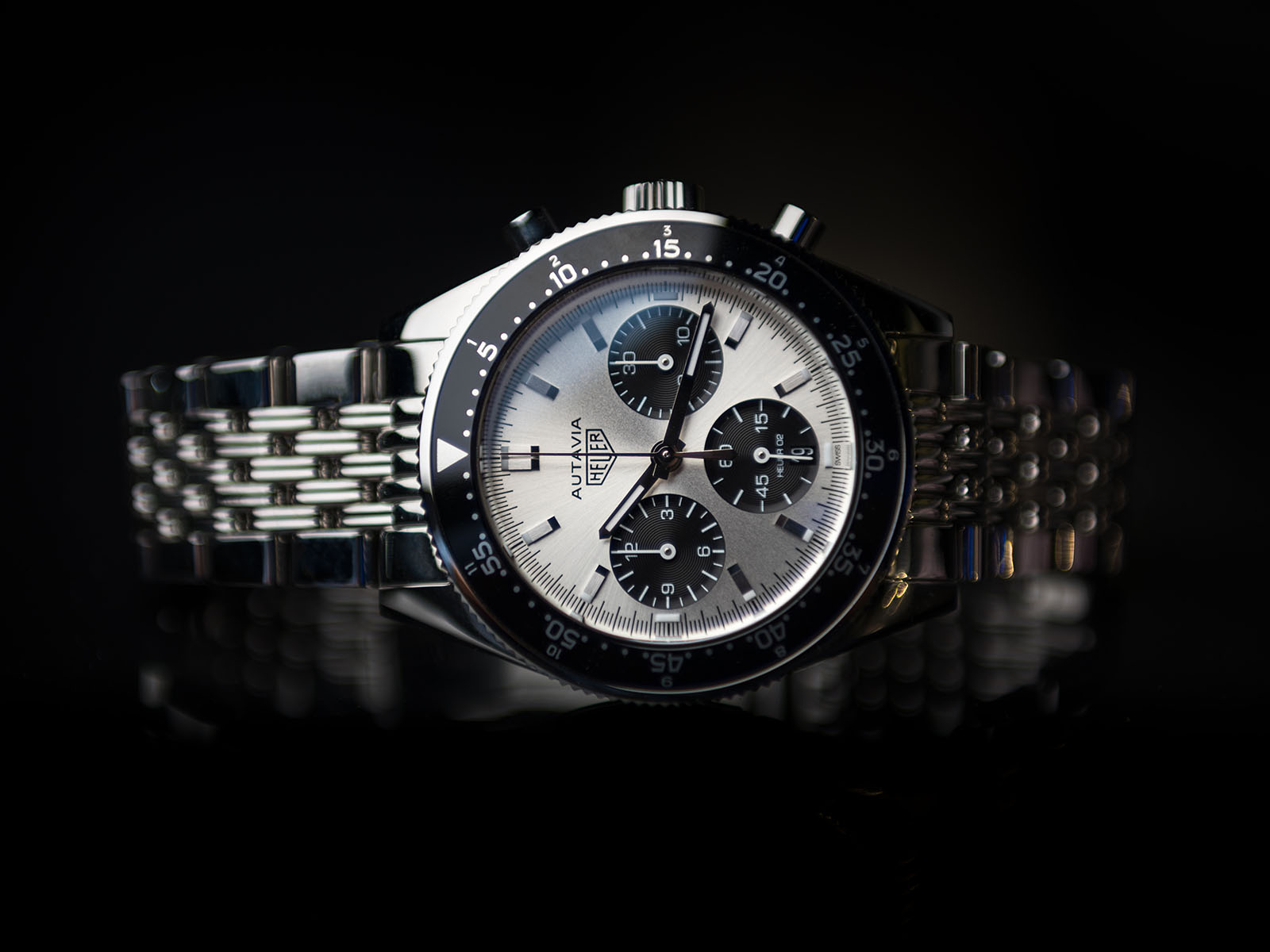 The new model’s dial is designed in contrasting color scheme which is known as Panda for many watch enthusiasts. Finished in silver color, the dial sports three sub-counters and a date display at 6 o’clock. 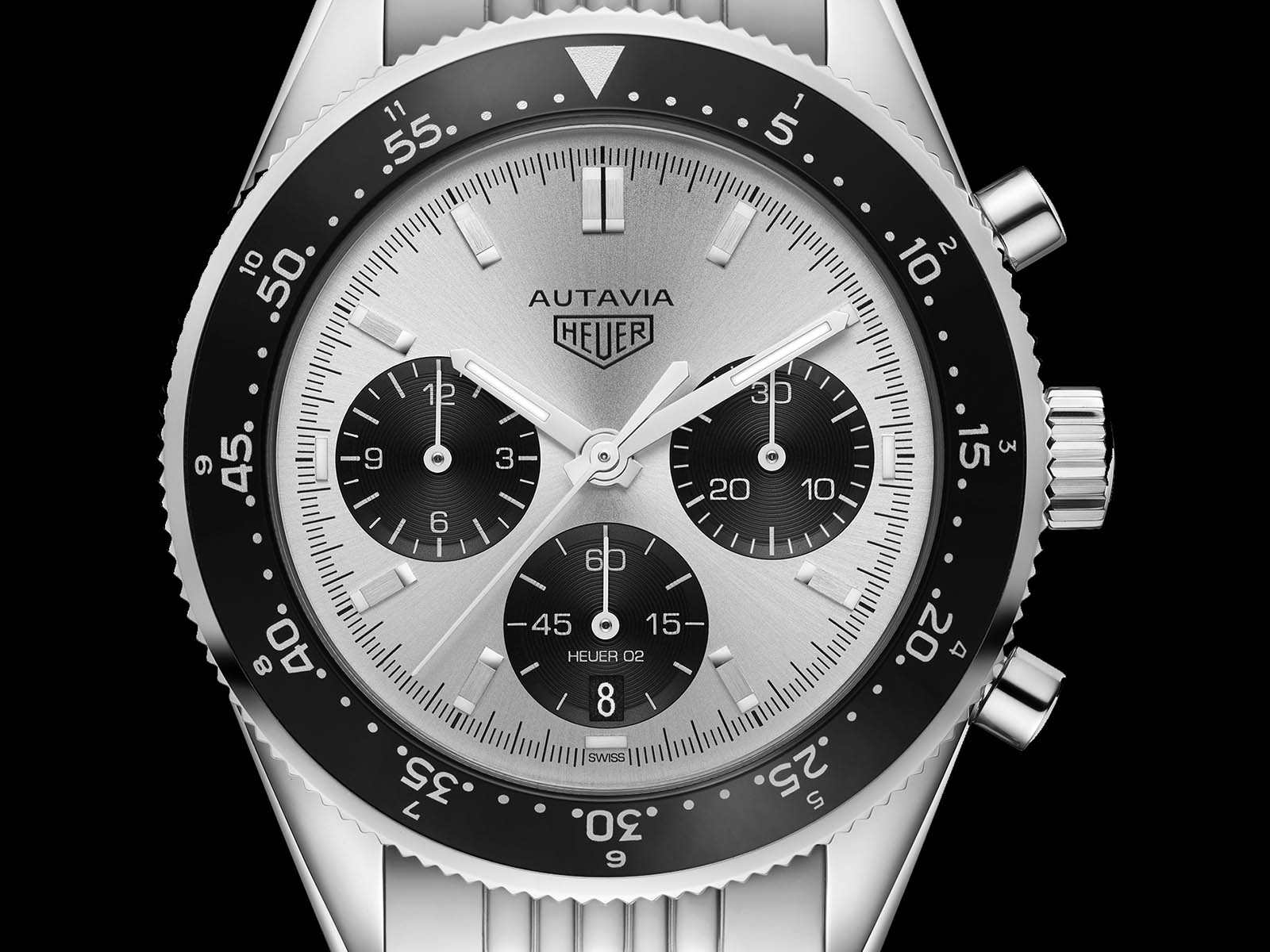 TAG Heuer Autavia Jack Heuer Limited Edition is powered by the in-house Caliber Heuer 02 like the standard versions in the collection.  Self-winding movement features a column wheel vertical clutch chronograph module displayed in Tri-Compax lay-out and a date display in addition to its time keeping function. The movement beats at 4Hz and offers an efficient 80 hours power reserve when fully wound. 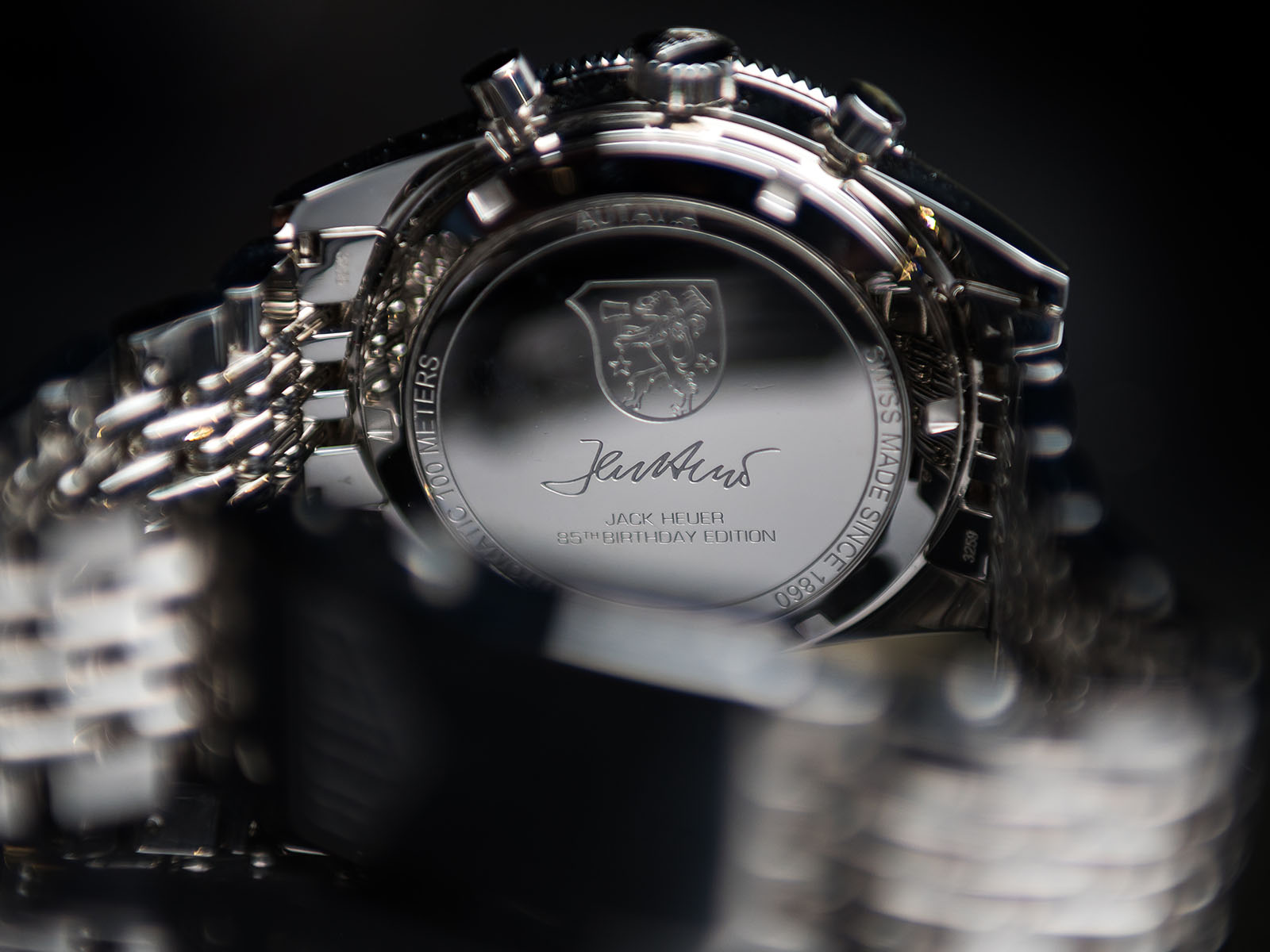 The new model comes on a stainless steel bracelet that was inspired by the Gay Frères signed metal bracelet found on the 1960s Autavias.