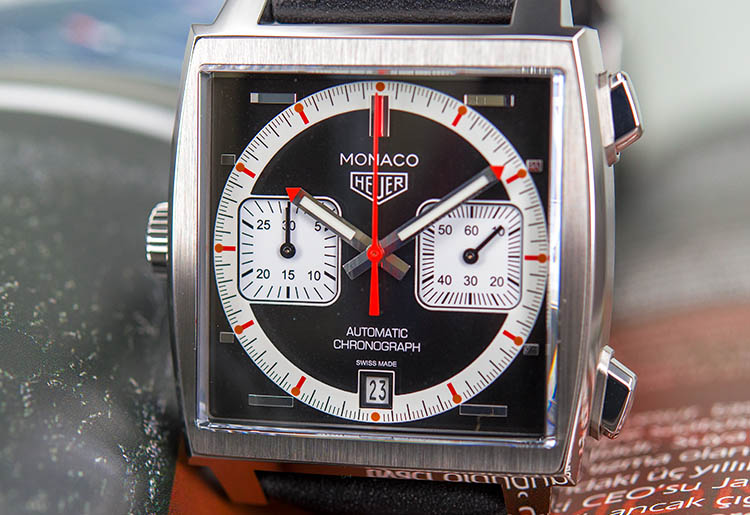 The Swiss luxury watchmaker TAG Heuer, which is in close relationship with motorsports, introduced the fourth model of Monaco for the 50th-anniversary celebration at the Tokyo National Museum in Japan. In the past months, the brand introduced the green dial version in the ’funky’ style of the 70s, a red color theme version inspired by the flashy 80s, and the industry-themed 90s version. The new Monaco 1999-2009 Limited Edition comes with a black and white theme and red accents. 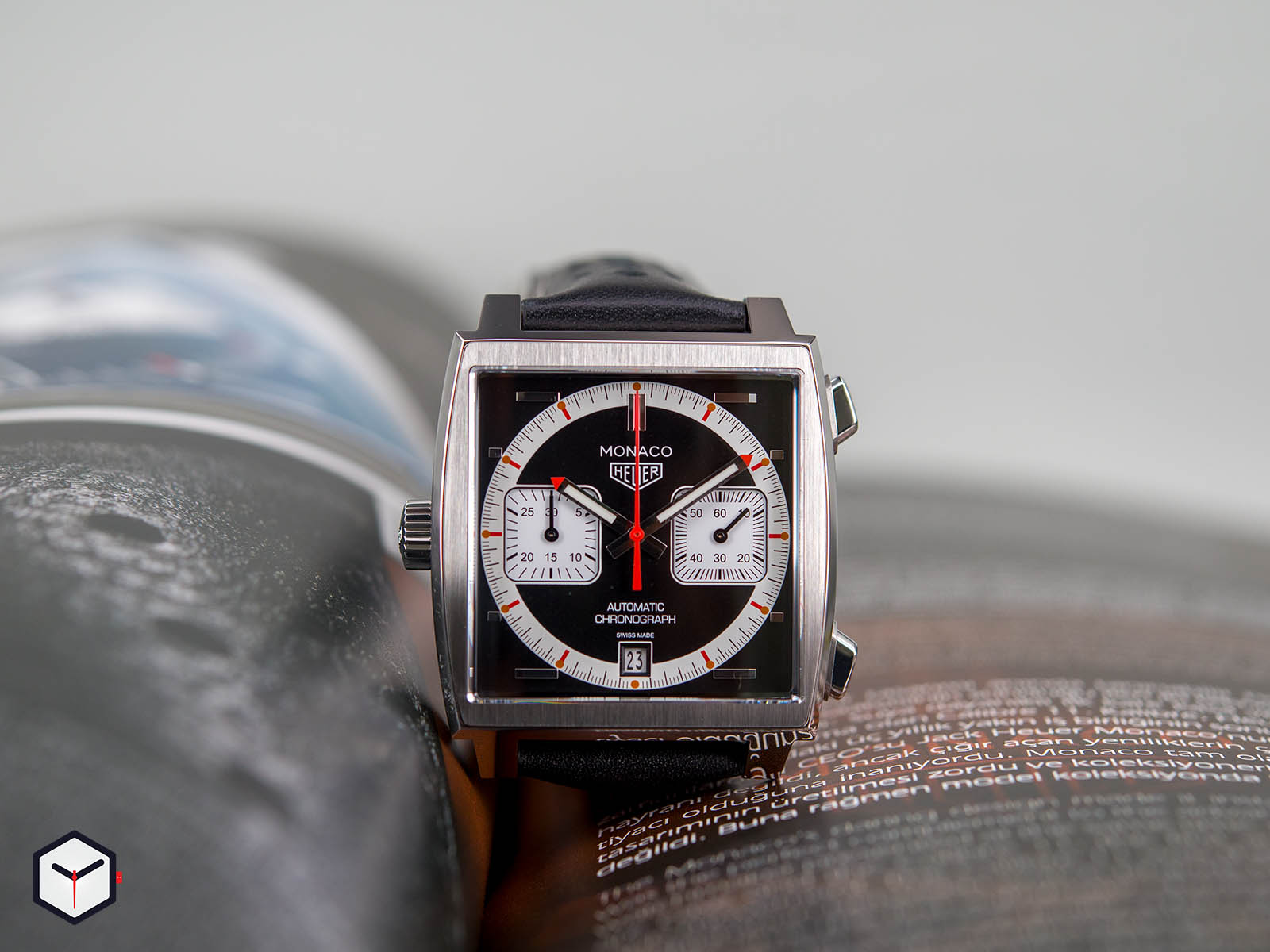 TAG Heuer Monaco first met watch lovers in 1969. The watch attracted attention with its modern case and Caliber 11 movement also known as Chrono-Matic. This movement was one of the first automatic chronographs developed in collaboration with Heuer, Breitling, Hamilton-Buran and chronograph expert Dubois-Depraz. For this reason, Heuer Monaco and TAG Heuer Monaco watches are among the most remembered and known models. Although it took some time for the watch to become famous, it managed to become an icon in the 1990s. 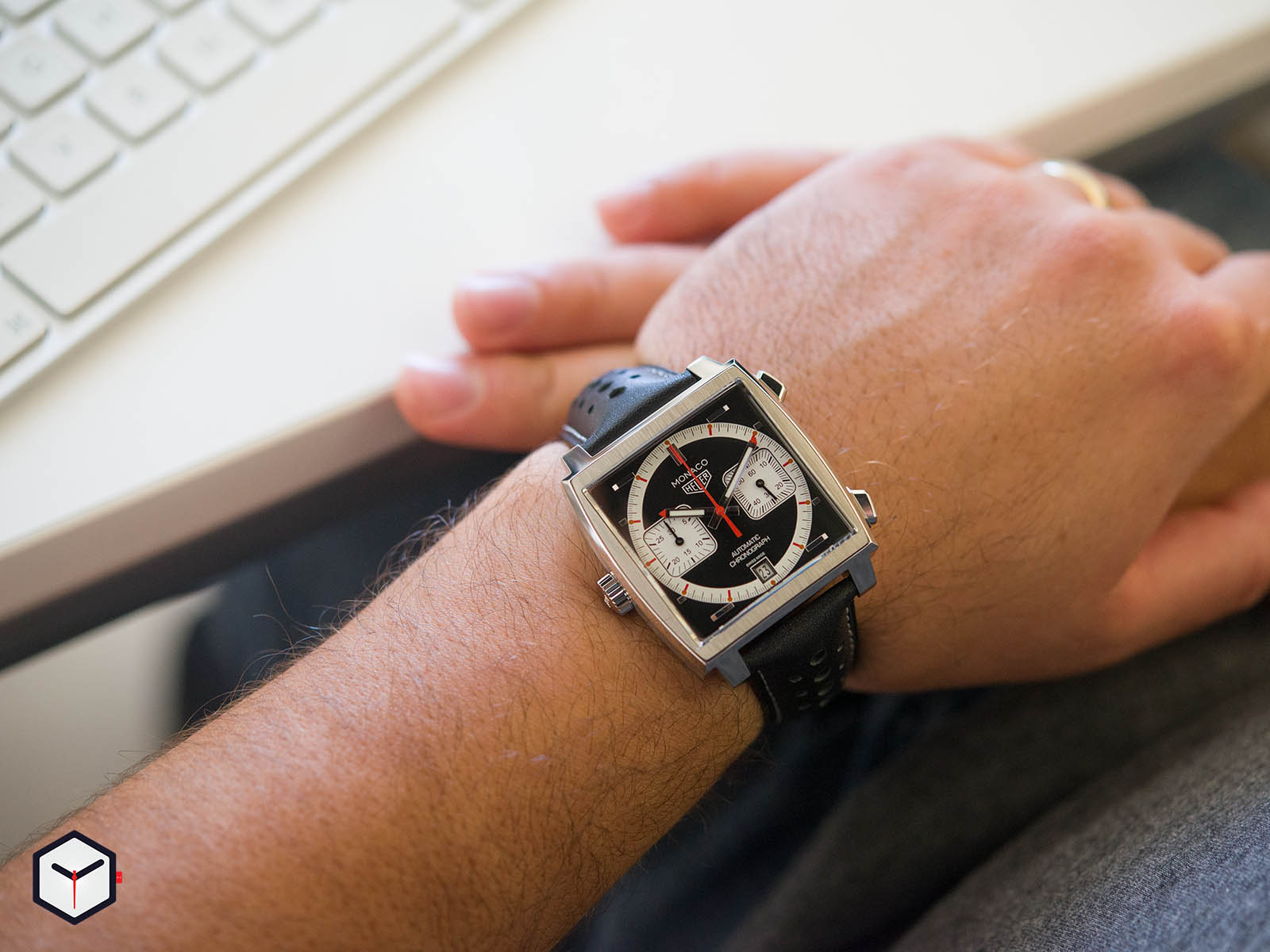 After three models, TAG Heuer recently introduced the fourth model in the series. Dedicated to the 2000s, the watch features a stylish black and white theme and cool racing details that remind of the bold design codes of the decade from 1999 to 2009. 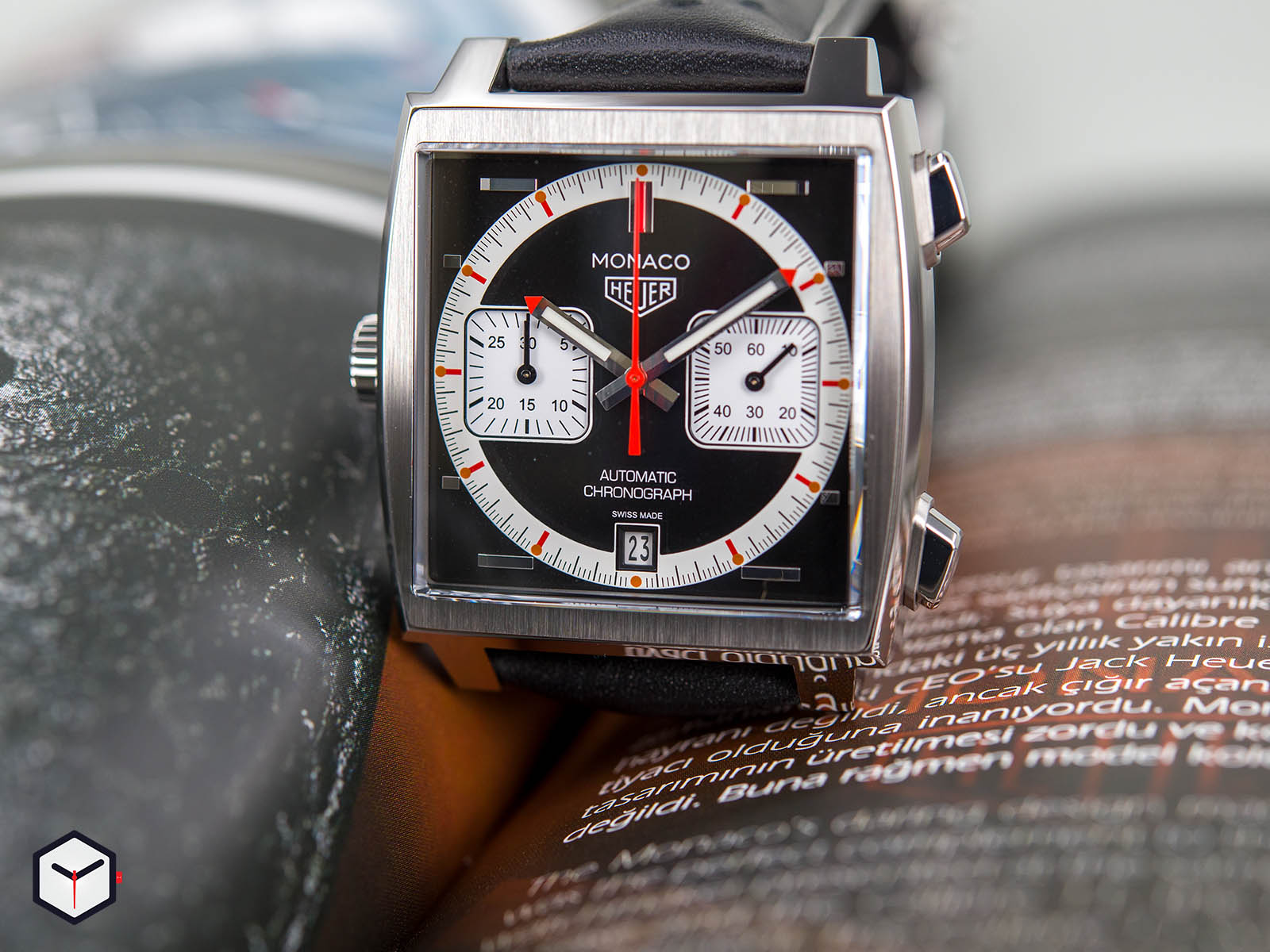 TAG Heuer Monaco 1999-2009 Limited Edition is no different from other models in the series. The Caliber 11 Monaco retains its basic features and more design-related changes stand out. At the end of the day, we can say that the model is quite remarkable.

The model comes in a square-shaped and polished stainless steel case measuring 39mm x 39mm. The front side is equipped with a box-type sapphire crystal. The winding crown of the model is at 9 o’clock, a signature detail for the re-issue versions, and the angled chronograph pushers are on the right side of the case. 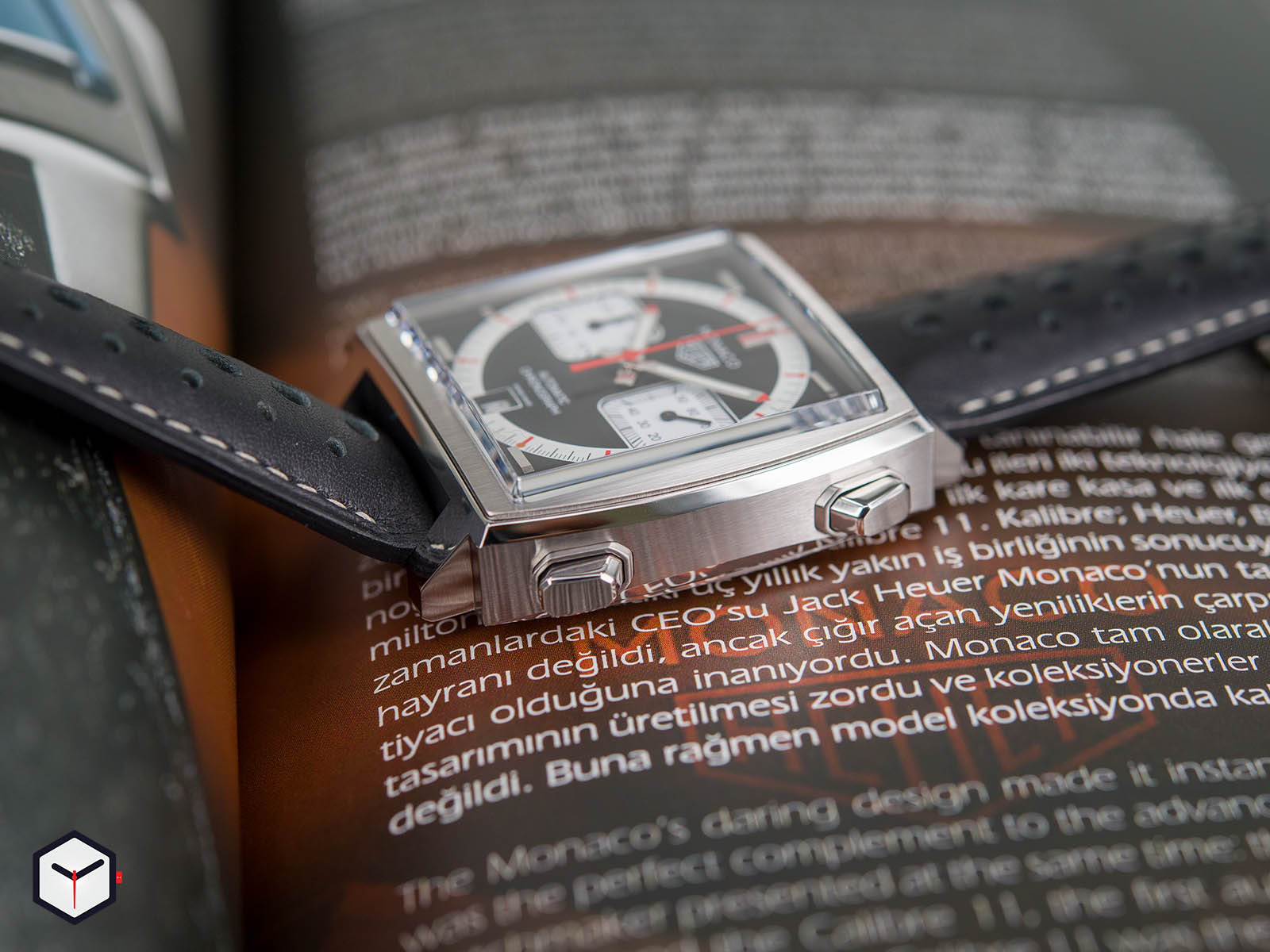 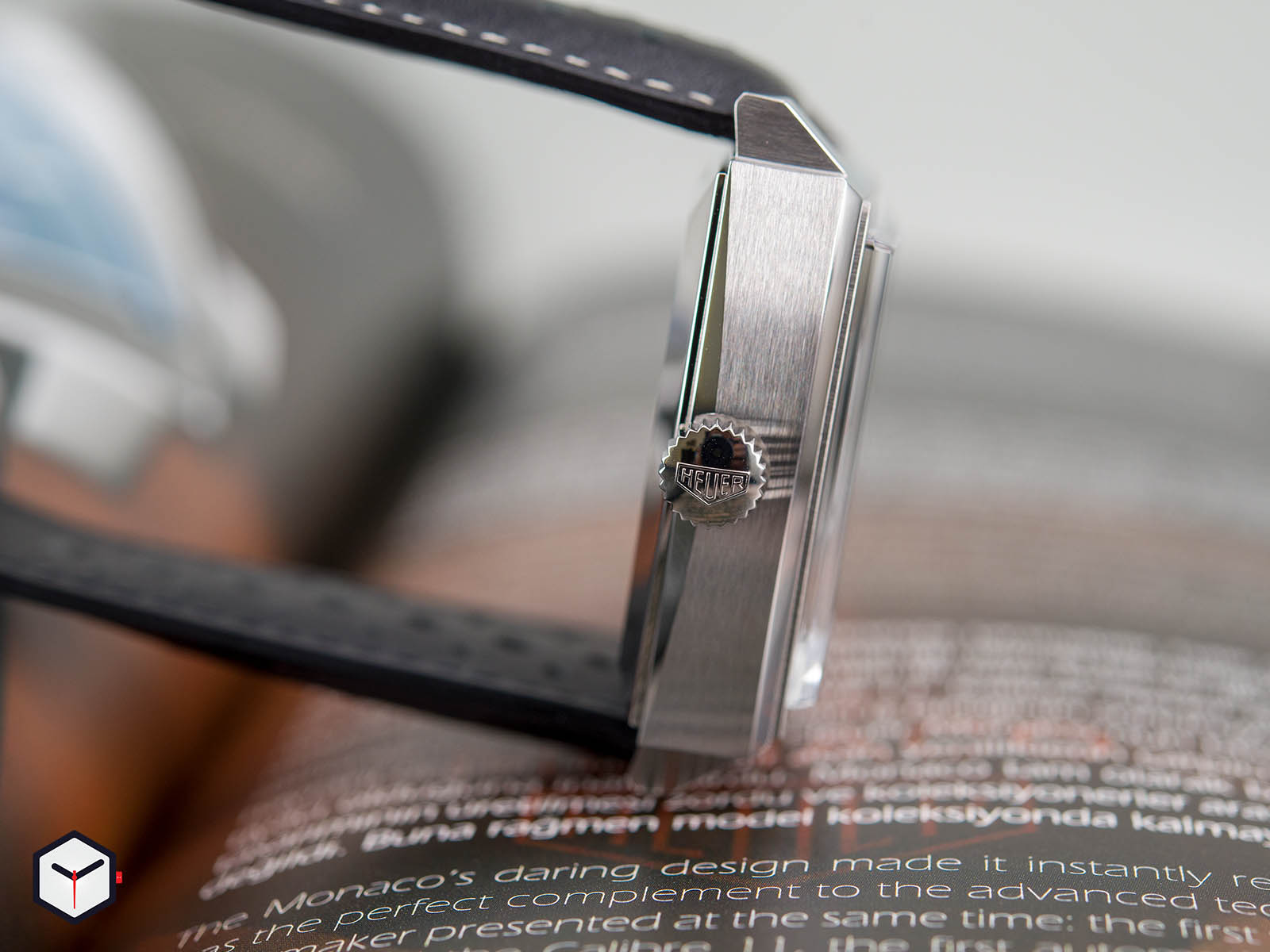 Inside the case is the modern TAG Heuer Caliber 11 based on the automatic Sellita SW-300 that is modified with a Dubois-Depraz chronograph module, providing a 40-hour power reserve when fully wound. A solid case back featuring the “1999-2009 Special Edition” and “One of 169” engravings covers the movement.

Major changes in Monaco 1999-2009 Limited Edition welcome us on the dial. White sub-dials placed on a black opaline background. The most noticeable detail is the white, circular minute / second scale. Multiple red-orange details on the hour and minute hands, 5-minute markers and circular scale complete the ‘racing’ theme of the model. The facet indexes are horizontal as in other Monaco models. 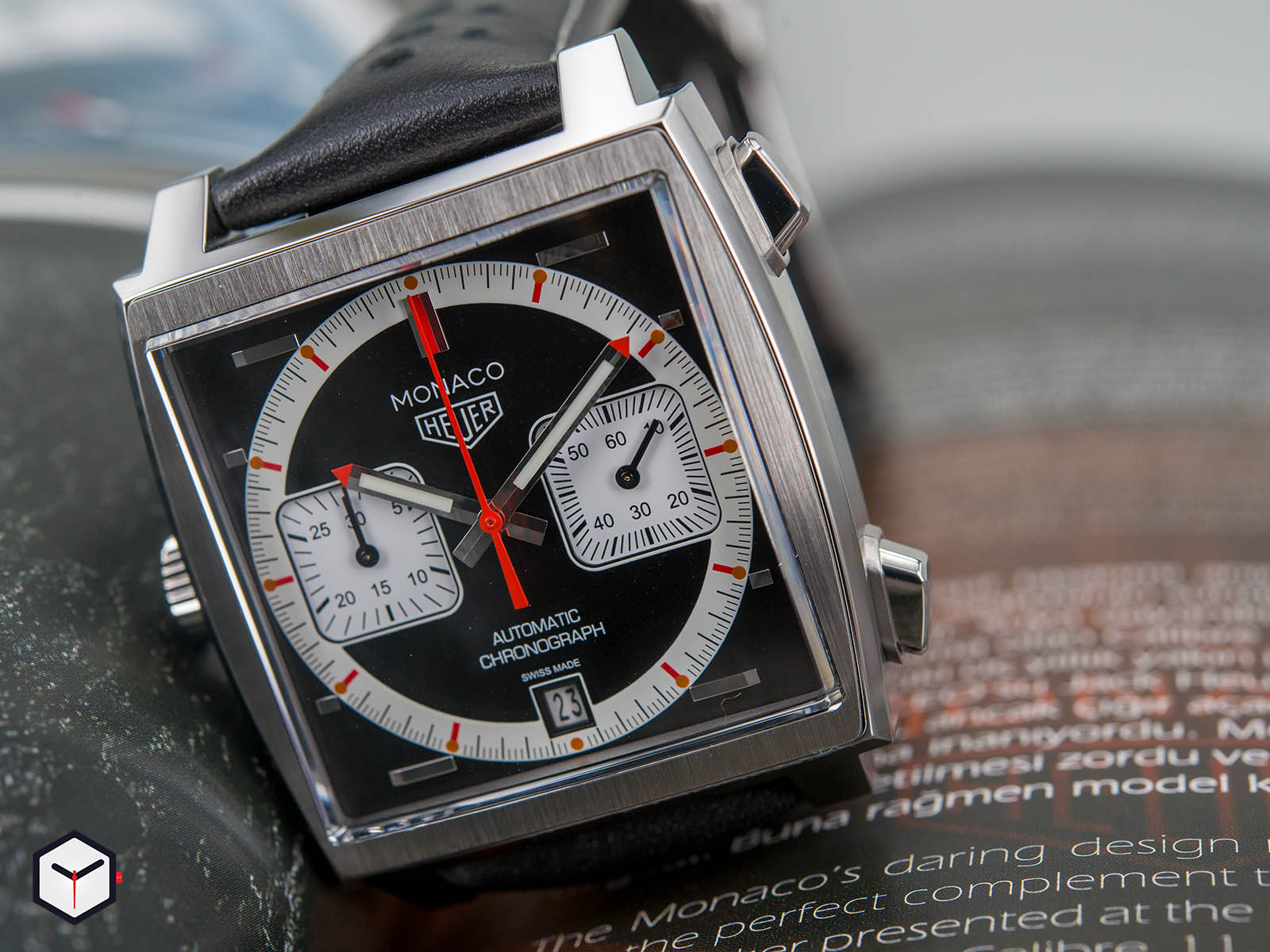 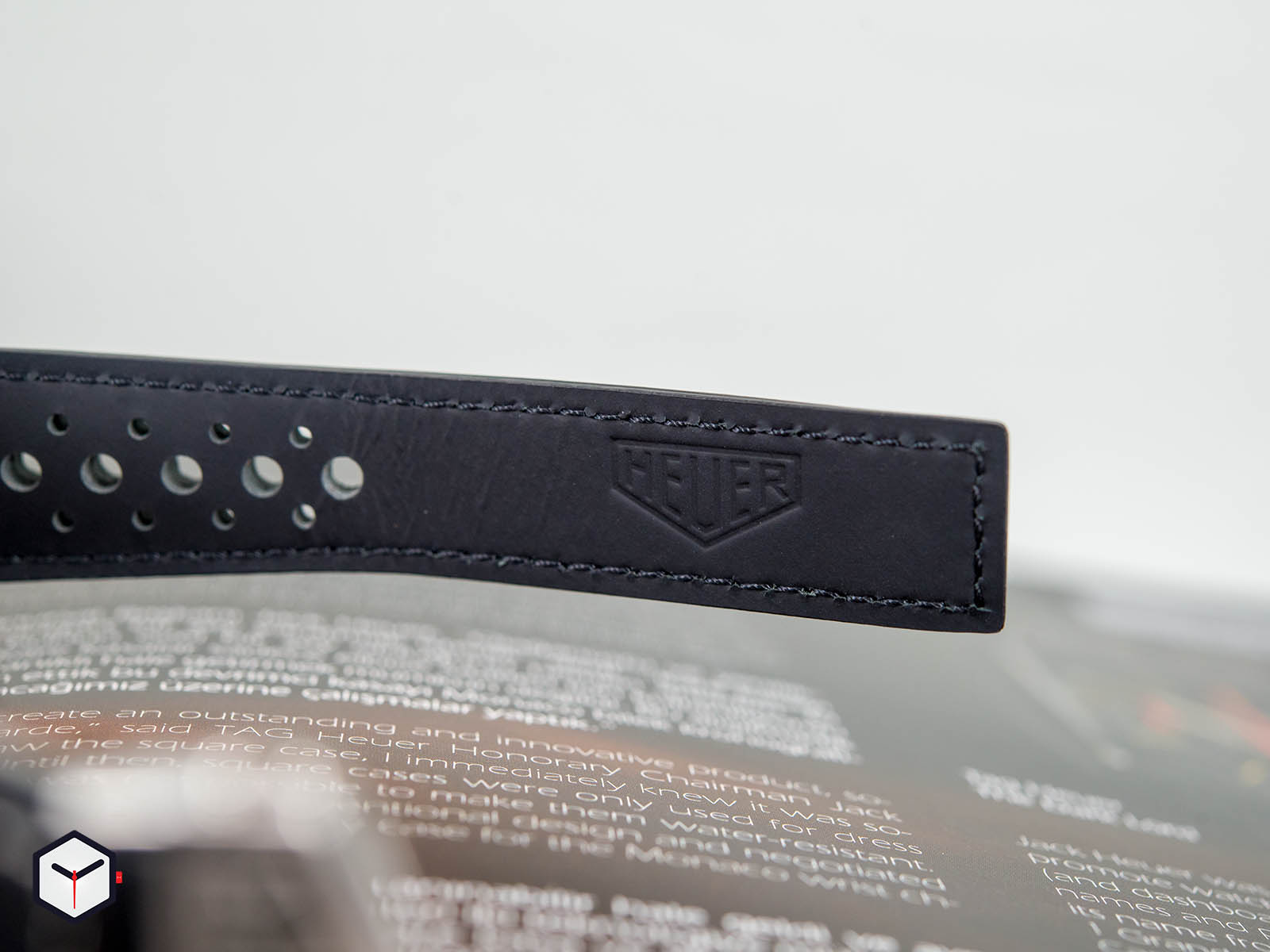 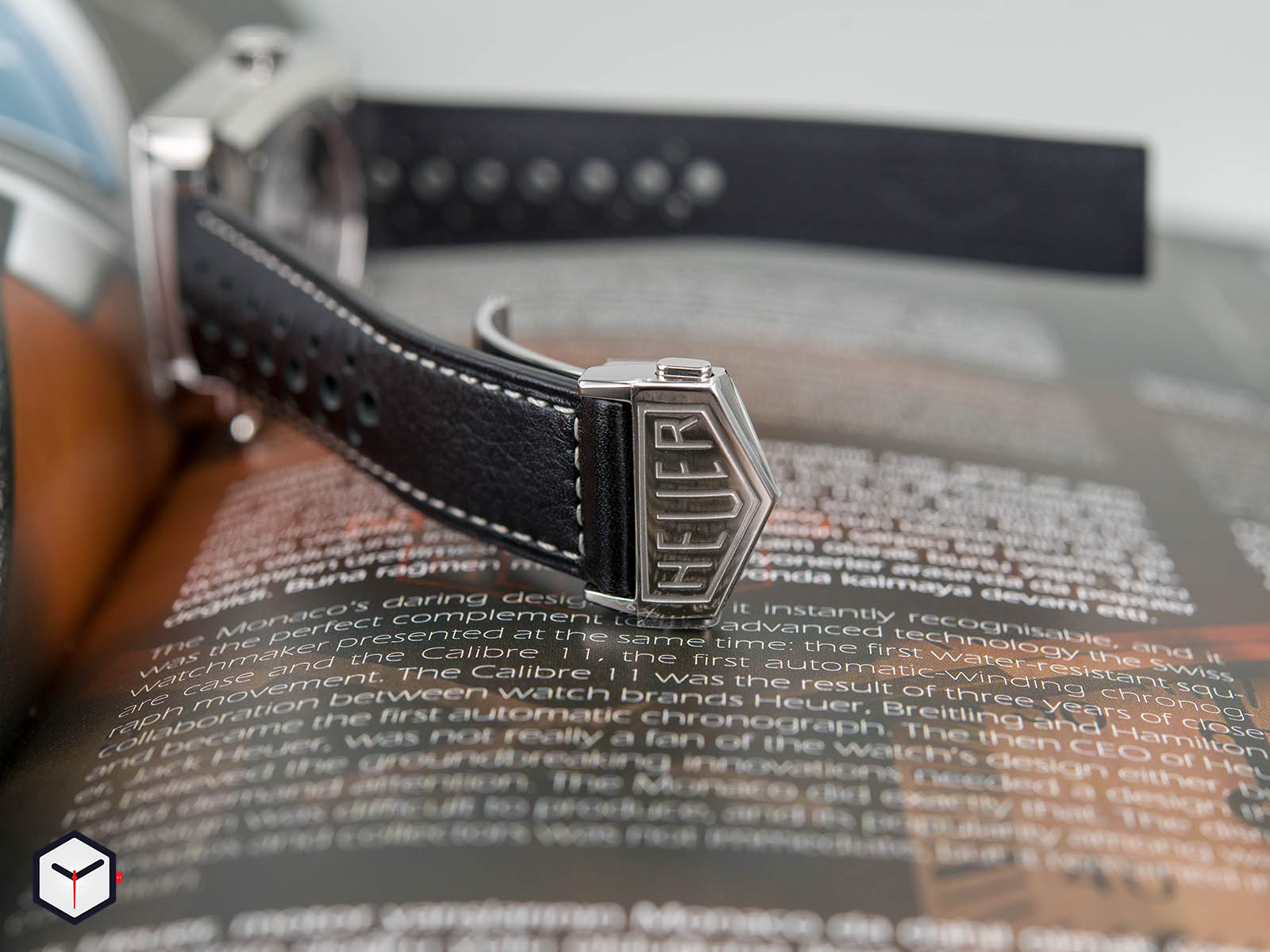