Jacob & Co. takes one of Hollywood's most legendary movies, Scarface, to the wrists by its new model Scarface Opera by Jacob & Co. 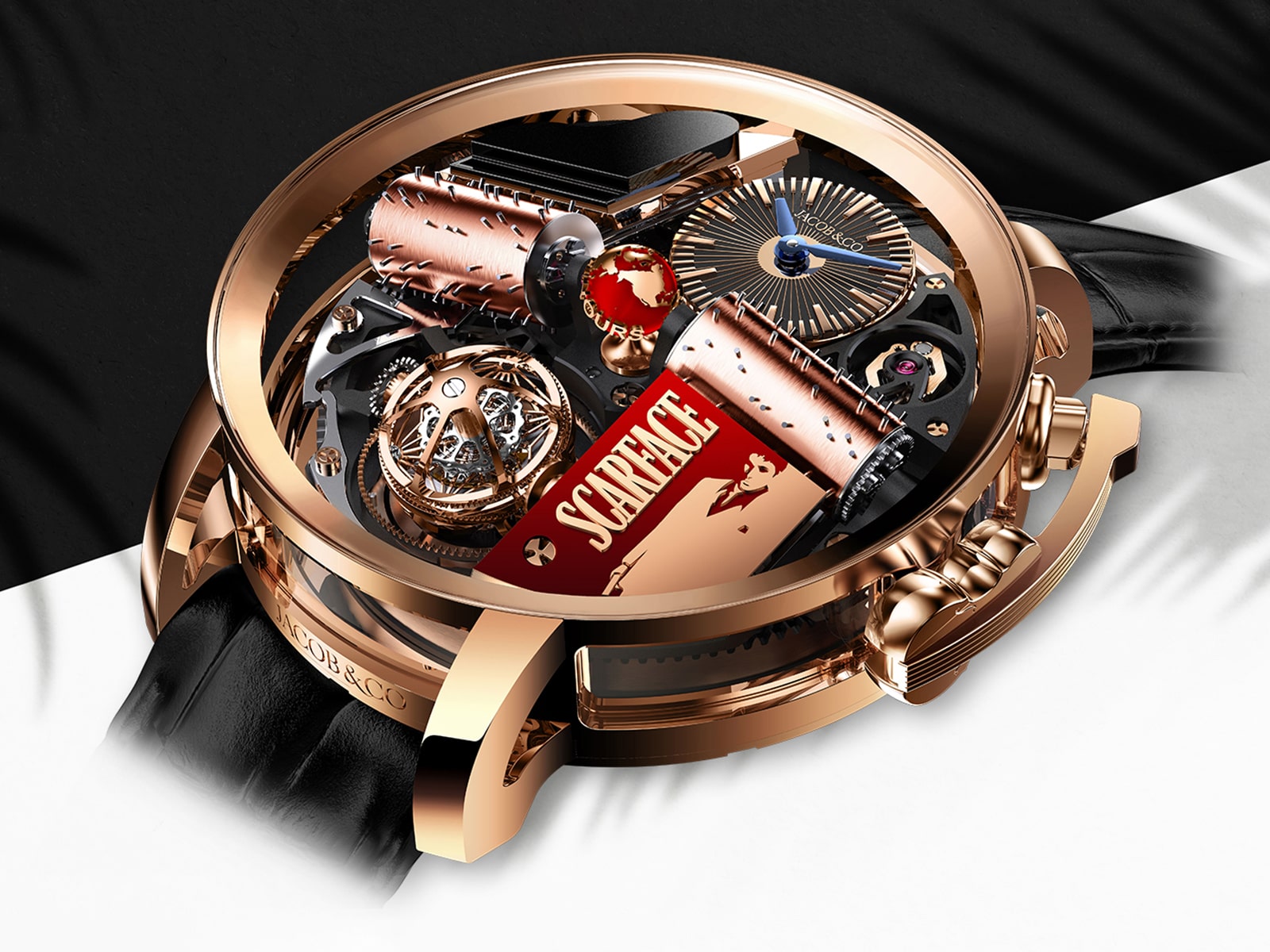 Scarface, which has the most iconic character and sentences in the history of cinema and has an IMDB score of 8.3, managed to be engraved in the memory of at least two generations, even though it met its audience in 1983. Brian De Palma was sitting in the director's seat while Oliver Stone wrote the script. The film, which successfully reflects the atmosphere of the years it was filmed, deals with the arrival of the character of Tony Montana, played by the legendary actor Al Pacino, from Cuba to America and his life progressing within the framework of gangster culture. 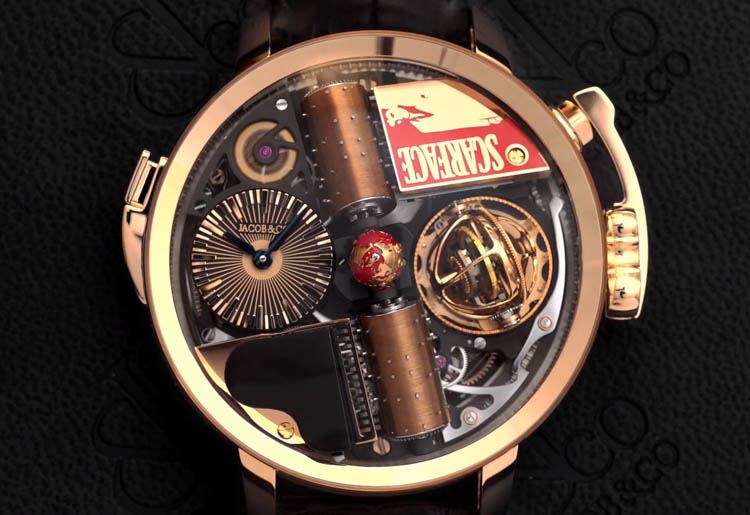 Bringing unusual models to the world of luxury watchmaking, Jacob & Co. worked with the 'Universal Brand Development' unit to celebrate Scarface, which is one of the most watches Hollywood films of all time. They added a new model to the Opera collection using the movie's Bolivia music. 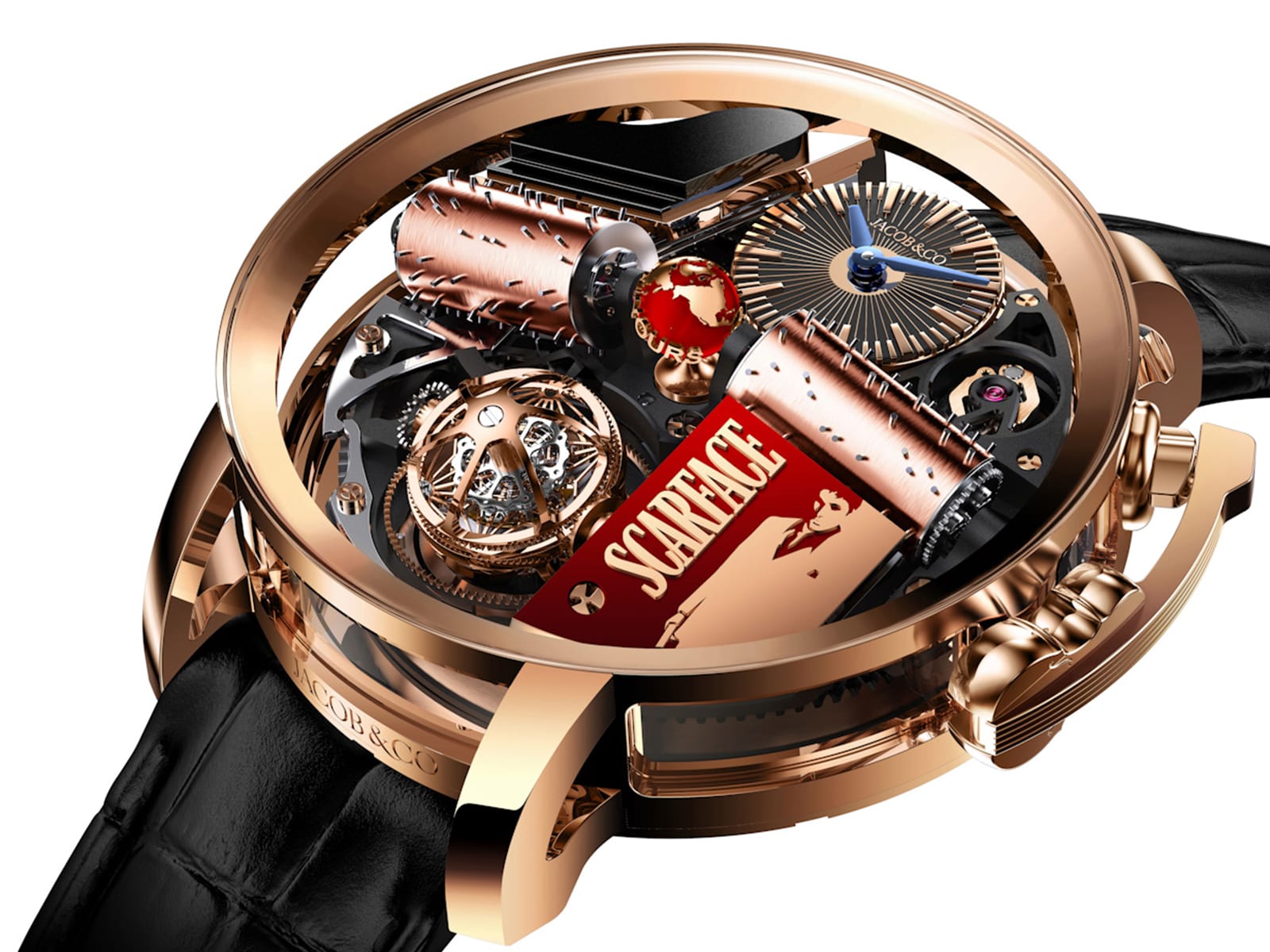 Scarface Opera by Jacob & Co. (Ref. OP110.40.AK.AA.ABALA) comes in an 18K rose gold case measuring 49mm in diameter. While the entire dial is rotated 120 degrees under the curved and AR-coated sapphire crystal, the 120-note music box starts playing the unforgettable music of the movie when the pusher at 10 o'clock is pressed. The flashy case resists water pressure up to 30 meters. 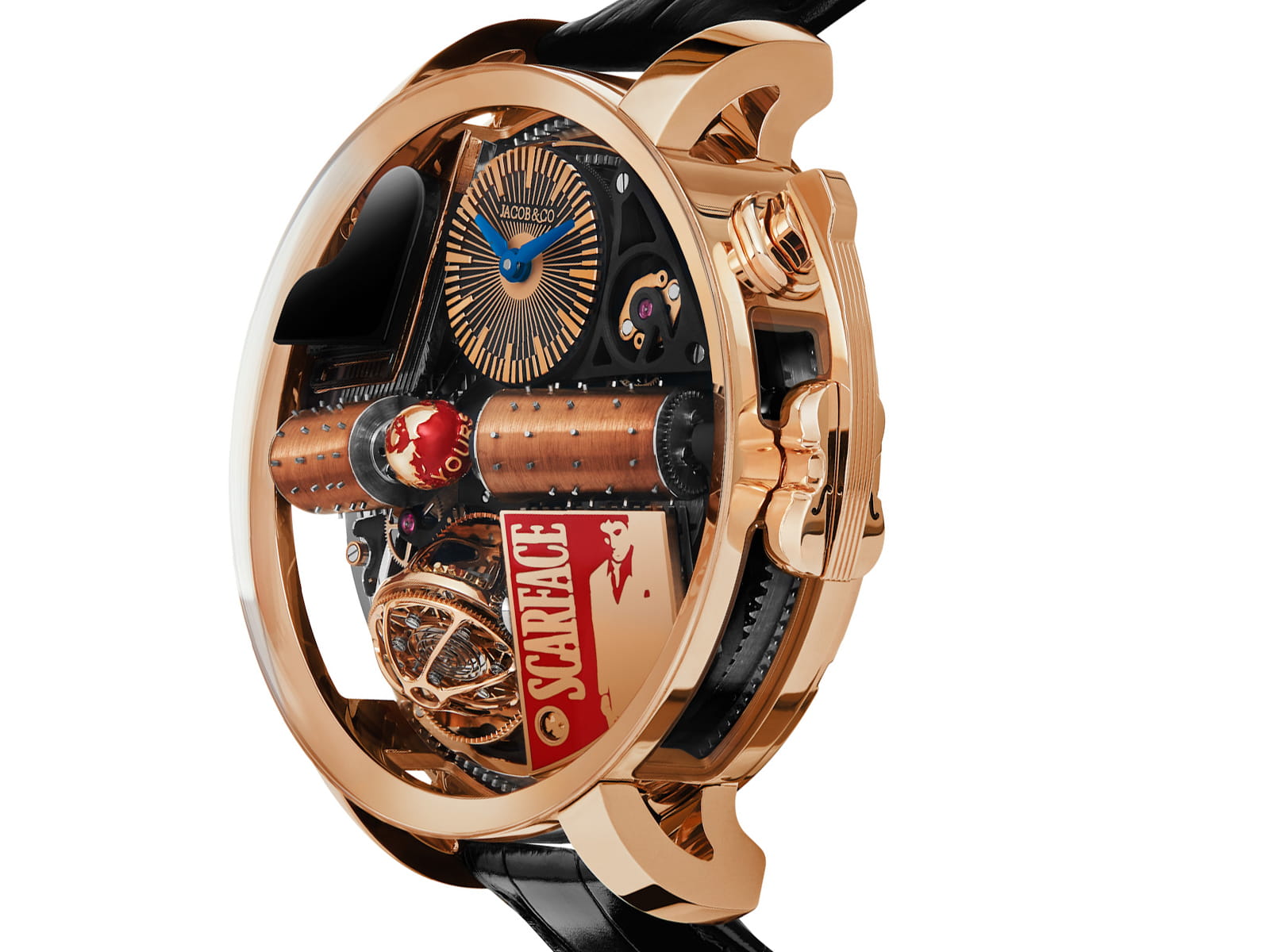 Thanks to the brand's skillful work and patented differential system, the time display always stays at 12/6. The dial also features a black lacquered 18K gold piano whose keys move while playing Bolivia and a nameplate with the Scarface logo made of 18K gold. In the middle of all this is the "The World is Yours" sphere made of 18K pink gold, which we saw in the entrance hall of Tony Montana's mansion in Miami. 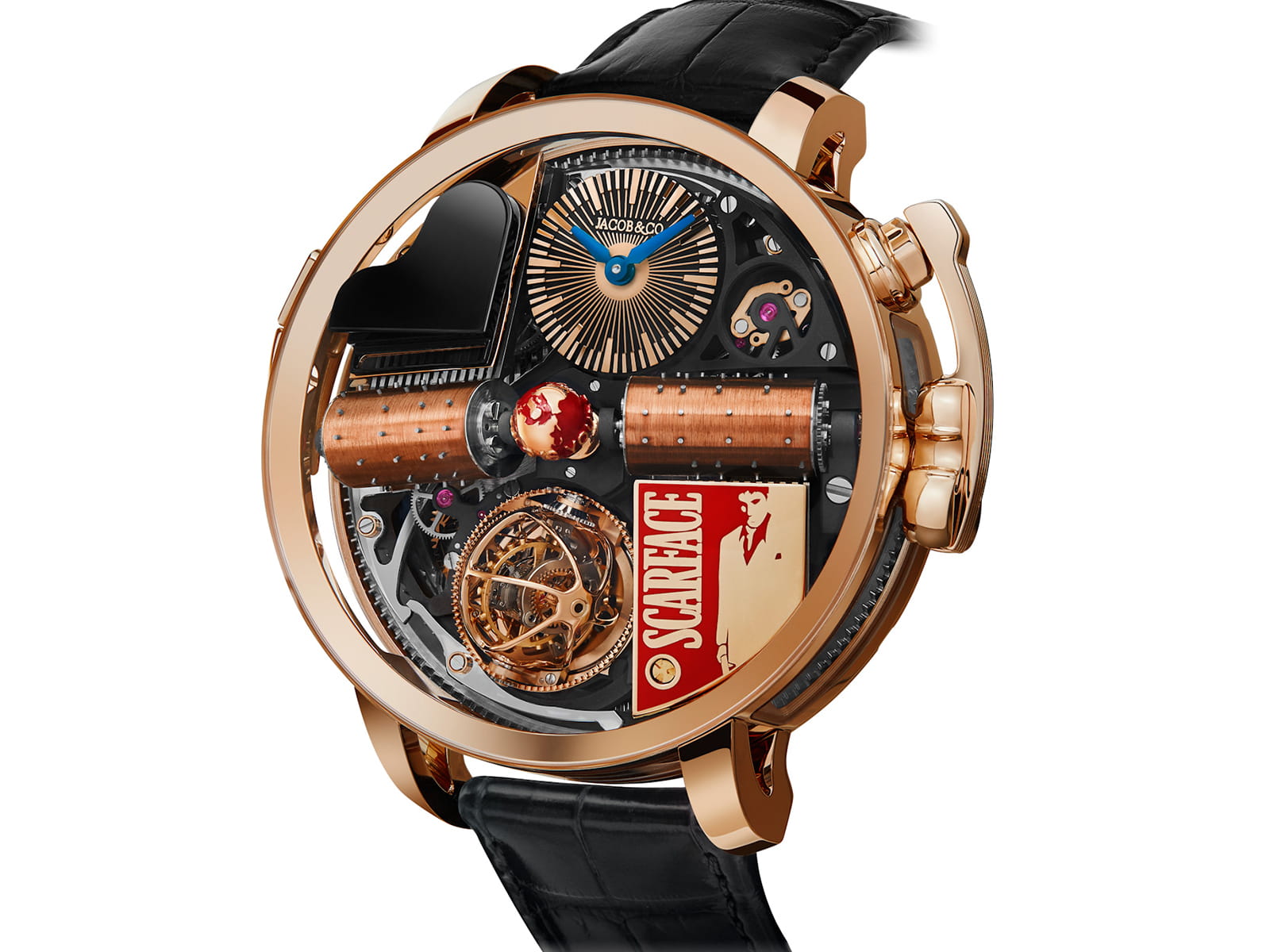 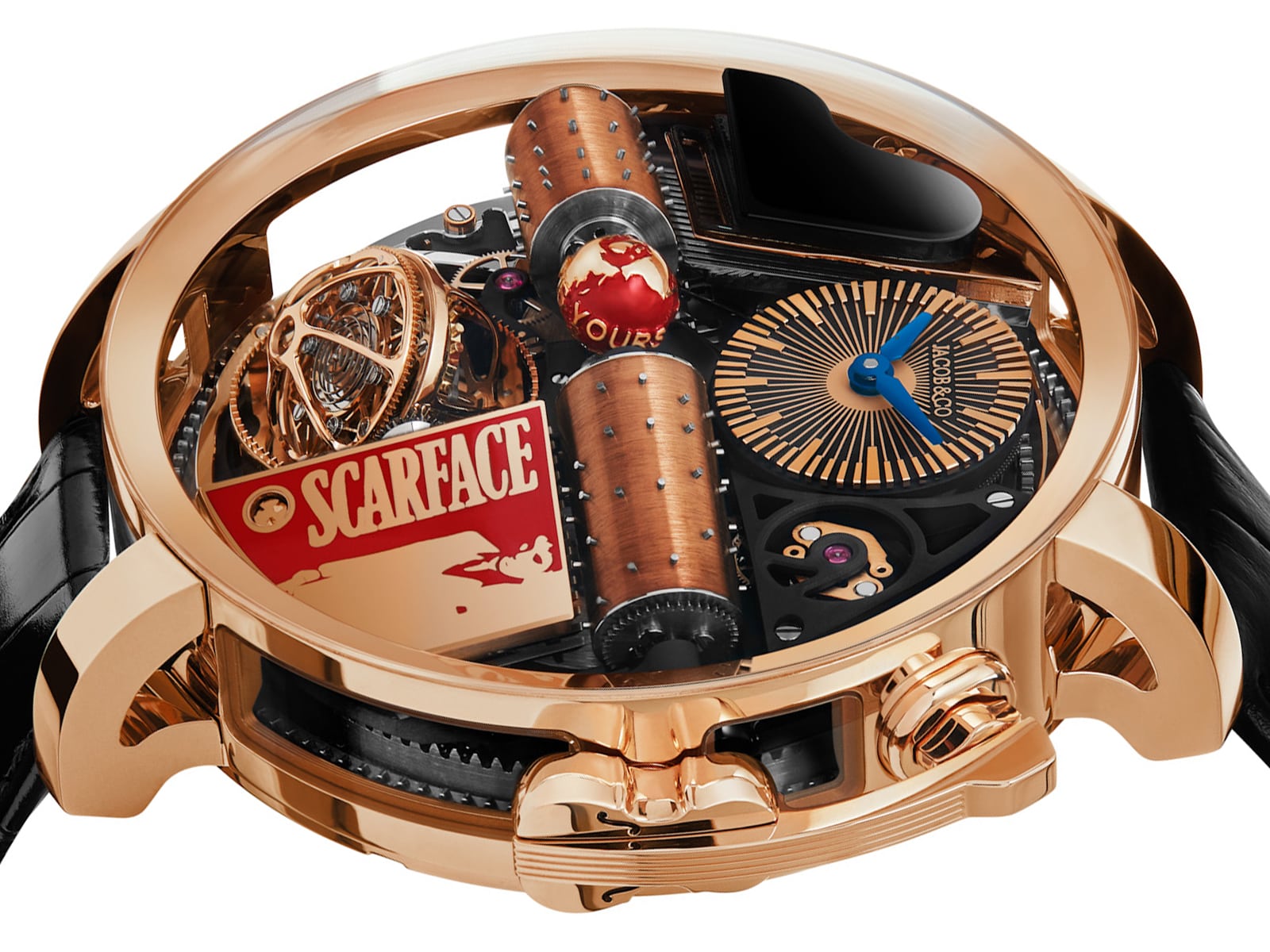 The model is powered by the brand’s manufacture self-winding movement Caliber JCFM04 that provides a 42-hour power reserve when fully wound. 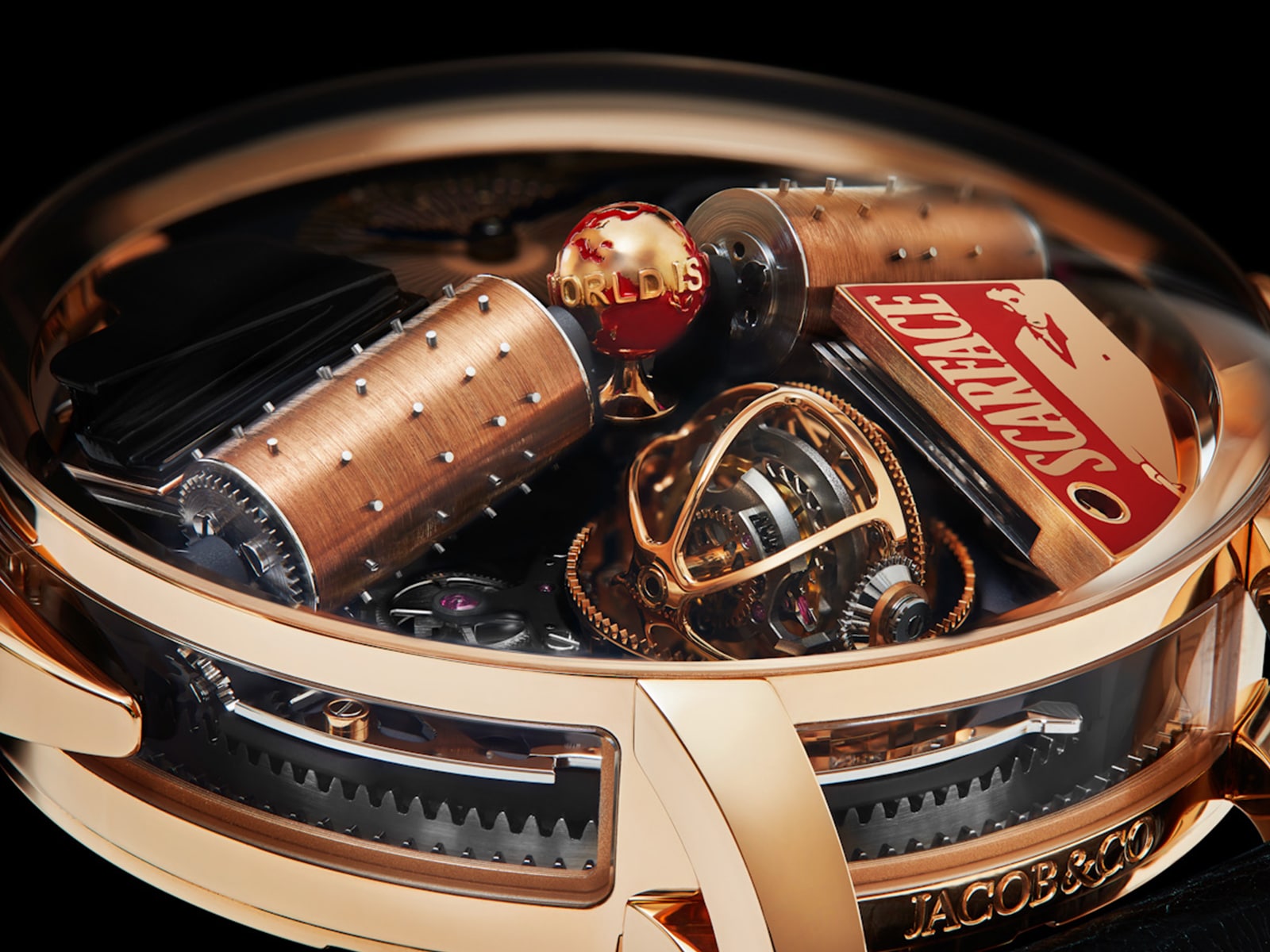 Scarface Opera by Jacob & Co. is also available with a black DLC-coated Grado 5 titanium (Ref. OP110.21.AK.AA.ABALA) case. The model is limited to 88 units only per each version. 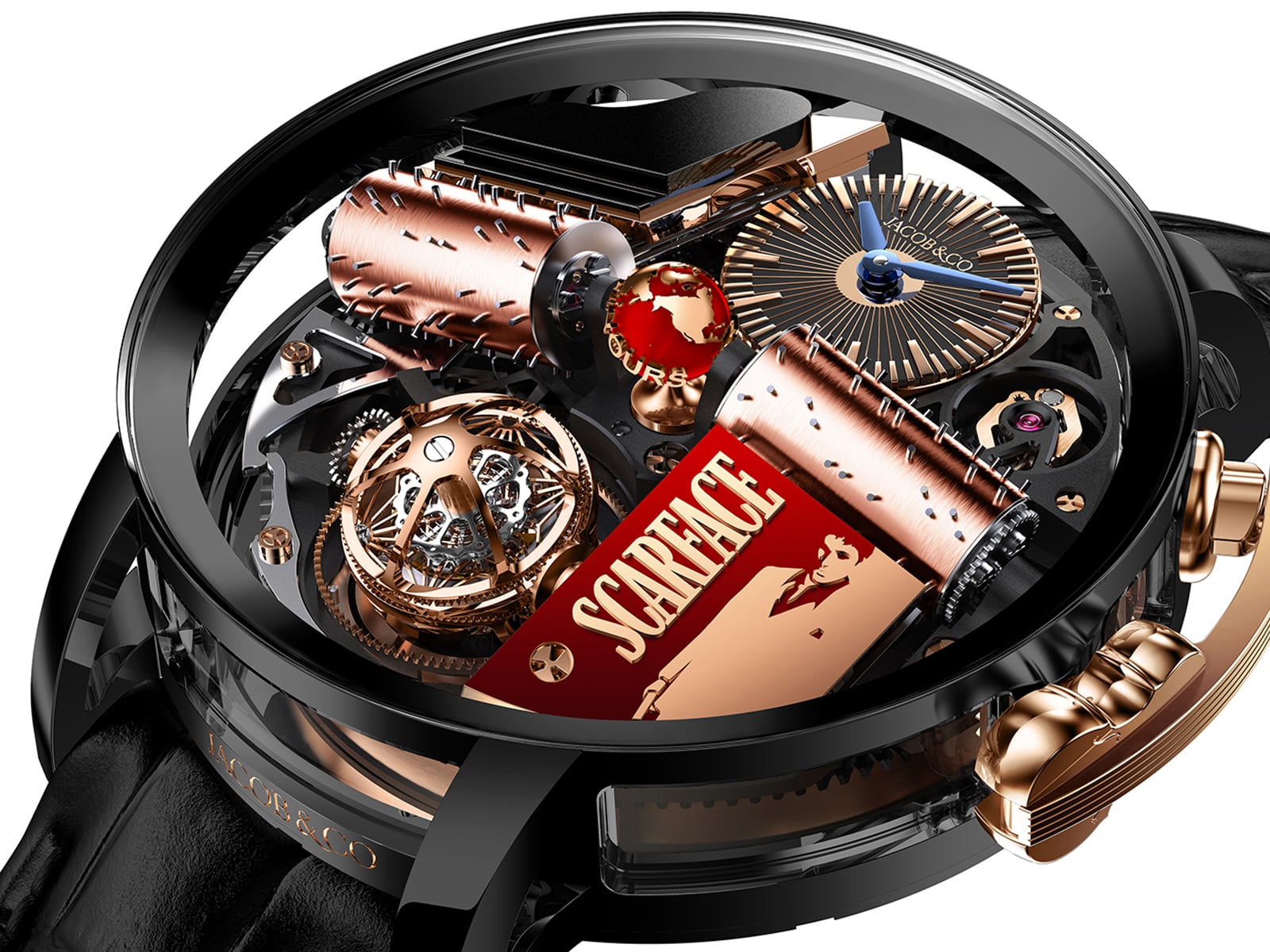 The watches are complemented by a black alligator strap and a clasp compatible with the case material.