Tissot conquers the hearts of vintage watch enthusiasts once again with the new Telemeter 1938.

Another new example of the never-ending Heritage/Revival/Re-Issue movements comes from Tissot. The well-established brand reinterprets the 1938 Telemeter model with modern touches. 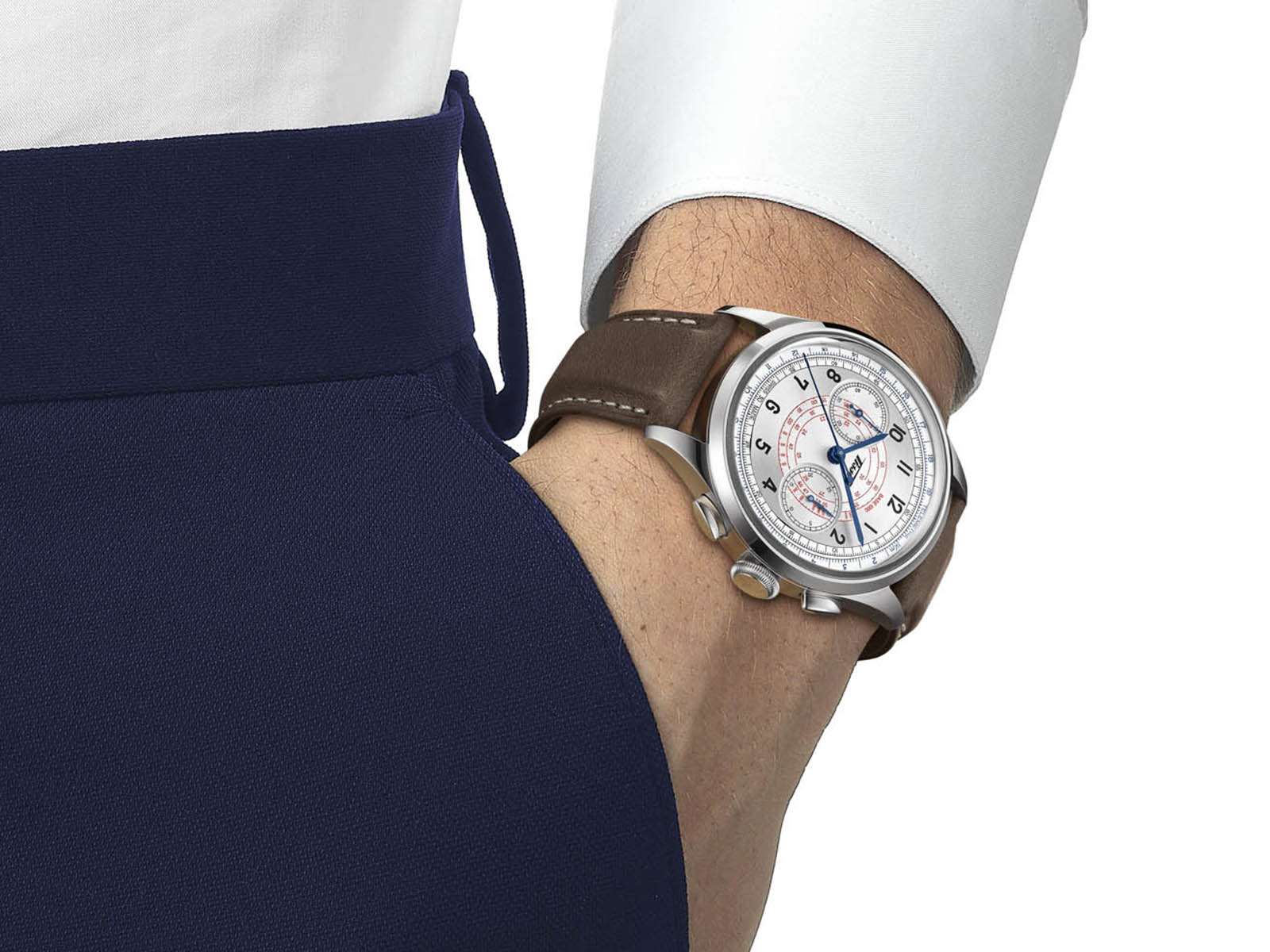 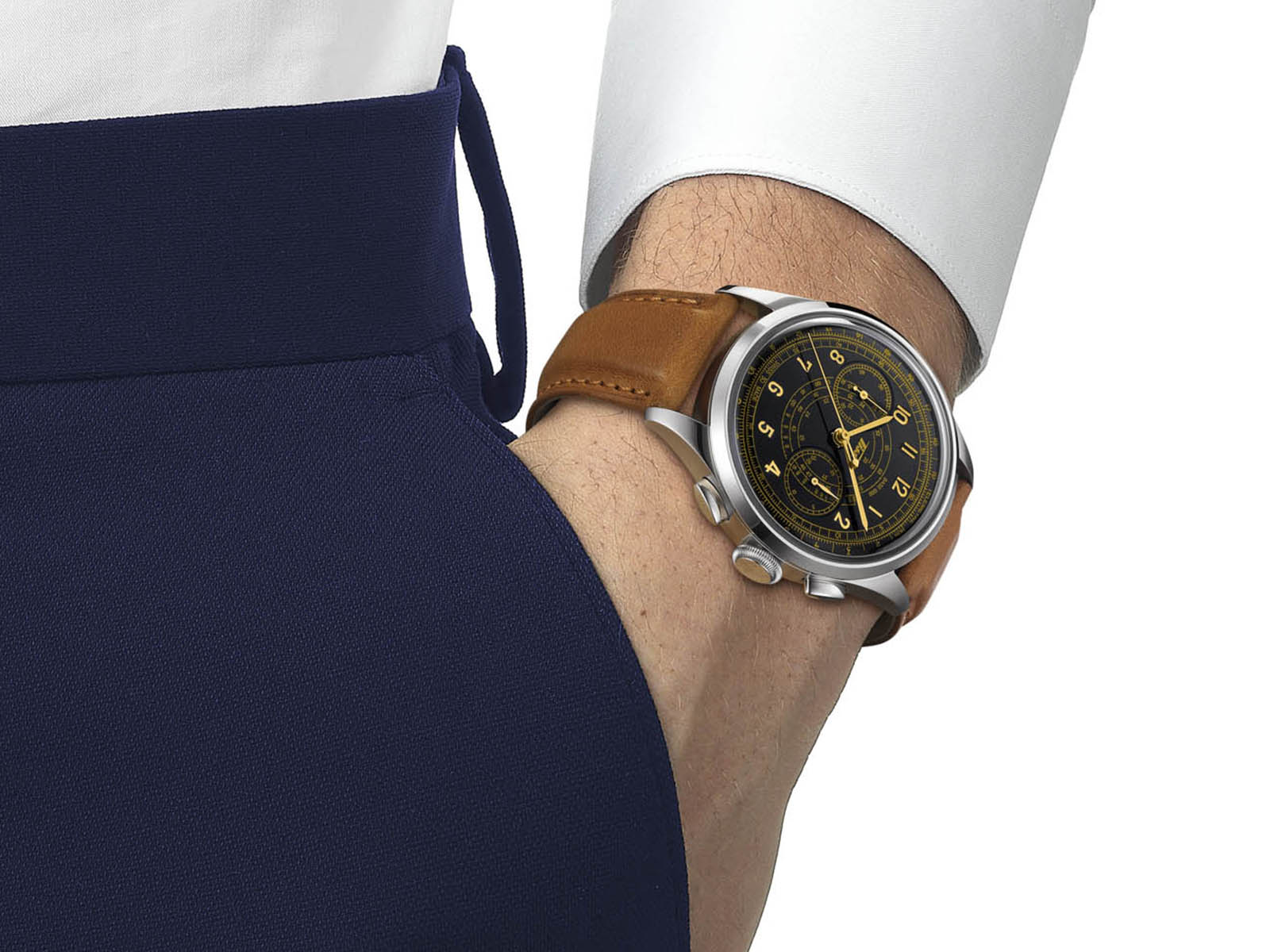 If we look at the norms of 1938 when the original model was designed, we can see that diameter sizes such as 36-37mm are defined as oversized. However, this is not the case today. The "oversized watches" trend, which started in the early 2000s and led to the emergence of even terrible versions of the cult designs of the watch world, is finally losing its effect. The fact that a diameter size of less than 40mm can actually constitute a canvas for elegant and noble designs is being rediscovered by watch brands. The lines I have written so far have a positive and contented mood, unfortunately, leave their place for disappointment when I see the 42mm diameter case of Telemeter 1938. Why is a model that is very traditional and bears the traces of the period in which it was produced, produced with a case size such as 42mm that can be considered oversized? The end of the oversized watches trend is not a comment, it's a fact. It is also possible to see this in the current catalogs of many major brands. The height of the case is also designed as 15mm, which is too thick in my opinion. Imagine that this model comes with a case designed in the 36-38mm range and under 15mm thickness. How stylish would that be, wouldn't it? I think it would have been a perfect watch with the curved sapphire crystal on the front of the case, which refers to the hesalite crystals of the period, the elegantly shaped lugs, and rectangular chronograph pushers. 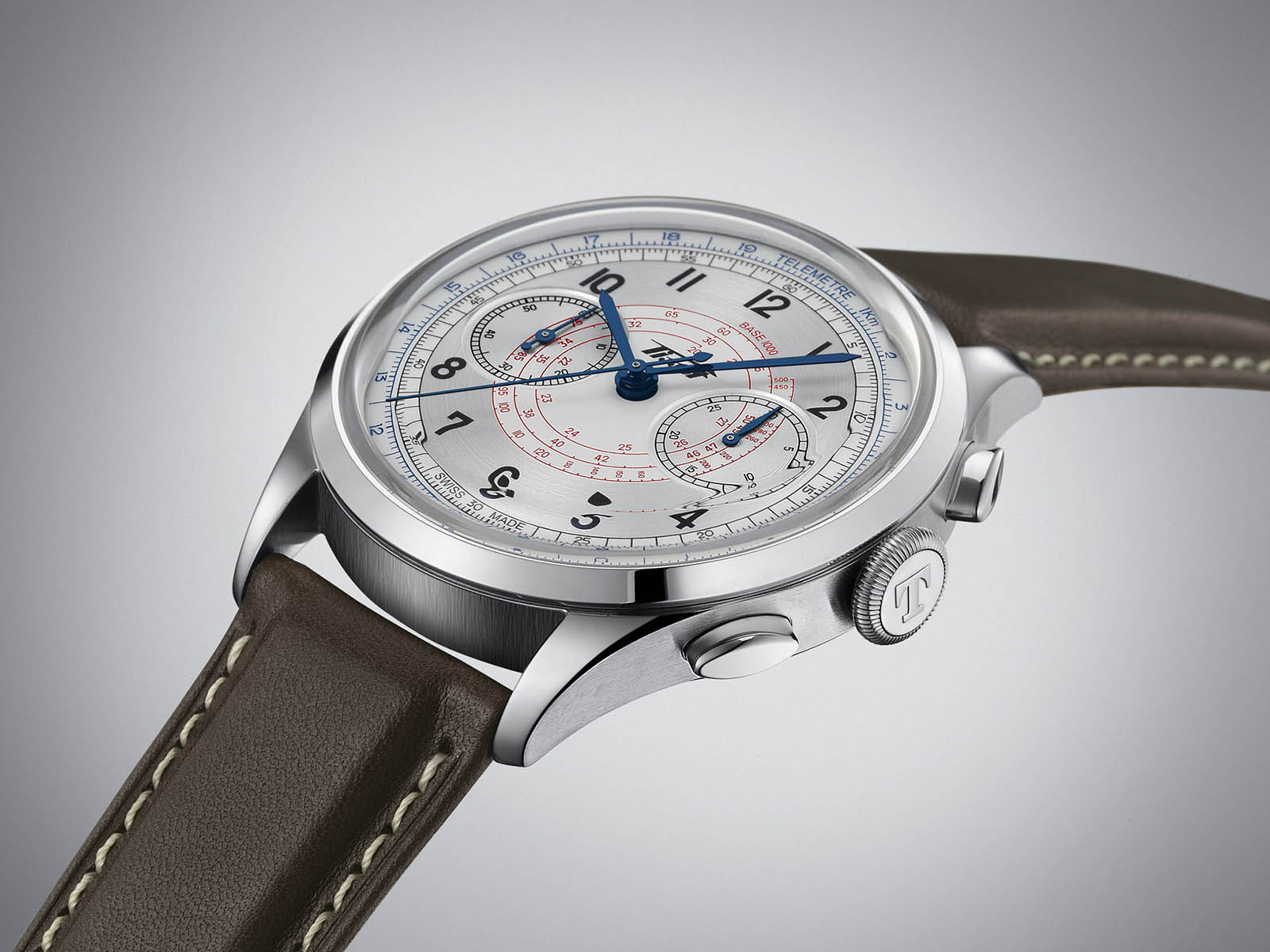 Speaking of the pointless size of the case, it is worth mentioning one of the important reasons behind this situation: the movement. The automatic chronograph Caliber Valjoux A05.231 gives life to the new model. It is possible to say that this movement is an improved version of the Valjoux 7750, one of the legendary automatic chronograph calibers of the watch world. ETA has implemented several updates to make this caliber closer to today's standards and more refined (such as the power reserve time increased to 68 hours). If we look at the movement in particular, yes, all of these updates have made the classic 7750 concept better. However, when re-issuing a 1938 design to the present, how logical it is to use an automatic chronograph caliber measuring 30.4mm x 7.94mm, you decide. ETA, which is part of the Swatch Group, including Tissot, has hand-wound chronograph calibers. In fact, Hamilton, one of the sister companies, uses these movements in its retro-inspired models. I think that the Telemeter 1938 could have been designed with such a caliber, and accordingly, it could have been presented with a much more compact case in line with the spirit of the original model. 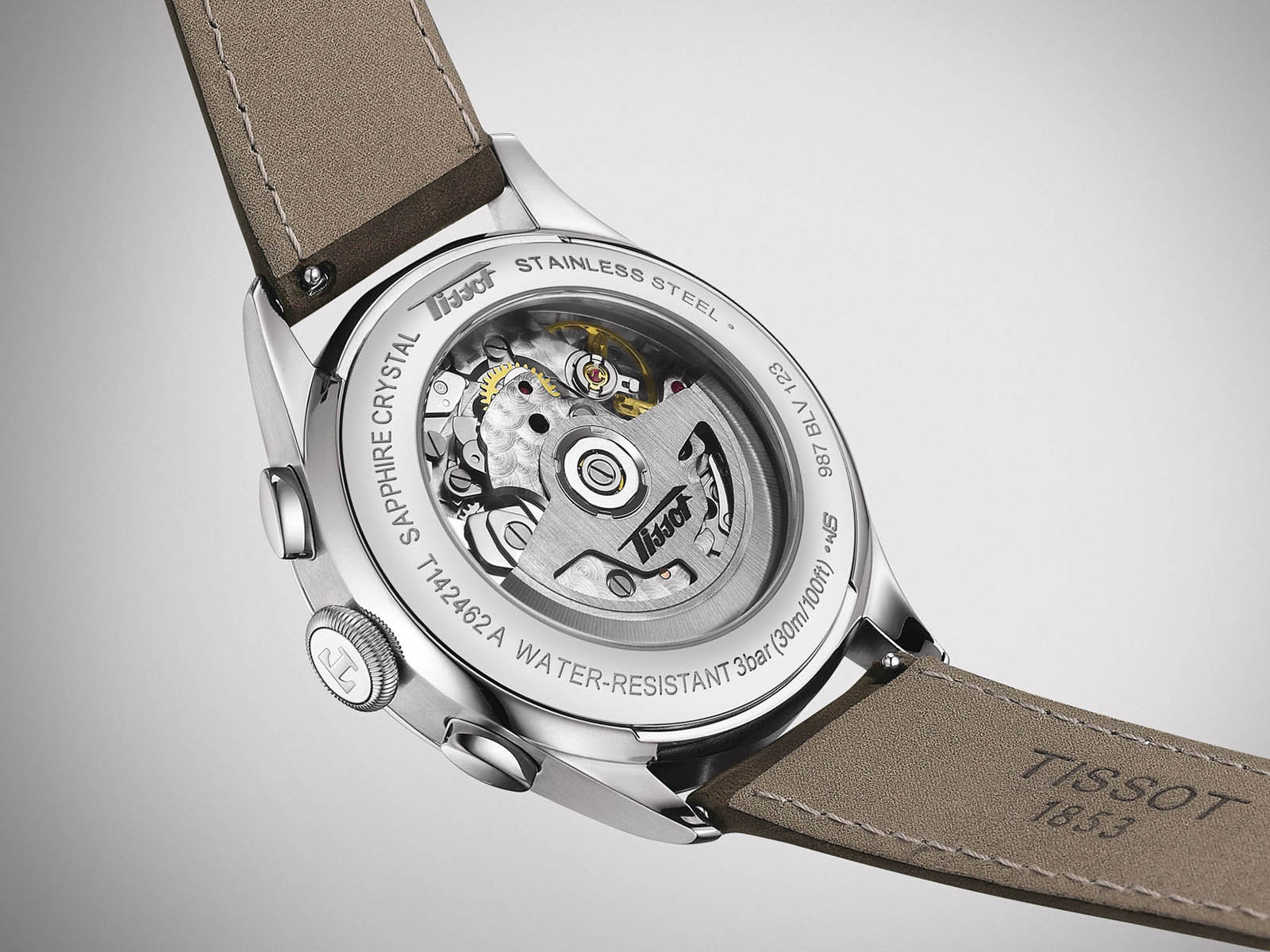 The dial, which is one of the most striking details of the watch, comes with two different color themes. Before moving on to the dial that makes the model's telemeter feature available, let's give a brief overview of this feature. The telemeter is a scale used for distance measurement, and it uses the feature that the speed of sound is noticeably slower than the speed of light. When you see any distant event, such as a lightning strike or a bomb explosion, you turn the chronograph on. When you hear the sound of the event, you stop the chronograph. The number of seconds hand indicates the distance between you and the place of the event. The tachymetric scale in the center of the dial is used for speed measurement. For example, you start the chronograph while the vehicle you are in passes a certain point. When you pass the distance of 1000 units, you stop the chronograph and the number on the end of the second hand of the chronograph gives you the average speed of the vehicle you are in. 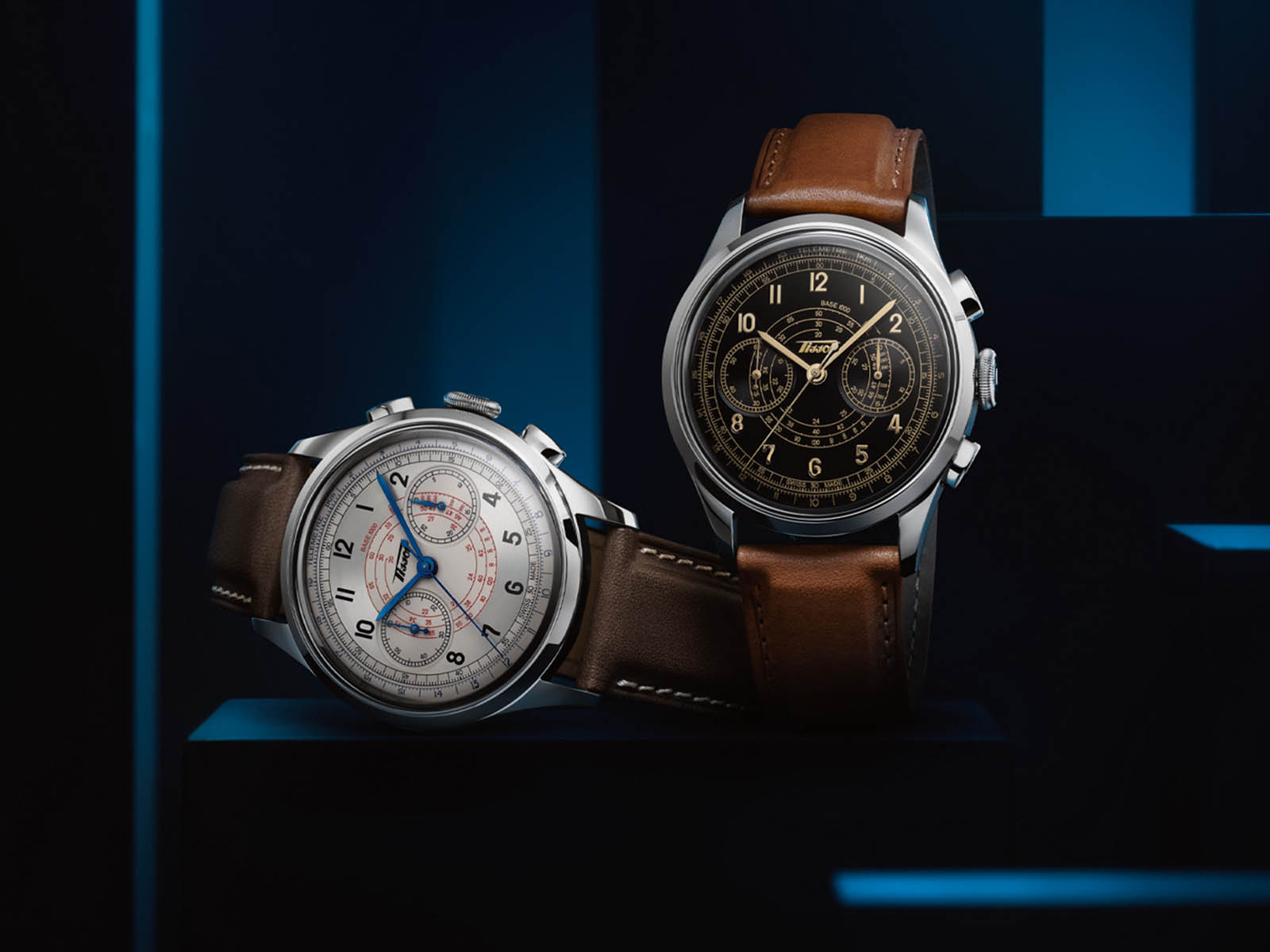 The watch comes with two different dial alternatives. While the silver-toned dial has red and blue inscriptions, the hands of the watch have an eye-catching shine with their blue color. The black version, on the other hand, has gold-colored inscriptions and hands. The large numbers on both versions support the vintage character of the model. 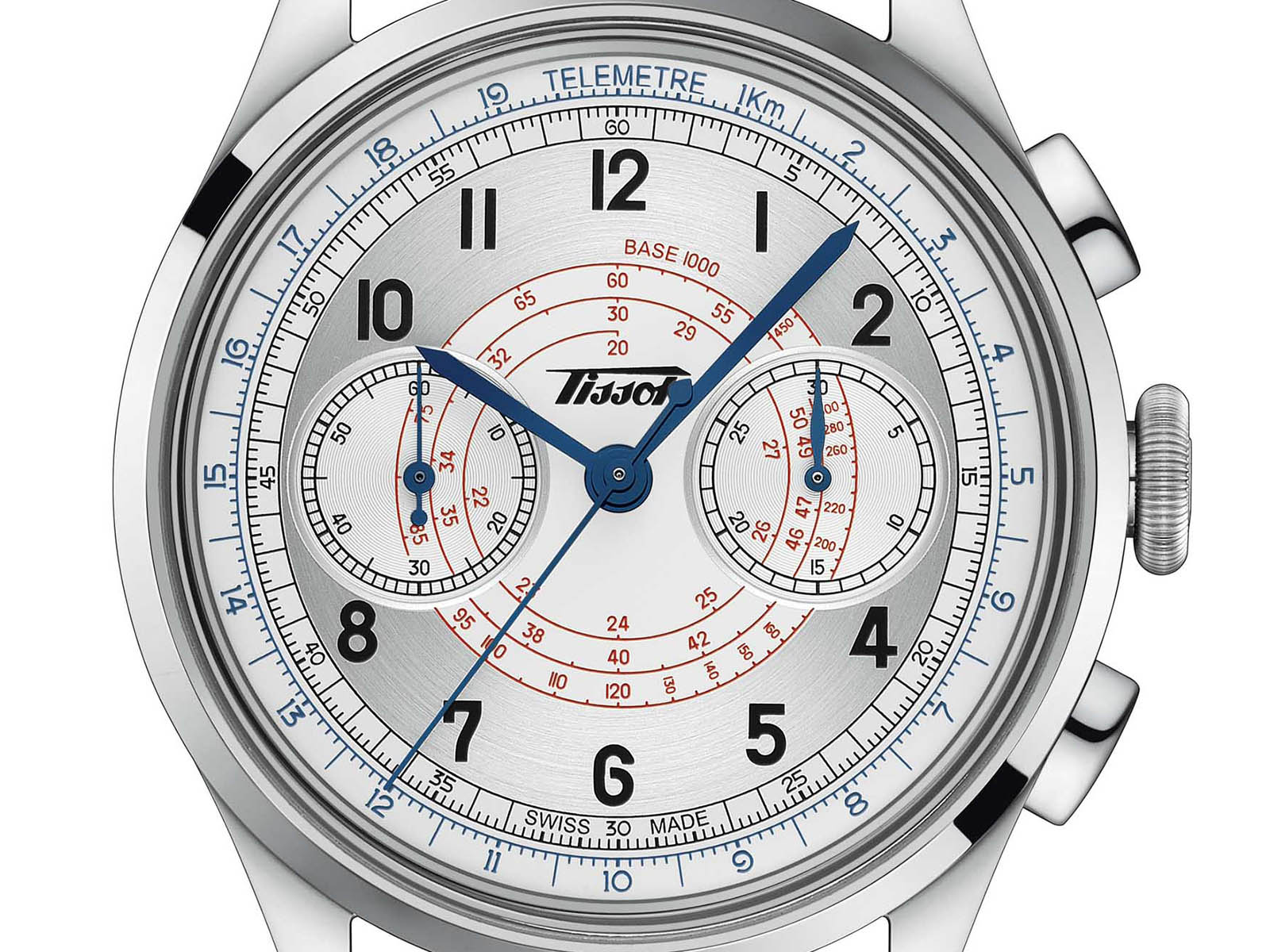 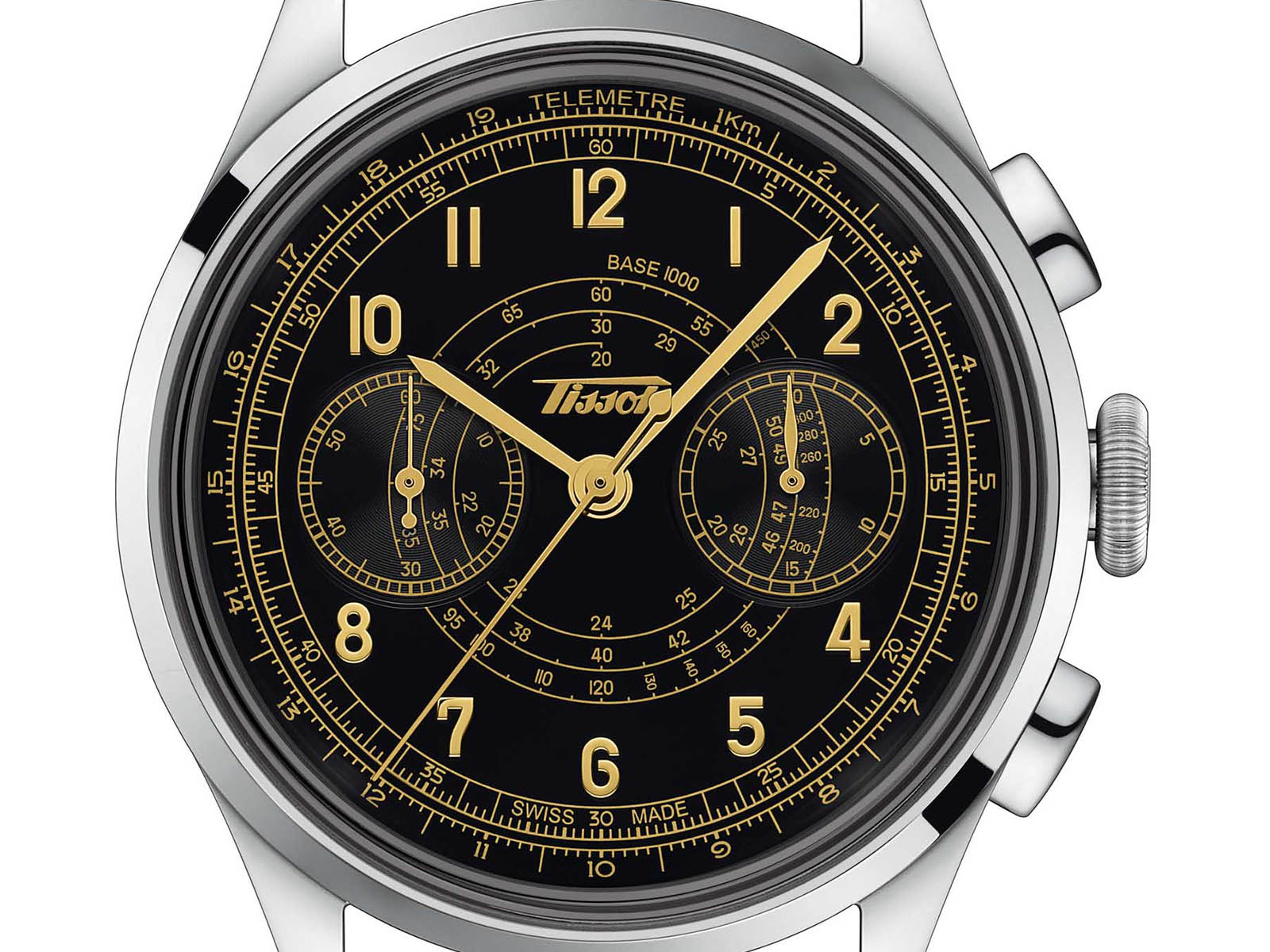 The new models are offered with a dark brown leather strap on the silver dial and a light brown leather strap on the black dial. The list prices of the models, which are completed with a standard type buckle, are set at EUR 1995.00. Although I express my disappointment with the size of the watch, this does not change the fact that Telemeter 1938 was a milestone among period timepieces. Hopefully, Tissot will hear our voices and come up with smaller, thinner Heritage models. 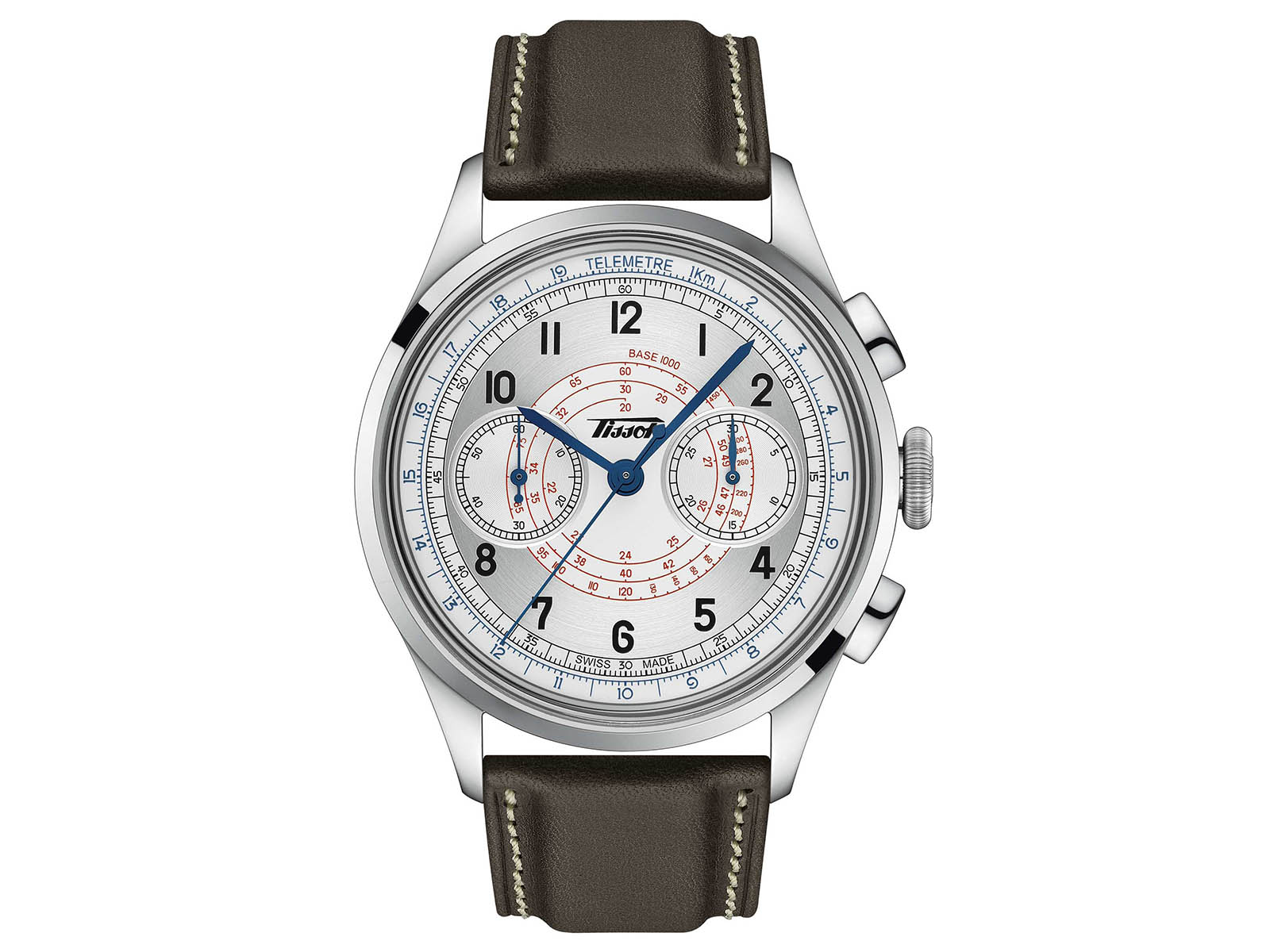 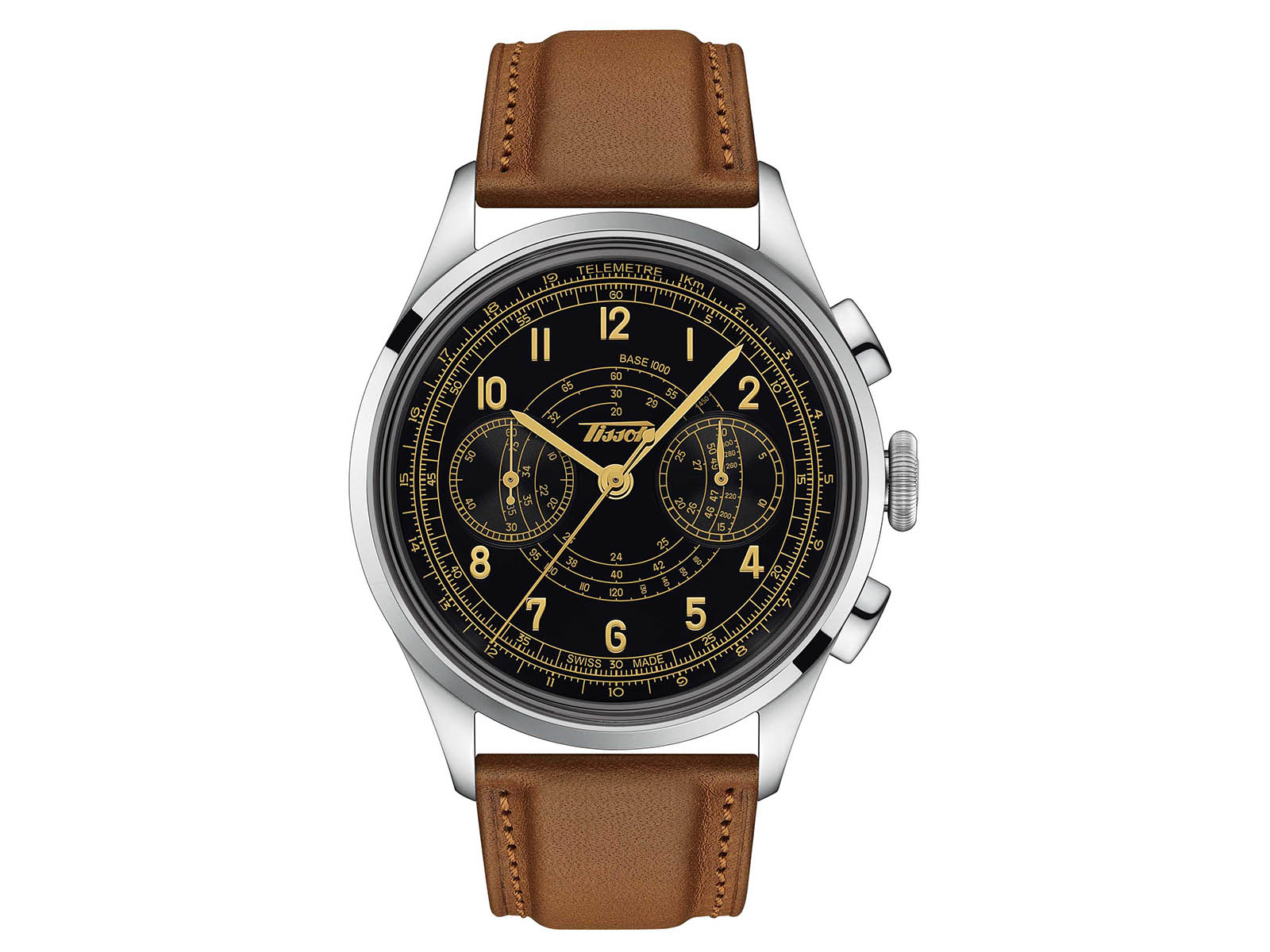