Tudor, who aimed to reflect the successful graphic captured by the Heritage Black Bay to the other models in the product line, was the guest of our Hands On corner with the Pelagos LHD model, which was welcomed with great appreciation by watch enthusiasts. 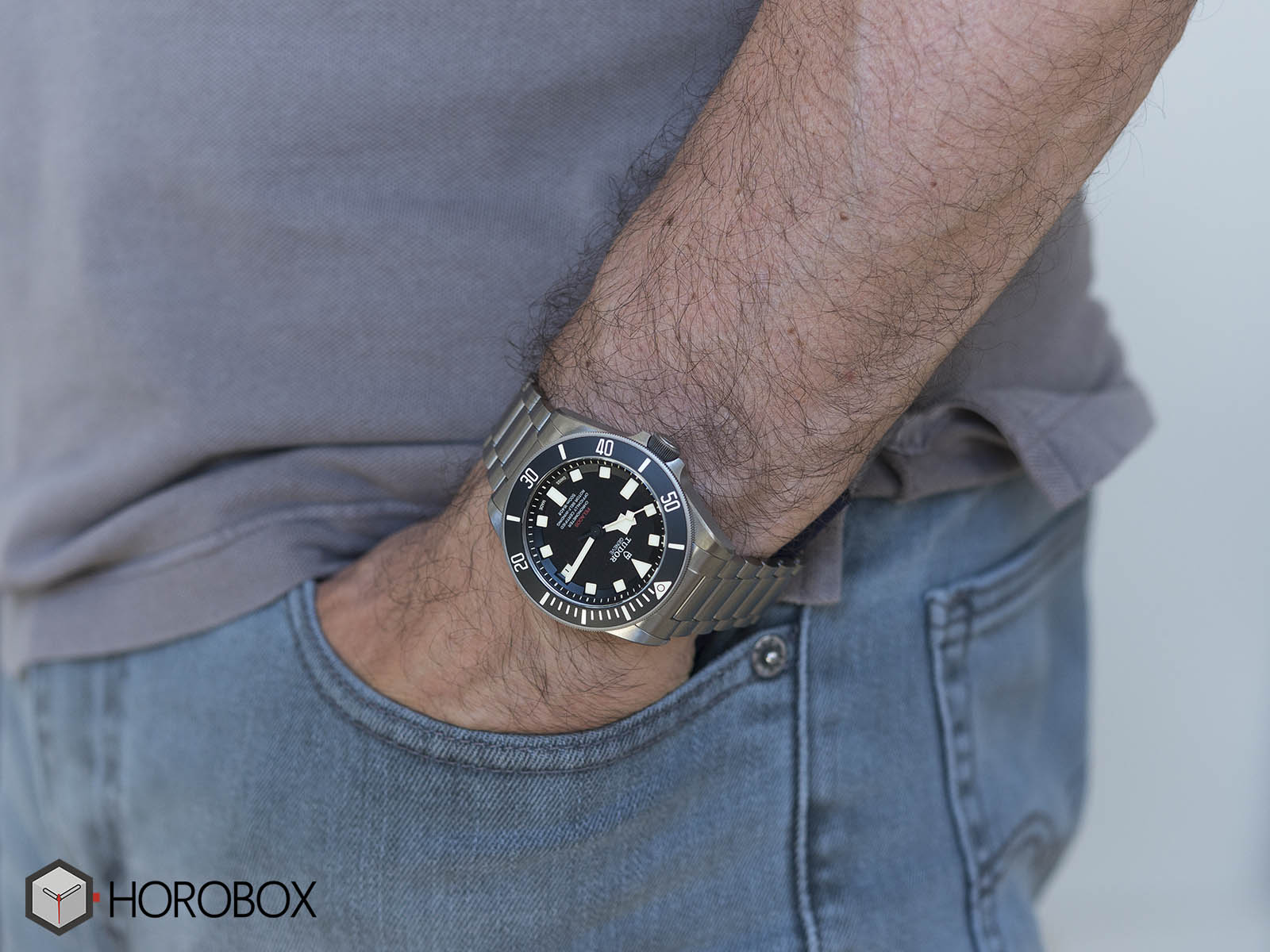 If someone asks me for the best Swiss brand in terms of price/performance ratio today, I’ll say Tudor without a second thought. After the years gone in Rolex’s shadow, the brand that returned with an epic come back story had a great success especially with the Heritage Black Bay. The collection, which became almost unrivaled in price/performance ratio parameter with the in-house movement upgrade, re-defined the “luxury diving watch” concept with its wide range of versions like black PVD, bronze and 18K gold/stainless steel.

While the Heritage Black Bay model has been storming in the watch market, Tudor’s other diver’s watch Pelagos also became a highly appreciated model thanks to its nice features and “tool watch” looks. Admired with its titanium case and bracelet, 500M water resistance rating which made the model deserve the “professional” word, lines that stay loyal to the classic diver’s watch style and highly innovative folding clasp design, the collection had its LHD (left hand drive) version last year. 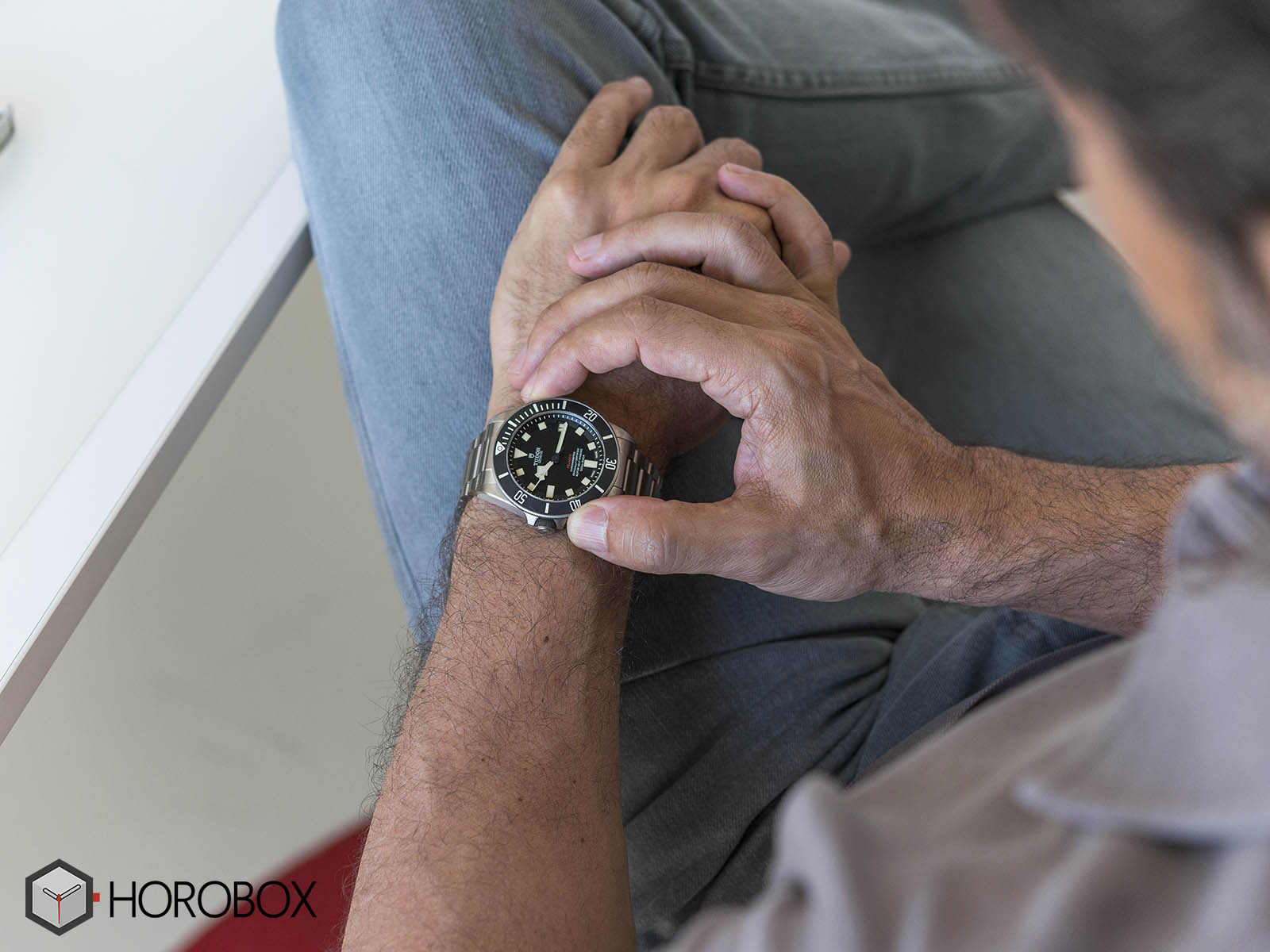 The Tudor Pelagos LHD’s case is mostly similar to the standard model with some exceptions. The model is offered in a fully satin brushed titanium case measuring 42mm in diameter. Of course, the case’s most prominent difference is its winding crown which is located at the left side. Inspired by the special order Rolex Submariners produced exclusively for the left handed diver’s of the French Navy in 1970s, this design detail is still used by some brands like Panerai, U-Boat and Graham. 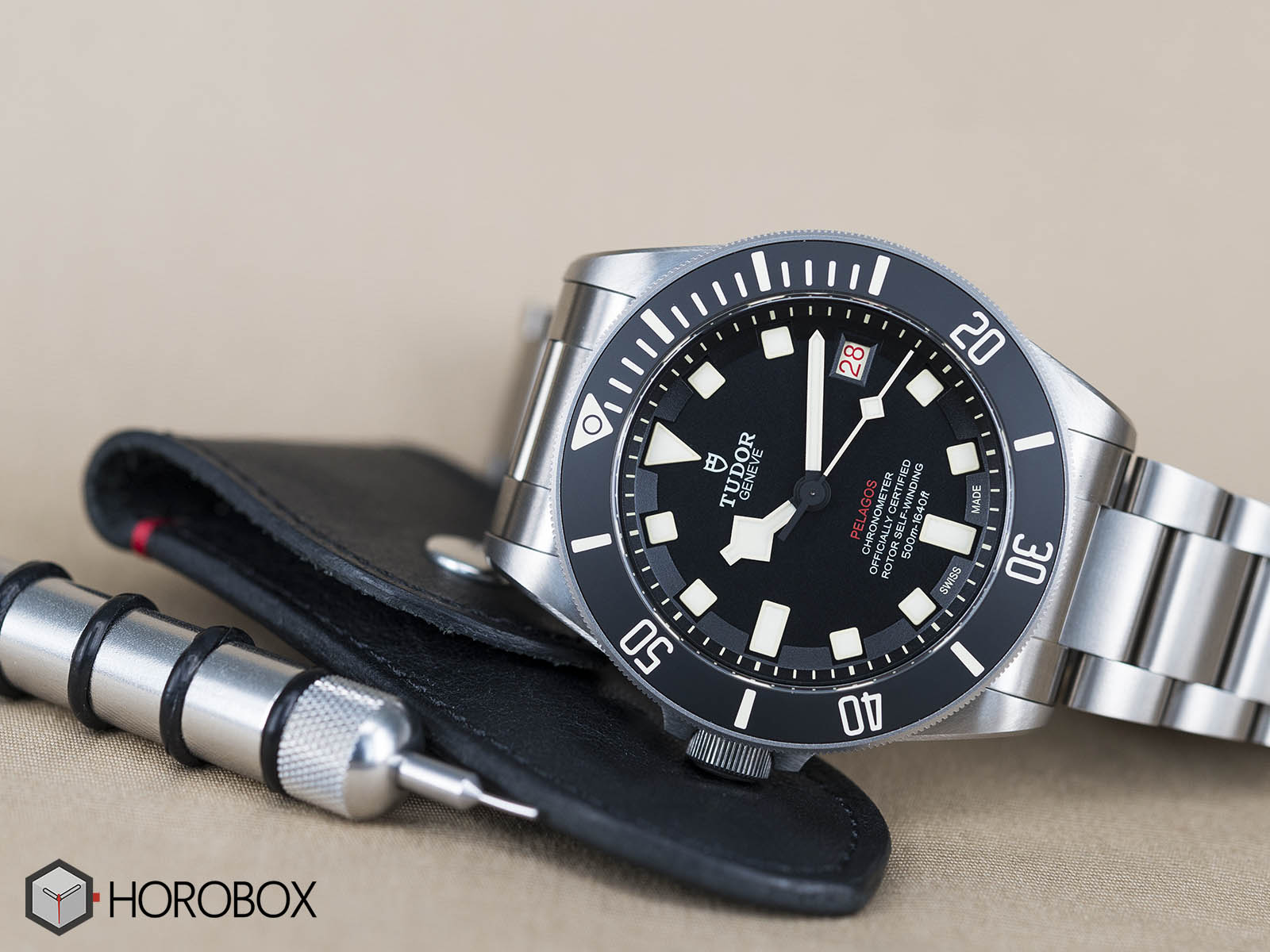 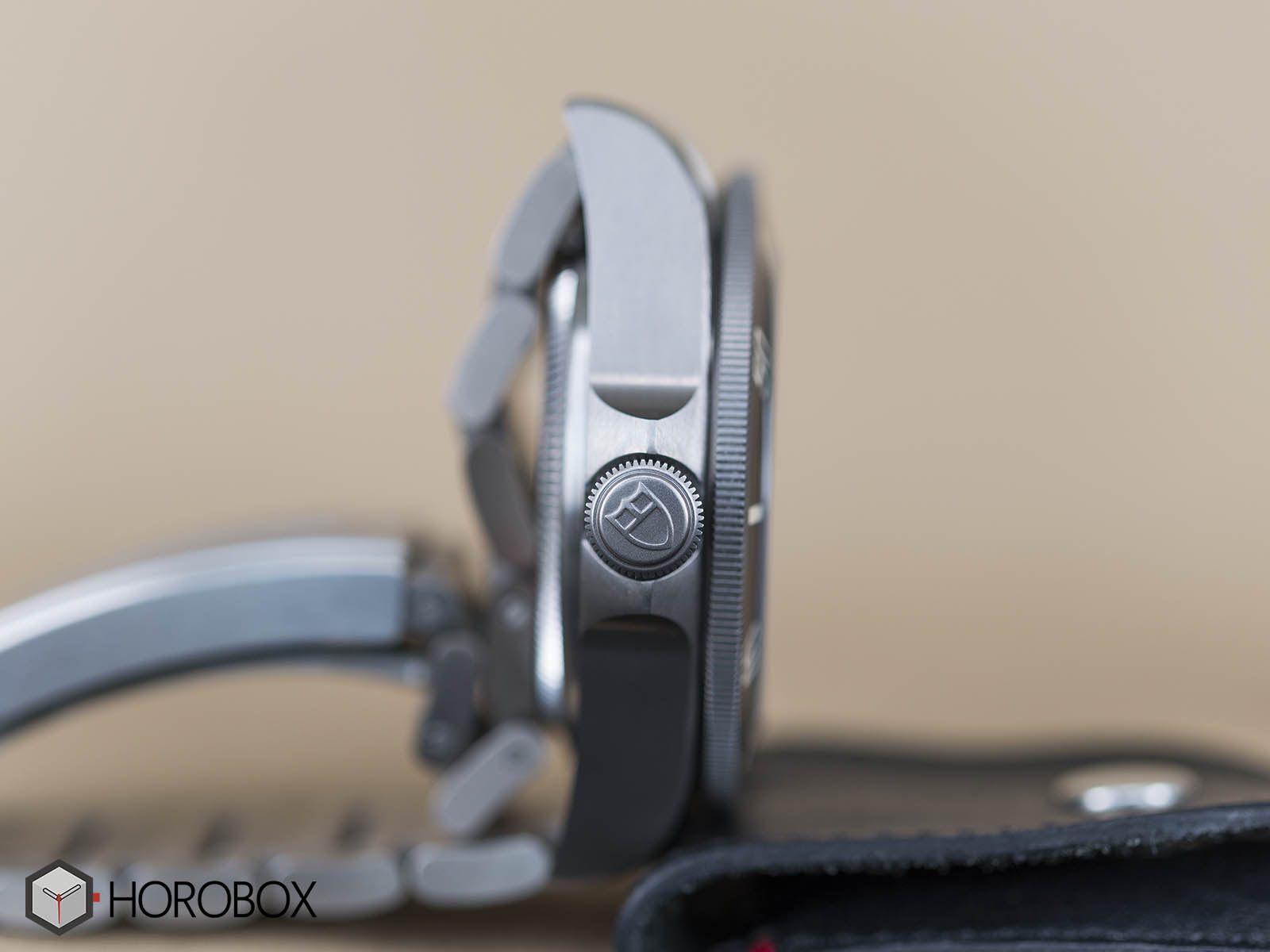 While details such as the bezel, insert and scratch-resistant sapphire crystal at the front face remain true to the standard version, another distinctive case feature of the Pelagos LHD is its back cover. Tudor has opted for an interesting numbering system for Pelagos LHD models. Every single timepiece is signed individually starting from No.1. Pelagos LHD is not a "limited edition" model so this production No. thing does not make much sense in theory. However, there is no doubt that it is a well-received detail among the watch enthusiasts. 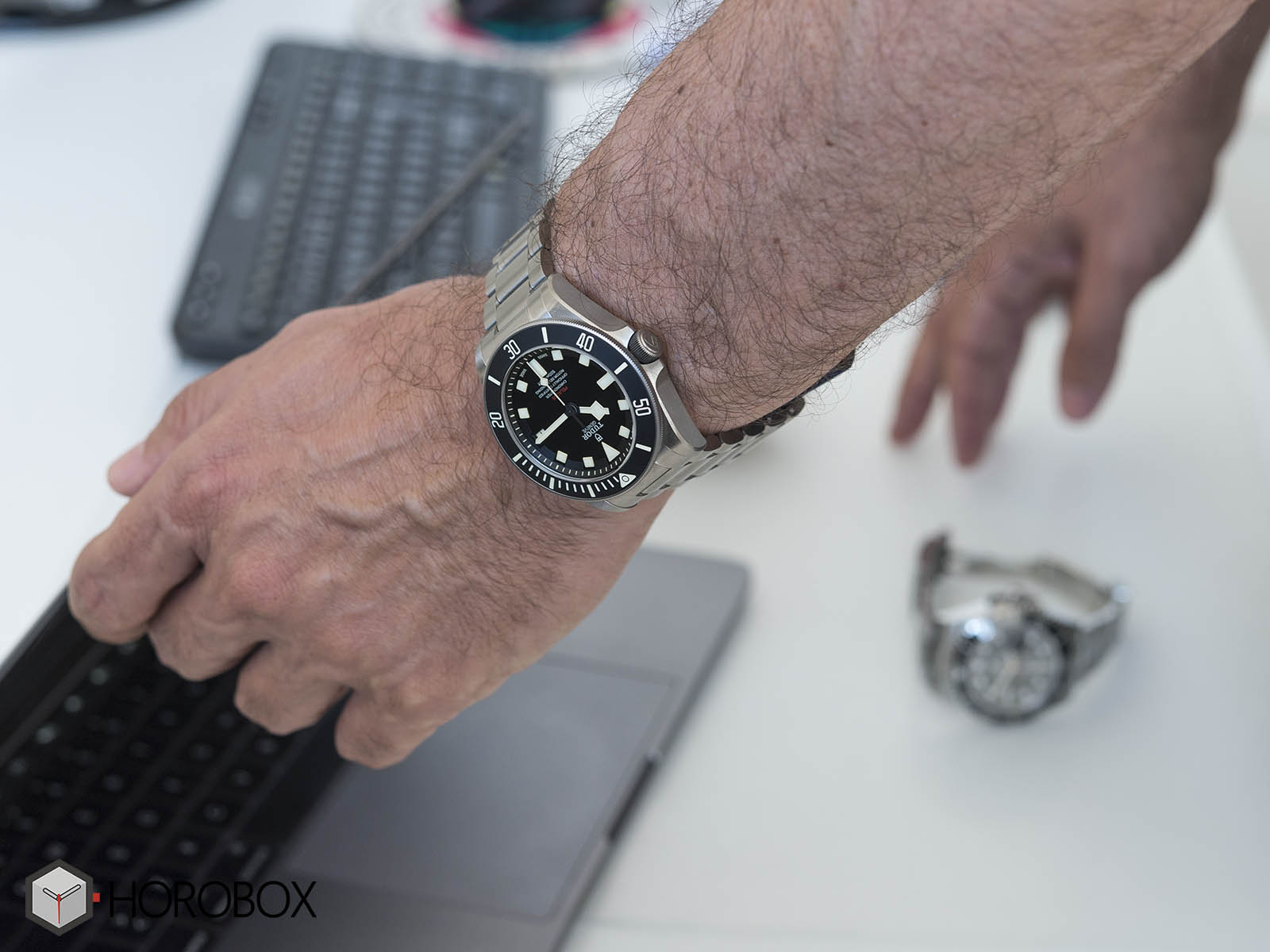 Unlike the Heritage Black Bay range, which is inspired by the past of the brand, Pelagos is known with its modern, high-tech details. However, it is possible to say that the LHD version reversed this a little. But cosmetically, though not technically. The most obvious part to see this situation is the dial of the model.

The matt black and grainy finished dial adds a nice touch of vintage mood. The Pelagos text that is written in red font is accompanied by “roulette style” black/red date wheel –another vintage detail. In the meantime, please note that the date window was adhered perfectly to the 3 o’clock marker and the background color of the date disc was chosen to be the same as the patina effect SuperLuminova tone used in the hands and hour markers. I congratulate Tudor for this excellent detail. 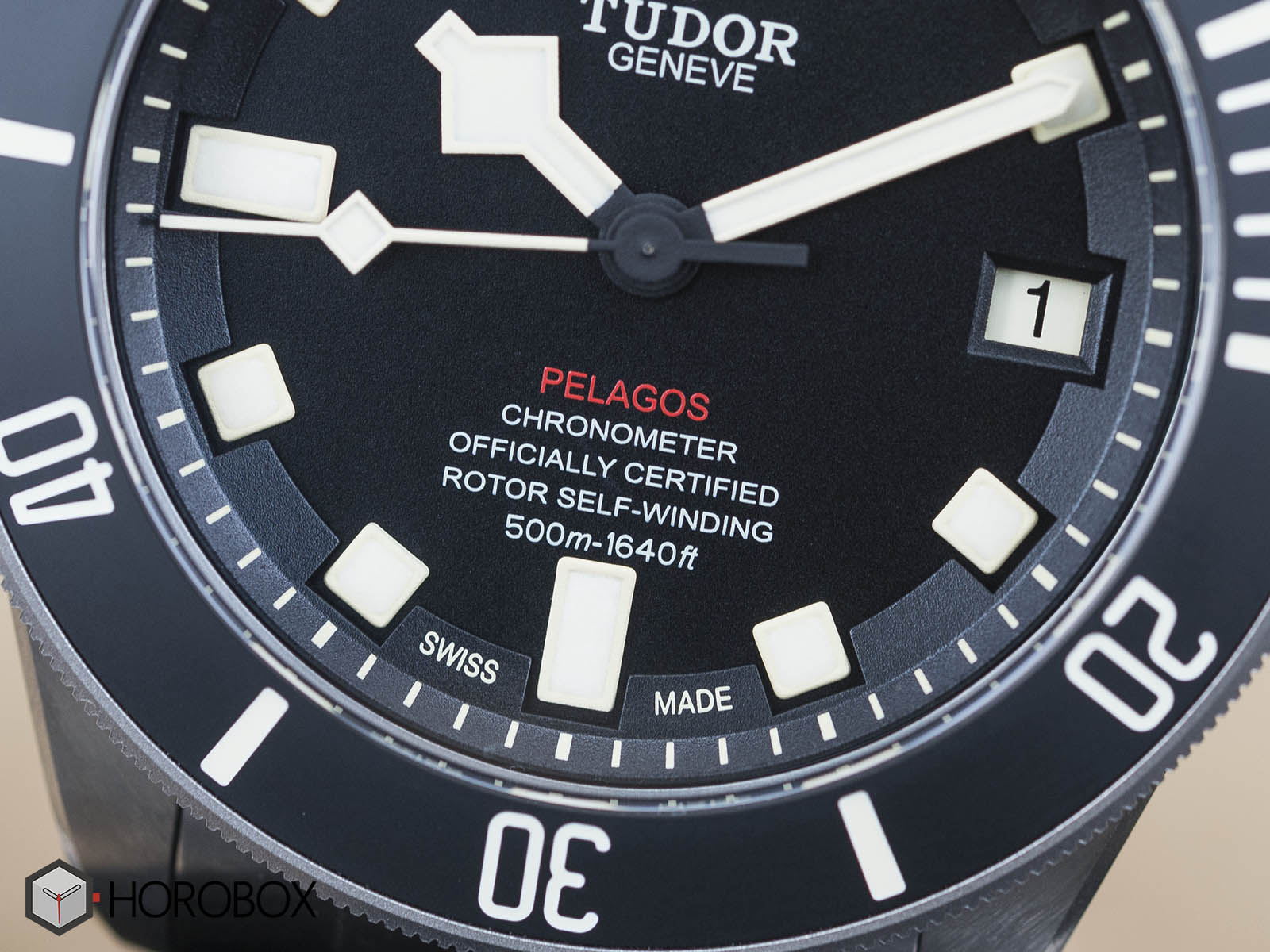 Tudor Pelagos LHD is powered with the brand’s in-house movement Caliber Ref. MT5612-LHD which is a modified version of the movement in the standard Pelagos in order to be suitable for the left side winding crown. 26 jewels self-winding movement beats at 4Hz and offers a 70h power reserve when fully wound. The movement is equipped with a free-sprung balance and certified by C.O.S.C.

The bracelet on the model is identical to the standard Pelagos. The quality of the fully satin brushed titanium bracelet is excellent. Especially, the folding clasp which is tightened and loosened according to the changing wrist dimension of the wearer due to the pressure under water is a remarkably successful detail. 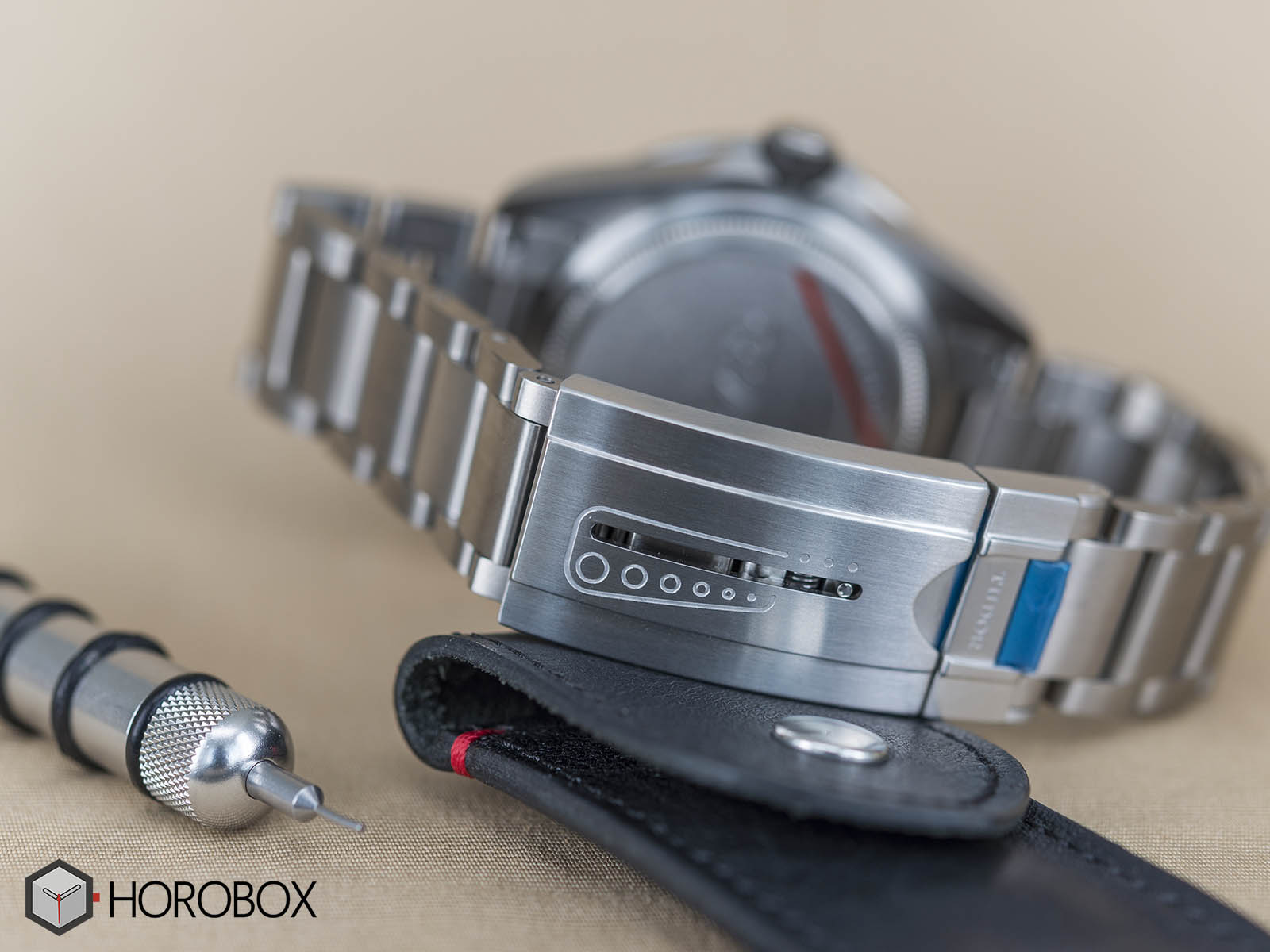 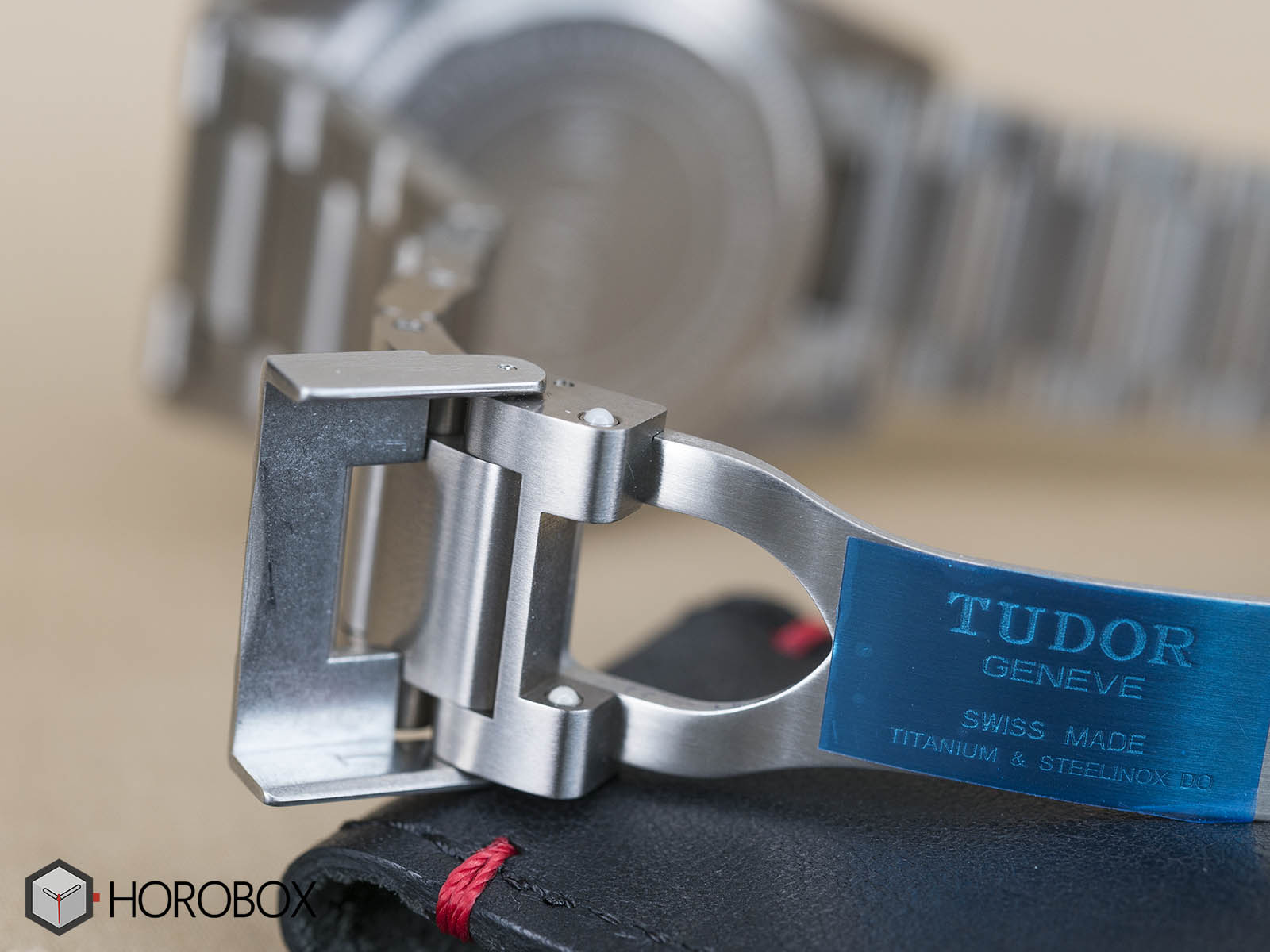 As I mentioned before, Tudor is a very successful brand. Their recent model are all spectacular watches and Pelagos LHD is no exception, with its technical and cosmetic features which are enough to make many watch enthusiasts smile from average users to serious collectors. If you are in to classic diver’s watches and like vintage designs, I strongly suggest you to see the Pelagos LHD in person. Considering its 70h power reserve in-house movement, 500M water resistance rating, subtle vintage details and its MSRP which is slightly over 4000, 00 USD; you may not find a better alternative. 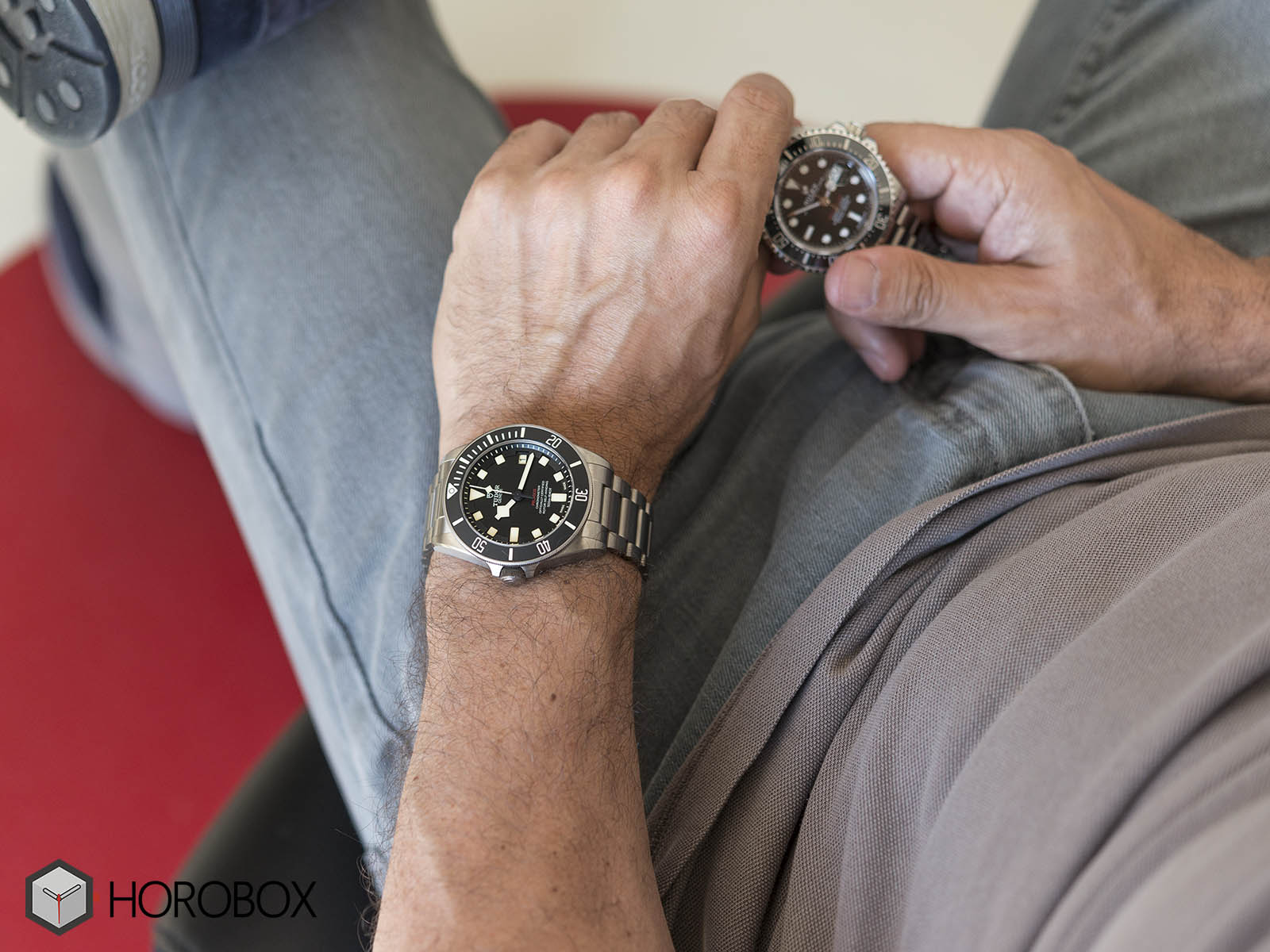 We would like to thank the Rhodium family for their utmost support and cooperation.