Actually, the Sonata concept is not new for Ulysse Nardin. In fact, the brand released several models in the past under the Sonata model name. However, many watch enthusiasts pass this highly engineered and unique concept due to the brand’s popularity that is mostly built on a Marine Chronometer design. 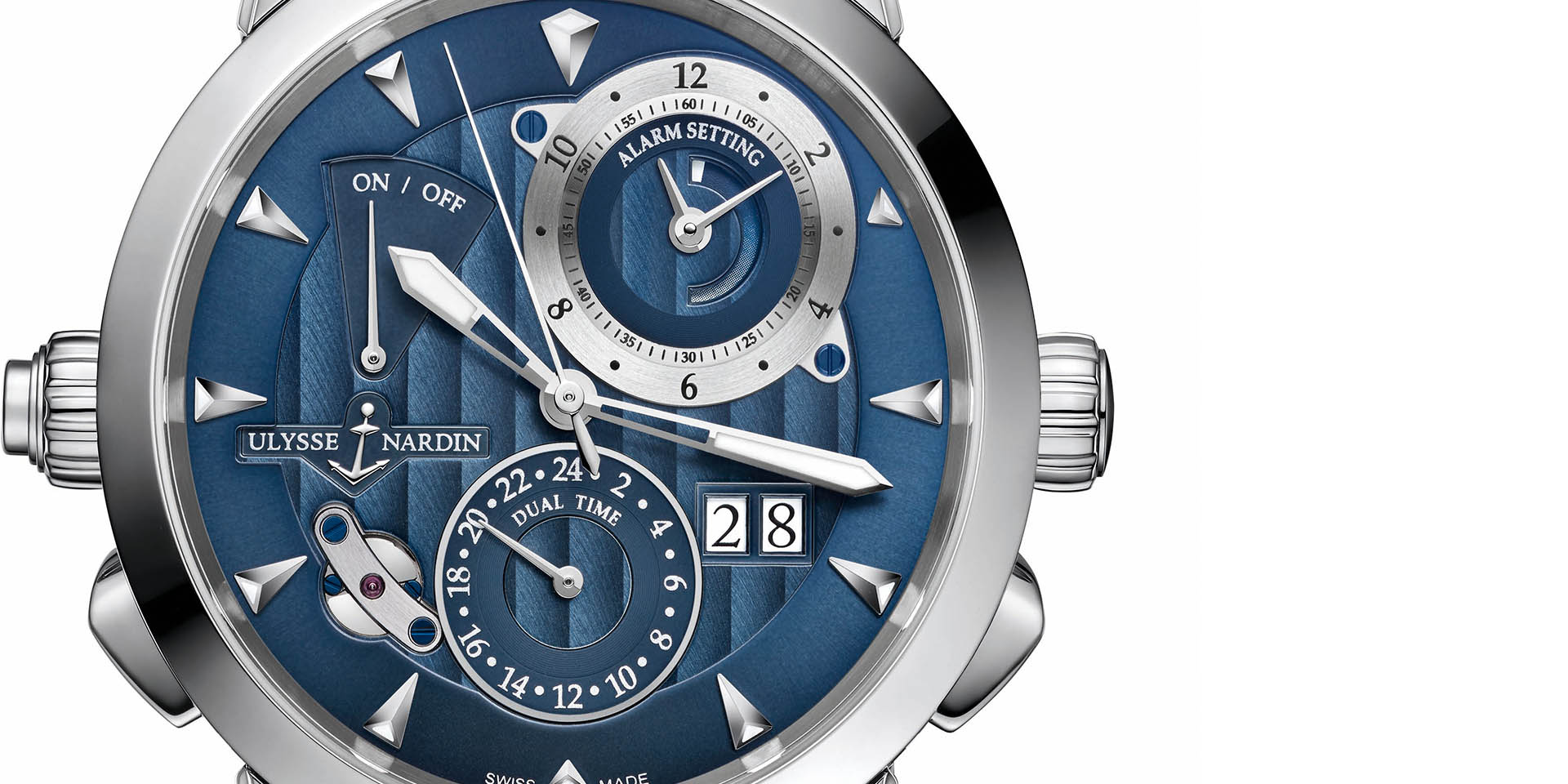 The past Sonata models have the same mechanical alarm feature that this latest version does. Despite their brilliantly engineered complication, they were big, bold, and masculine timepieces with a slightly more than required type of wrist presence that was not the best outfit for a classic traditional watchmaking complication. Lately, Ulysse Nardin gave all its product line’s a fresh look with a more elegant attitude. Thankfully, Sonata is not an exception... 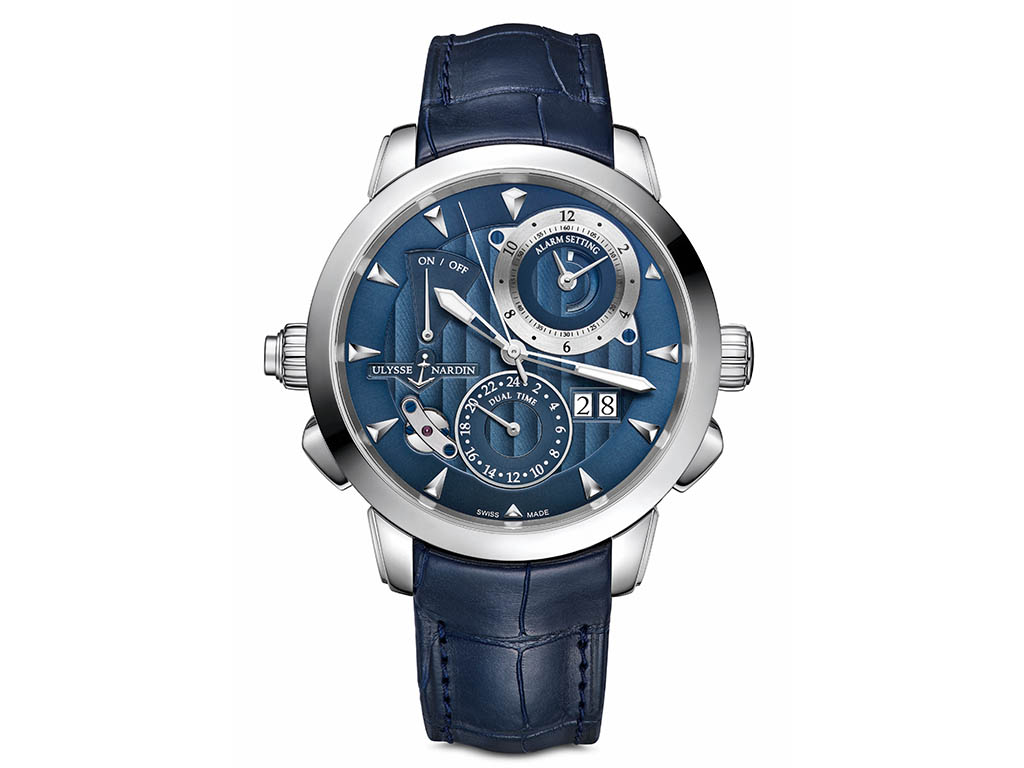 As I mentioned before, Sonata is a mechanical alarm watch. While the complication itself is quite old, the one in the latest Classic Sonata is way different than the conventional ones. Normally, alarm feature works with a striking hammer system which is directly triggered bt the energy provided by hairspring. The hammer hits to the sounding device ( a bell, a gong, another metal part or even the case ). The famous Seiko Bell Matic and the iconic Vulcain Cricket are good examples of the system. In the Classic Sonata model, the hammer hits a cathedral-type gong. Due to the natures of the cathedral gong, the alarms sounds more like a melody with a louder level and longer duration. The speed of this melody is controlled by a patented inertial oscillator which is visible on the dial at the 7:30 position. 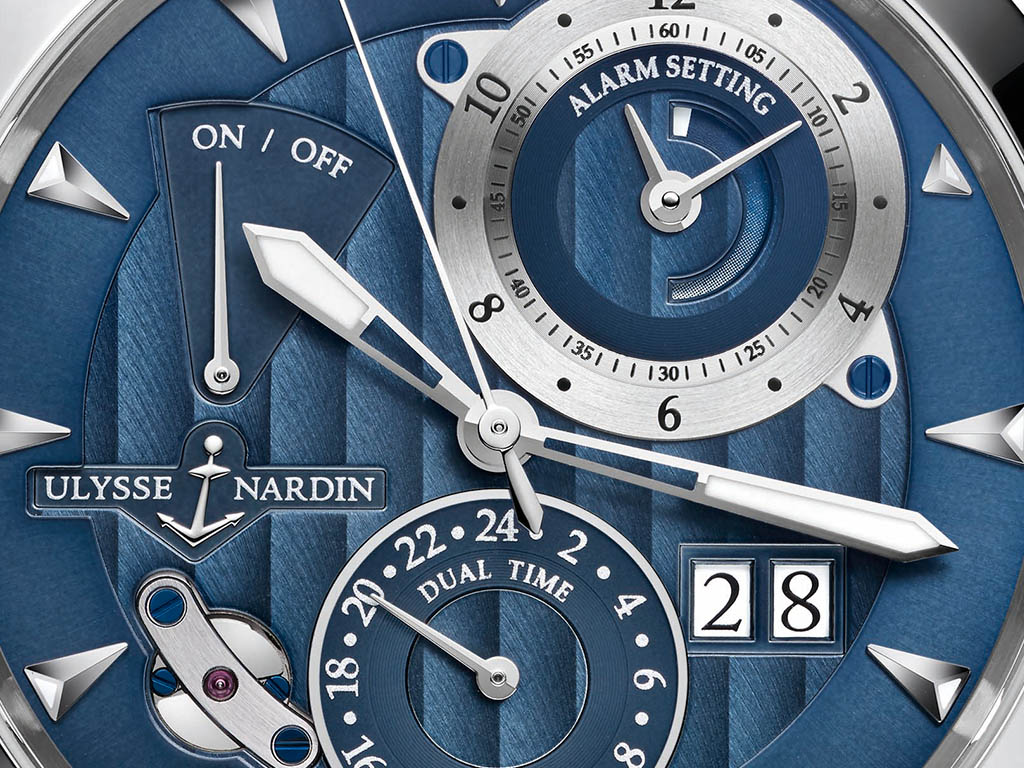 The Classic Sonata is powered by the brand’s in-house movement; The Caliber Ref. UN-67. An automatic winding movement that beats at 28,800vph and features a silicon hairspring. Besides its timekeeping and alarm functions, the movement also features a date display and a second time zone indicator all successfully controlled by the winding crown. 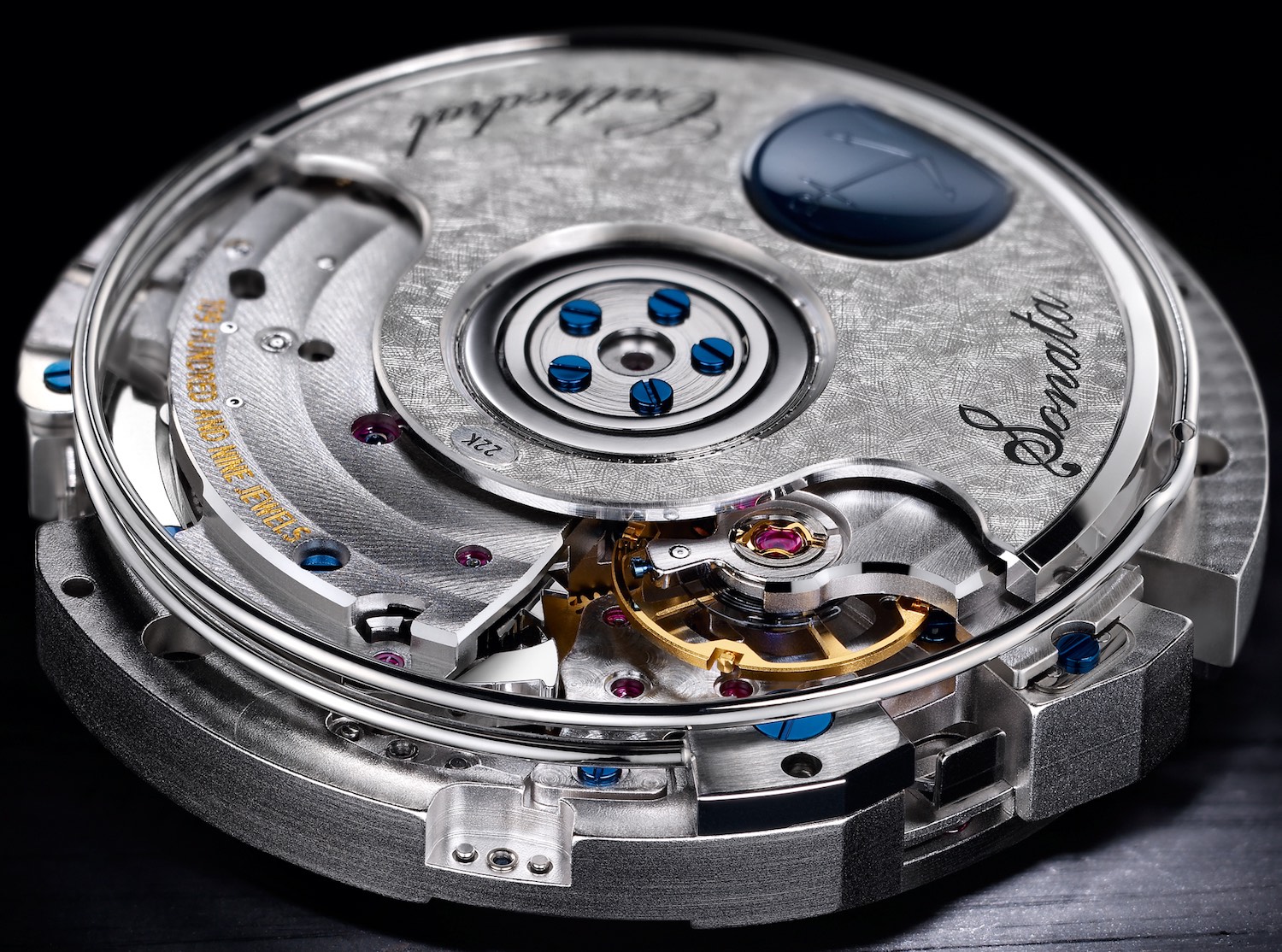 As a result of those complications, Classic Sonata is offered with a relatively large case.  The 44mm case sports both stainless steel and titanium parts, and wear’s a tad smaller than it is thanks to its elegant lines and tapered lugs.

The timepiece comes on a matching blue alligator strap and a stainless steel folding buckle. It is limited to 99 pieces and will be sold exclusively at Ulysse Nardin boutiques.