Today, we bring you together with the most sportive watch among Vacheron Constantin’s lineup. The ancestor of the Overseas series was their infamous 222 model, which served as a rival against Gerald Genta’s legendary designs (AP Royal Oak Jumbo, Patek Philippe Nautilus).

For a long time the 222 was produced with a JLC920 mechanism but then the brand changed to a new more modern caliber that found its place in the Overseas models.

As an addition to the standard time only watch, Vacheron Constantin launched a Chronograph and a Dual time version of the Overseas series.

At first the watch was presented in stainless steel and later on gold and bi-metal options were introduced as well. As for this titanium-steel case, it is relatively new from VC.

I suppose, Audemars Piguet’s game-changing luxury sports watch that we all know and love; the Royal Oak 1972 has become so successful that all companies are strongly affected by it.

Therefore a number of brands put their hopes into these sportive models, which were quite successful to say the least. Of course mechanically most of these pieces were not exactly very complicated, but very reliable and well made calibers were used in these watches.

The Jaeger Le-Coultre signed 920 caliber is still known as one of the best automatic calibers for over 40 years. 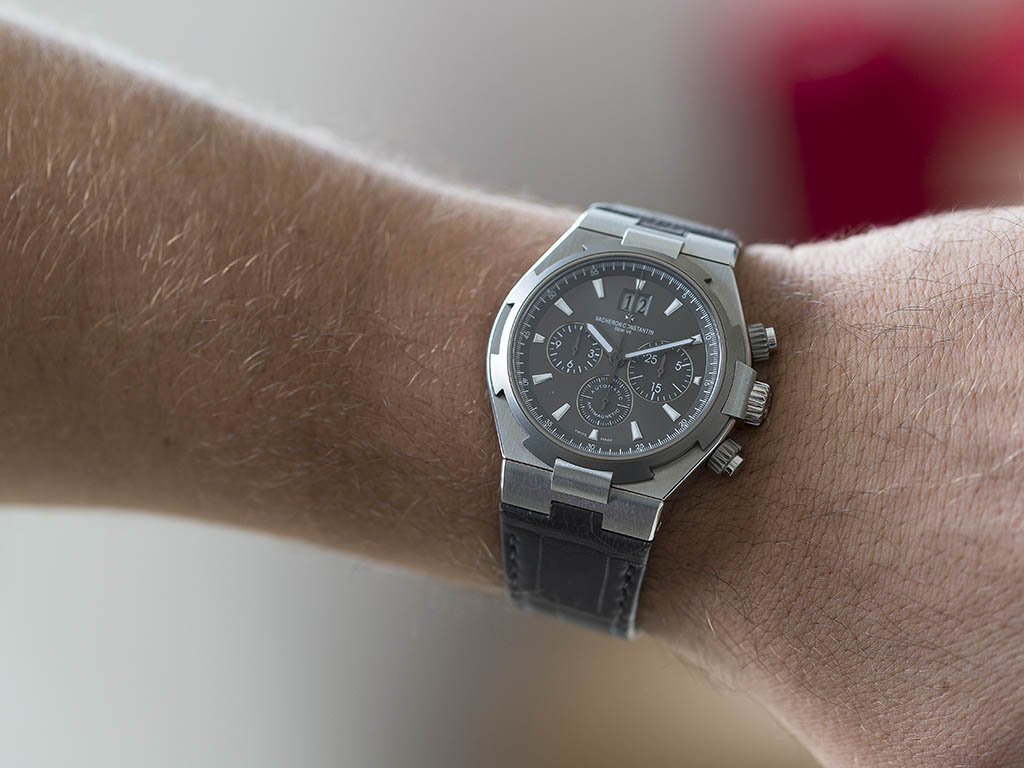 But let us get into the Overseas Chronograph. If we say, “the current Overseas takes advantage of its ancestor’s legacy” we are certainly not wrong.

This chronograph model has two strong rivals, the Royal Oak Chronograph from Audemars Piguet, and the Nautilus Chronograph from Patek Philippe. To be honest if we compare these three watches, the Overseas tends to stay in the shadows no matter what.

The model that I got my hands on today is a chronograph watch made out of steel that measures at 42mm x 12.5mm. The workmanship on the case is flawless as we all expect from Vacheron Constantin. 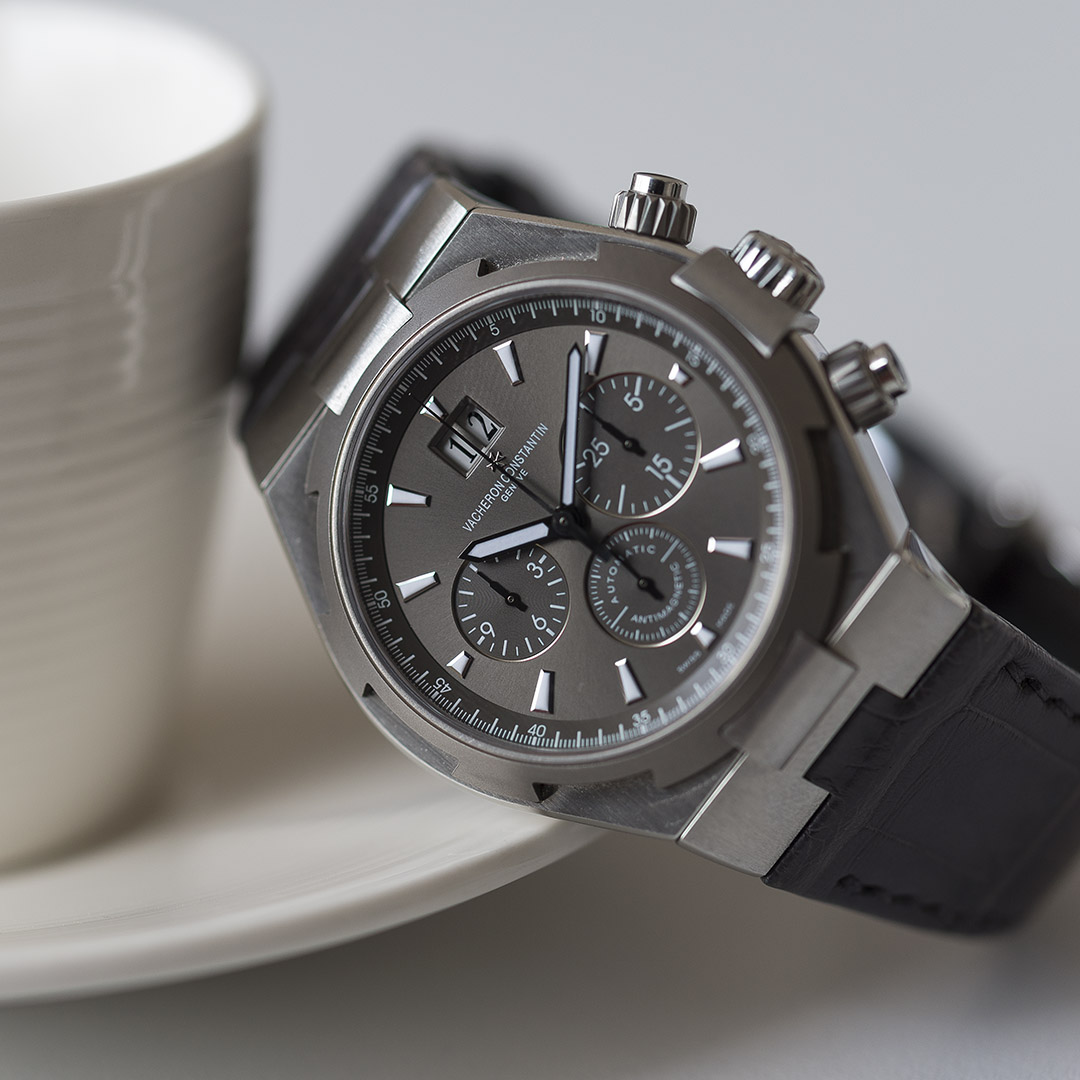 The grey dial sits nicely under the flat sapphire crystal glass. Additionally to the chronograph subdials, the dial features a big date indicator.

Allow me to mention here, that I usually prefer a date window that has the same background color as the dial. Most brands however use these big white colored date windows, which tend to throw me off sometimes.

The watch’s biggest difference from its competitors is its titanium bezel. Titanium is a softer metal than steel and the bezel is usually the part, which gets most of the damage.

With this Vacheron Constantin gave up on functionality over aesthetics.

The watch offers a good 150m water resistance, with its screwed down chronograph pushers.

Consequently, working the chronograph is a bit troublesome, as first you need to unwind the screws. 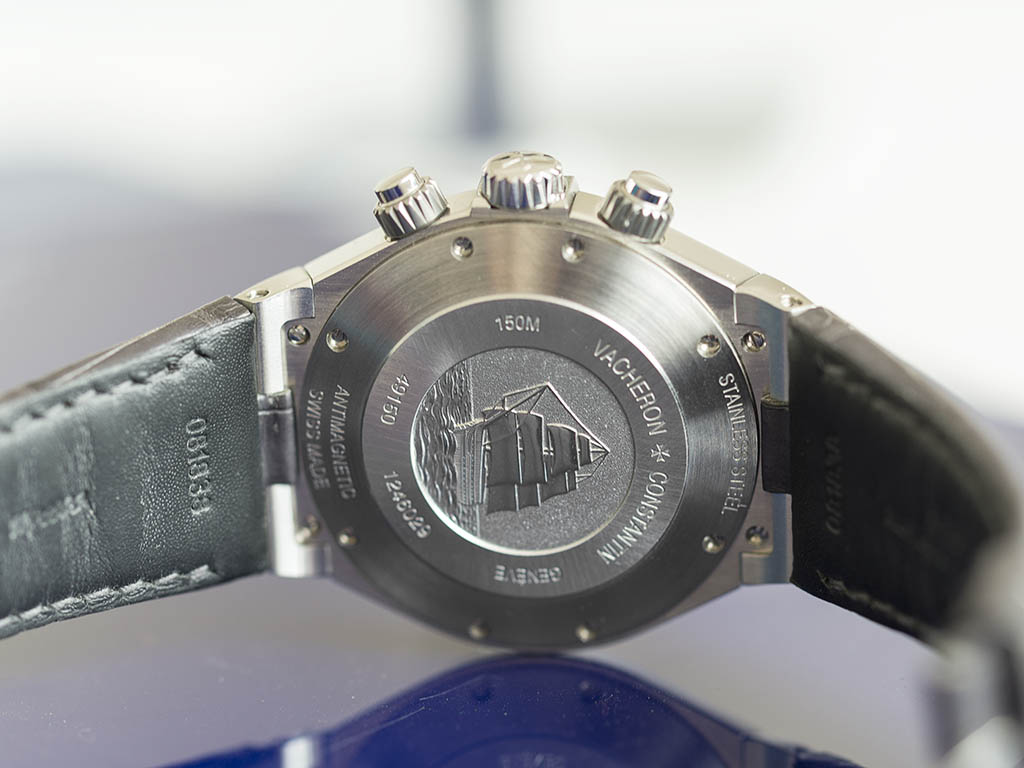 I think the case-back is somewhat poorly designed, as it does not allow us to see this work of art caliber.

Personally, I prefer to have a see-through case-back, but of course the motif on the back of the watch is valid for this piece.

Inside the watch you can find a cage called “Faraday Cage” in order to protect it form magnetic fields.

Because of this useful feature we would not be able to see the mechanism even if the case-back was see-through.

Through the Faraday Cage the watch is protected from magnetic fields up to 25.000 A/m. Additionally this value is certified by the inscription on the dial.

Originally, the movement is based on the Fredric Piguet caliber 1185, which is used by several other watch brands as well, like the older AP Royal Oak Chronographs and several Blancpain chronographs. 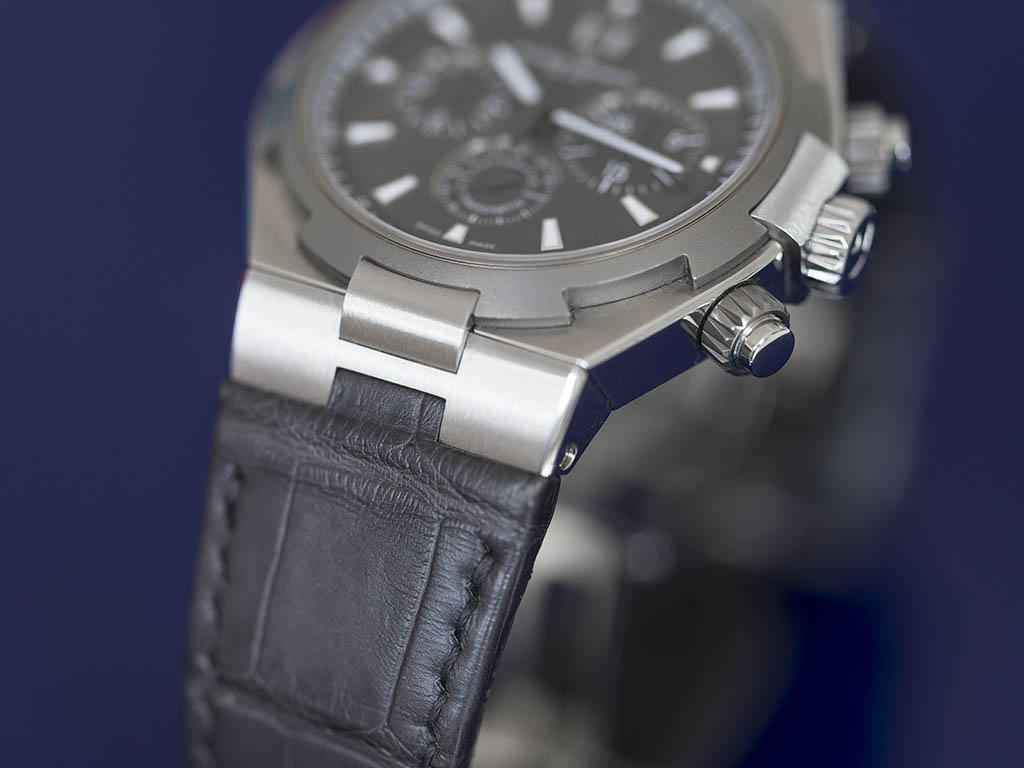 Besides that, it is important to mention that this movement counts as one of the most successful chronograph mechanisms of all times.

This top caliber measures at 26.2mm in diameter and 6.60mm in height, which is relatively thin for a chronograph movement.

Caliber 1137 is a mechanical self-winding chronograph, beating at the frequency of 21,600 vibrations/hour. The mainspring, which is wound by a massive 18k rotor offers up to 40 hours of power reserve.

The column wheel chronograph features a soft and very refined feel when being activated, it almost feels like walking on clouds.

In addition to the base mechanism, Vacheron Constantin added a big date window.

I could not decide whether we should express our gratitude to Vacheron Constantin for allowing the elder generation to see the date indicator without wearing their glasses or we should be angry with them as they put this huge window on this beautifully designed dial.

The watch comes with two straps; crocodile leather and rubber. Thanks to these two the Overseas Chronograph becomes handy both for elegant and sportive events. 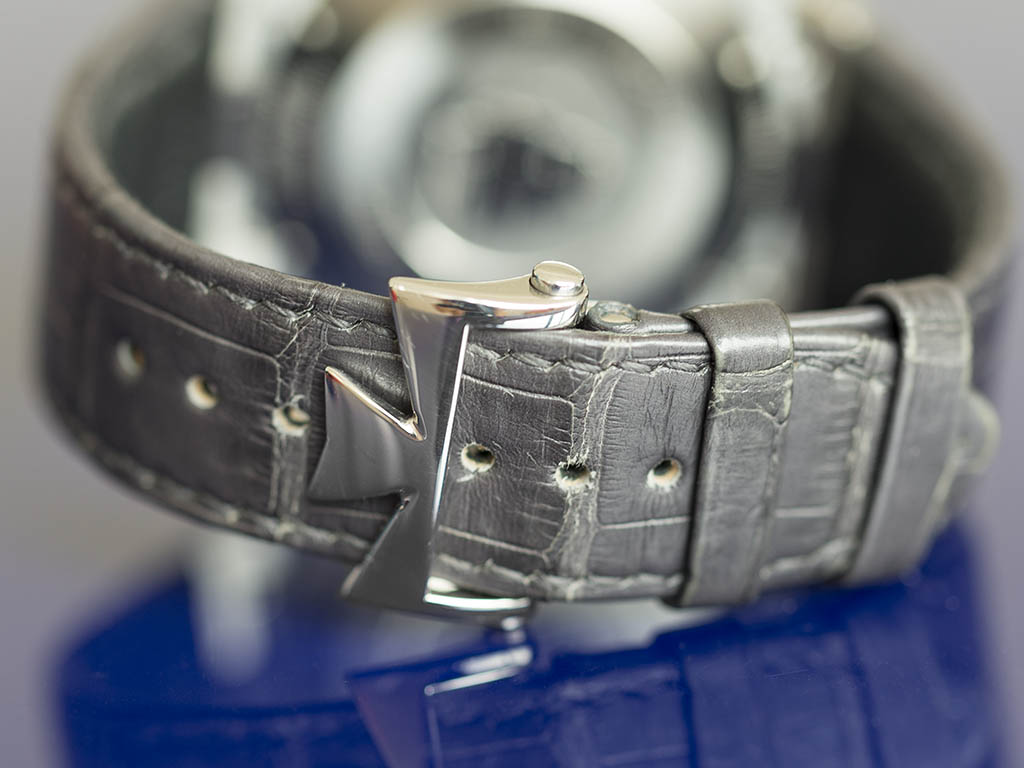 When changing the straps be aware not to damage the screws’ heads. The strap also features a folding buckle.

Of course when you are in the business of buying one of these bad boys, have a look at what Audemars Piguet and Patek Philippe have to offer in order to be able to make the best decision and get the watch that suits you the most.