A new page is about to be turned in Georges Kern’s illustrious career: having joined the Richemont Group in 2000, he was there to see such Maisons as A. Lange & Söhne, Jaeger-LeCoultre and IWC, among others, gradually be added to the Group in these early years. He soon went on to take over the reins at IWC in 2002 at the impressive age of 36, thereby making him the youngest CEO within the Group and allowing him to elevate IWC’s brand by way of his innovative and courageous decisions. 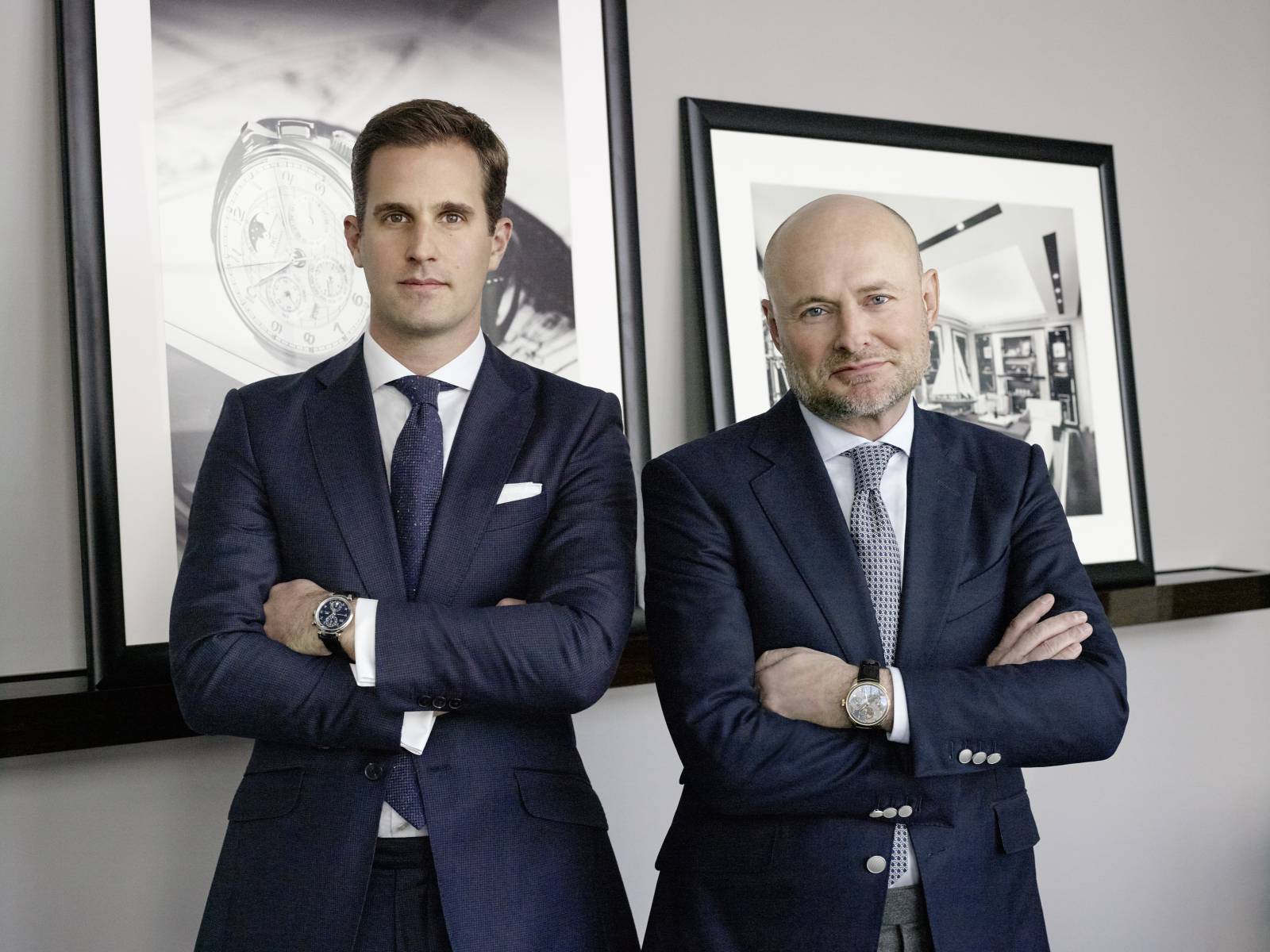 As of April 1, 2017, Georges Kern will be a member of the Richemont Executive Board, where he will be responsible for watchmaking, marketing and digital activities within the Group.

Christoph Grainger-Herr, will take over from that point forward. He joined the company in 2006, where his career progressed rapidly as well, some might say in a way reminiscent of his mentor’s.  As head of Marketing between 2010 and 2011, he became the Associate Director of Strategic Planning in 2015 and a year later, Associate Retail Director /International Sales Director.

I can say that our meeting, which lasted nearly two hours, was quite enjoyable thanks to the sincere attitudes of the two esteemed directors and the detailed answers they gave to each question.

We share with you the highlights of this meeting:

Horobox: It seems like the launch of the new Da Vinci Collection has taken some time. Can you tell us a little bit about this?

Christoph J. Grainger-HERR: Well firstly I would like to say that we do not have a standard re-launch cycle of four or five years. I think we look ahead for years to come; we make strategic choices for what we want to re-launch. As an example, last year we decided to put forward the Pilot’s Collection because in our estimation, that was what the market needed. This year, the Da Vinci Collection has proven to be the correct choice.

Horobox: We have round cases for the Da Vinci Collection again. And when we look at the perpetual calendar chronograph, we notice the similarity with the model launched in 1985. What are the major differences and the improvements between those two models after 30 years?

Georges Kern: It’s like the changes and improvements in the 911 (Porsche) in 30 years. When you have a good design, you make it evolve, whilst retaining certain elements in order for it to stay classic. I think the lug design is the key difference.  The ladies line changed considerably as well. We have innovations as movements; three of the novelties feature the new Manufacture movements: the Perpetual Calendar Chronograph, Tourbillon and the Laureus Edition. We have movable lugs and we changed the case design from Tonneau to round. Therefore you have technical improvements and aesthetic changes. We are not here to make fashion products. We are here to make sustainable products and the character of the Da Vinci was and remains very strong.

Horobox: What is the biggest challenge you (Christoph) see to lead IWC as the CEO..?

Christoph J. Grainger-HERR: I am in a very fortunate position that I’ve been working closely with Georges for the last ten years. So I think my introduction to this brand could not have been better and also I think a handover couldn’t be smoother. I am inheriting a fantastically strong brand, incredible products and a very competent team. The challenges that all brands face are the ones inherent to their industry.