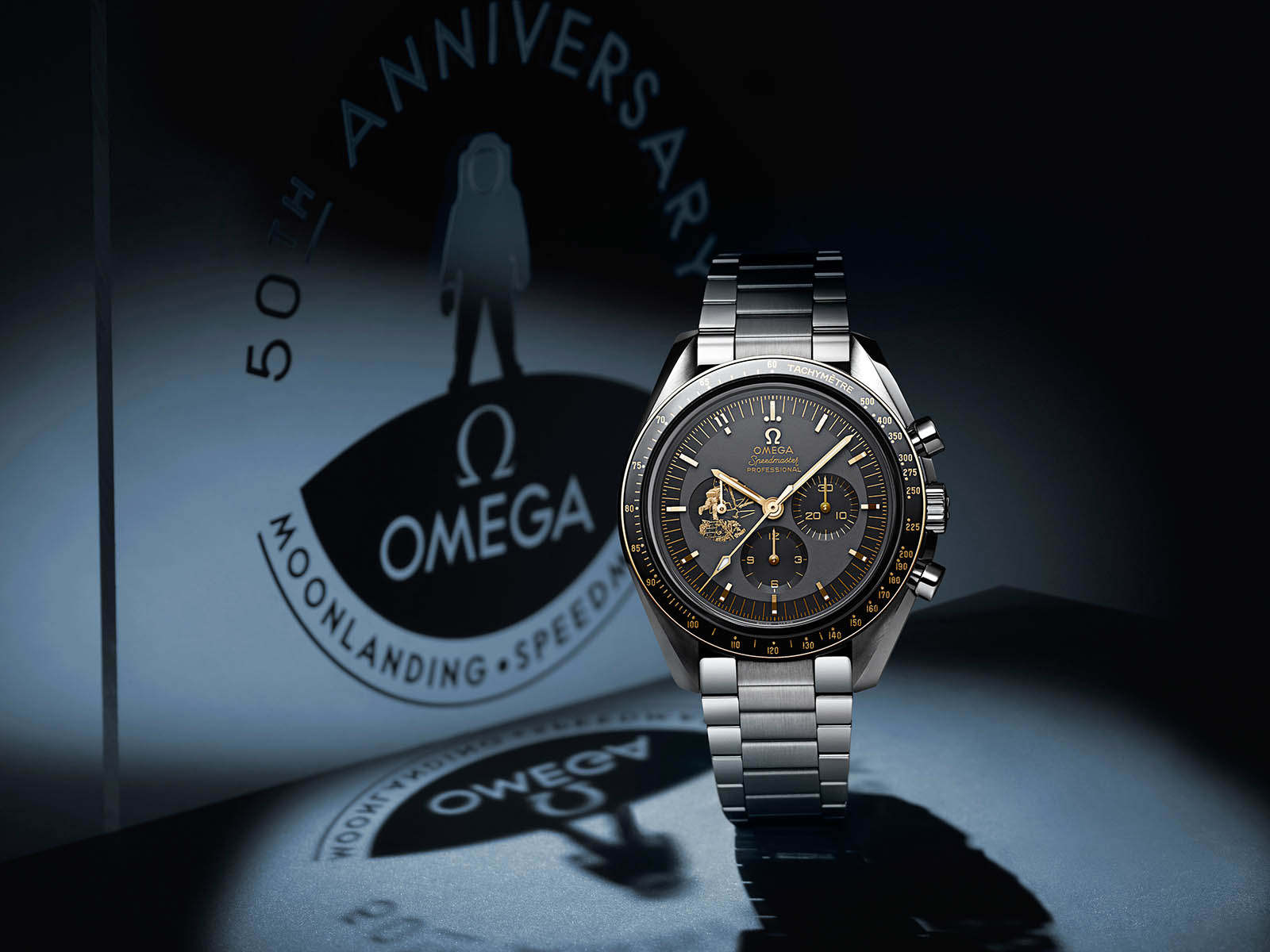 The famous brand introduced another model, Omega Speedmaster Apollo 11 50th Anniversary Limited Edition (Ref. 310.60.42.50.99.001), earlier this year commemorating the same occasion. The model attracted great attention with its similarity to the original model of 1969 as well as its new Moonshine Gold alloy. 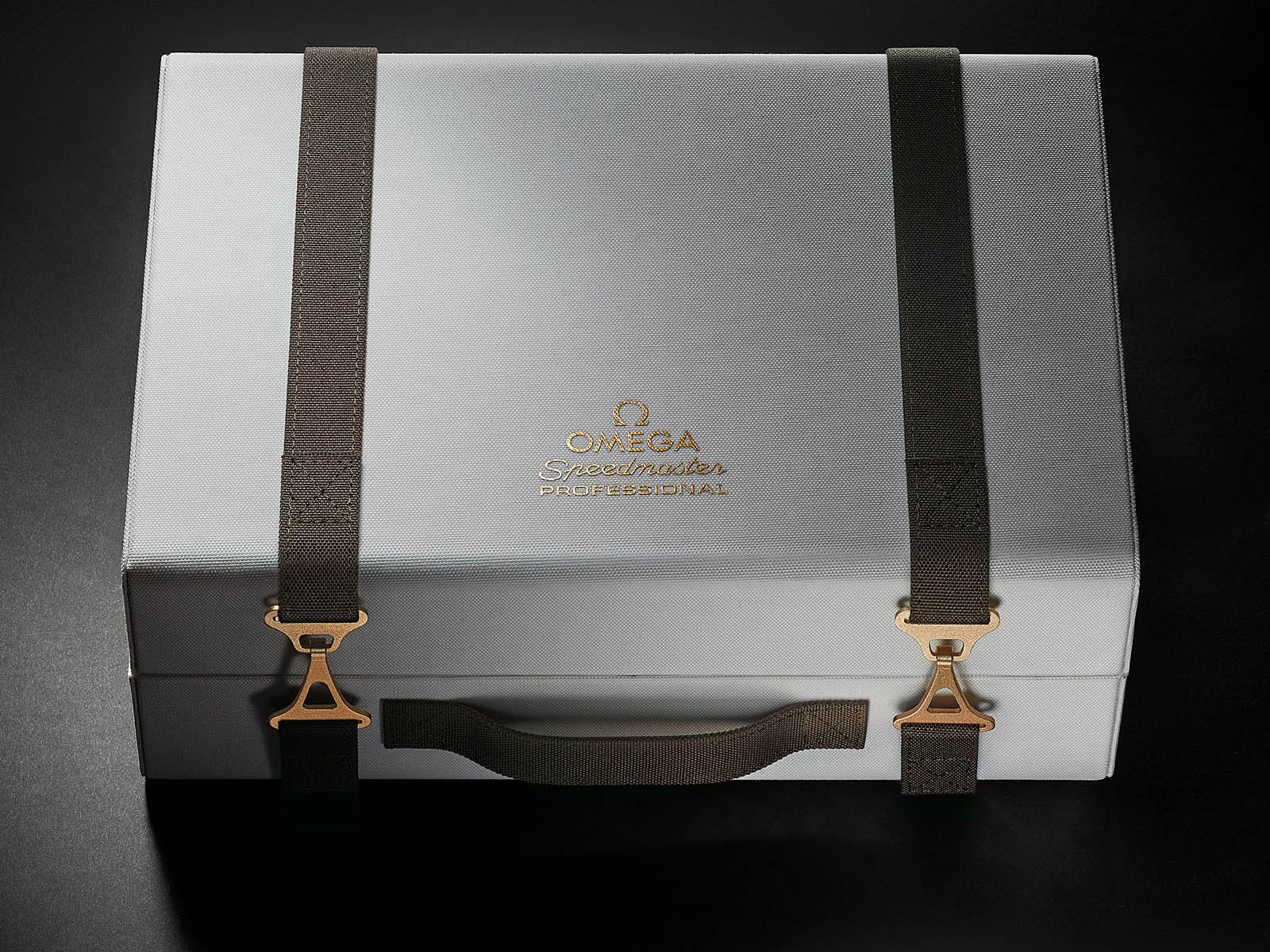 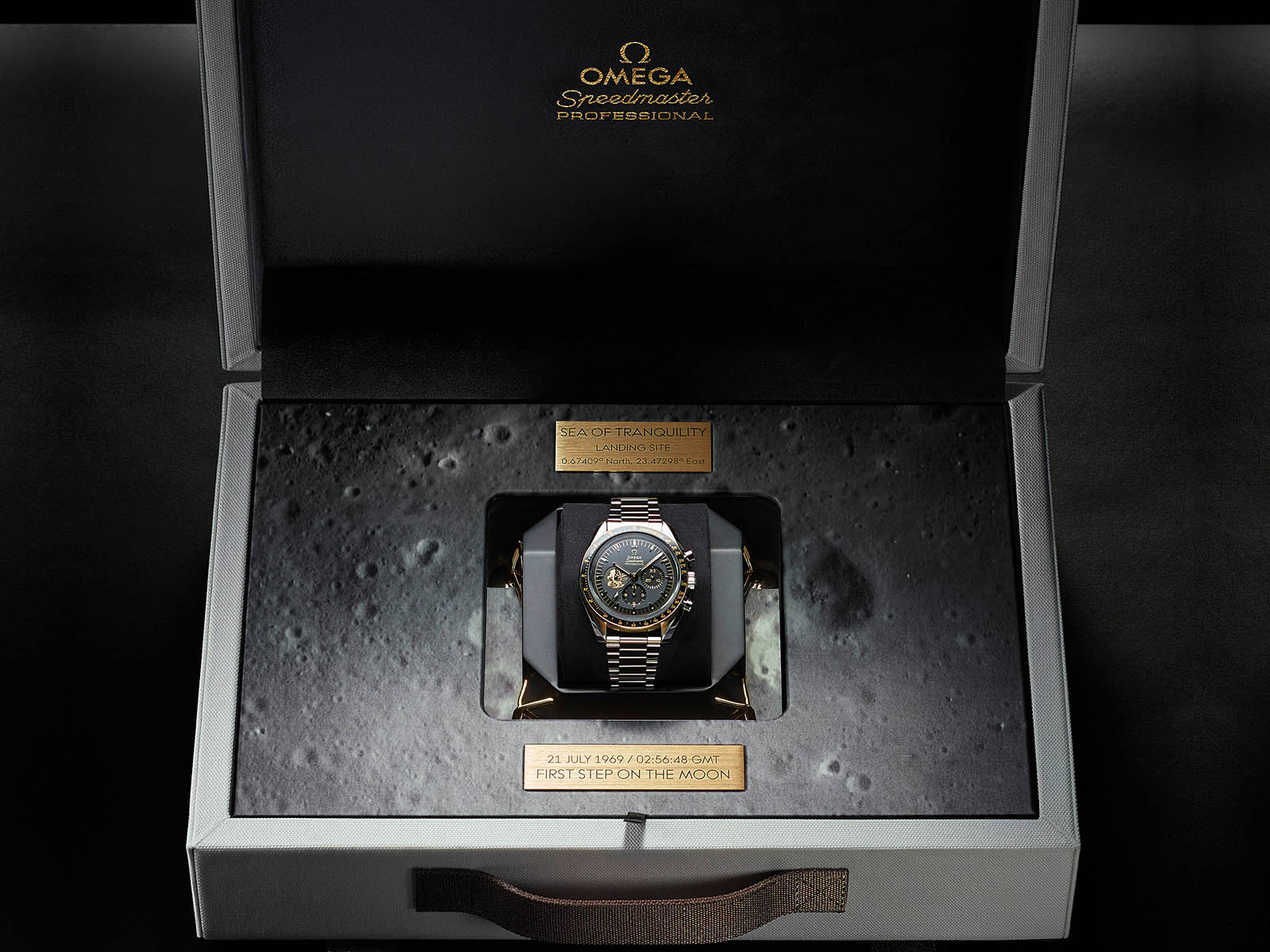 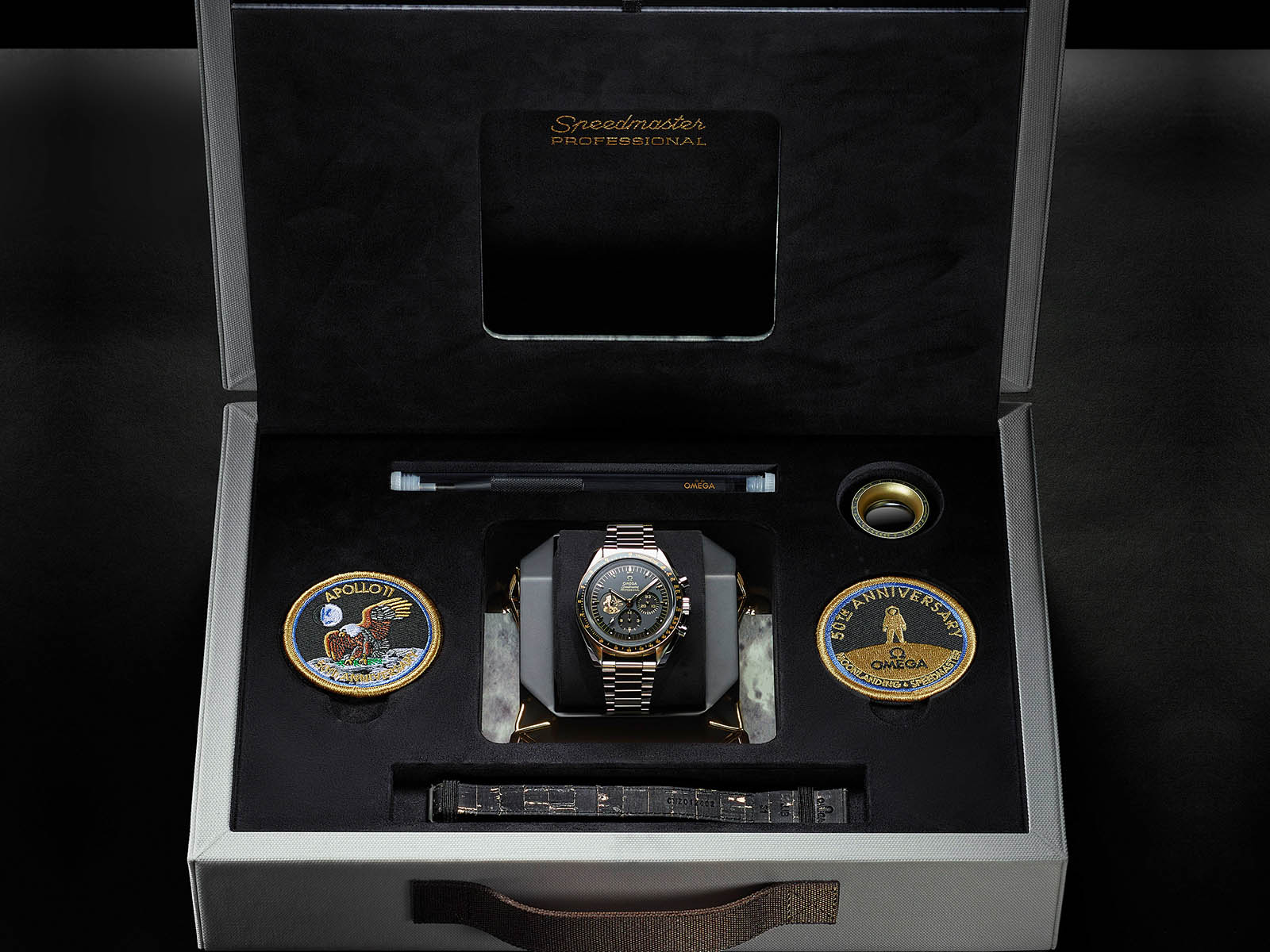 The new model comes in a 42mm diameter case designed in classic Speedmaster style. Although this new case is made of stainless steel, it has some gold components. The bezel for instance is made of Moonshine Gold. The front side of the case features a sapphire crystal while the solid case back is adorned with a beautiful illustration of man’s first step on the Moon. 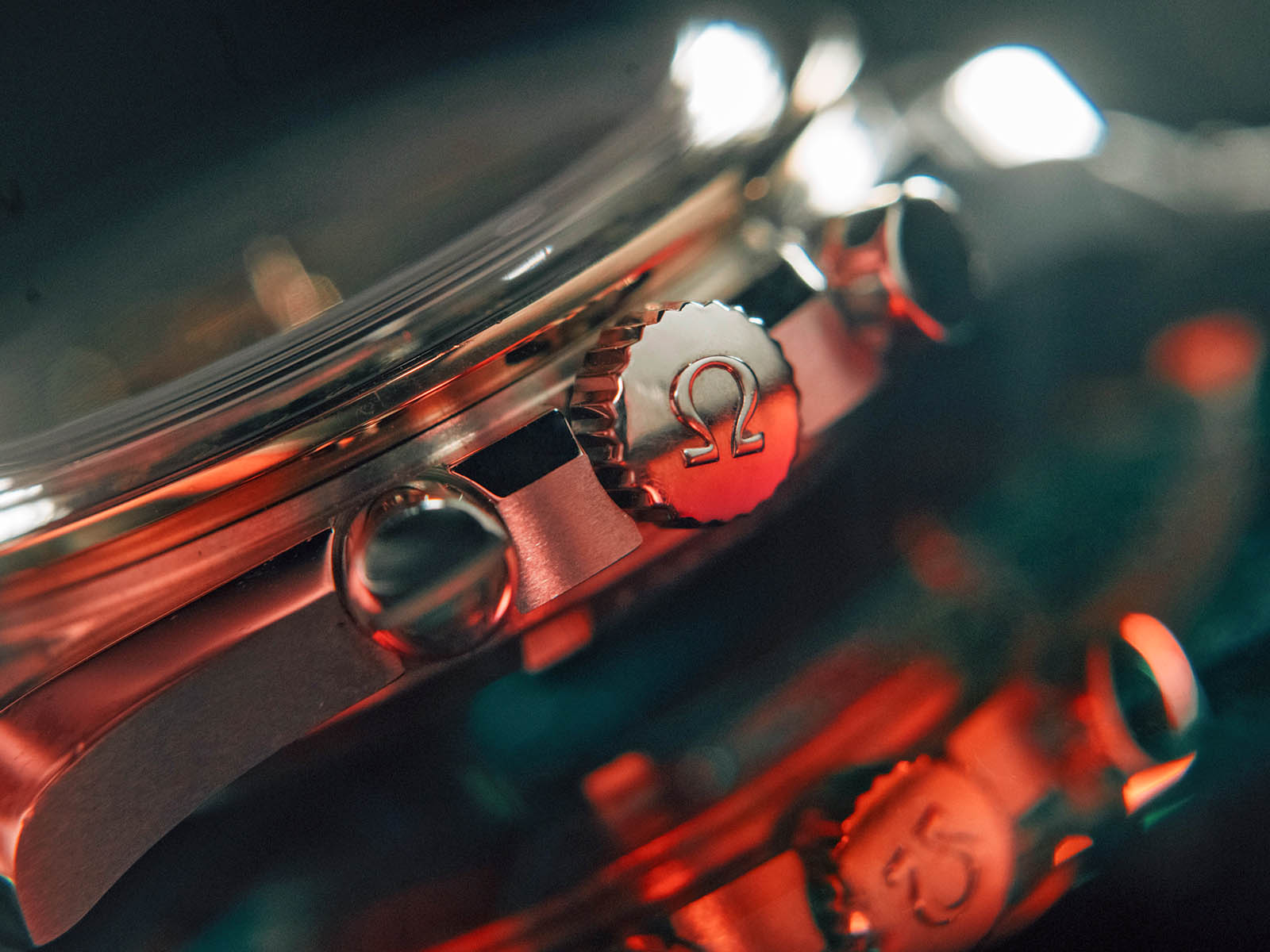 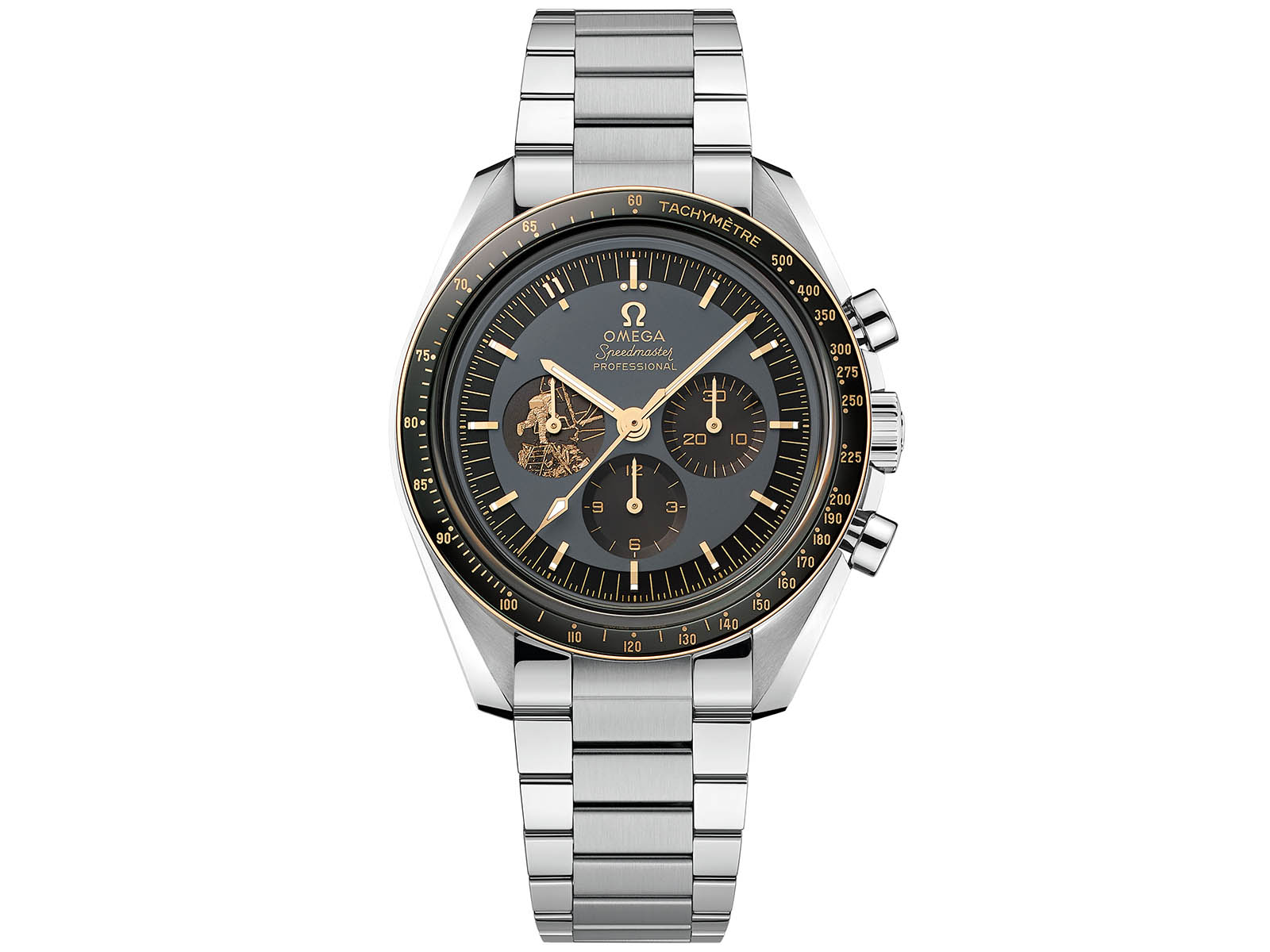 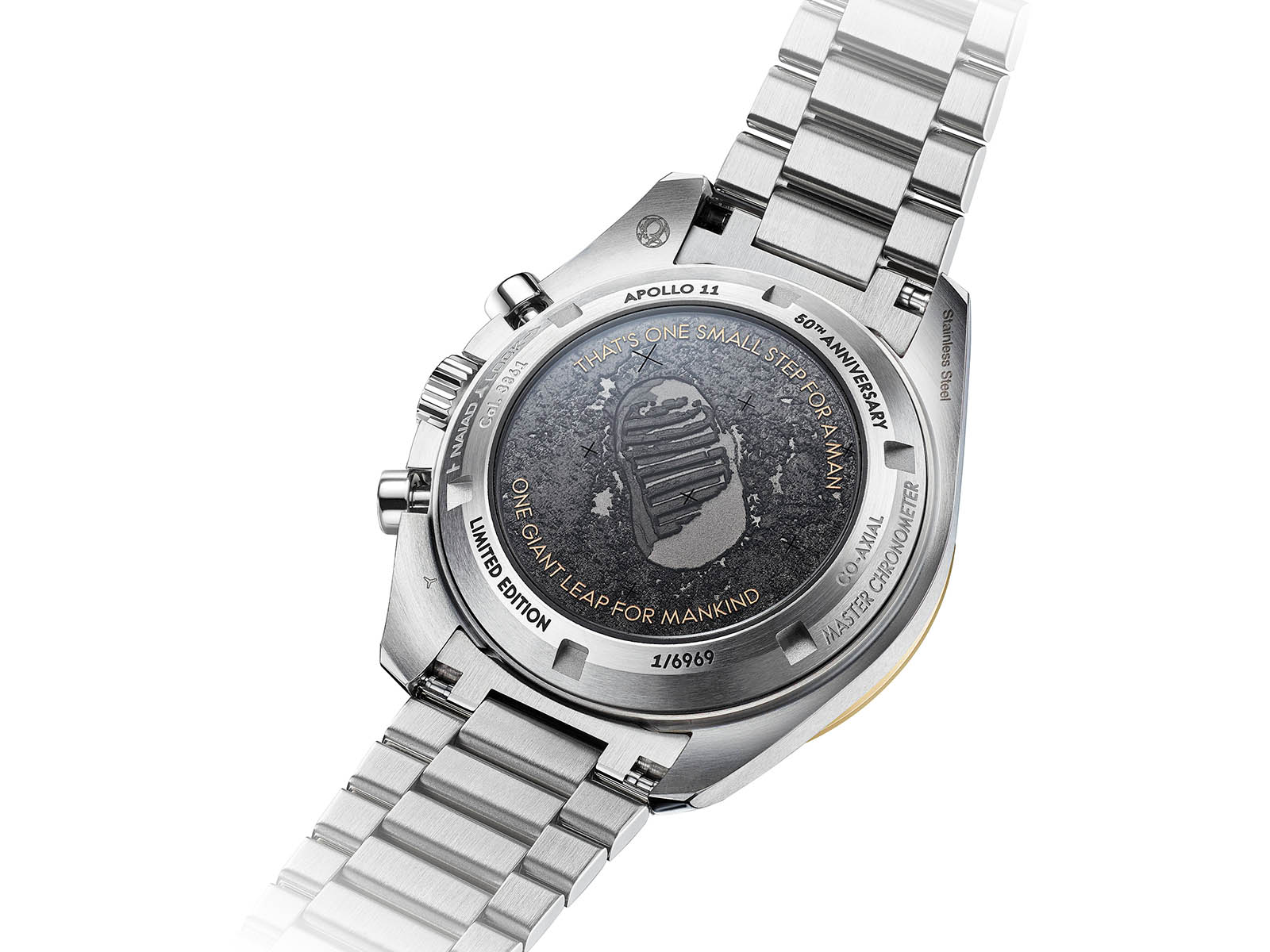 The dial also employs details that refer to the 50th Anniversary of the humankind’s first steps on the Moon. The dial offers Tri-Compax layout over gray background with the sub-counter at 9 o’clock featuring a rendering of Buzz Aldrin climbing out of the landing module. Inner scale, hands and markers are the other components with gold. 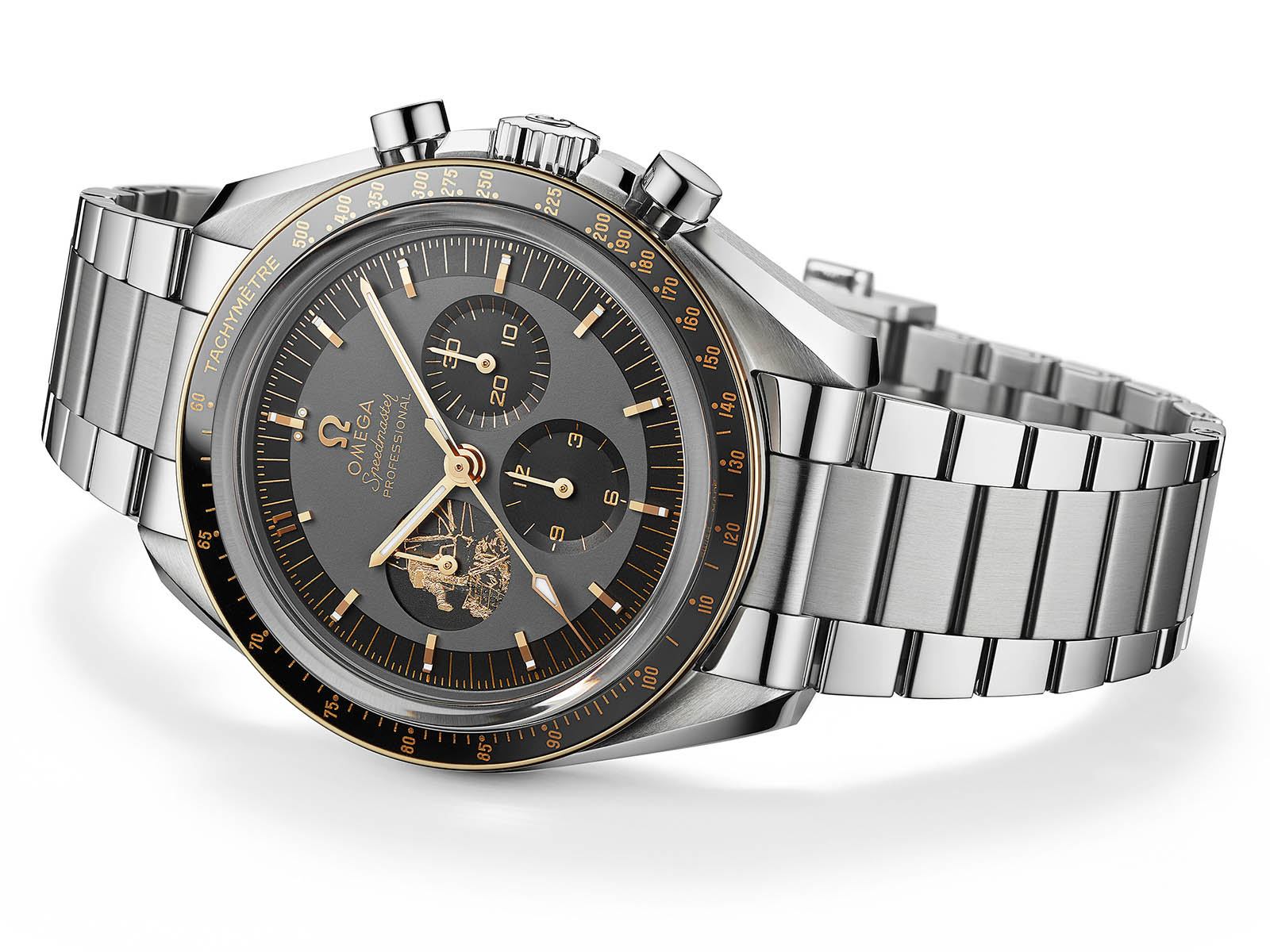 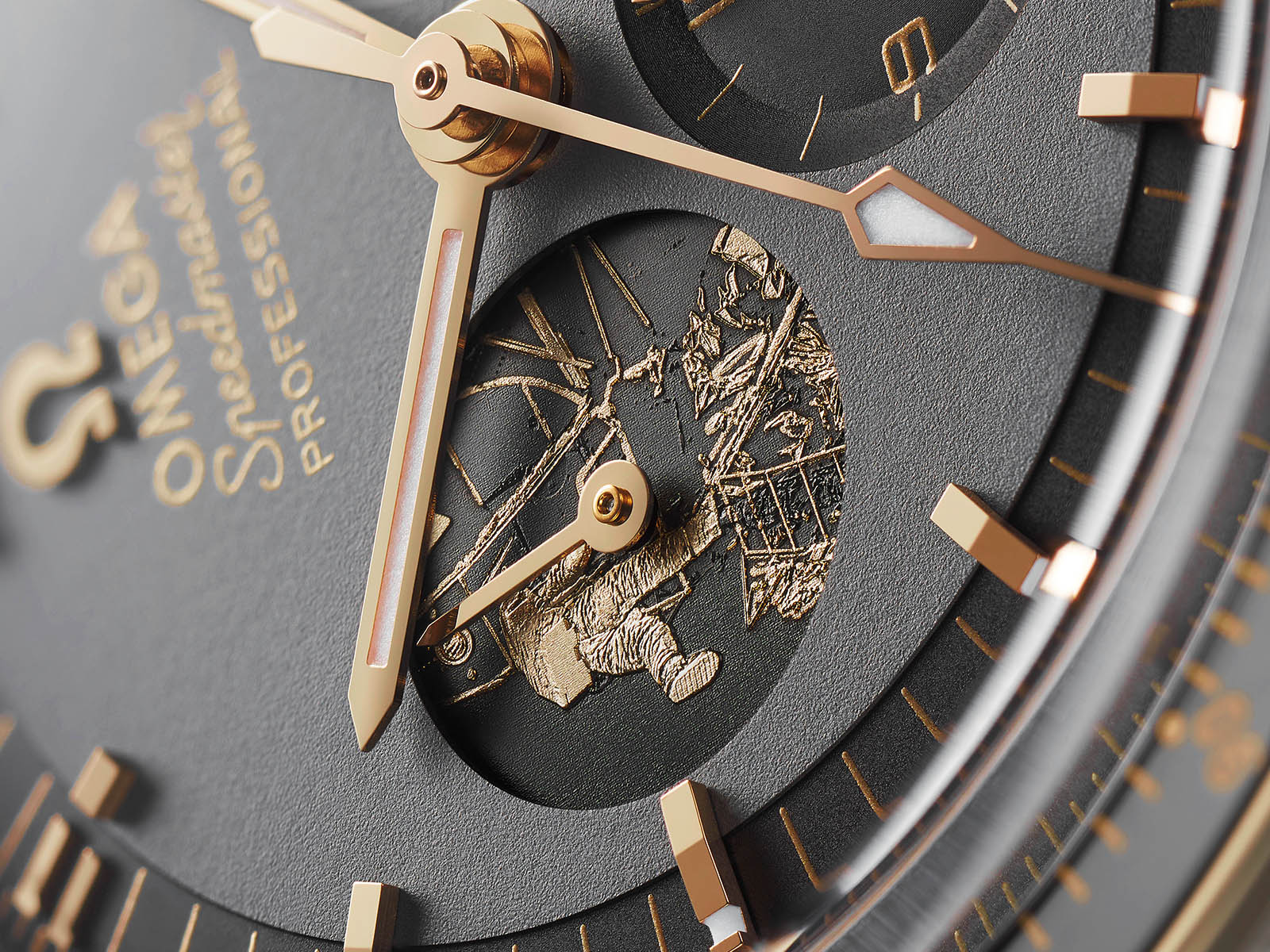 The new model is powered by the new-generation Caliber 3861. Being the Metas Certified version of the well-known Caliber 861/1861 family, the hand-wound movement beats at a frequency of 3Hz (21.600vph) and offers a 50-hour power reserve when fully wound. 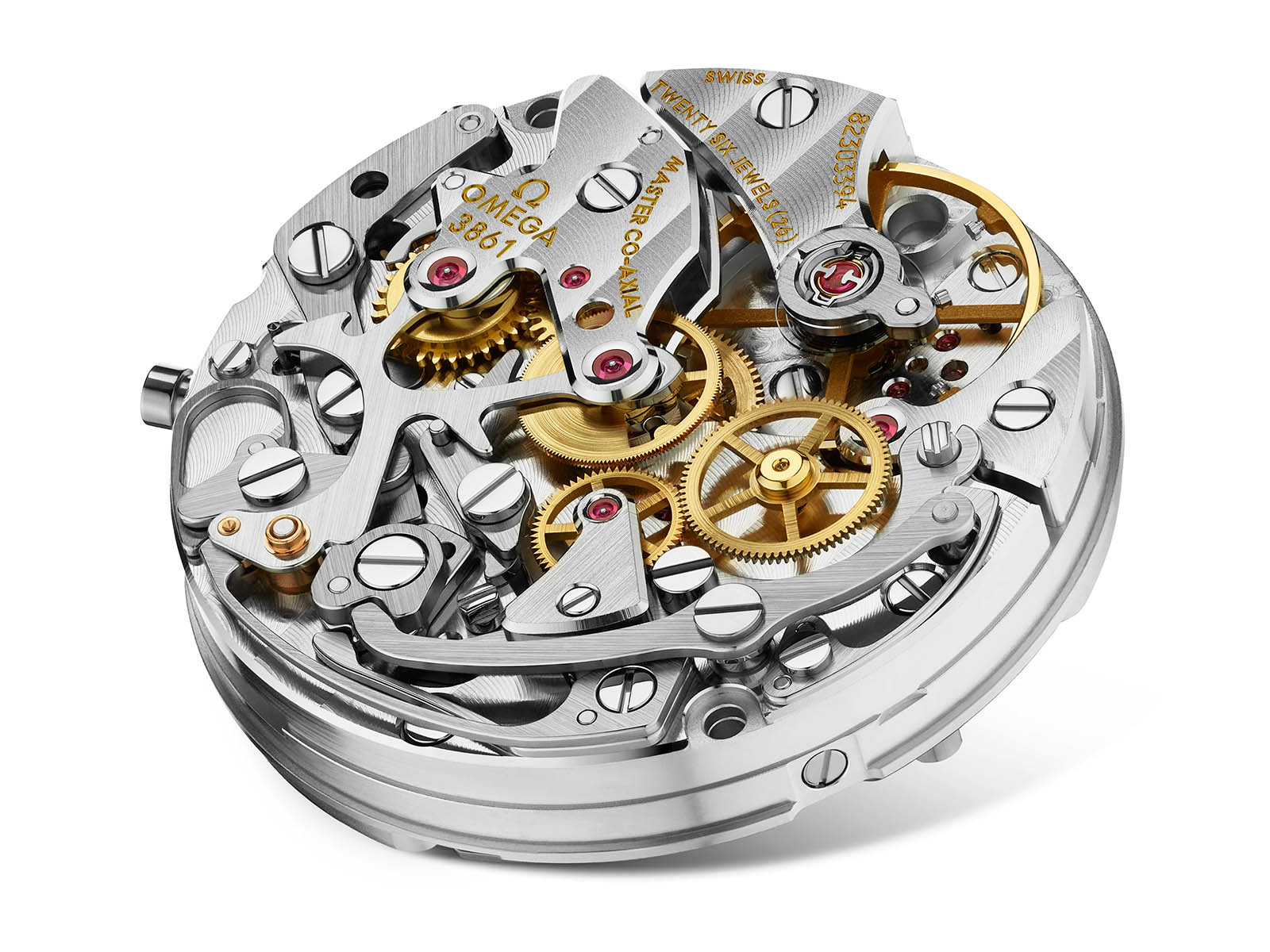 Omega Speedmaster Apollo 11 50th Anniversary Limited Edition comes on a vintage-inspired stainless steel bracelet and is limited to a span of 6969 units. 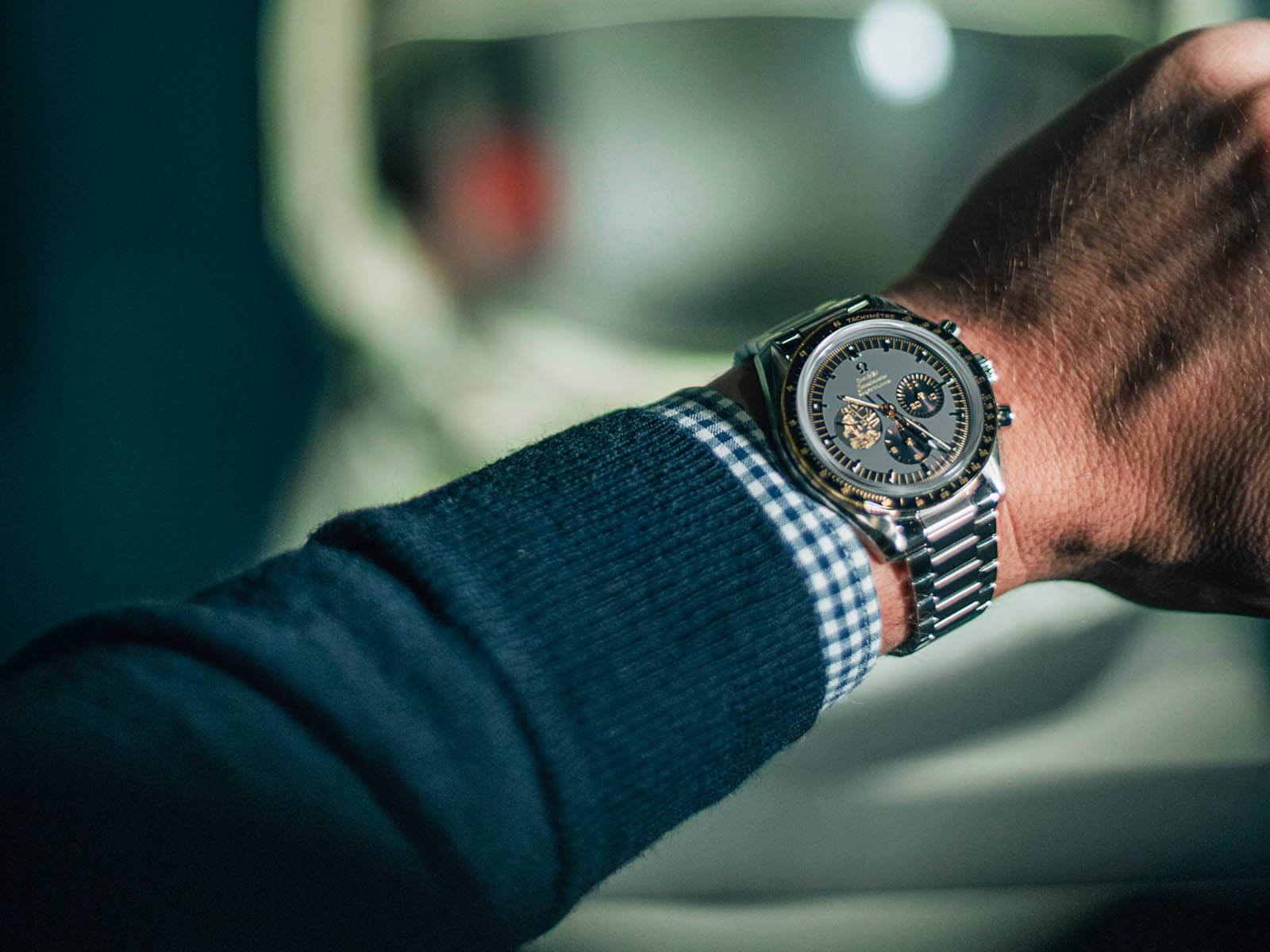