A. Lange & Söhne introduces a boutique-exclusive version of its iconic Lange 1 in a Time Zone version. The new world time watch is Lange’s latest in its proprietary honey gold alloy with a limited edition of 100 pieces. 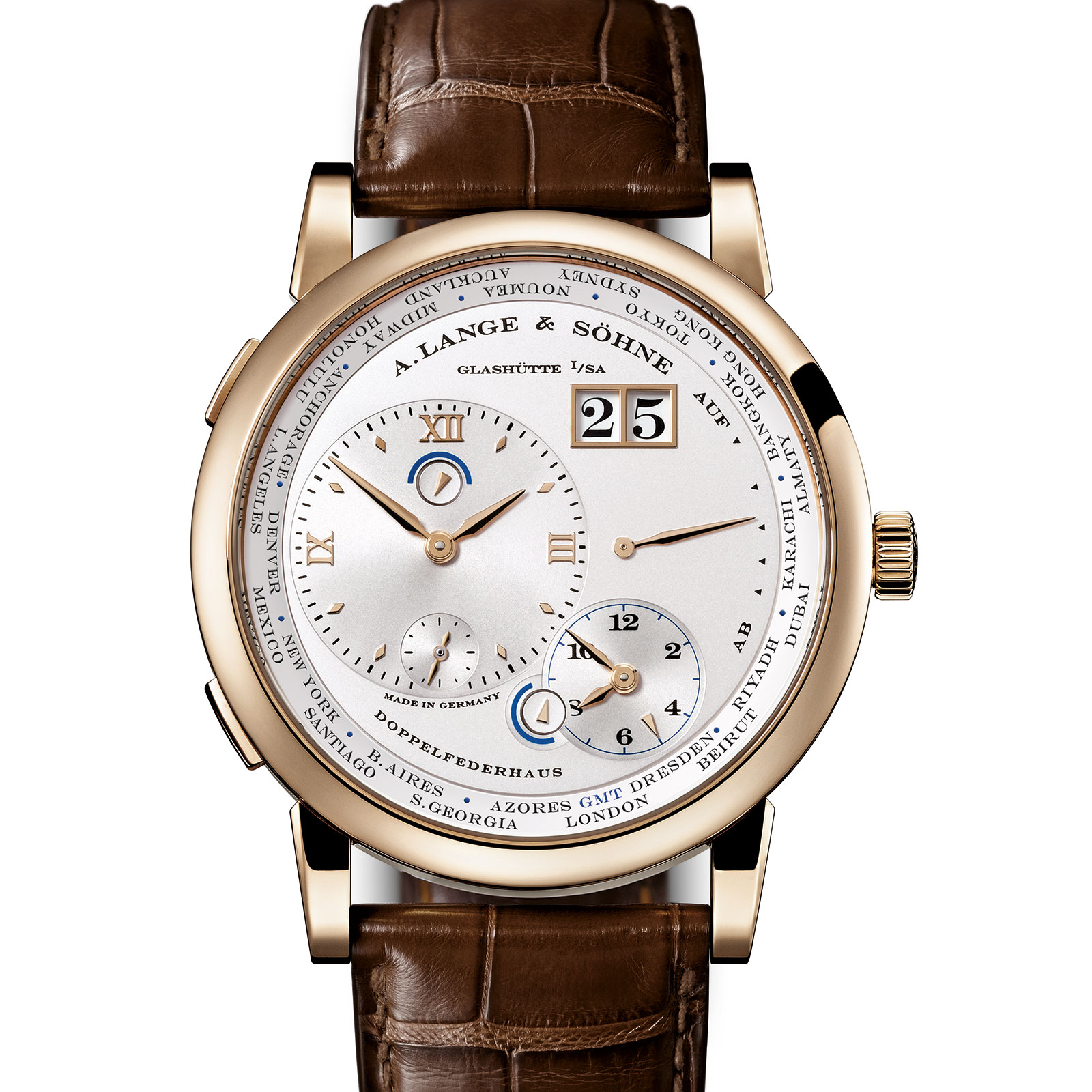 “Honey Gold” is a type of gold alloy that provides a unique tone between yellow gold and rose gold. The alloy, which is exclusive to A.Lange & Söhne, is also relatively shinier than the conventional 18K gold, and slightly harder as well. The German brand had a history with that new material through its magnificent 1815 “200th Anniversary F. A. Lange” and the not so famous Lange 1 Honey Gold. A. Lange & Söhne Lange 1 Time Zone Honey Gold Limited Edition is the latest timepiece from the brand bearing the Honey Gold material. 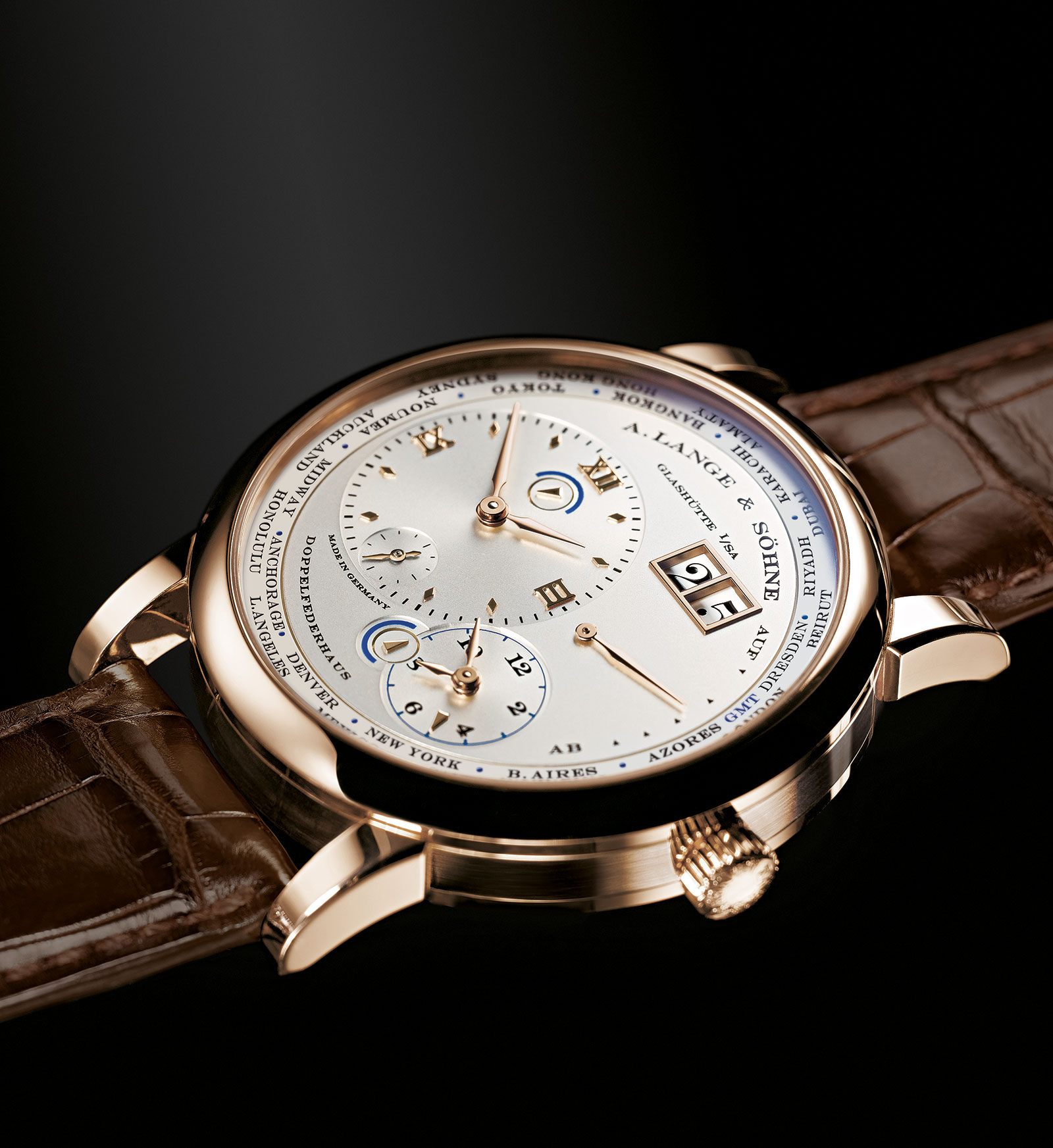 The most distinctive feature of the new limited edition model is surely the case material. The Honey Gold case measures 41.9mm in diameter, which is the same size as the standard Lange 1 Time Zone version. The other differentiating factor is the hands set, and the hour markers which are also made of Honey Gold alloy. 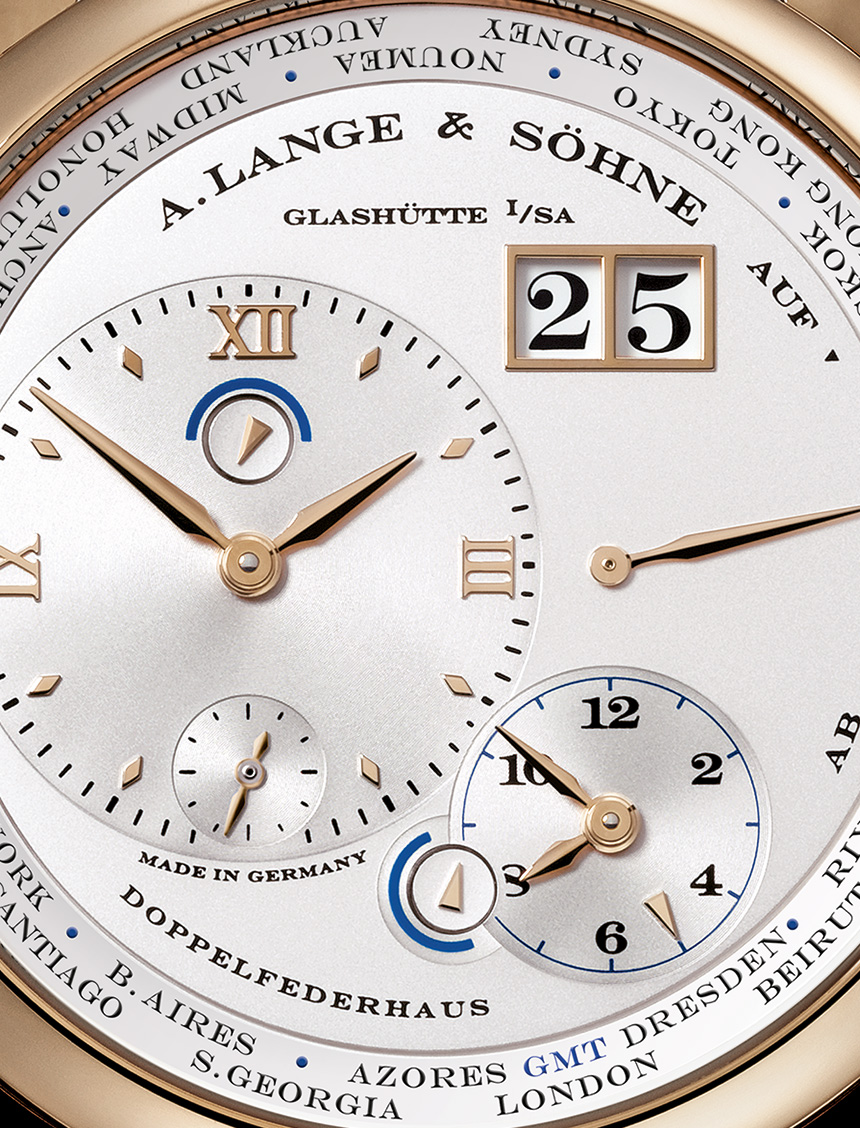 Besides the mostly identical appearance with the standard Lange 1 Time Zone model, the Honey Gold version features some slight details exclusive to itself. Perhaps the most obvious one of all is the city name “Dresden” preferred, instead of Berlin.  This is to highlight the Central European Time (CET) time zone, as Dresden is the capital of the Saxony state, and the closest big city to Lange’s home town of Glashütte. The dots that separate the city names on the world time chapter are dark blue, instead of the usual red, as is the hour track of the second time zone sub-dial, which is black on the standard version. 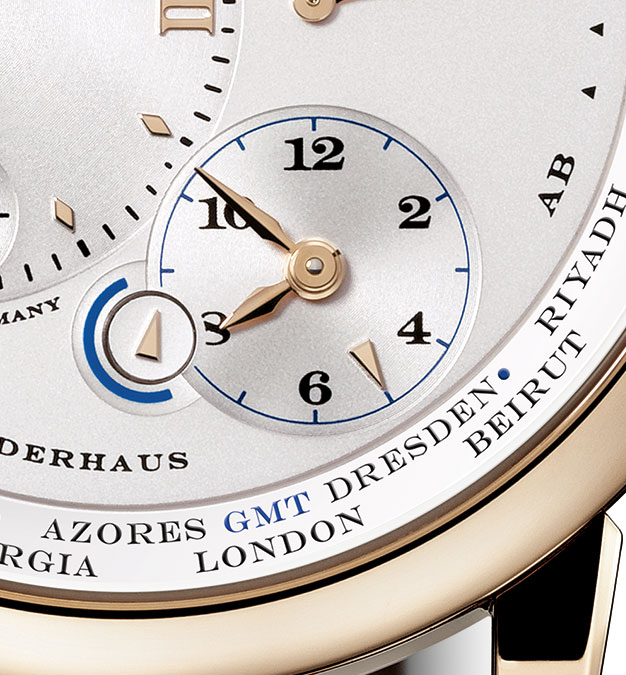 A. Lange & Söhne Lange 1 Time Zone Honey Gold Limited Edition is powered with the brand’s in-house Caliber Ref. L031.1. The manual winding movement, which is also used in the standard version, features zones linked to a cities disc and day/night indicator, a power reserve indicator, and the brand’s classic big date display. The pusher at 11 o’clock advances the date display, while the pusher at 8 o’clock advances the second time zone in one hour increments. 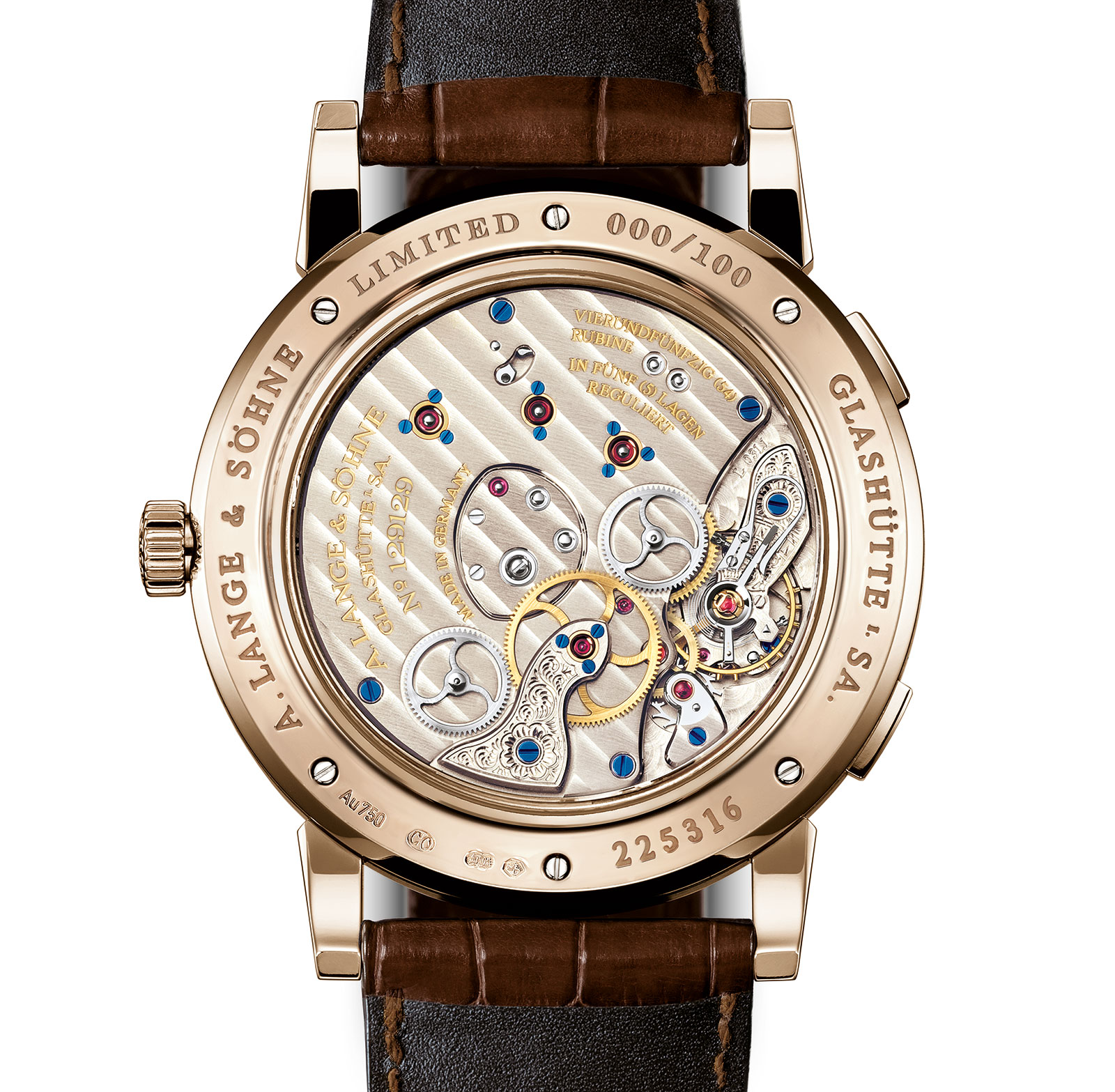