Breitling, one of the top watch brands among aviation and adventure enthusiasts, took its place in our Hands On corner with the Breitling Bentley Supersports B55 model, which was produced under the brand partnership with the luxury automobile manufacturer Bentley. 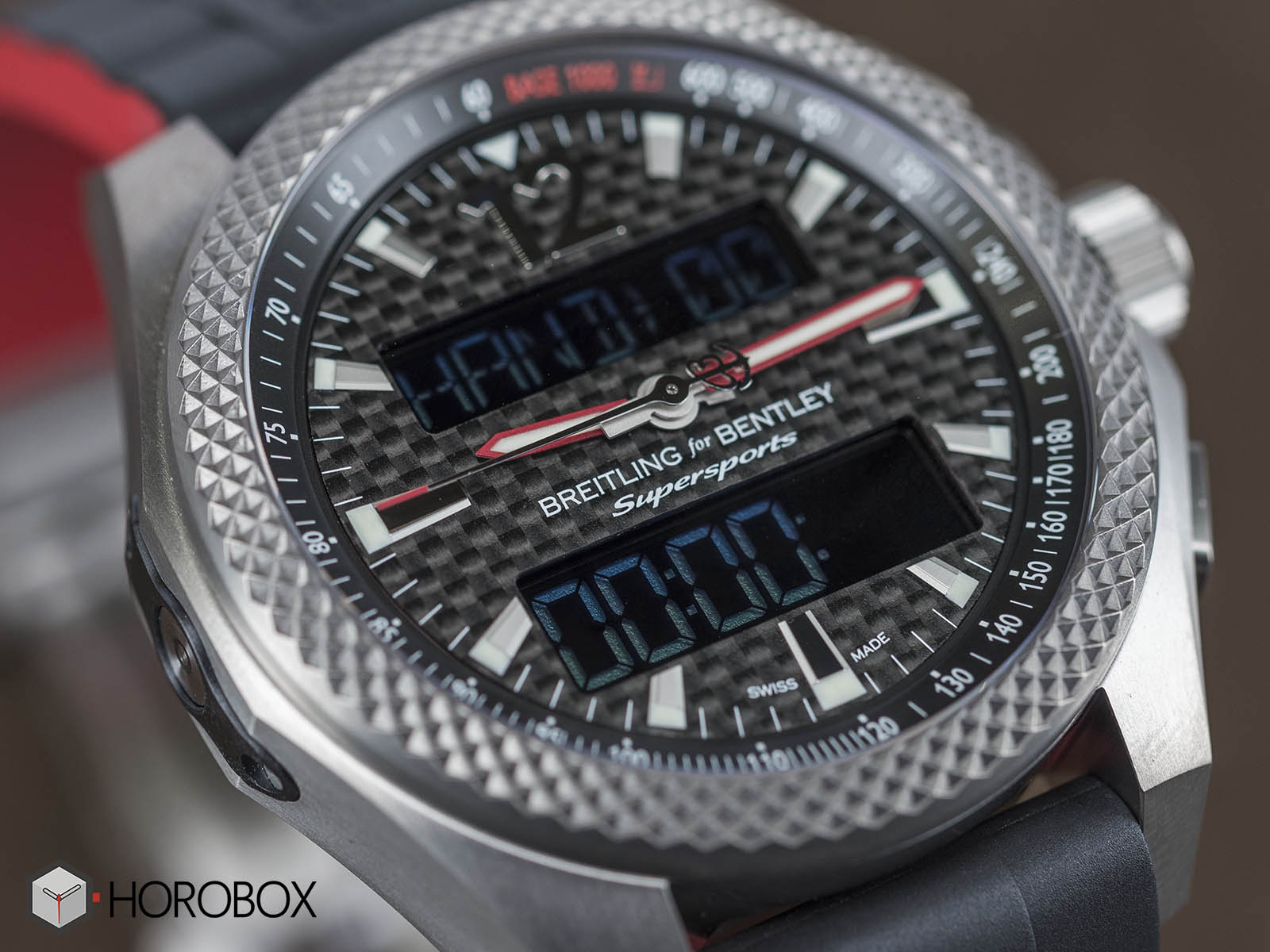 Breitling’s brand partnership with renowned auto maker Bentley has been going on since 2003. This partnership, which brought many different timepieces to life, is now home to one of the most important product groups of the brand. The Breitling for Bentley models, produced during the upcoming 15-year brand partnership, have gained great popularity among watch aficionados with their large, sleek designs such as the cars they inspire, unique lines and superb workmanship. Just as it is in Bentley automobiles, the models that brought luxury and performance together under the same roof was often seen on the wrists of famous celebrities. 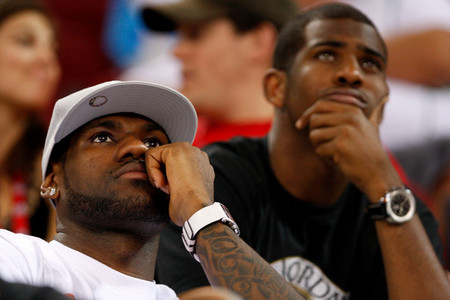 The timepiece we have here for review is a special model that adds advanced technology to the luxury and performance parameters. The model shares the same platform with the Breitling Exospace B55 that was introduced in 2015. It is not exactly a smart or connected watch but obviously it’s not a traditional timepiece like a Navitimer considering its high-tech features. 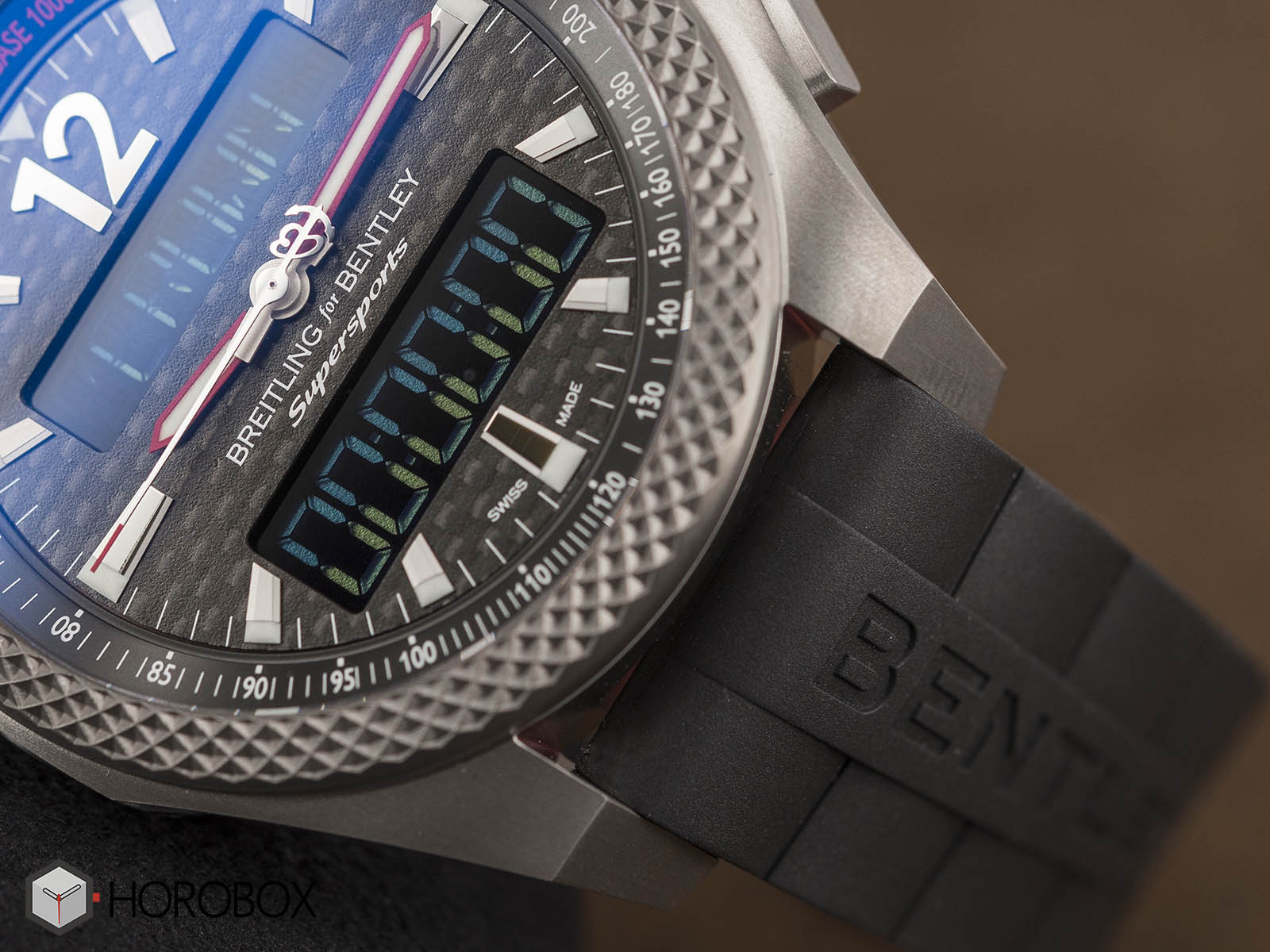 The model is offered in a 46mm diameter case. The case is made of titanium which dramatically increases wearing comfort despite its diameter which can be considered oversize even for today’s standards. Water resistant to 100 meters, the case sports an AR coated scratch resistant sapphire crystal on the front side and a solid titanium caseback engraved with model details and limited production number along the Bentley logo. The case, which is composed of angular lines, features a Hobnail pattern fixed bezel. The large winding crown is accompanied by a set of pushers designed in rectangular form with curved edges. 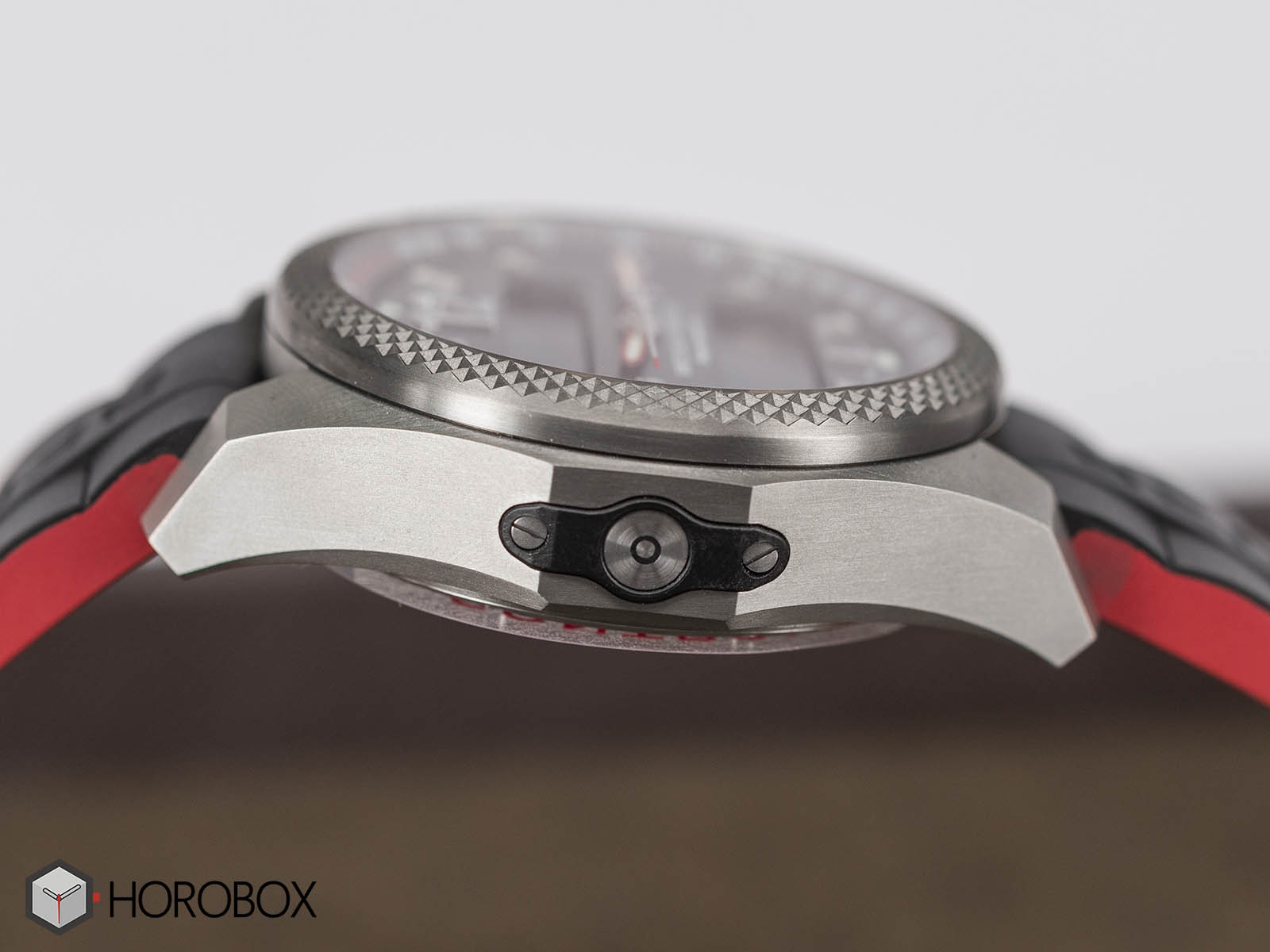 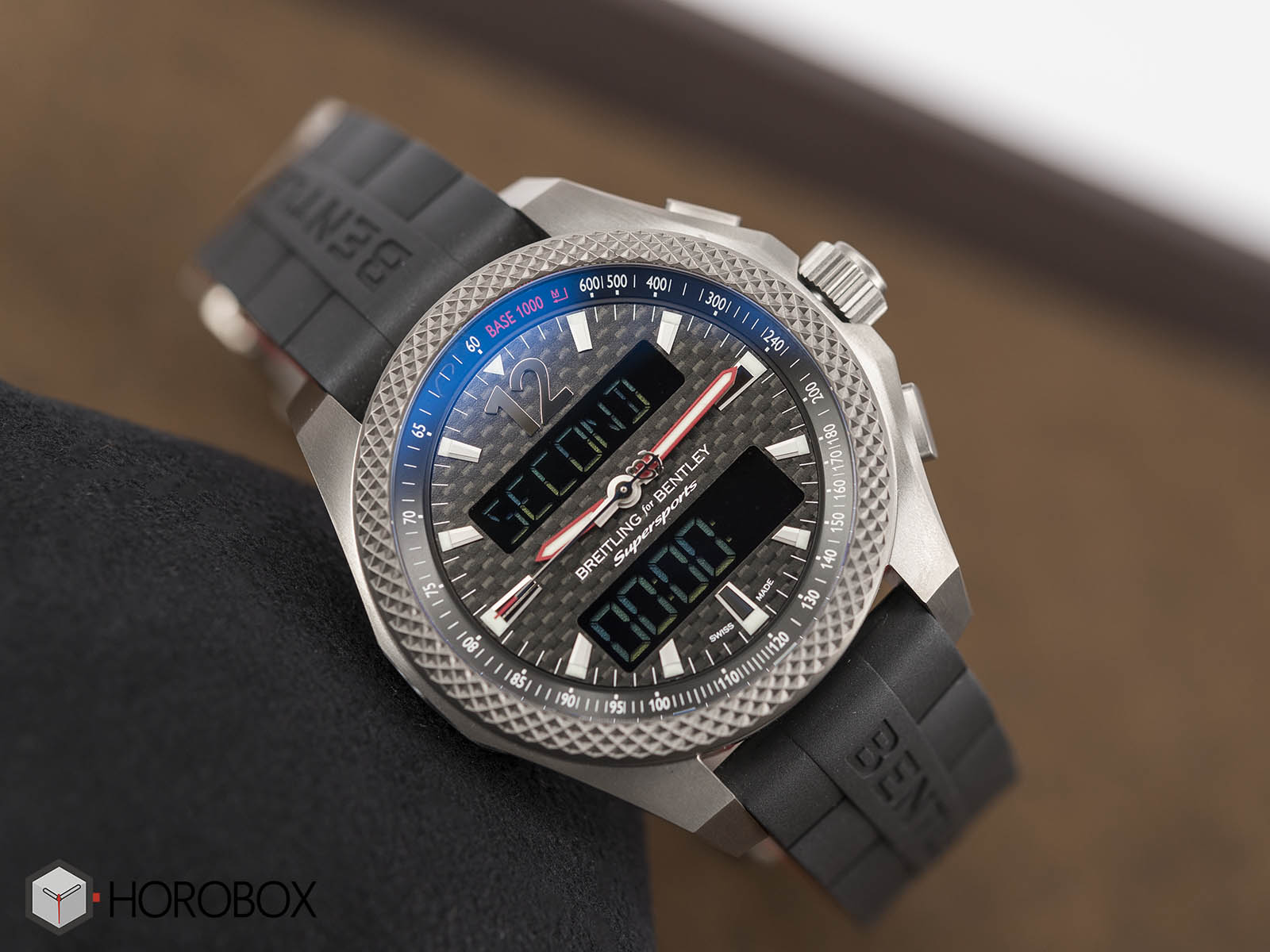 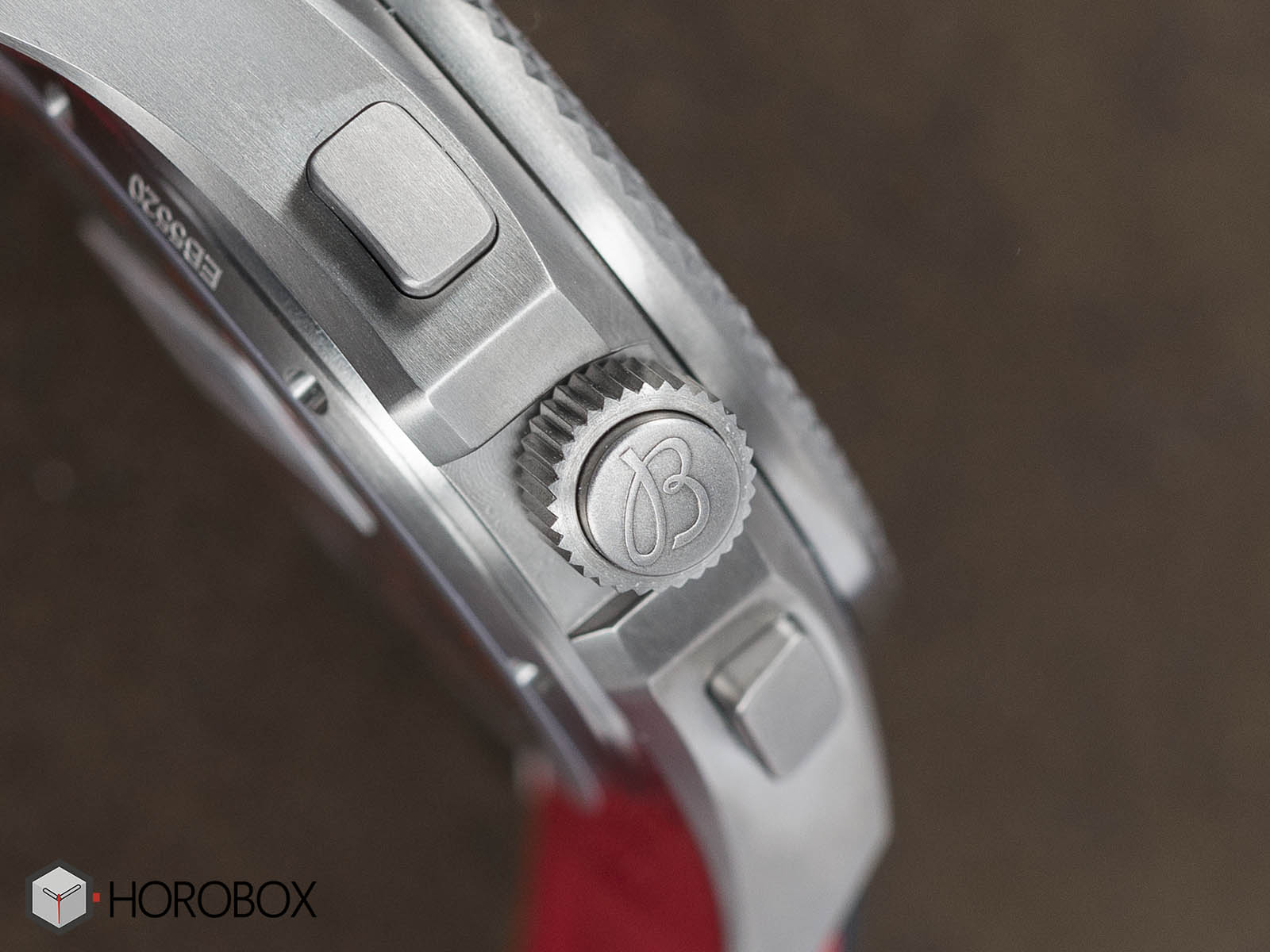 The dial is designed in classic Breitling lay-out which we are familiar from the brand’s other analog/digital combo models. There are two LCD displays with different dimensions located on each half of the dial. The displays have black backgrounds and a backlight illumination activated by a push on the winding crown or a simple move of the wrist. All hour markers are baton style except the 12 marker which is designed in big Arabic numerals. The sword-type hands have red accents which increases the legibility over the carbon fiber dial. 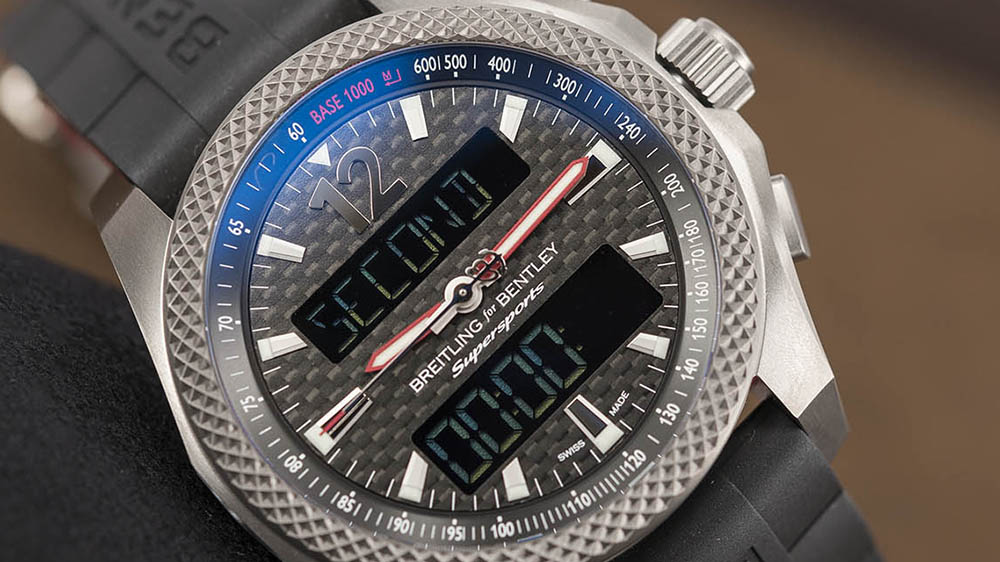 The model is powered by the brand’s high-tech marvel Caliber Ref. B55 which we are familiar with the Exospace B55 model. C.O.S.C. certified SuperQuartz movement offers 1/100sec chronograph, second time zone, 7 daily alarms, perpetual calendar with week display and battery charging indicator. In addition to those features, several modifications have been applied to the movement related with the Bentley partnership. There are three extra features which are Chrono Rally, Regularity Rally and Chrono Race functions that are able to provide a bunch of useful information for motor sports such as race start and end dates, lap times, top and average speed and penalties occurred during the race.   All these functions can be controlled by a smart phone thanks to the Caliber B55’s Bluetooth Low Energy connection. 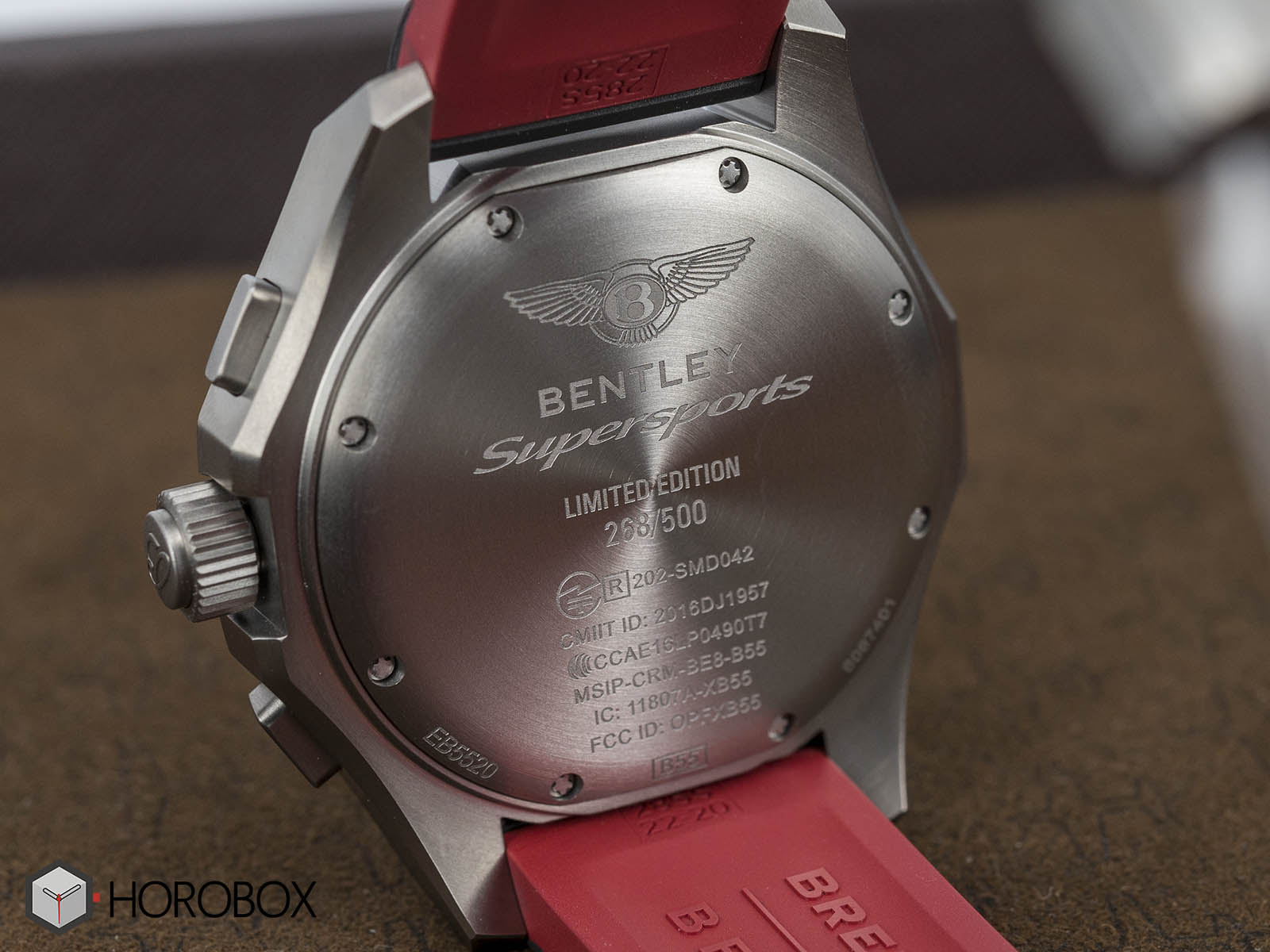 Breitling Bentley Supersports B55 comes on a black rubber strap that is exclusively designed for Bentley and a folding clasp made of titanium. The timepiece, which was prepared to commemorate the introduction of the Bentley Continental Supersports model, is produced for a limited span of 500 units and it is offered for 8.580,00 CHF. 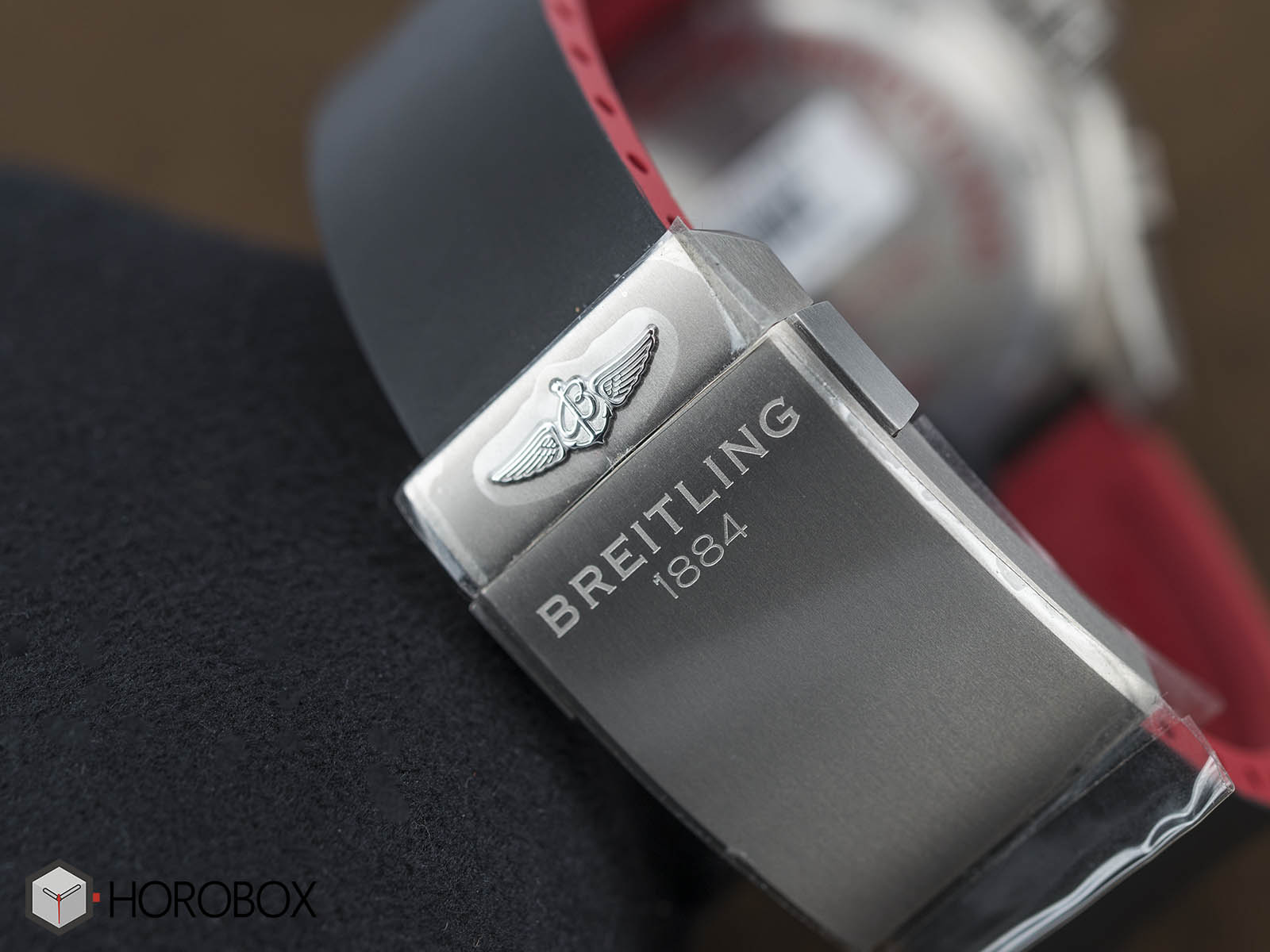 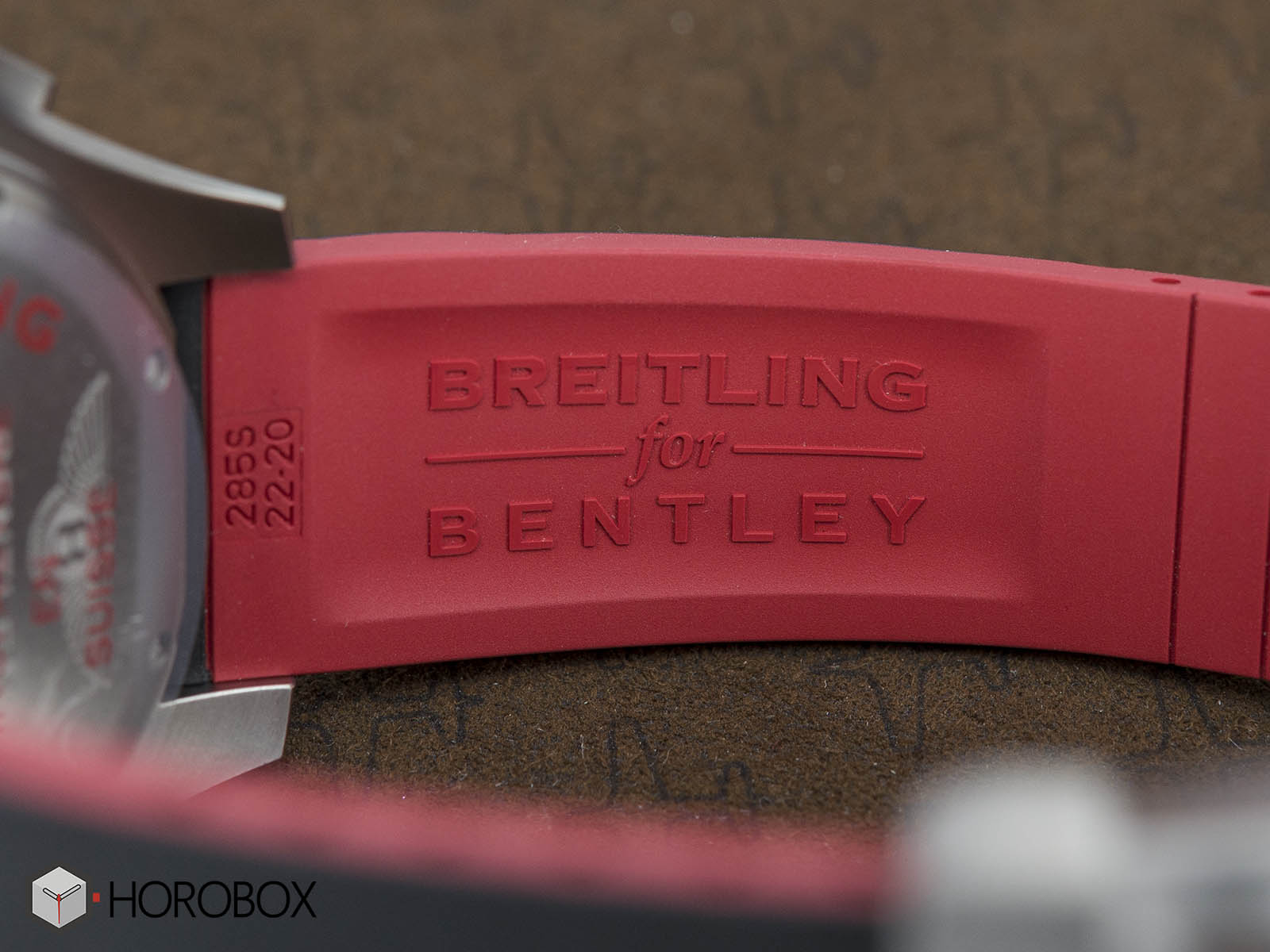 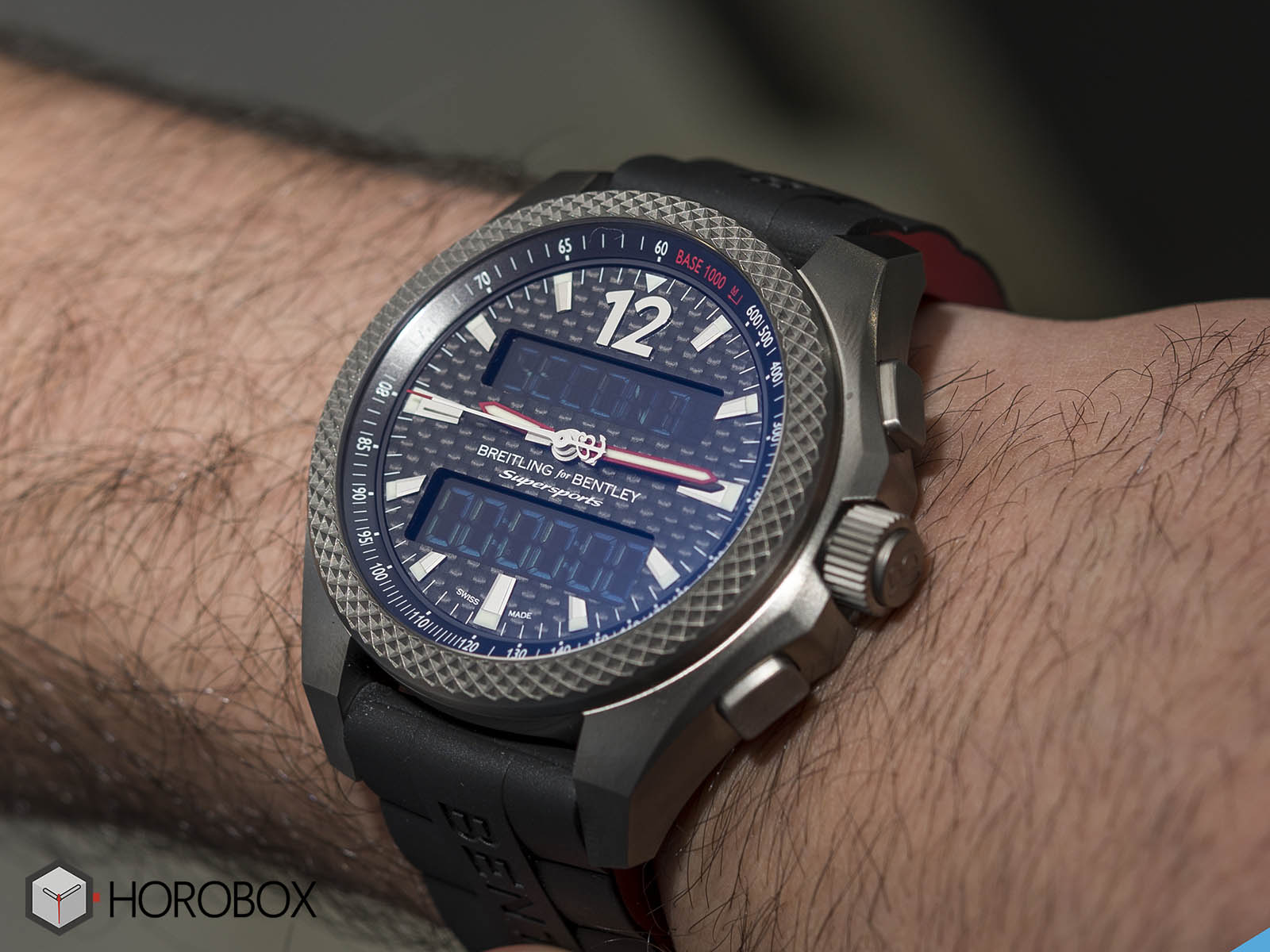