Glashütte Original from the German origin heavy hitters of the luxury watchmaking industry, in under the spotlight once again with its PanoMatic Counter XL model, which attracts attention with its unique counter feature. 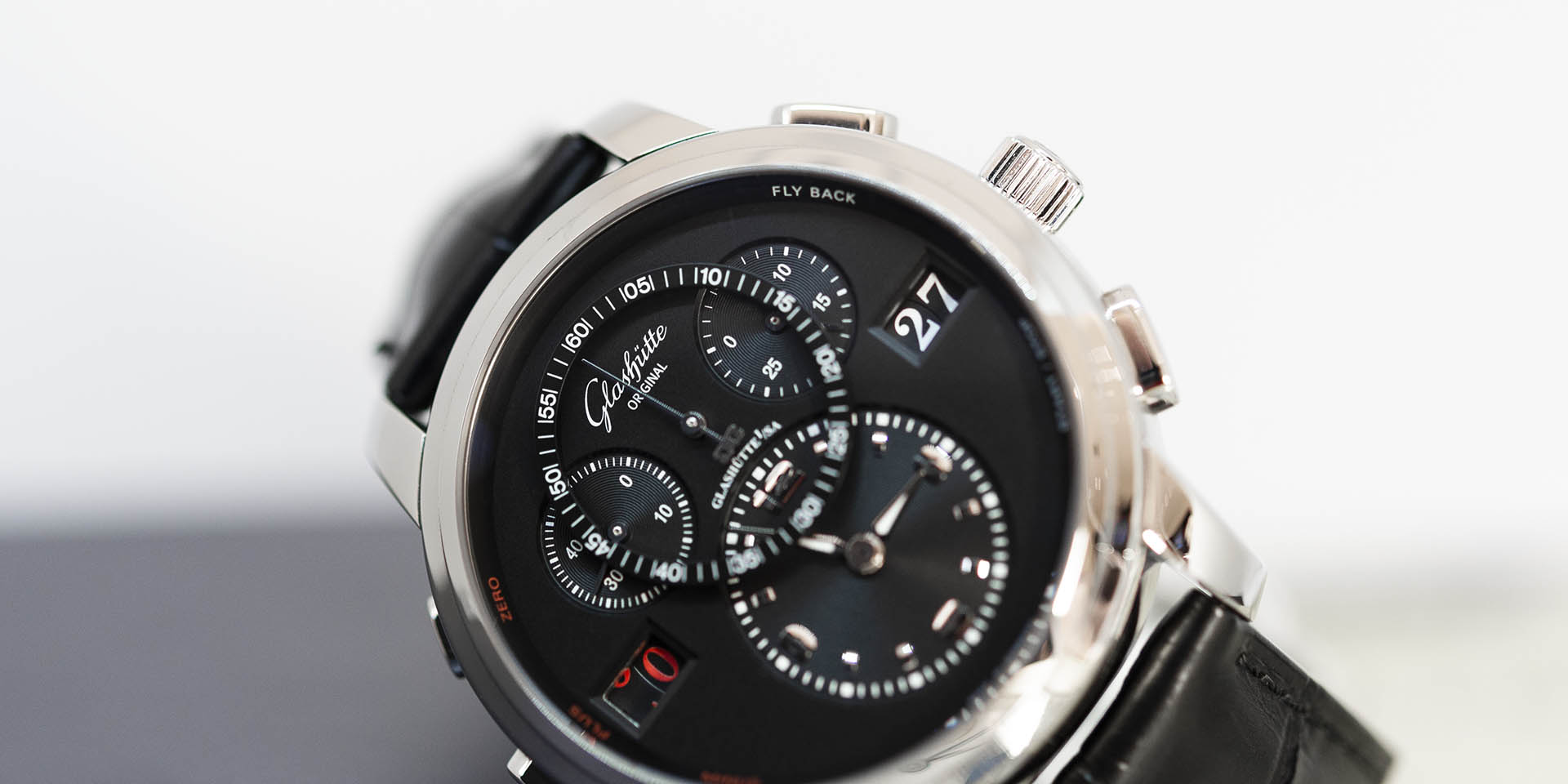 Continuing its activities under Swatch Group’s roof, Glashütte Original is one of the most important representatives of the German ecole in traditional luxury watchmaking. The model we have here is the PanoMatic Counter XL model, which has been presented to the likes of the watch enthusiasts in Baselworld 2010 and is well known for its interesting features as well as its relatively affordable price tag. 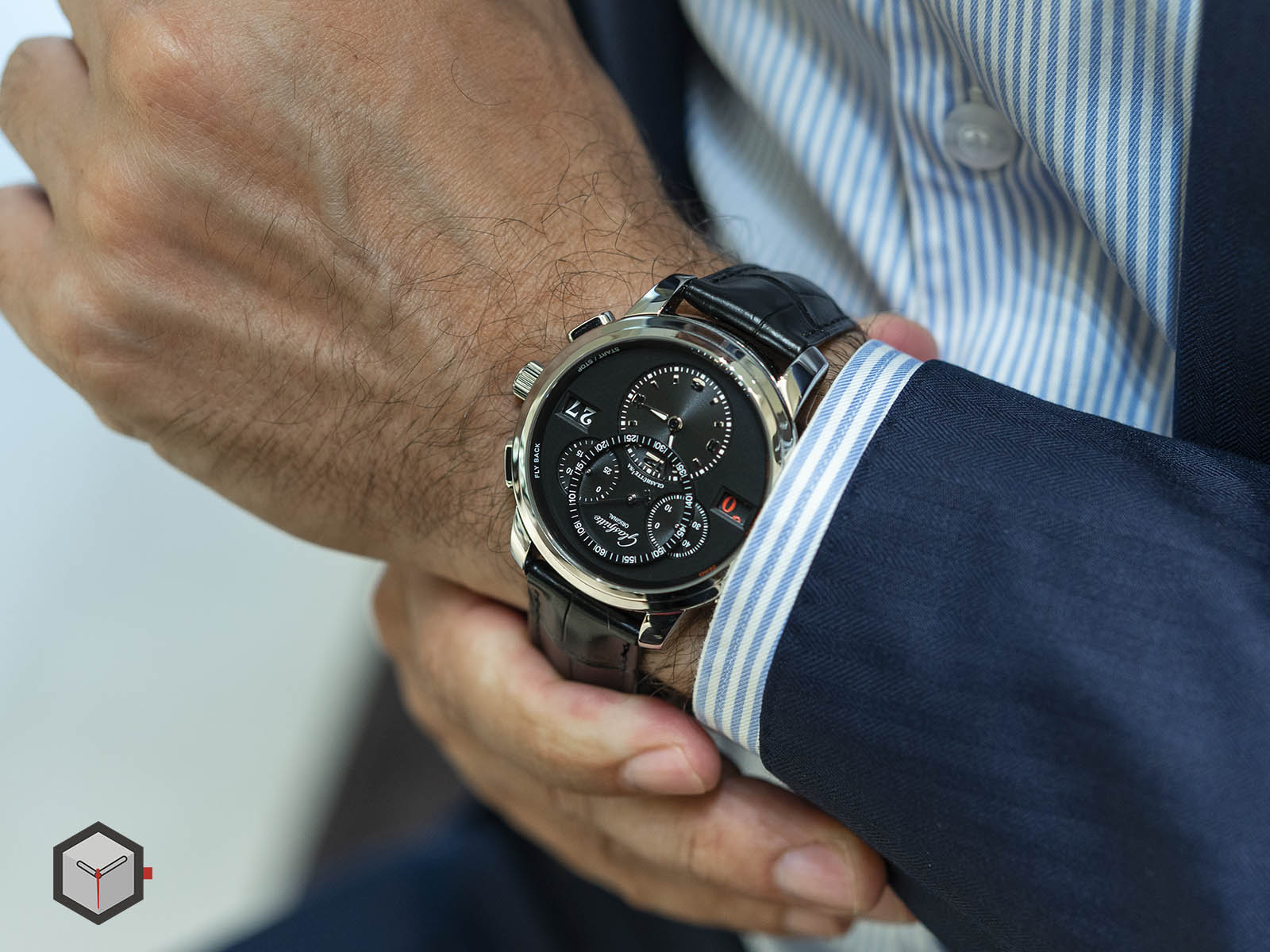 The model is offered in a stainless steel case, which is the main reason for its relatively affordable price tag, measuring 44mm in diameter and 16mm in height – in line with its era when oversized watches were pretty popular. The case is equipped with scratch resistant sapphire crystals on both sides and is water resistant to 50 meters / 5 bars, a reasonable value considering the model’s segment. There are a total of five pushers on the sides of the case accompanied by a double G logo winding crown. Despite its size, the case wears quite comfortably on the wrist thanks to its thick and angled lug design. 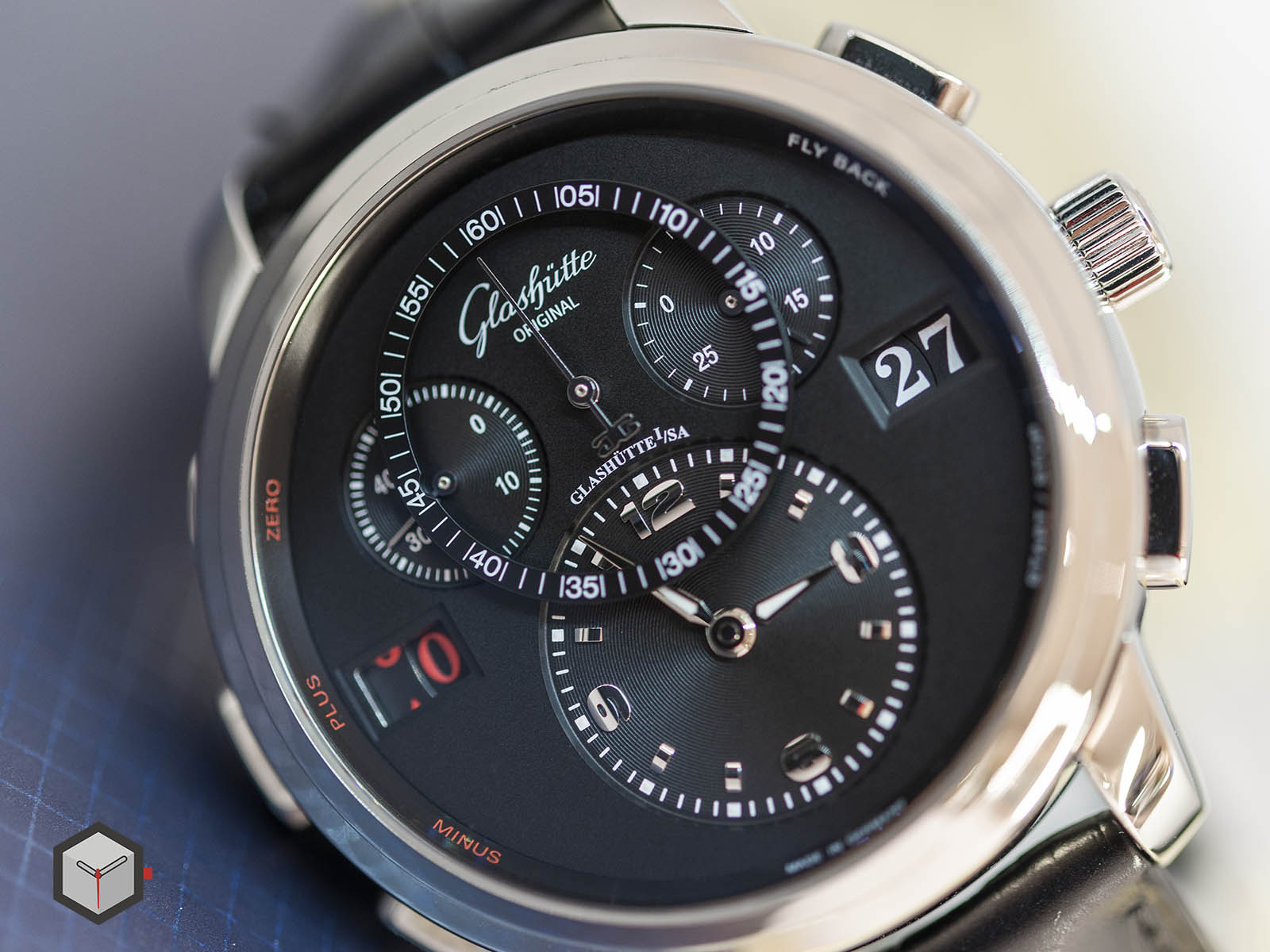 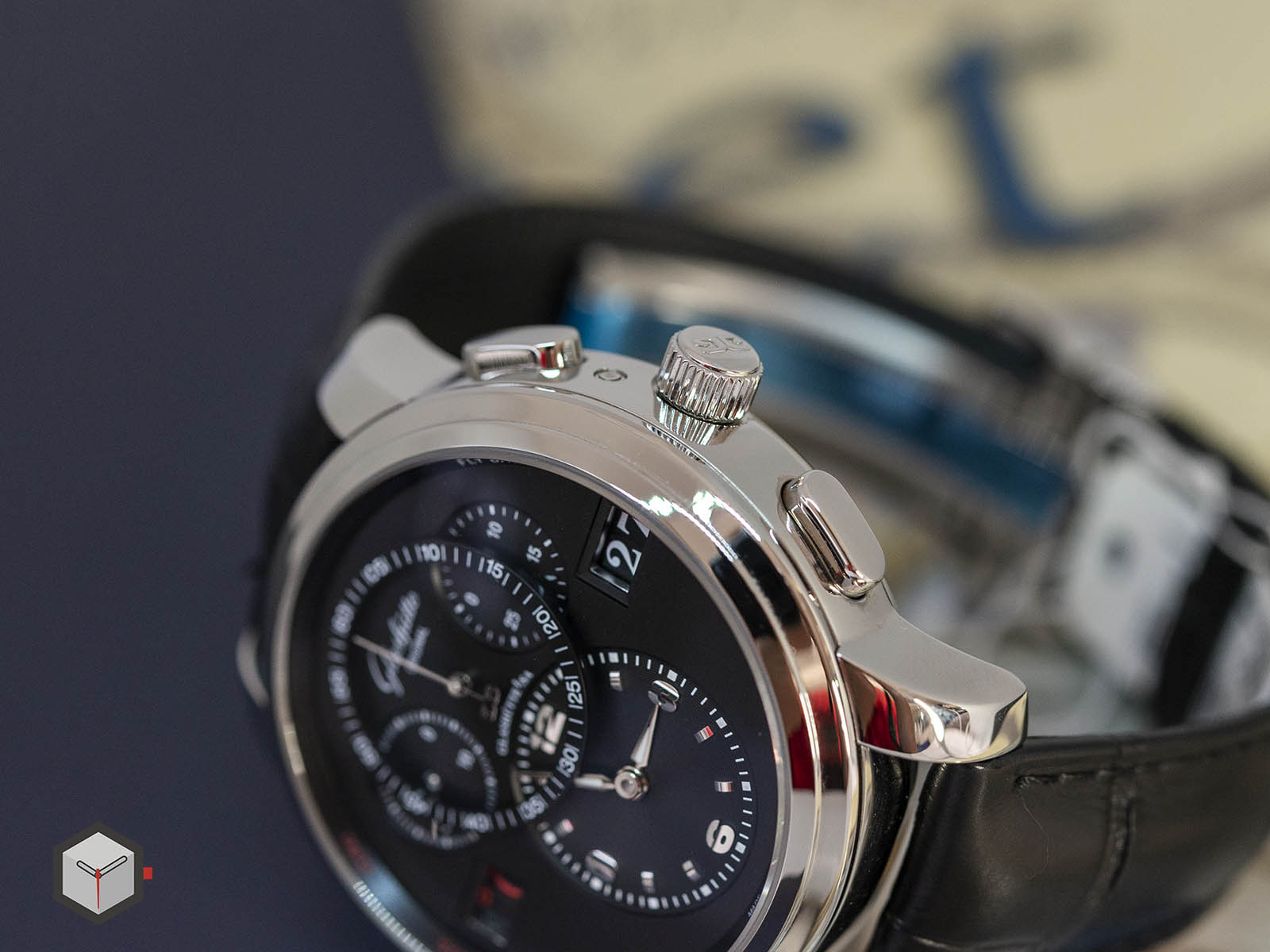 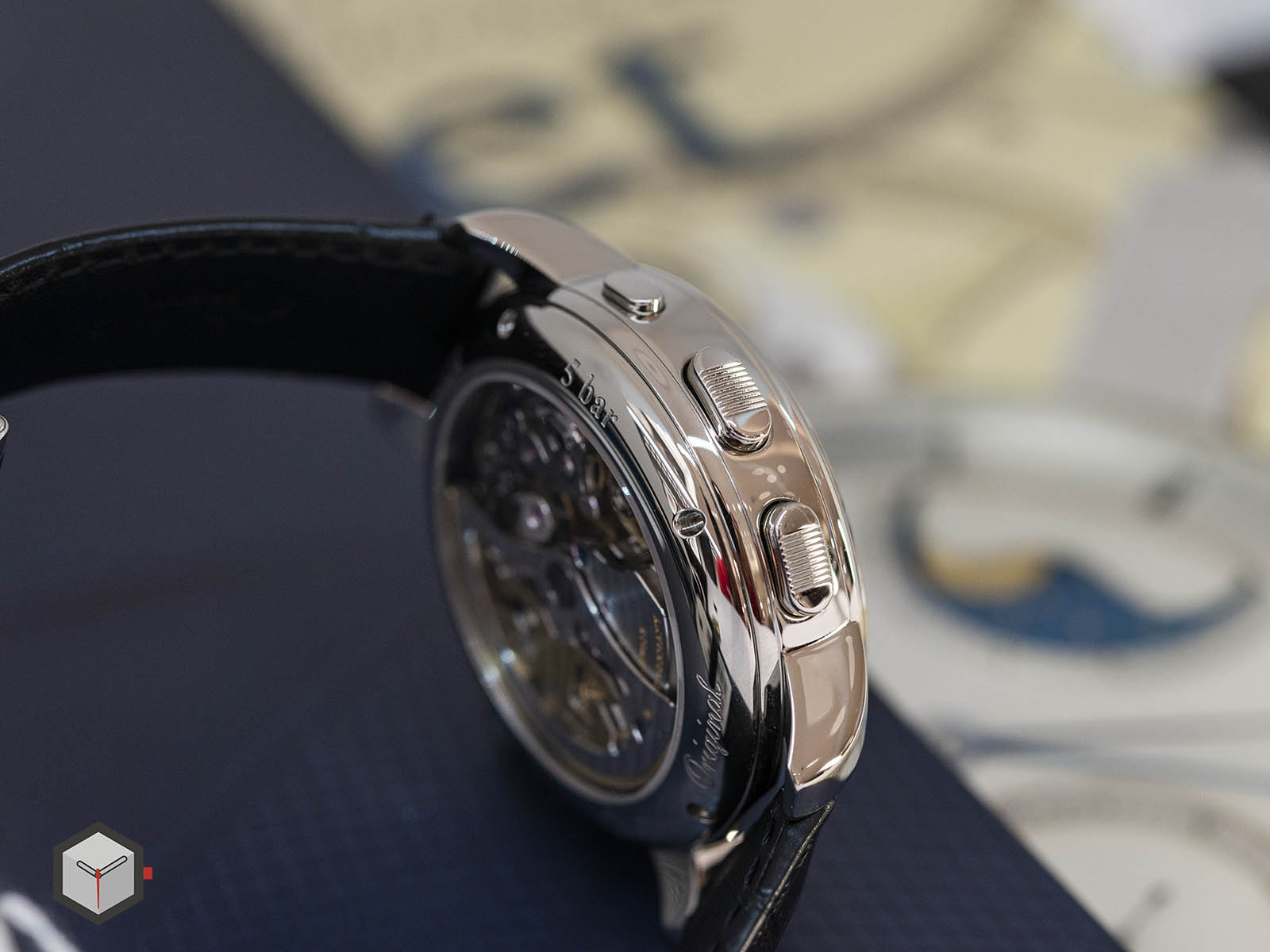 The most eye-catching detail of the model is its dial. The dial that is finished in black with matt and sun ray surfaces offers a stylish and functional look. Featuring details that are familiar to the watch enthusiasts who know about Glashütte Original models, the dial’s lay-out is very different from the conventional ones. Time is shown in hours and minutes via the large sub-dial located at 6 o’clock. Two-digit date display is placed at 3 o’clock. The other large sub-dial, which features the chronograph second hand, has a pair of small counters at each side. The one on the left is for small second function and the one on the right is the 30-minute counter. Although it is a great pleasure to watch, the 3D designed sub-dial with the chronograph second hand partially obstructs reading of the sub-counters.

The second double-digit display at 9 o’clock is directly dedicated to the model’s counter function. Due to its double-digit structure, the indicator can operate with values ??between 00-99. The pusher at 4 starts and stops the chronograph and the one at 2 operates the Flyback function and resets the chronograph to zero when it is fully stopped. I am aware that for many watch enthusiasts, this is an unusual feature. But personally I think it’s fun… Even cool. Purists, please keep your “It’s not useful…” type of comments to yourself. There is a complication called Equation of Time by the way, have you ever heard about that? 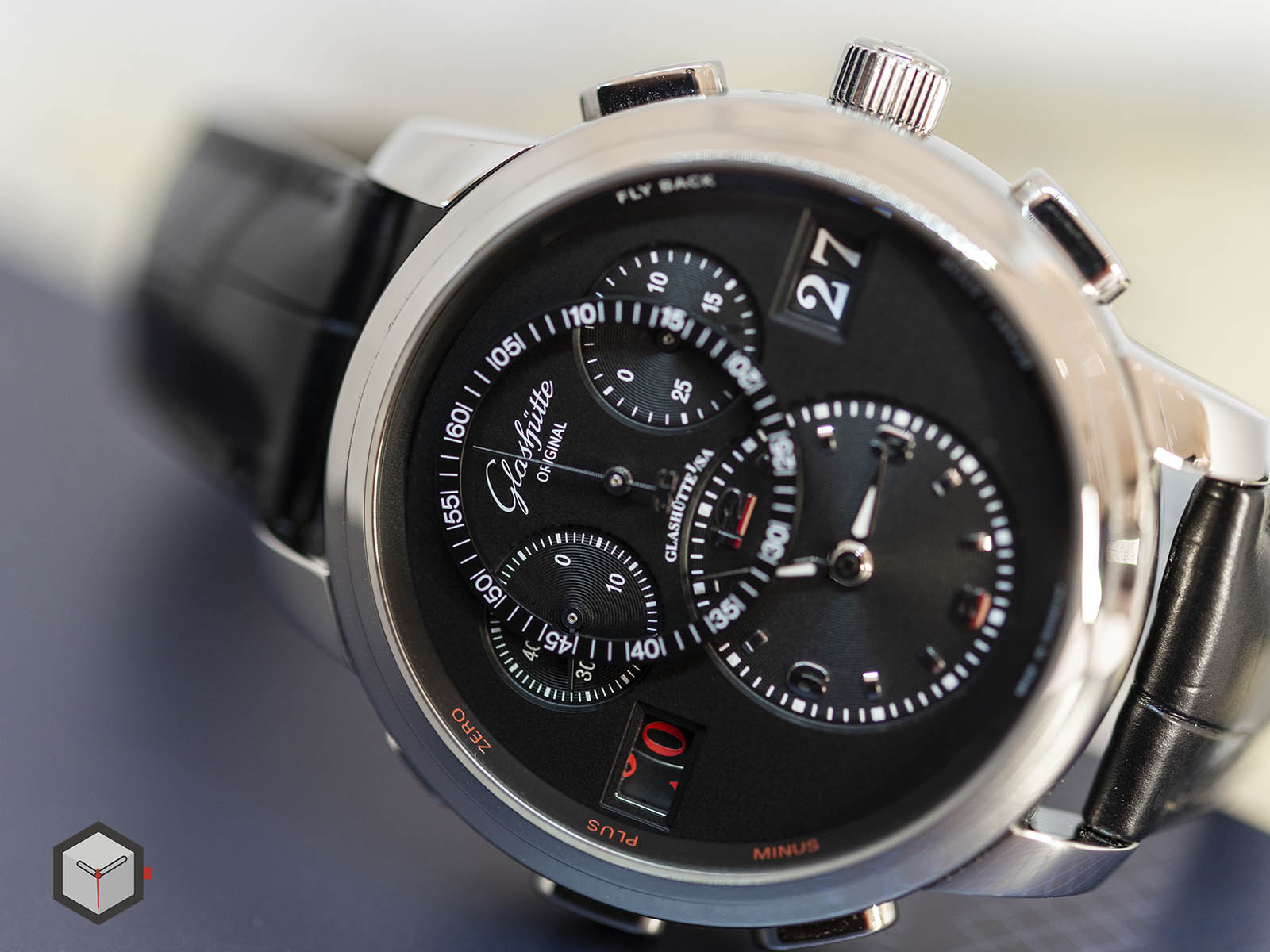 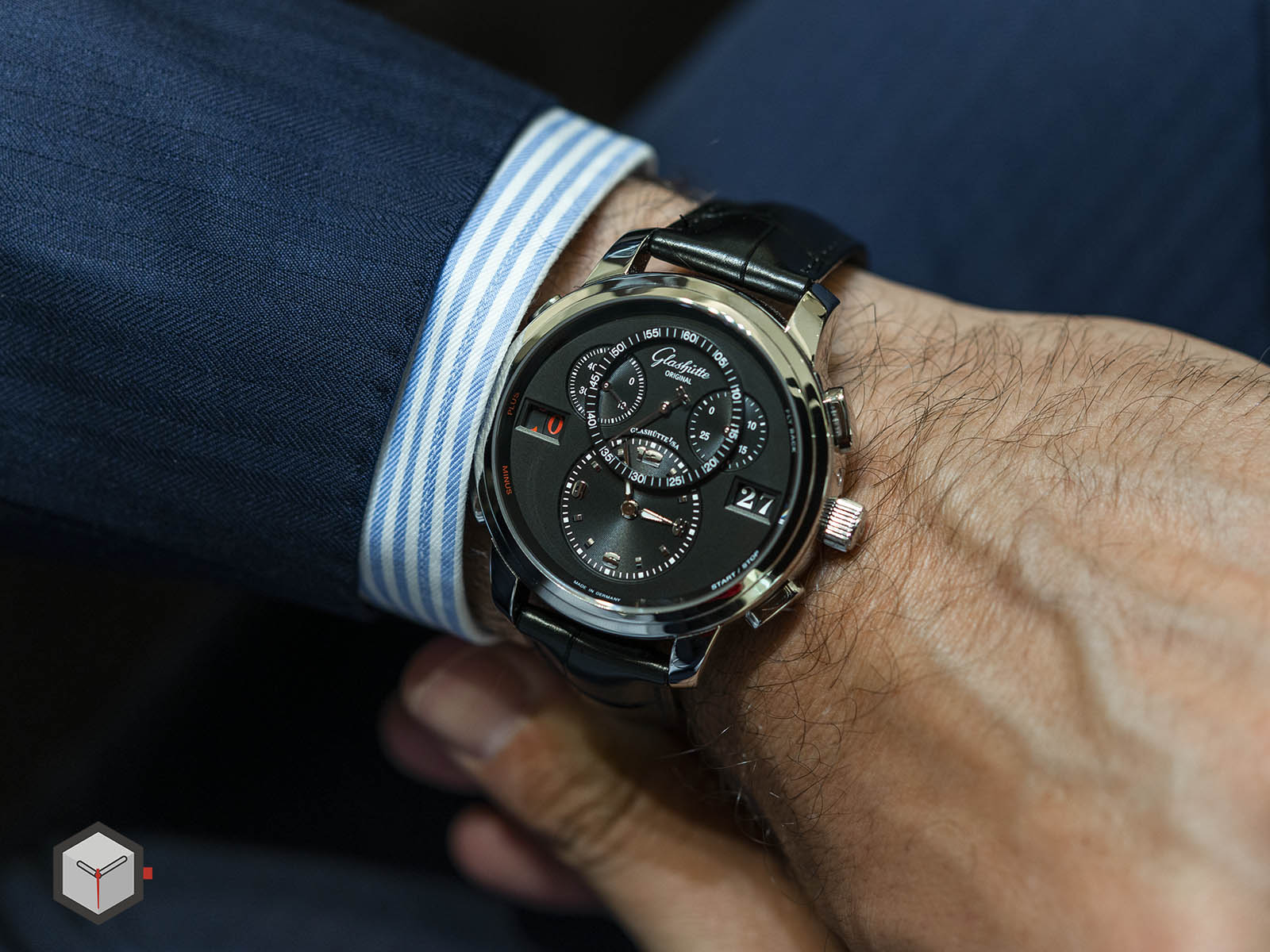 “Glashütte Original PanoMatic Counter XL is powered by the manufacture Caliber Ref. 96-01. 72 jewels self-winding movement is composed of 584 parts (217 of them are related to the counter function). The movement beats at a frequency of 4Hz (28.800vph) and offers 42 hours of power reserve when fully wound.” 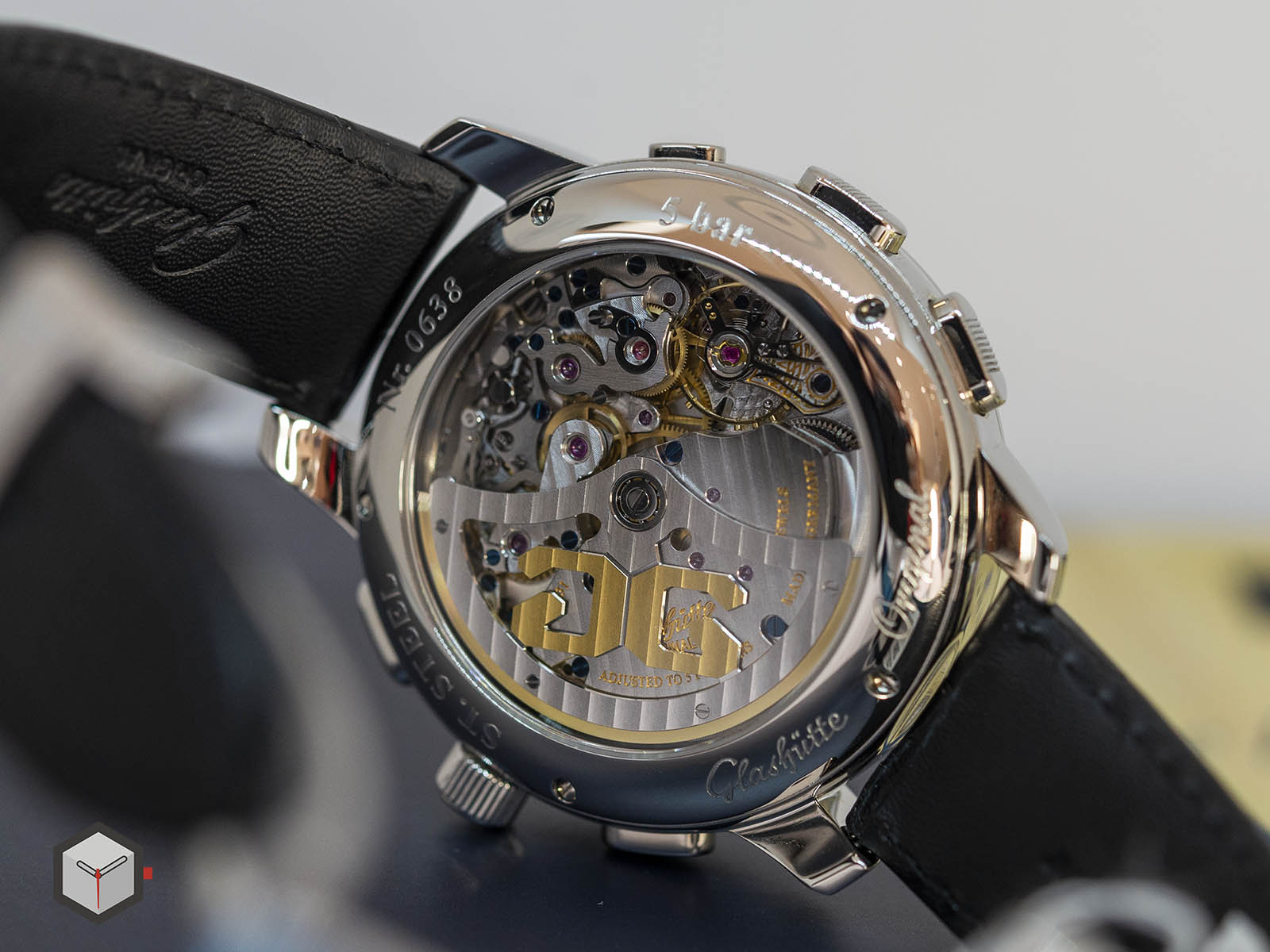 The model comes on a black Louisiana alligator strap that is secured by a double G signed folding clasp made of stainless steel. MSRP for the model is € 20.250. 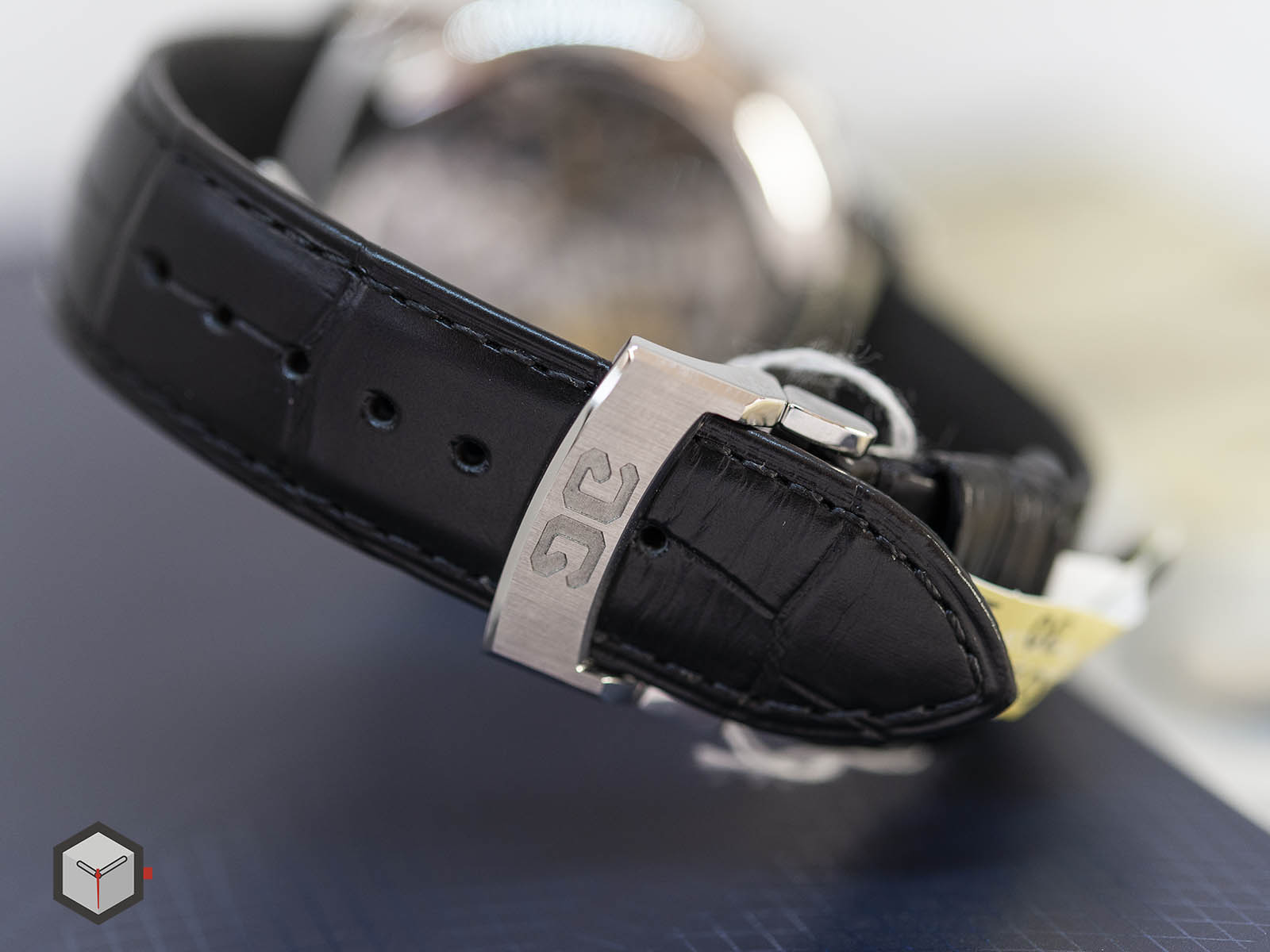 Generally speaking, I like the model. I was never a big fan of Big Date style displays, regardless of the brand. However, I did not feel any discomfort for the ones in Glashütte Original PanoMatic Counter XL possibly due to the symmetry of the dial and the black background of the display disks. Another asset of the model is hefty feel of the case that reminds me the era when there were a lot more years to the battle of Ultra-Thin watches.