Hamilton from the American origin brands of the world of watches celebrated the 60th anniversary of its iconic model Ventura this year. We have picked the Ventura Classic Denim Large model for our review out of the new Ventura models introduced at the Baselworld 2017 exhibition. 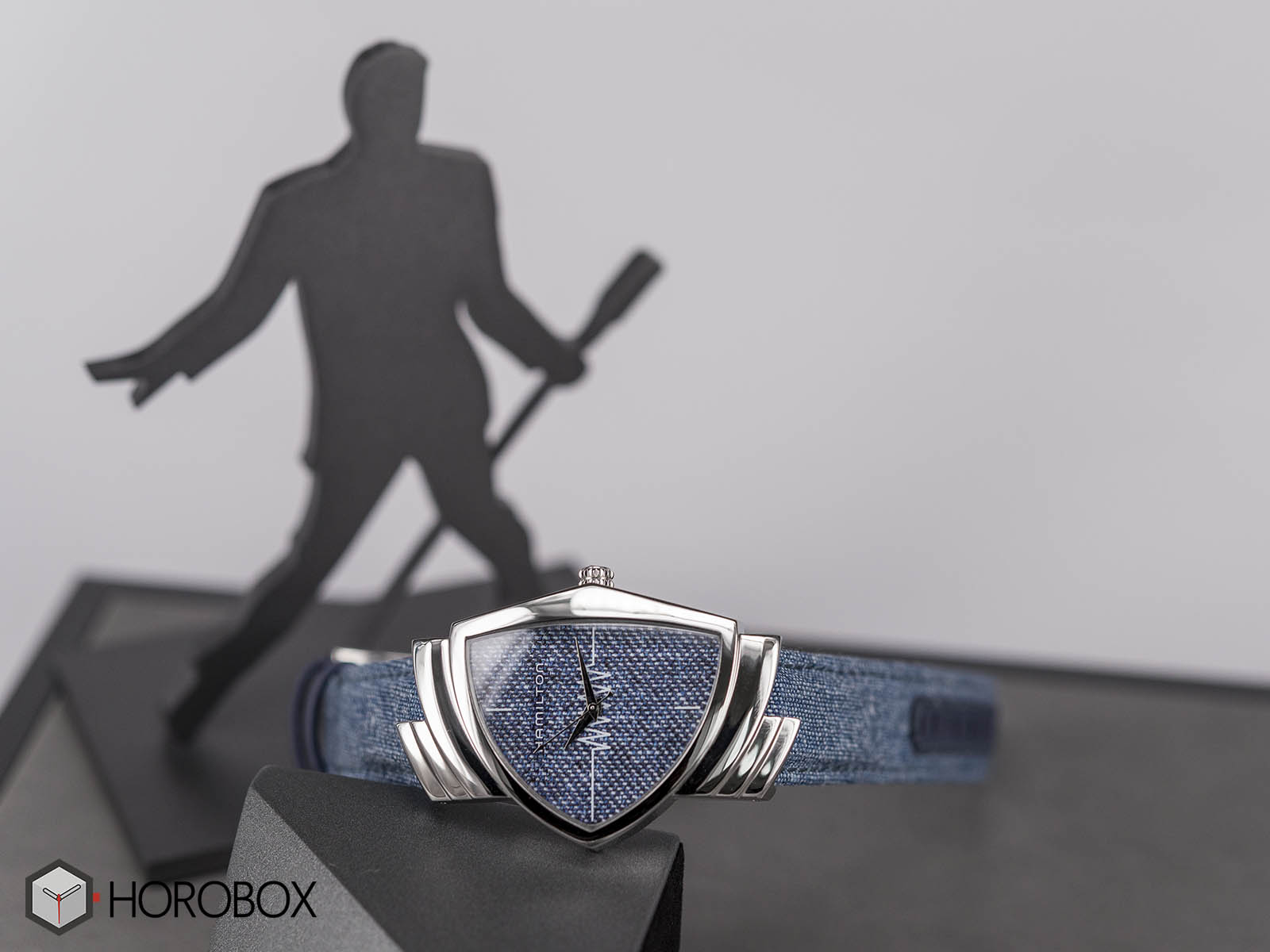 Ventura is a very important model for both Hamilton and the world of watches. Introduced for the first time in 1957, Ventura was the first battery powered electric wristwatch. The iconic model, sculpted into memories of watch aficionados with its futuristic design and photographs displayed on the wrist of Elvis Presley, celebrated its 60th anniversary this year. Hamilton, who designed three different versions for this special occasion, was the guest of our review with the Classic Denim Large model. 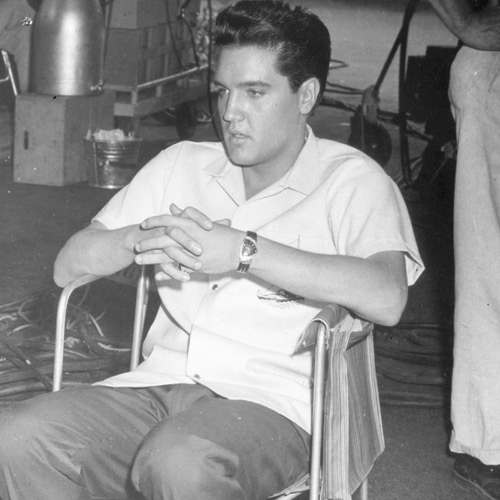 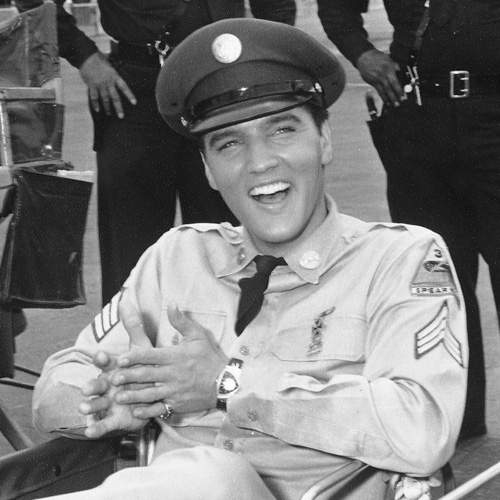 The Hamilton Ventura Classic Denim Large, like the other versions in the collection, has a design that has been largely faithful to the original model. The characteristic Ventura style case is available in two different versions, which are separated from each other by size. The version we chose for our review comes in a 32.3mm x 50.3mm case. The same model also has a small (24mm x 36.5mm) version as well. Obviously, it is not possible to make a distinction as men’s and women’s for such a unique design like the Ventura. In fact the original model, designed as a men’s watch in 1957, is quite small in today’s standards. On the other hand, the model we have here for our review, which is labeled as large, is sized quite normally for a women’s watch of today. 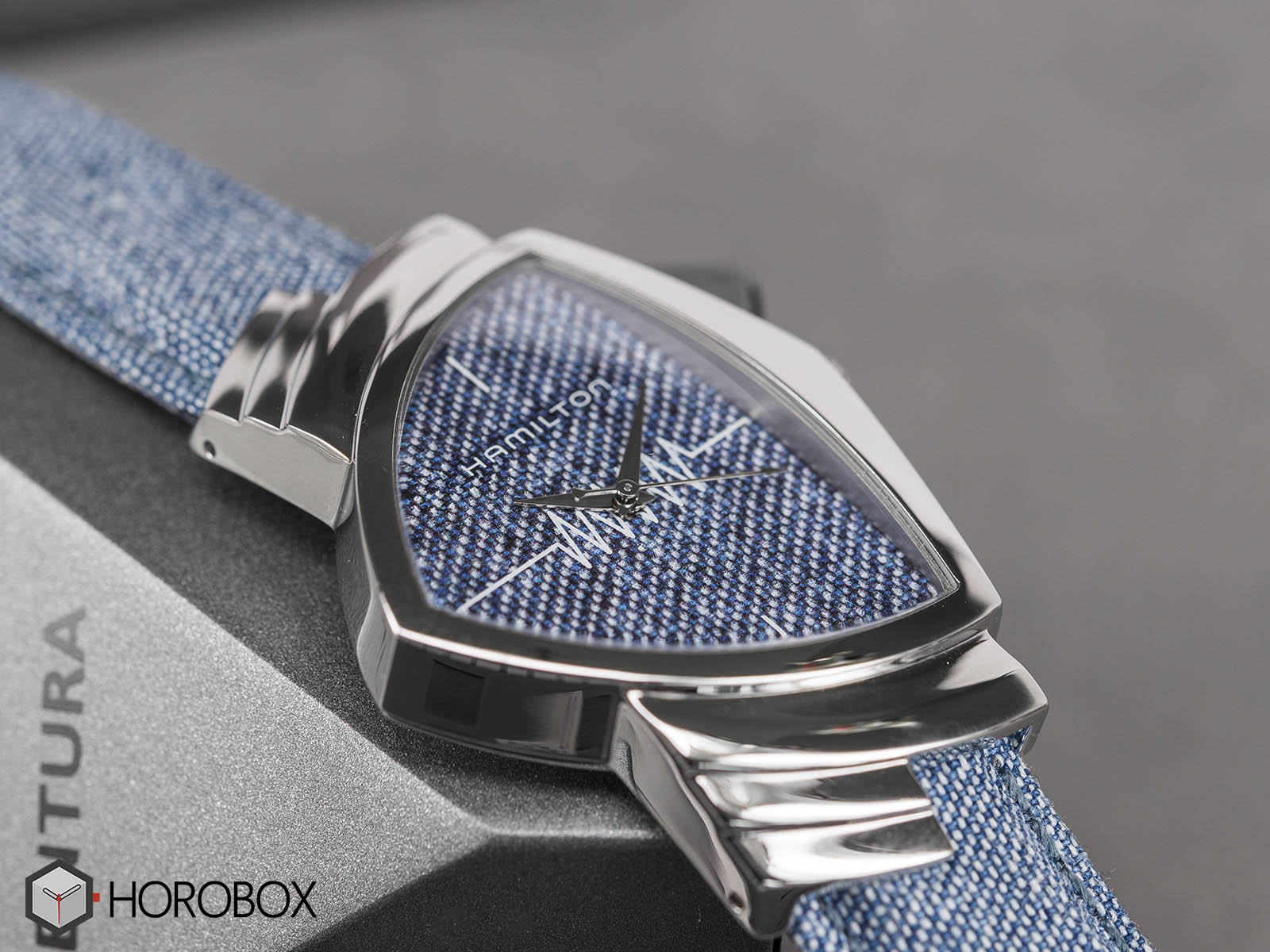 The model’s case is made of stainless steel with mirror polished finish that is almost identical to the original version debuted in 1957. The caseback is the only part that has the satin brushed finish. There is a mineral crystal on the front face. Actually, it is hardly true to me that a brand bearing the Swiss Made label still uses mineral glass. In addition, the current Ventura collection already features sapphire crystal glass models. I do not have any idea about the cost effect of a sapphire crystal upgrade, but I think making it standard in all models would be a better choice in terms of brand and model prestige. 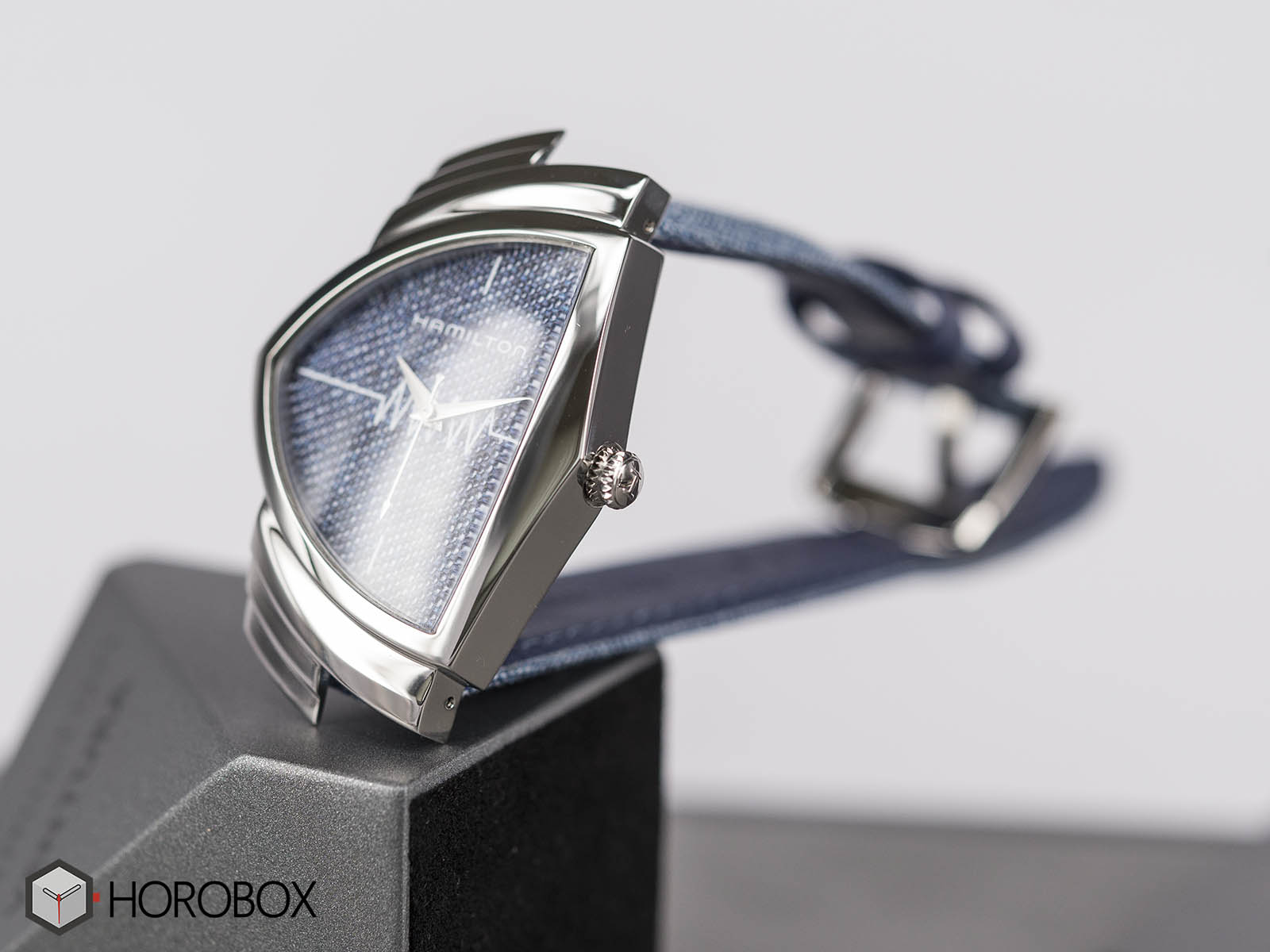 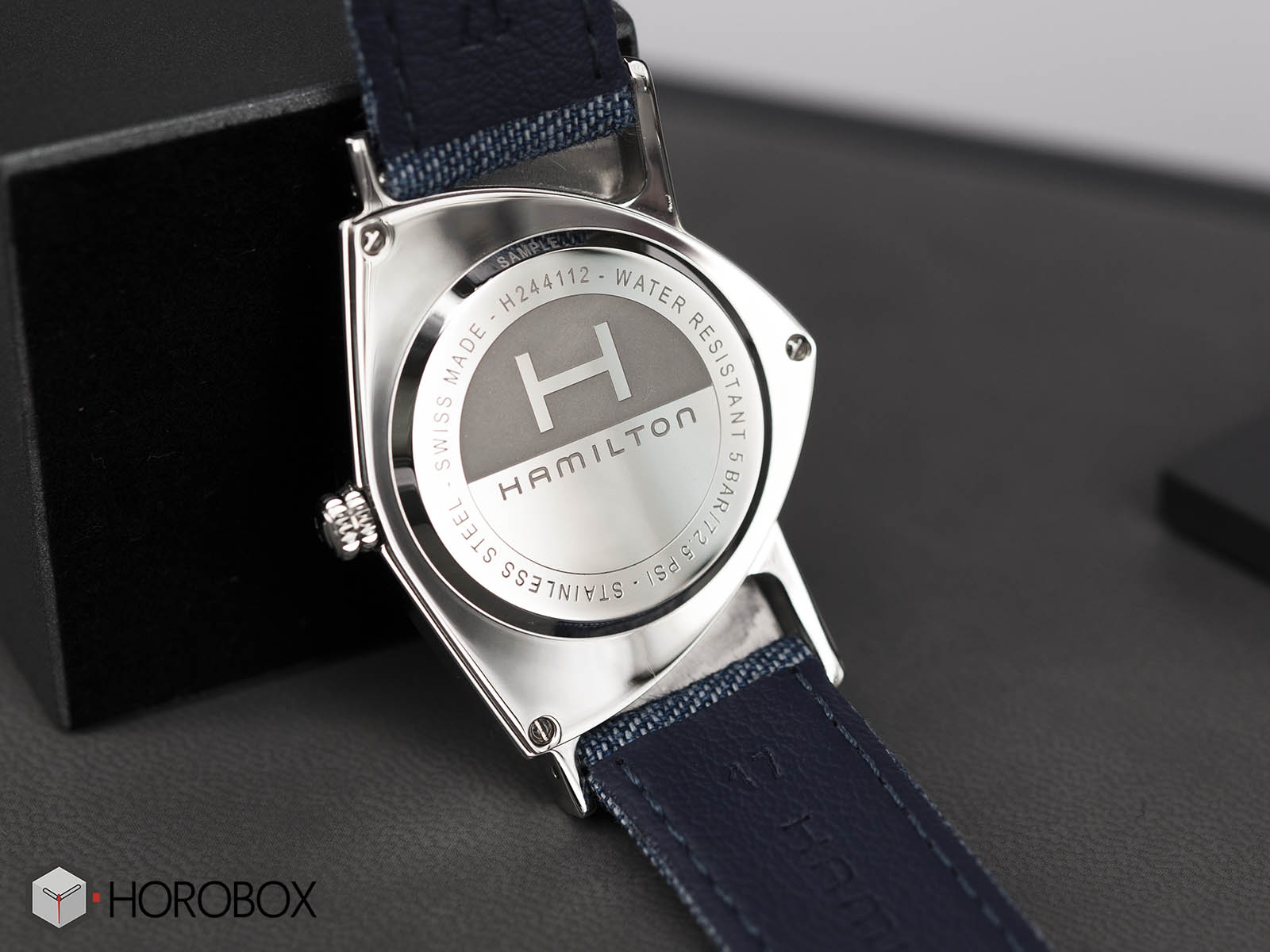 The most distinguishing feature of the model is the Denim (Jean) material, which also finds itself in its name. Hamilton, who used that material both in the dial and in the strap, managed to create a quite different and successful style. For a model introduced towards the end of the 1950’s, I think it is a very creative idea to make a design inspired by Denim cloth. Whether you mention chronological harmony in the popularity of Hamilton Ventura and Denim or think that both concepts are true American Classics, they go together pretty well. 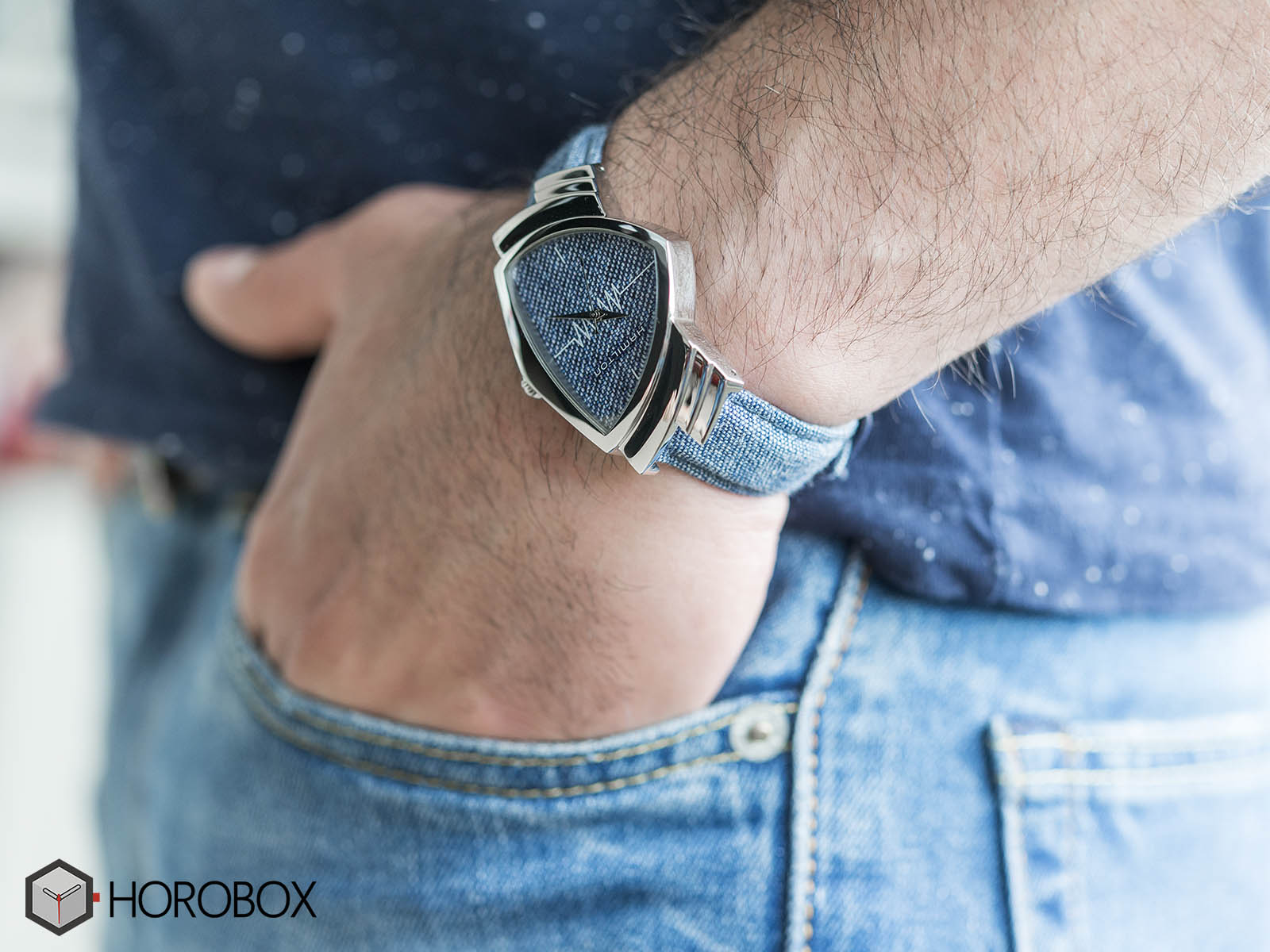 The dial of the Hamilton Ventura Classic Denim Large model features the Denim pattern applied by 3D printing technique. I am sure that there will be readers who would say a dial made of genuine denim would be better, but considering the viability and cost 3D printing was not a bad choice at all. The "resistance" symbol that tributes to the model’s “the first battery powered electric wristwatch” title looks pretty cool on the dial. The lack of clearly laid-out hour and minute markers affect the legibility in a negative way but, for a timepiece with such a stylized dial, military watch legibility should not be expected. 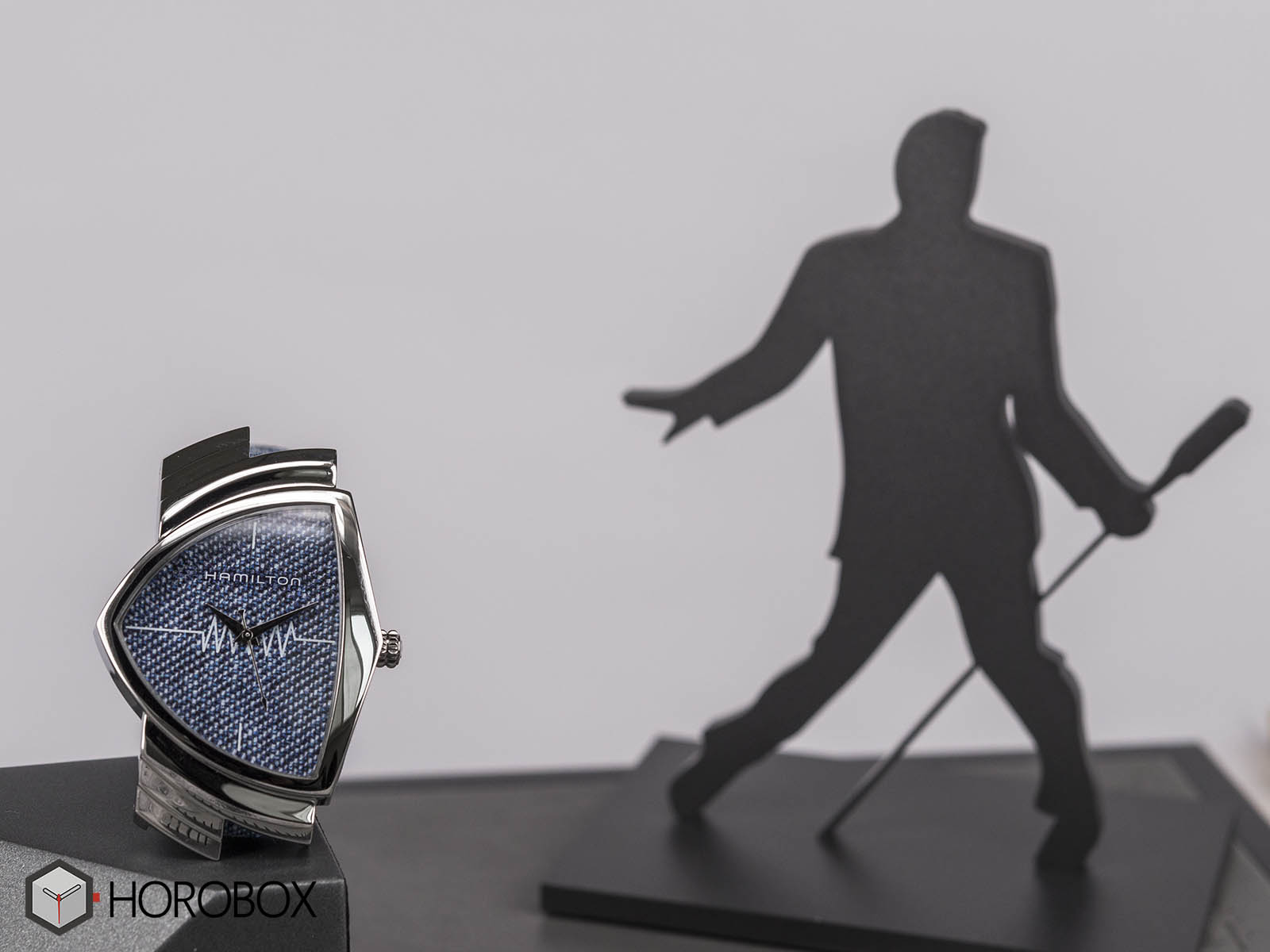 The strap is the other part of the Ventura Classic Denim Large model that features the Denim concept. Designed from real Jean fabric, the strap offers a very coherent image with the dial. The strap, which is accompanied with a Hamilton signed pin buckle made of polished stainless steel, features blue leather in areas which are exposed to wear like the lining and the holes. 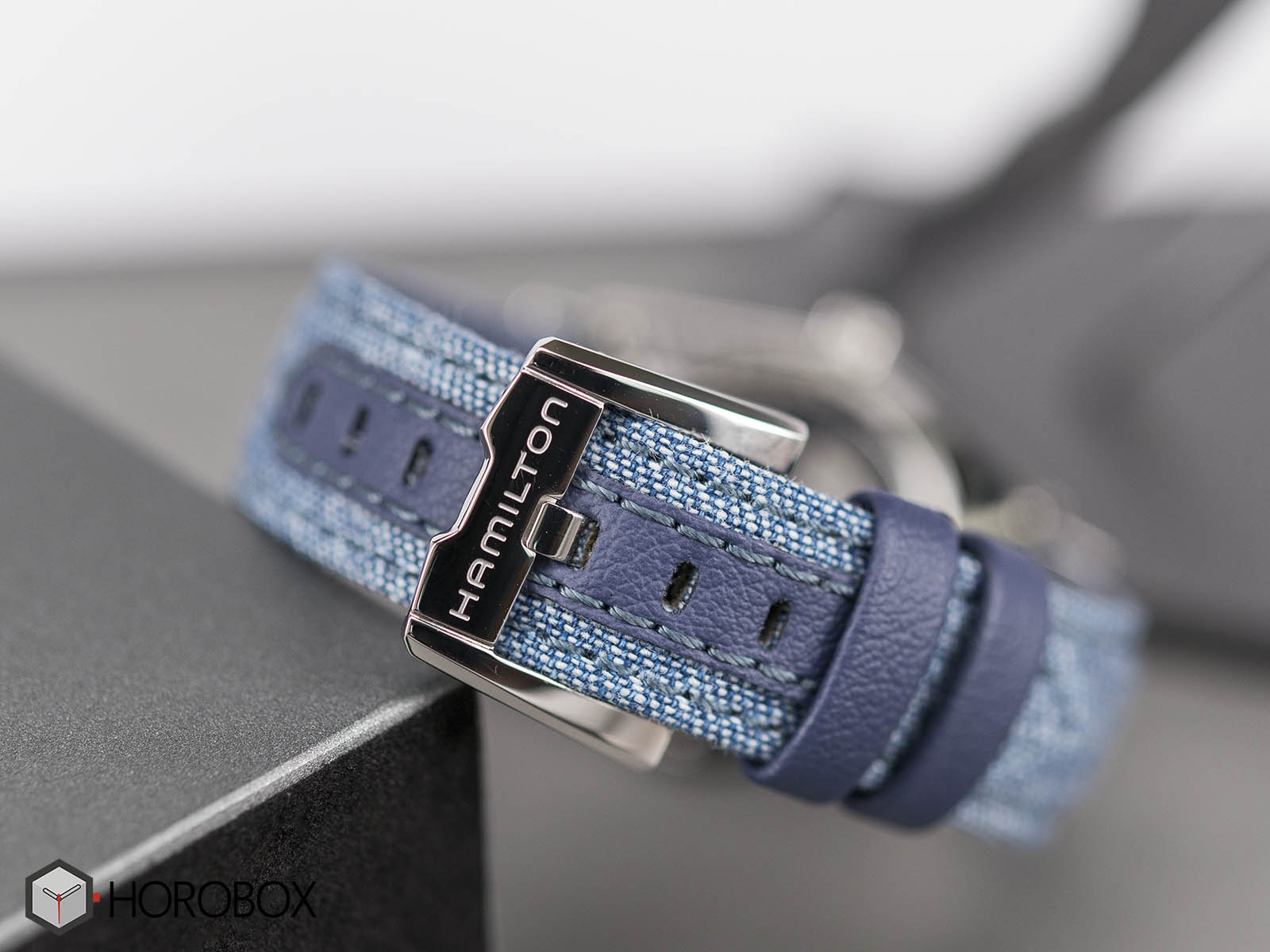 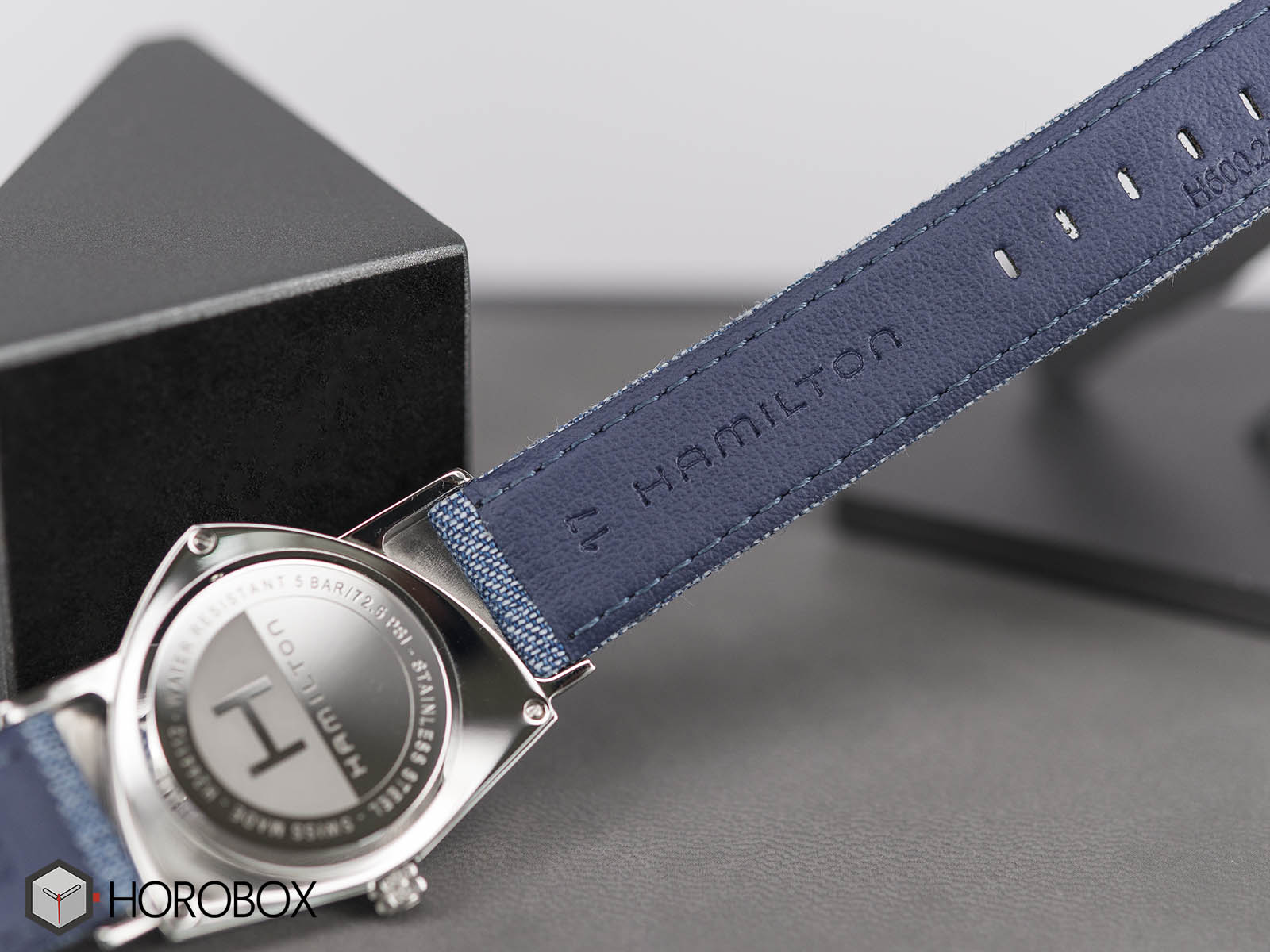 As I mentioned at the beginning of my article, Ventura is a very important model for both Hamilton and the world of watches. Being able to purchase an iconic watch, which has been truly innovative in both design and features when it has been introduced, with Swatch Group technology and quality is a great opportunity today especially considering the model’s absolute loyalty to its original design that dates back to 1957. If you want to add an extra ordinary timepiece to your collection or simply want to have a retro-designed watch which has been around long before the concepts of Re-Issue and Heritage, which are nowadays dominating the industry, Hamilton Ventura is definitely the perfect choice. 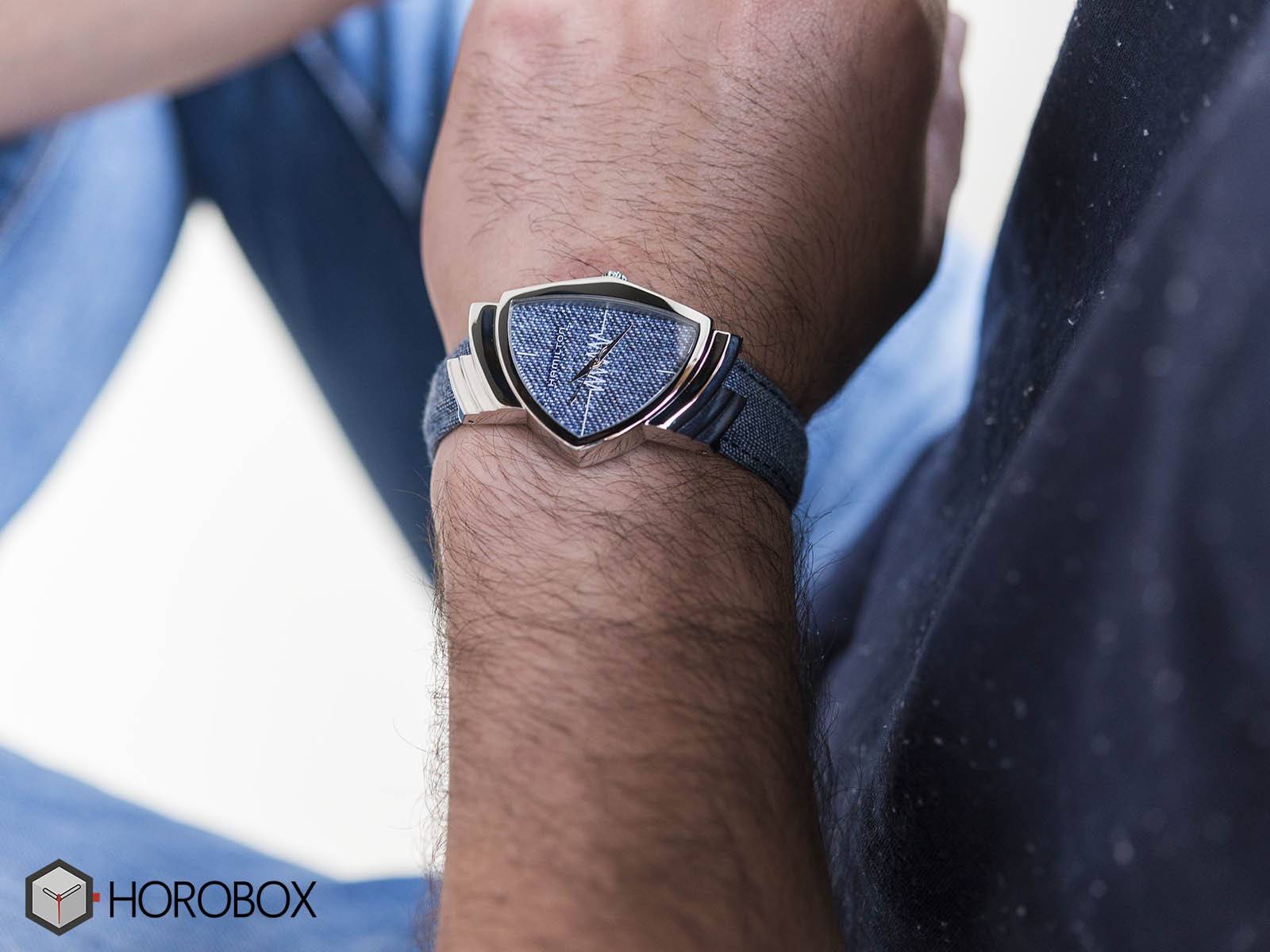