At Baselworld 2014 they introduced this re-issued model with high historical significance, the Heritage 1935. The timepiece is based on a special military watch that was made for Czechoslovakian pilots.

Despite the fact that most brands are trying hard to grant some vintage appeal to their watches, not many of them succeed to bring something original.

This being said we really think that this is a solid watch that actually turned out very well in this whirl of re-issues and vintage designs.

Before we get our hands on this timepiece allow us to talk a little bit about the original Czechoslovakian version. 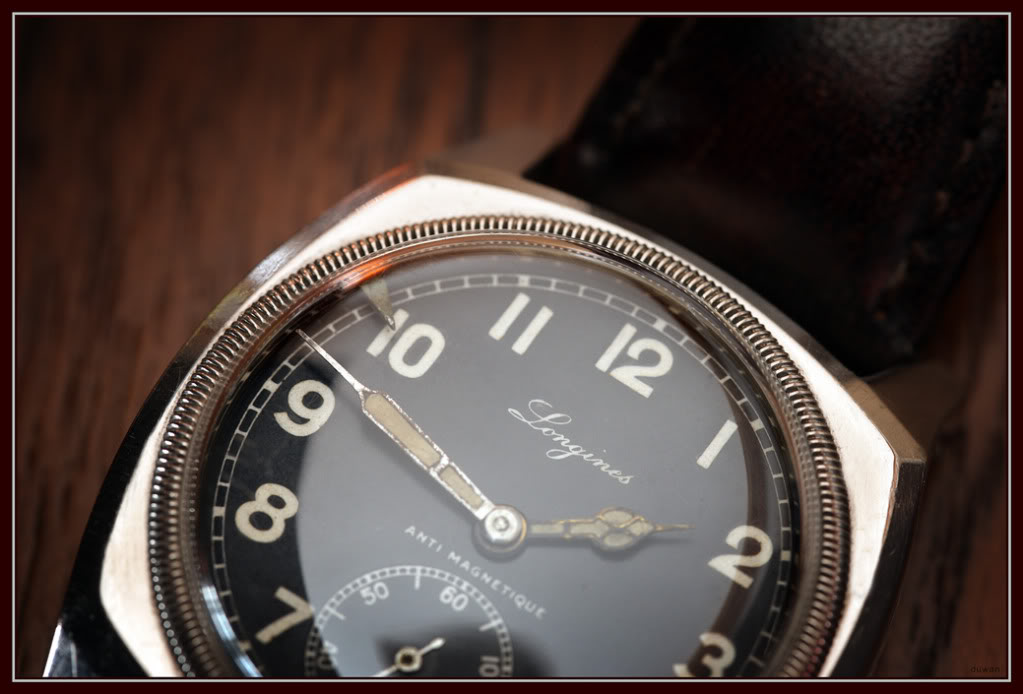 Between the l. and ll. World War a number of watch companies manufactured watches for military usage. Among the most famous ones was certainly the B – Uhr, a pilot’s watch designed by one of the infamous German watch manufacturers Glashütte Original or A. Lange & Söhne.

This design is very much appreciated by watch lovers and is still manufactured in some updated versions.

In this important period Longines did not remain indifferent and started to make their very own designs. Among these was a very special one made for the Czechoslovakian Air force, which is regarded as one of the holy grails of vintage Longines, the “Majetek Vojenske Spravy”.

The watch was developed during the late 1920’s and became an essential equipment for the Czechoslovakian Air force by the mid 1930’s.

After 80 years they still keep their desirability and strong appeal both aesthetically and mechanically. 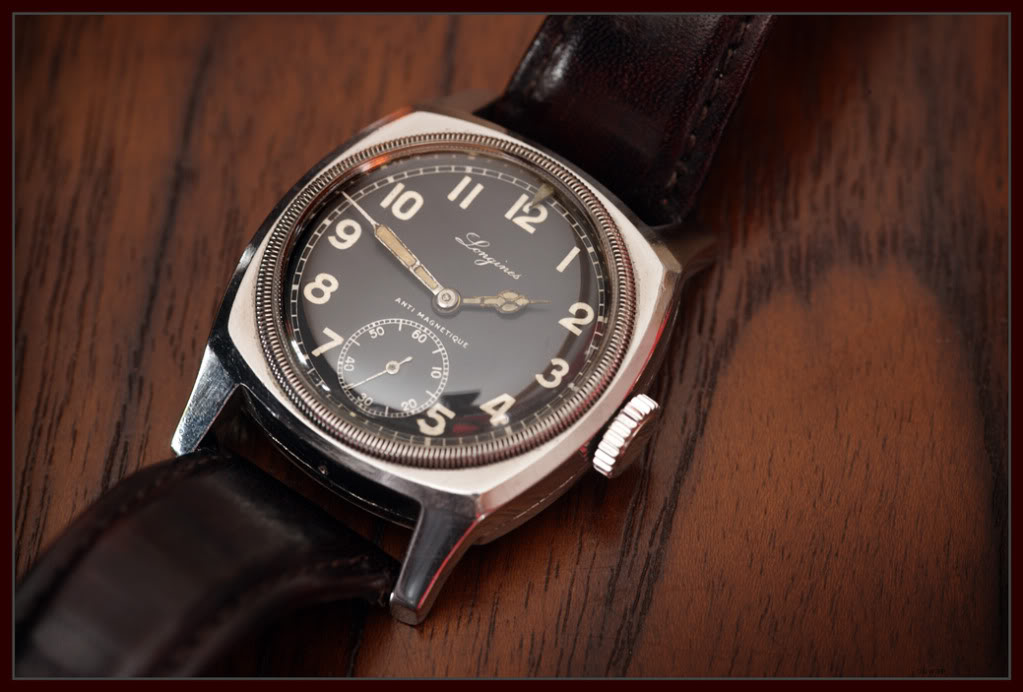 One of the most characteristic features of the watch is certainly its cushion shaped case. At 40mm it does not seem like a big watch today, but compared to early 20th century standards it was considered quite large.

During early production period the cathedral like hands were filled with radium (!).

Another original touch of the watch was the serrated bezel, which you do not find on many of the military/pilot’s watches of this early period. 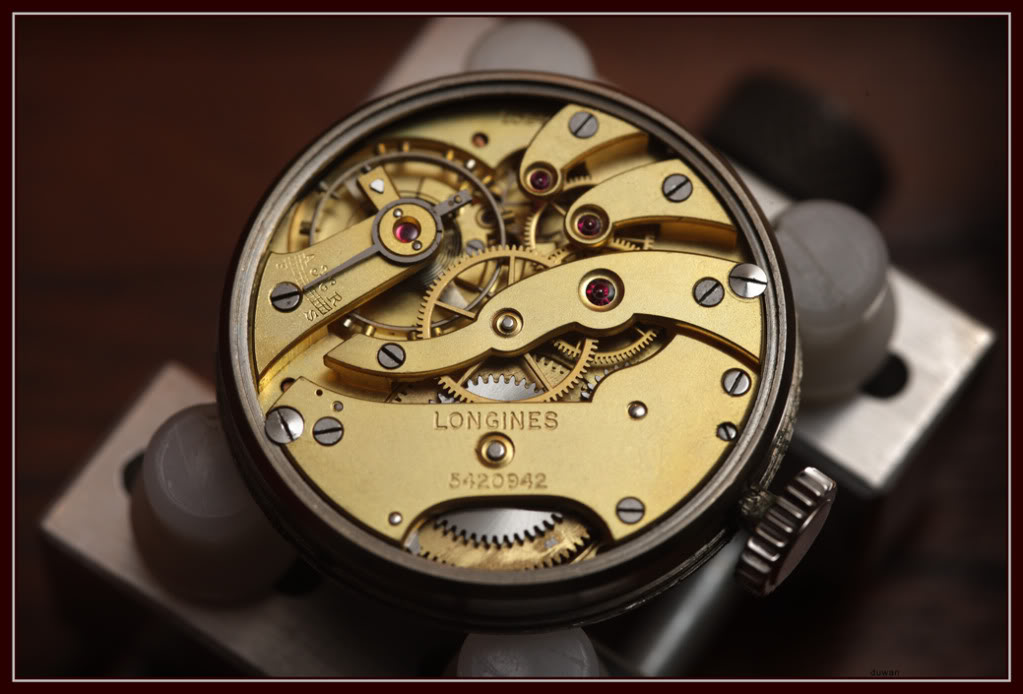 As you can guess by considering the time of manufacturing the caliber is manually wound. Longines however made these pieces anti magnetic and equipped them with shock absorbers. To early 20th century standards these were truly nice touches.

These watches can be considered as some very important pieces from Longines’s history. The Majetek models are hard to come by, as not many collectors are keen on letting them go. If you are lucky to find one in good condition, expect to pay a minimum of around 2500 euros.

First of all I would like to emphasize that Longines is among the most successful and experienced brands when it comes to the re–issuing game. The Legend Diver Series is one of the best examples for this. 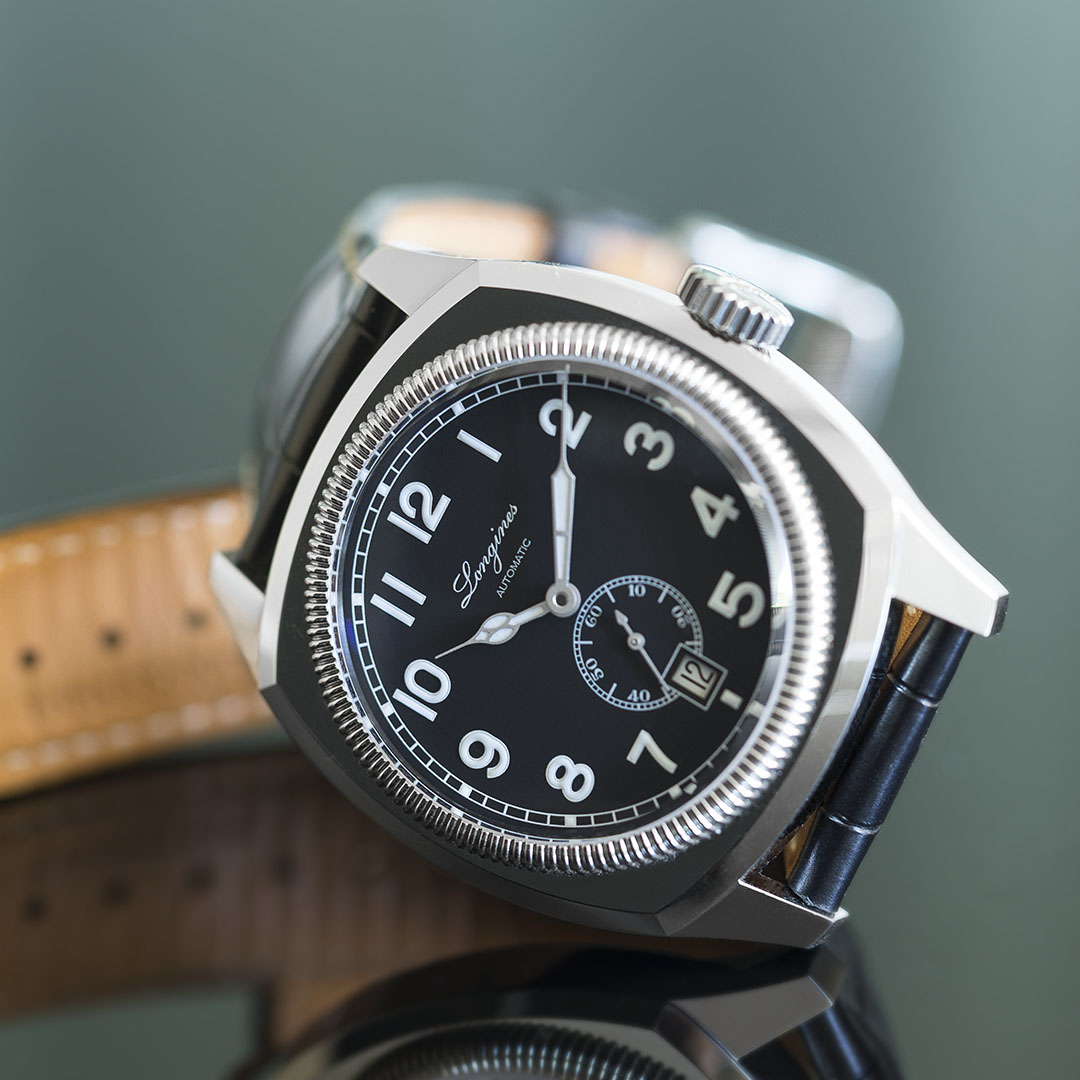 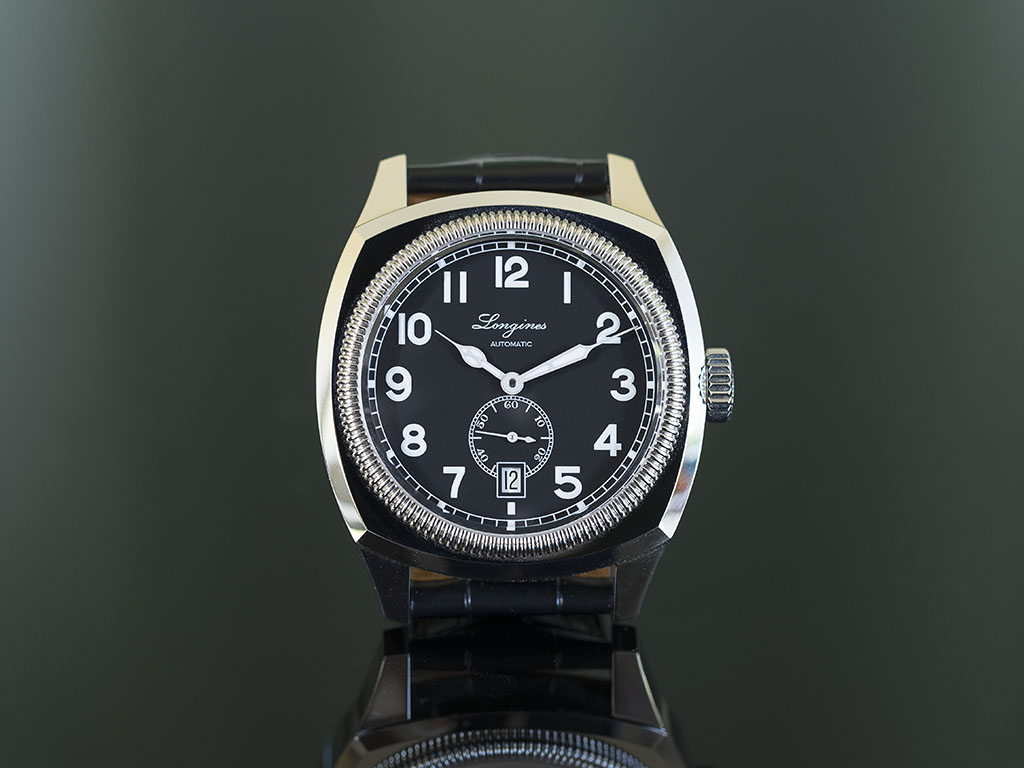 One of the most important reasons for their success is that they modernize their timepieces while staying true and faithful to the original (and even the smallest) details. This same principle applies to the Heritage 1935. 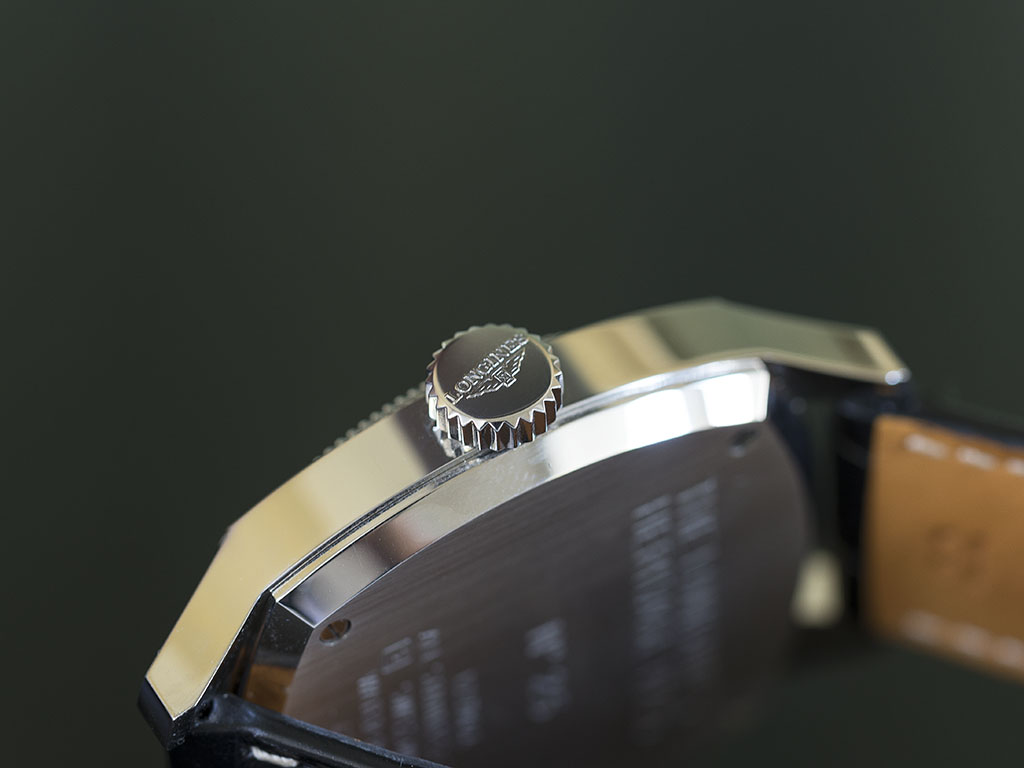 Let us start and have a look at the case. Despite the new version being a tiny bit bigger at 42mm (compared to the original 40mm) it is perfectly balanced and is almost an identical copy of the old version. You will find the same cushion shaped case with angular lugs, serrated bezel, and the original looking crown.

The matte black dial is also very similar to the old version. Even the cathedral like hands are coherent with Czech pilot’s watch.

Of course there are also differences between to the two models. Perhaps the most important update is the movement. 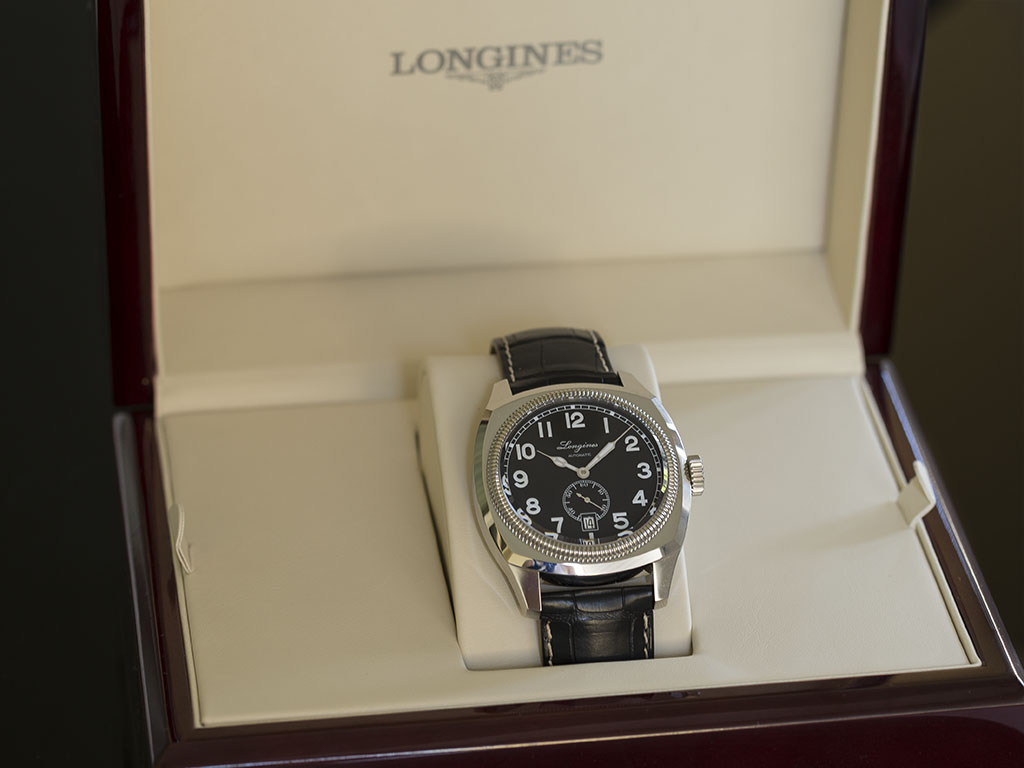 The original models were powered by pocket watch calibers, but of course today it would be quite hard to integrate such movements in a modern watch, especially for a mass production brand such as Longines. 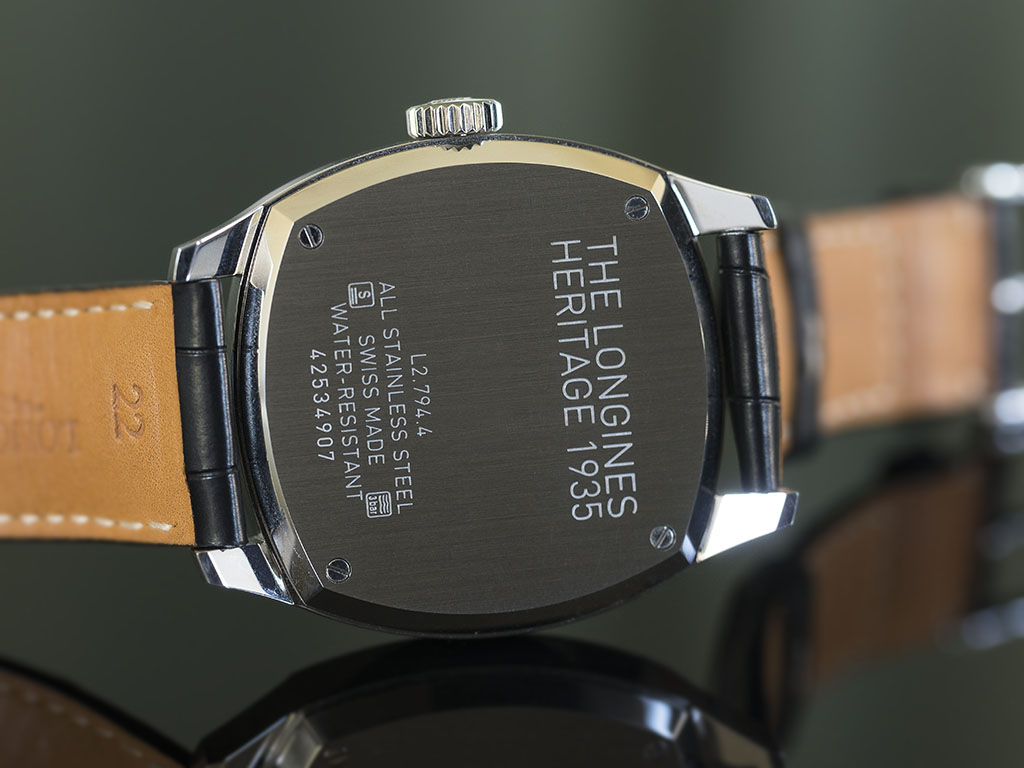 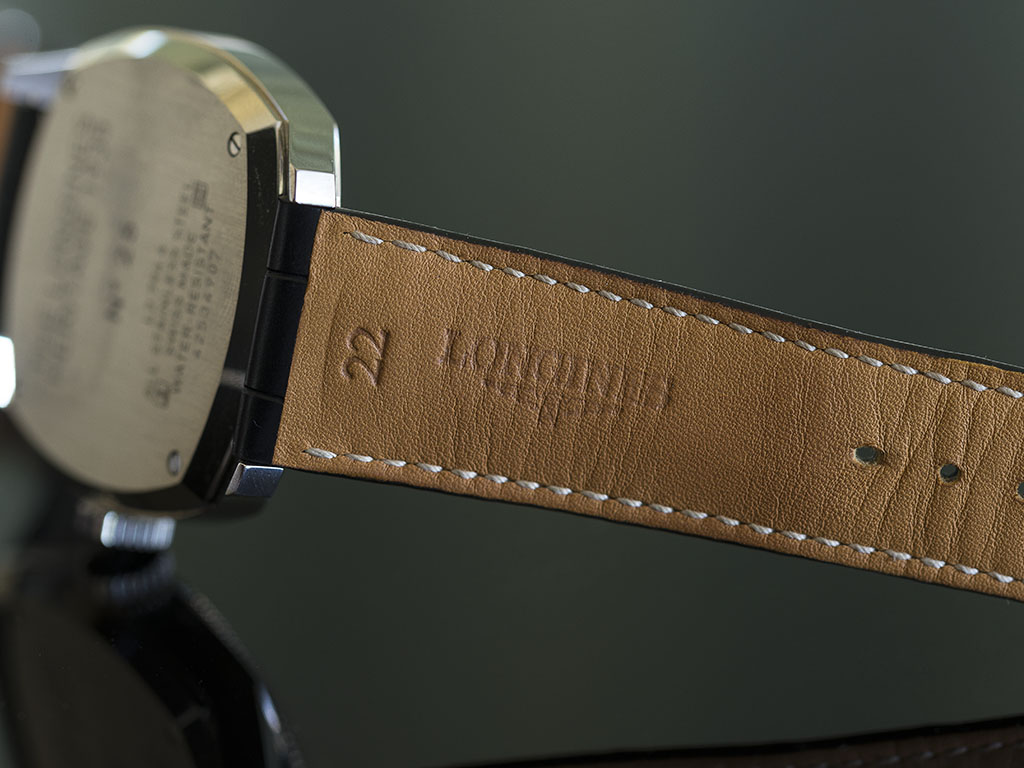 The new Heritage 1935 comes with an ETA 2895-2 movement, which offers 42 hours of power reserve, a small seconds indicator at 6 o’clock, and (for some unfortunately) a date window. 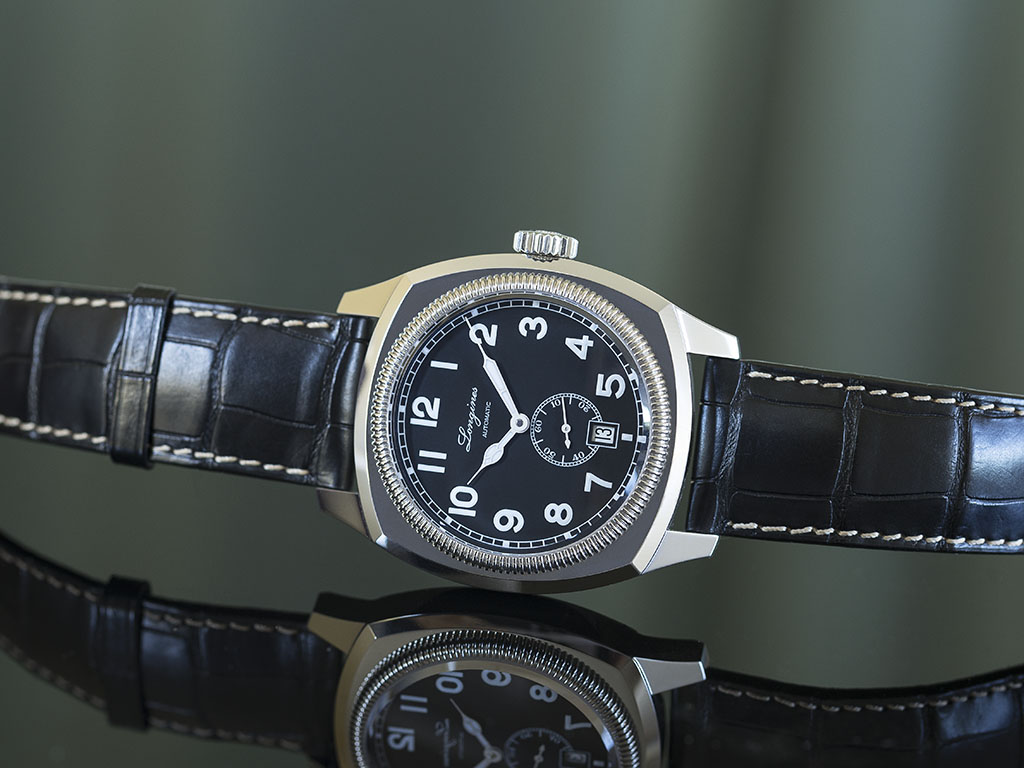 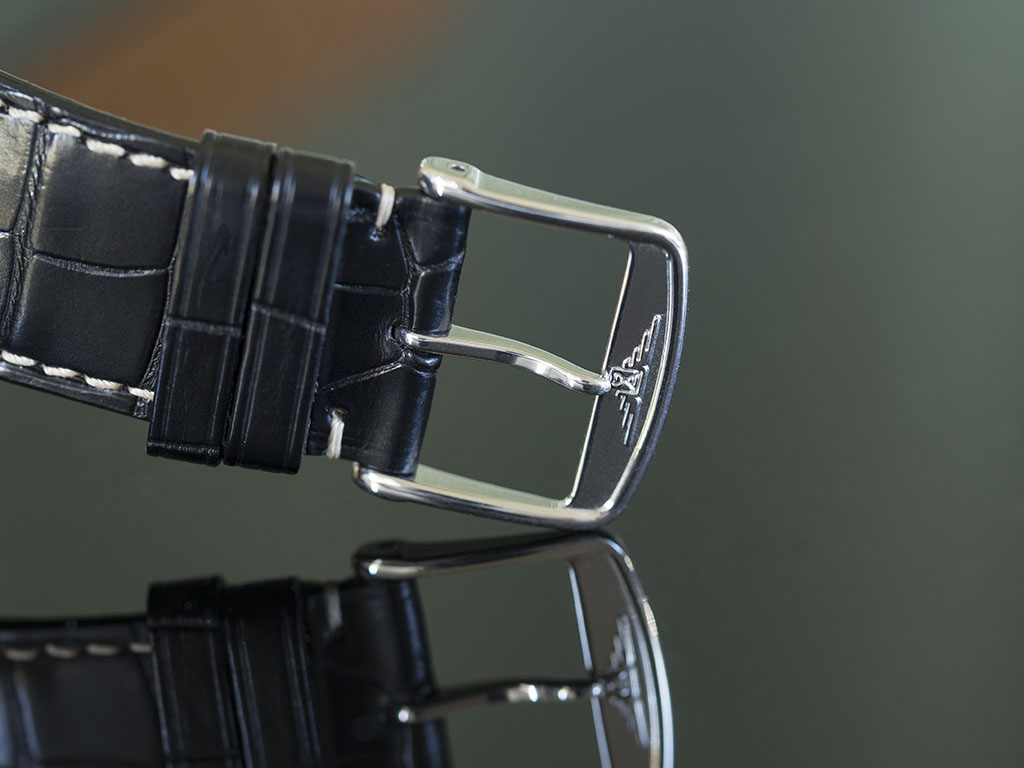 Even to us this feature is among the less desirable ones on the watch. While the date window has no historical reason to be on this piece we also think it is somewhat poorly integrated.

A sapphire crystal or an updated version of the movement is completely understandable in a re-issue, but adding a feature that does not exist on the original model is a weak point on this piece for us. 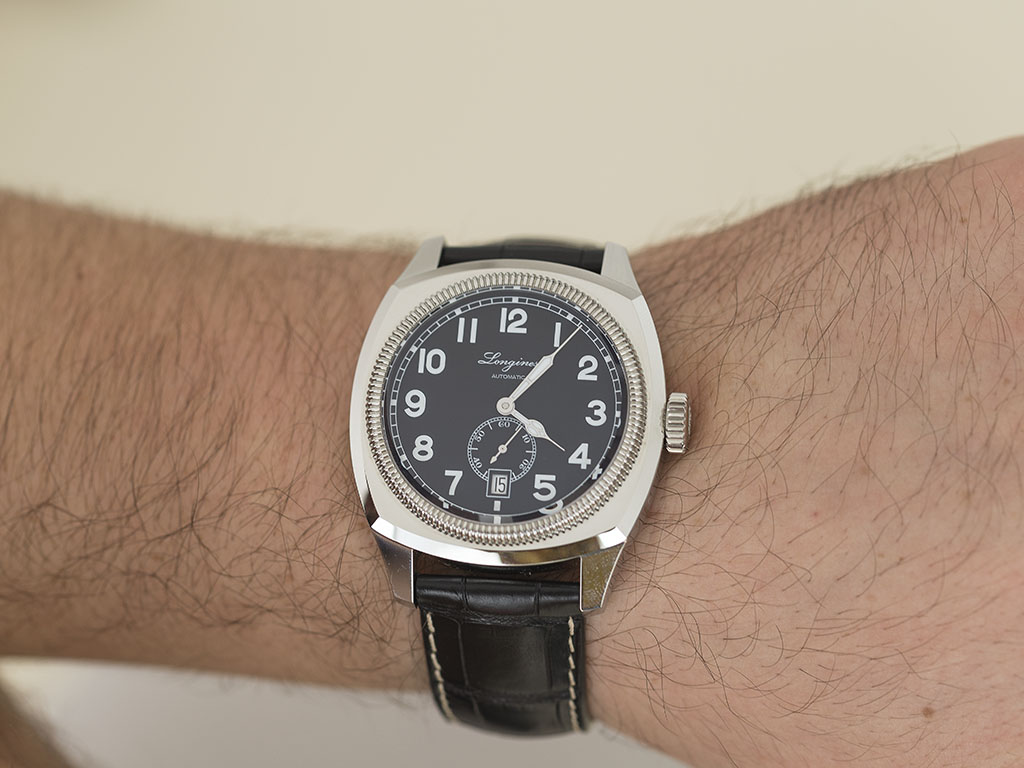 Overall The Heritage 1935 is again a very successful watch from Longines.

In the whirl of re-issues the Heritage 1935 leaves its closest rival the TAG HEUER Monza behind, especially with its more desirable 42mm case.

In addition this watch is taking advantage of modern technologies on an optimum level and stays true to its eventful past.