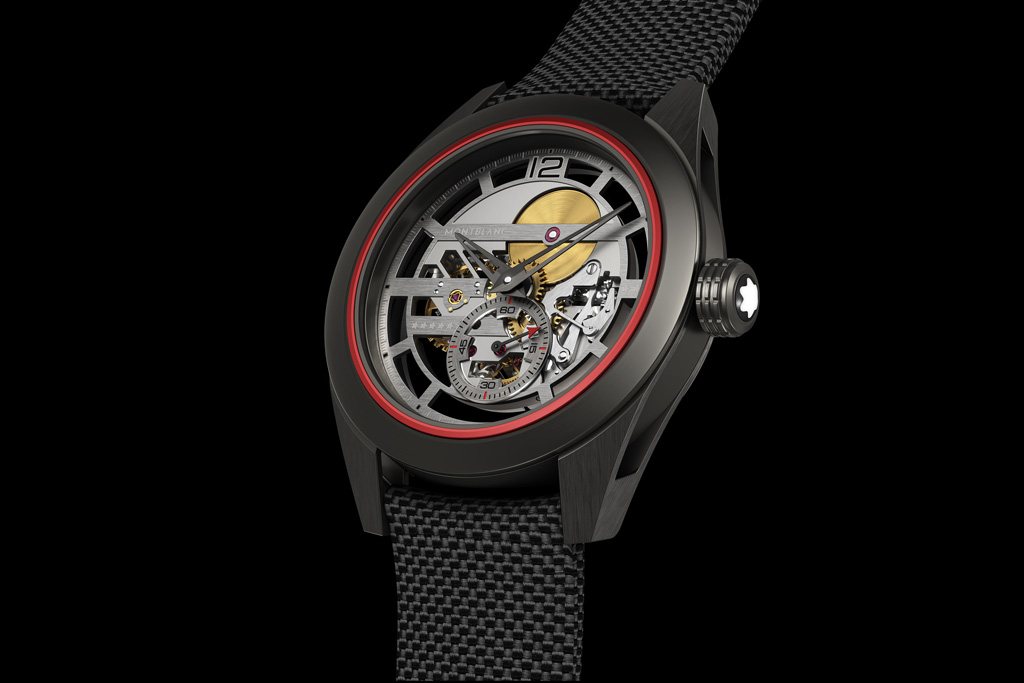 The watch has been designed and manufactured with a goal of being extremely light on the wrist. Thanks to the super light materials and skeletonized parts, Montblanc managed to bring this idea to reality by having the watch at 14.88g only.

The case employs a material called ITR², combined with Kevlar/carbon for a brand-new composite mix “charged with carbon nanotubes”, which is extremely hard to process. As said, this new material is four times lighter than titanium.

This new material was used in the construction of the middle case, case back, bezel, and crown. The lugs are made of black DLC coated and brushed titanium in order to save weight as is the crystal on both the front and back sides of the watch is made of mineral glass instead of sapphire. 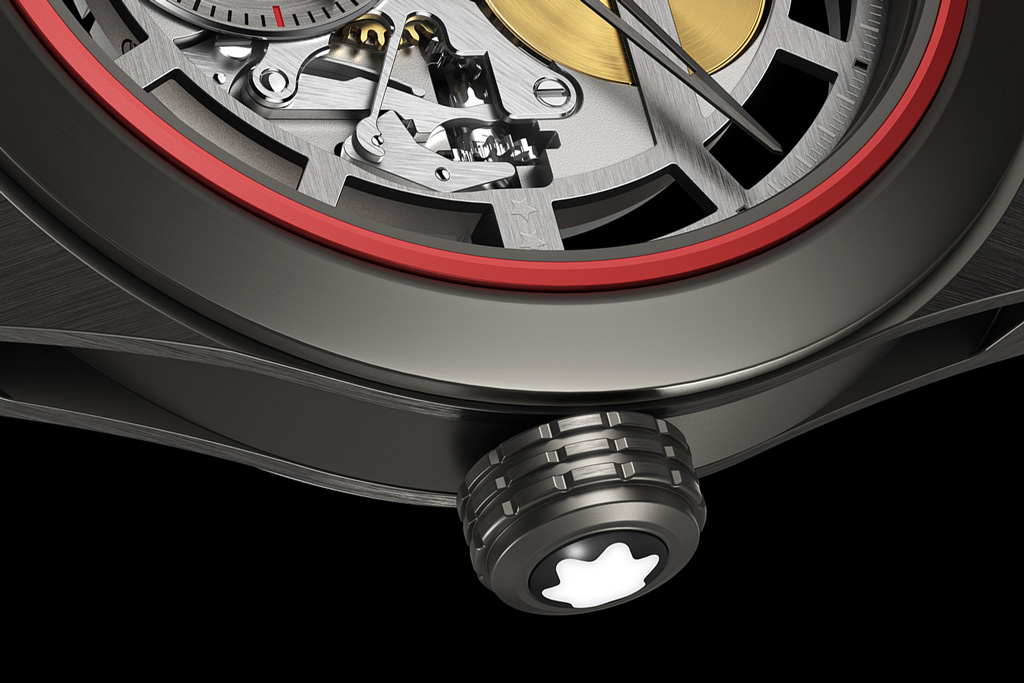 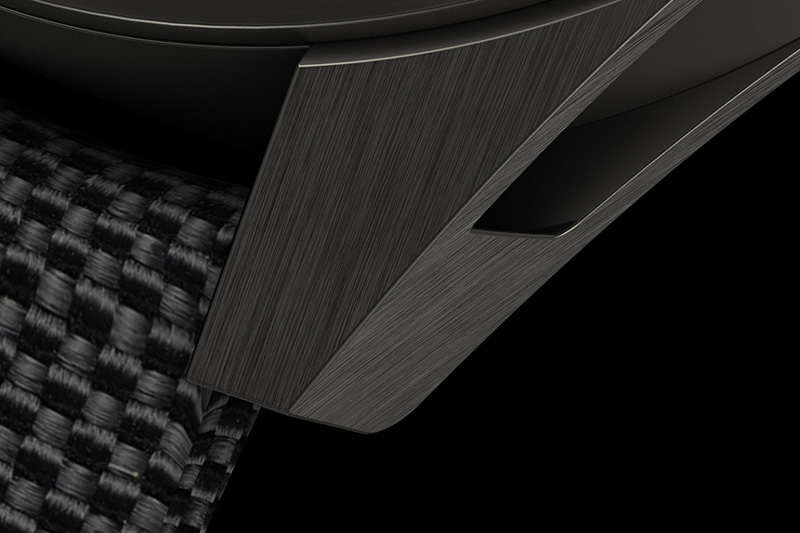 Its color theme is actually inspired by World Badminton Champion, Montblanc brand ambassador, and Chinese athlete Lin Dan, who needs lightness on his wrist with elements from Dan’s career and his country throughout the design. 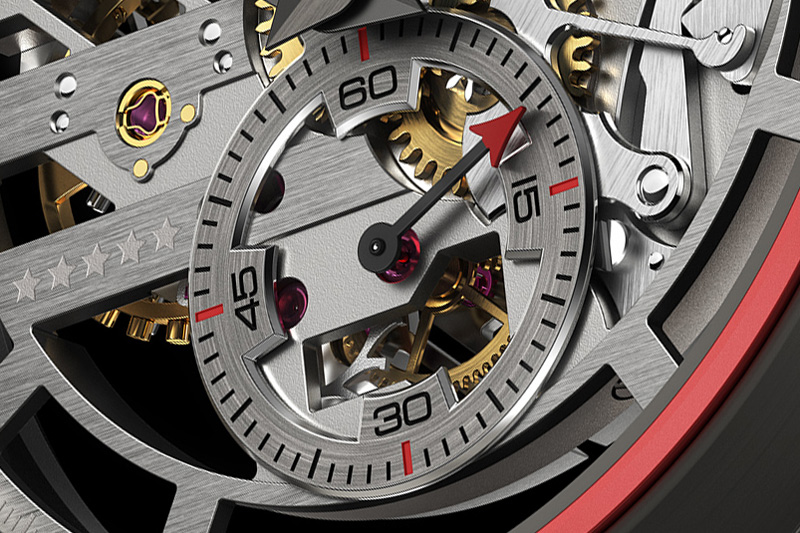 This anthracite subdial has been crafted out of super-light anodized aluminum and applied directly to the titanium mainplate, along with its elegant red-tipped Minerva arrow for increased legibility. 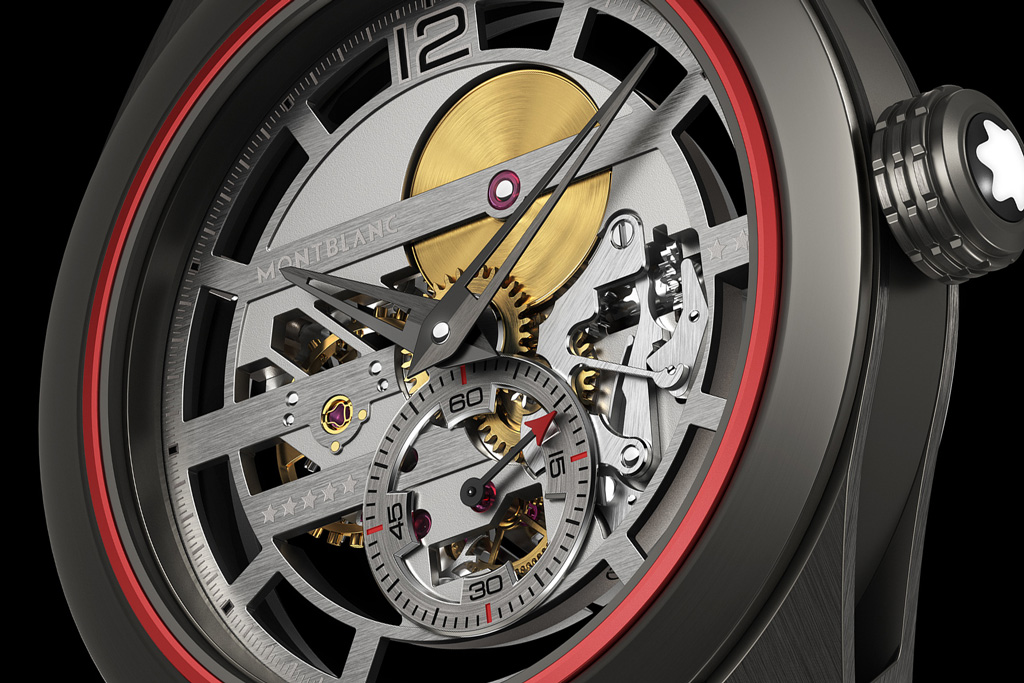 Other specific details include a minute track that has been etched directly onto the mainplate with black dots framed in grey for the five-minute markers and black anodized aluminum and skeletonized lance-shaped hands.

The manually wound Montblanc Caliber MB M62.48 movement is employed to power up this watch, with titanium used for the mainplate and the five bridges. Skeletonization of the movement helps the light weight and gives a modern, industrial look although it was inspired by a historical movement called the Minerva Pythagore, which has been designed back in 1943. 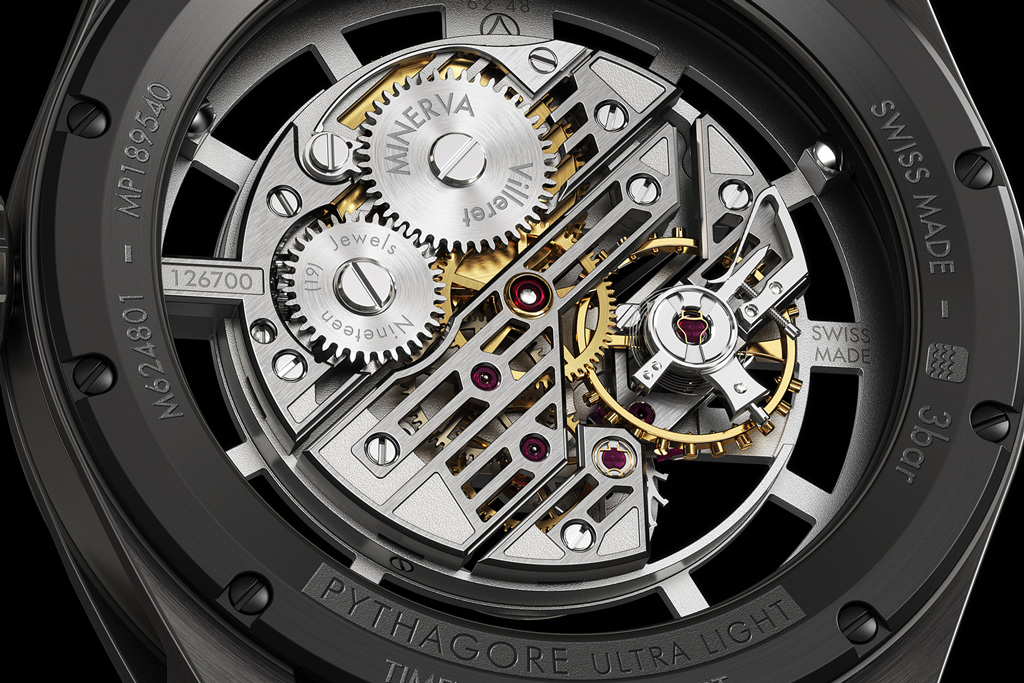 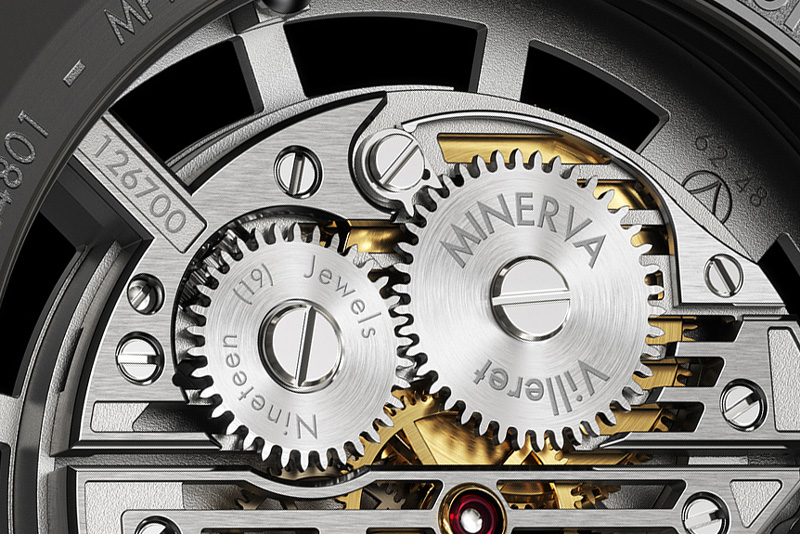 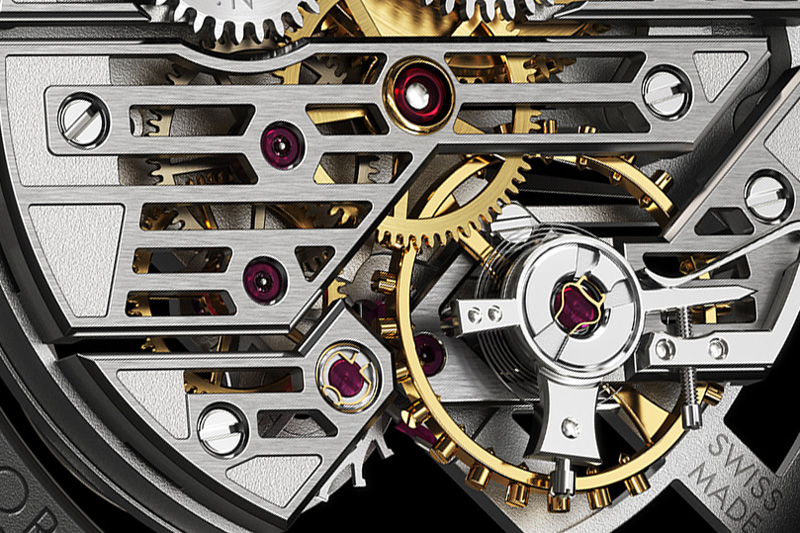 The case features a 40mm diameter and 9.7mm thickness. It is rated WR30M.