Montblanc, which has been among the stars of the SIHH 2018 exhibition with its new models and their exceptional price/performance ratios, is the guest of our Hands On corner with the latest version of its highly acclaimed collection dedicated to Nicolas Rieussec – a French watchmaker known as the inventor of the chronograph. 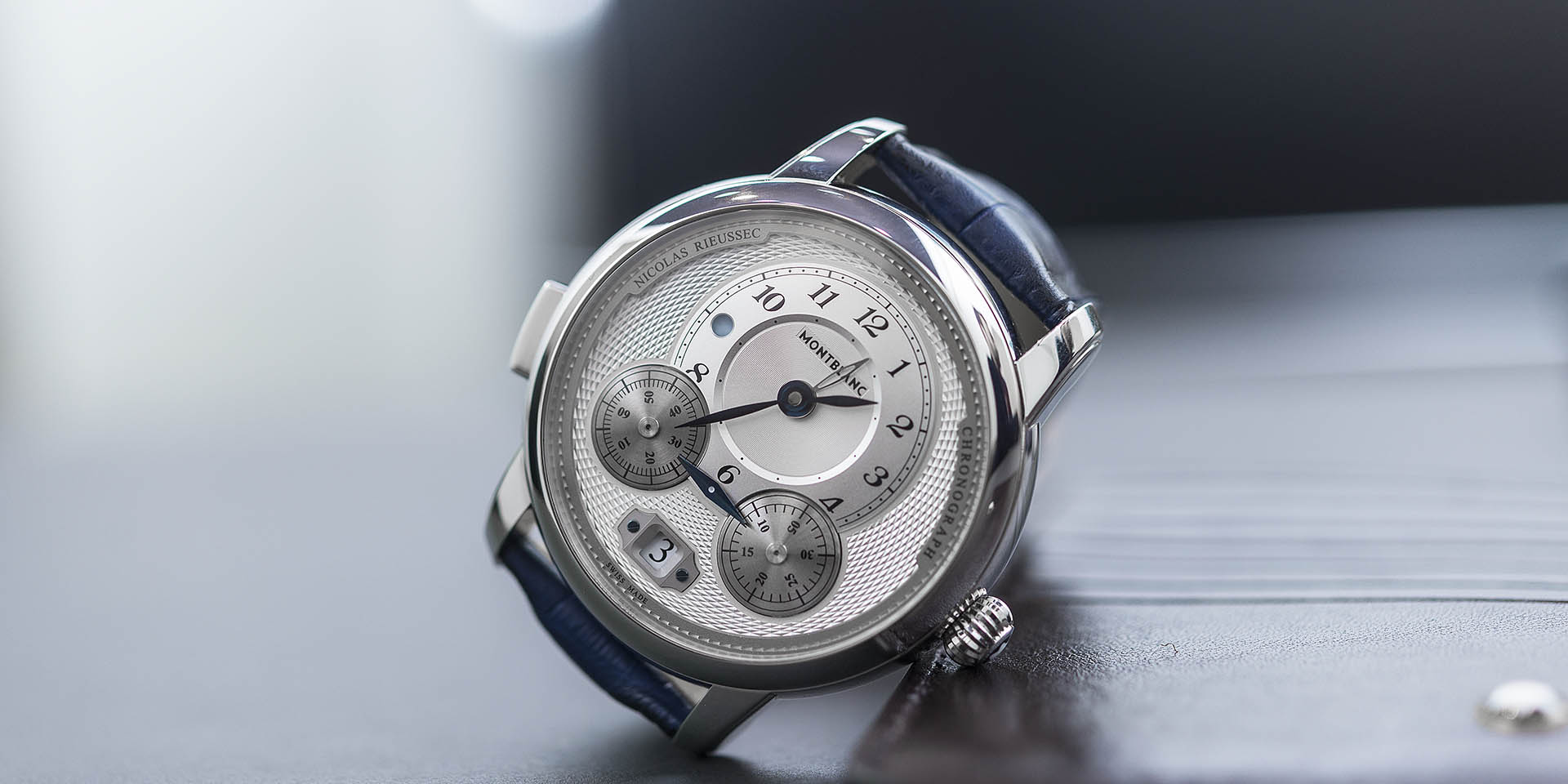 Nicolas Rieussec Collection is not a new one to the modern Montblanc line up. The first version was introduced in 2008 and an upgraded version sporting a day/night indicator and second time zone feature followed in 2012. The collection continued to exist in the brand’s catalogs through the years in different styles.

Nicolas Rieussec’s place in the history of watchmaking is very important because he is technically known as the man who designed and produced the world’s first chronograph. It is possible to see that the name derived from the use of the words Chronos (time) and graph (to write) in Greek, in fact, actually defines exactly what Nicolas Rieussec invented in 1821. You may find the detailed explanation of the design within our article about the Montblanc Star Nicolas Rieussec Mono Pusher Chronograph model here. 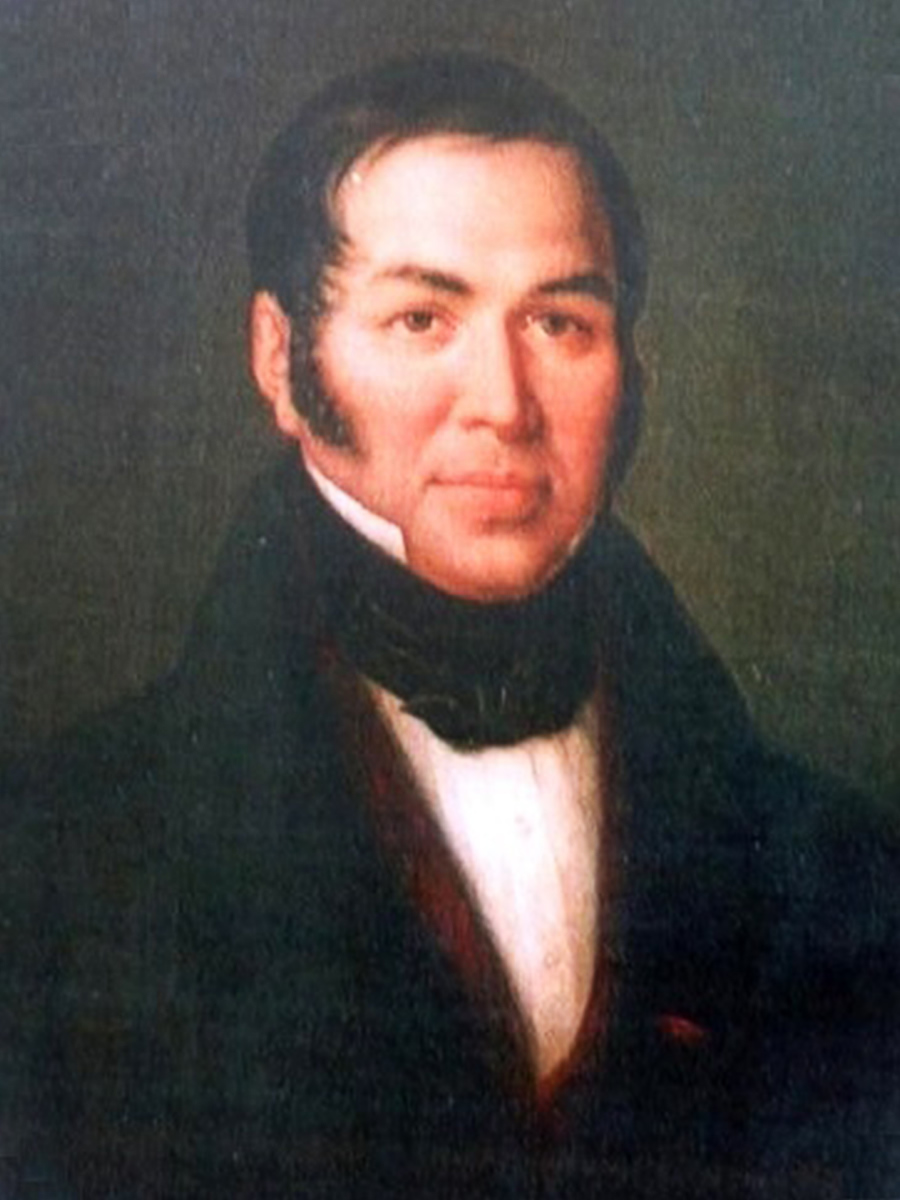 Montblanc Star Legacy Nicolas Rieussec Chronograph comes in a stainless steel case measuring 44.8mm in diameter and 15.02mm in height. The new model’s case is redesigned with rounded edges. In addition to the rounded edges, the use of a slightly domed sapphire crystal on the front face offers a retro look that reminds the old pocket watches. All adjustments are done by the onion shaped single winding crown that is adorned with the Montblanc emblem. The signature chronograph pusher is located at the 8 o’clock position. The case is water resistant to 30 meters. 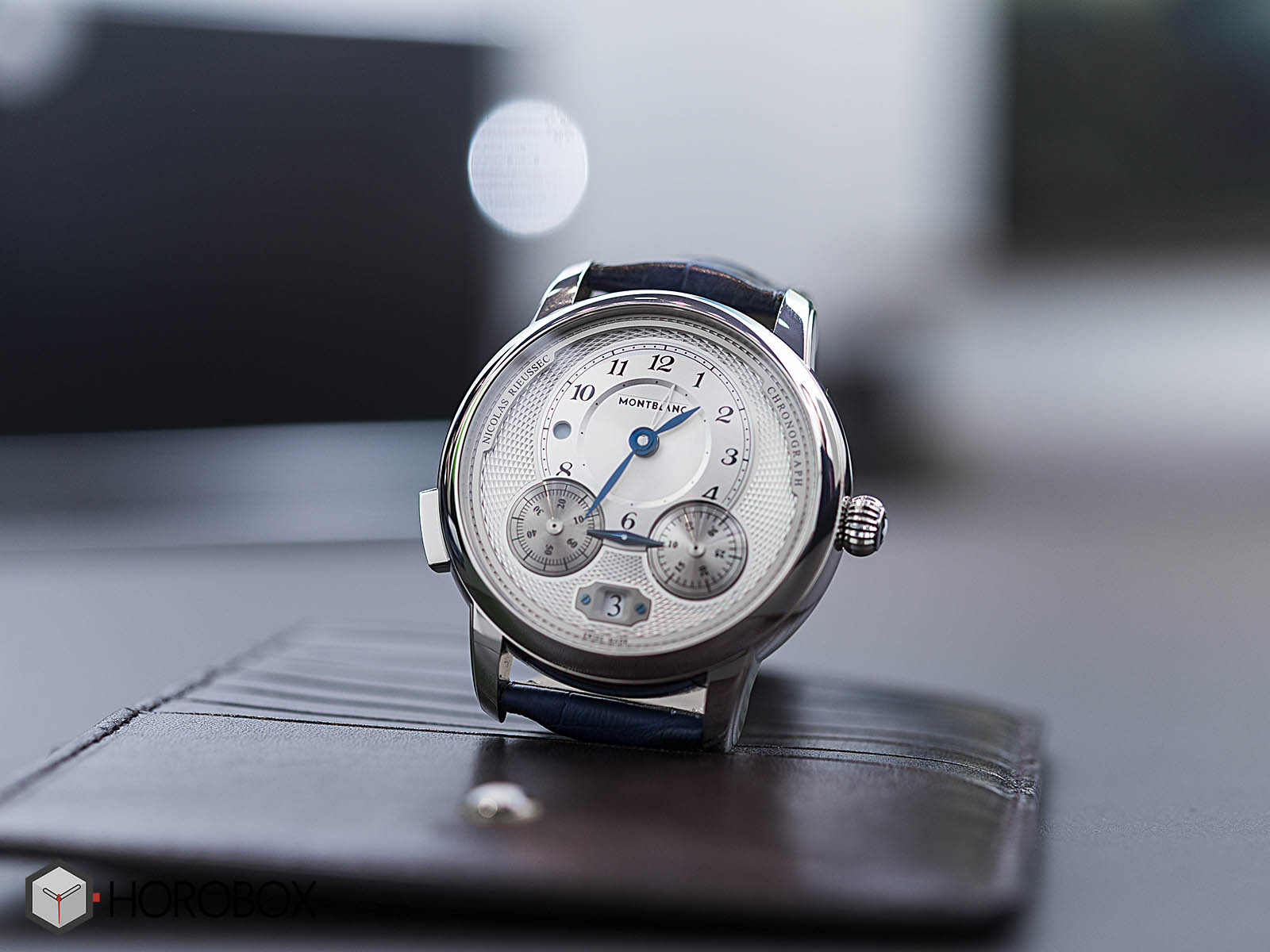 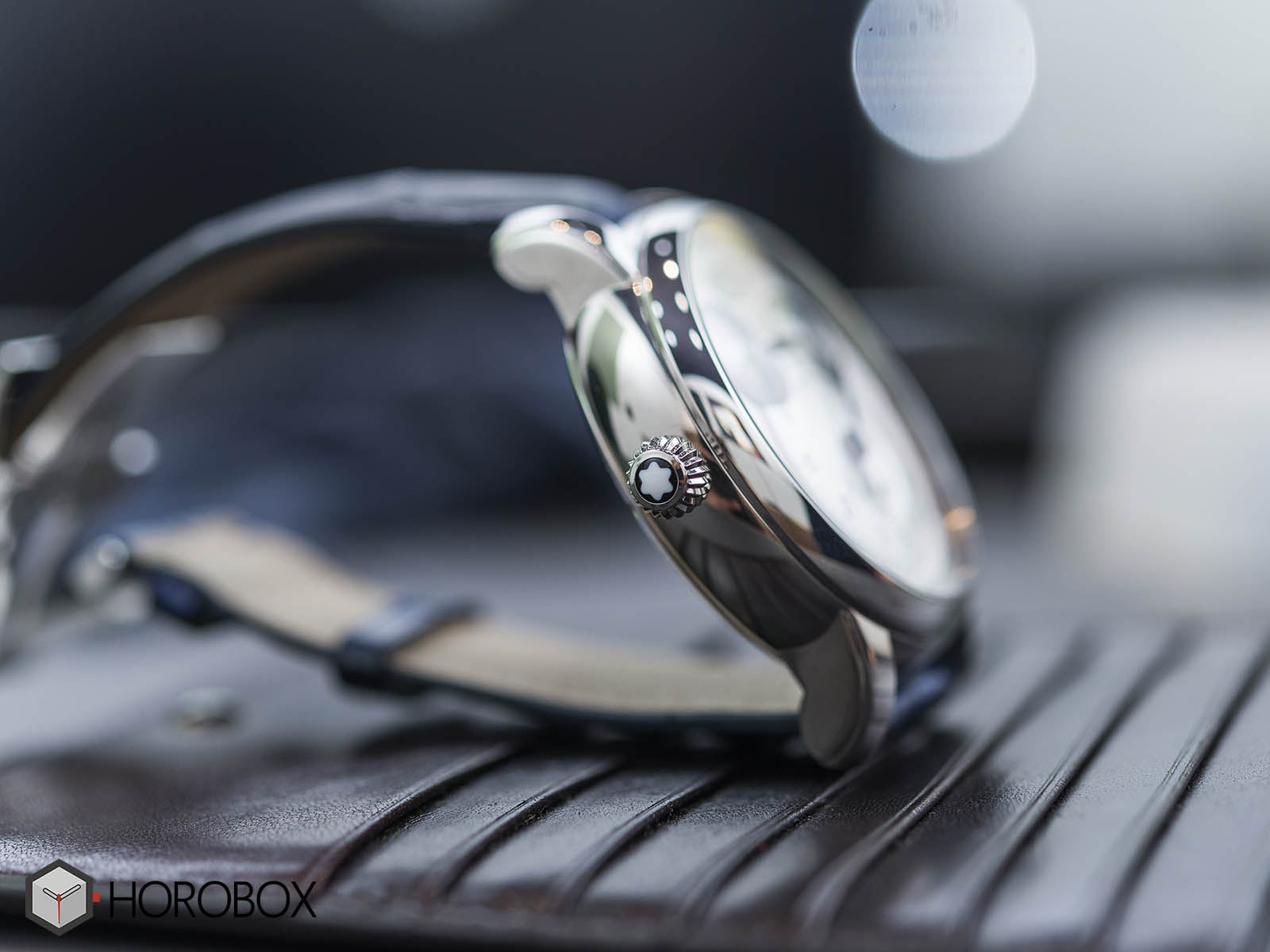 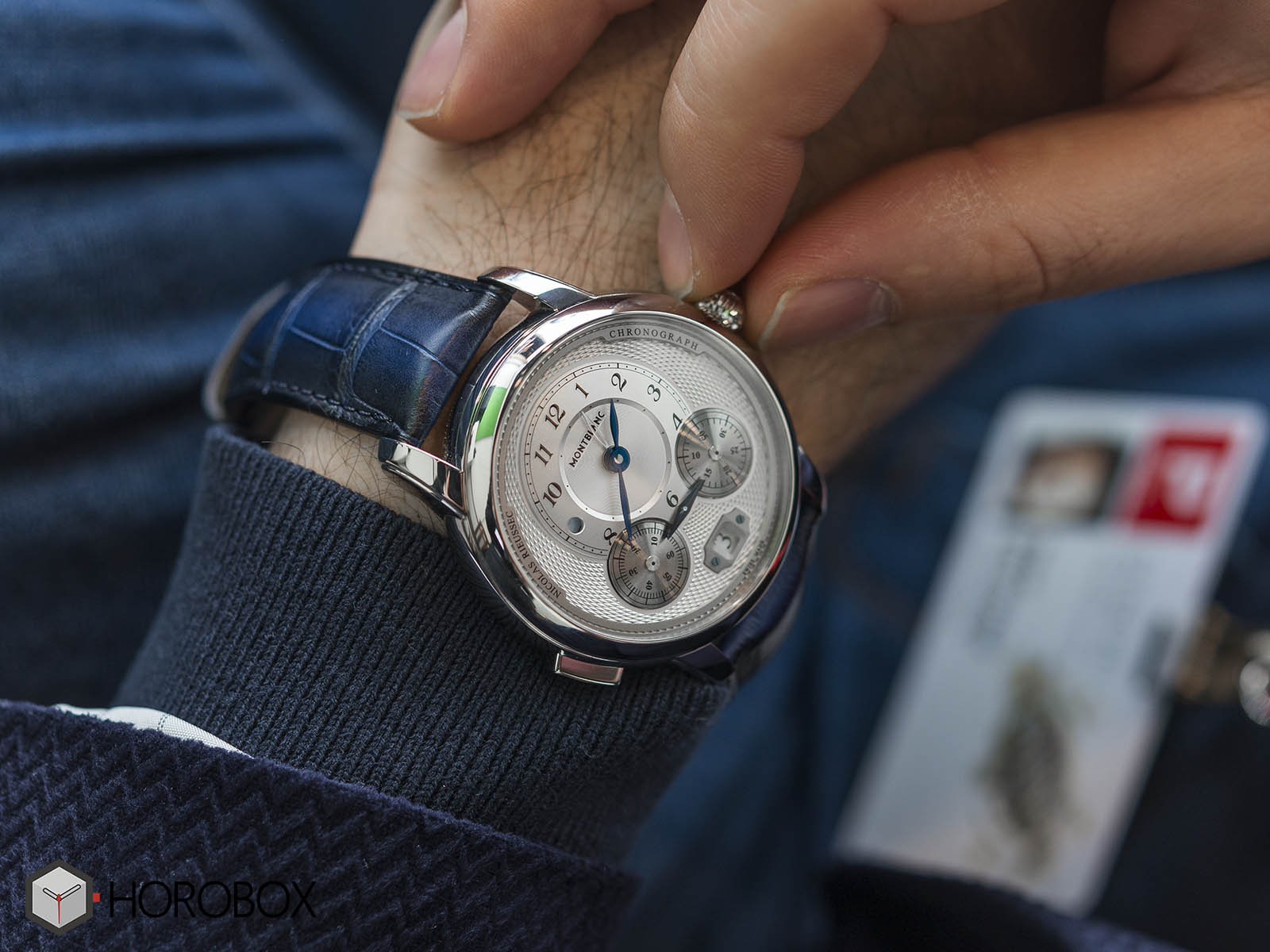 The new model, which was introduced at the SIHH 2018 exhibition, comes with various visual updates on the dial as well. The date display is now moved to 6 o’clock position and framed with a stylish cartouche held with blued screws. The day/night indicator is integrated brilliantly to the off-centered time keeping dial. The dial offers a three-dimensional image thanks to the dome-shaped Titanium discs used in small sub-dials, as well as the locally applied Guilloché and Azuré style patterns. 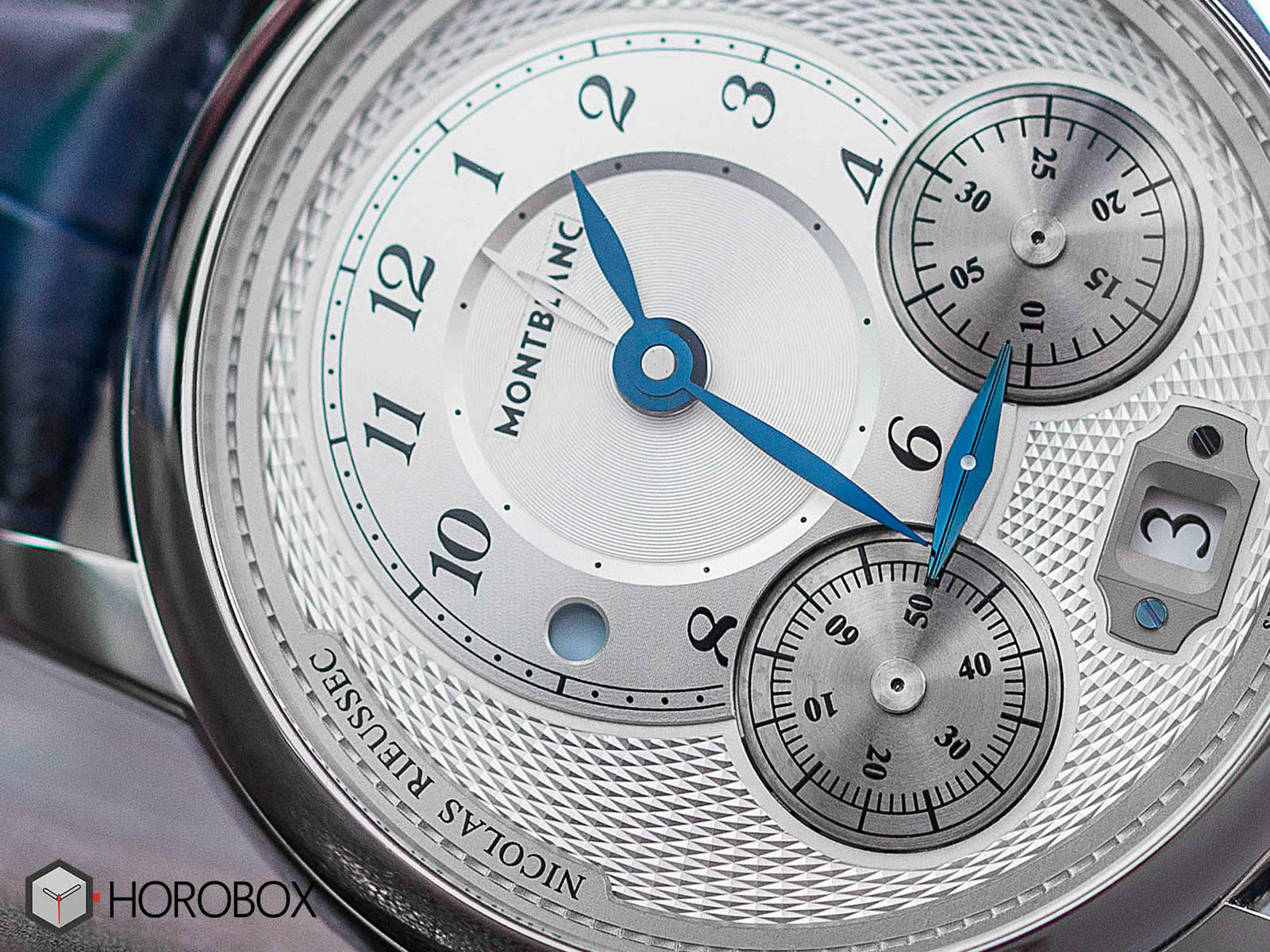 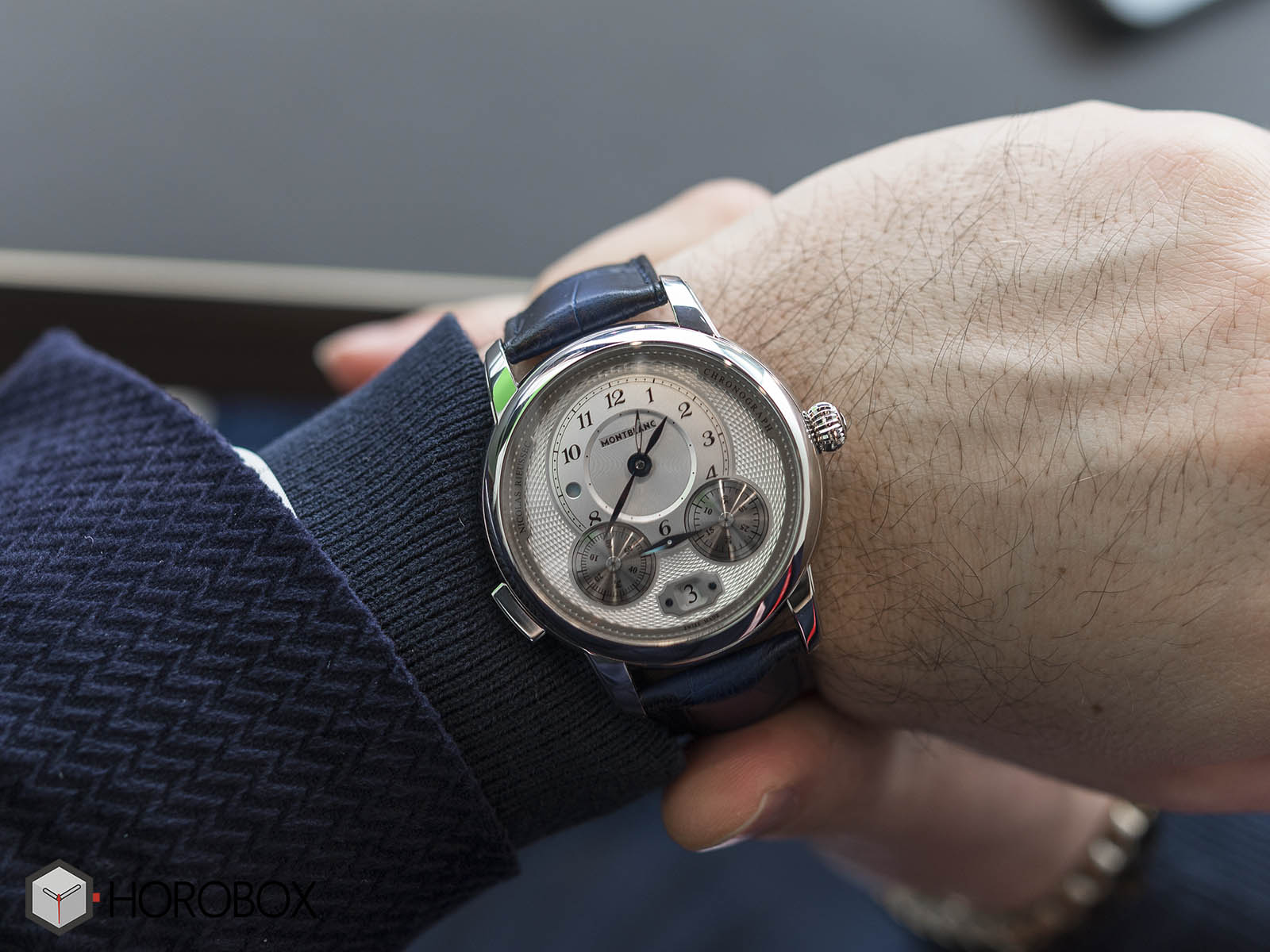 The size of the Arabic numeral indices’ font is reduced. The leaf-shaped hands and chronograph double index are blued, while the second-time-zone is indicated with a skeleton style silver hand. Montblanc Star Legacy Nicolas Rieussec Chronograph model beats with the in-house Caliber MB R2000, a self-winding movement with integrated chronograph sporting a column-wheel and a vertical clutch. Running at 28,800 vibrations per hour, its two barrels can store up to 72 hours of power reserve. The movement is equipped with an open-worked oscillating rotor and it can be enjoyed through the sapphire crystal display caseback. 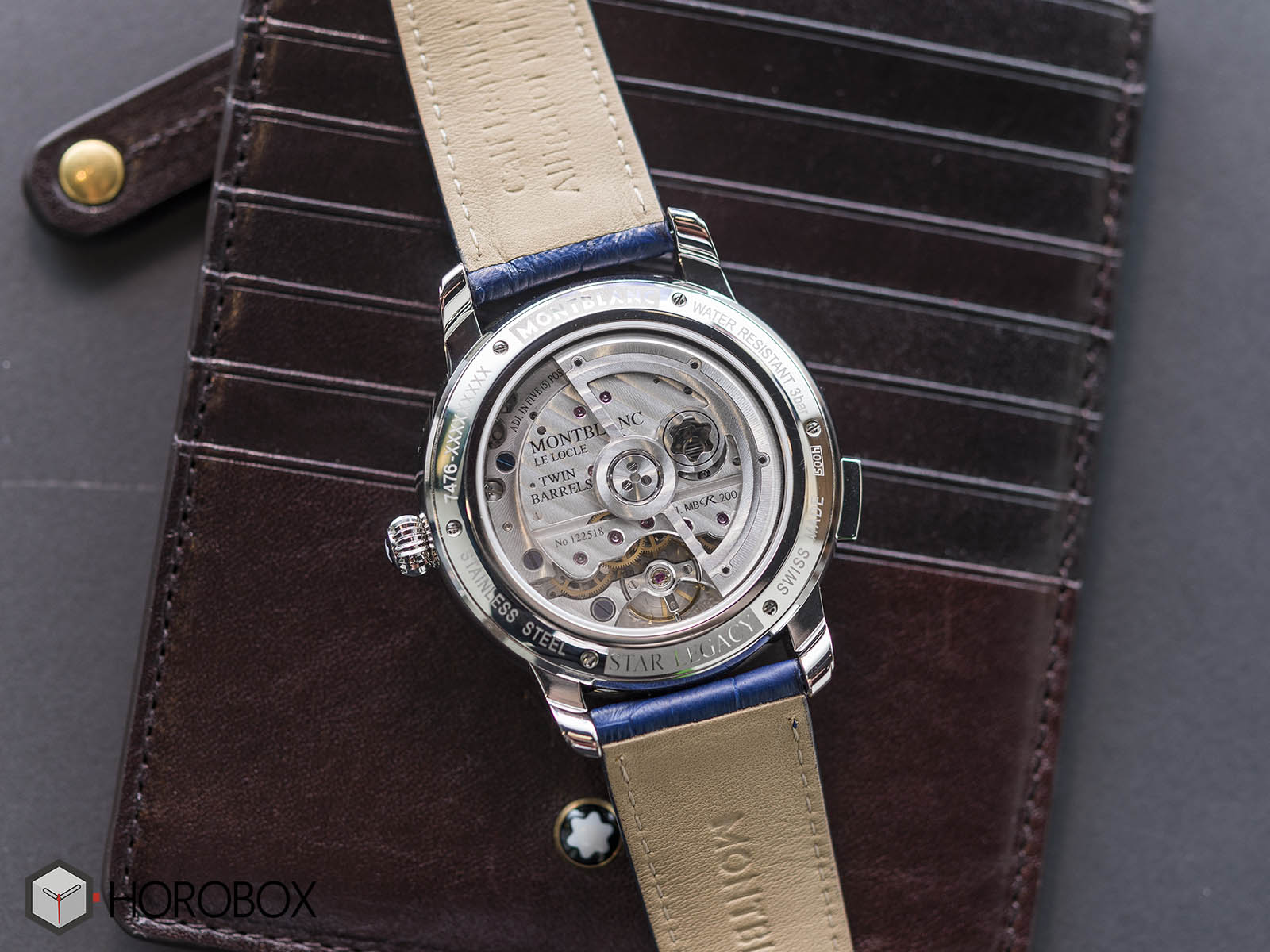 The model comes with on a blue Sfumato alligator strap manufactured by Montblanc Pelletteria in Florence and secured by a Montblanc signed stainless steel folding clasp. MSRP is 7.540,00 EUR. 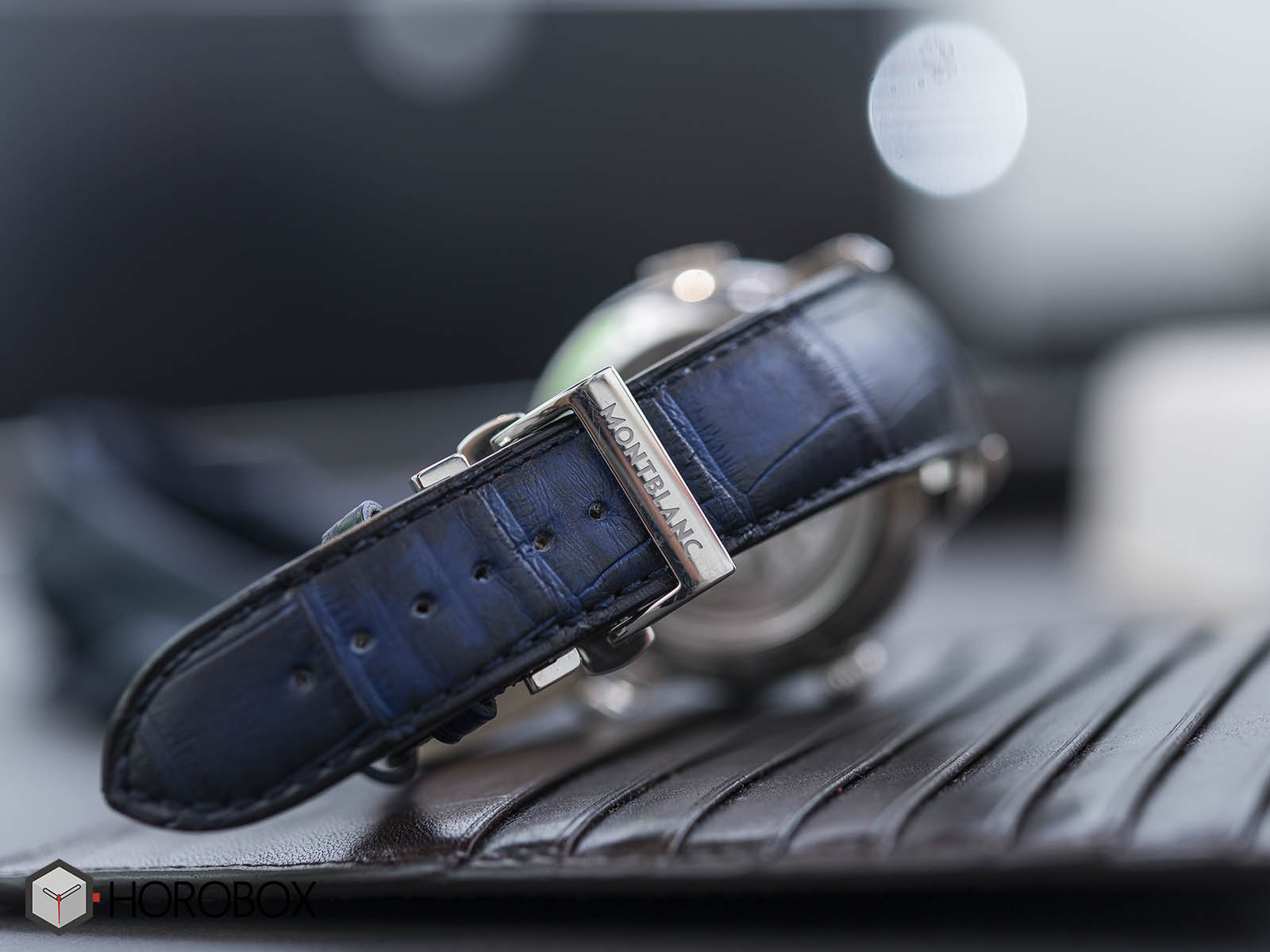