Oris, one of the leading independent brands of the Swiss watch industry, has added a new chronograph version to the Sixty Five model family, which is considered one of the most successful examples of the highly popular Heritage trend. Designed to commemorate the famous diver Carl Brashear, the new model comes in a bronze case as it was in the previous three-hand version that shares the same theme. 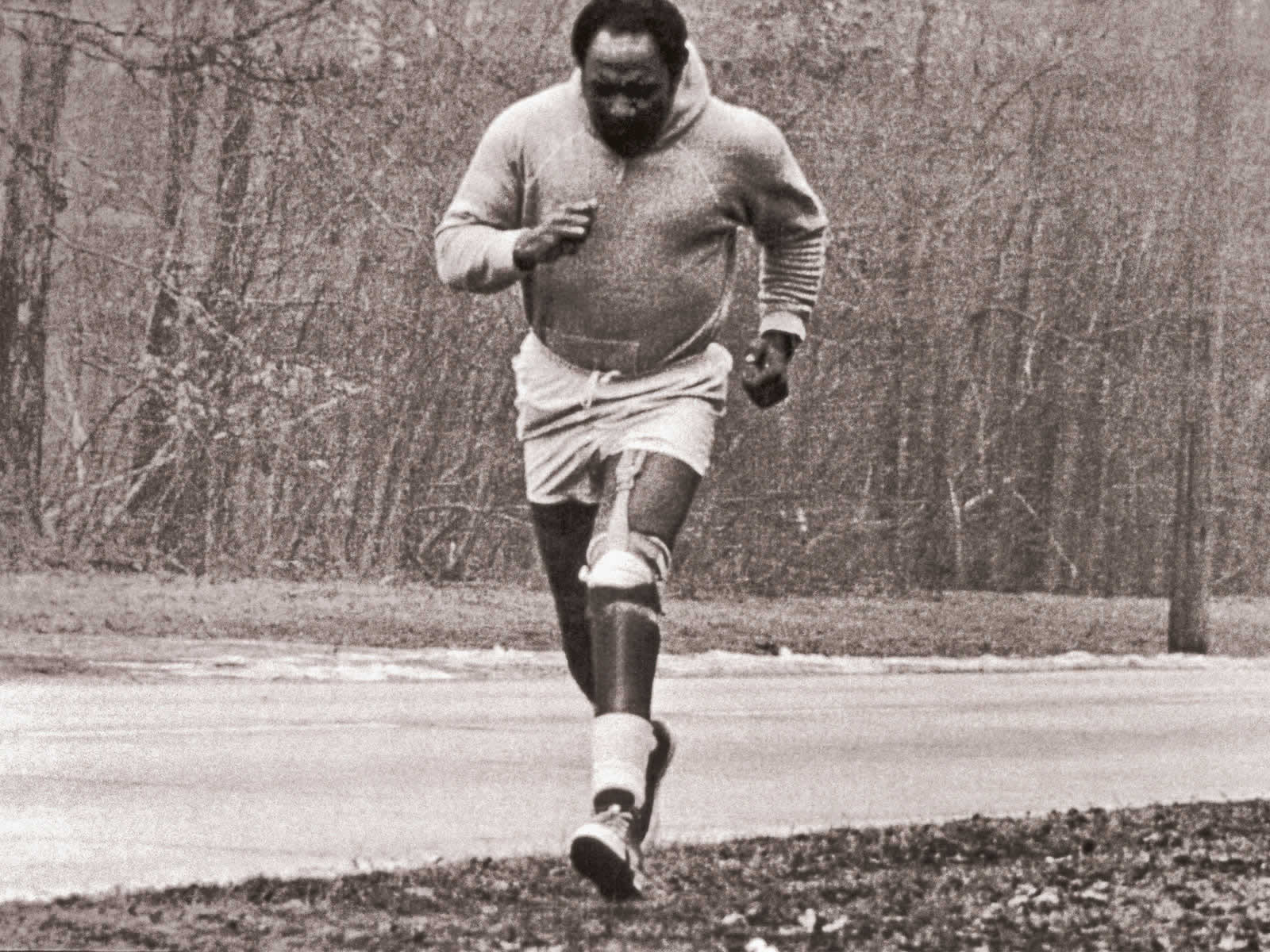 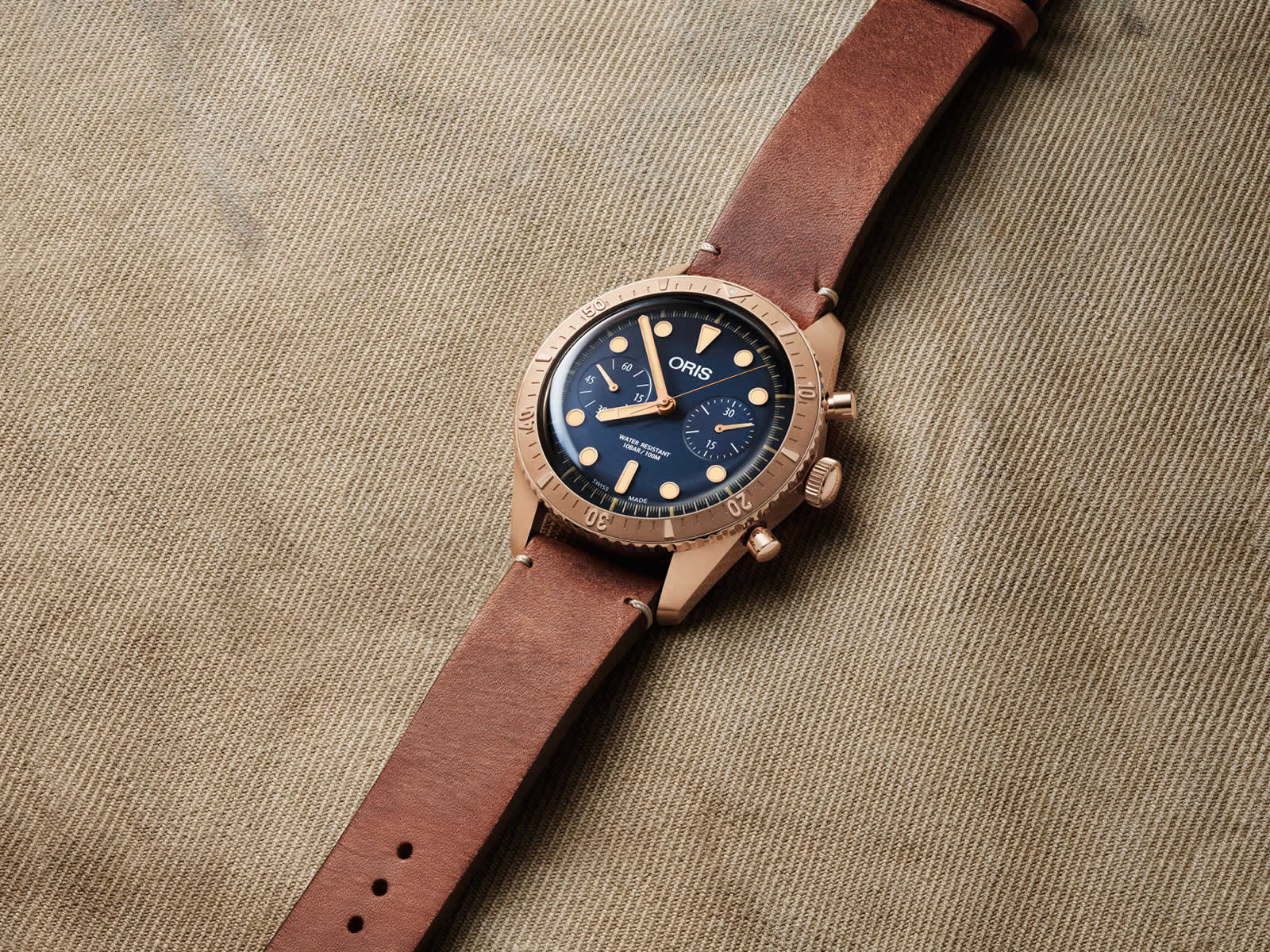 The new model shares the Sixty Five Collection platform as with the previous version. The model’s bronze case measures 43mm in diameter. Including a bronze bezel and a set of bronze pushers and a winding crown, the case is water resistant to 100 meters. The case is equipped with a scratch resistant domed sapphire crystal on the front side and a solid stainless steel caseback at the rear side with an embossed vintage diver’s helmet figure. 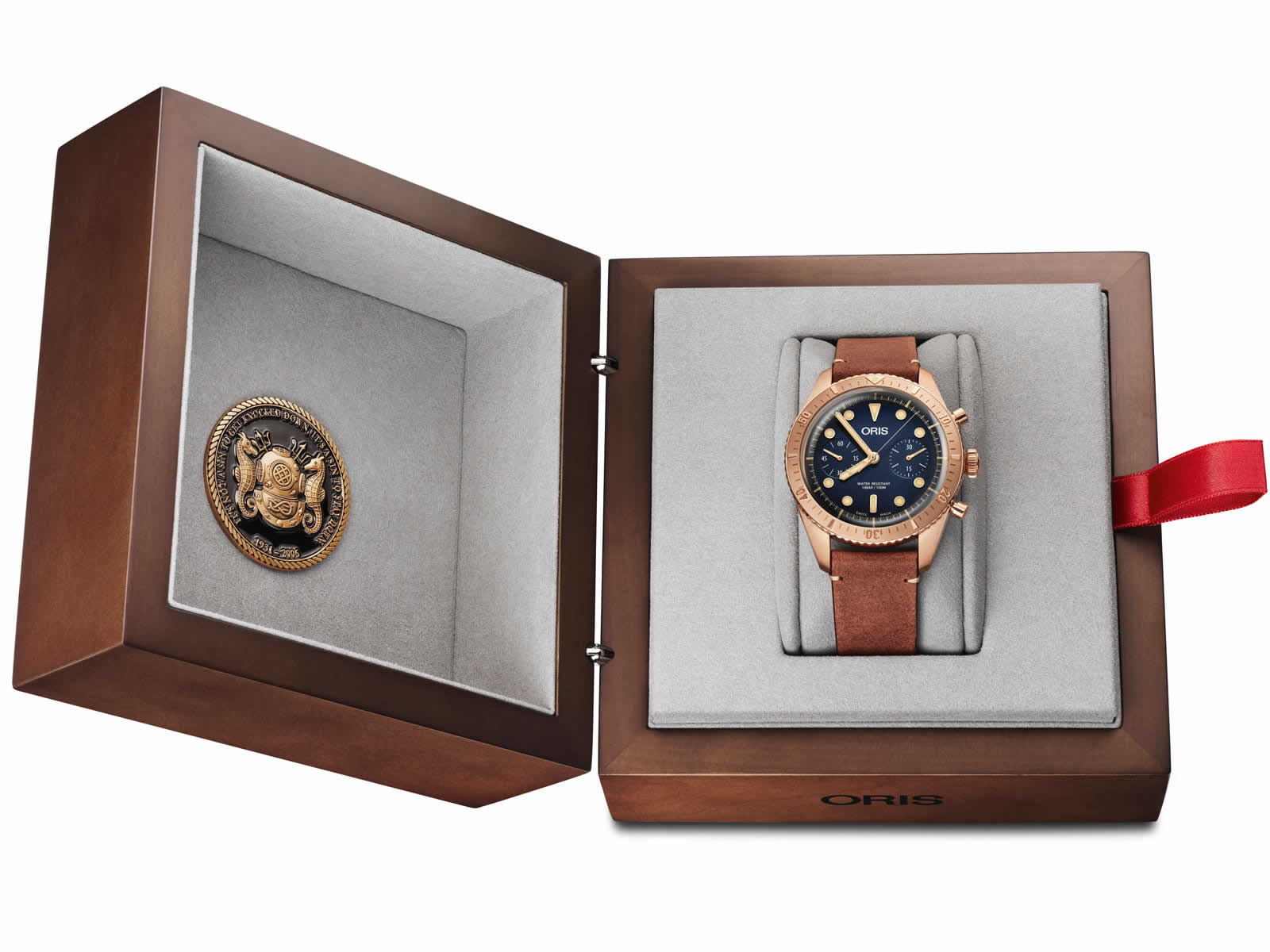 The dial of the new model is finished in deep blue with pink gold accents that match with the bronze case. The most distinguishing feature of the new model’s dial is the addition of the Bi-Compax lay out chronograph sub dials. The sub dials are placed at 3 and 9 o’clock and the date display is removed for a simpler look. 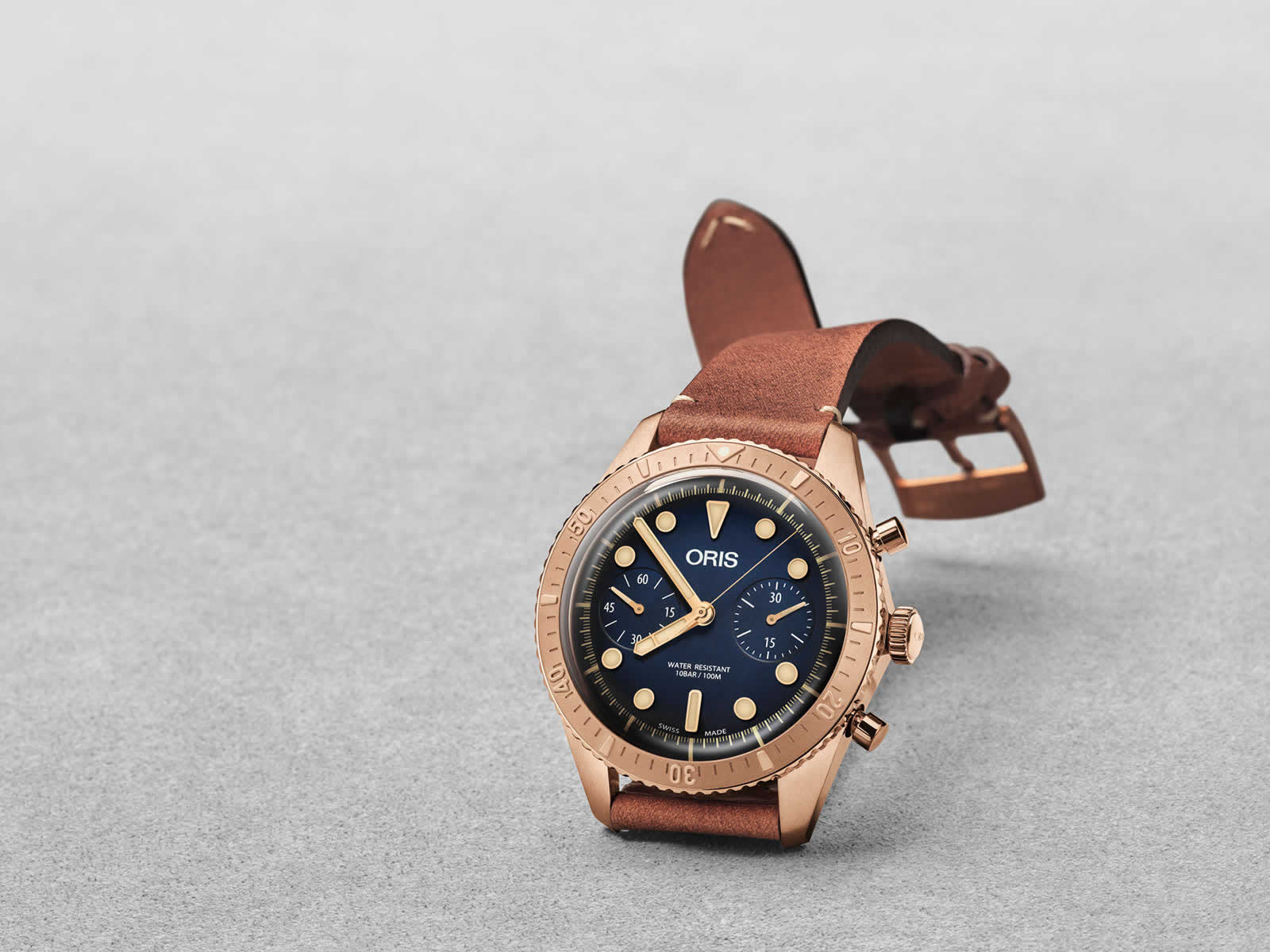 The new model ticks with the Oris Cal. 771 which is based on the Valjoux 7750 clone Sellita SW 510. The self-winding movement beats at 4Hz and offers a 48 hour power reserve when fully wound. 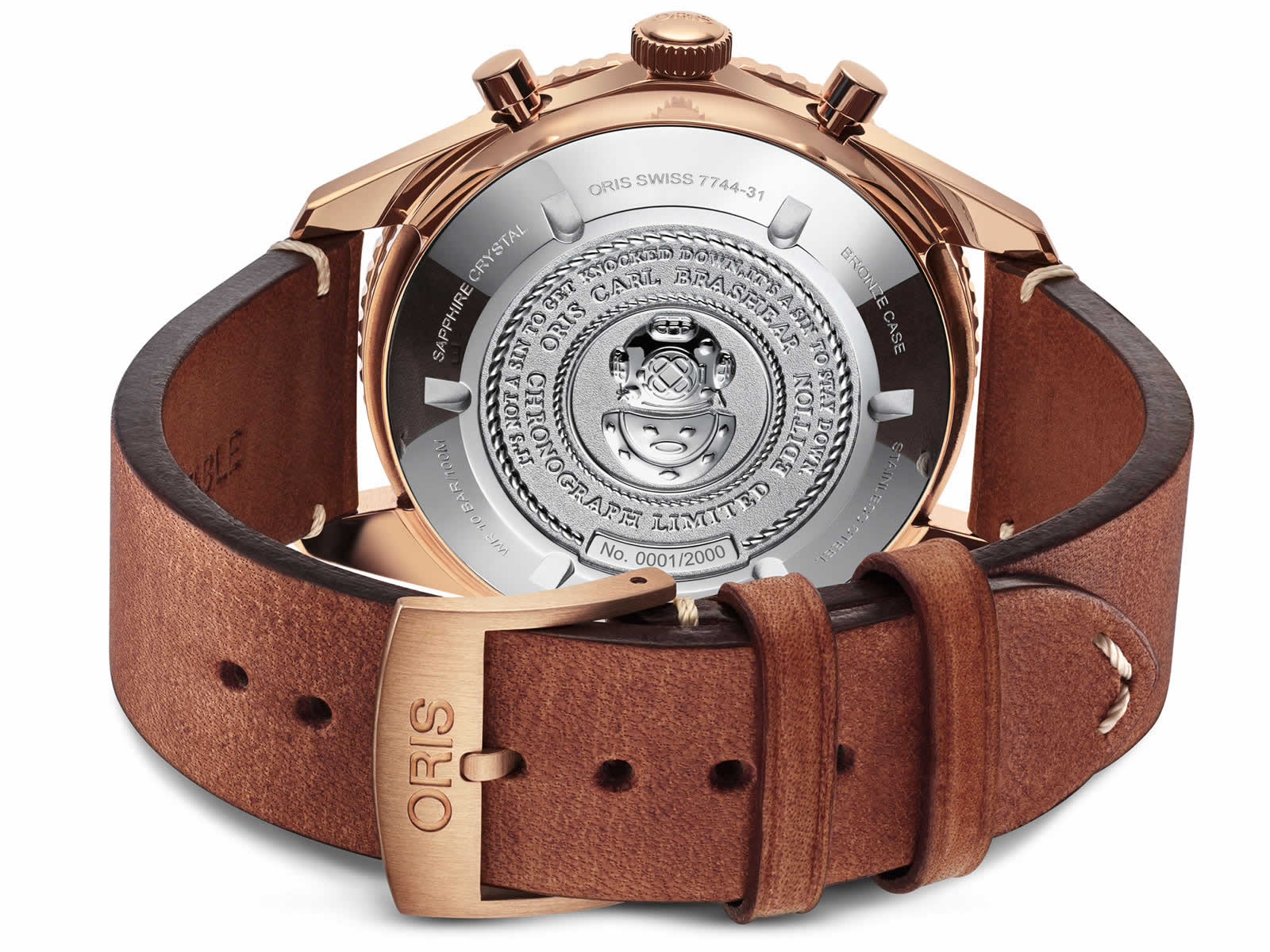 ORIS Carl Brashear Chronograph Limited Edition comes on a brown leather strap that is secured with a bronze pin buckle. The model is limited to 2000 units only with a MSRP of EUR 4,400 / CHF 4,700. 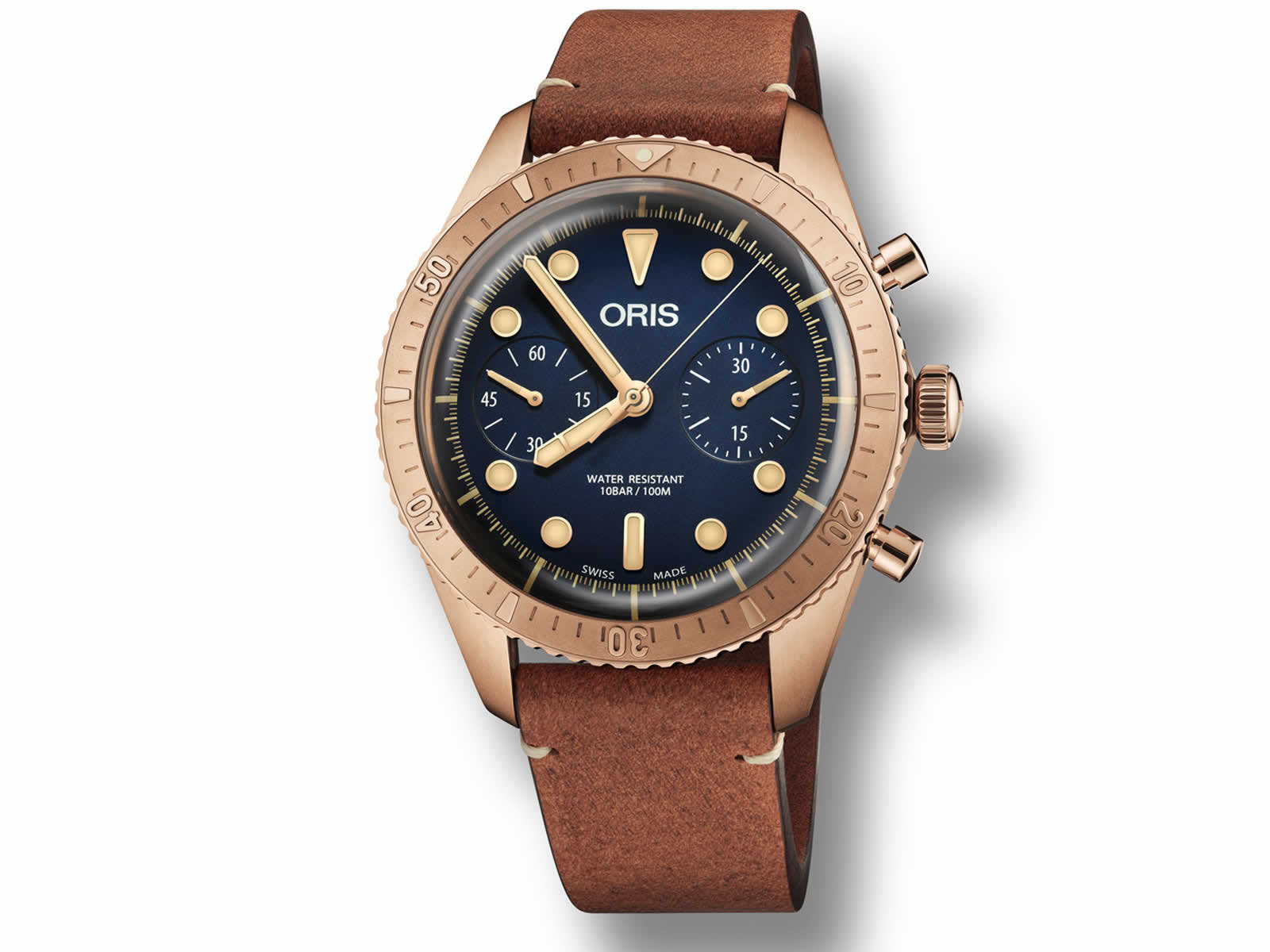