Let’s have a close look at the Gear S2. The model has two style options as Classic and Sport differentiating from each other with the visual appearance only. While the classic version looks more masculine with the leather strap and the serrated bezel, the sport version bears a more unisex look.

The 42.3 x 49.8 x 11.4 mm measuring case is made of stainless steel and it weighs 47 grams. The   IP68 certificated case is capable of withstanding to dust and water however, it is not recommended for water activities like swimming. The watch has a distinct feature among the rivals in the same league – a rotating bezel surrounding the touch screen.

We have witnessed several versions of bezels for different purposes on mechanical  watches. Gear S2’s bezel allows the user to switch between menus and operate the functions of the watch almost eliminating the need to use the touch screen display.

Let’s have a look at the most appealing part of the watch: The Dial. It is impossible to talk about a steady image regarding the 1.2” measuring and 360p X 360p resolution dial. The interface features a vast variety of options. On the other hand, third party developers are working on different themes for Gear S2. The best side of being able to change the look of the dial is having the opportunity to reflect your mood and style.

We know that most users prefer the smart watches for sports and outdoor activities. With Samsung Gear S2, you can monitor your daily activities, your consumption of water and caffeine, your pulse rate and step count. You may also track your jogging route on a map via Nike+ application. Let me remind you that you have to buy a Nike product in order to get the app.

All features of the watch is provided by the EXYNOS 3250 chip set. Beside the 512MB RAM and 4GB Rom, the watch offers 1.9GB internal memory. The operating system is Tizen. Gear S2 connects with Bluetooth 4.1 and the connection is not limited to Samsung mobile phones only but all devices with Android 4.4 operating system and 1.5GB RAM.

Gear S2 sports a 250mAh fast charge battery which can be charged wireless.

The version we have here comes on a soft and comfortable strap with a nice grip feeling. Easy Strap Change works like a charm. There is another strap in the watch box which seems to be thrown in for small wrist users. We are pretty sure that third party straps are on their way. 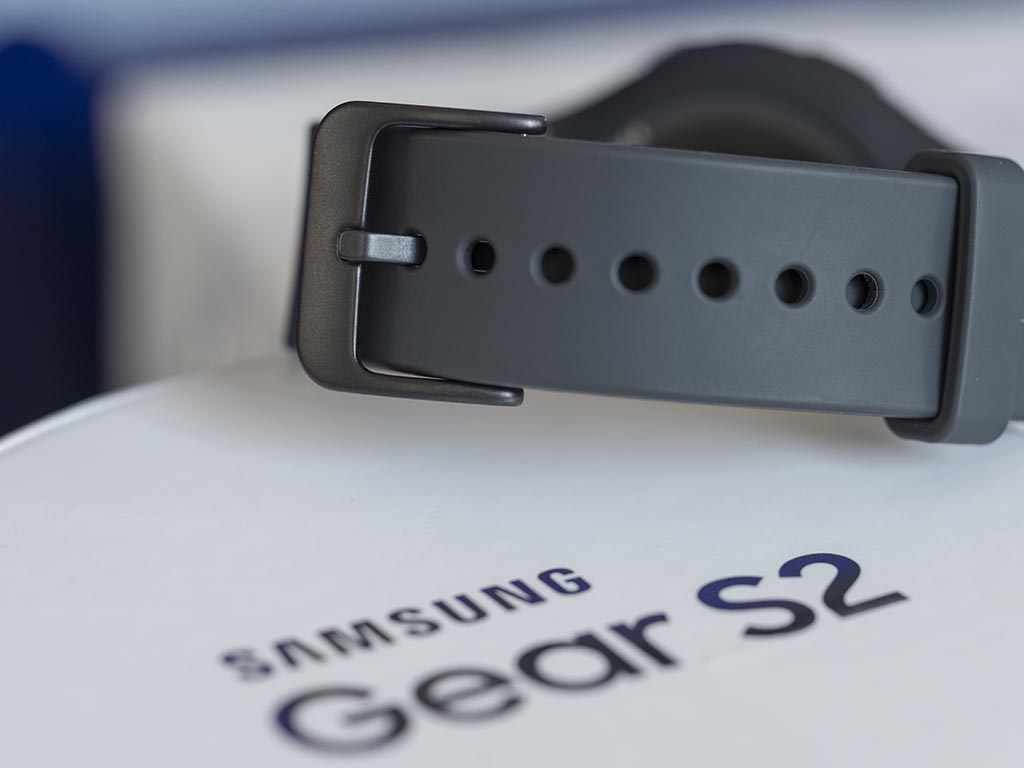 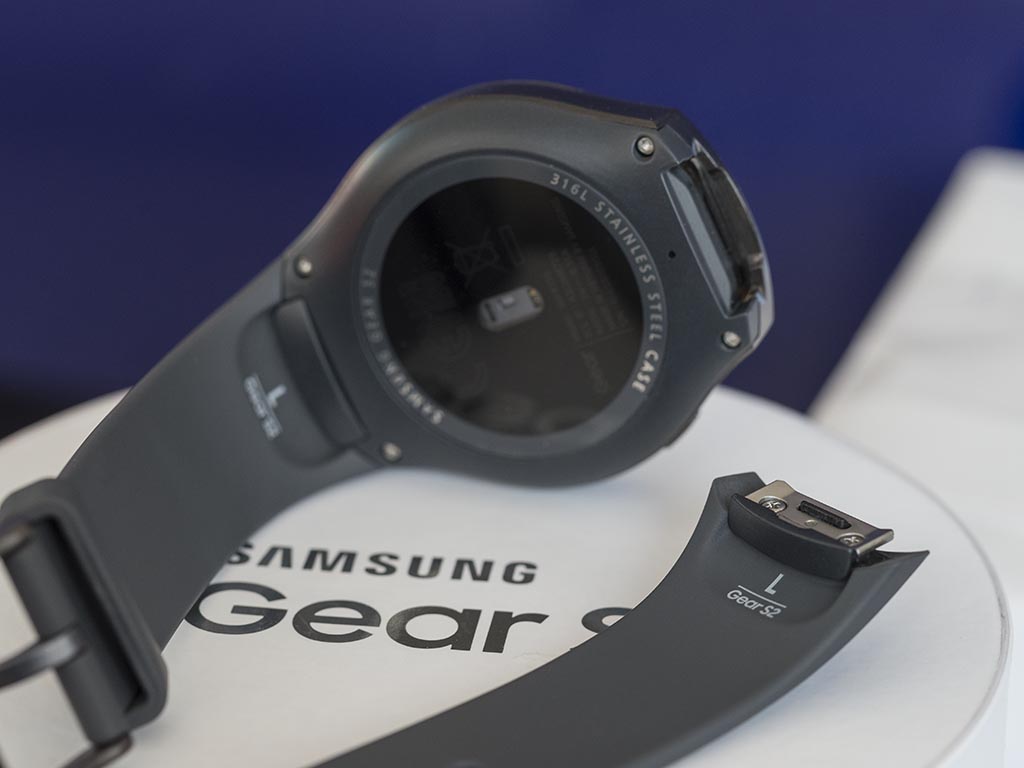 I would like to make a short comparison with the other guy in the market – Apple Watch. The most significant difference between the two watches are obviously their designs. Samsung feels closer to a conventional wrist watch with it’s round design. Technically it’s hard to say one is better than the other but, Apple offers more applications than Samsung and the operating system works a tad more stable. On the other hand, Gear S2 offers way better battery life than Apple Watch. 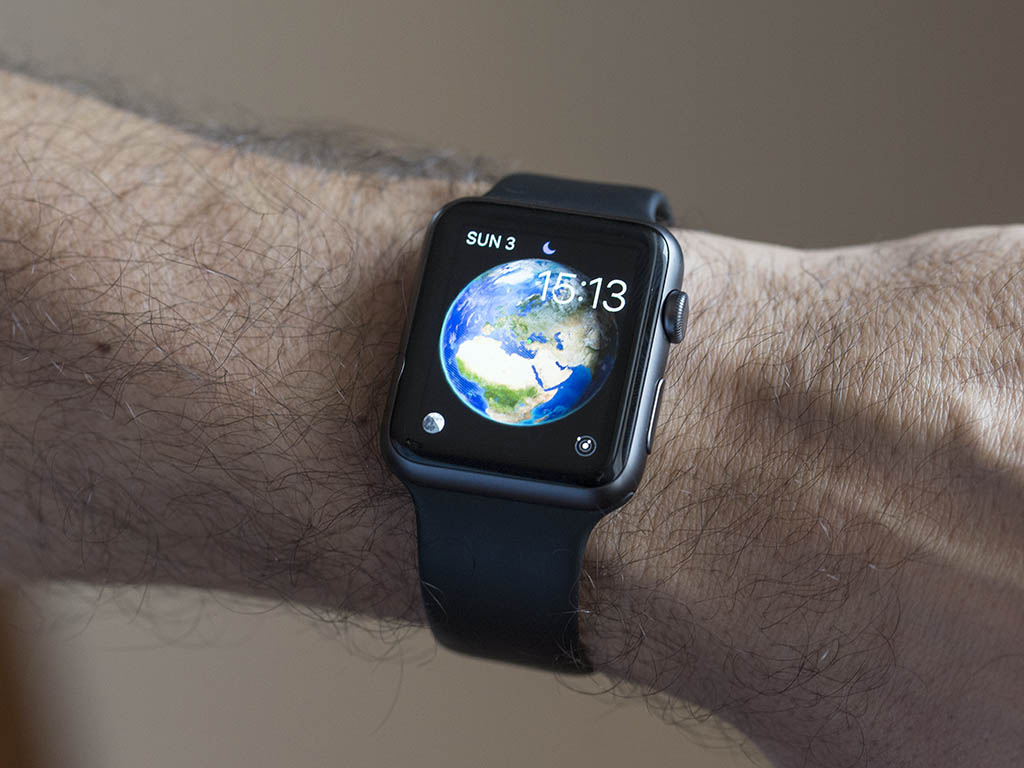 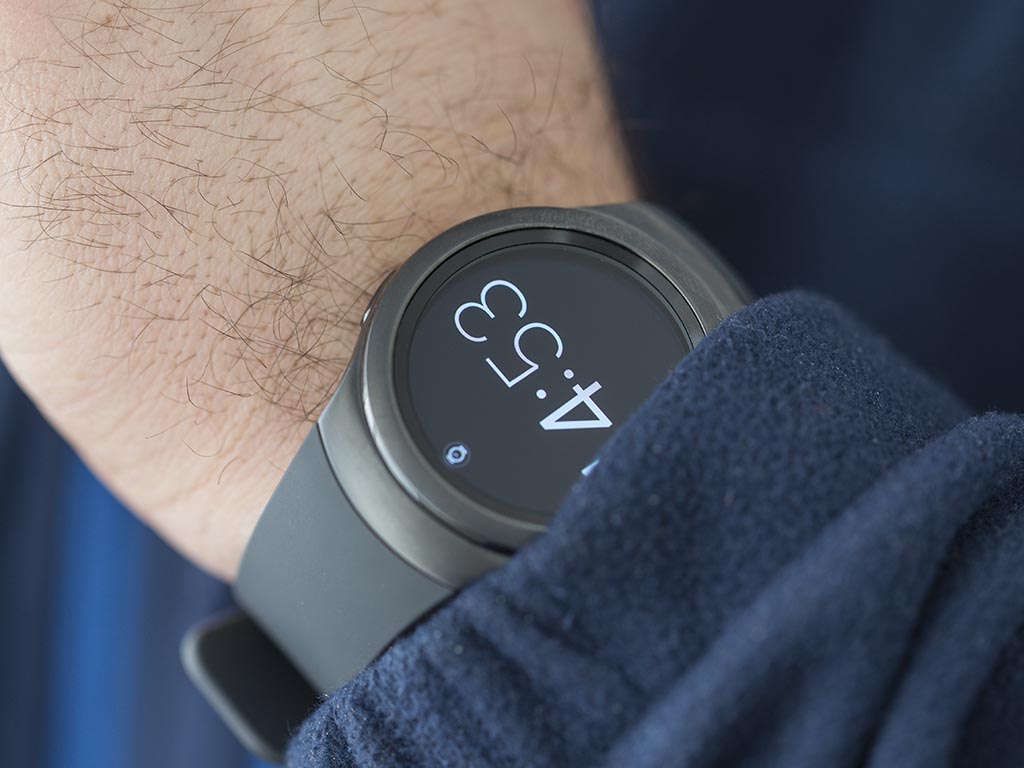 It’s obvious that we’ll be seeing more smart watches within 2016. The competition already jumped to the league of luxury brands and the watch enthusiasts interest grows fast for those smart devices. Stay tune for our next smart watch review.