The wooden presantation box looks quite similar to the recent ones with the exception of cubic form instead of the previous one in rectangular form. The box set includes usual documents and a NFC chip card which I will mention in detail later. 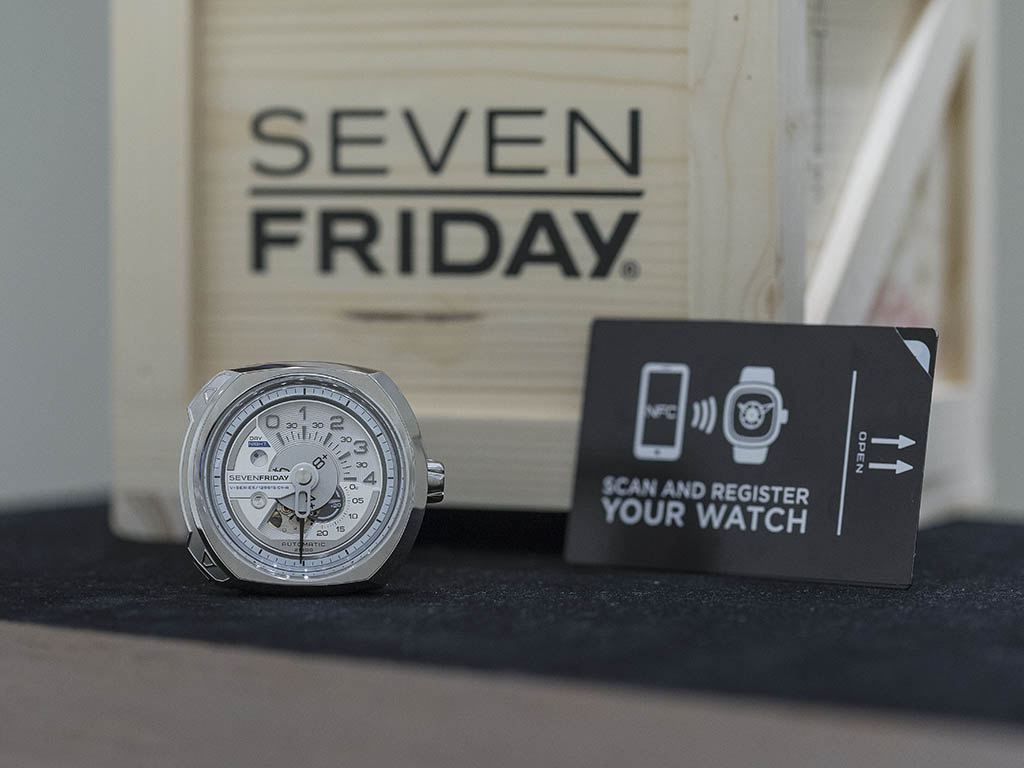 Technically speaking the V Series got rectangular in form with the revised dimensions as 44.3mm X 49.7mm when compared to the previous squarish design.

The case is made of stainless steel and it’s WR30M rated. Personally I am dissappointed with the WR rate stuck at 30M since the 1st generatin SevenFridays as it is not enough even for the every day user. 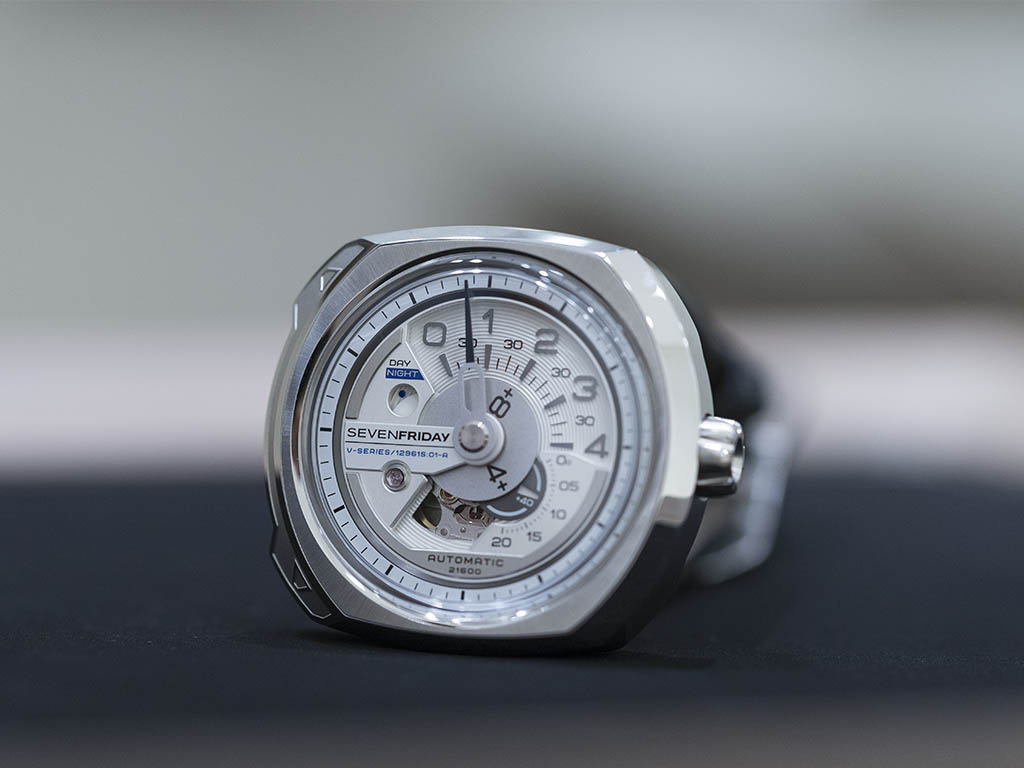 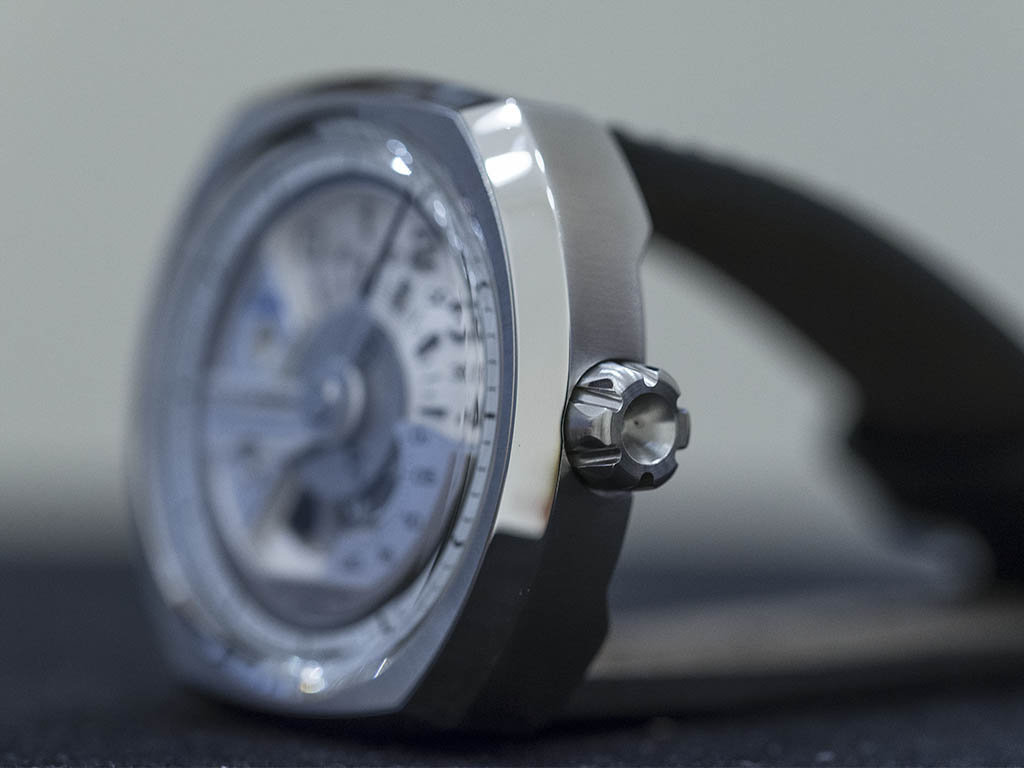 Well, obviously the most interesting part of the watch is the dial.

The single hand indicates the minutes while the rest of the dial takes care of the hours and the seconds by testing it’s user’s basic mathematics level. For example, the watch pictured below reads 10:11. How we say that.? We add the numbers 8 and 2 and find out it’s 10. Tricky.There is also a day/night indicator on the dial which looks obviously normal when compared to the rest of the dial. Although the new dial does not get negative critics at all one has gotta get used to it to read the time precisely. 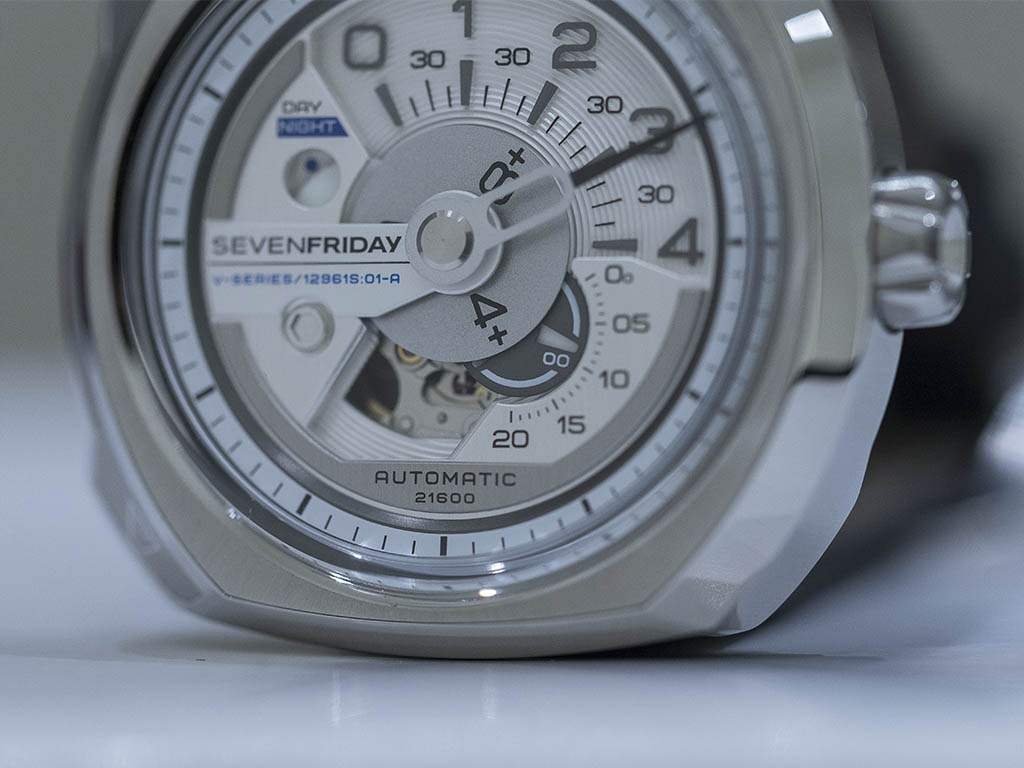 Another handy feauture with the new SevenFriday V Series is the easy strap change system.Design wise speaking, it’s not rocket science. You push the pins on the left side of  the case and release the strap. However it’s a very useful feature as most SevenFriday owners wear their watches with different strap options.

The stap is somewhat very stiff. Maybe it’s because of the watch as it was a brand new/unused one but still a softer strap would be better. I hope it gets comfy after the break-in period. 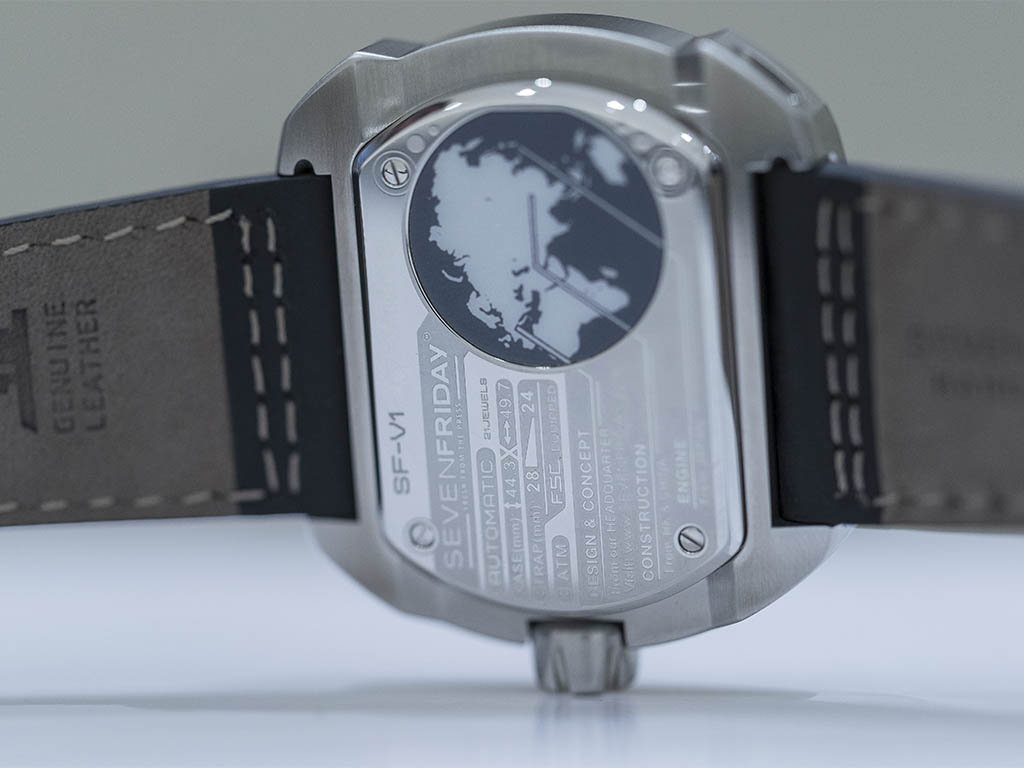 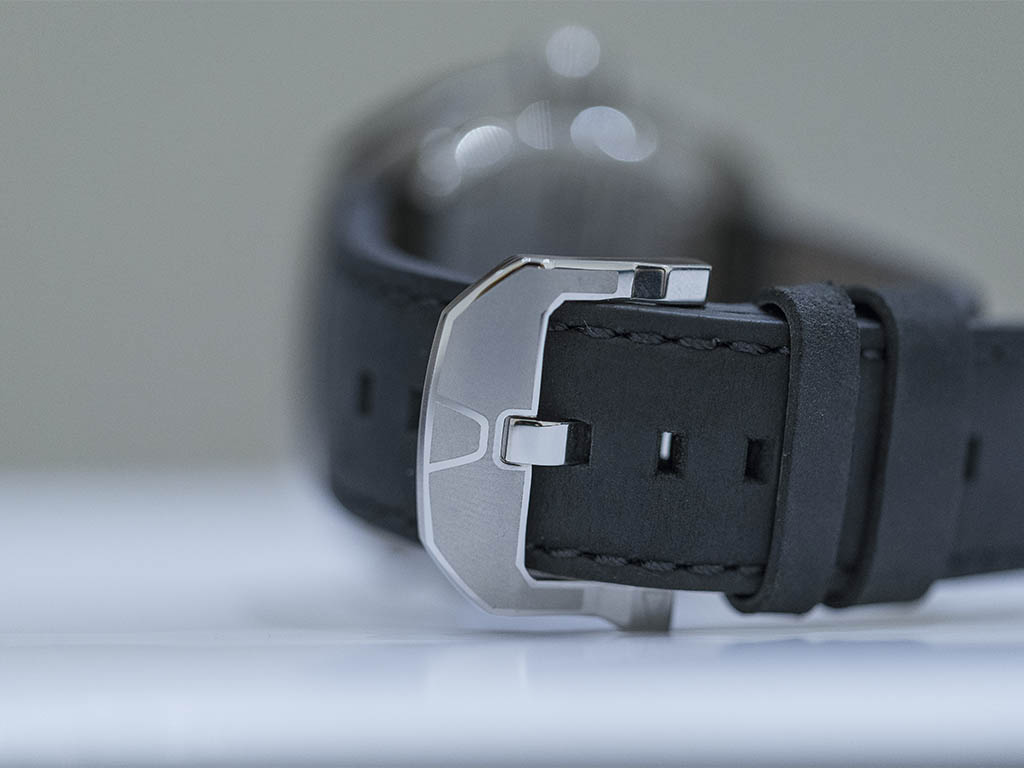 As I mentioned in the beginning, new generation SevenFriday watches come with a NFC chip added to the box set. Thanks to this hi-tech gizmo, SevenFriday owners can actually authenticate their time pieces through an mobile application on their cell phones.

Also I heard that the V Series users are going to be able to contact with each other, share fotos etc. through this chip and the software. I like that chip thing. 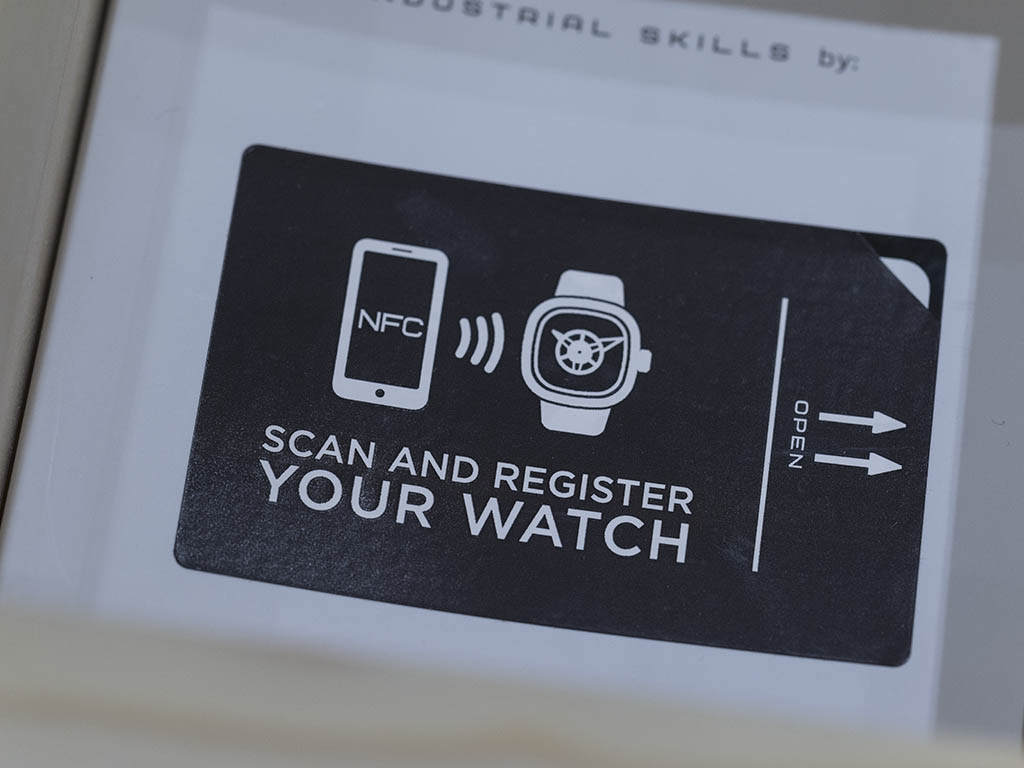 I must admit that I am positively impressed with the striking design of the V Series.By now, the model comes with two dial options only but I am pretty sure that new case/dial/strap options are on the way. 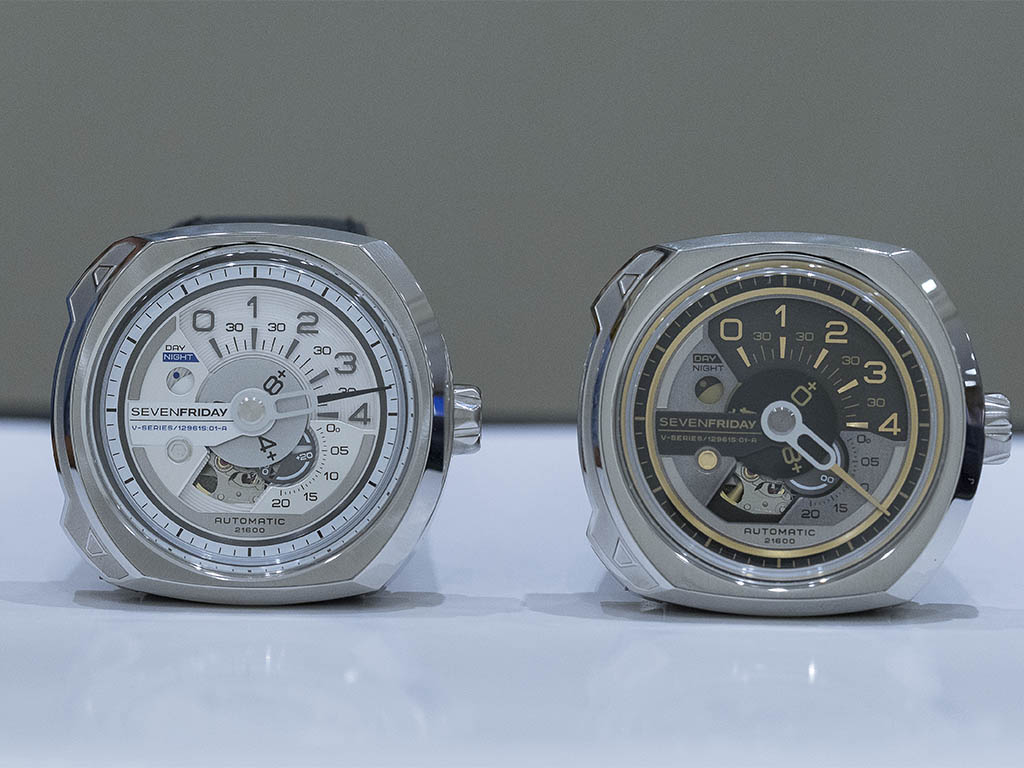 NFC chip authentication and easy strap change system are quite notable improvements making me think that the brand is actually working to get better products instead of relying on the marketing only. I like that too..

Finally, I leave you with the exclusive picture proving the V Series is a perfect poser. 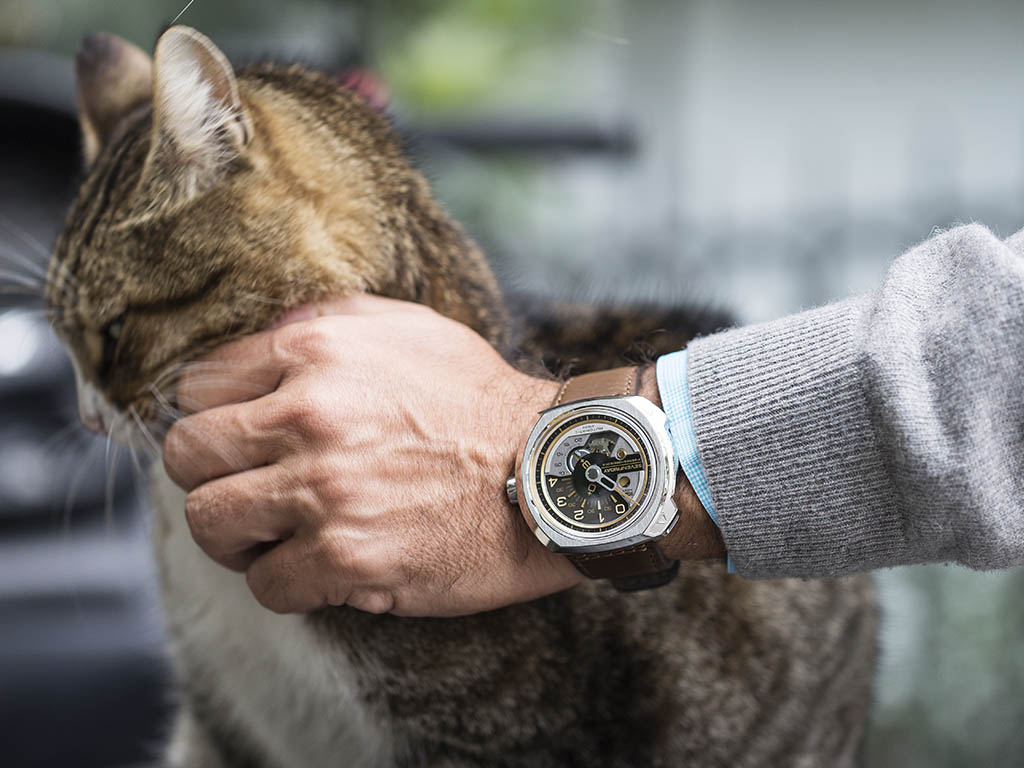 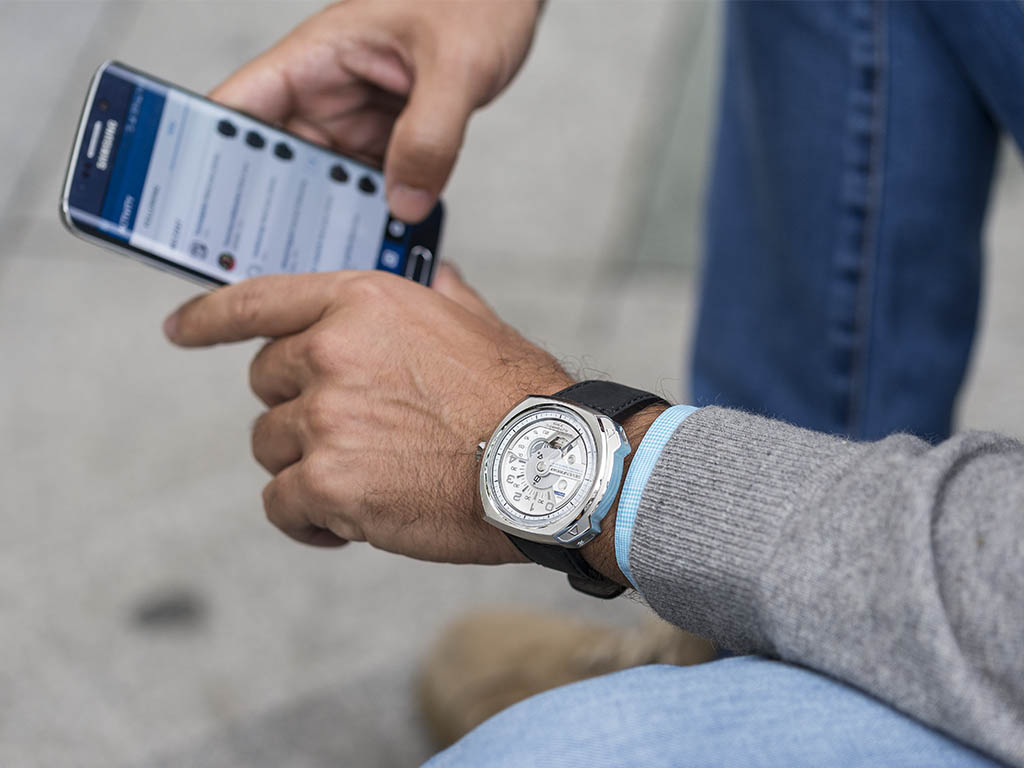 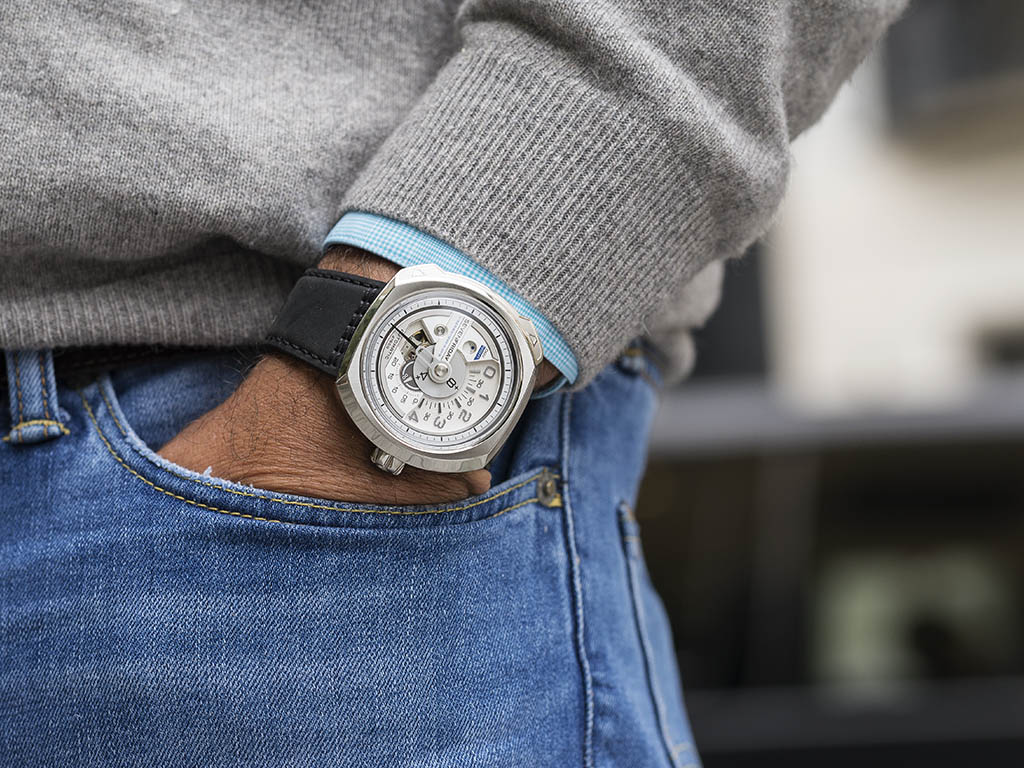