What Should Be The Next James Bond Watch..?

Ian Fleming’s cult character, James Bond, is getting ready to show up one more time in the silver screen. We, as editors of Horobox, advised the world’s most famous secret agent for his new watch. Let’s see who recommended what..?

Before you go move to editors’ suggestions, , we recommend you take a look at the article about the  James Bond Watches, which is composed of three chapters and prepared by Doruk Çelebi.

James Bond’s character has undergone a serious change over the years, with the rapid progress of technology. So serious that, the handsome brunette secret agent of past years is showing up as a blond these days. The Bond who showed up with a Rolex Ref.6538 borrowed from a crew member at the movie’s set has long gone now. In the films shot in the 80s, I think that the secret agent Bond, who turned all of us into amazement when he fired with a fountain pen, could not give the same excitement anymore while blowing up with his Omega Semaster.

While all the conditions are so advanced, thanks to technology, and James Bond’s capabilities are pushing the limits, our secret agent is still on his way with simple-looking timepieces, just like at the beginning. I think it’s time for a radical change. If James Bond is looking for a talented helper to support him in his challenging tasks, it’s a good idea to go for more complicated-looking models. Just think about the scene in “Casino Royal” where our blue eyed blond MI5 agent was about to die in his Aston Martin because of the poison added to his drink. Wouldn’t it be better if he tried to survive by drinking the blue liquid in is HYT H0 Silver rather than trying to inject the antidote in his car..? Yes, I am going to suggest James Bond HYT H0 Silver for his next adventure. If you ask me “What should be the watch for the next James Bond episode..?” I would say Seiko Astron GPS Solar. Actually, the character is familiar with the brand Seiko through the previous movies. It also has many features with advanced technology - not because "Q" added them but because it comes with all those features right out of the factory. In the meantime, the model’s contemporary design allows it to be customized if required. Thanks to uninterrupted satellite connection, it is possible to read the local time correctly all over the world.

The Seiko Astron GPS Solar, which can be charged from any light source, may cause some problems with its 100M waterproof value and not very durable structure, but no problem, what they have the Q for..? Finally, I can also say that the Astron would nicely fit with the "James Bond and the suit" concept. Especially the stainless steel version will do well with the tuxedo. There will certainly be others saying "No way..!  Well, I will ask them; "Where were you to object while they picked Daniel Craig as the new James Bond, who looked like a former Boy Band member with blonde hair..?" Of course my heart desires for Rolex Submariner Ref. 116610 LN. Although Omega has taken Rolex’s place with the commercial agreements, I am sure the loyal Bond fans will agree with me.

The problem is that in today’s consumer society, Submariner has become an overly ordinary choice. The vision of the world’s most charismatic and talented secret agent must go beyond the white-collar dream. In this case, what comes to my mind first is Richard Mille. They are timepieces that can be customized with performance features and technological gadgets for the movie. And also, it can take Bond one step ahead of his enemies during all the hustle and bustle. Richard Mille RM50-03 McLaren. Well, it would not be a bad idea to replace Aston Martin with a McLaren too. So they can continue their British sympathies without slowing down. 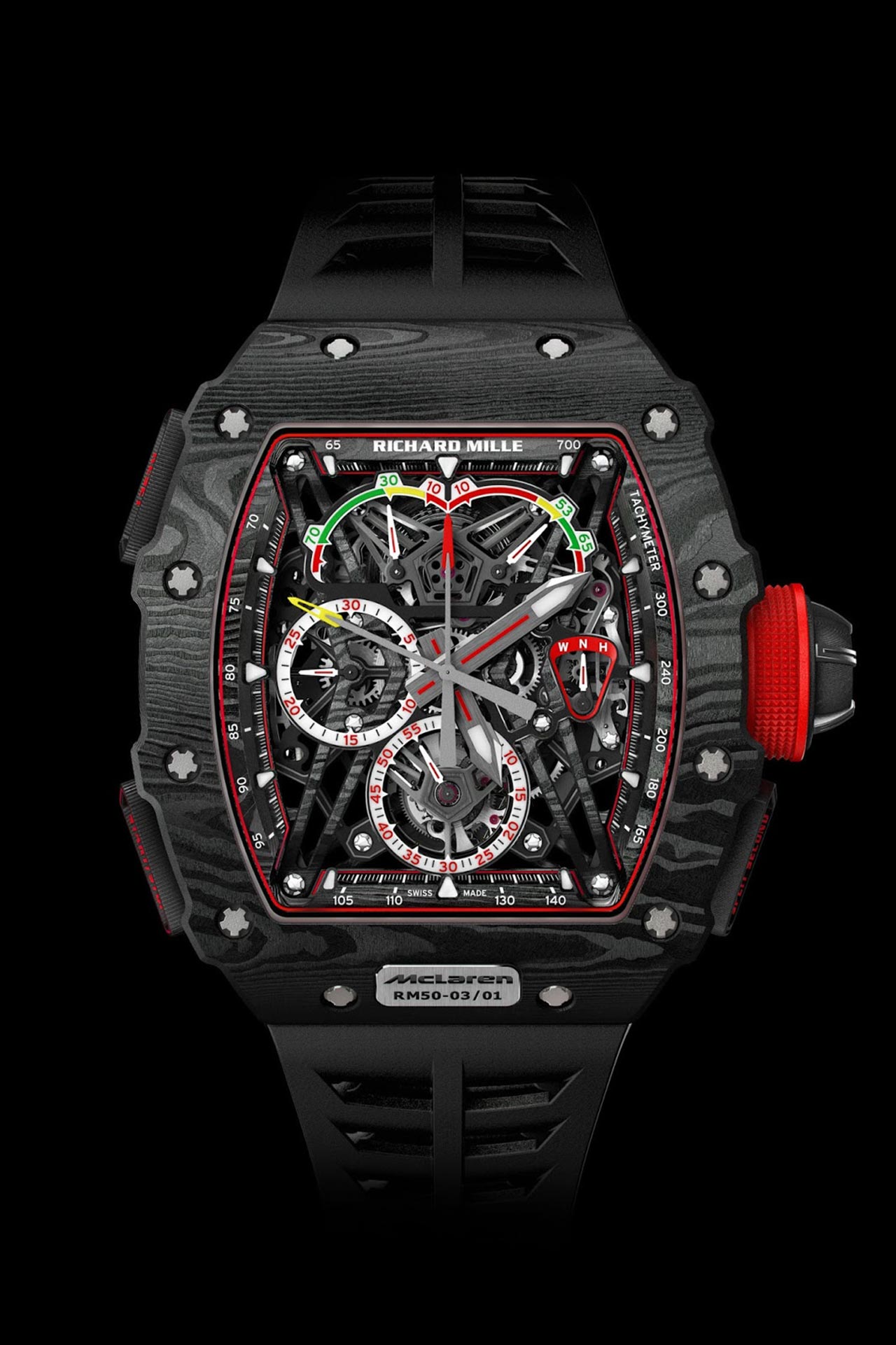 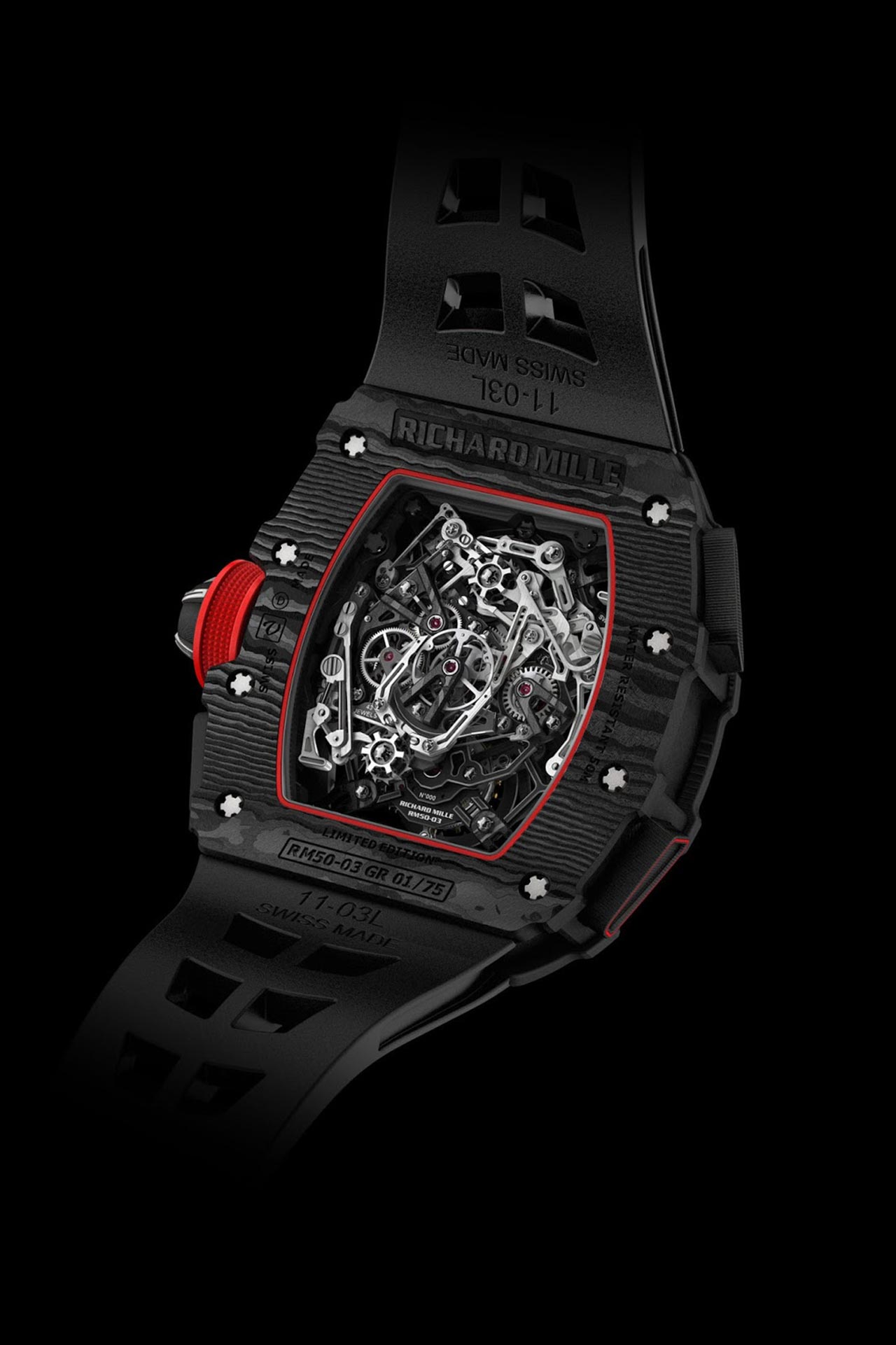 The details of the next James Bond film are not yet clear. It is not even clear if Daniel Craig, who is the sixth actor playing the character on the silver screen, will take a role in the next film. However, it is obvious that the character will have a watch in his wrist with various features.

Despite the brands that Bond preferred previously like Rolex and Omega, I think he should go for more boutique names. In this regard, my choice for my next Bond adventure is Blancpain Tribute to Fifty Fathoms. The timepiece, which will be strapped to Bond’s wrist in water as much as on land with a water resistance value of 300 meters, is also extremely durable against scratches with sapphire glass and bezel. After all, our character should remain his sharp looks while dining with a beautiful woman after a rough day full of combats and fights. I think Q will make the best of the “NO RADIATIONS” writing on the dial. Maybe James Bond will turn in to a chemical treat himself with his Blancpain Tribute to Fifty Fathoms. I do not know if I can notice anything other than Bond in the next film but if he’s going to wear a watch let him make a difference this time and make him wear a Chanel!

Chanel will get the credit they deserve for what they’ve done recently in terms of luxury watchmaking and the watch will suit up nicely with James Bond who always dazzles us with his style. In the meantime, a character like James Bond wearing a watch from a not entirely a watch company type which is also identified with women, will attract great attention.

I say classics are enough, and I expect James Bond to surprise and fascinate us as always, because we are no longer surprised to see IWC and Omega... We can say that James Bond character became more aggressive and more emotionless with Daniel Craig’s superior acting who gave life to the famous novel hero. With the influence of the developing technology, it is also possible to say that Bond is more high-tech than ever, as the years of taking down his enemies with the fishing line that he pulled out of his watch’s winding crown are now behind. Taking all this into account, I suggest him the TAG Heuer Connected Modular 45. Introduced in Baselworld 2017 and considered as the markets most advanced Android based connected watch; it comes in three different options. Connected Modular 45, which has been highly praised by almost everyone including James Bond, is pretty versatile with its different module options. The tourbillon module may hypnotize everyone at the poker table by a single turn, while the automatic module version can set a stealth profile. On the other hand, the connected module will surely be enough to offer unlimited access to all kinds of electronic and digital media.