The Italian origin star of the Swiss watch industry Officine Panerai seems to be determined to keep the show going. The Equation of Time which is considered as the closest form of astrology and horology now meets with the striking blue and appealing brown tones in form of two new models; PAM00656 and PAM00670.

It is a fact that there are useful complications in the world of mechanical watches. In the meantime, there are also some complications those make you feel like you are wearing a piece of art on your wrist. If you ask me, Equation of Time is a great example for the second group.

You may refer to my article about PAM00516, which I had quite a hard time to explain the principal of the complication without being confusing, to have an idea about or simply recall what Equation of Time really means.

Panerai launched two different models during SIHH 2015 exhibition which lead the watch enthusiats in to great appreciation and excitement. The Equation of Time, which is generally offered with other complications sharing the same movement, was first designed on its own in a timepiece with PAM00516 and PAM00601 models. The watch enthusiasts who had to spend over 100.000,00 EUR to own an Equation of Time equipped timepiece had the opportunity to get this simply emotional complication with a remarkably lower budget.

Panerai who used to launch its new models mostly during exhibitions acts differently this year. Presenting its new models in relatively short intervals, the Italian origin brand provides a great momentum to the Swiss watch industry.

Panerai which hosted this year’s most memorable organization with Dive into Time event, keeps making a name for itself with an addition of 2 new models to the existing Equation of Time function timepieces.

I believe reviewing the new models together would be the best way as the models are distinguished by the dial colors and strap designs only. 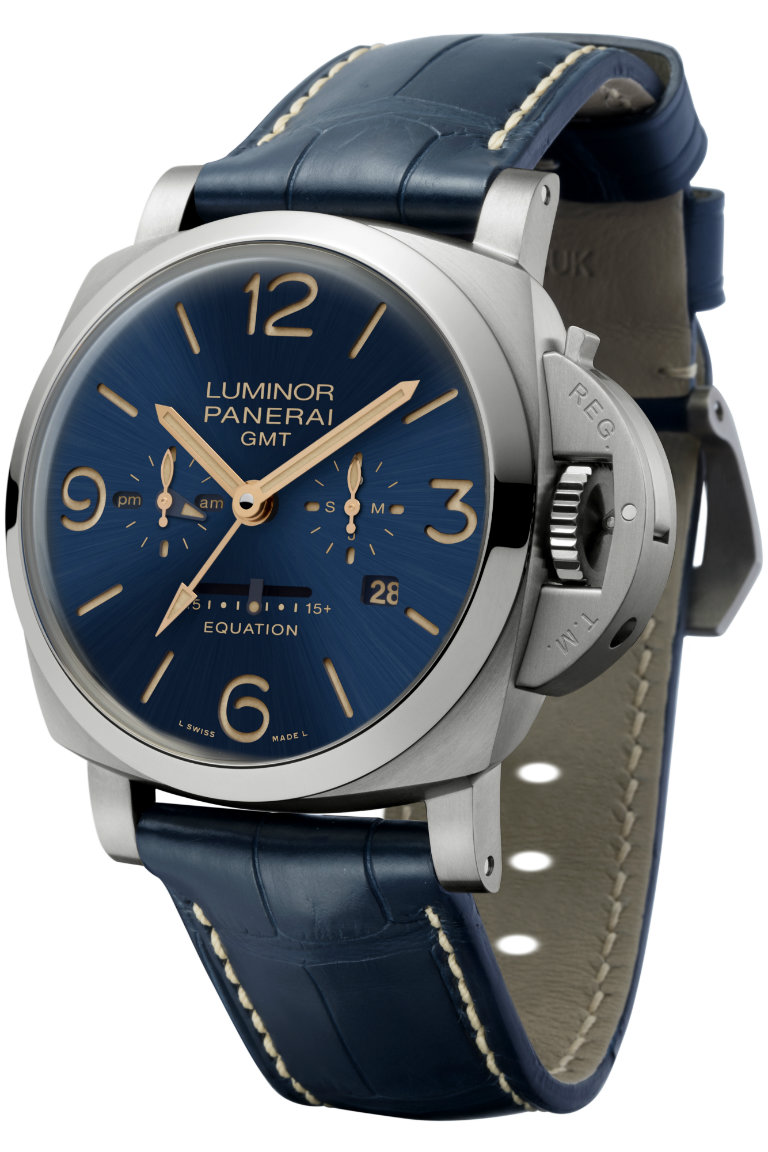 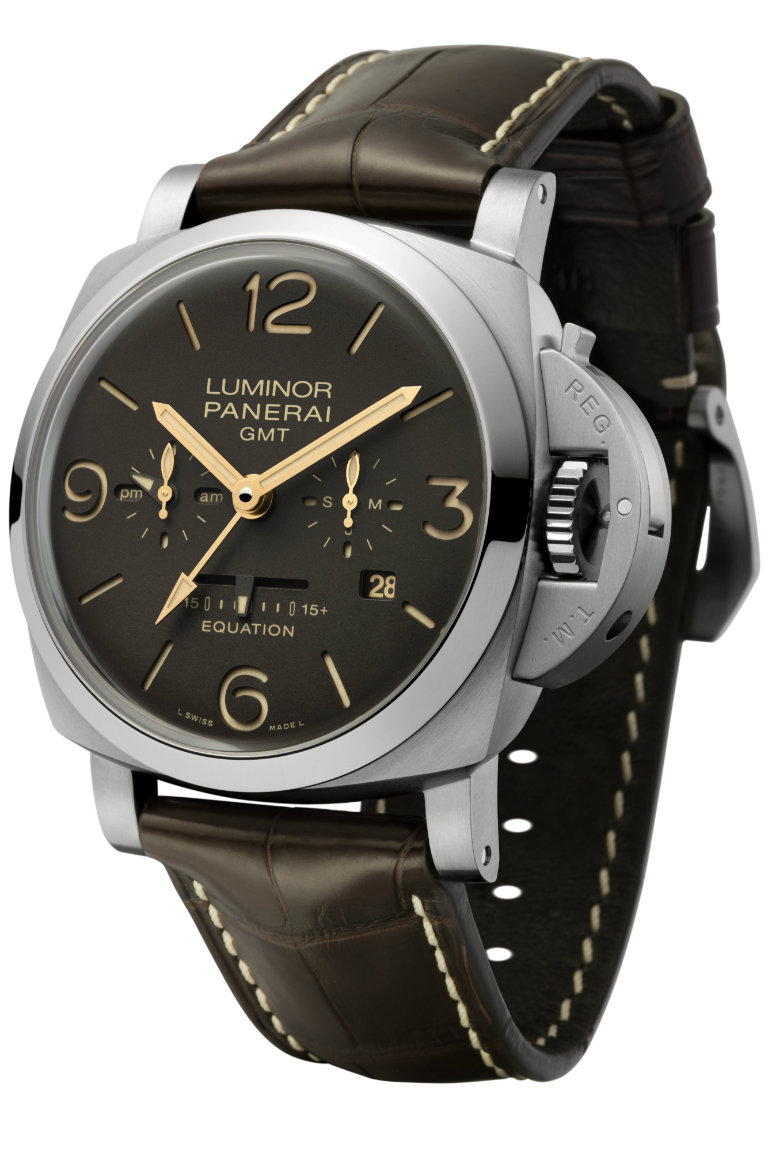 The 47mm Luminor 1950 cases are made of brushed titanium unlike the former models of the collection. PAM00670 bears the recently added blue tone on its dial. The striking dial is accompanied with a blue crocodile strap which completes the watch nicely. 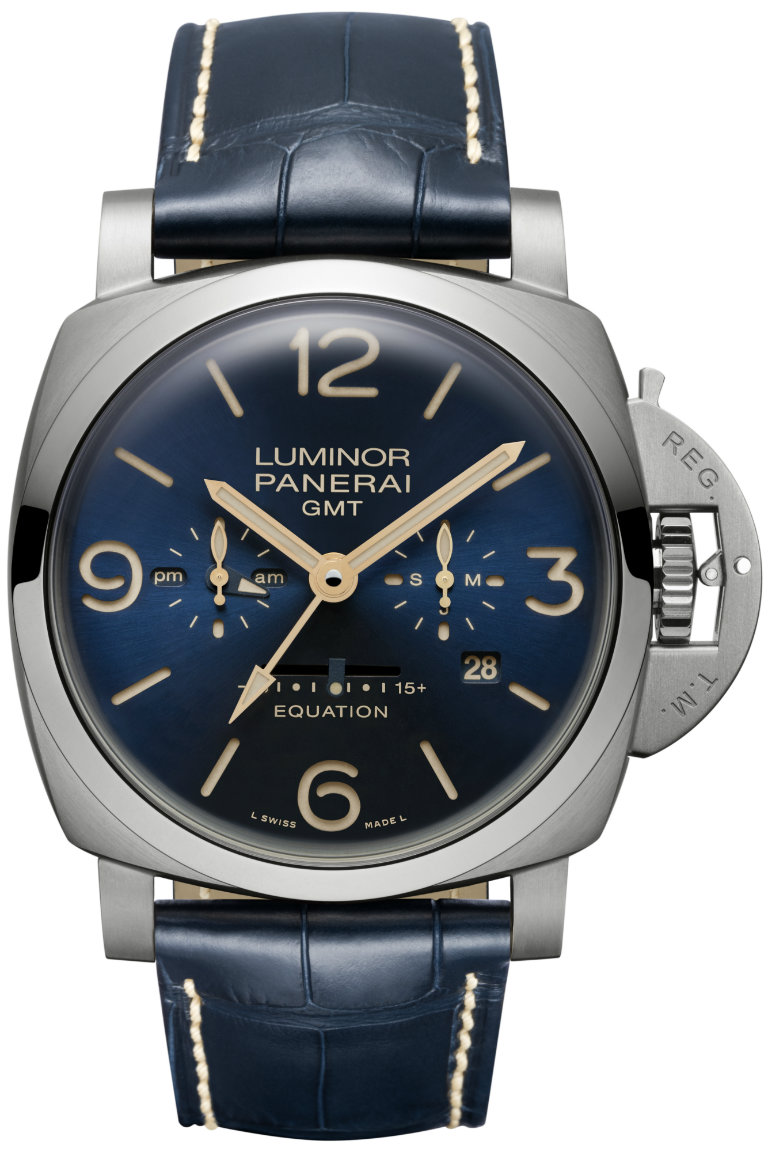 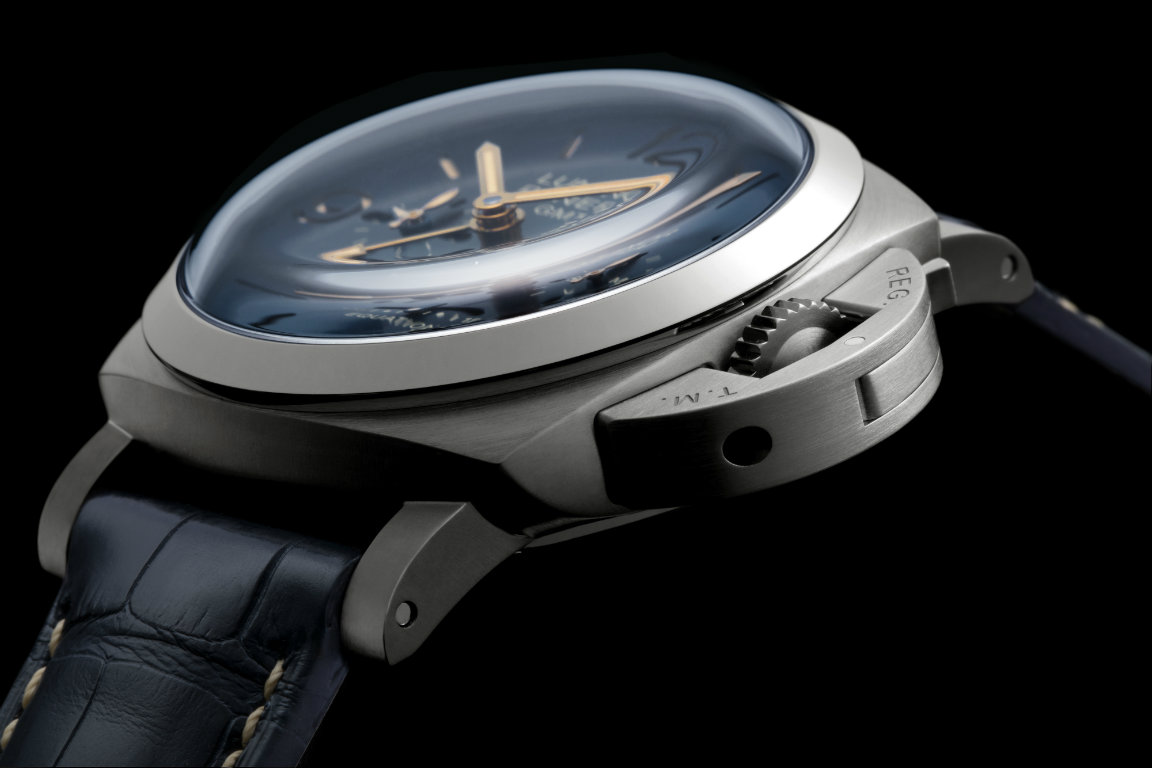 The same harmony is captured by the brown color on PAM00656. Officine Panerai tributes to its past and navy related heritage successfully with the colors chosen for both models. 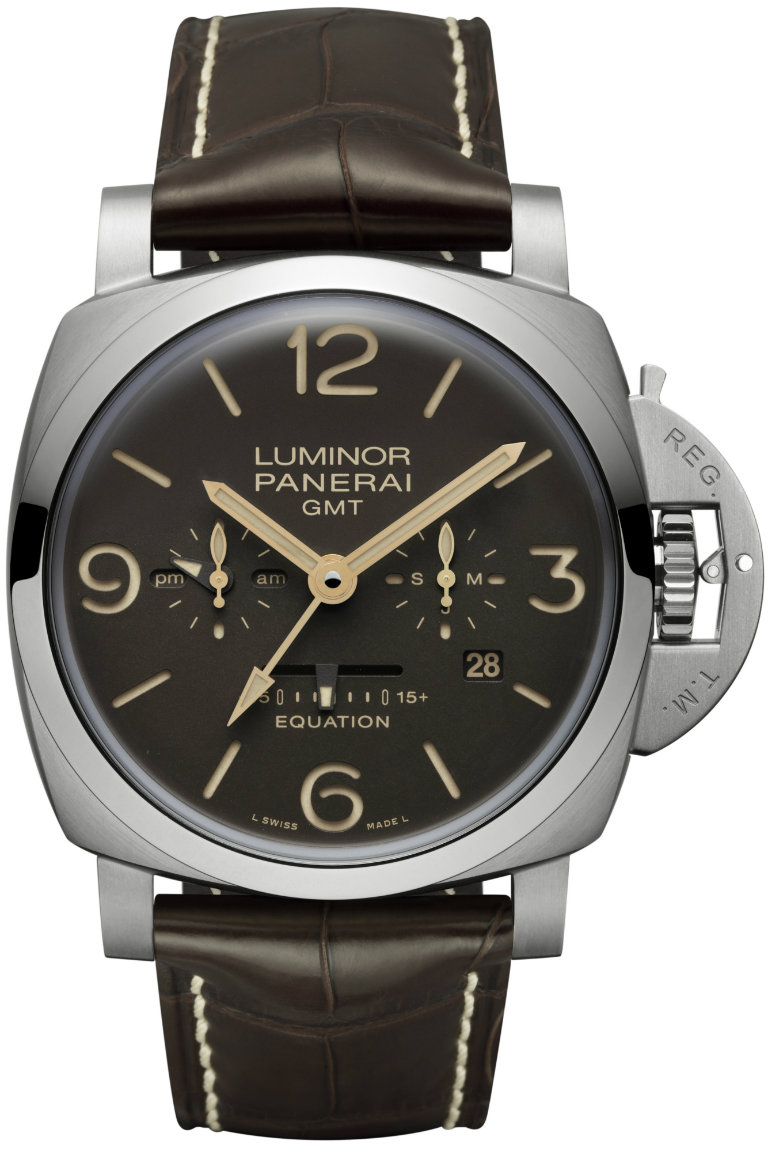 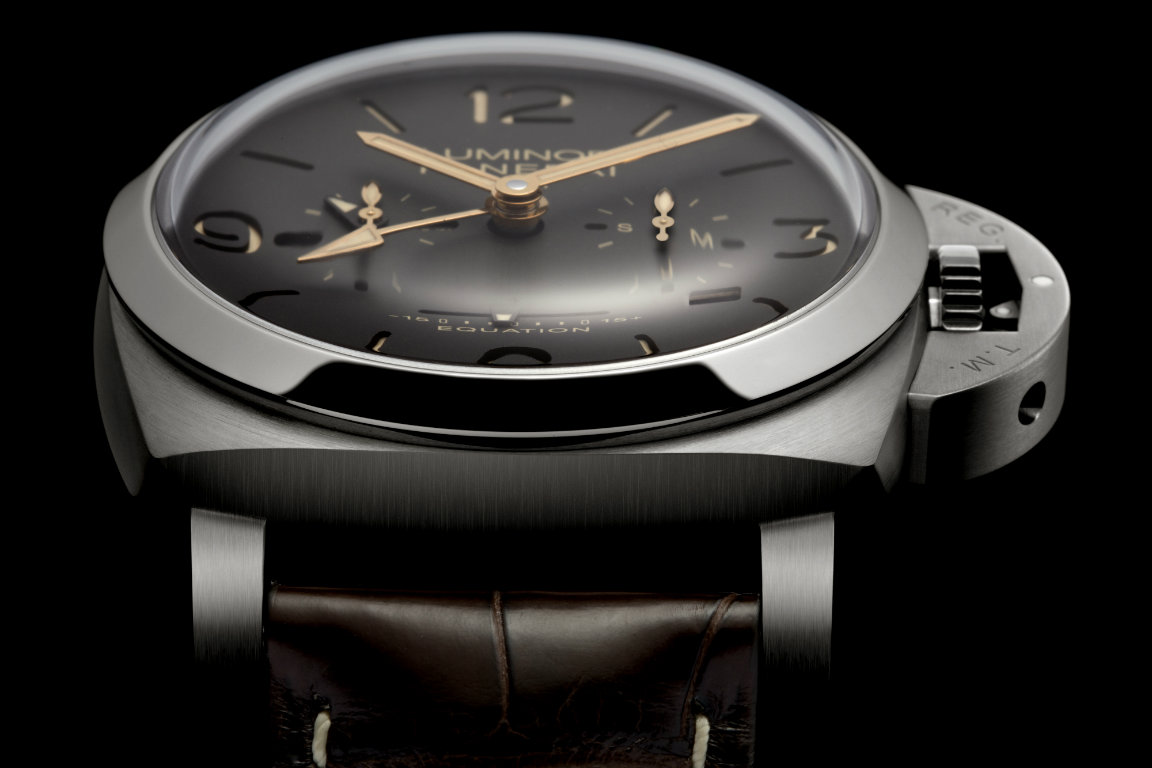 The sandwich dials features almost the same design details with the previous versions except a minor difference in lay out. The important update is the cleverly embedded GMT function. The small second ring located at the 9 o’clock position features the day/night indicator which we are familiar with other Panerai models. 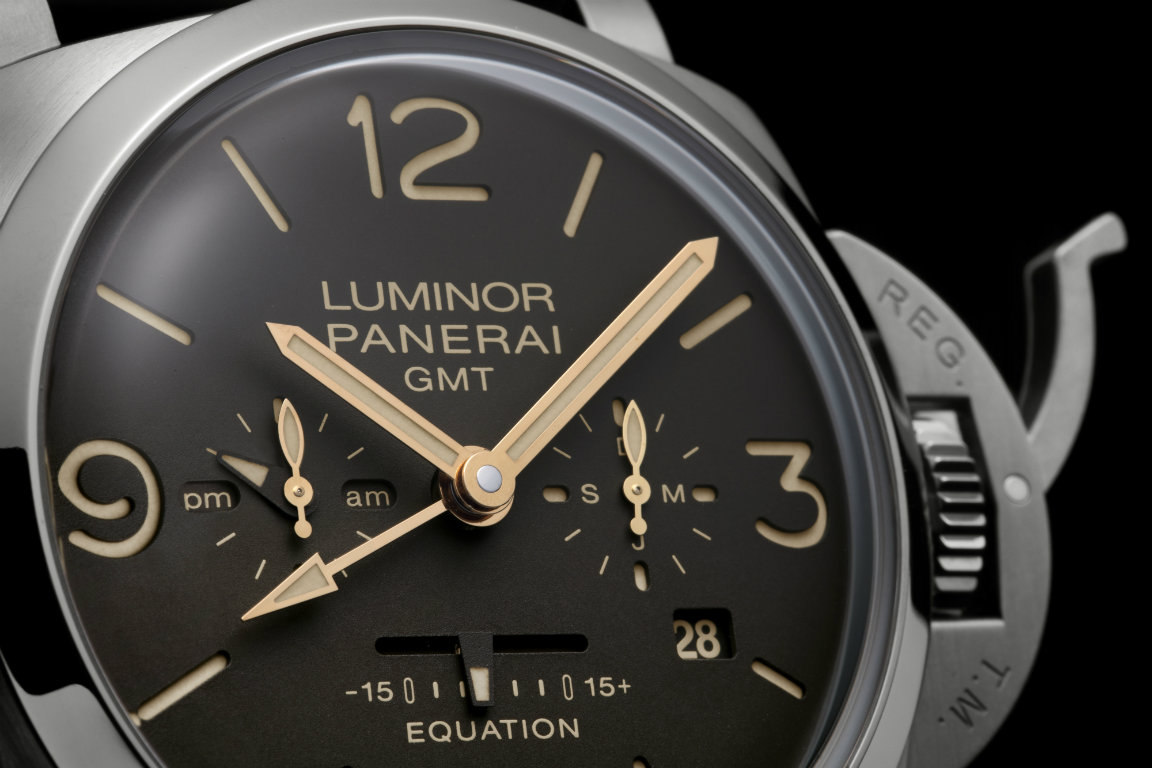 The linear indicator which became like a trade mark to the brand is present on the dial however; it’s assigned to show the Equation of Time differences instead of power reserve. The +/-15 seconds per day time differences can be monitored via this indicator. The power reserve is moved to the back side of the caliber and can be seen through the display caseback. 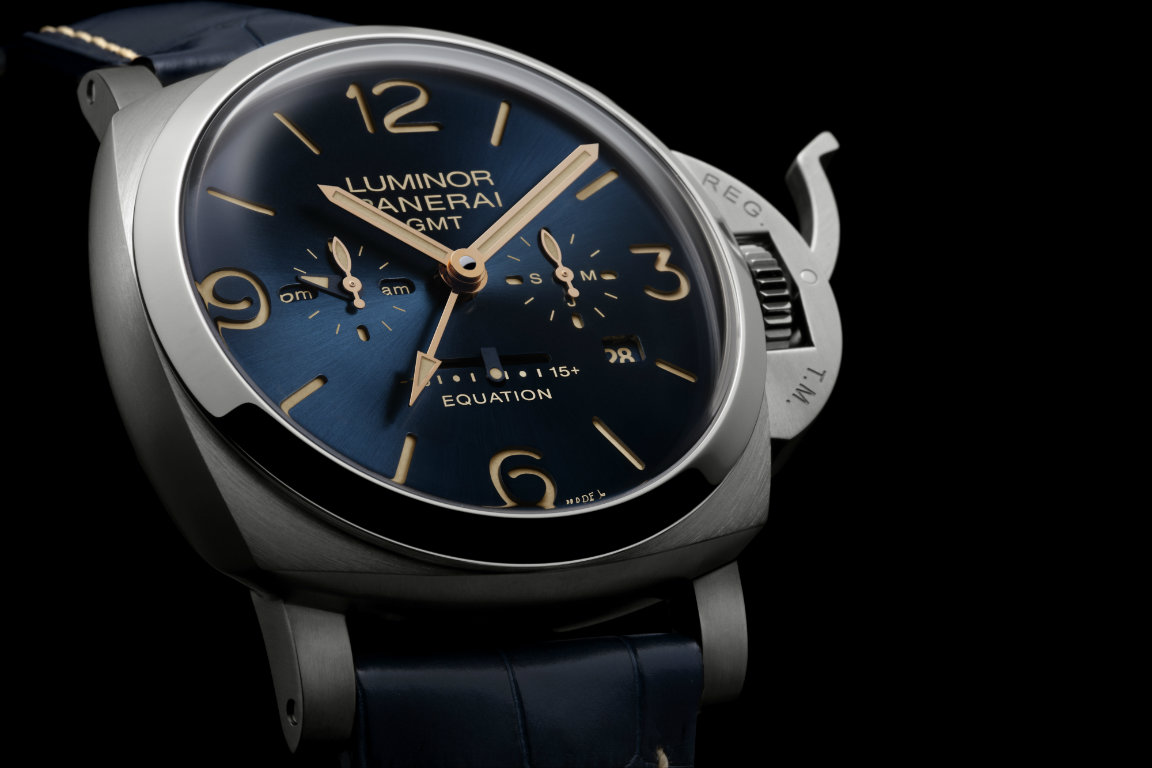 The movement P.2002 is known as the first fully in-house caliber of Panerai. The new Equation of Time models feature the Caliber P.2002/E which is a modded version of P.2002. The movement offers 192 hours of power reserve when fully wound.

The case features sapphire crystals on both sides and a WR rating of 100 meters. 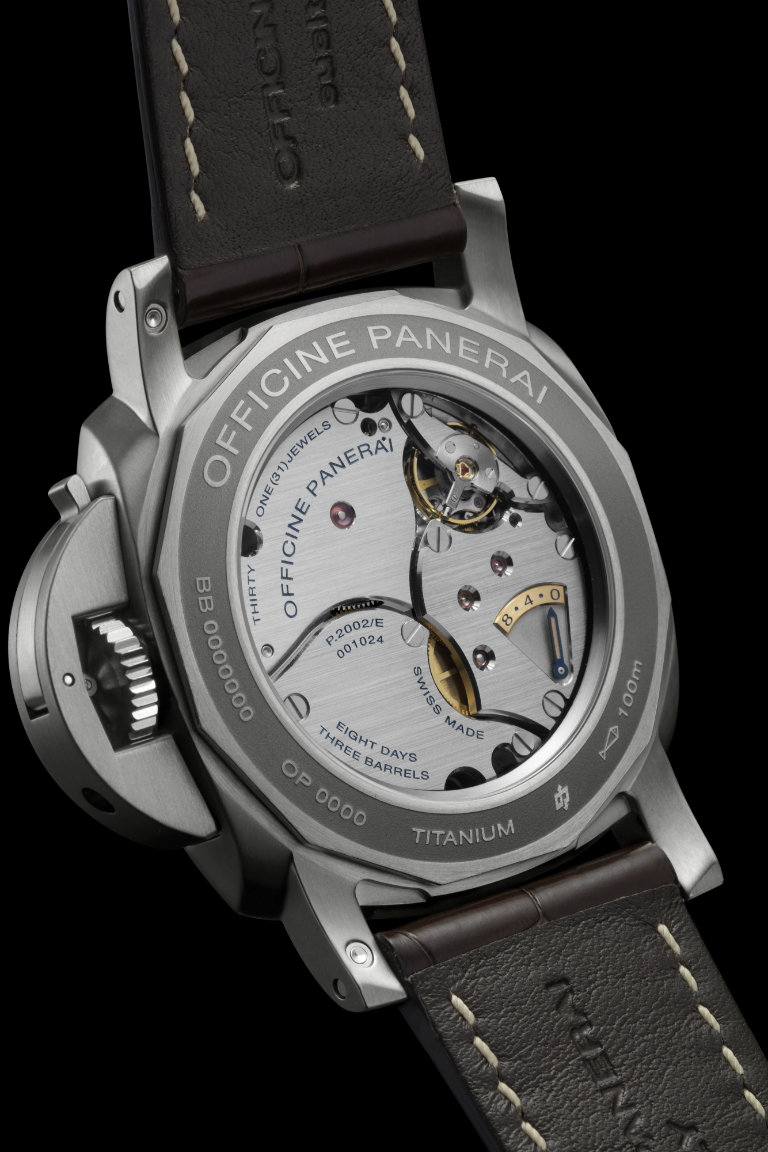 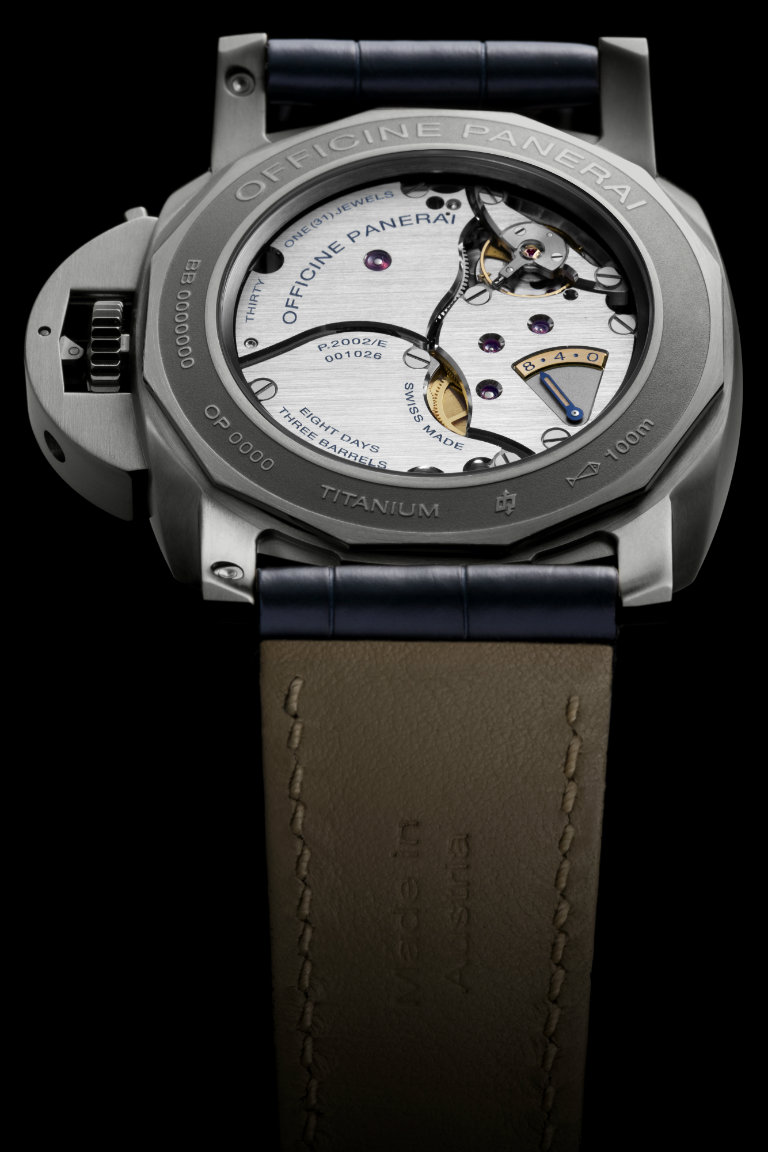 Unlike the previous models, the new timepieces are listed under the standard collection. The new models will be produced in 500 pieces each for every year with a MSRP of 21.000,00 EUR.

As a watch collector and a loyal Panerista, I must say that the new models are flawless. The negative points about the previous version which I followed in my fellow watch enthusiast friends and internet community are simply worked off.

The previous versions were listed on the heavy side and said to be a bit uncomfortable if worn for a long time. I am sure the use of titanium will help this problem to be solved. On the other hand, the lack of GMT function on such an important movement like P.2002 was highly criticized. The new models have solved this issue as well.

The last but not the least mentioned, the lack of 3 o’clock marker is recovered and the date display was moved to a better location.

The new models will be offered with a pair of straps in the box sets and hit the stores on November 2016.